We've been staying busy here, finishing up the school semester, ramping up for Christmas, and enjoying as much of American life as we can.  Here's a little slice of what we've been up to lately: 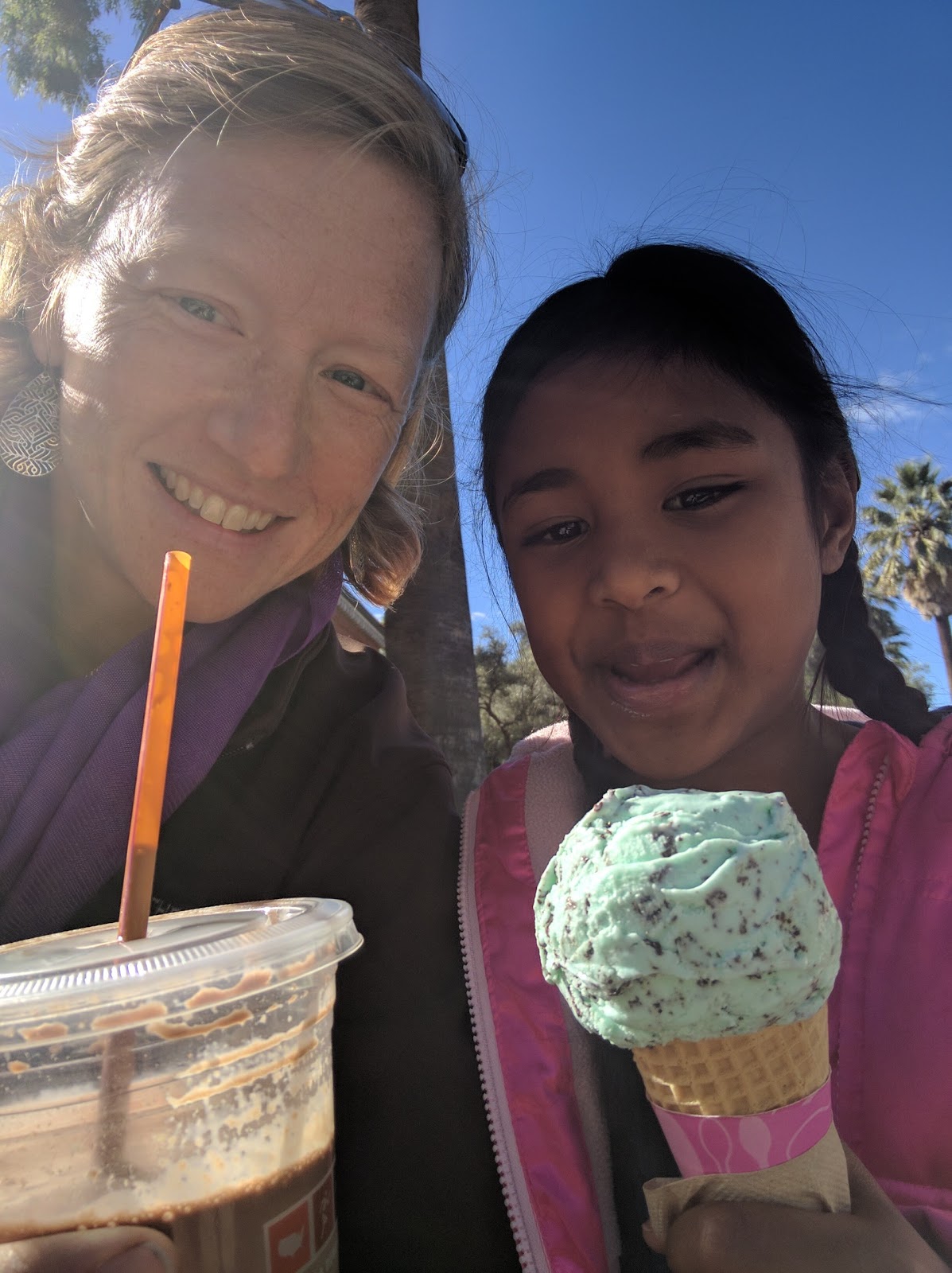 Sky loves the Sound of Music so I took her to see it on stage for her birthday.  We had lunch and ice cream together first and it was so great to spend time with just Sky.  She's hilarious and asks the best questions! 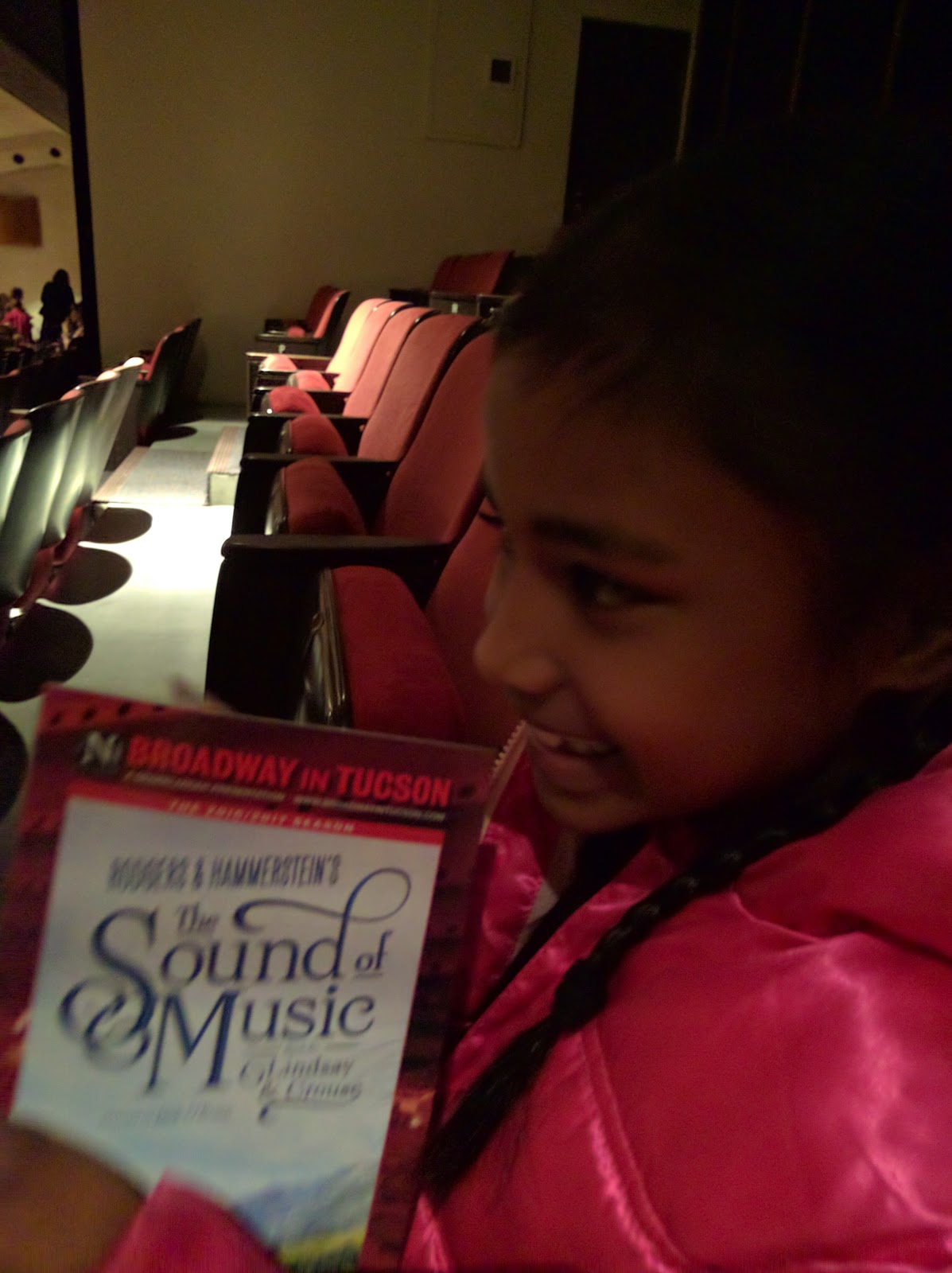 The snow birds are back in Arizona and that means that the toy train museum is open again!  The boys had such a good time when we went in April so I've been watching for another afternoon when the whole family could go.  We were too late to ride the big model train outside but the kids still loved running around pushing buttons and D geeked out with the model builders (and pushed some buttons too!). 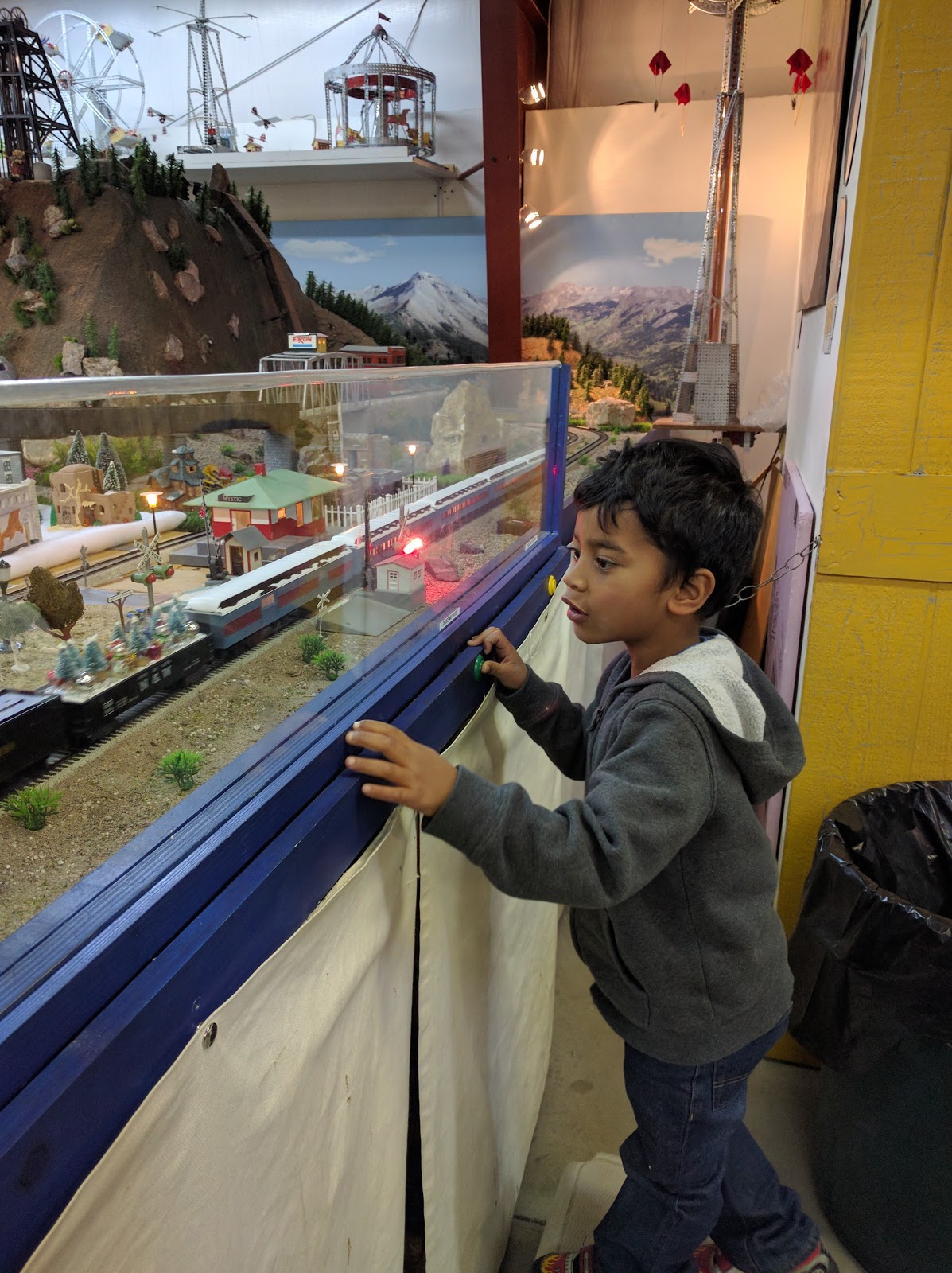 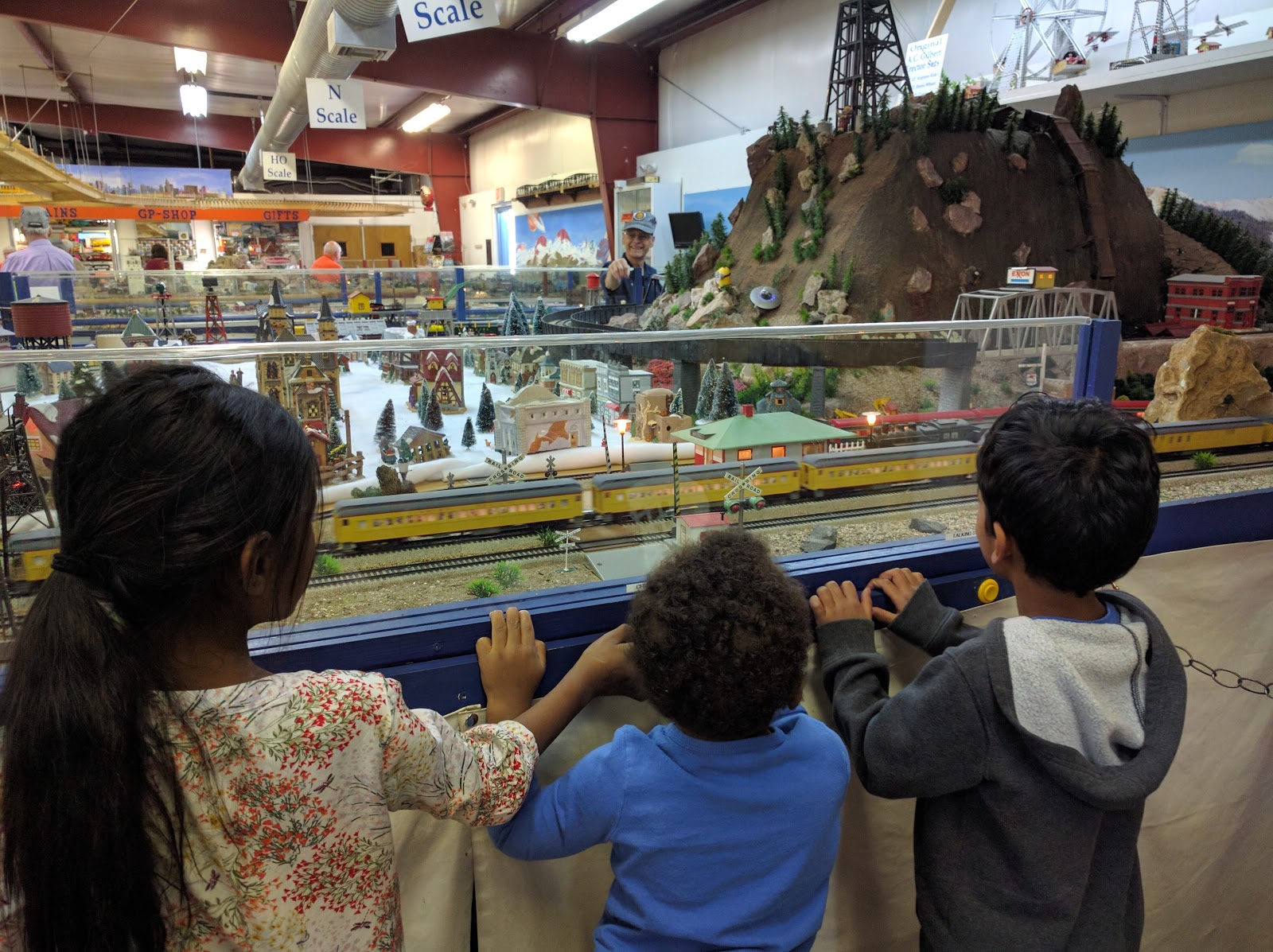 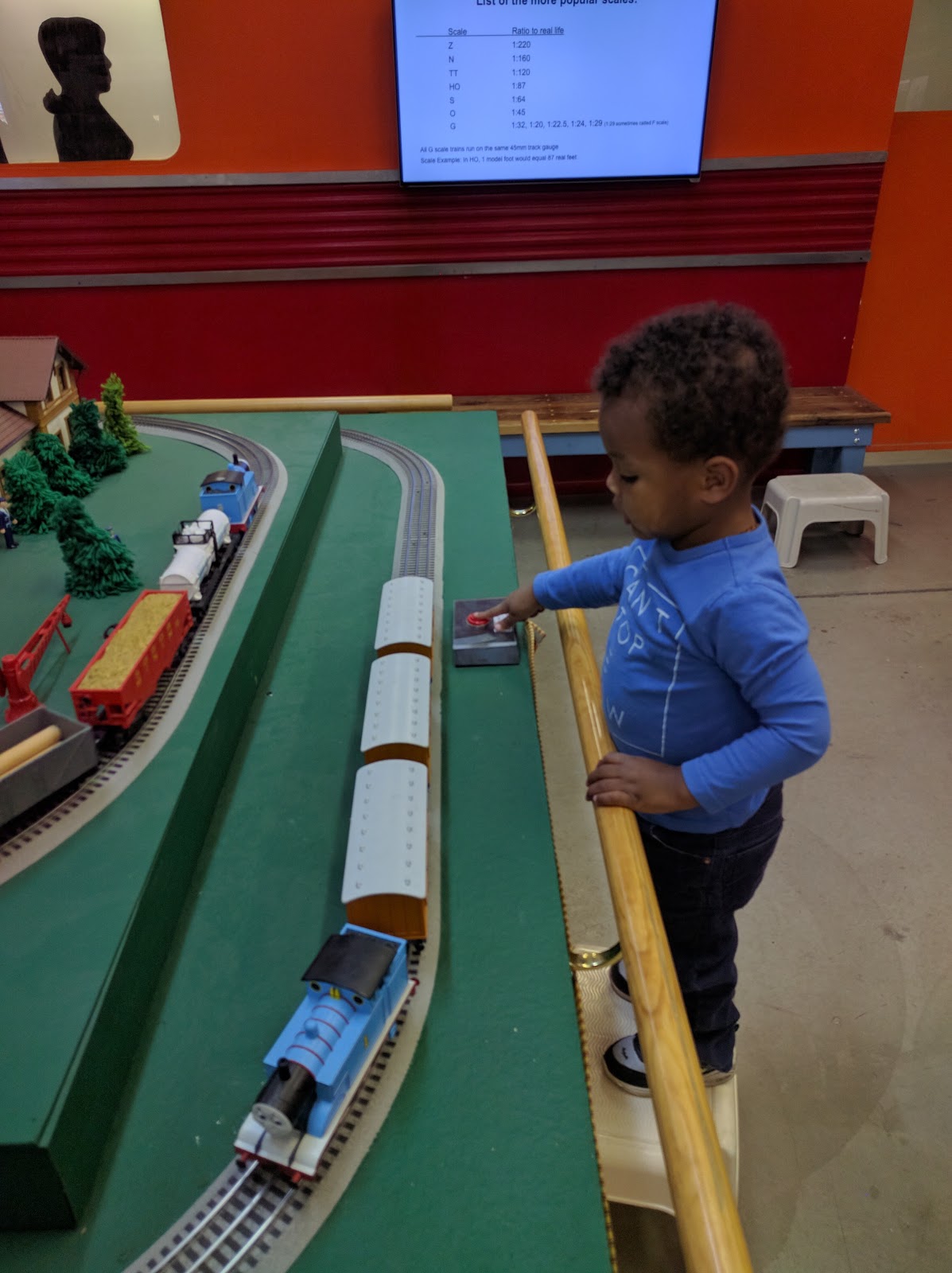 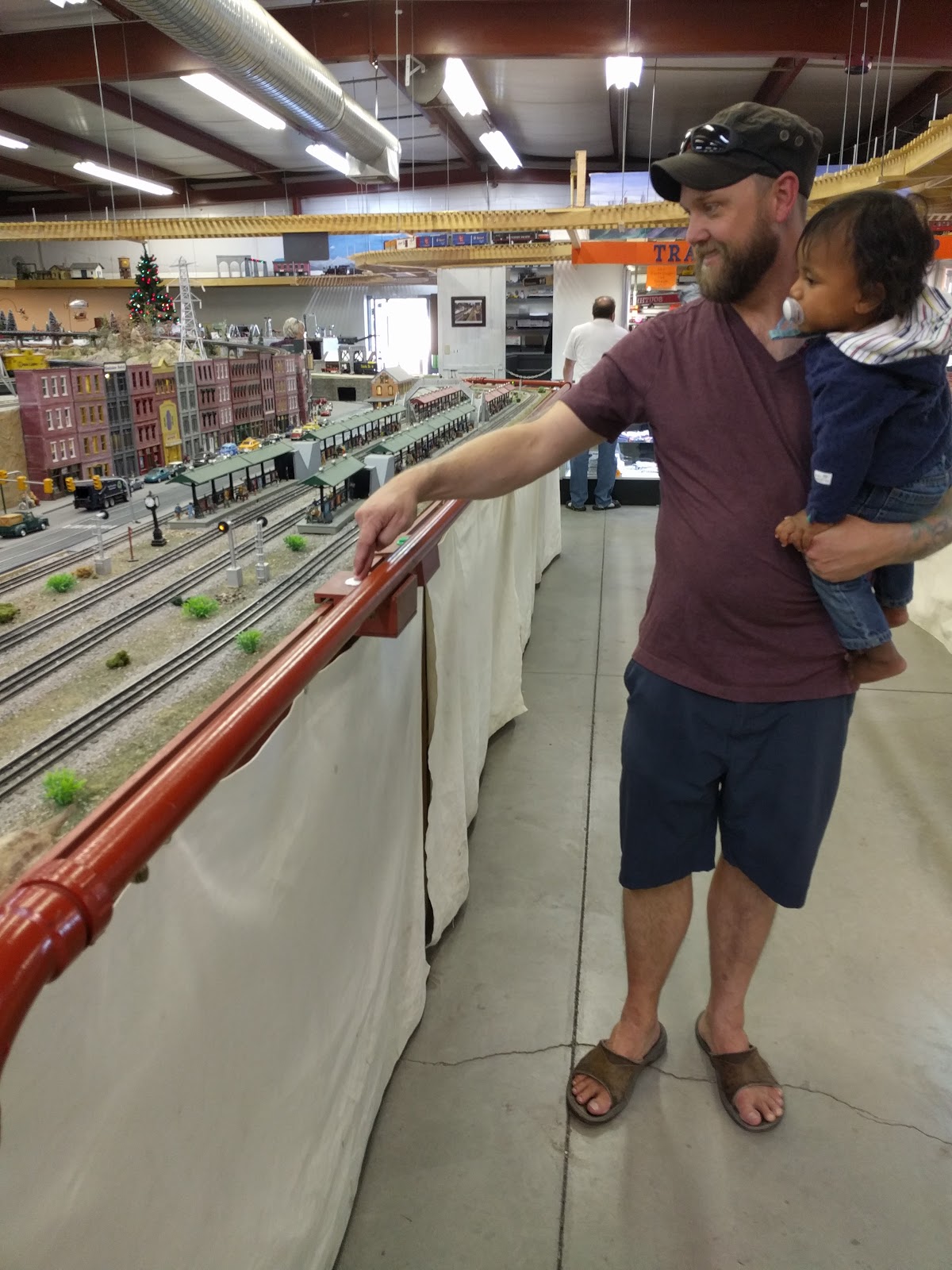 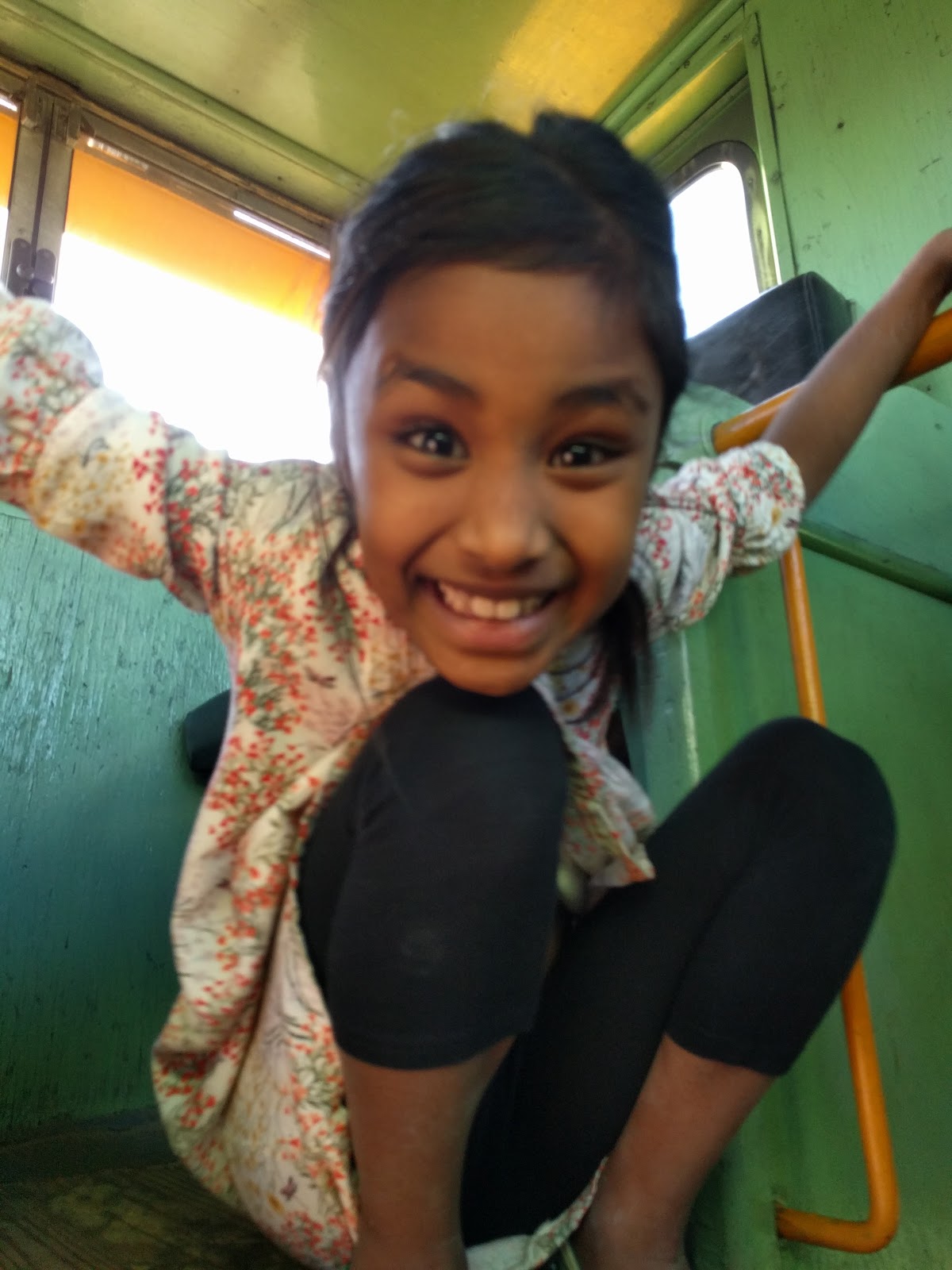 Since we were in town close to dinner time, we decided to head to one of D's favorite restaurants, the YardHouse, for dinner.  It's at a mall so I took the kids to the play place while D got a table and pre-ordered the food (while we do expect our kids to behave in restaurants, we try not to make it too hard on them, which means minimizing table time a bit if we can).
On our way to restaurant, I noticed that there was not line to see Santa.  Even though we didn't have an appointment and didn't want any pictures, the staff very sweetly let the kids go in and sit with him.  We don't really "do" Santa in our house but Fire is all about him at this time of year.  The mall Santa was perfect, with a real beard and belly, and so sweet with the kids.  I almost wish I'd splurged for pictures...

Here's some at dinner instead 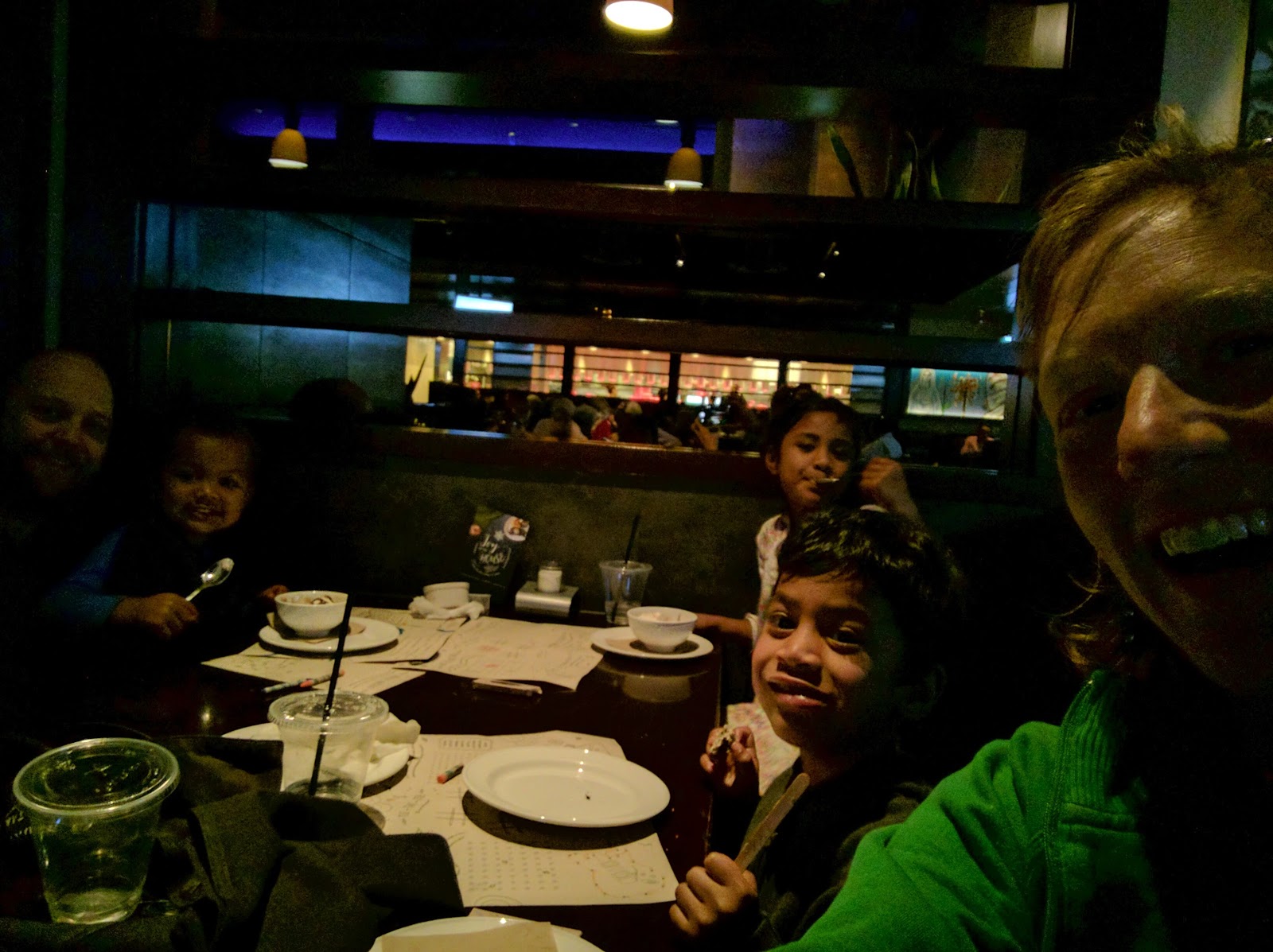 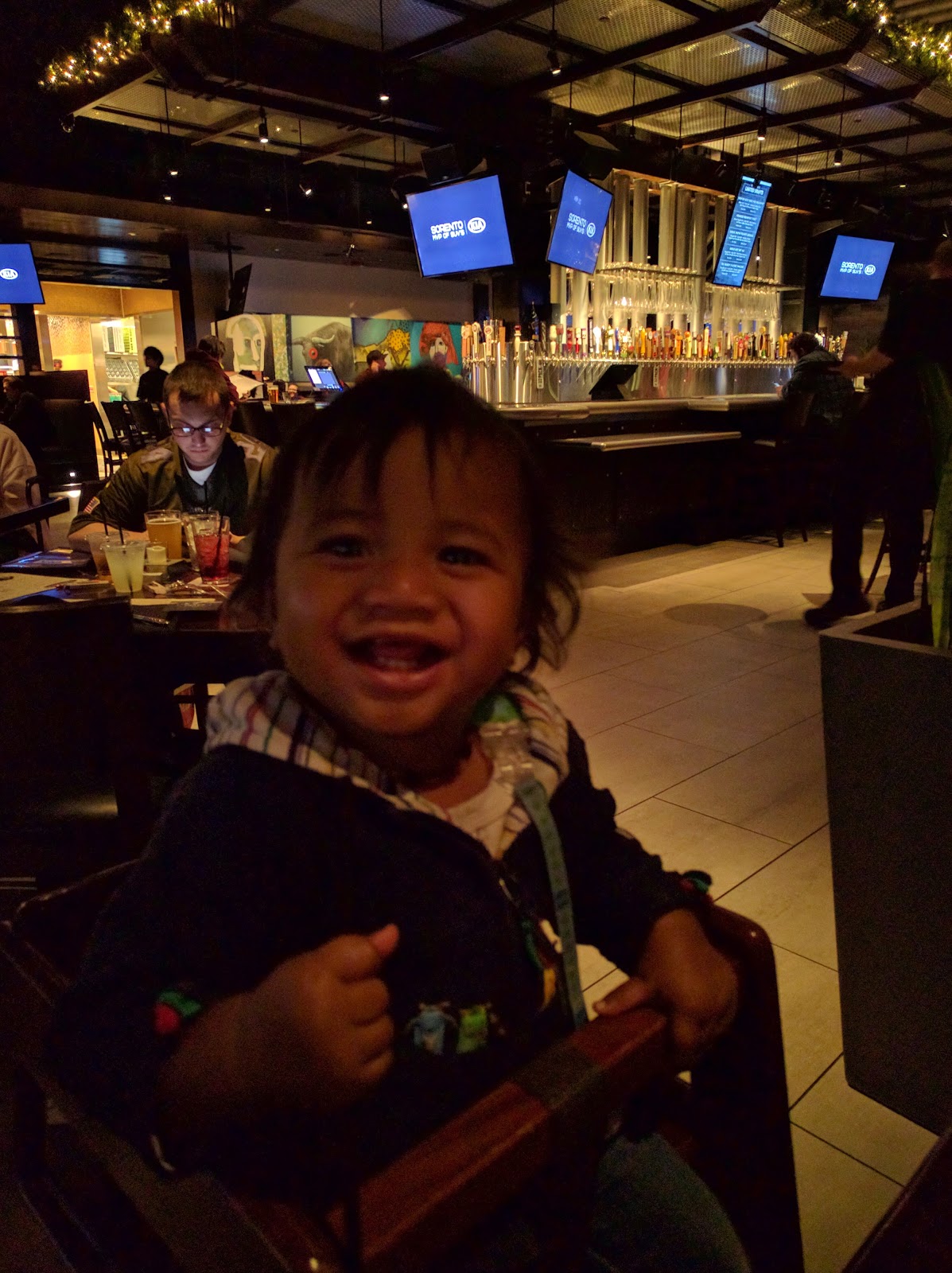 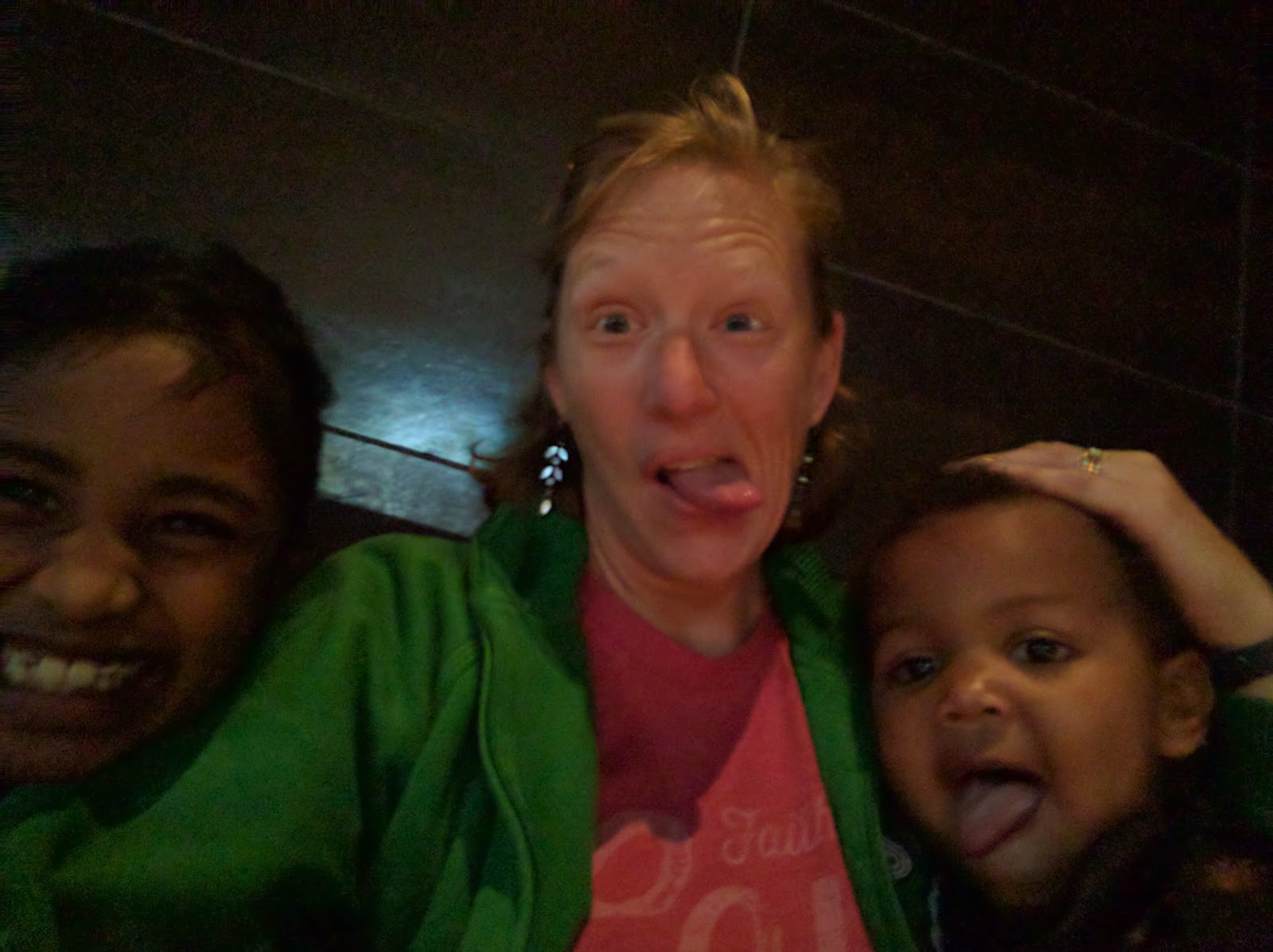 There are some that are so hard I wonder why God picked me for this job and then there are days like this... 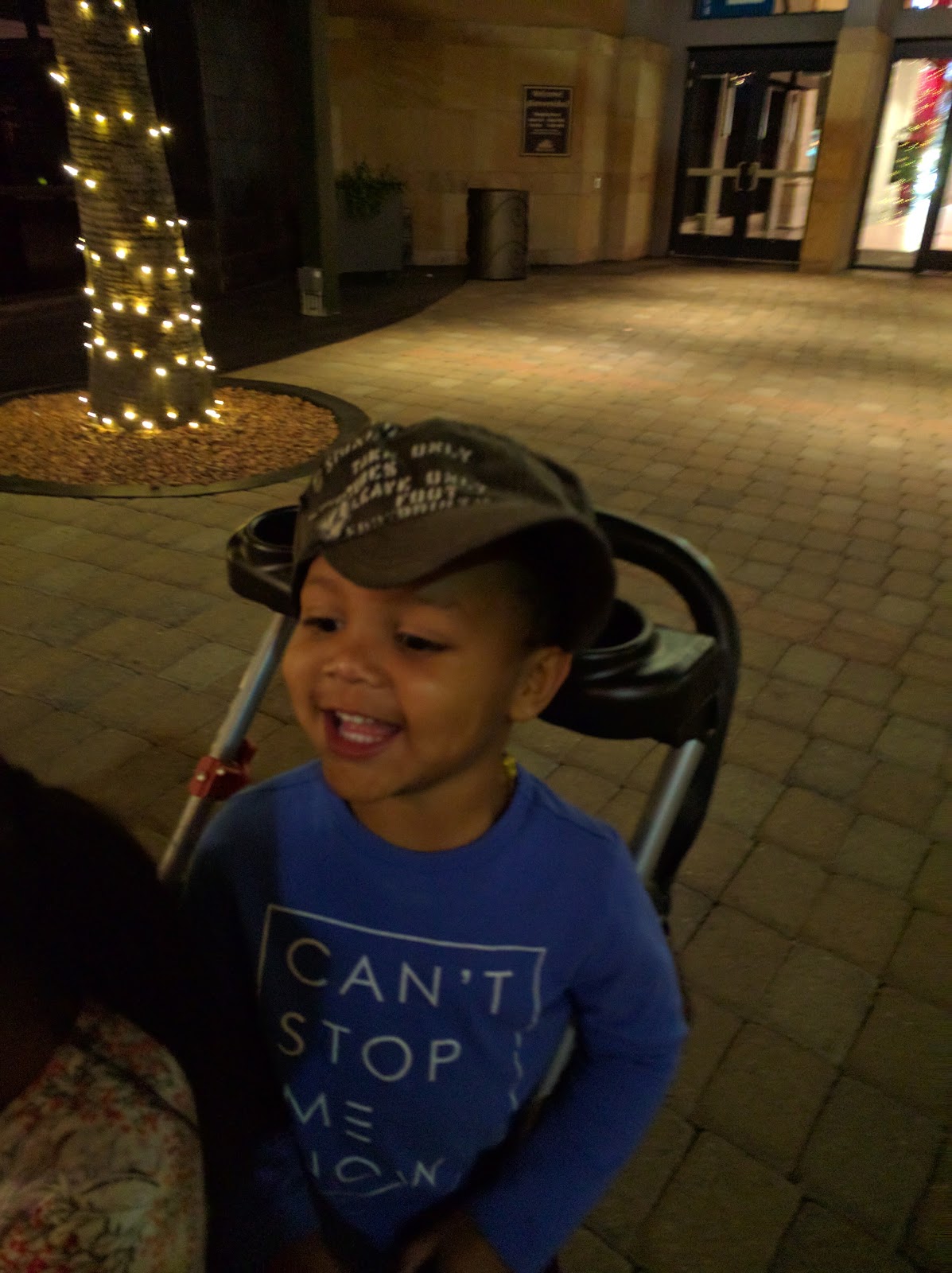 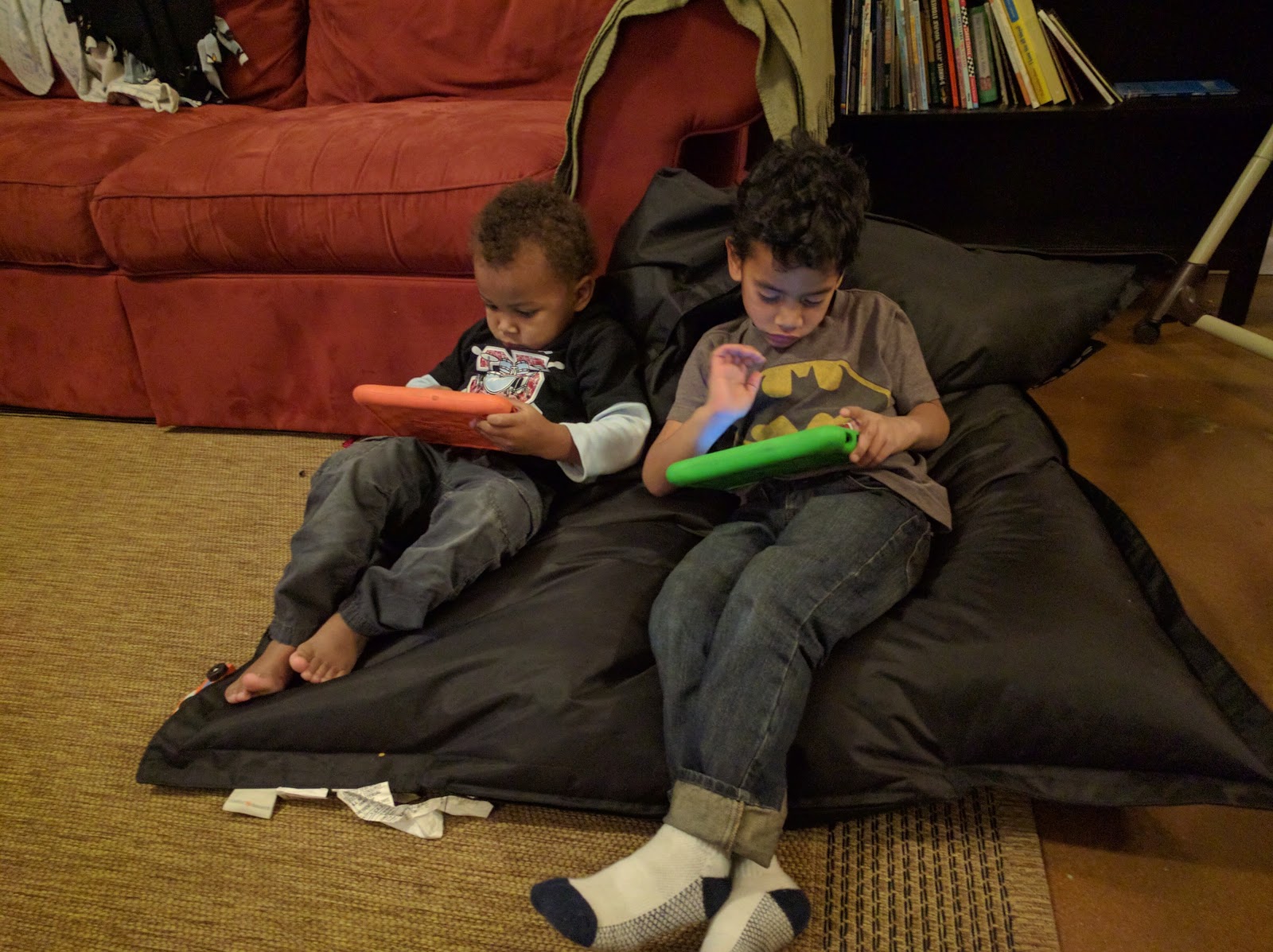 Sky was a panda bear in her class musical 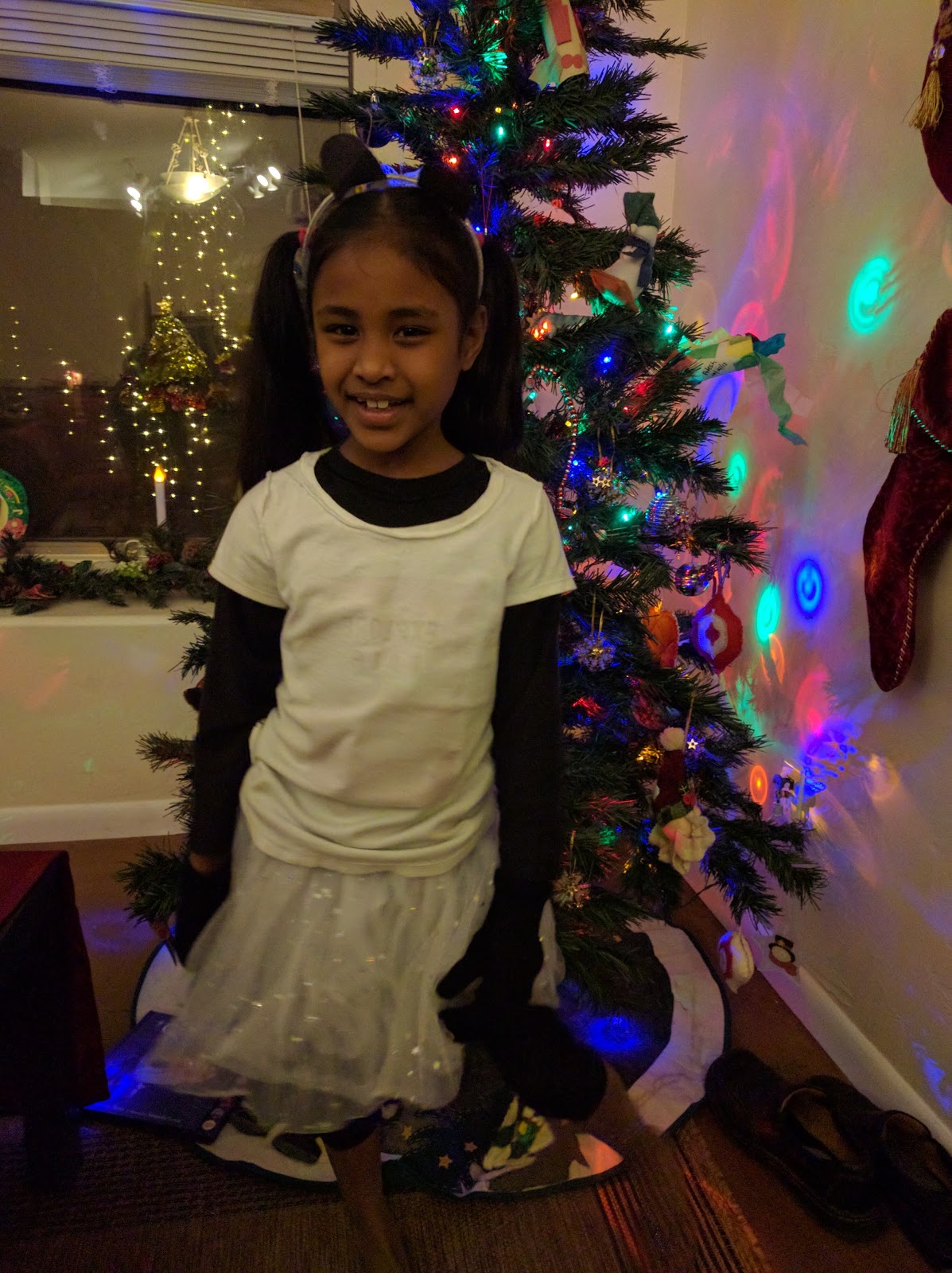 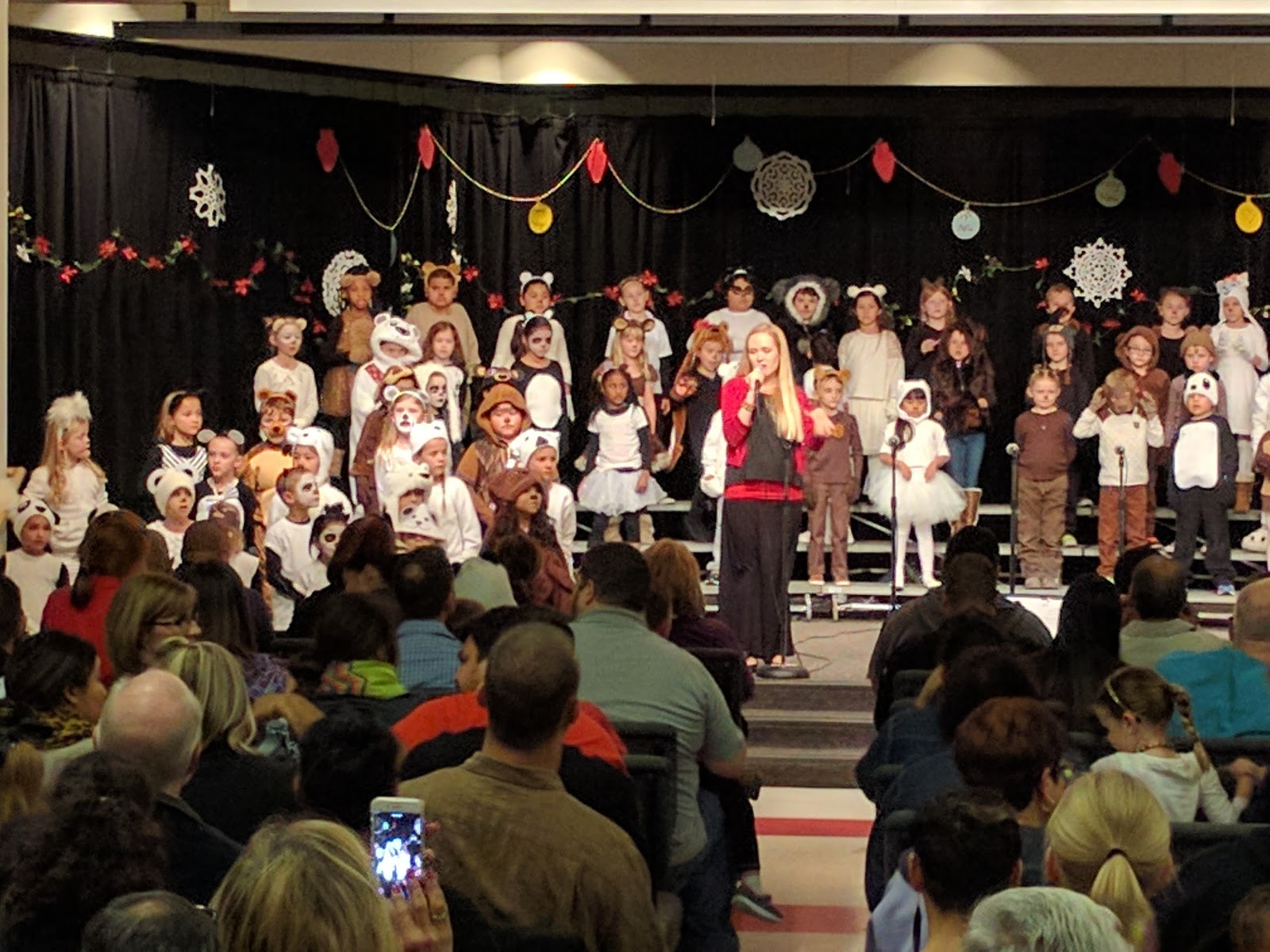 How D gets the kids to bed: 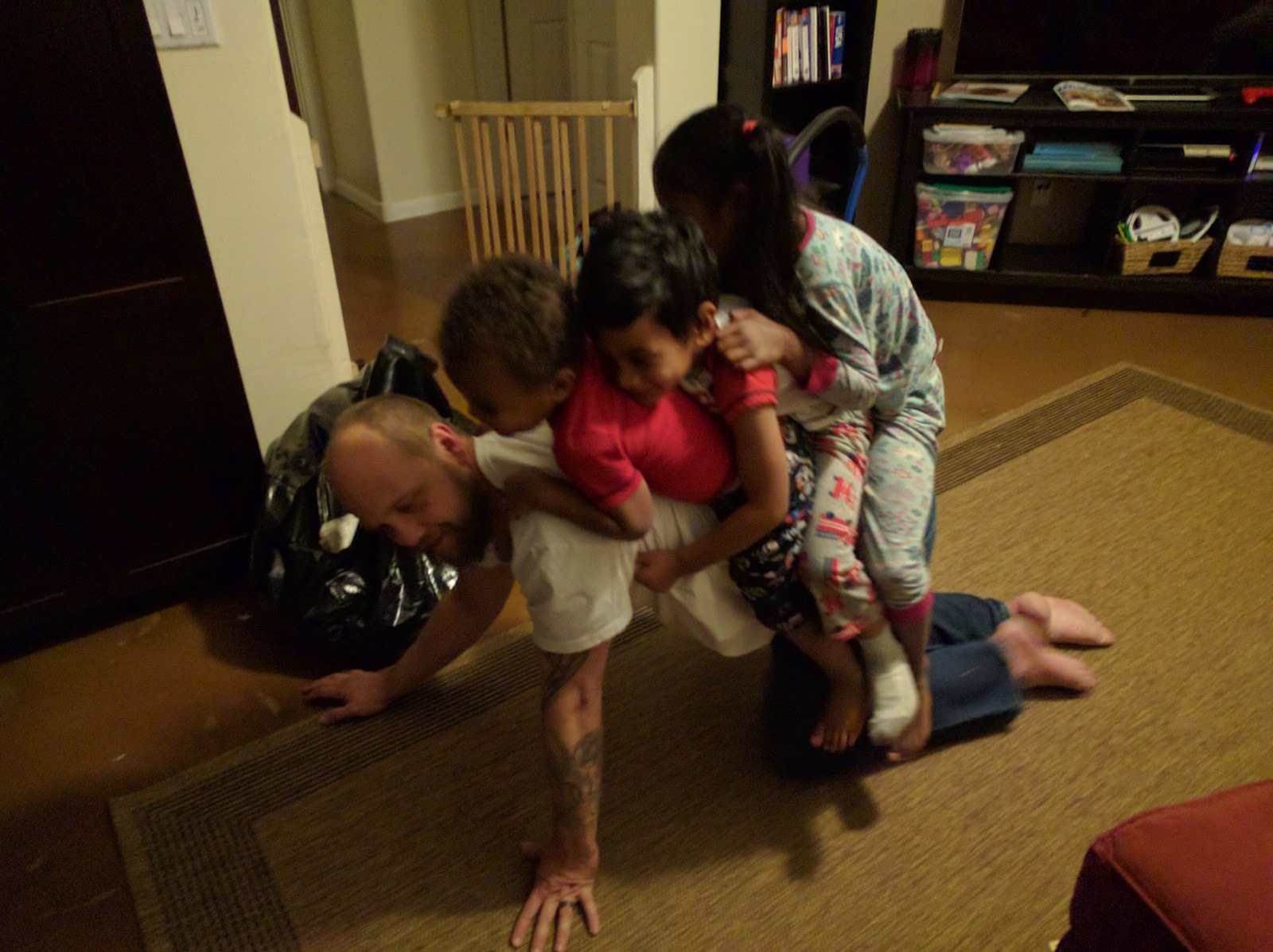 Earth isn't walking yet but he is a crawling machine!  He loves to climb to the top of the play structure every time we go to the playground.  I pick him up and carry him back down and he climbs right back up, giggling the while time.  Also, notice that bare foot?  This boy is still and island baby and hates socks and shoes! 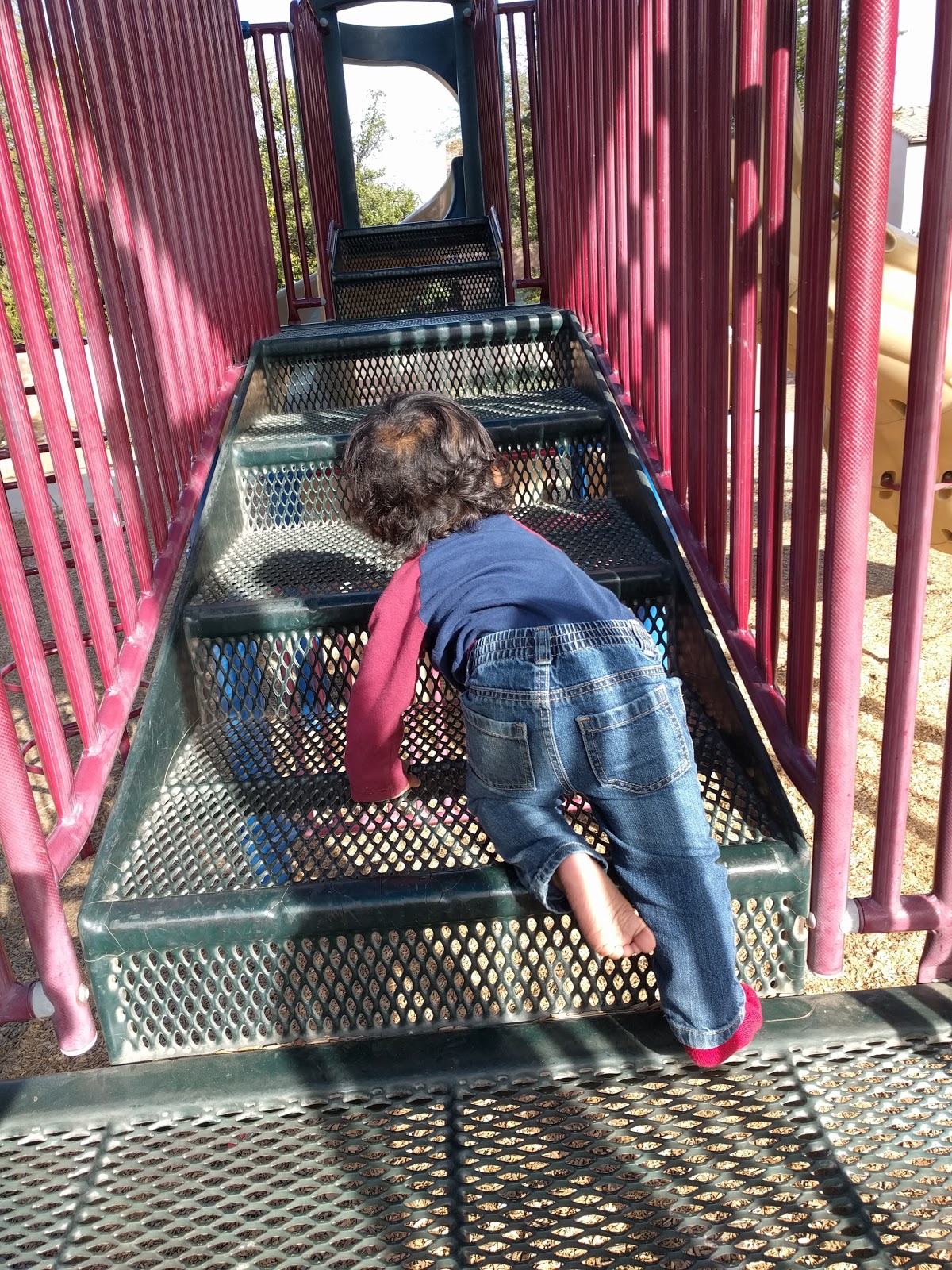 Water getting ready to do some Christmas baking with me 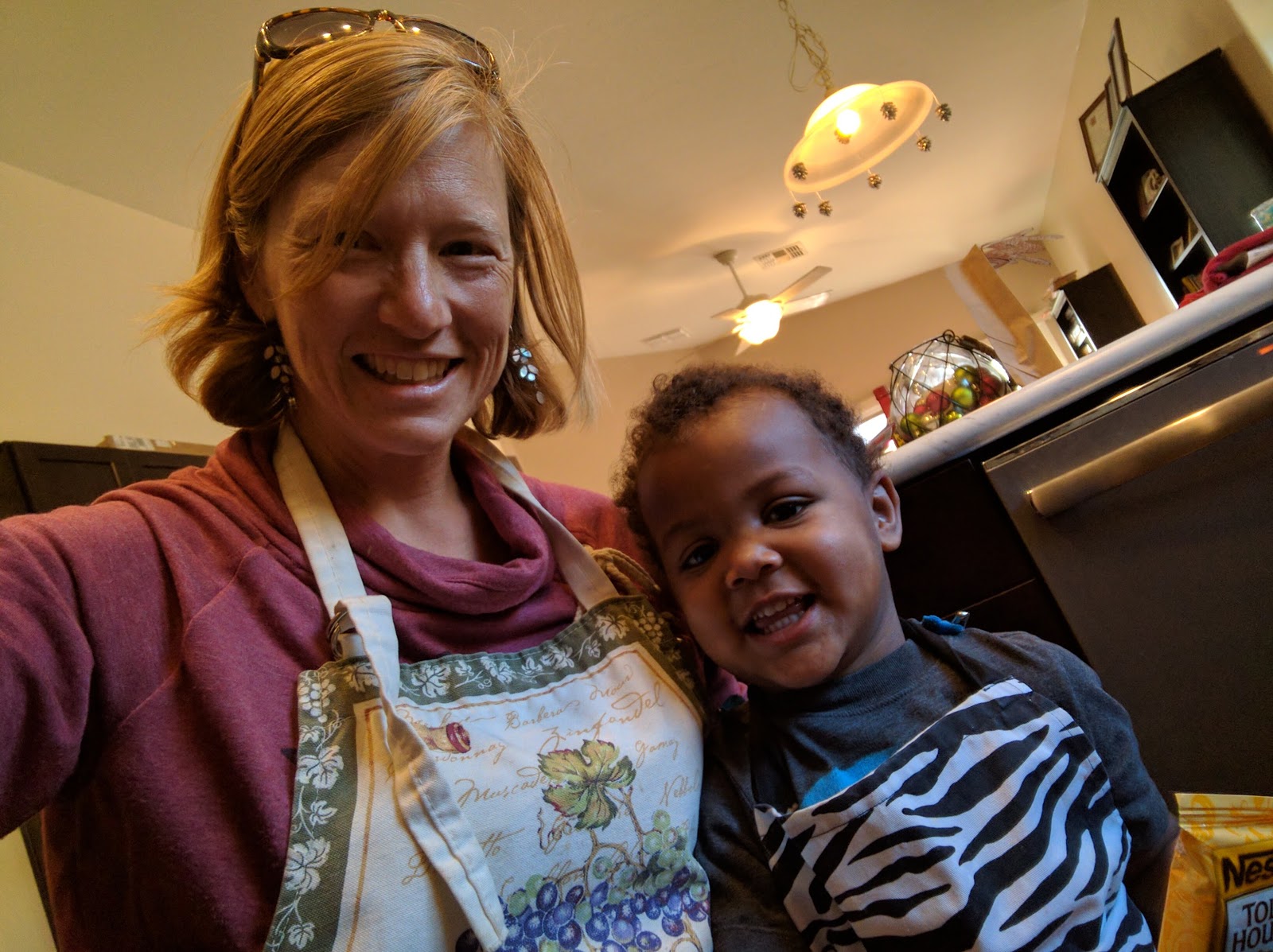 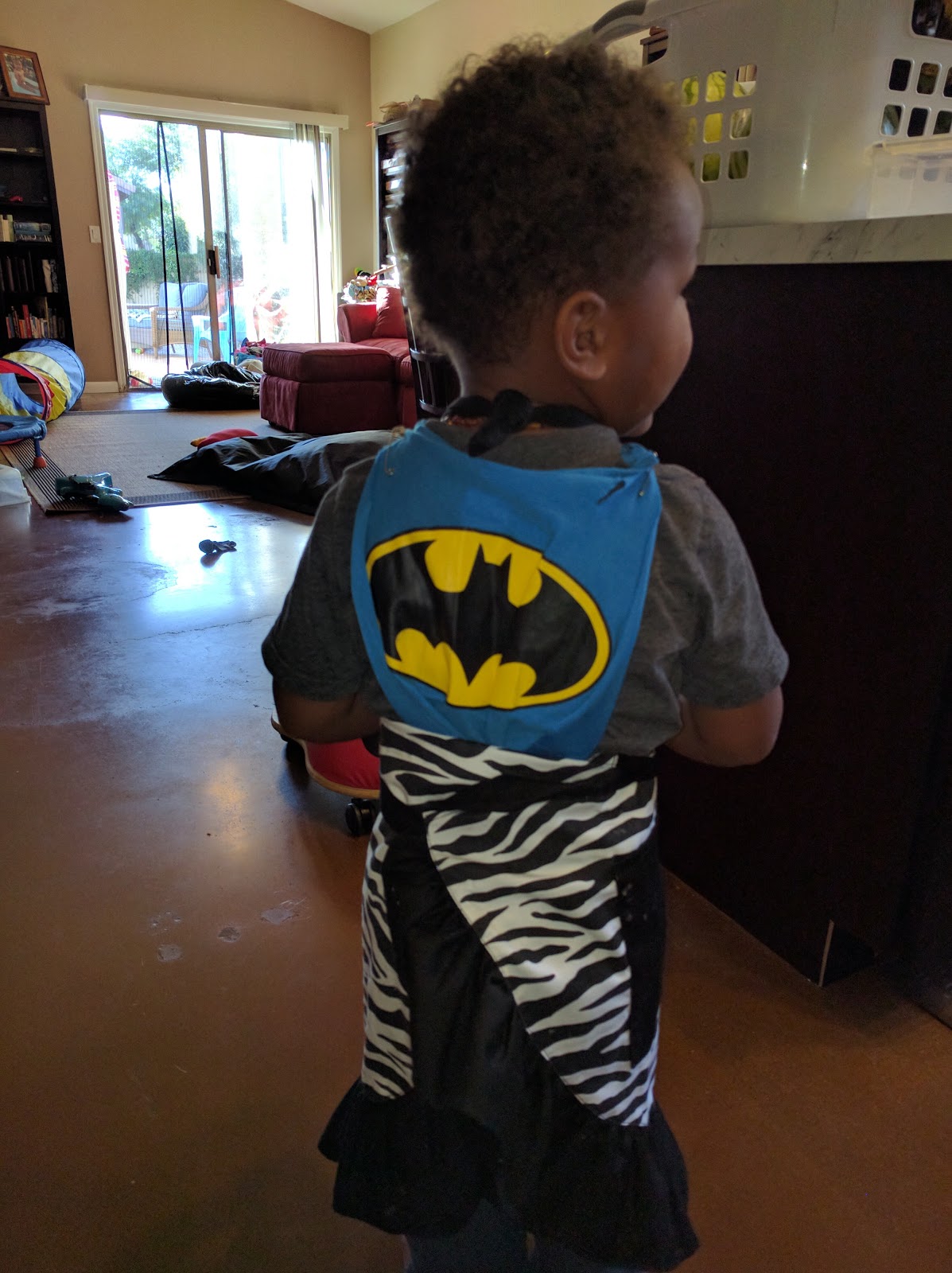 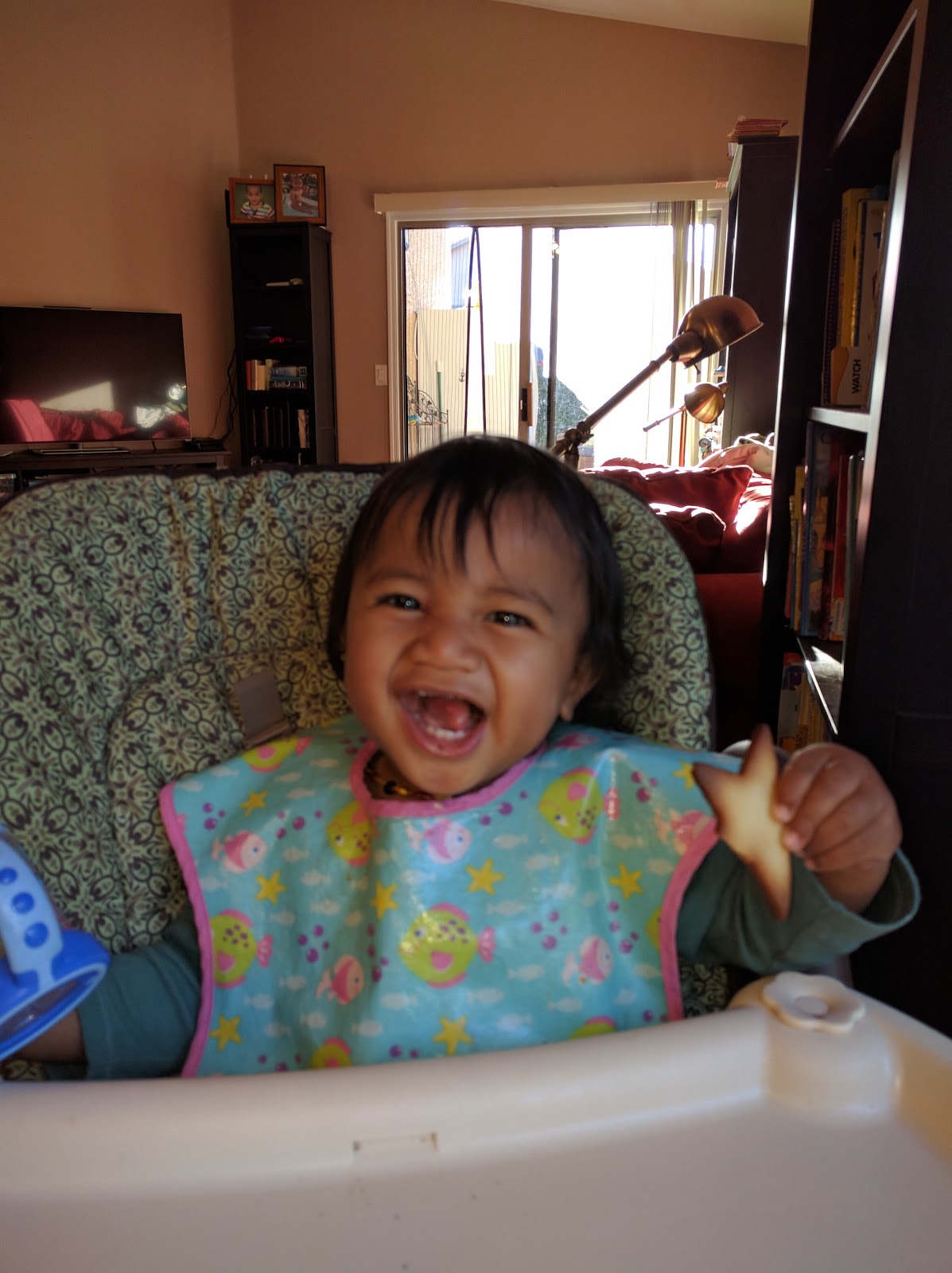 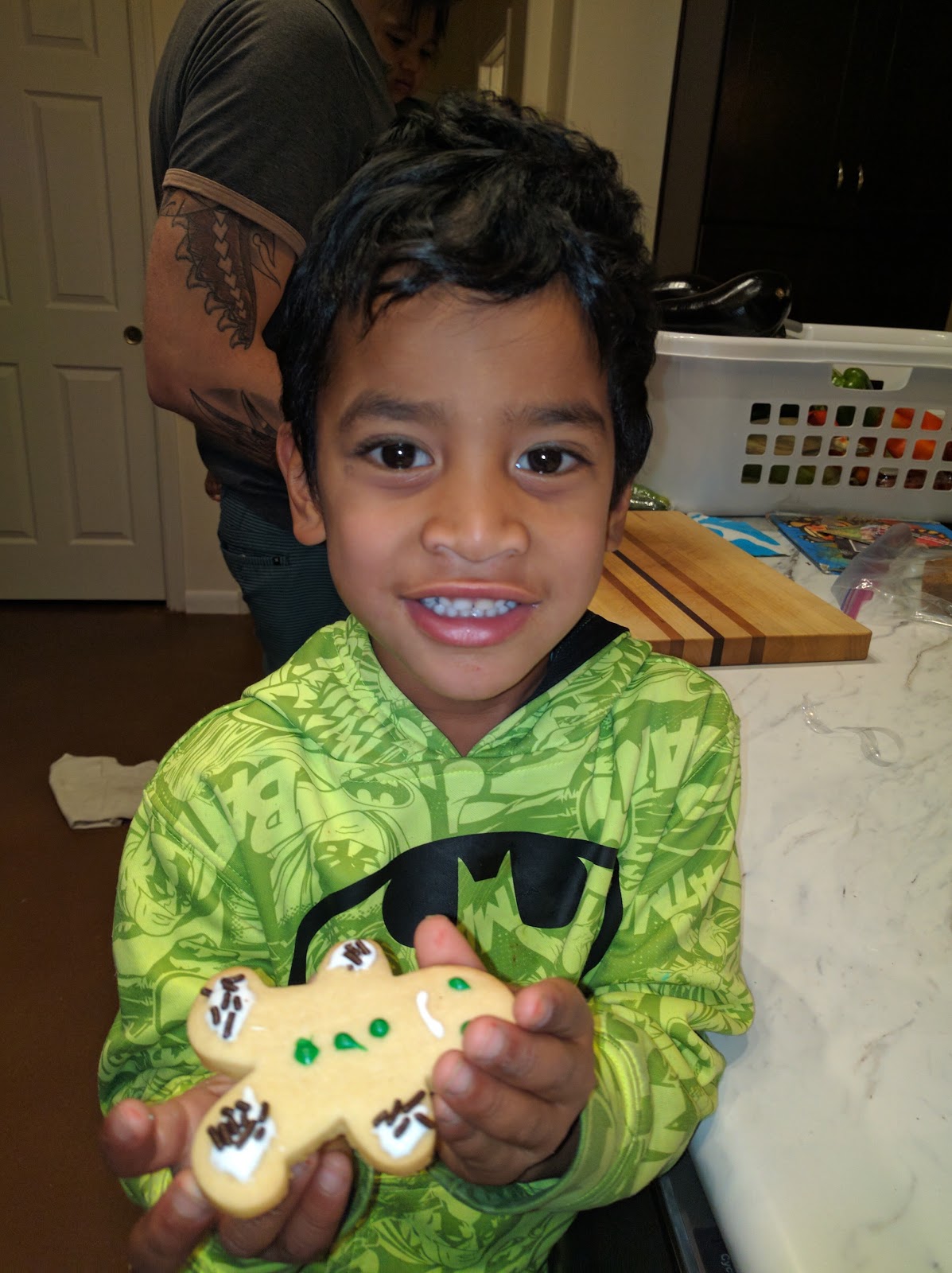 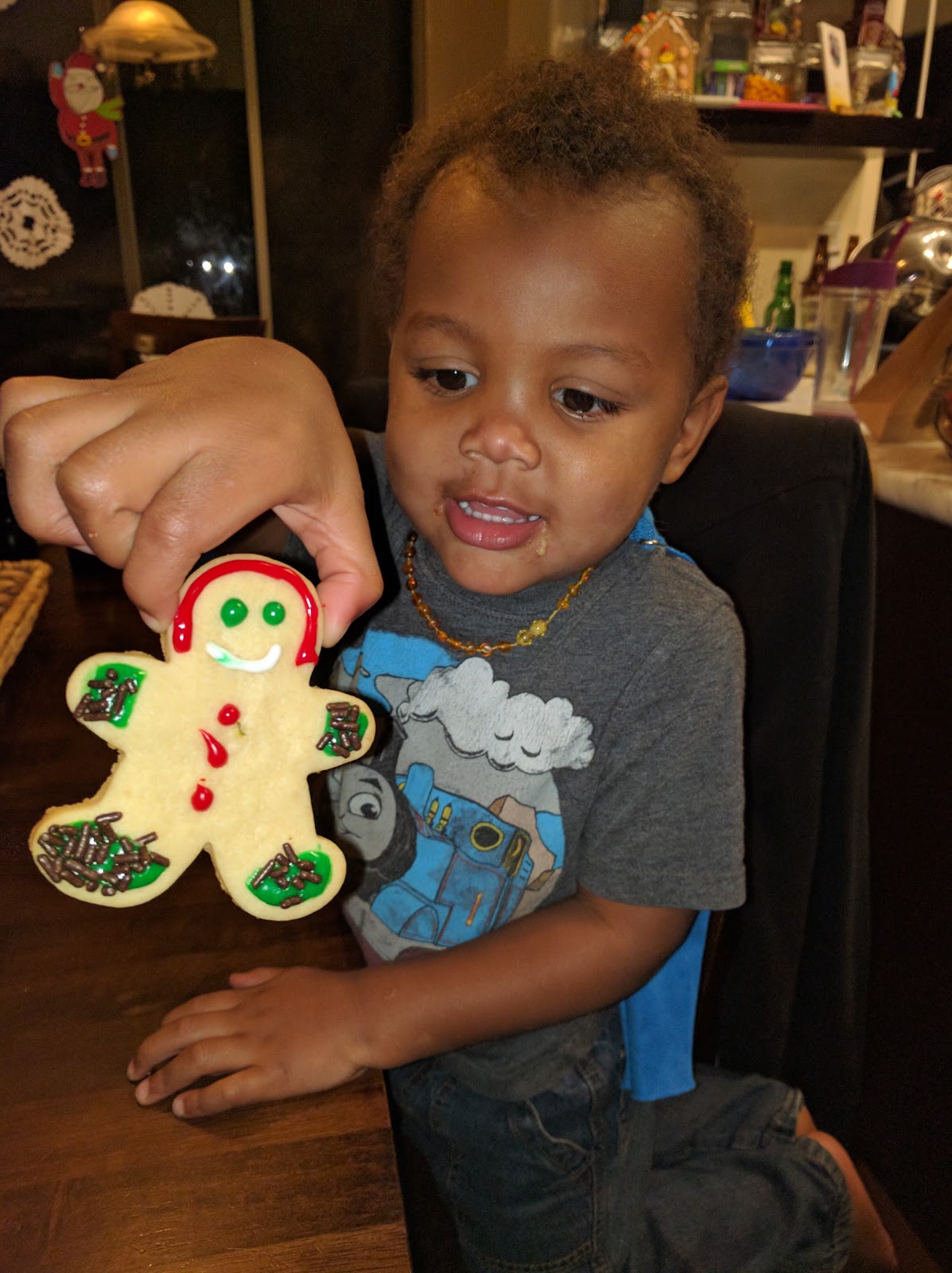 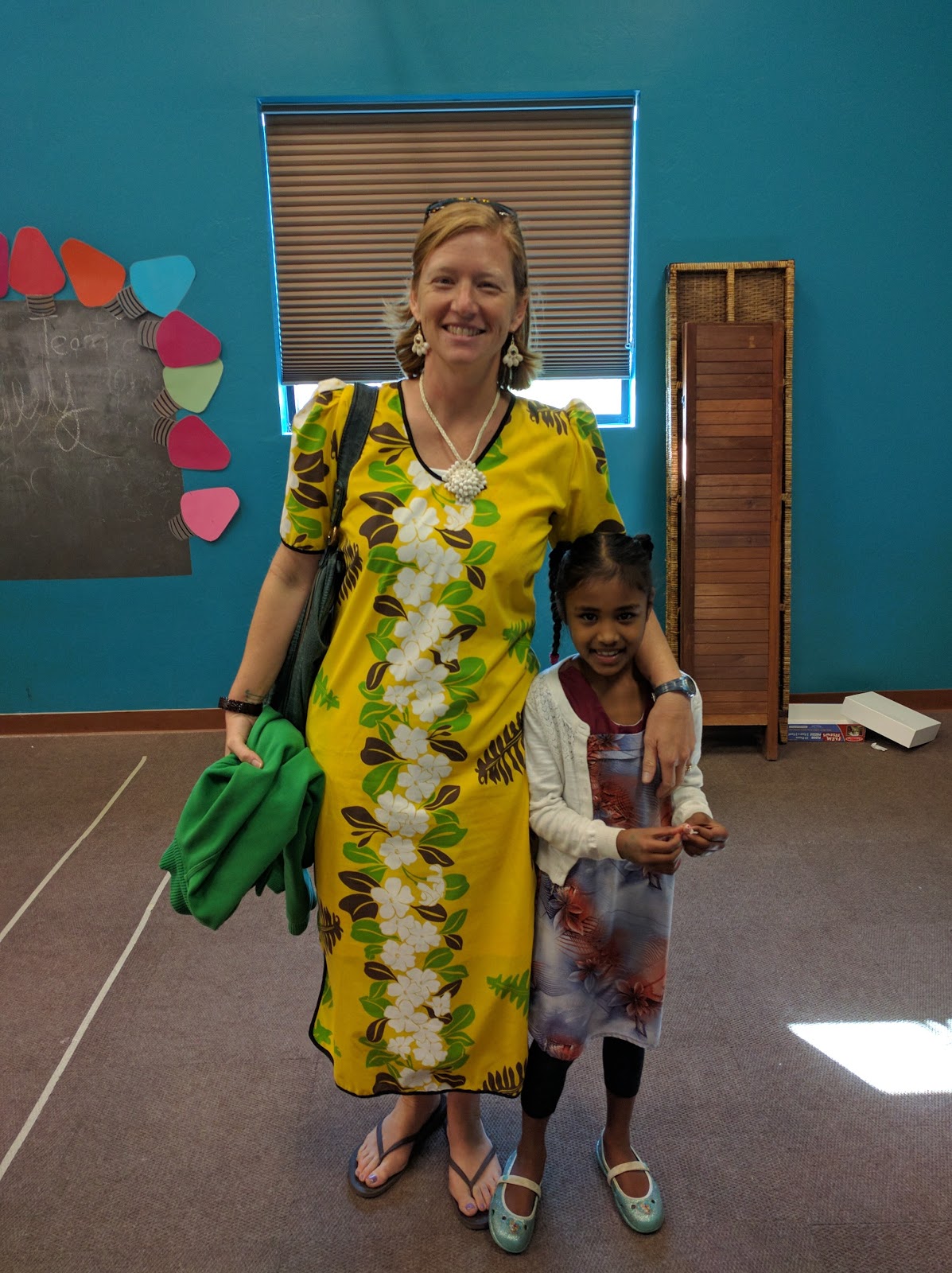 As we slowly unpack the garage and move back into the house, forgotten things, like roller skates, are being rediscovered 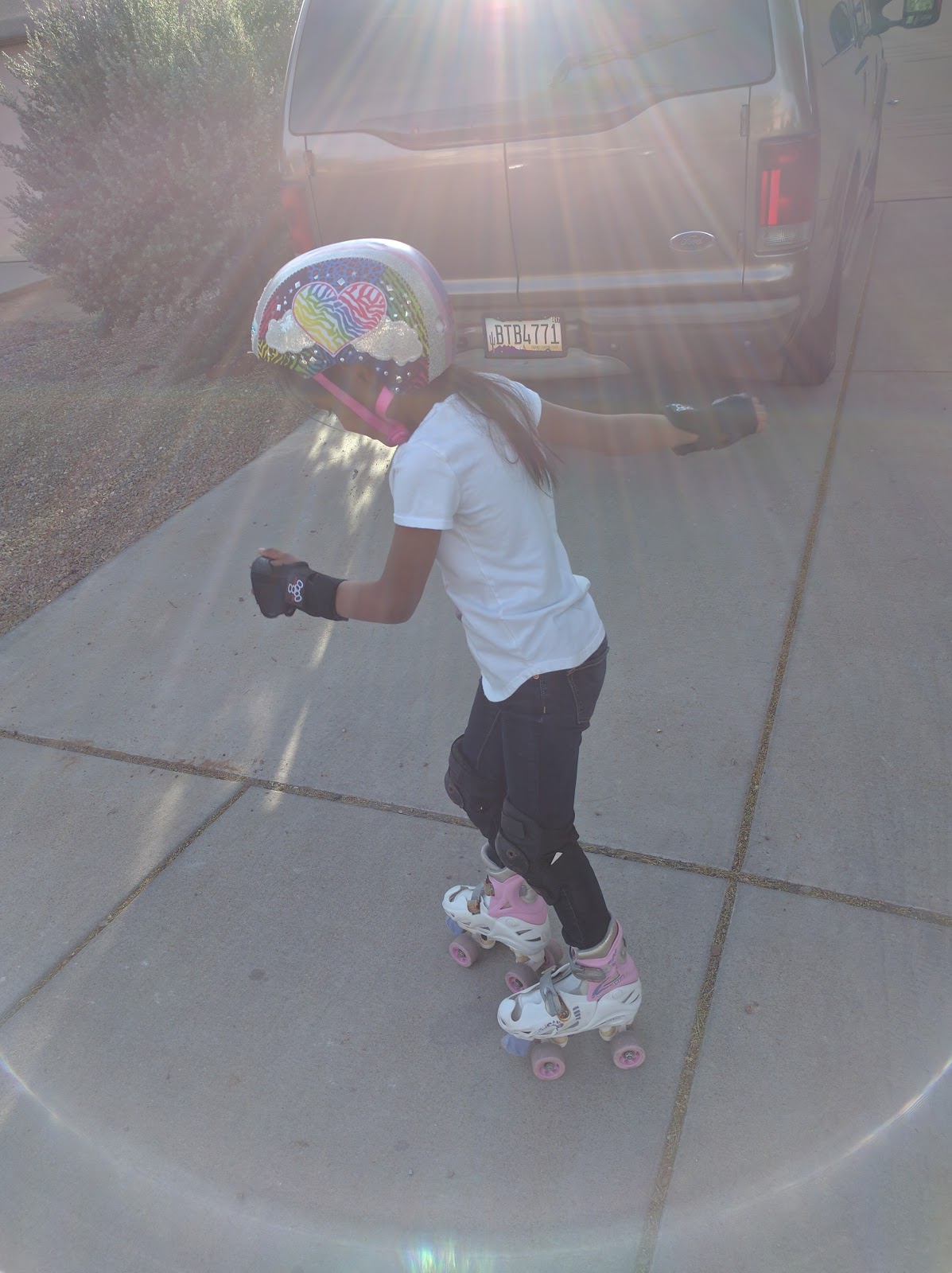 All the boys were way overdue for haircuts.  It took me a few weeks to get them into the barber but the wait was worth it 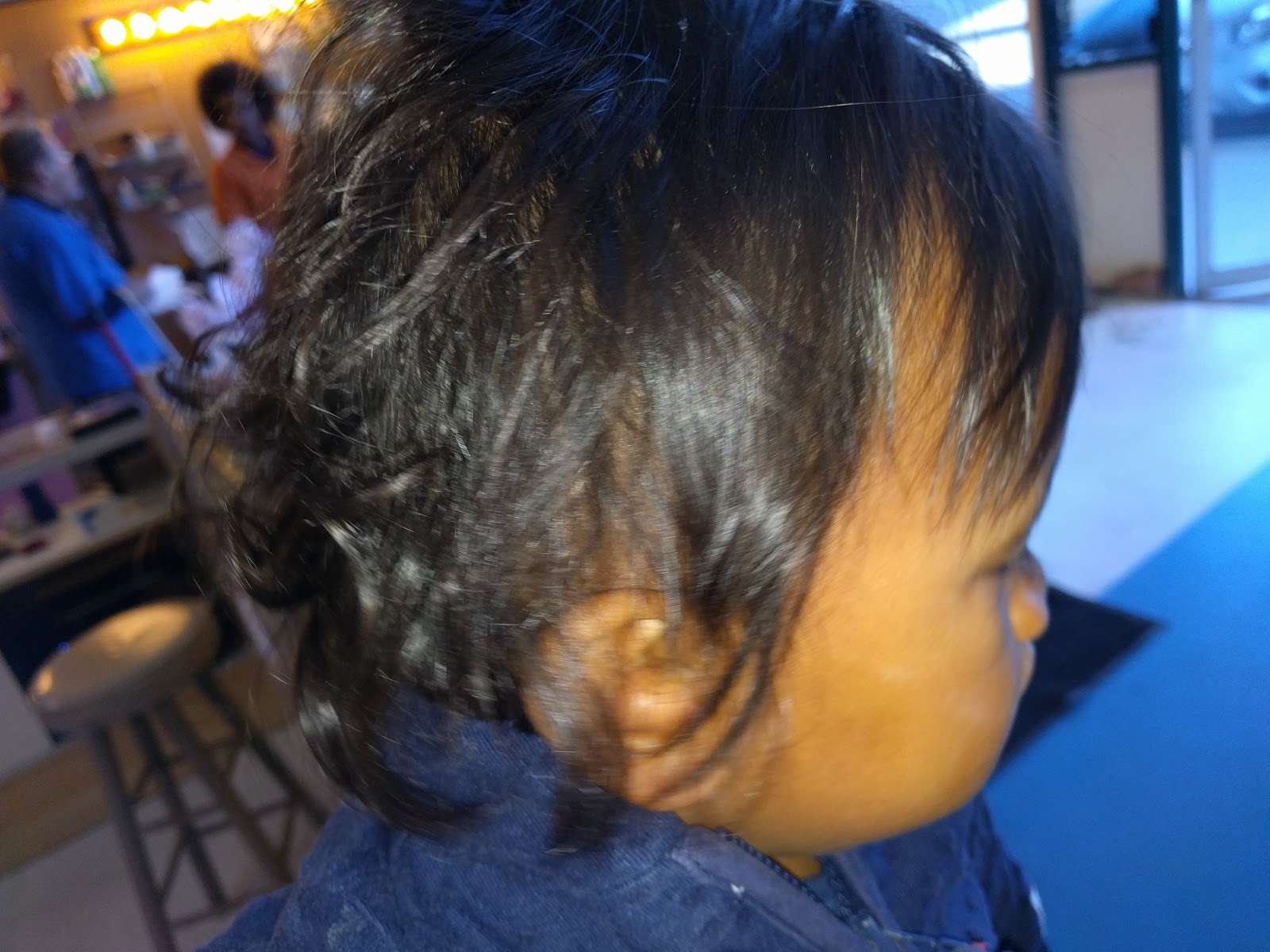 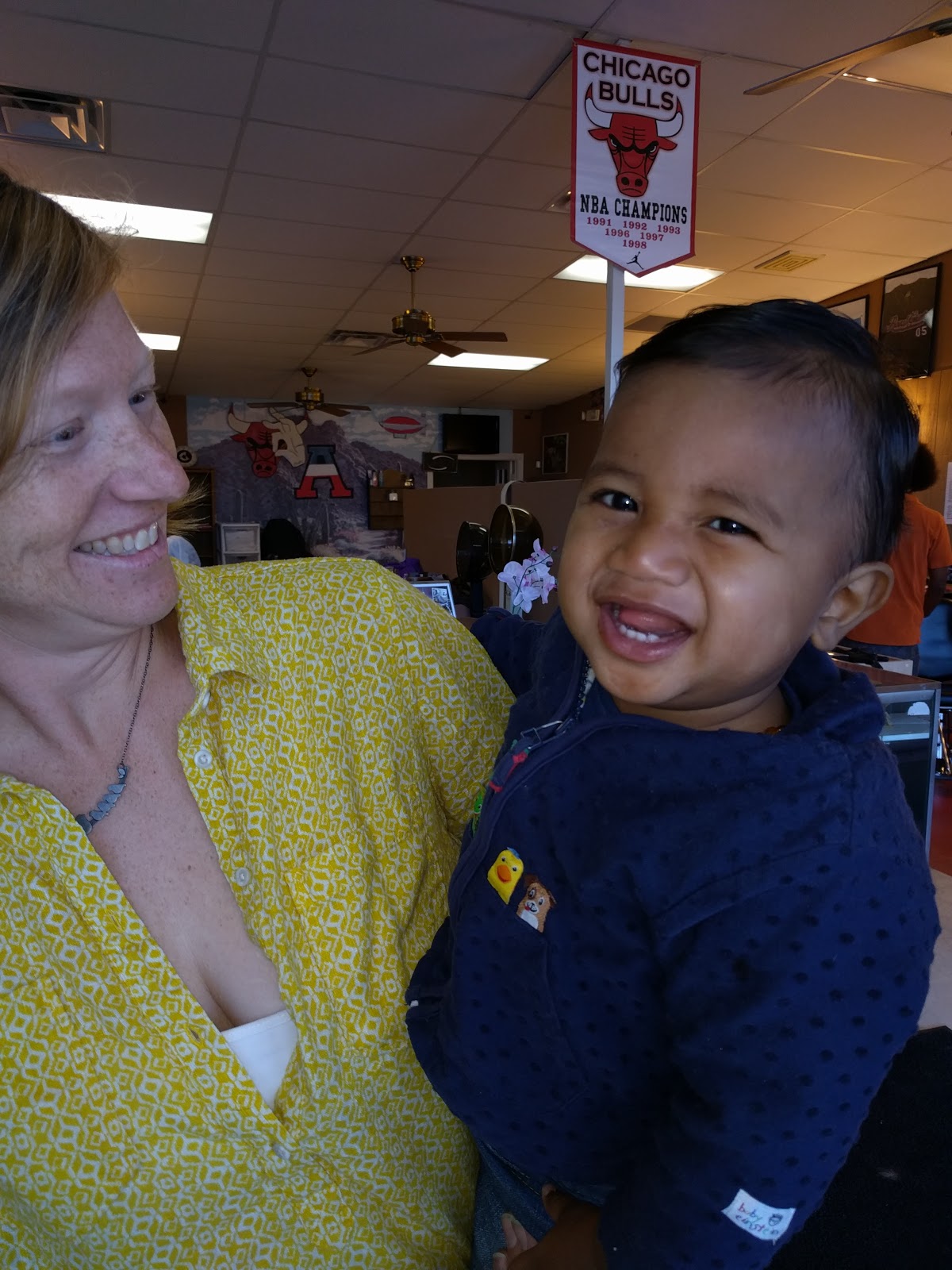 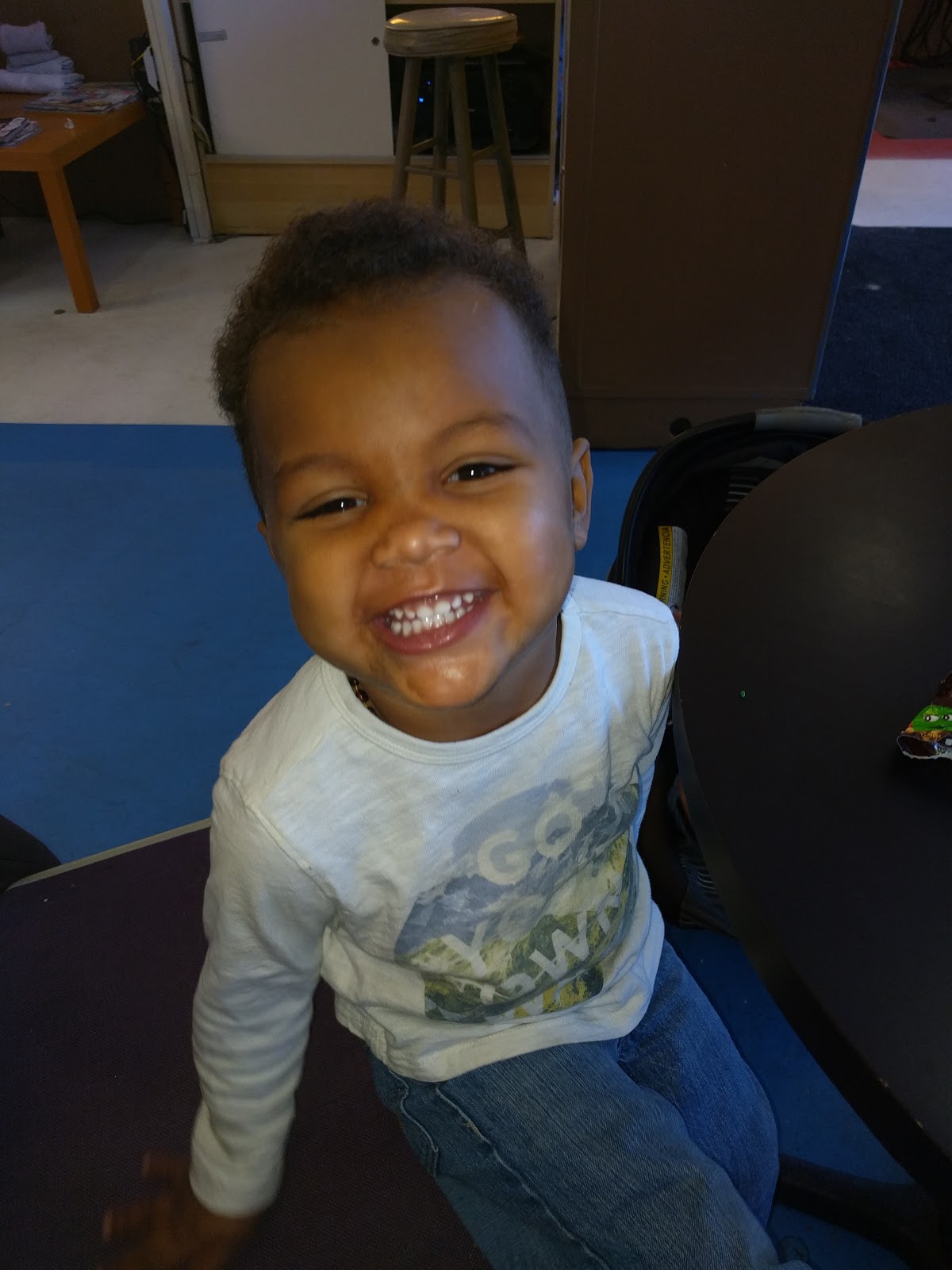 We've been waiting for Water's hair to grow in a bit more before getting him a "real" haircut and we finally got the okay from his barber.  Water loves his haircut and spent the whole day telling everyone how much he looks like his daddy (buzzed hair on the sides) 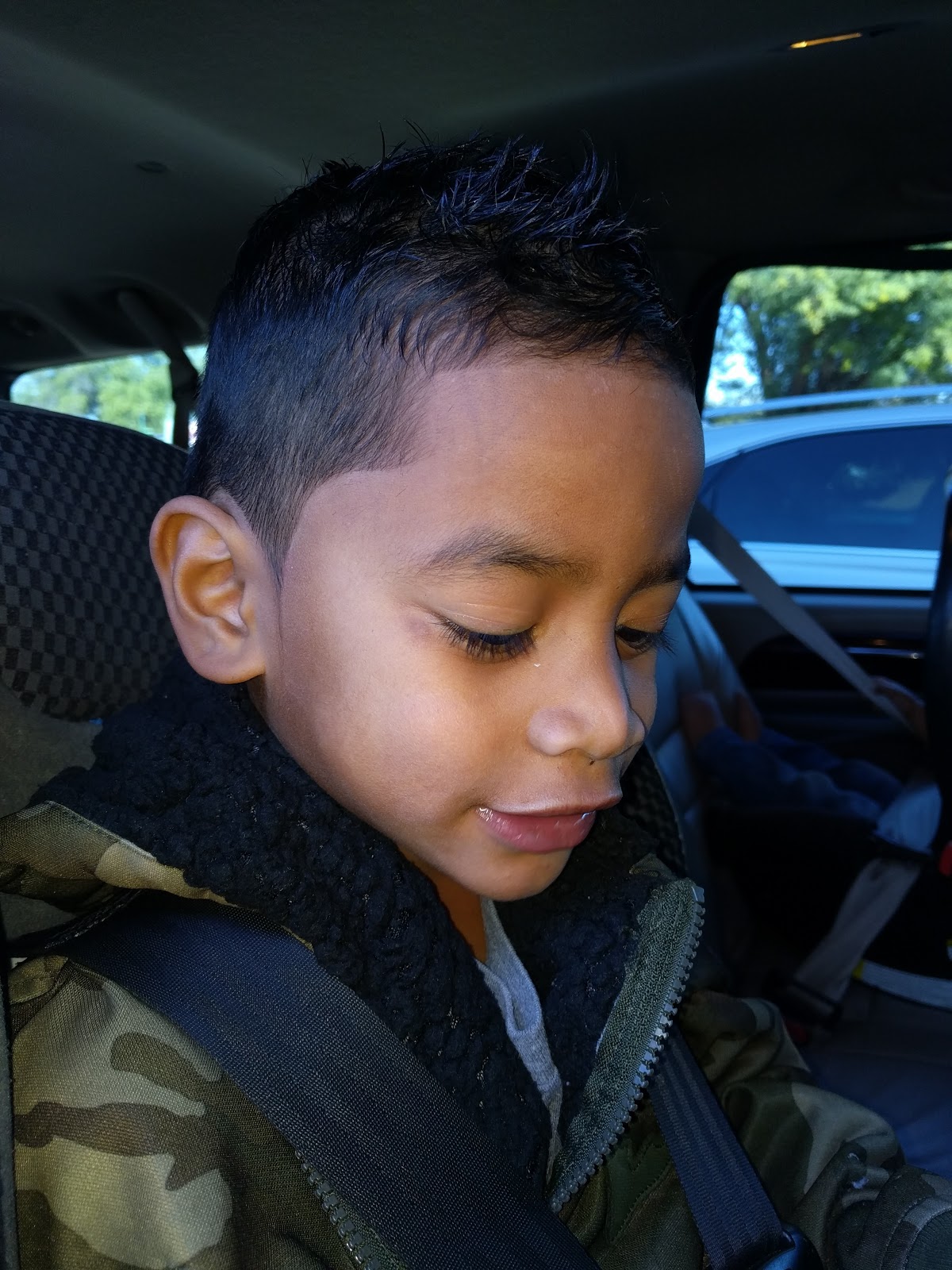 Fire keeps saying he wants a faux hawk but never actually lets me do his hair.  It just ends up a shaggy , curly mess (see the train museum pictures) so I put my foot down this time and had Jeff cut it short.

And that's our life lately.  What have you been up to?
Labels: Earth Family Fire Sky Water