I've said it before in other "weekending" posts and I'll say it again, we love weekends here!  There's always so much to do in Tucson and we cram as much fun into a weekend as we can.  This one was a busy one, even for us.  We kicked off the weekend by having a friend and her kids over for dinner.  One of her sons is Fire's best friend and her older boys are great with all the kids so they all played pretty nicely while the adults talked.  It was so nice to have one of those wide-ranging grown-up conversations (my conversations these days typically revolve around why you can't wear pajamas to school and why we can't have candy for every meal!).
On Saturday morning, D took Sky to gymnastics while I took Water and Earth with me to Tucson March for Women.  It was an exciting event and last longer than I thought it would so the boys ended up getting their nap in the car on the way home.  That meant that instead of an hour or so of quiet time to do school work with Sky and Fire, I had four bored kids on my hands.  After a rainy morning, the sky had cleared.  Since there was a nice breeze blowing, I grabbed the kids, some snacks, and announced that we were going to the park to fly a kite. 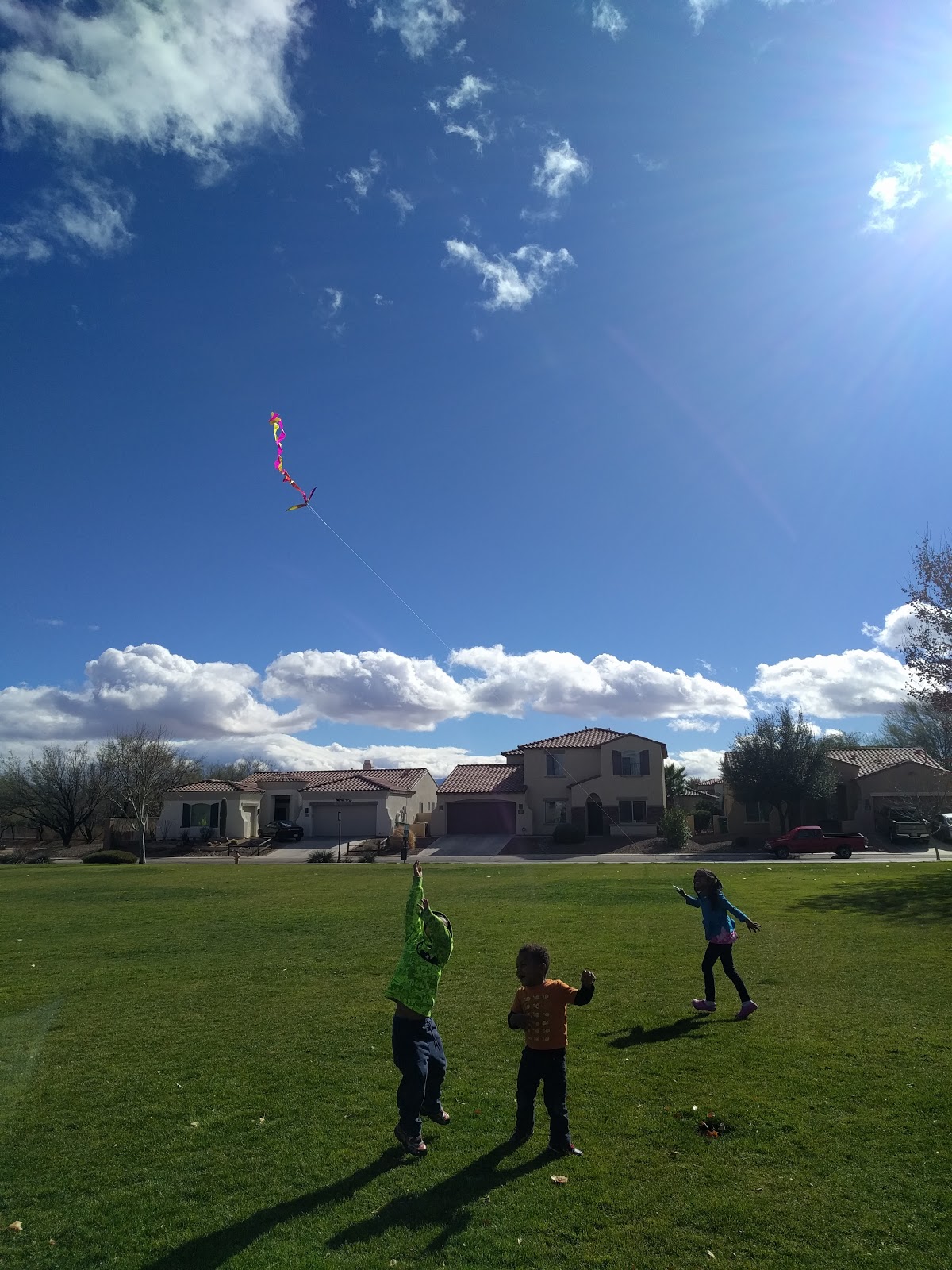 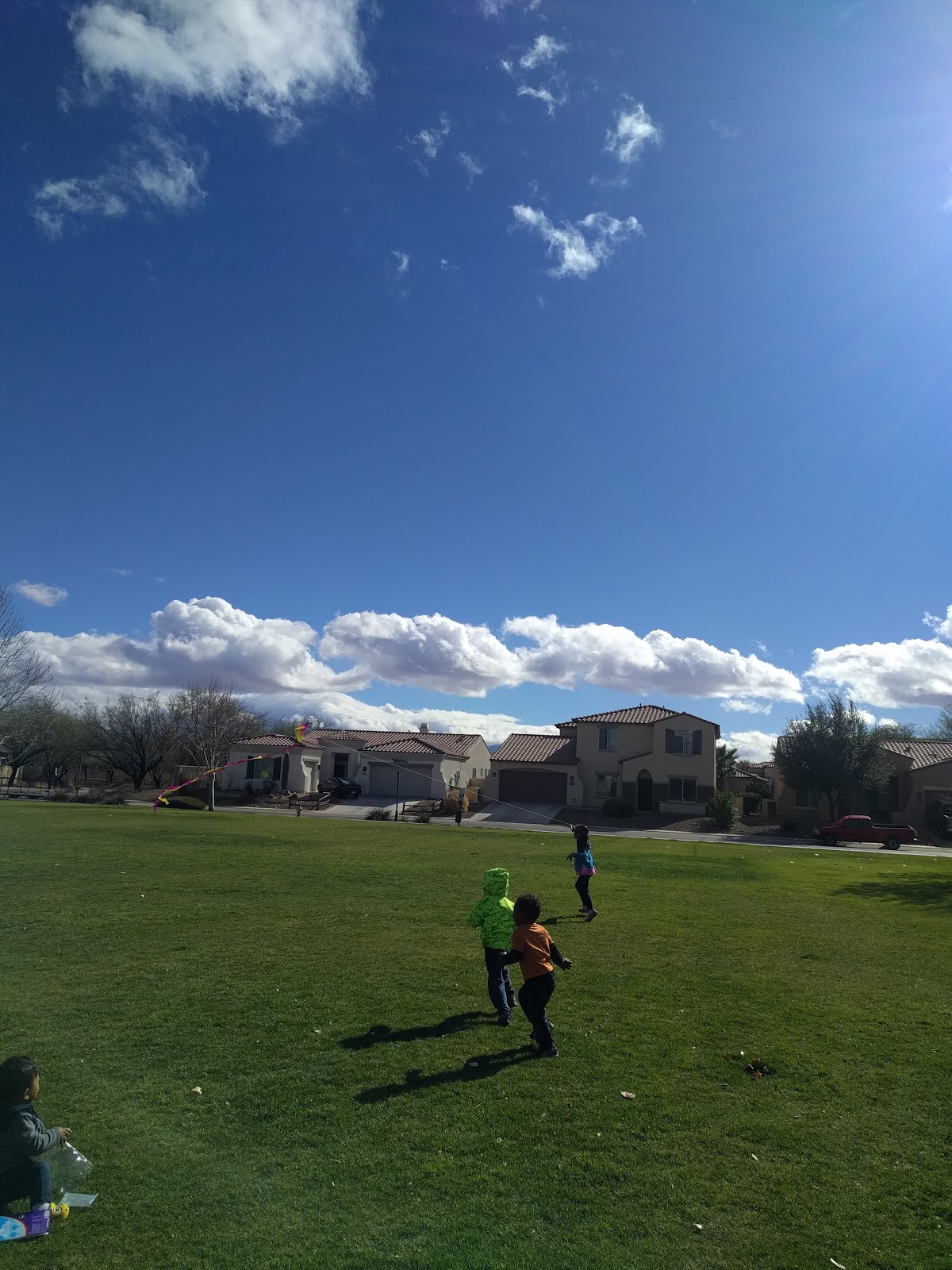 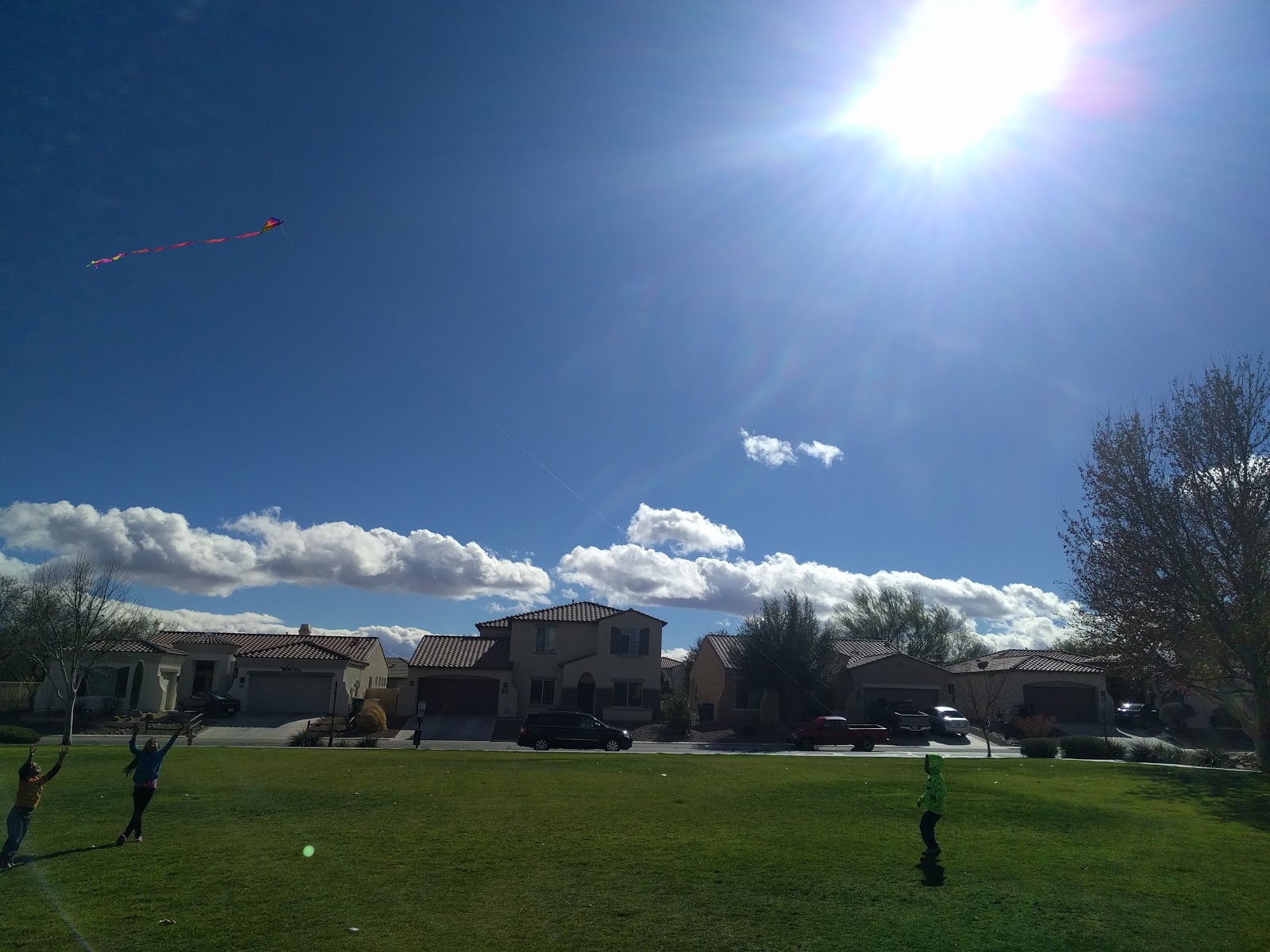 That only kept them busy for about 15 minutes but that was long enough to for them to forget that they didn't want to be at the park and they ran out their energy there for another hour or so.

On our way home from the the park, we picked up one of Sky's friends and after I dropped the boys at home, we headed out to a U of A gymnastics meet. 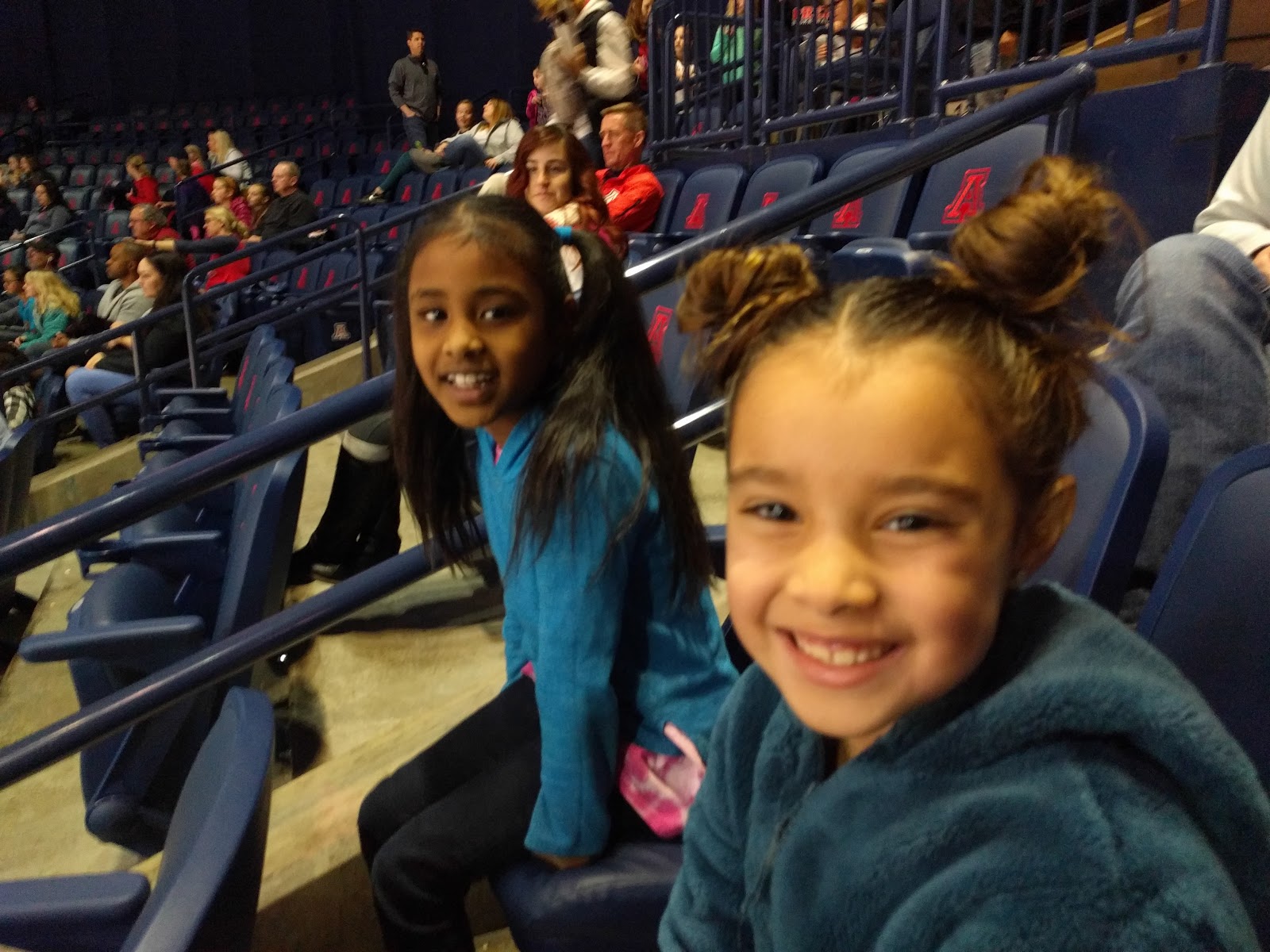 Arizona was competing against Iowa and they seemed pretty well matched.  The girls had fun watching the gymnasts do their events and it was a good opportunity for them to see where they can go with a sport if they stick with it. 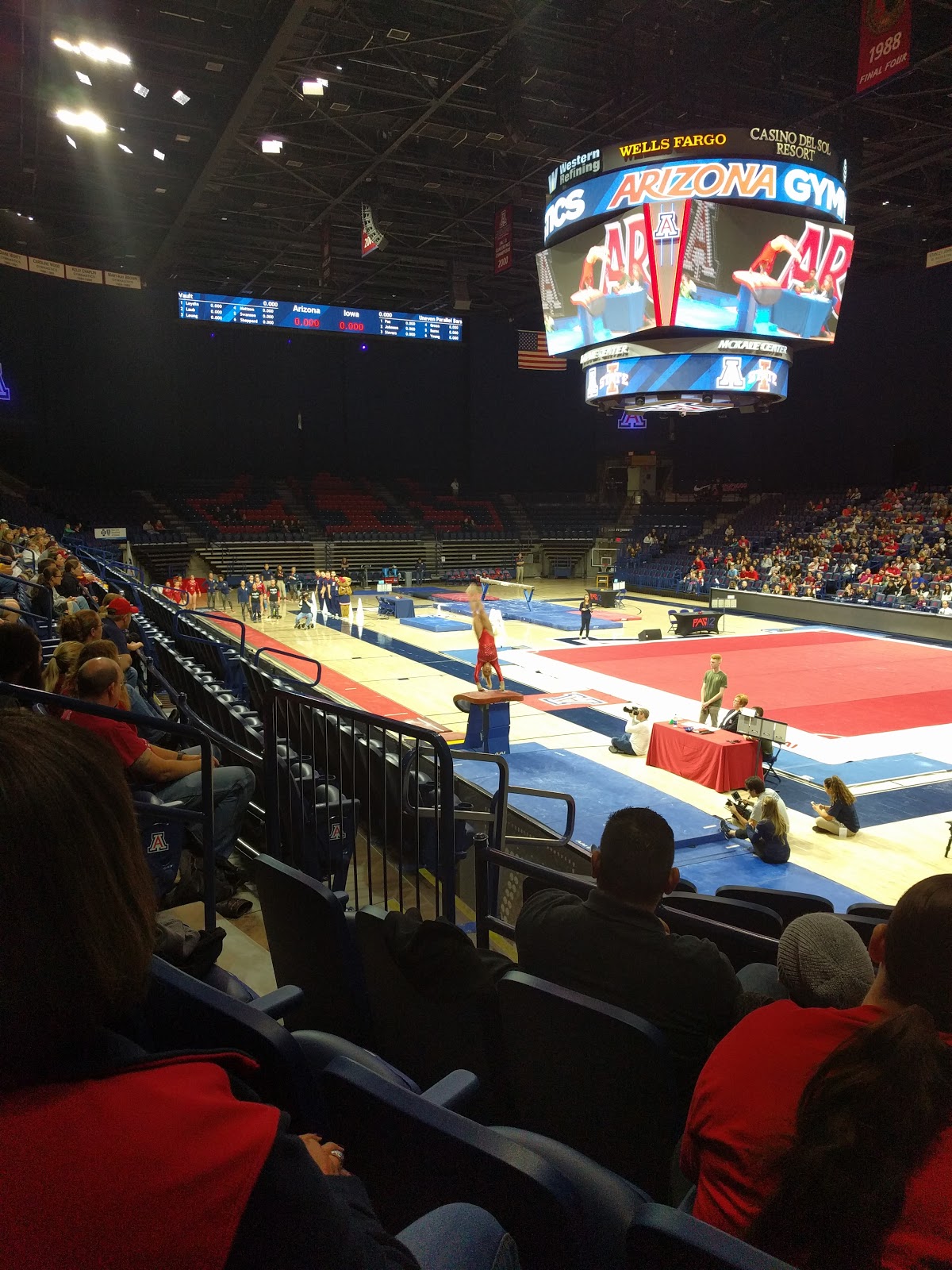 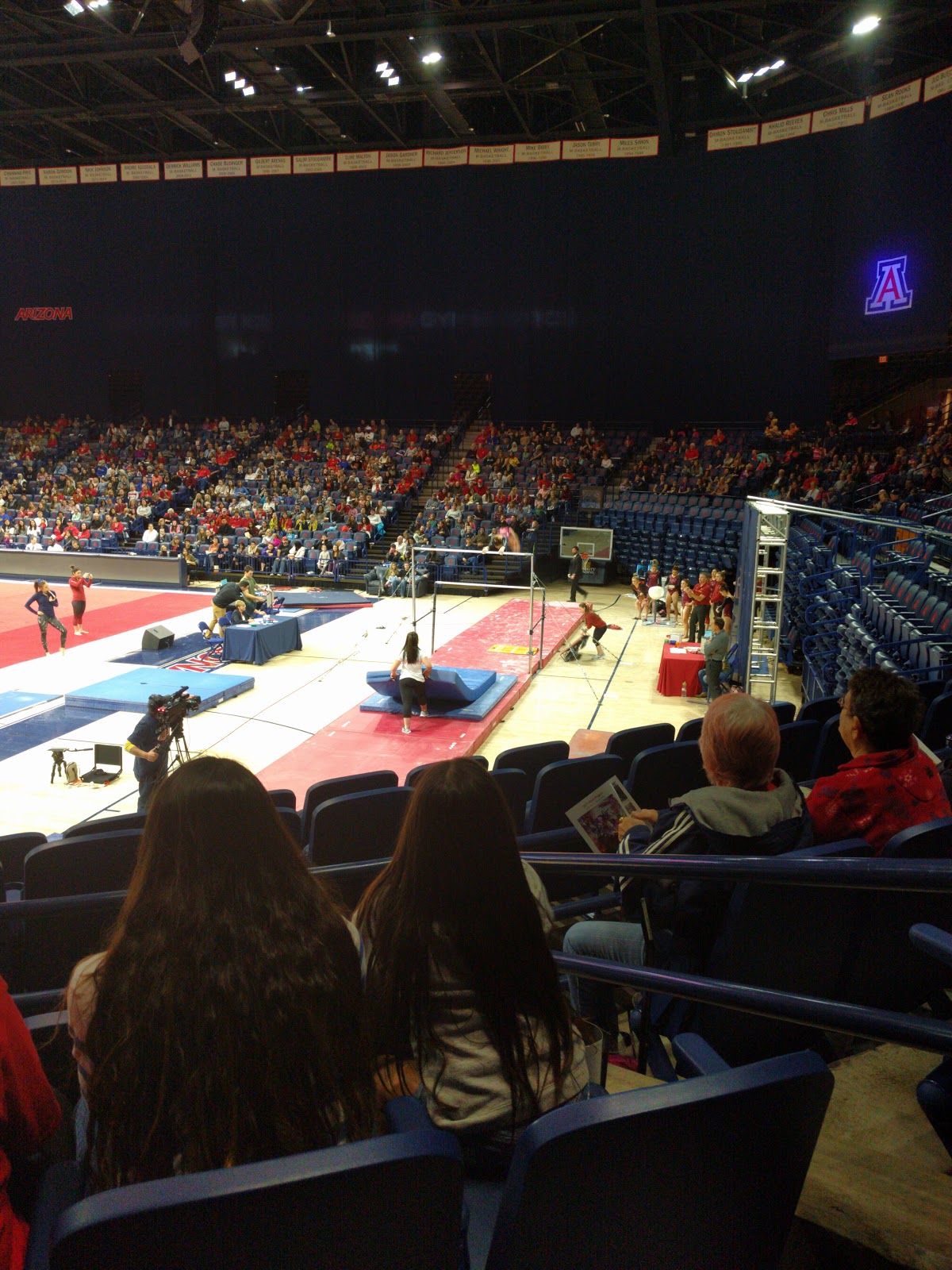 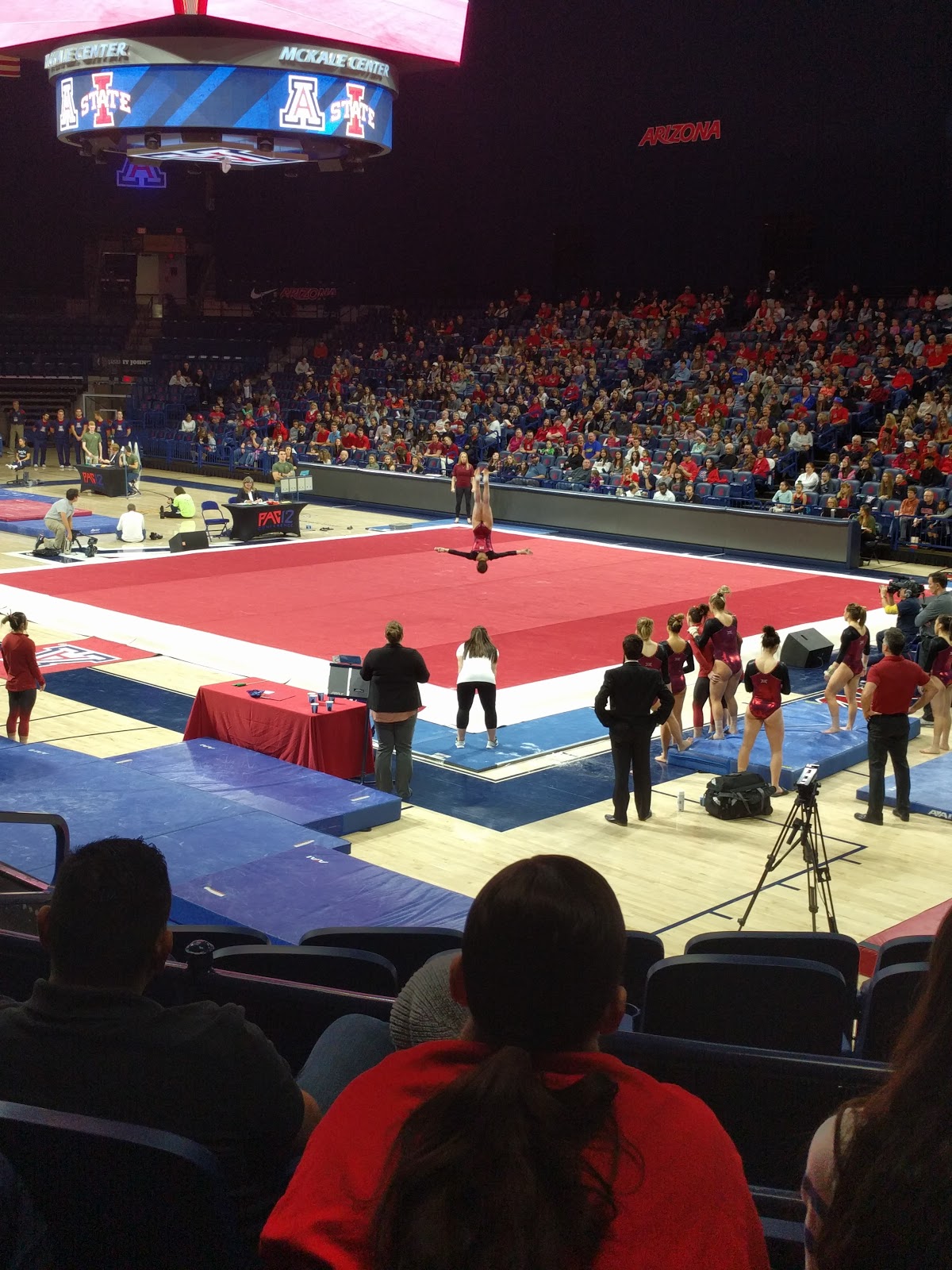 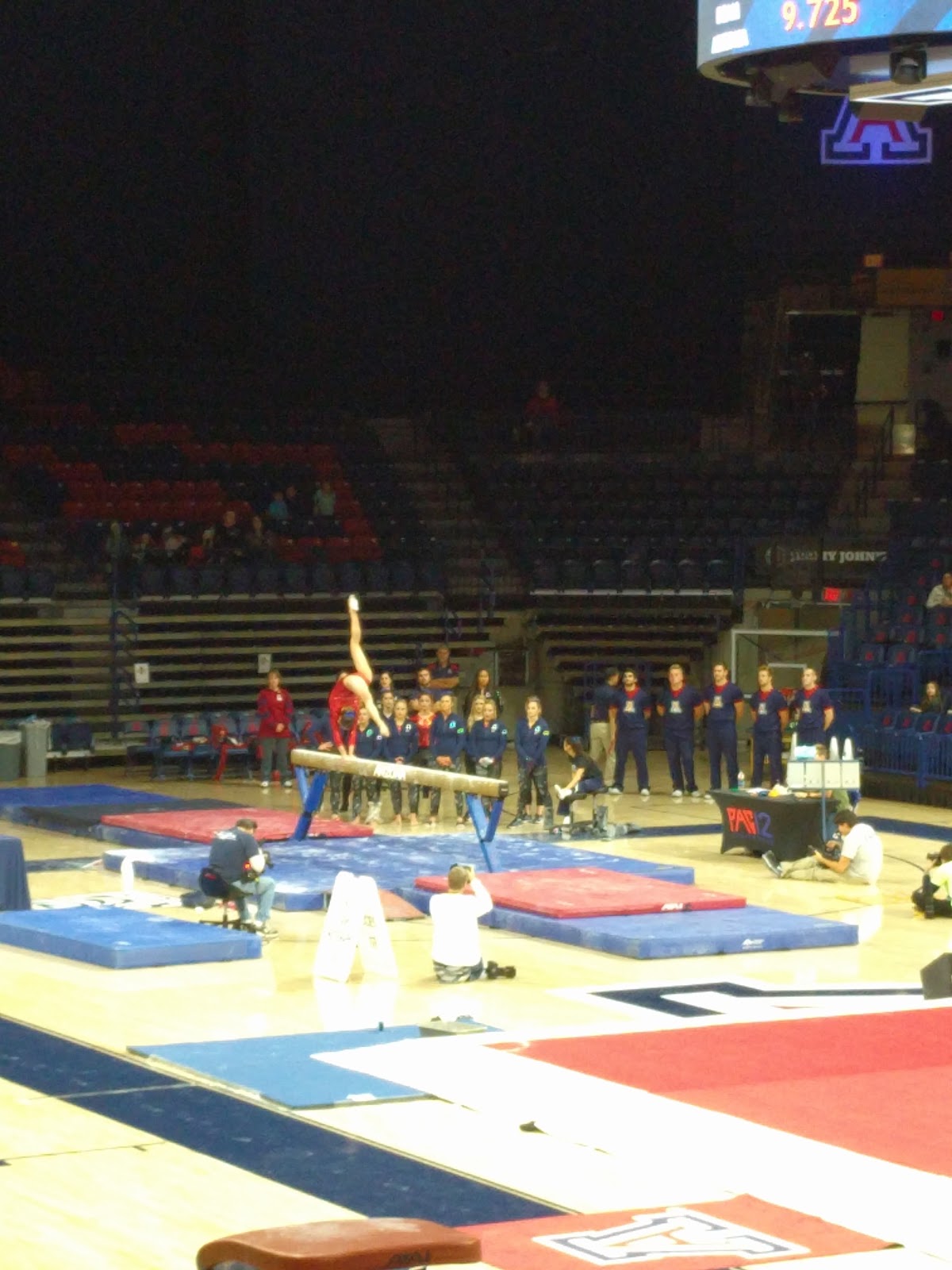 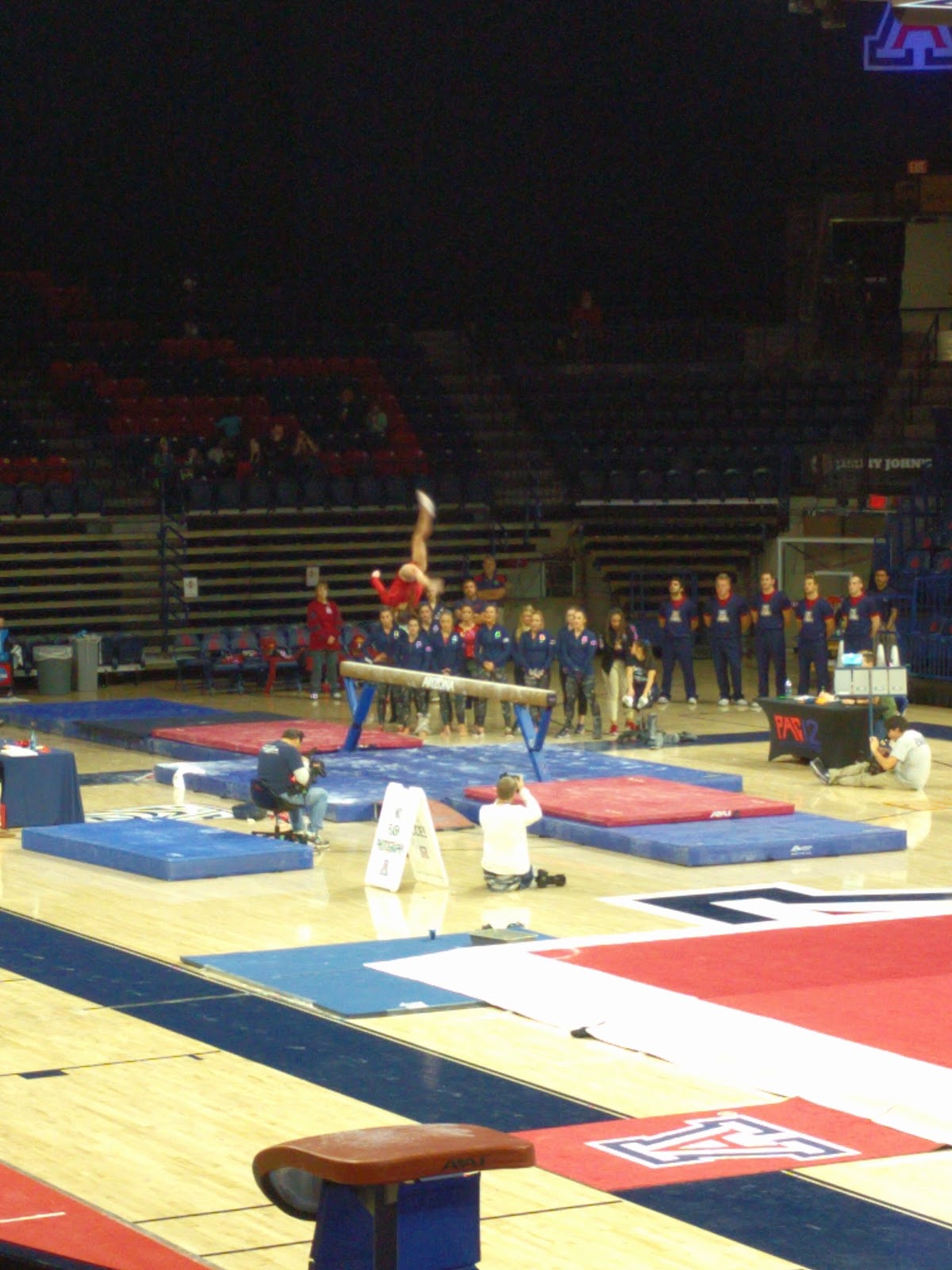 We had to leave before the meet finished but since we met up with D and boys for dinner at a Chinese buffet, they weren't too upset about it. 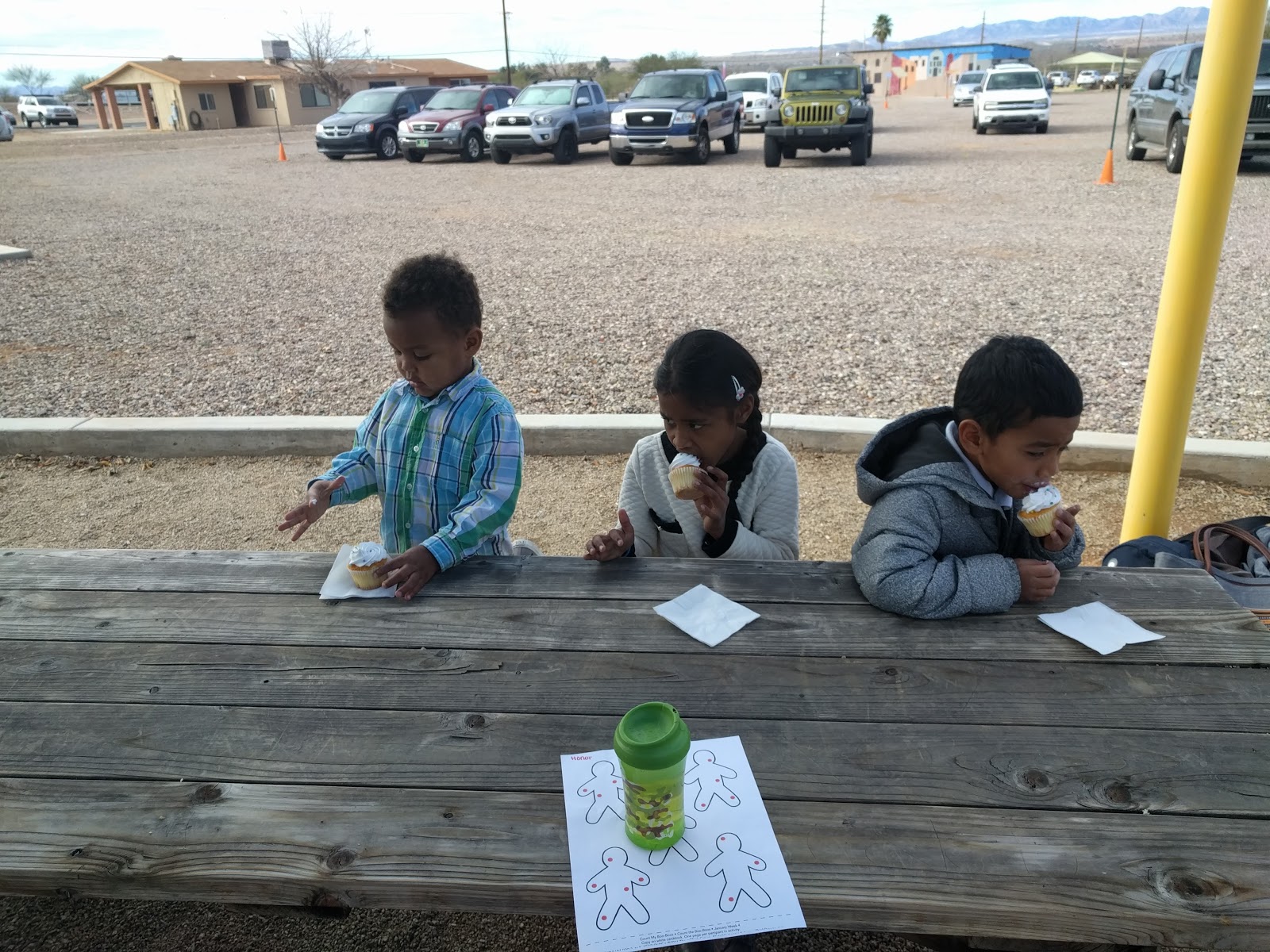 For lunch, I tried something new: corndog jellyfish 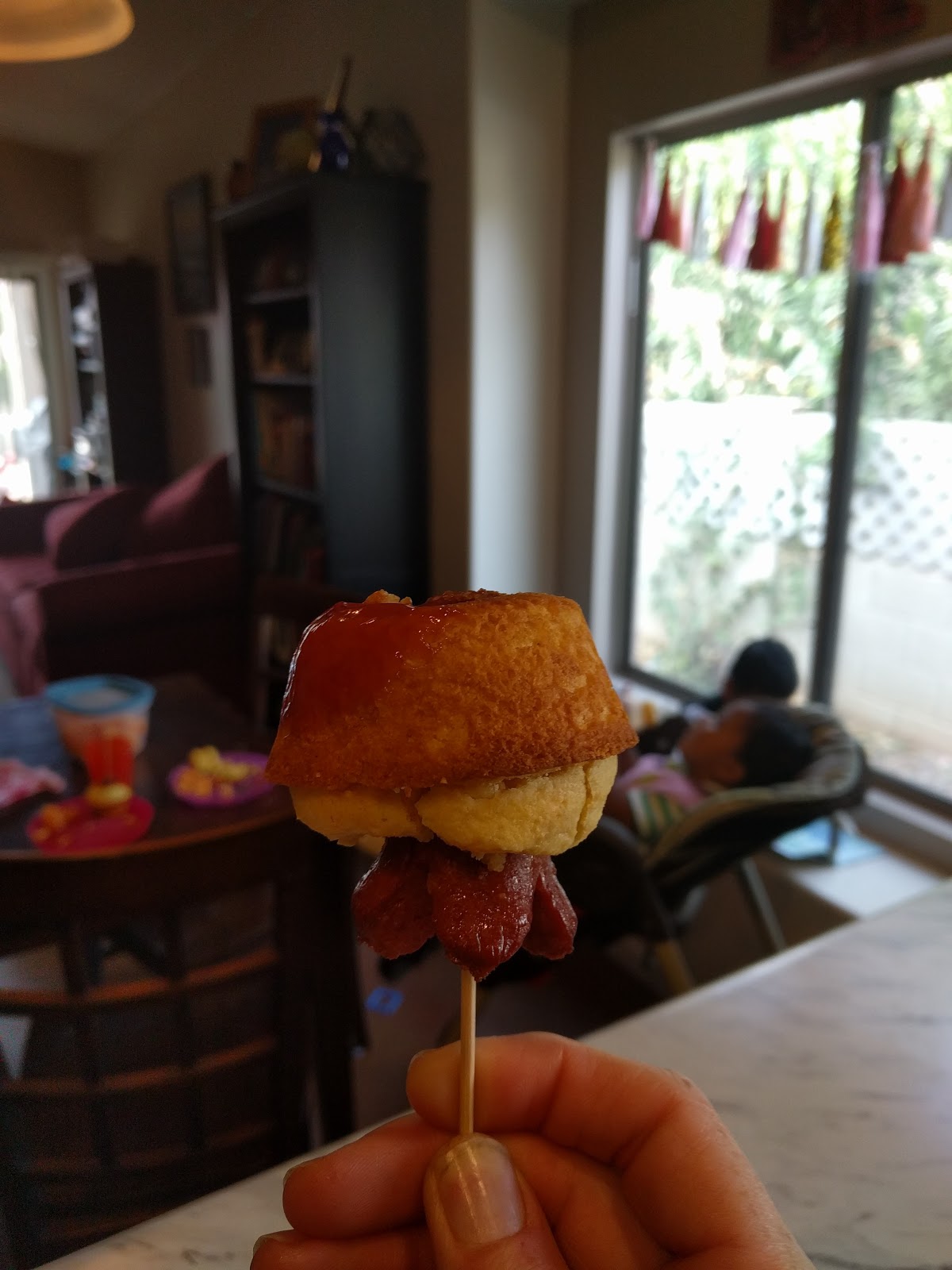 My kids love corndogs but I don't want to buy frozen ones from the store that are full of preservatives when I can make them at home.  I'm still working on the recipe but my taste testers definitely approved of my initial efforts.  I'll share the recipe here when I get the details worked out.

After naps for the little boys and some school work for the bigger two, I packed the kids up and we headed to the zoo.  The Tucson zoo is pretty small but that makes it manageable in an afternoon.  I recently declared Sky as finally too big to ride in the stroller and her consolation prize today was to be our line leader.  When Earth got tired of sitting, she pulled out her best big-sister tools and let him be her second in command. 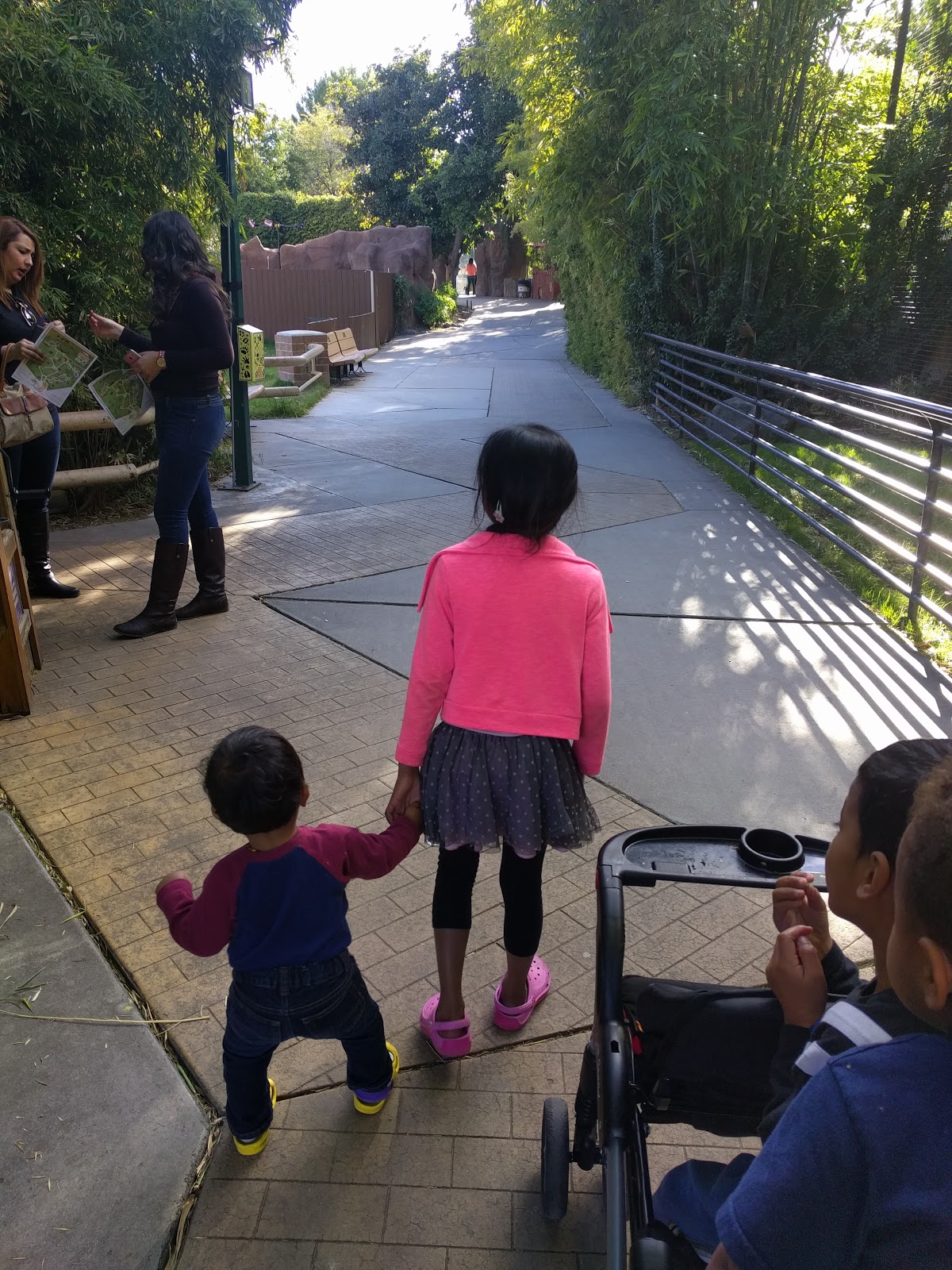 The best picture of all four of them... 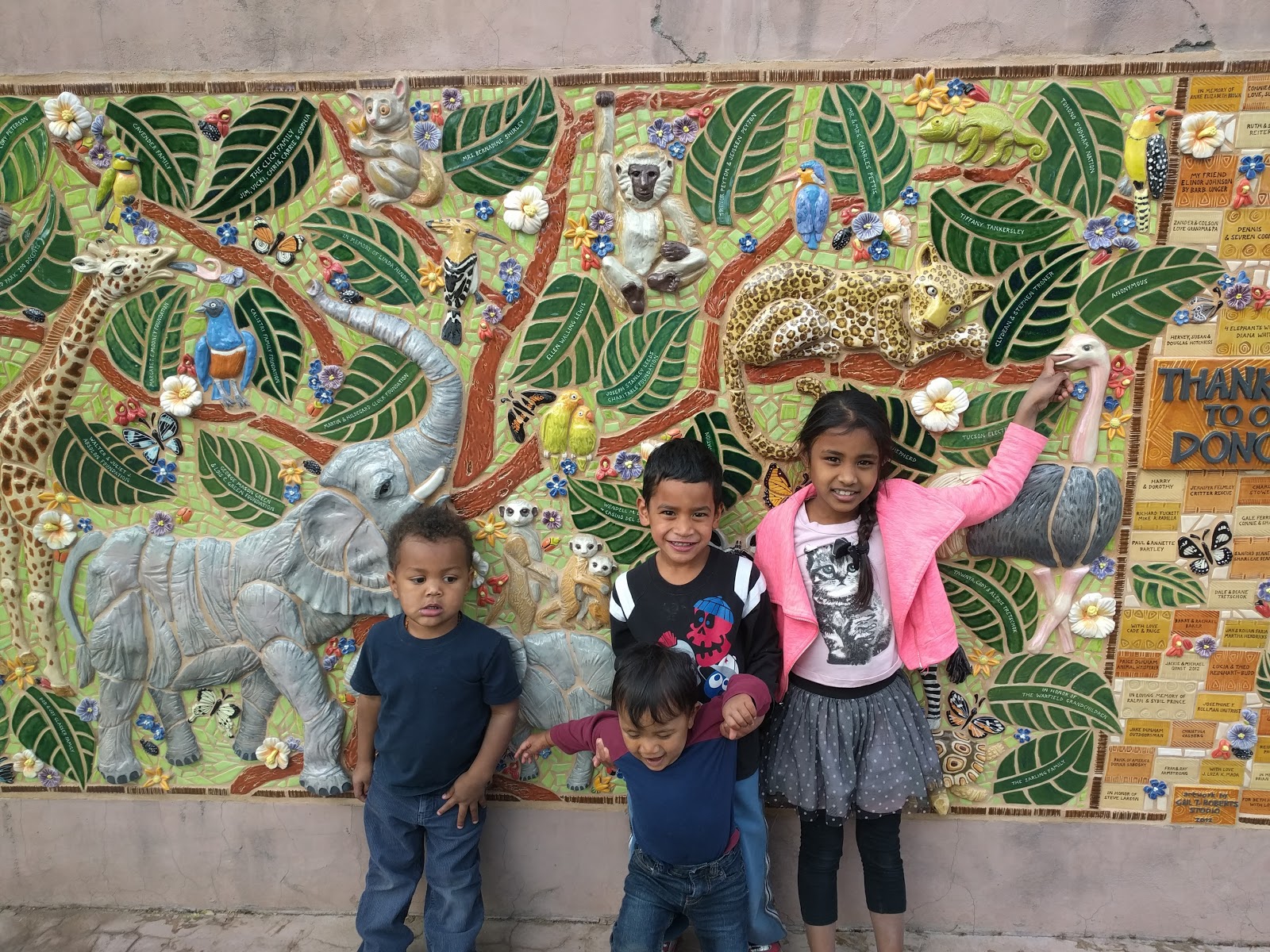 Whew!  That was a busy weekend, but so much fun.  We already have a lot planned for next weekend too.  How was your weekend?
Labels: Family Tucson