Talking to Sky about Dr King and Race 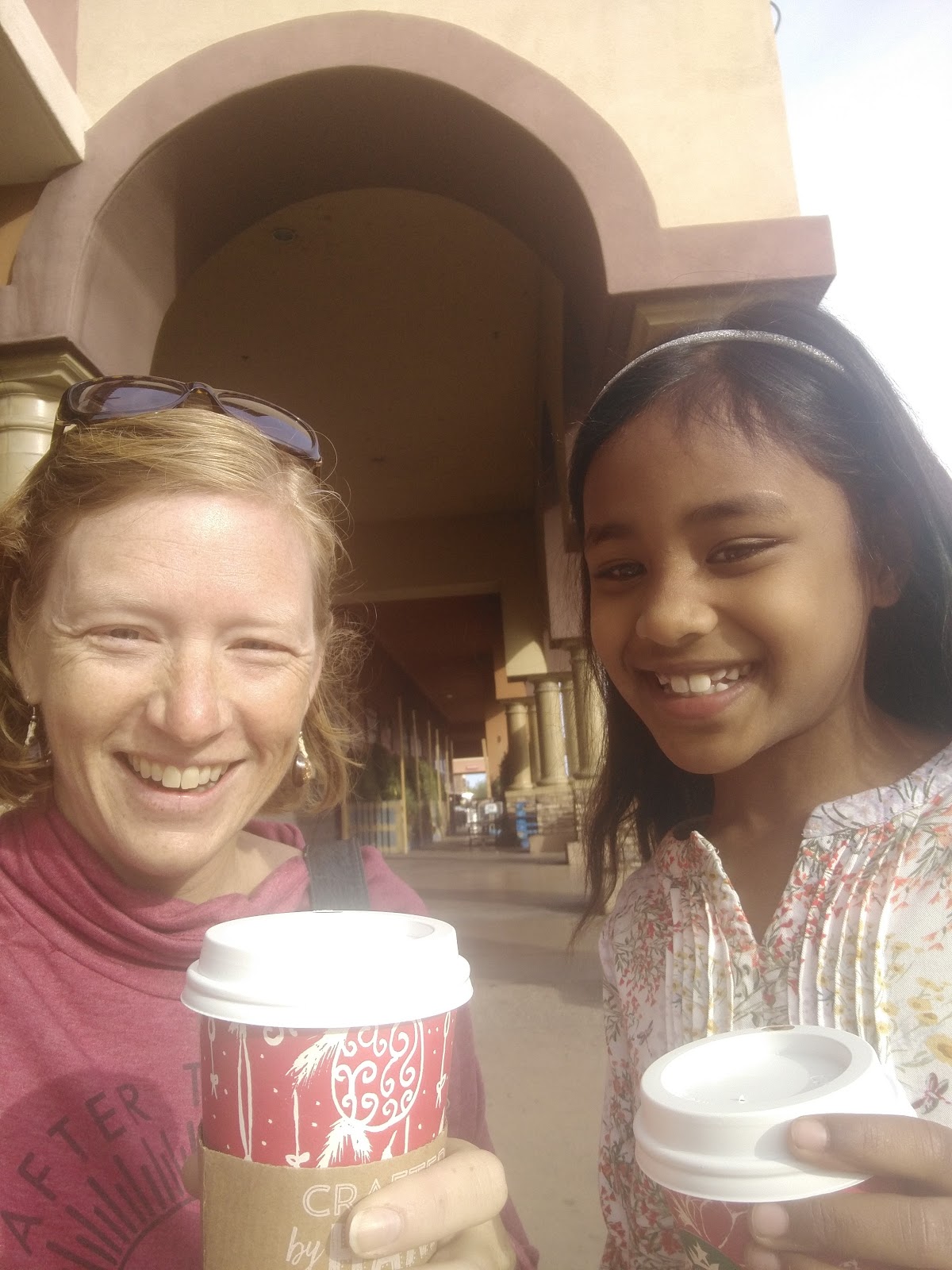 Sky has off of school today.   Unscheduled time and changes to her daily routine can be challenging for her so we try to talk about things like this ahead of time.  Being a very curious seven-year-old, she wanted to know why she had off of school so I her a little about Dr Martin Luther King, Jr.  How do you explain racism to a child who has equality ingrained in her heart?
I told her that not so long ago, brown people (that's what she calls herself and her brothers) weren't allowed to go to school with white people.  That they weren't allowed to use the same bathroom or go to the same restaurant.  That we couldn't have been a family.  I told her that brown people weren't treated the same because people only saw what was on the outside, not what really counts on the inside.   I told her how sad all that made me and that people who think like just have it wrong in their heads.
Sky asked a lot of questions and then she  me to tell her about the Civil War again (when you live most of your life on a military base, the topic of war comes up a bit more often) and how Dr King tied into that.  She asked why Trump doesn't like brown people (I think that one came home from school.  Her class is largely Hispanic and I'm guessing a grown-ups conversation got a little mutated in a child's ears) and I clarified that it seems to me that he doesn't like people who are different from him.  Sky pointed out with a child's clarity that not liking people who are different doesn't leave many people to like.  And then we arrived at gymnastics and the conversation turned to sweaters, water bottles, and who else would be in class today.
We've always been open about our differences with Sky (as in this post and this one).  She knows that D and I are white, that she and her brothers are brown and that our family was made through adoption.  We've always tried to stress the importance of behavior over appearance and told the kids that God made everyone on earth a little different, on the inside and that outside, because if everyone was the same that would be boring.
We don't watch the news on TV or listen to NPR with the kids in the car so Sky hasn't heard of all the racial unrest in America yet.  I haven't had to explain racial profiling or my fear for her brothers as they grow from cute little boys into young men of color.  I know that harder conversations are coming and that some day I will need bigger answers than "They're just thinking about it wrong" but that's the best answer I have for Sky at seven.
Maybe someday if we keep teaching our kids how to think about it right, how to treat each other as equals regardless of how someone looks and to chose kindness in our words and actions, those hard conversations will be a little easier for everyone.


See where I'm linking up here