In an effort to save a little money, D and I decided that I would do preschool with Water at home for now, rather than enrolling him in some place this fall like we'd originally talked about.  This is a big departure for us because although I've a little bit of homeschool with him before and I taught Sky for pre-k when there wasn't a teacher on island, we've always relied on others to teach the kids.  Don't get me wrong, I love my kids and I love spending time with them but homeschooling has never been a good option for us since there's always been adoption/developmental baggage involved in our relationships.  Since Water and I don't have any of that between us, we don't butt heads and working together is working out so far.
I had originally planned on buying the Alpha and Omega preschool curriculum from a friend but that's on hold for now so I'm using the internet to find learning activities for him and sometimes making them up on my own. Since Water can already recognize most of the letter of the alphabet, his numbers through 10, and knows his shapes and colors, I'm working with him on letter sounds, counting skills, and fine motor skills.
This week, we're working on the letter K: 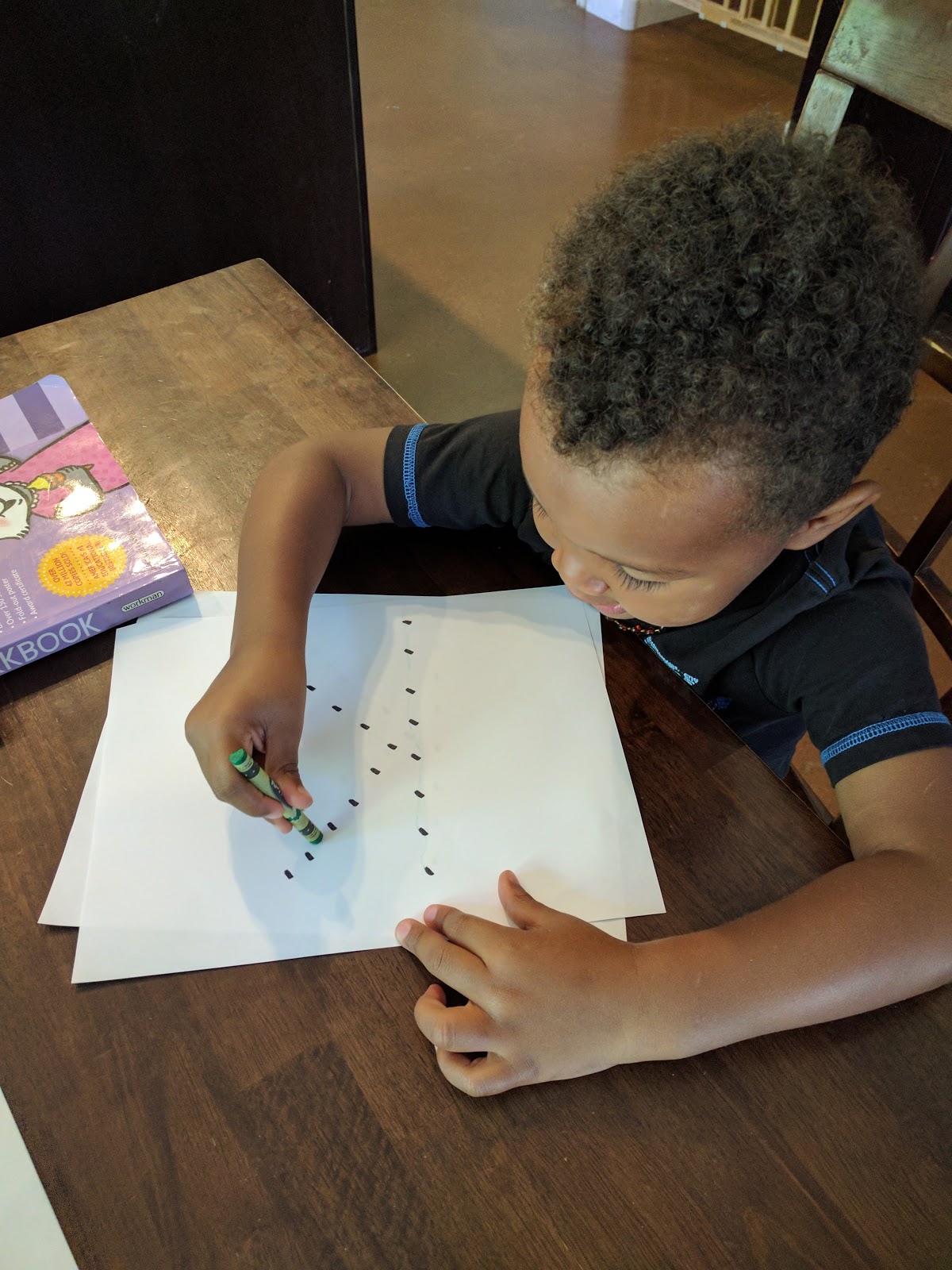 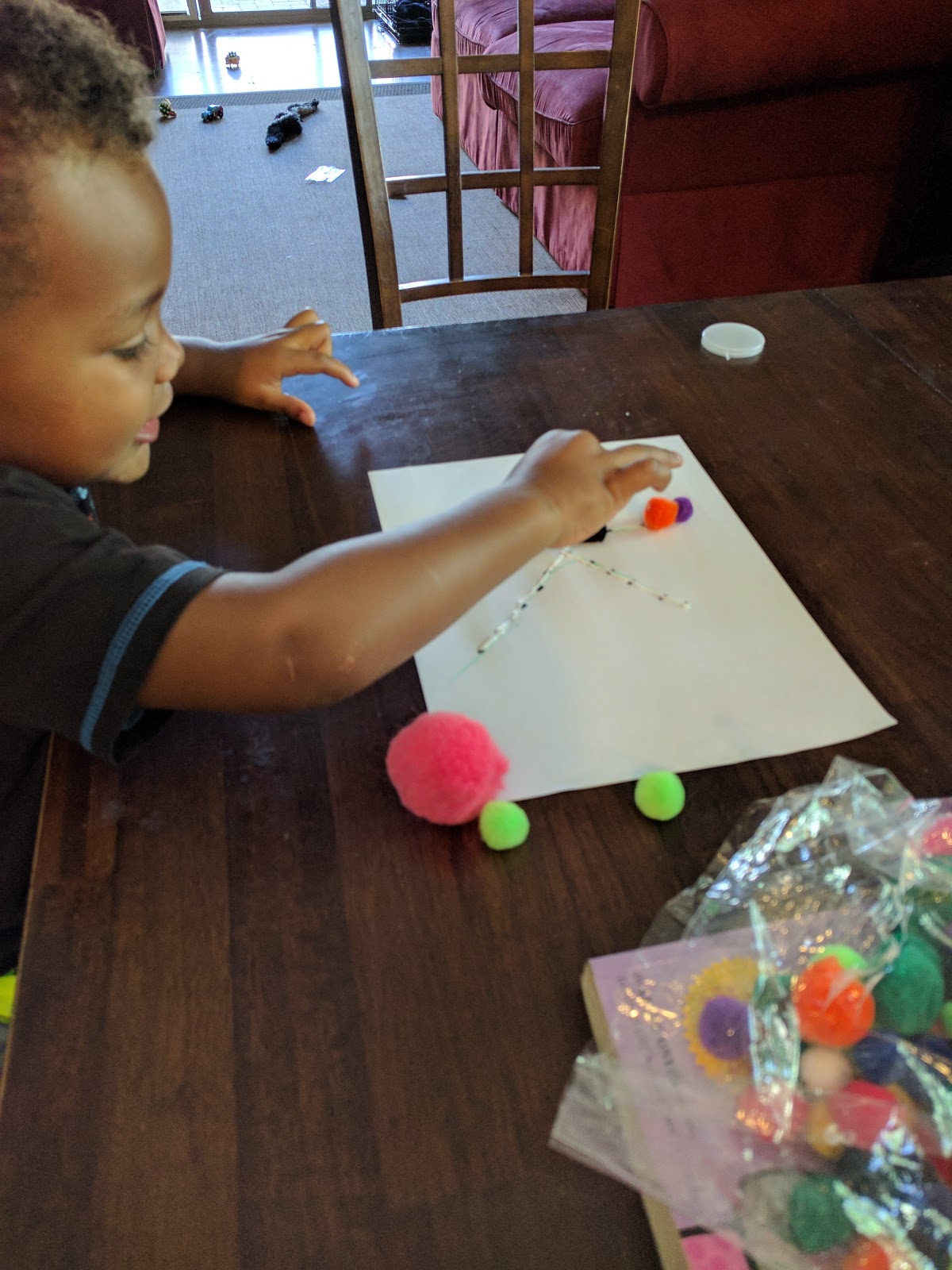 I made four dot-to-dots of the capital letter K and helped him connect them to write the letter, then he picked his favorite one and he glued puff balls to it. 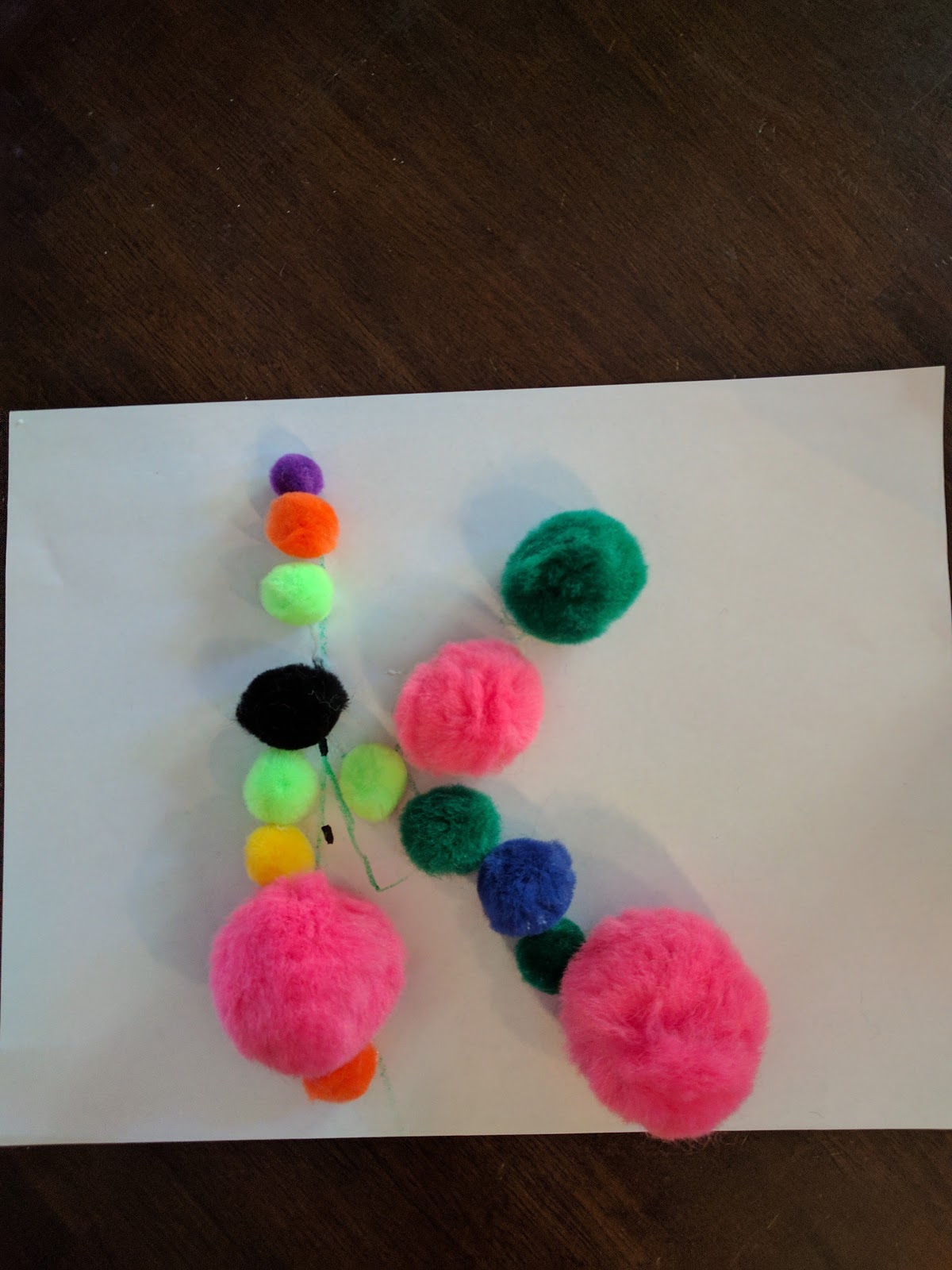 We also did a workbook page on identifying words that start with a K sound and then I pulled out a Melissa and Doug shape puzzle that my mom sent him for his birthday.  I love using things like this because there are so many ways to use them besides just putting the pieces back in their spots.  I had him find the pieces by color, then by shape, and then I had him tell me which pieces to put back in. 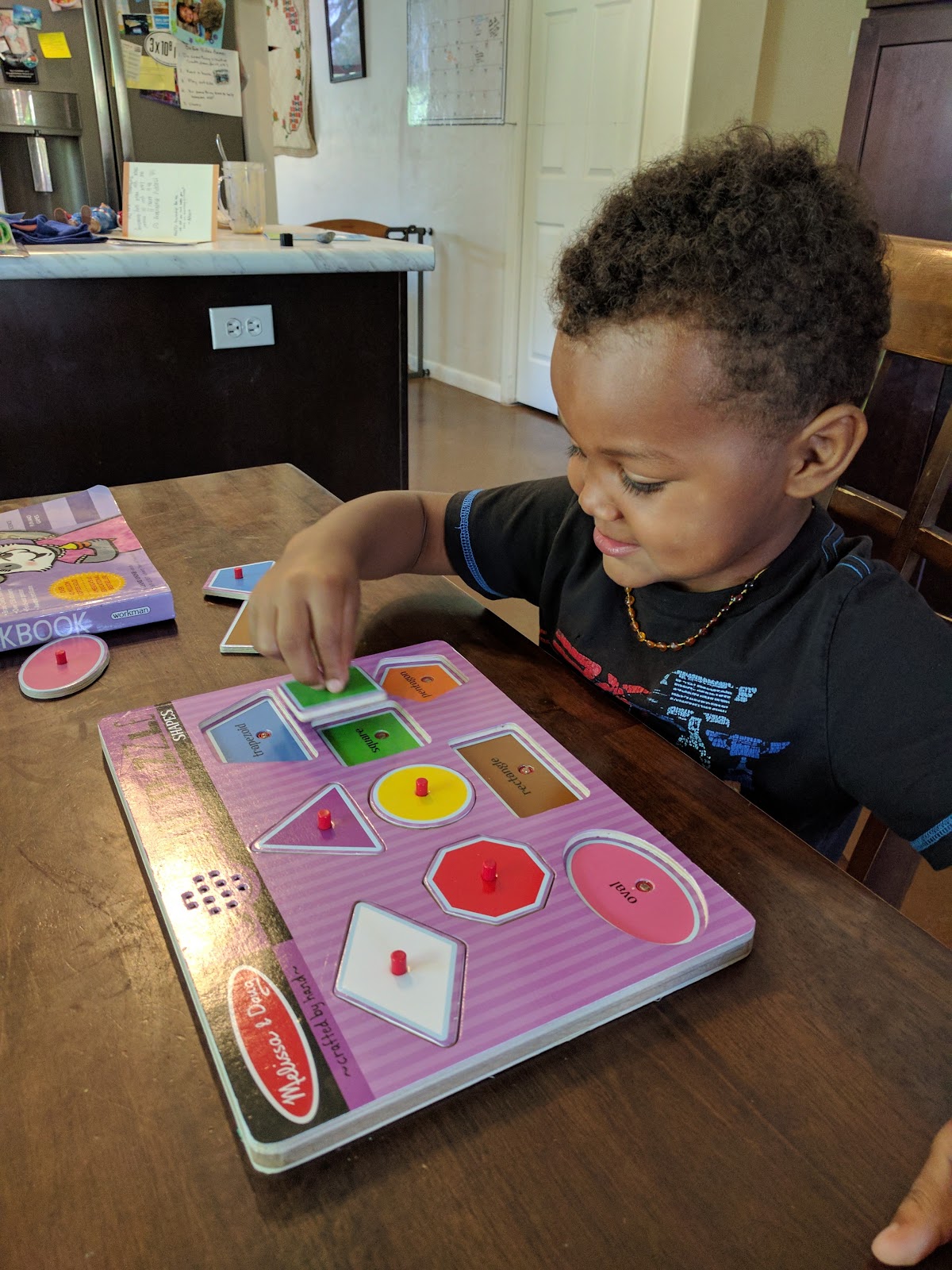 We only do homeschool three days a week and then only for 20-30 minutes.  While he has fun doing school with me, Water's attention span is still pretty short and I don't want school to be something I have to force him to do.

And what did Earth do while Water and I did school? 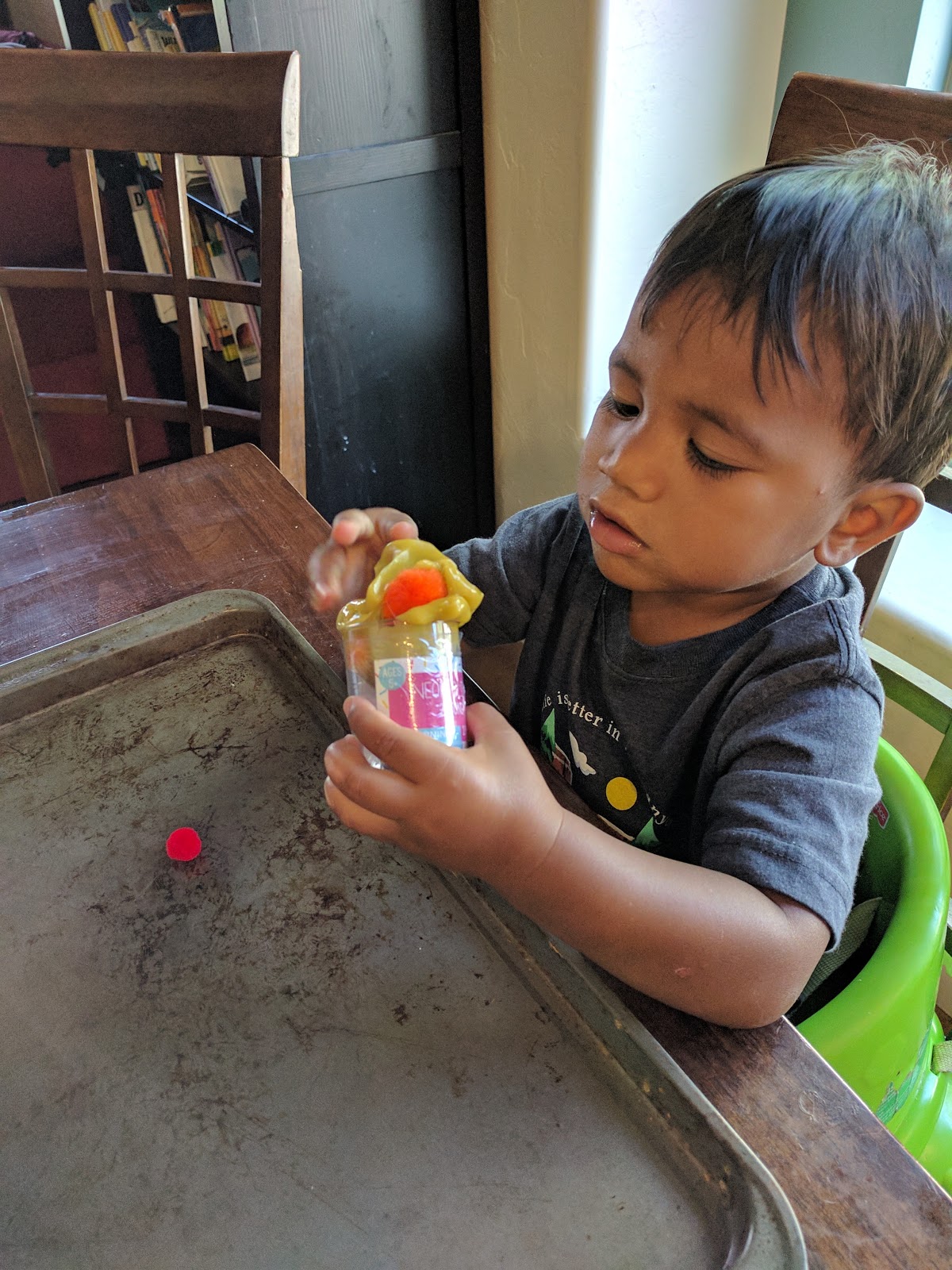 I set him up with slime, a plastic jar, and puff balls and he was happy for the entire time!

Do you do any home school with your pre-school age children?  Do you buy a curriculum or come up with your own?  Got any suggestions on keeping younger siblings occupied during school time?