What is it about boys and trains?  Sky loves them too but not the same way that the boys do.  They love everything about them: the noise, the size, the speed.  I've taken them to the toy train museum here in Tucson but one Saturday when Sky was out with D, I decided to take them to see the real thing at the Southern Arizona Transportation Museum.  I didn't get a lot of pictures (Earth is really on the run these days!) but it was the perfect place for little kids who love trains. 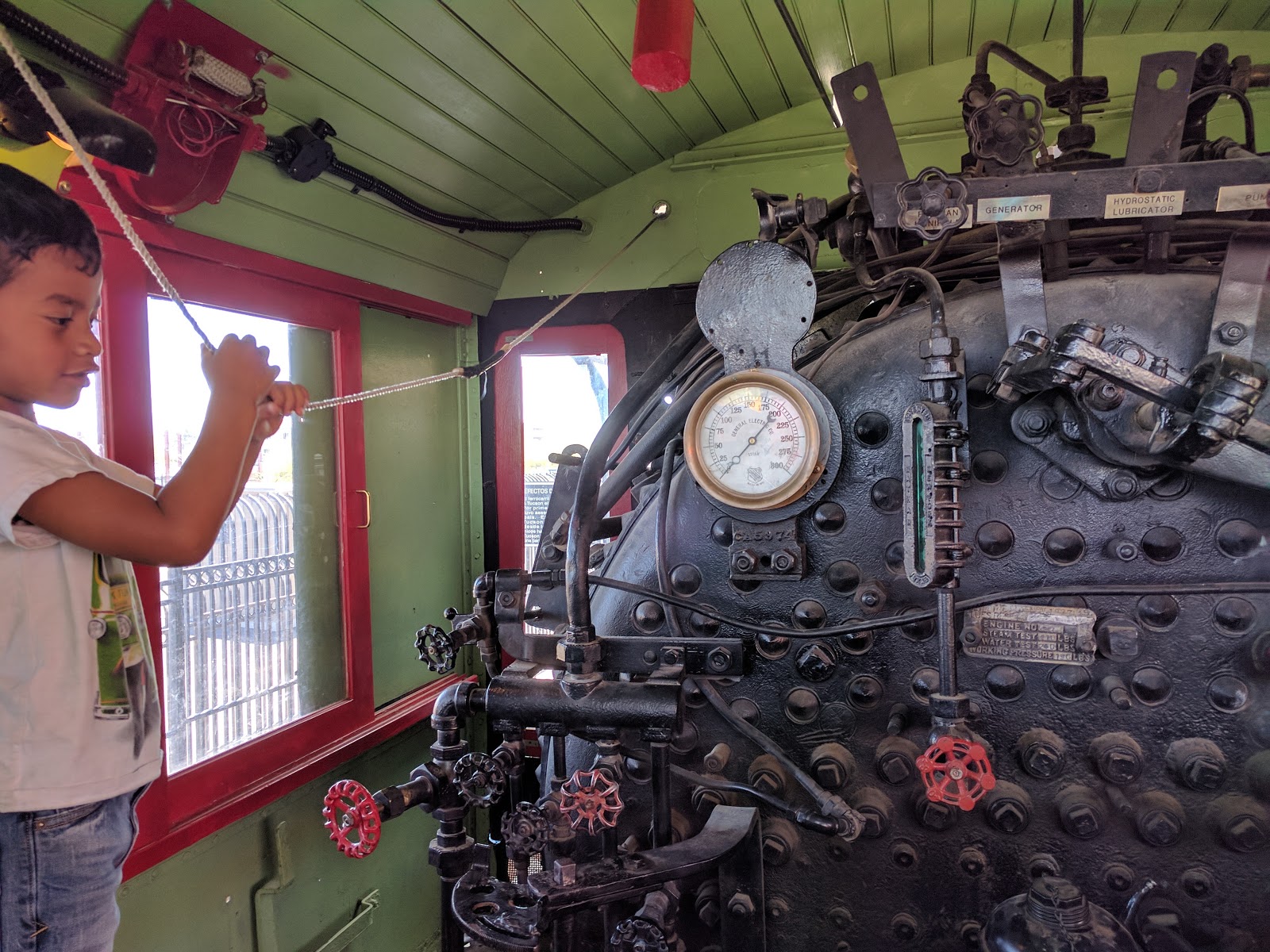 The restored engine was open and the boys got to blow the whistle and try all the knobs and levers. 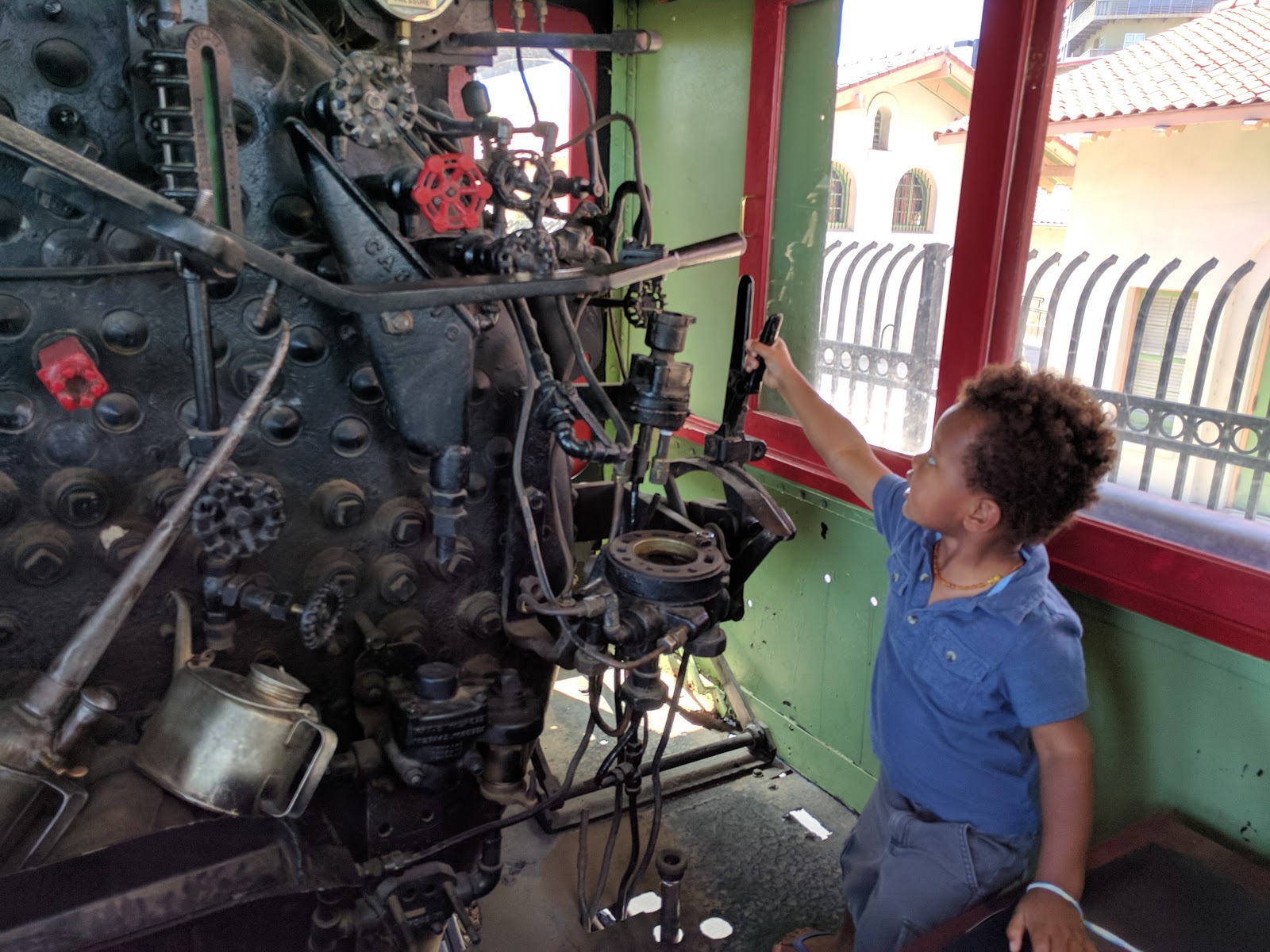 The actual museum was a little above the boys but they had a little train table in front of the gift shop that occupied them for almost 40 minutes. 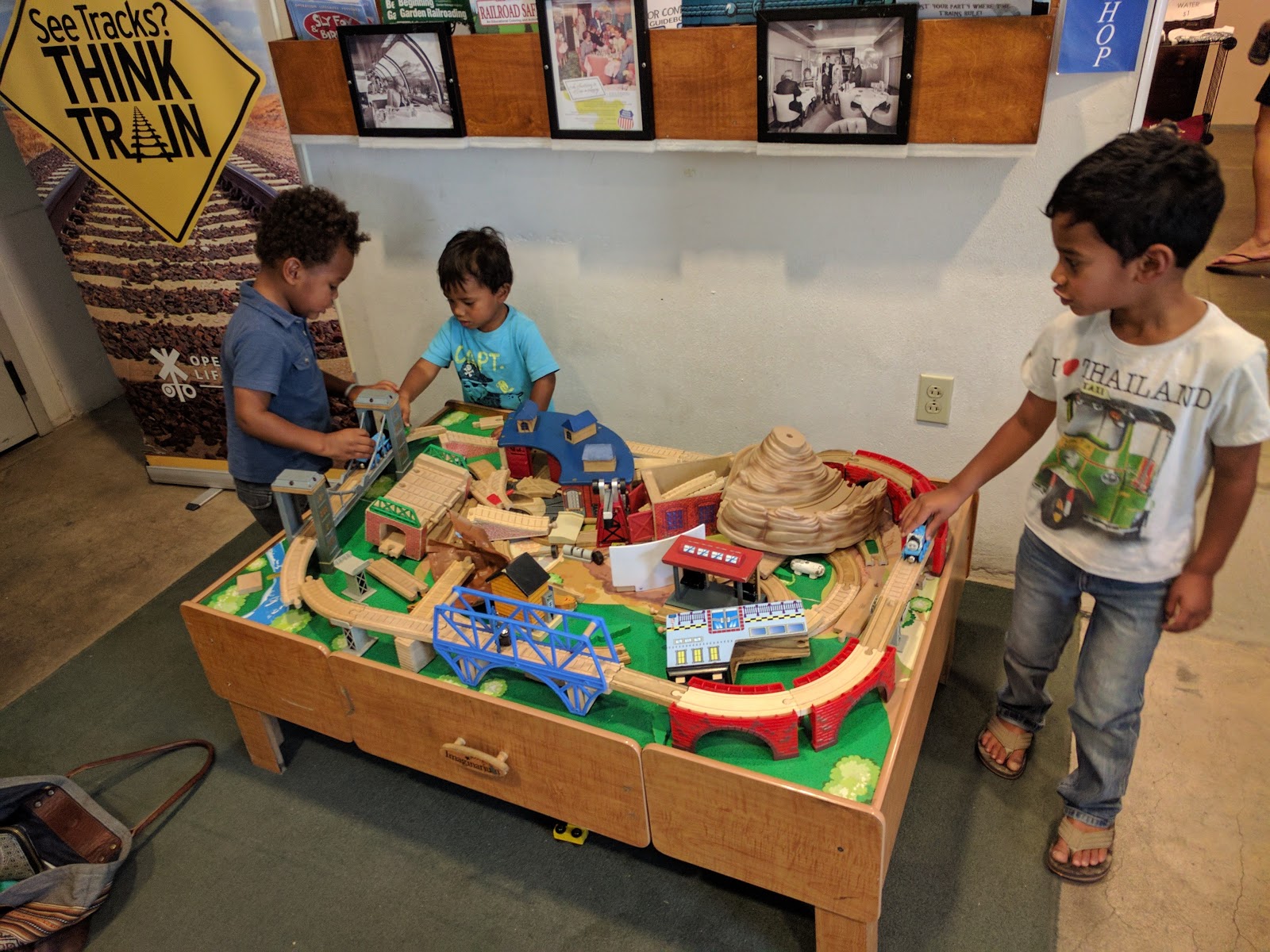 We had a picnic lunch by the engine and while we were there, the volunteer manning the engine set up the small "garden train" they have at the base of it.  It ran back and forth in front of the engine and the boys had a blast chasing it.  Fire asked a ton of questions and it was great to see him so engaged.

Afterwards, we hit up a nearby deli for some cookies and juice before heading home. 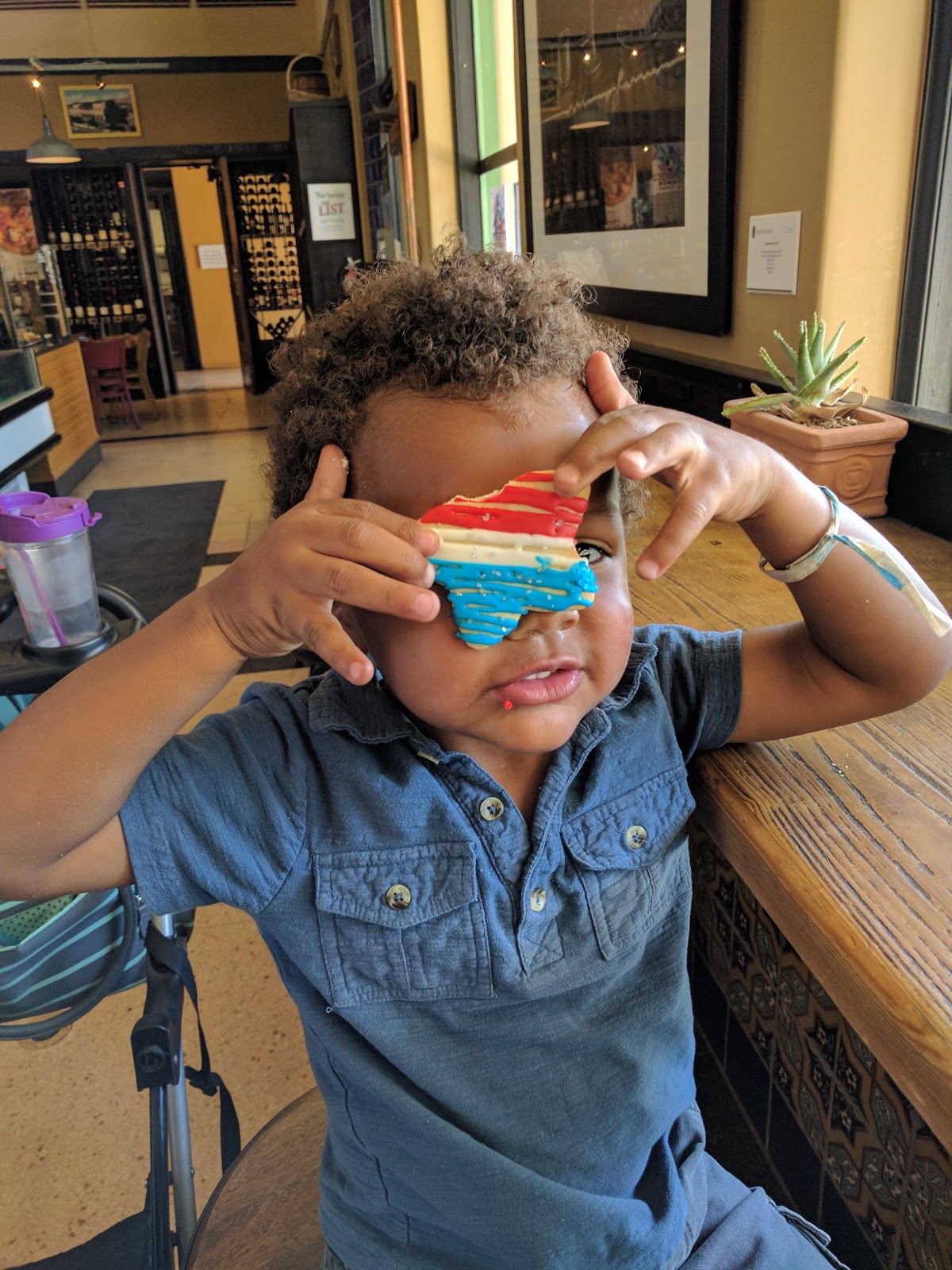 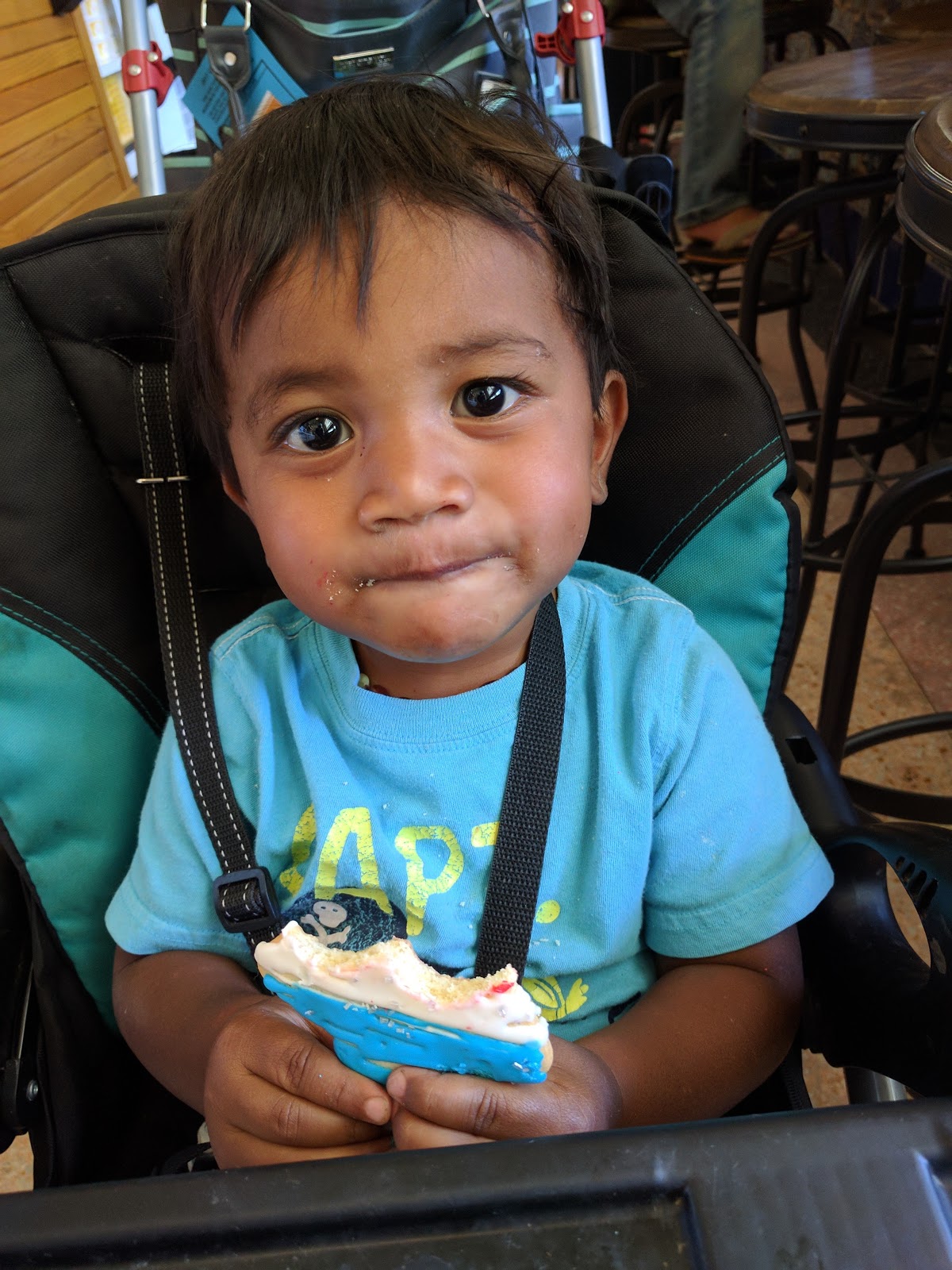 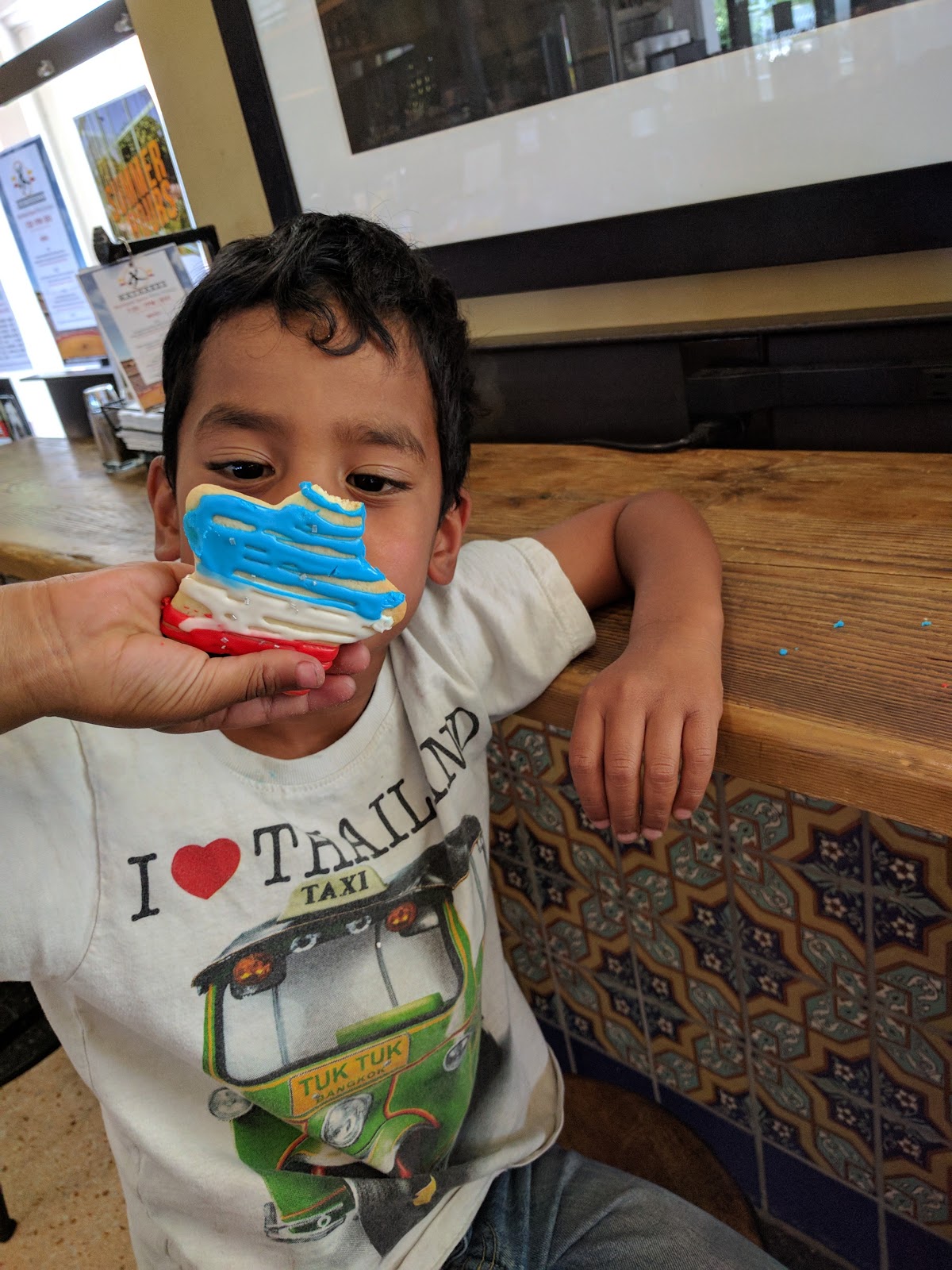 If you're in Tucson and looking for something to do on a Saturday, I highly recommend stopping by this museum.  The volunteers were so kind to the kids and all the boys had so much fun.  We're definitely going back!