D and I are closet hippies, you could say.  We love farmer's markets, making most of our food from scratch, we were really conflicted about moving to the suburbs, and all our kids really are named after the four elements, so when I saw a flier for the Earth Harmony Festival I knew that we had to go.  D's not a big fan of camping but we thought it would be a fun family getaway so we loaded up the truck and headed down for the weekend. 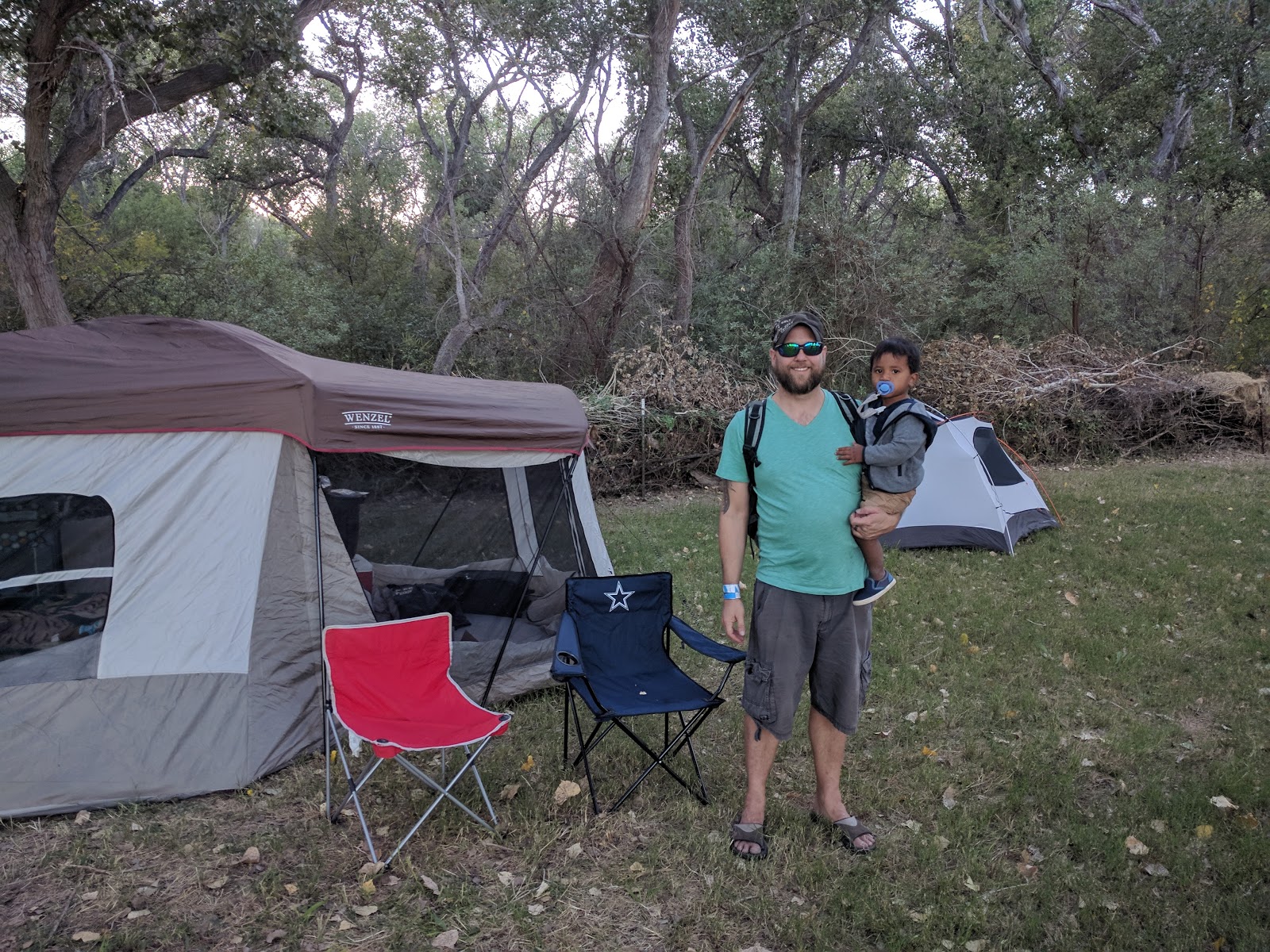 We got there early on Friday evening and set up camp 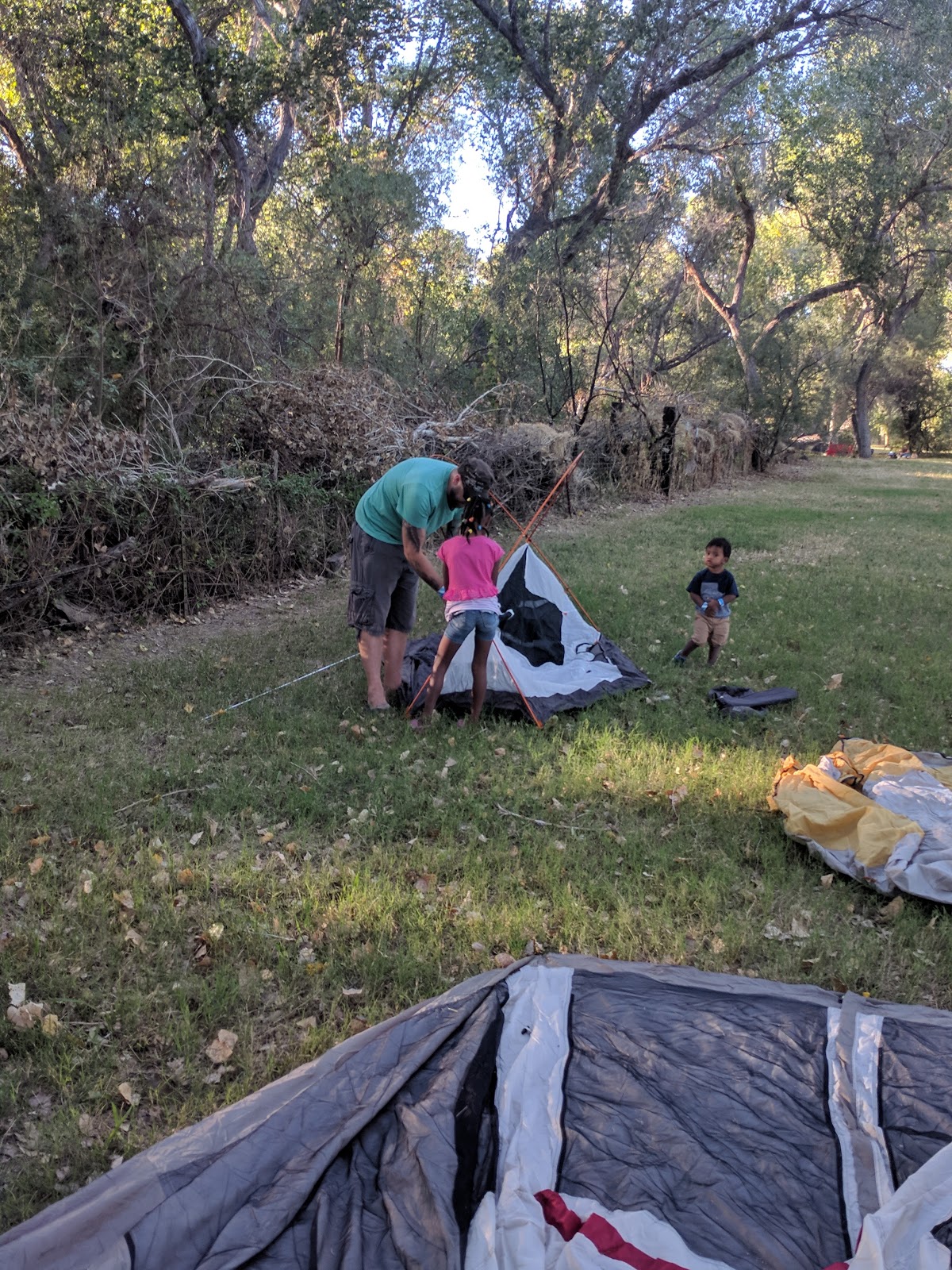 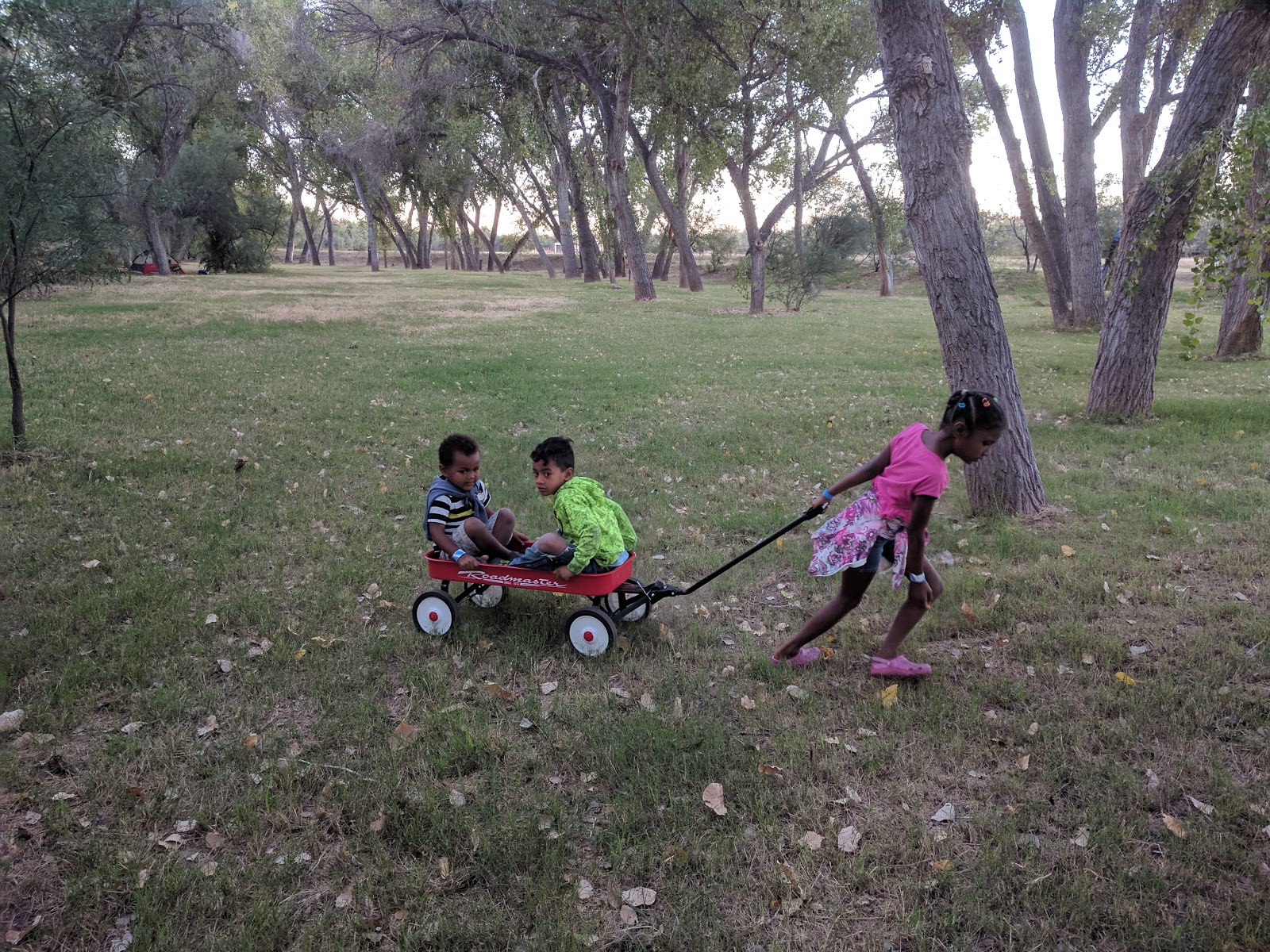 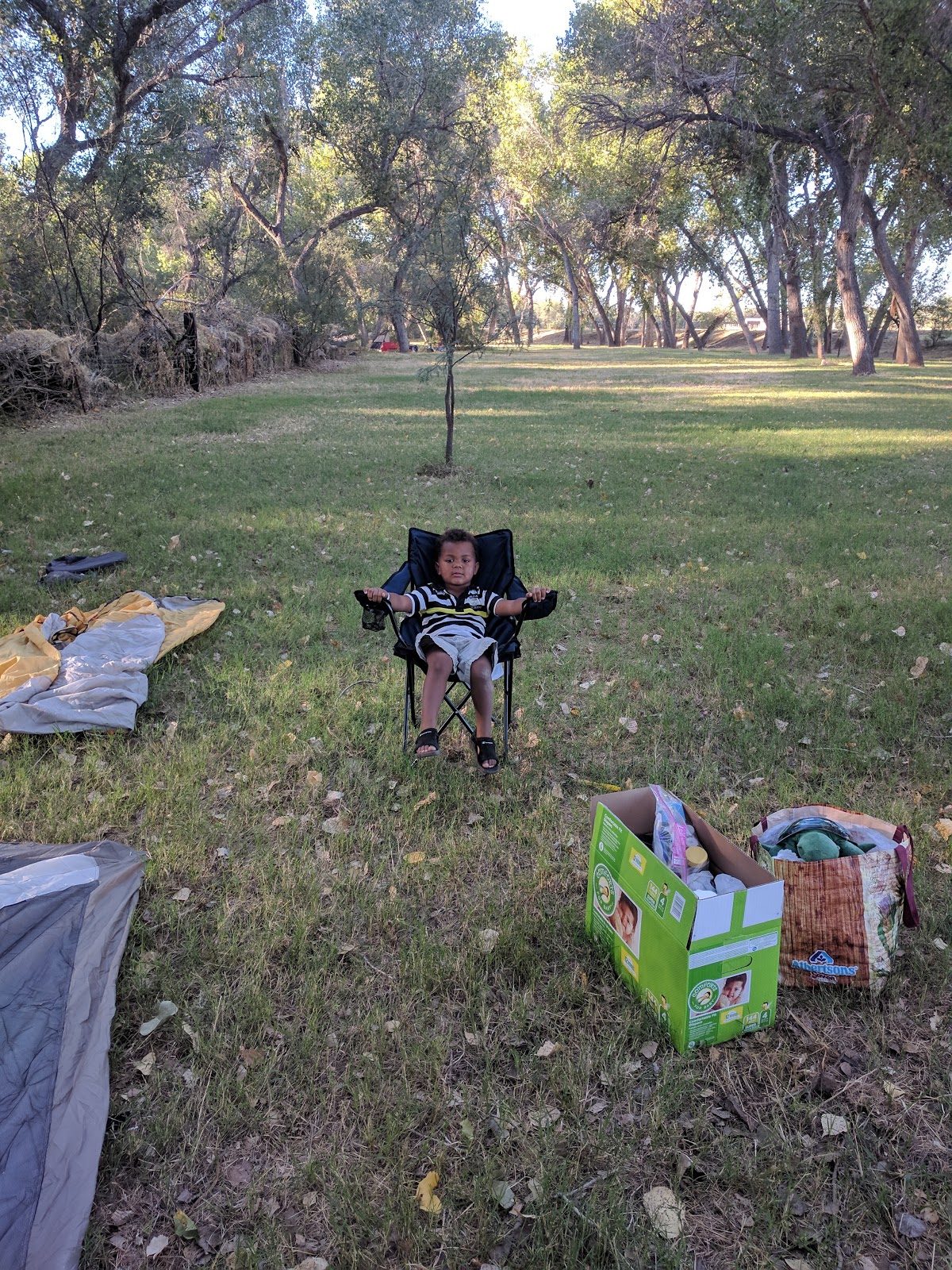 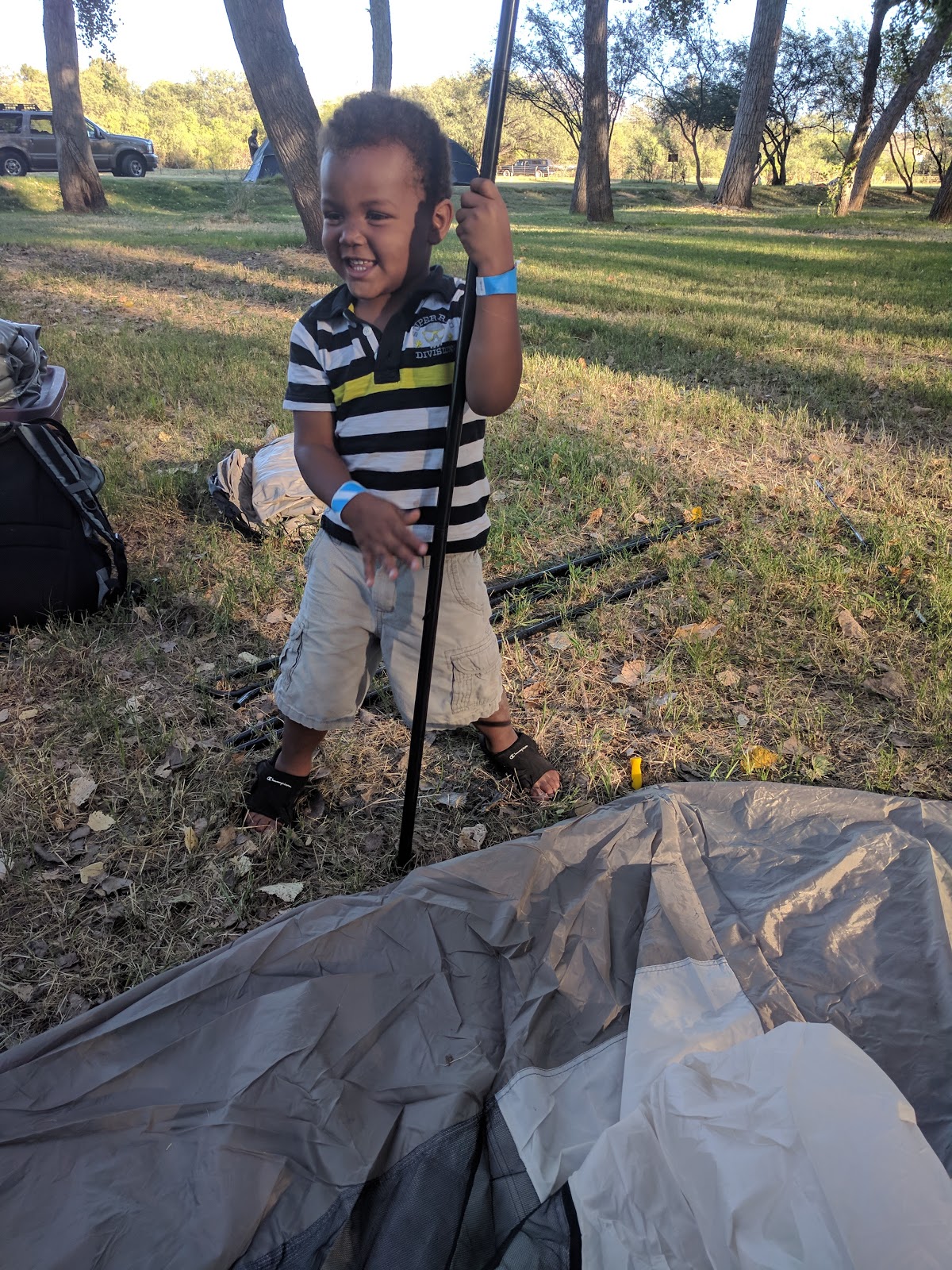 And played cello on tent poles.  Like you do. 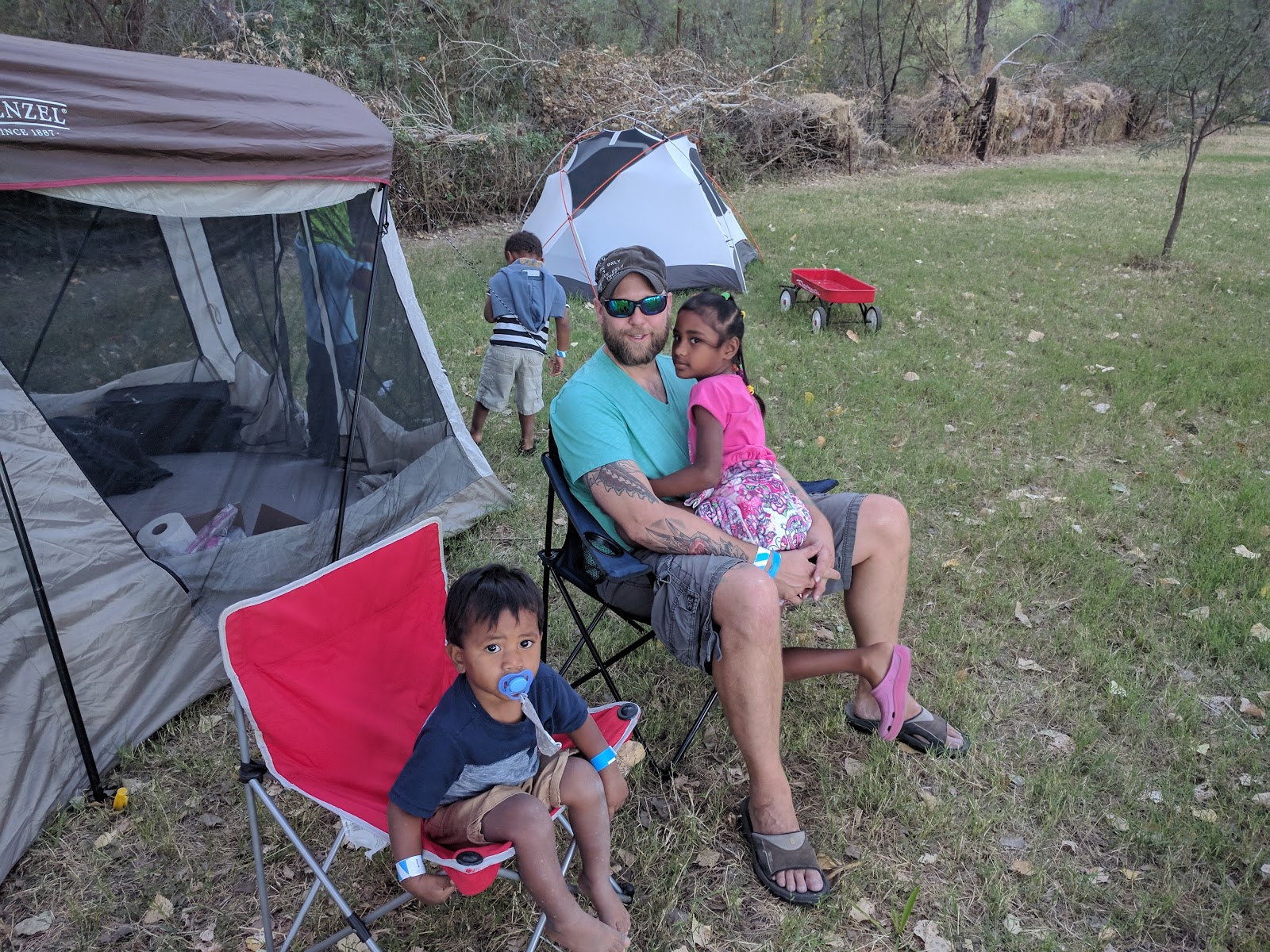 We took a break after everything was set up 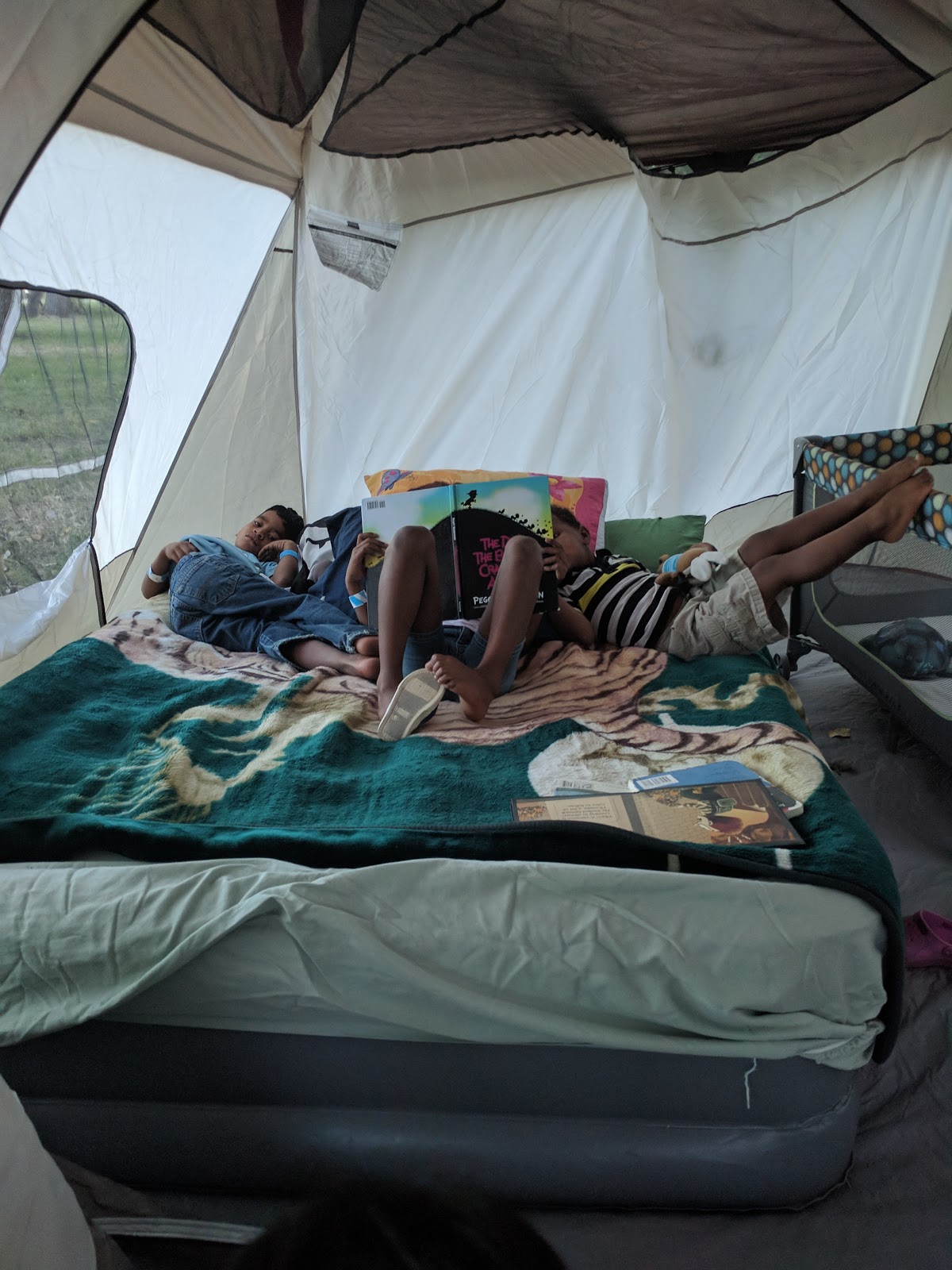 and then Sky read to her brothers before we went looking for some dinner.  We had vegan burritos, chips and guacamole, and then headed out to the campfires.  The kids had begged me to bring the stuff to make s'mores when they heard that there would be a campfire so I did, and they each ate half of one and decided they were done with being sticky.  More for me!  After mini-baths with baby wipes, it was bed time for all.

The next morning started bright and early.  After breakfast, the kids headed over to the fire pits.  Someone had started small fires since it was really chilly (about 48 degrees) and the kids had fun throwing every stick they could find on into the fires 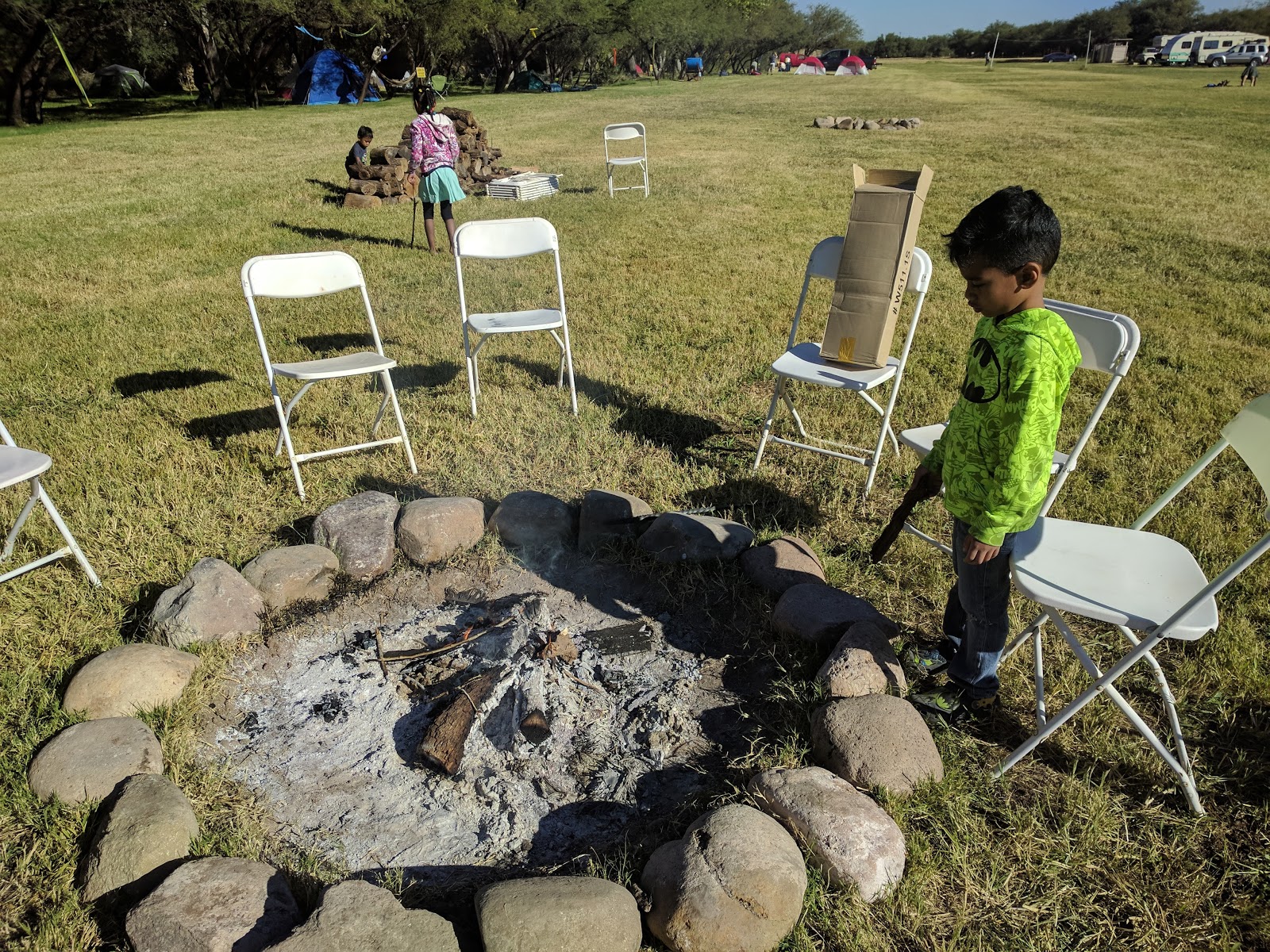 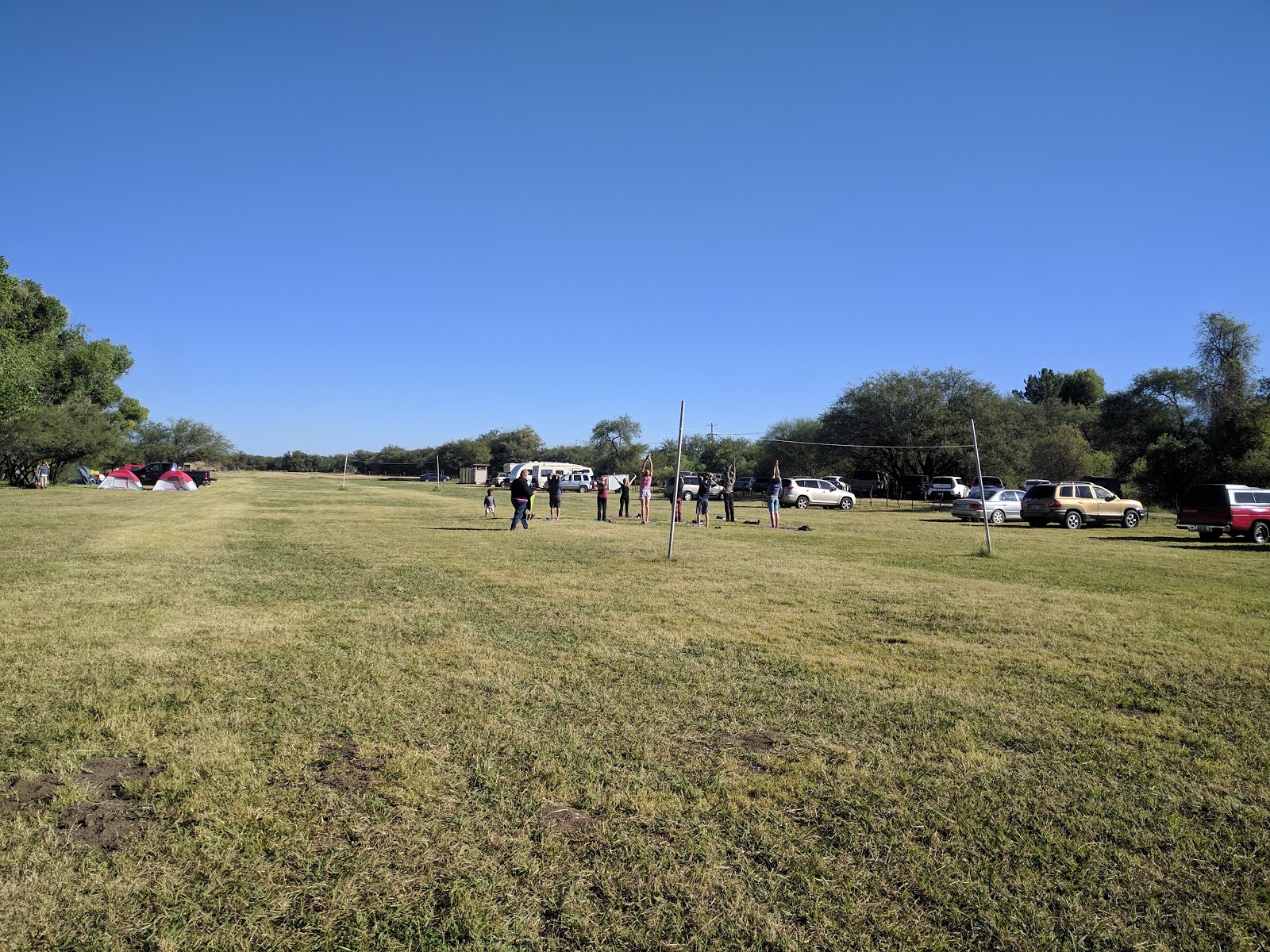 We played with our food at snack time 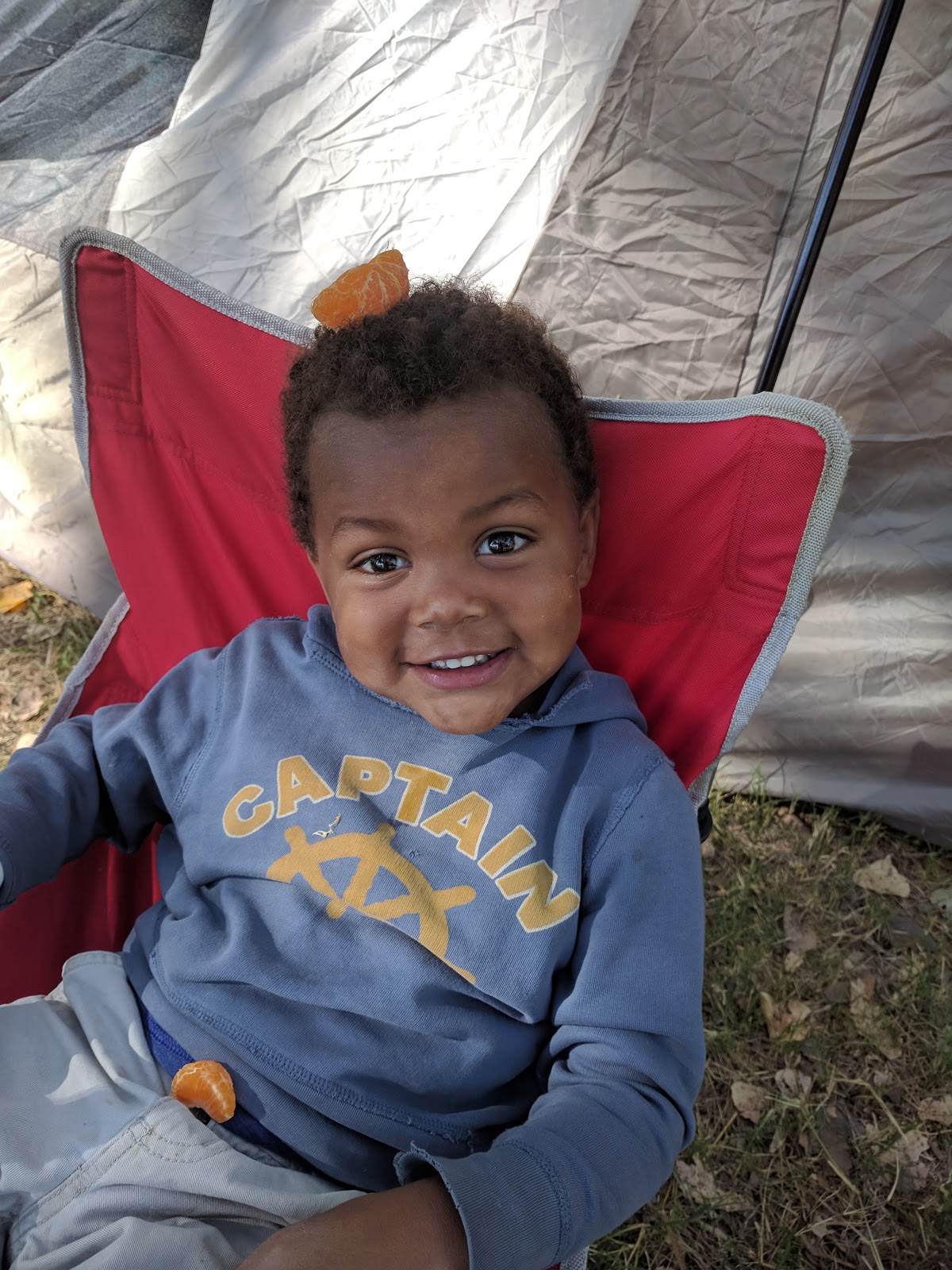 or arranged it neatly into a snack train 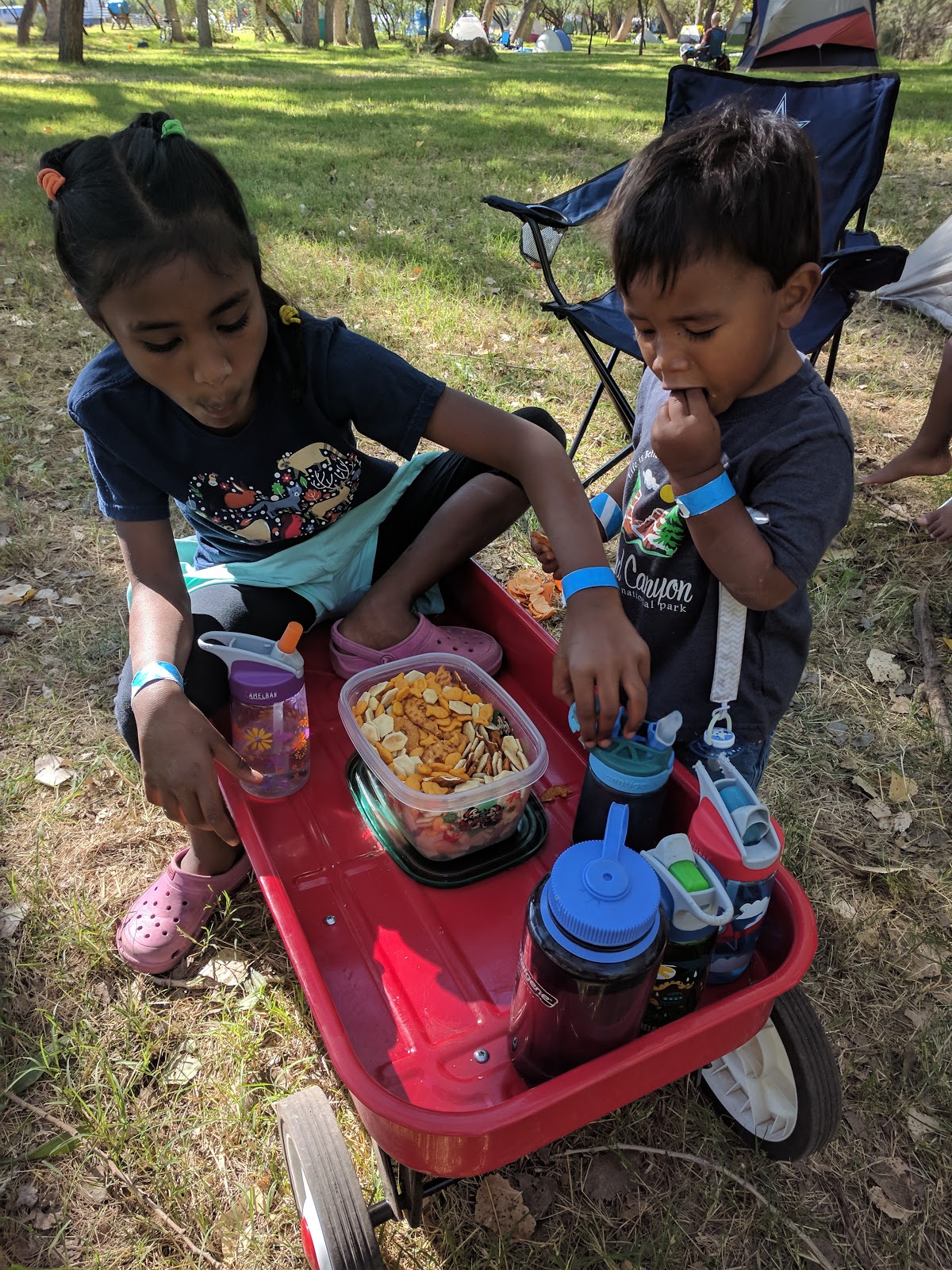 and headed up to the festival.  They had a children's village that was perfect for the kids.  There were lots of activities and plenty of helpers. 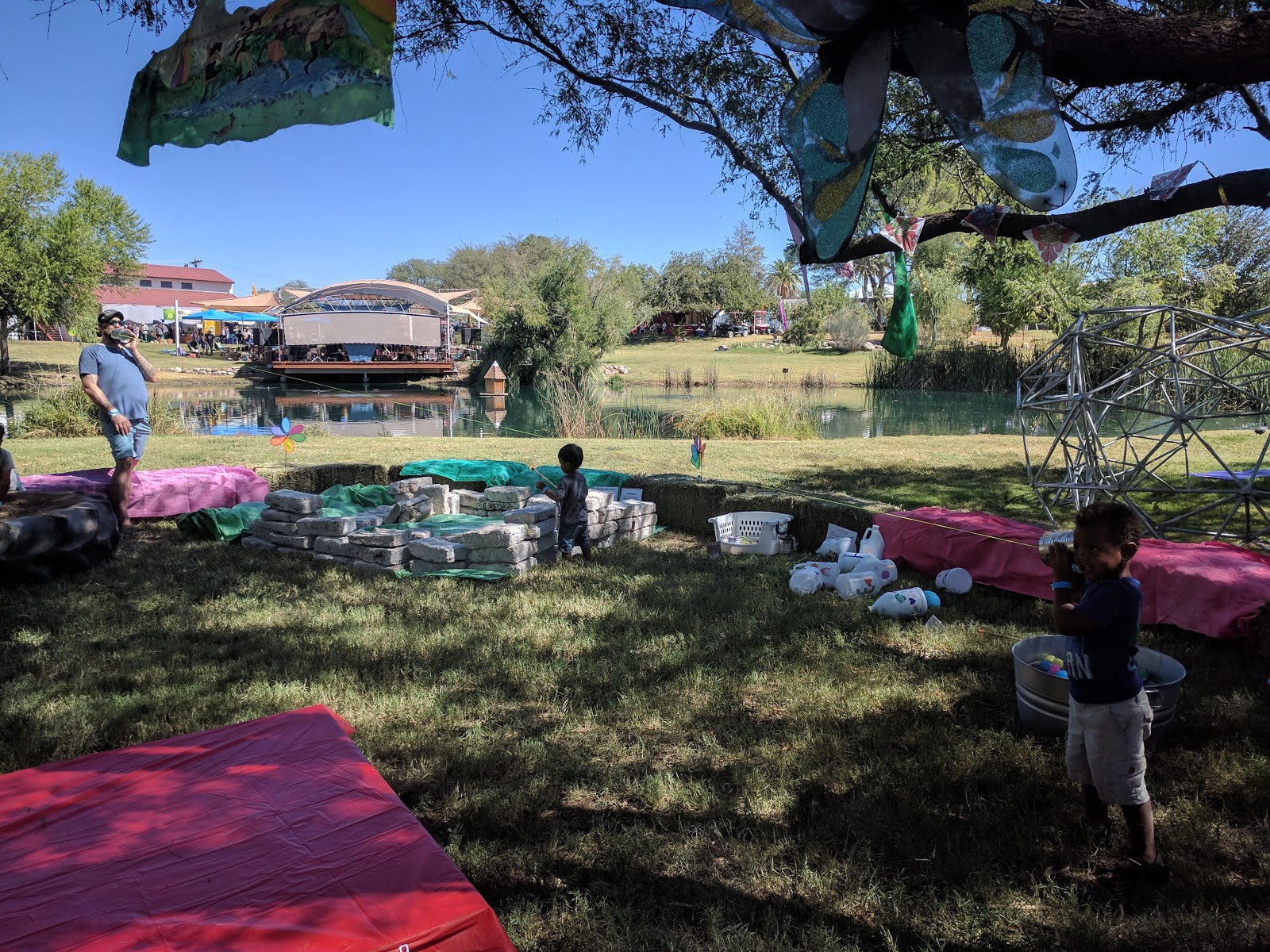 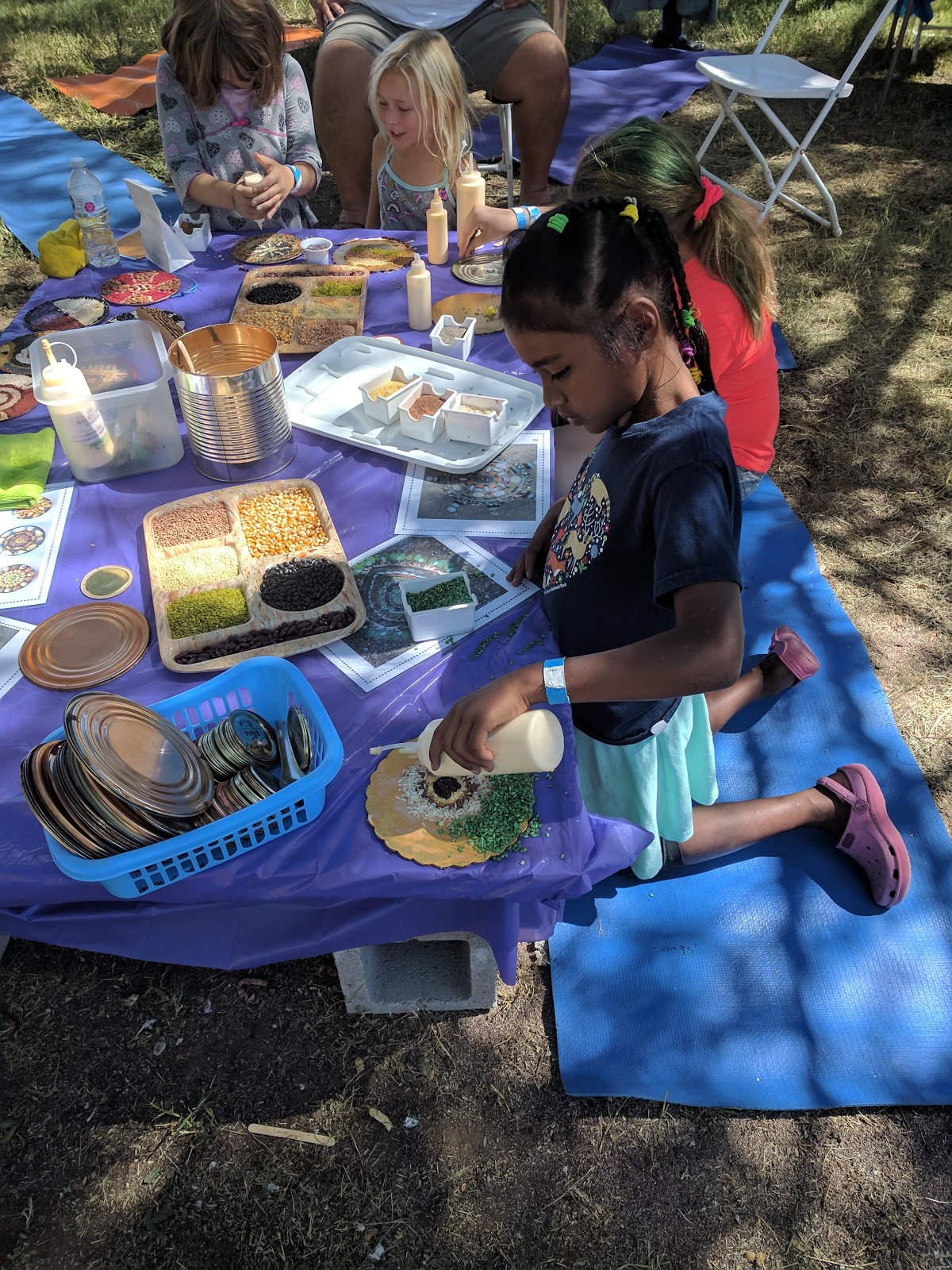 Water thought the tin can phones were great 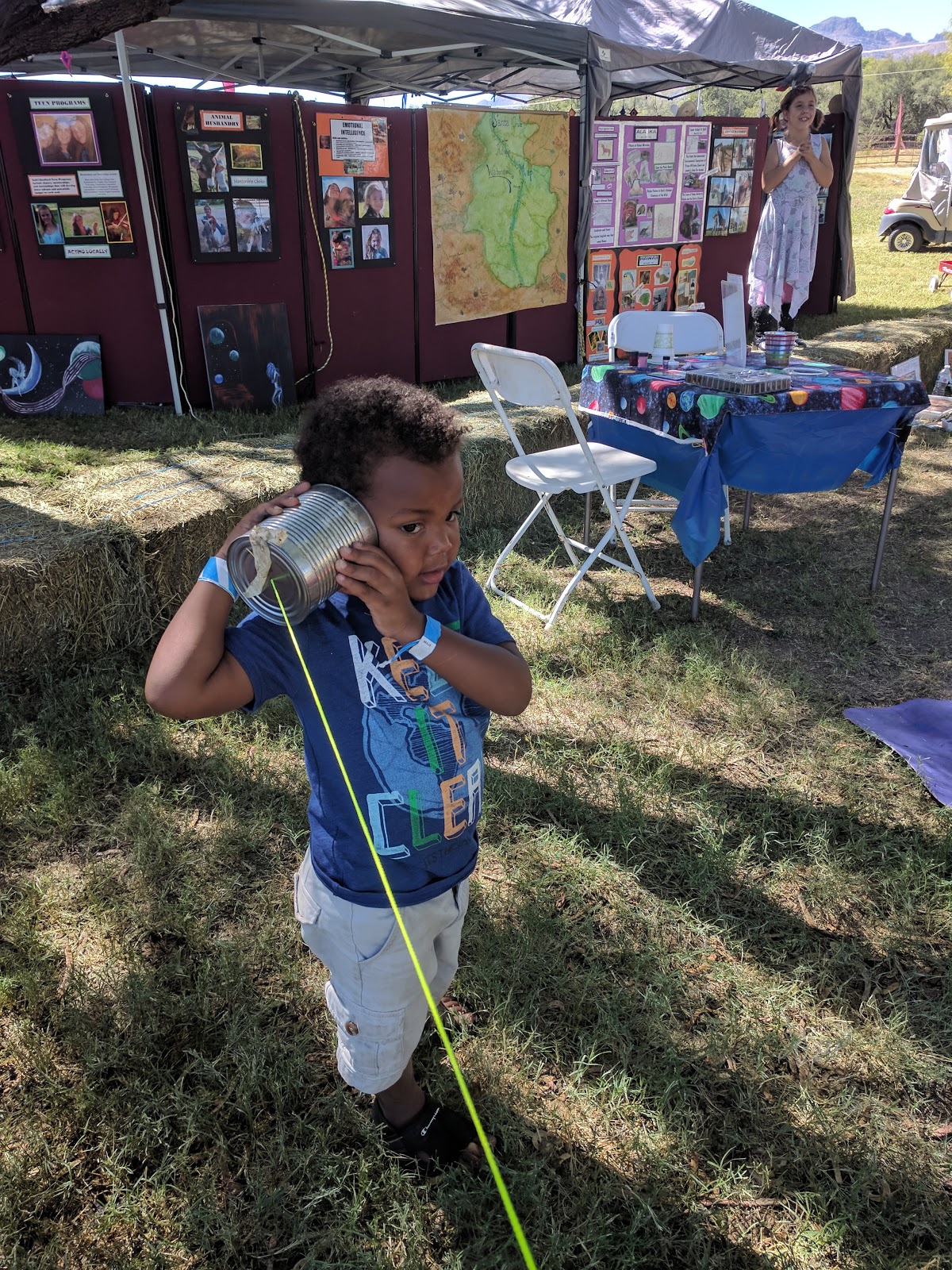 Each of the boys went on a pony ride 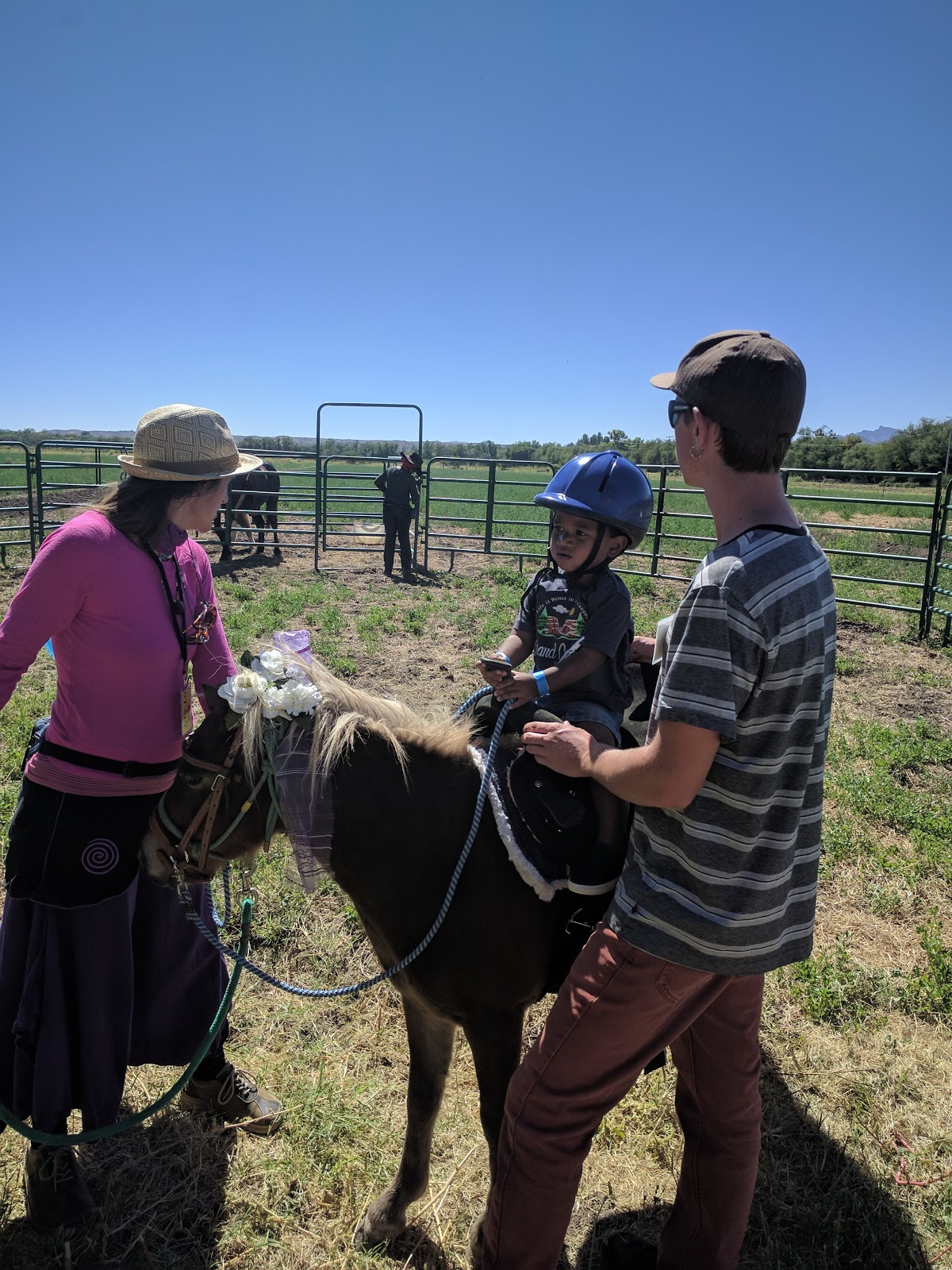 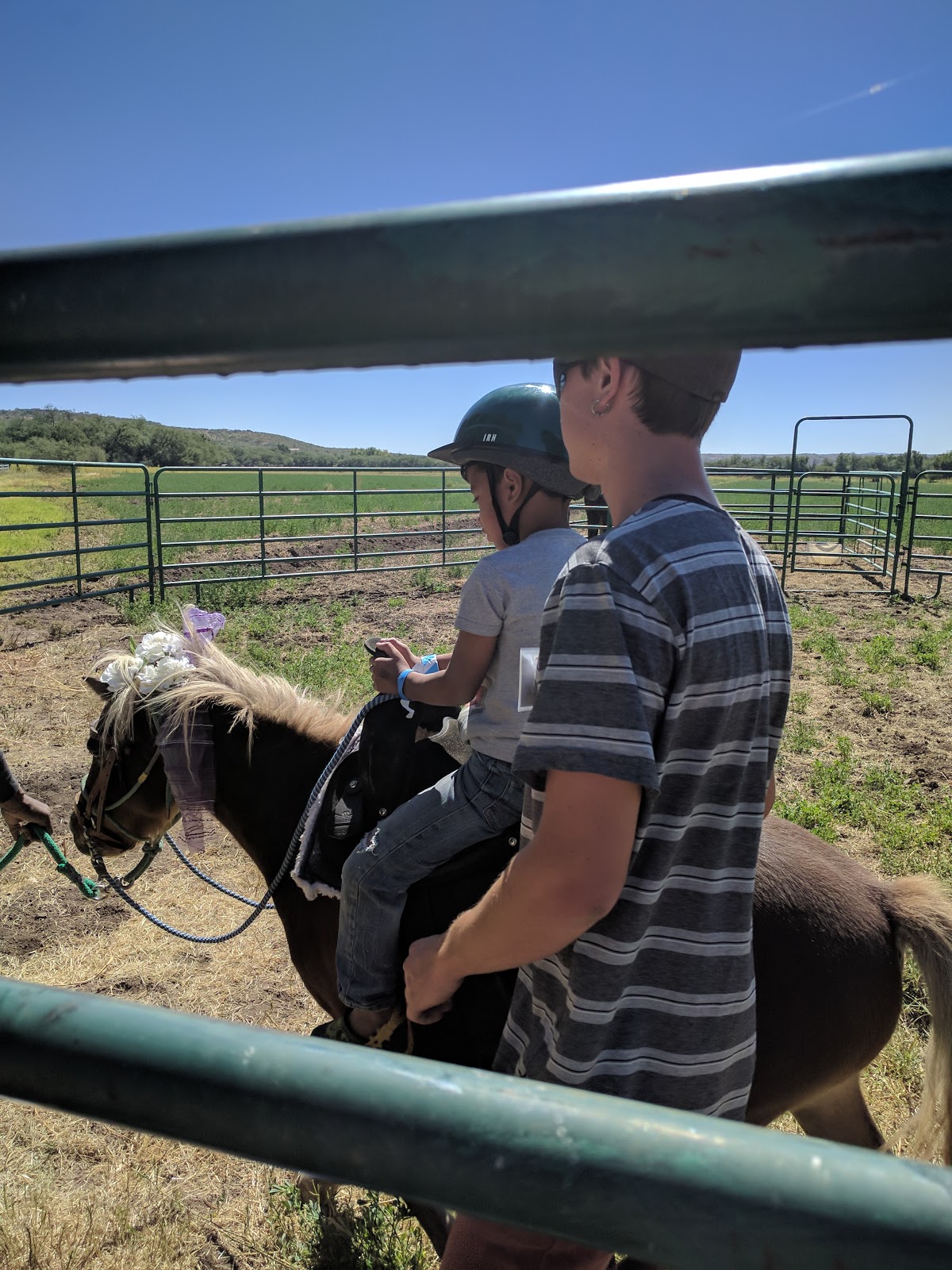 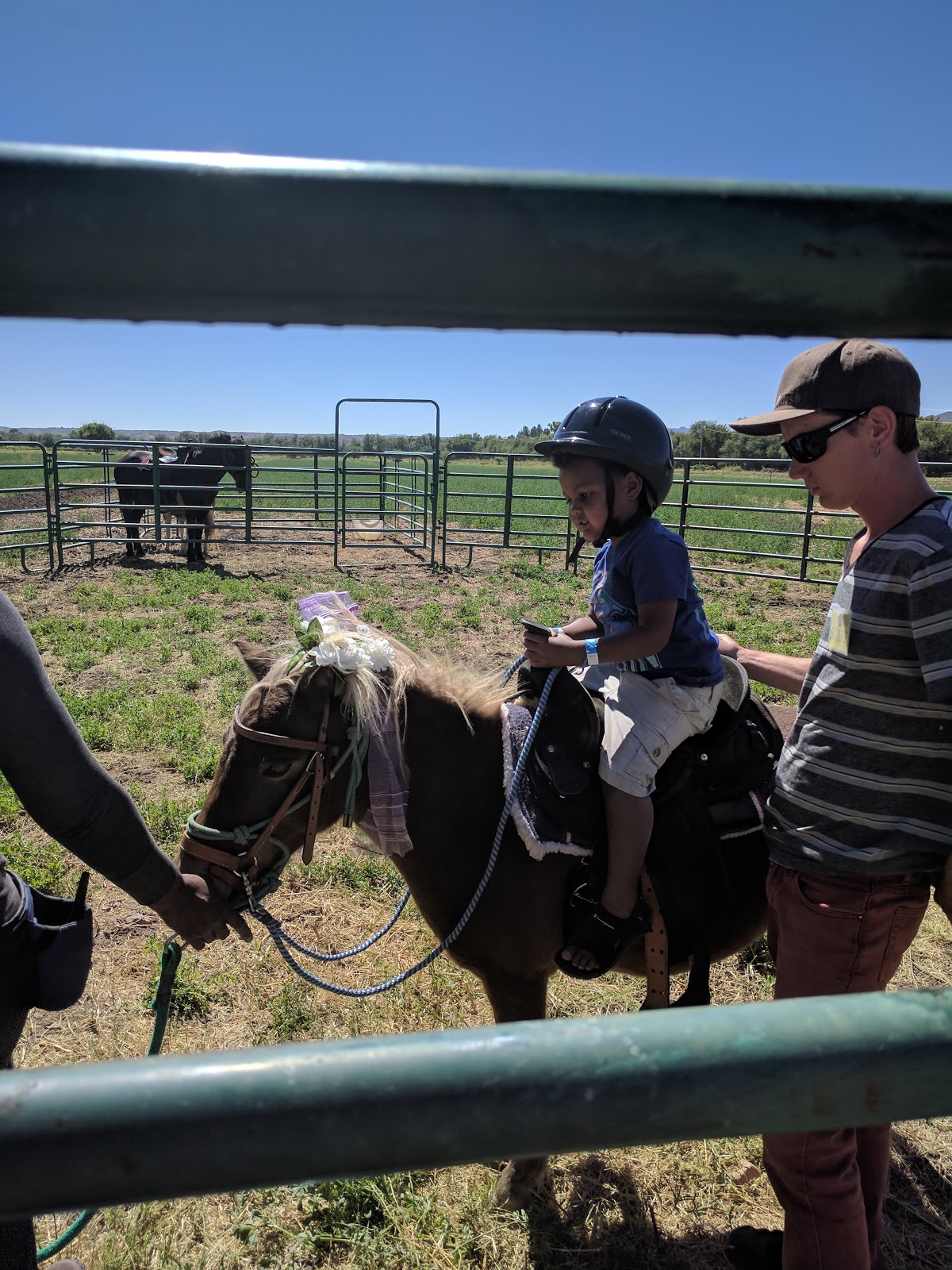 And then we took a break for lunch and an attempt at naps.  Of course, everyone was out of their usual schedule so it didn't work.  After some play time at the camp site, we left D to take a rest and I took the kids back to the festival.  They played on the climbing frame (sorry, no pictures since it was just me) and then we had gelato and lemonade for a treat. 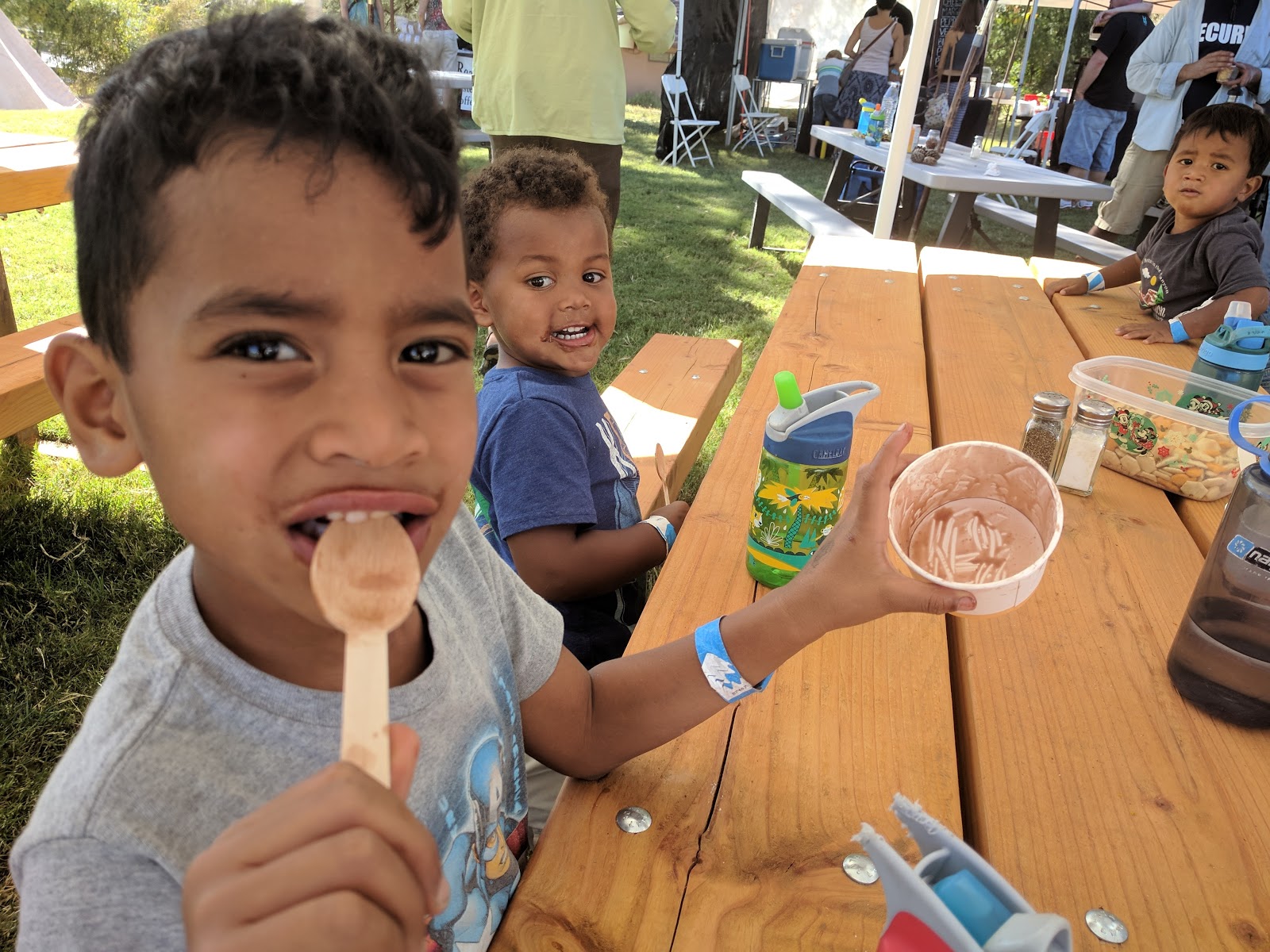 There was a band playing so we found seats in the shade by the lake and the kids chased the ducks and each other and everything was sweet and calm for a bit.
The rest of the day was full of dinner,  another trip to the fire pit, and bedtime. Things got crazy again so I didn't get any pictures.   The kids were up very early on Sunday morning so we decided to head home for a quiet recovery day rather than stay at the festival.

When I asked the kids if they had fun, they all said yes and they all said the children's village was what they liked the most.  D took a tour of the village and gardens and I think he really enjoyed that but I left feeling like I hadn't gotten anything out of it.  I had hoped to have a chance to talk to people about all the things that the festival was about: sustainability, ecological living, and resource stewardship, and I never had the chance.  I don't know if it's because there was never an opportunity (Earth was particularly busy for the entire weekend, besides my having to manage the rest of the kids and everything that goes into that) or if it was our family that was off-putting- there are a lot of us and there wasn't anyone else there like us- but I left the festival feeling like I'd missed the point.
If we go again next year, I think I'll try to find another family to camp with.  The kids are always easier to handle when they have built in friends and if there's another set of parents, we can trade of duties.

I'm off to tackle the mountains of laundry left after a weekend spent outdoors!
Labels: Family Tucson