Arizona schools, I have a little tiny bone to pick with you!  Technically two, but I won't get into the fact that there's no art in the elementary schools right now.  My main issue since we moved here is the early release on Wednesdays.  Every Wednesday, Sky is home an hour earlier than she's used to and it throws her off.  Now, don't be reasonable and say that she should be used to that after having done it for the last year and a half!  Nope, every week, we confront this schedule change and while Sky is handling it better, it still needs to be handled. (For the record, Fire does just fine with getting off early once a week).
All last year, Sky did CrossFit with Coach Wayne on Wednesdays and the physical workout as well as the regular schedule really helped her to feel in control and we had a lot fewer behavior challenges.  We took the summer off from CrossFit but both Sky and Fire started going when school started in August.  Unfortunately, neither of them were enjoying it very much and it was getting to be a bit of a fight to get both of them there every Wednesday.  Since Sky doesn't need the strength training for gymnastics anymore and since she's in an amazingly good place right now behavior-wise, I decided to try something different: Field Trip Days.  Every Wednesday when the kids get off the bus, we go someplace.  The privilege of choosing our destination rotates through Sky, Fire, and Water.  Sky chose the Children's Museum for our first trip and for his first Field Trip Day, Fire chose to go to the Tucson Botanical Gardens 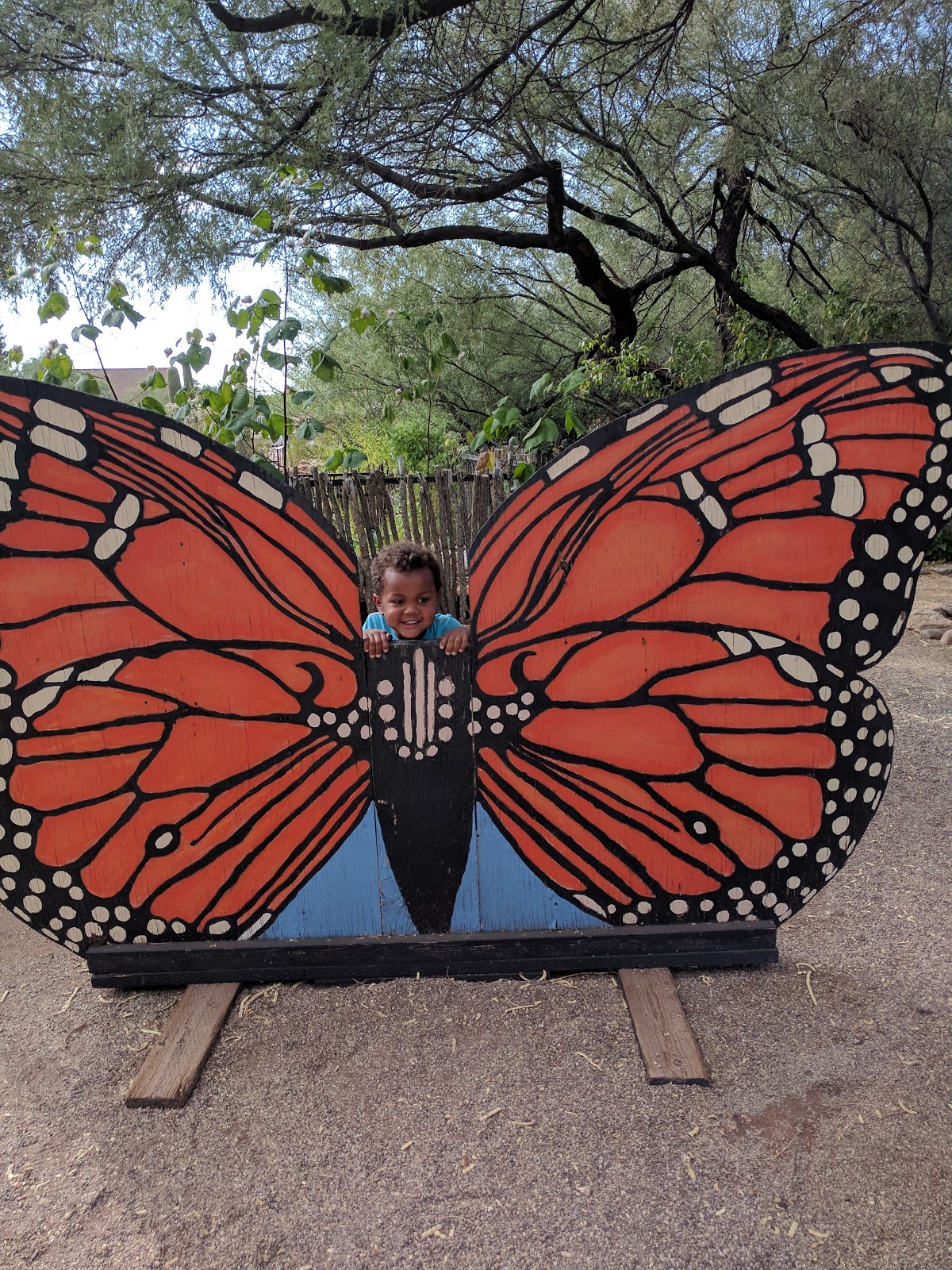 The butterfly garden had just opened after being closed due to heat for the summer and I had hoped the kids would love seeing them up close.  Sky, Fire, and especially Earth did actually love seeing the butterflies and frogs they had in the greenhouse but Water was terrified.  He was almost petrified of all the butterflies flying around and I had to carry him the entire time we were in there.  That made it a bit challenging since Earth wanted to explore everything and Sky and Fire were full of questions.  But we had fun taking pictures at the sign for the butterfly garden at least! 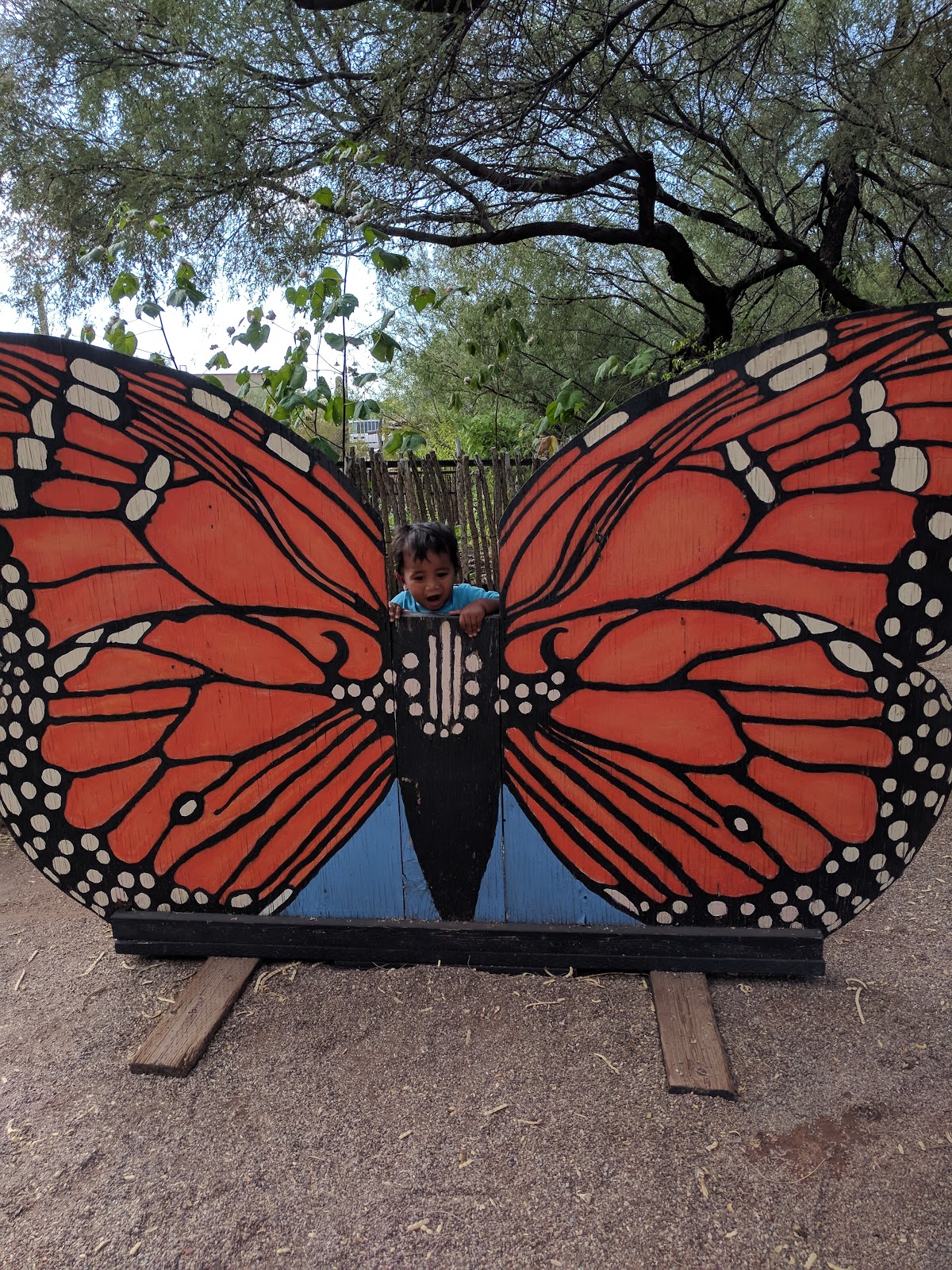 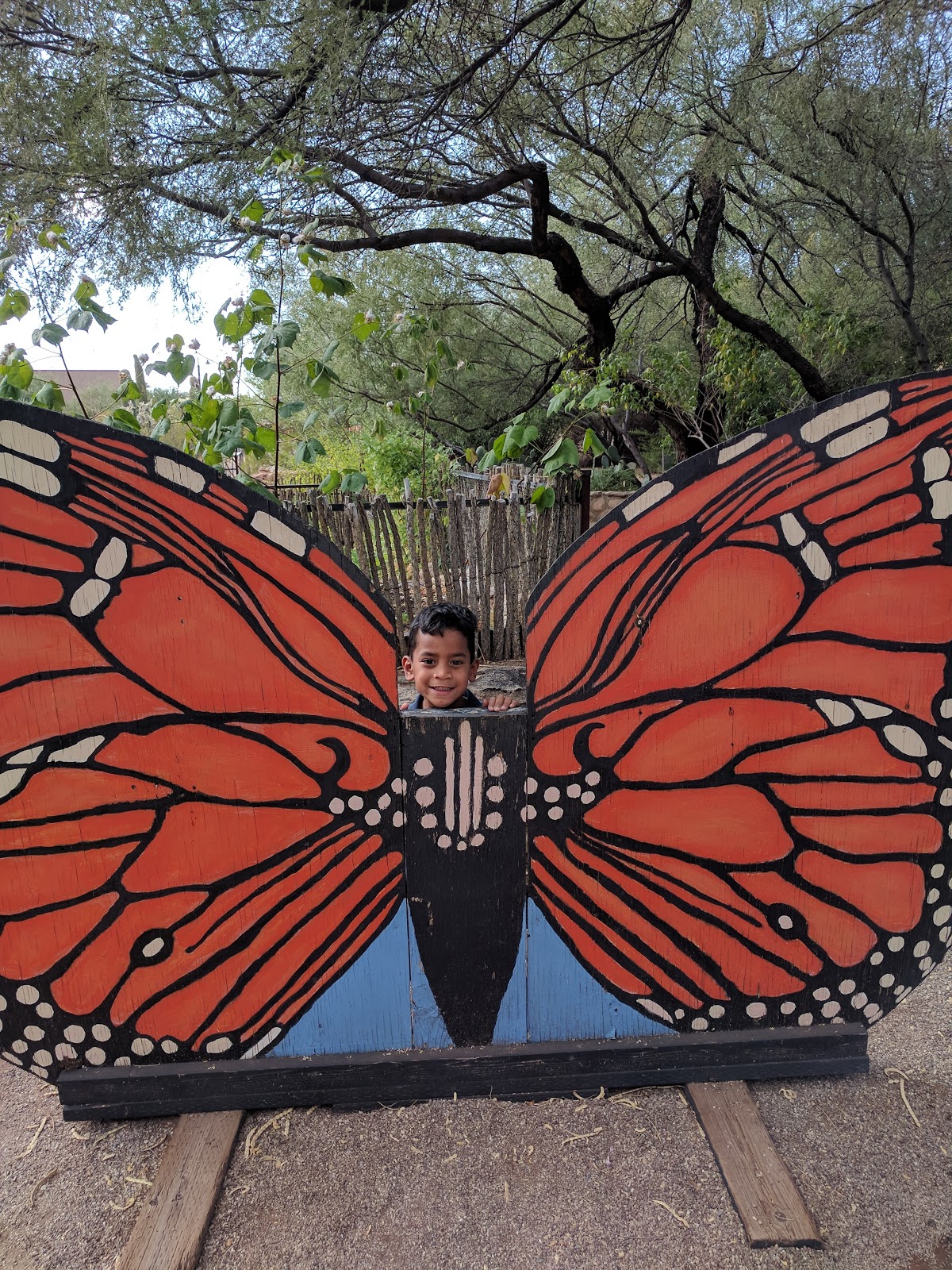 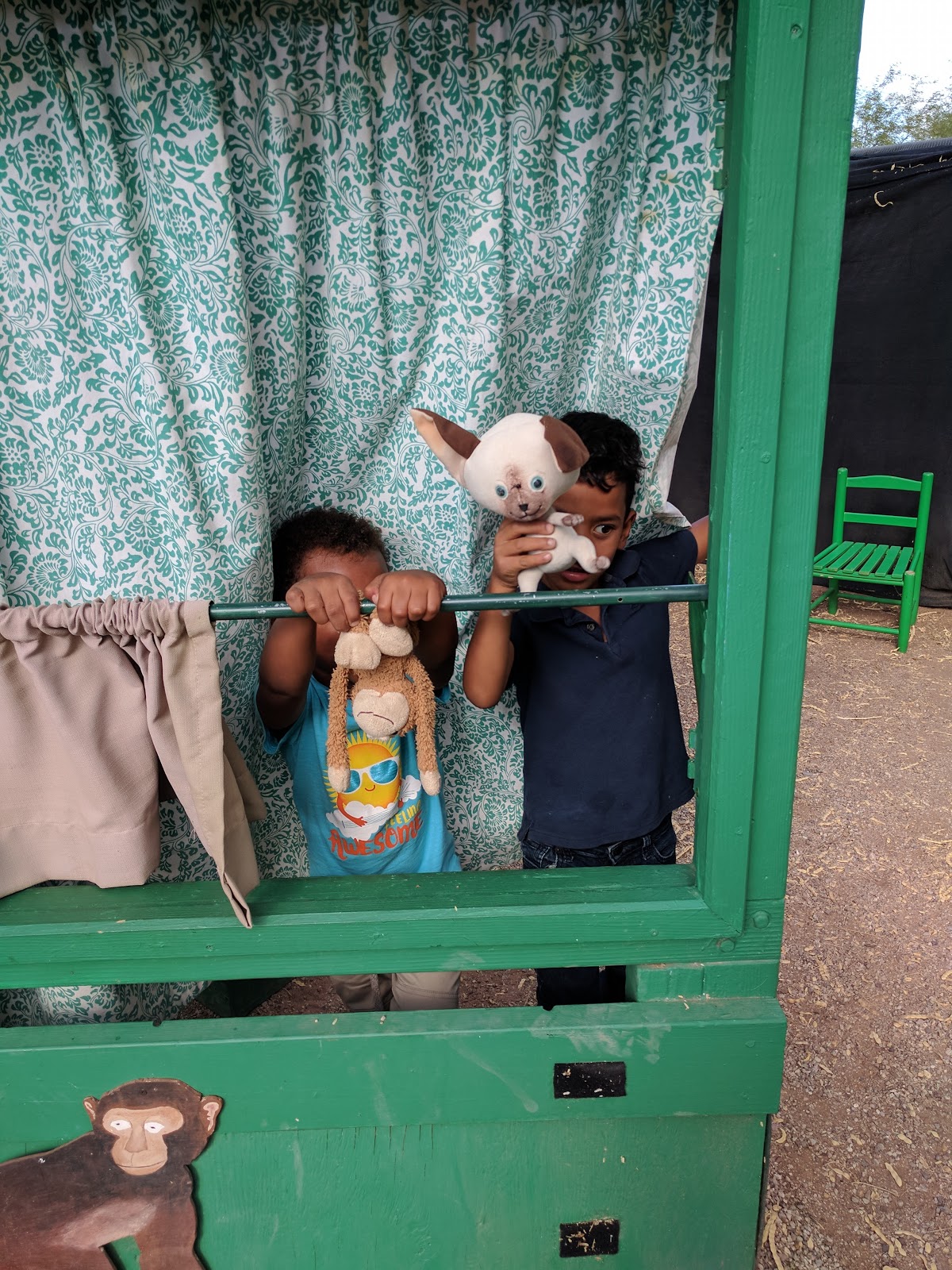 They also climbed everything they could find... 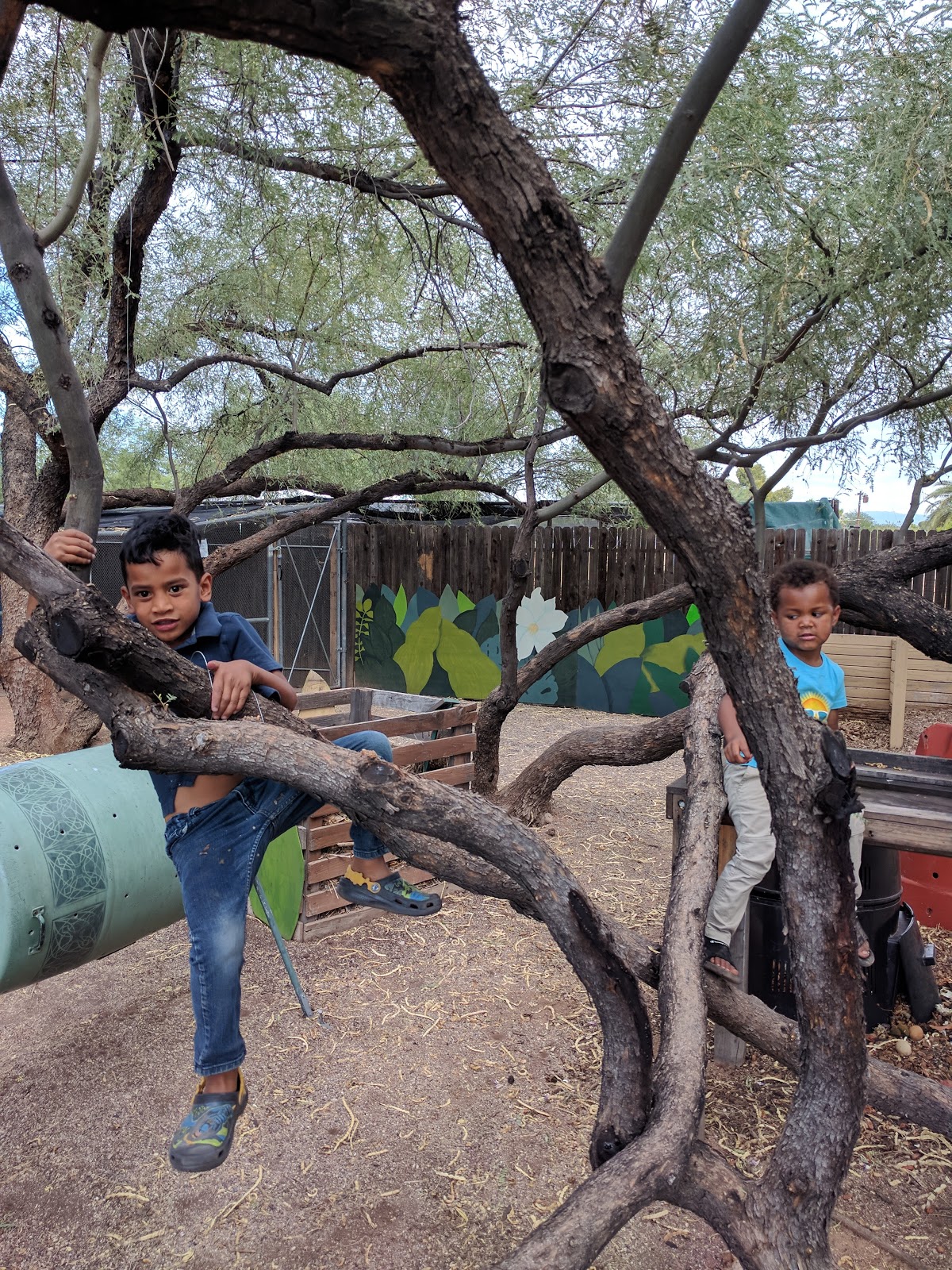 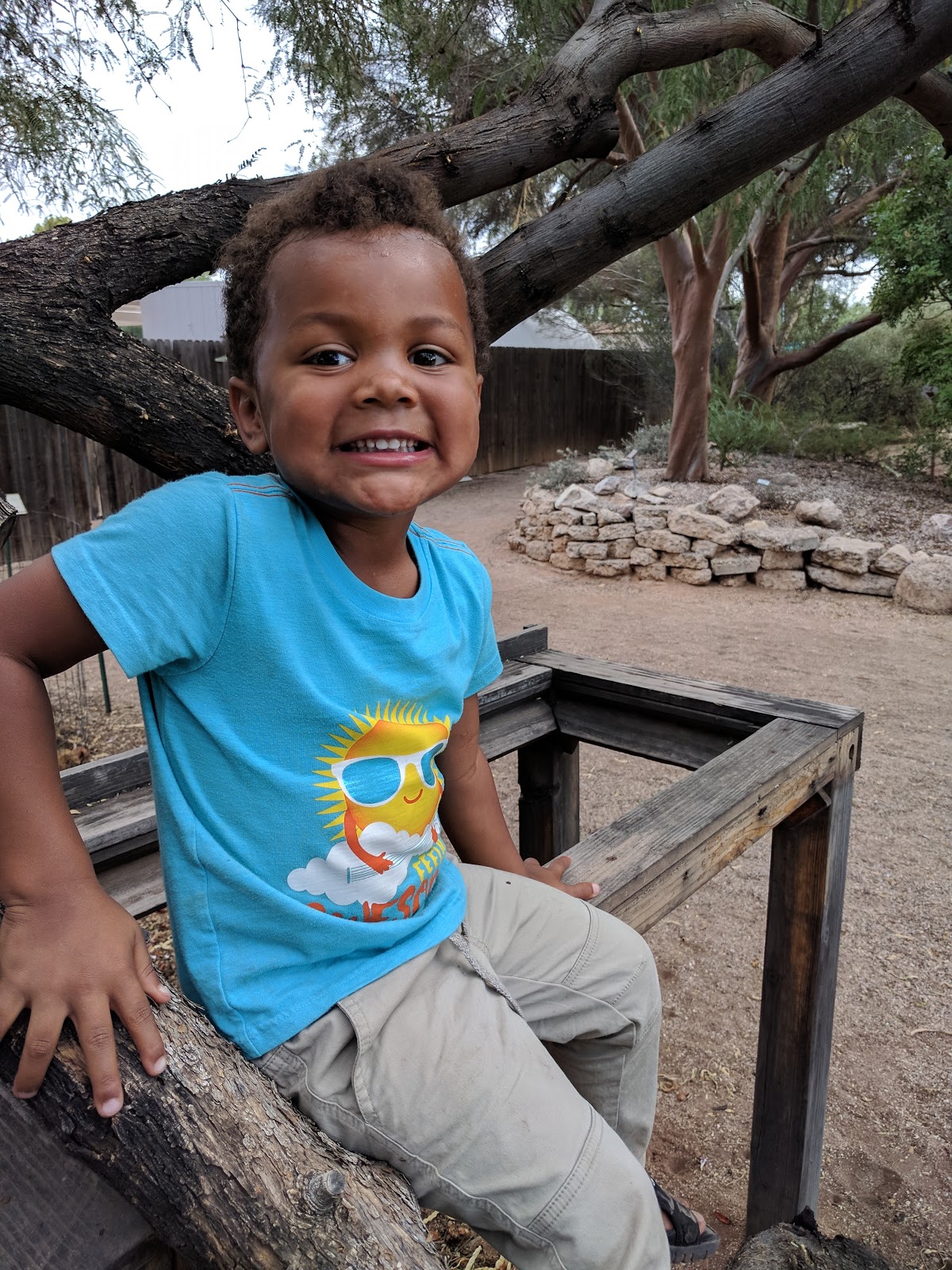 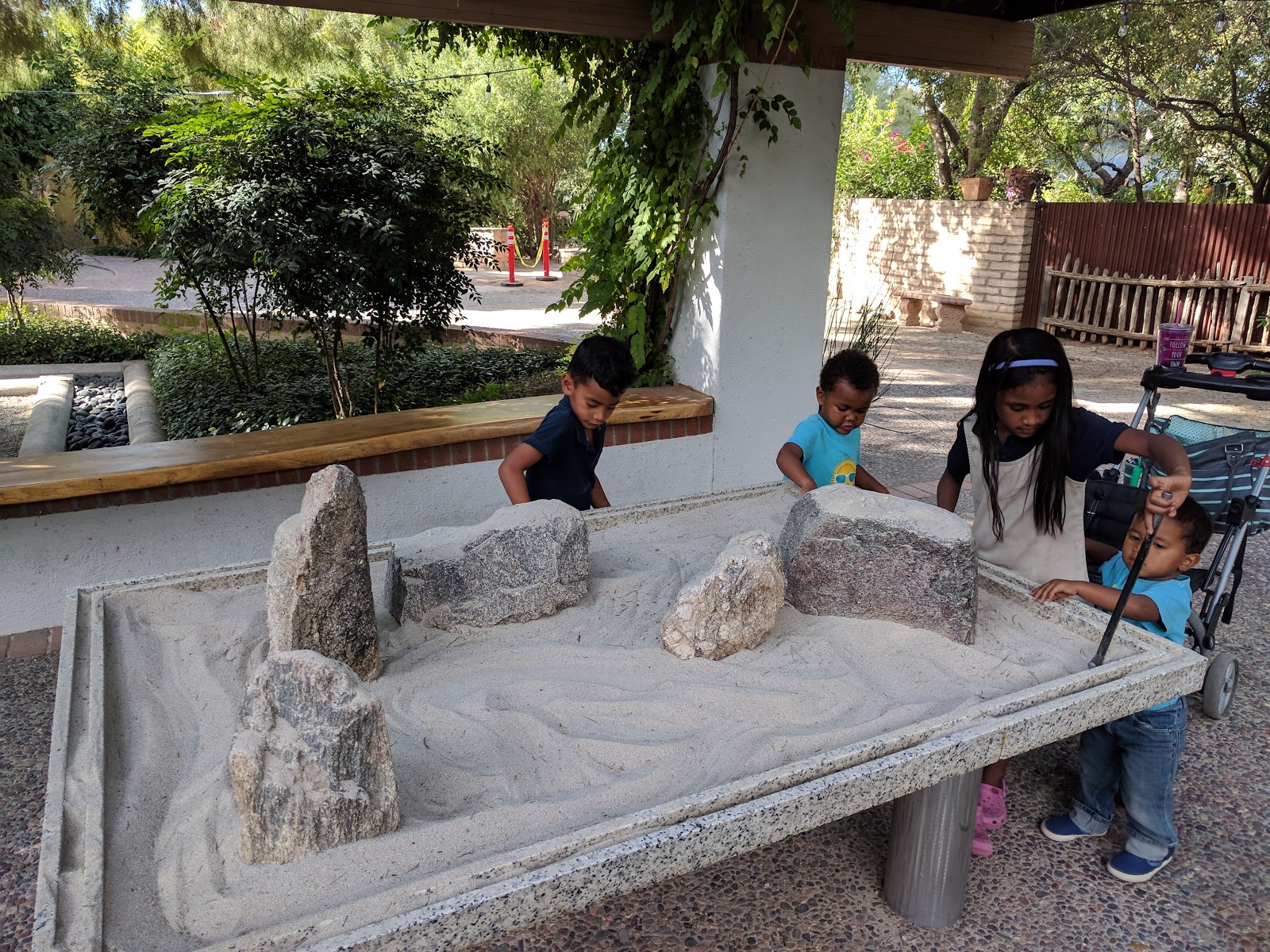 They made paths and designs in the Zen garden 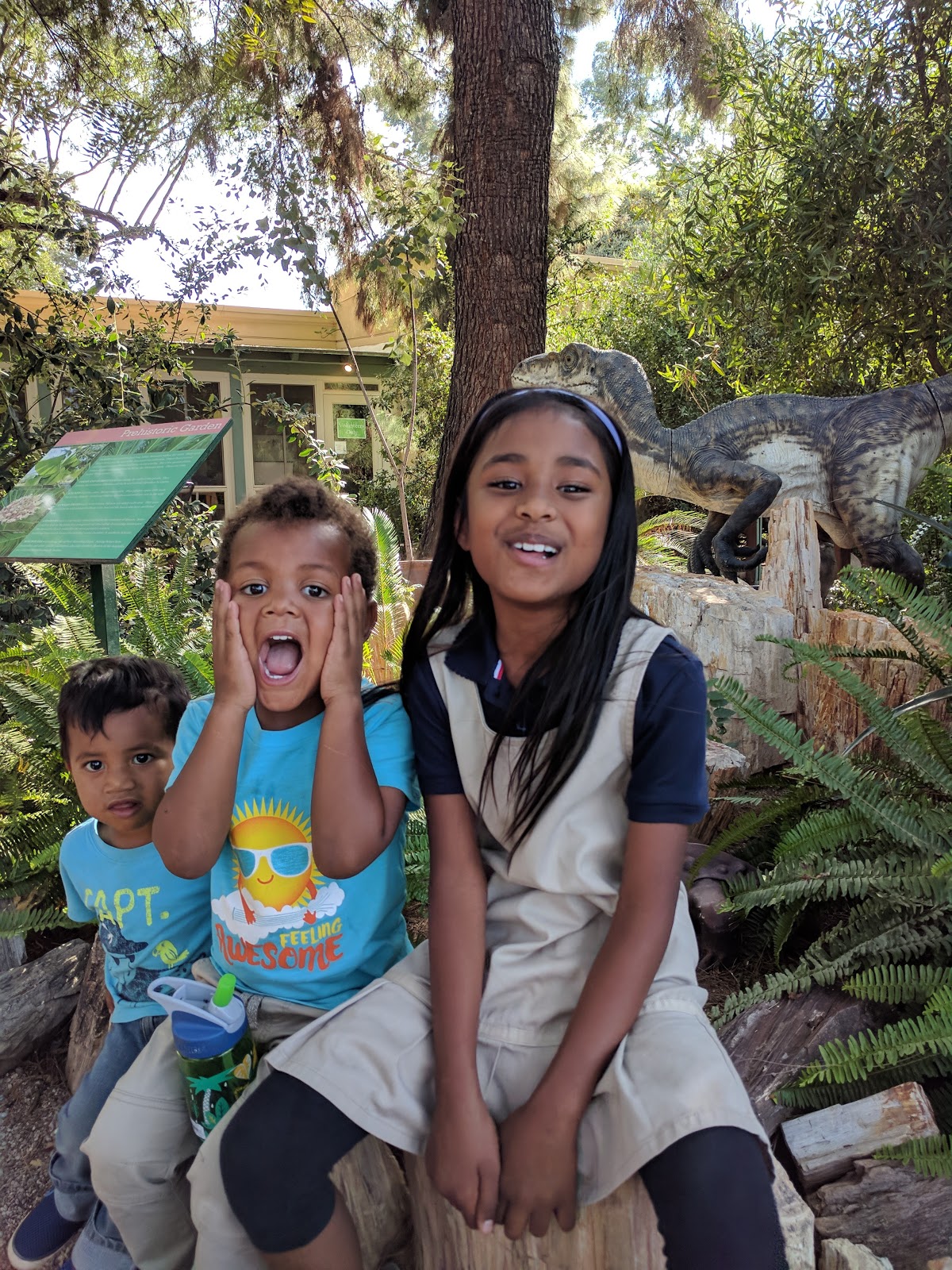 and were totally unphased by the dinosaurs roaming the gardens.

So far, field trip days are a success!  We still have a regular schedule and since the destination for the field trip has to be chosen at least the day before, we have time to talk through things so there are fewer surprises.  An unexpected benefit of the field trip days is the control that it gives the kids over their lives.  At least once a month, each of the oldest three get to be in charge and they seem to enjoy the trips more because of that.

I sincerely hope we can keep doing field trip days as the school year goes on and that this becomes something the kids remember when they're older- that Mom tried to make Wednesdays fun and that we were always out seeing our city.