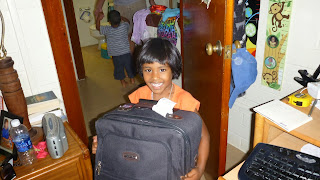 We went to Roi for our New Years "weekend".  Sky was very excited to see Mr Gene and Ms Sandra and we were looking forward showing D's folks around one of our favorite places. 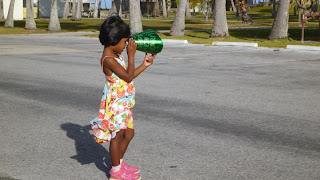 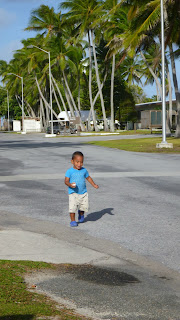 Early on, Fire found a golf ball and it became his favorite toy for the weekend.  He would be happy throwing it and chasing it for hours. 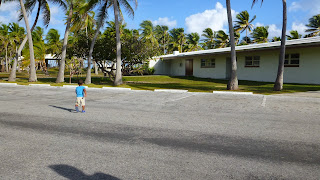 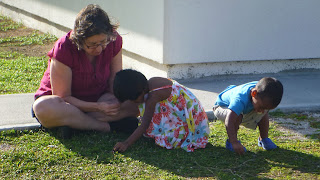 Hurray for Grandmas!  C has the most wonderful patience with the kids and Sky just thrives under her attention. 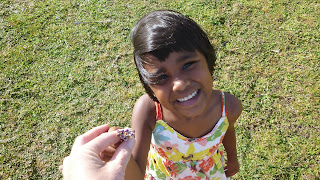 Thank you for the flowers! 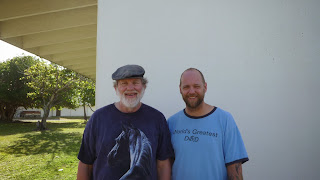 D looks so much like his dad, especially now that he has a beard 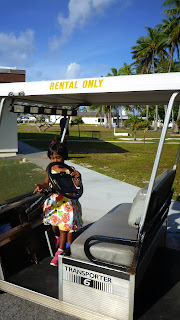 Sky wanted to drive (and I let here, but not in town) 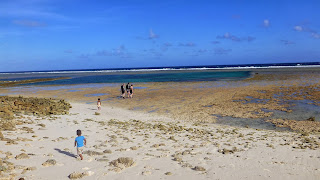 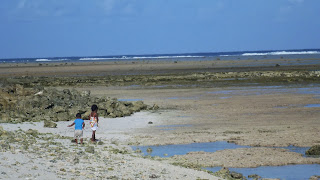 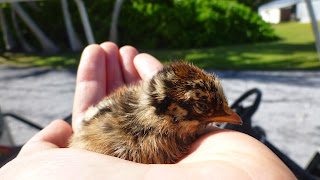 The radar chickens had chicks!  We went to feed the chickens a few times while we were there and the second time we spotted a hen with chicks.  I was able to pick up one of the chicks for the kids to pet (well, for Sky to pet.  Fire kept trying to pull it's head off) 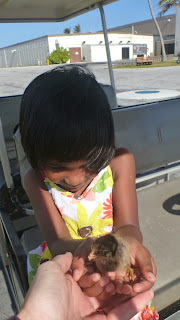 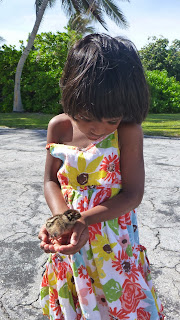 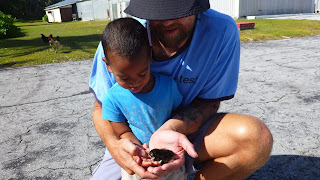 Notice how D is hold Fire's hand to keep him from grabbing the poor thing's head.  We found this second chick on it's own on the road.  At the time I hoped it was just warming up on the pavement but I when I saw it again later, I'm pretty sure it was dead, poor thing.  I hope we didn't contribute to that. 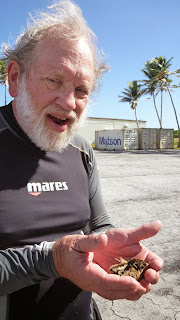 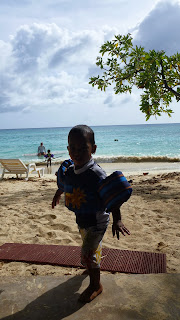 fire got his own floatie from Uncle J and Aunt L for Christmas and he wants to wear it all the time, even when he's not swimming. 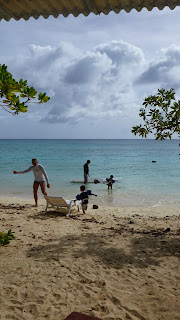 There was swimming, paddle boarding, some more snorkeling, all that fun Roi beach stuff 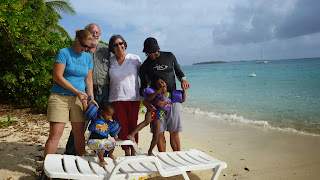 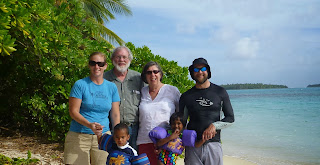 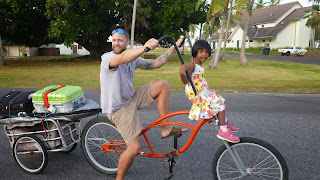 This is how we roll: there are two (large) kites, two suitcases, and a kite board in the trailer and a Sky on the handlebars- who needs a minivan!?
(Did anyone notice that we're all wearing the same clothes in these pictures?  I kept forgetting my camera in the room so I took them all on our last day up there)﻿
Labels: Family Roi
Location: Roi-Namur, Kwajalein Atoll, RMI