We took the kids to the Singapore Science Center and Snow City yesterday morning and this is the one picture we have: 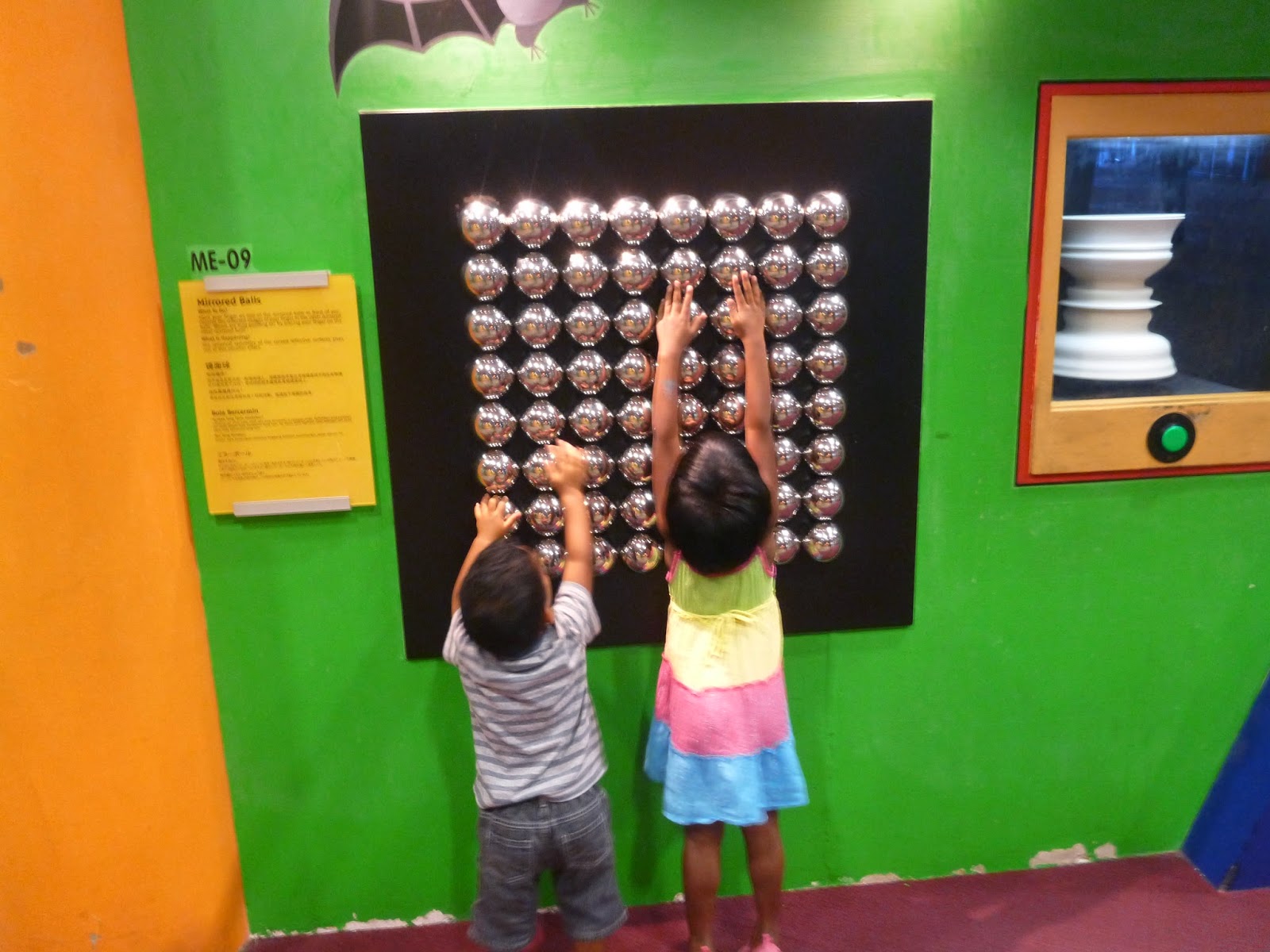 Shortly after this was taken we entered the sound room which was so full of things to do and so loud that the kids were overwhelmed by everything and bounced between exhibits like tiny pin balls.  D and I were having trouble focusing ourselves and had to split up so that we were each following one kid.  That worked until we went to the math room, where D found his happy place, and then to the atrium where they had a giant Tesla coil set up, where I lost him completely.  The kids enjoyed the museum mostly because there were lots of buttons to push and it was bright and loud, not because they enjoyed it or learned anything.  It was a Science Center, not a children's science center- we found out as we were leaving that there is a wing for small children opening this summer. Oh well, two out of four ain't bad, right?
We had a quick lunch there and then headed over to Snow City, which was kind of like an ice skating rink but filled with snow instead of ice.   T fell asleep shortly after lunch (all circuits overloaded, must reboot!) so I stayed with him in the lobby and D took Sky in to play.  She loved real snow the last time she played in in it but I'm guessing she was overwhelmed again because they weren't even in there for a half hour.  When I asked D what they did in there, he said "Played with dirty snow?".  I think we'll save our money next time and wait for winter.
We like being able to show the kids so many wonderful things but days like this, and trips like this, are making it more and more clear to us that it might be time to head back to the world.  I love Kwaj and our life there and I really love how much freedom the kids have but it has a bit of cost as well:  they either aren't afraid when they should be (of traffic, crowds,  and getting separated from us) or they are afraid when they shouldn't be (of splash parks, big noisy rooms, and friendly waiters).  They're terrible at sitting still because we never do that at home and that keeps them from enjoying some things that happen while you're not in motion.  We're not going anywhere any time soon but I'm not as sure as I was that Kwaj is where we'll be in five years, let alone twenty.
Labels: Family Singapore
Location: Singapore