Fire still had a terrible fever this morning and was lethargic and fussy so D and thought it was probably time to take him to the doctor.  He'd been rubbing his ears a bit on the plane so we were worried he might have an ear infection.  The Singapore General Hospital is right up the street from our condo so we walked over there first thing this morning.  There were a few stumbling blocks, mainly because the hospital usually doesn't treat children and because we were unfamiliar with the system but overall, it was a great experience (as hospitals go).
Of course, his fever was on the wane and he was starting to get back to his normal self when we got there but no one questioned our decision to bring him in.  We saw a doctor within a half hour and were headed out the door with the antibiotics they prescribed within an hour, all for SGD 108 (85.28 in US dollars).  Amazing. 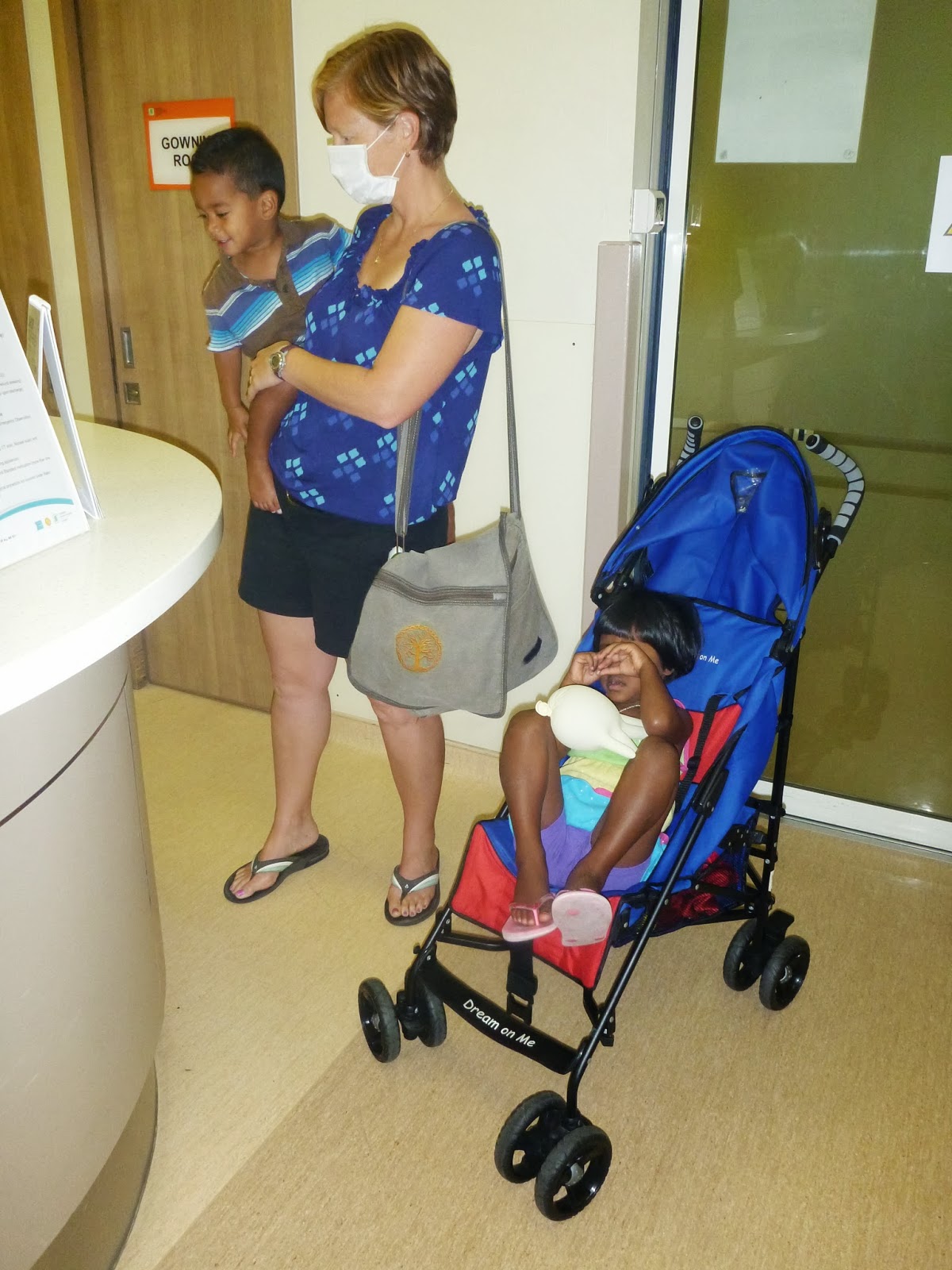 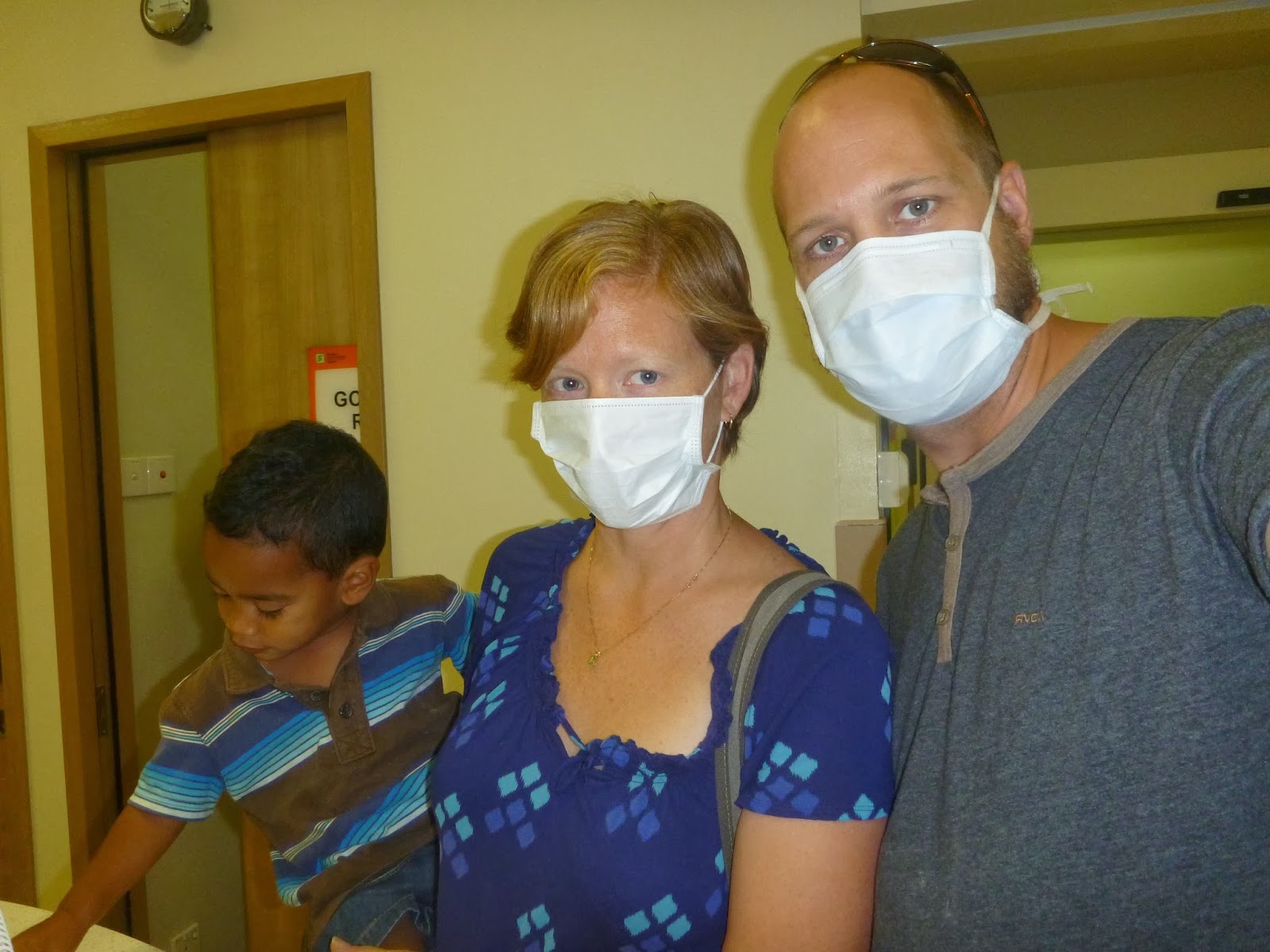 We're on vacation so of course we're going to take pictures of ourselves in the hospital! 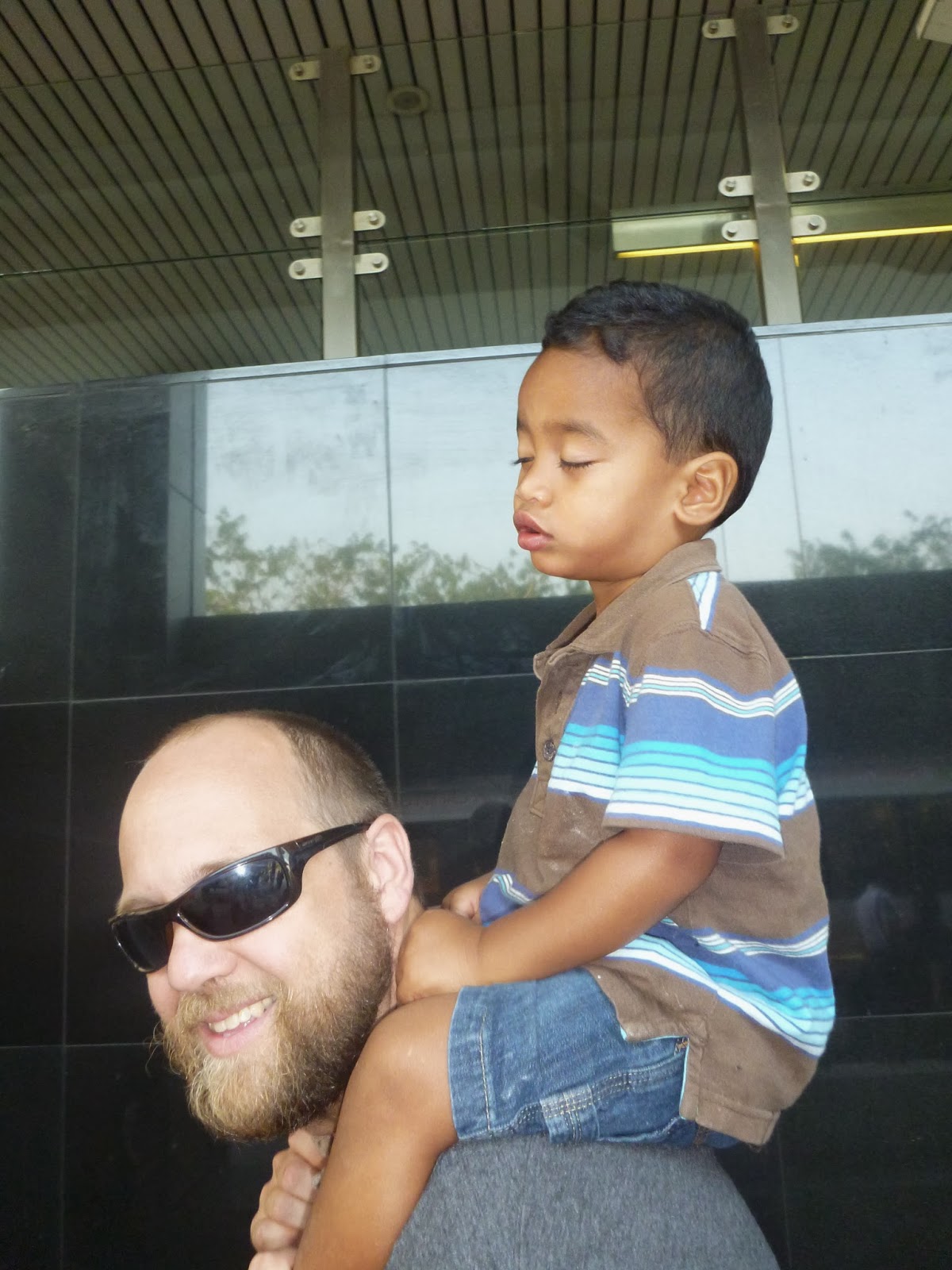 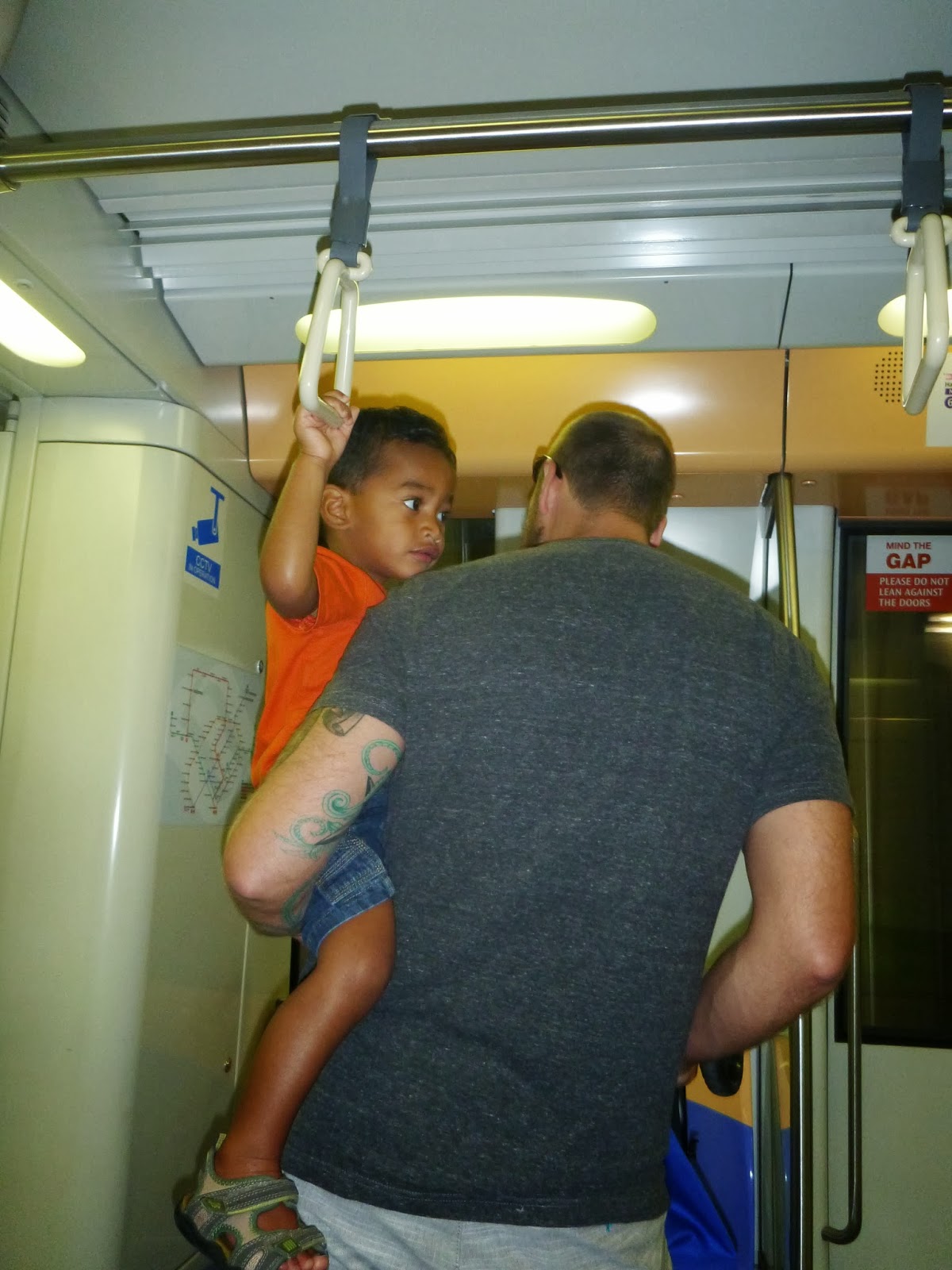 After a quick costume change, we caught the subway out to the zoo 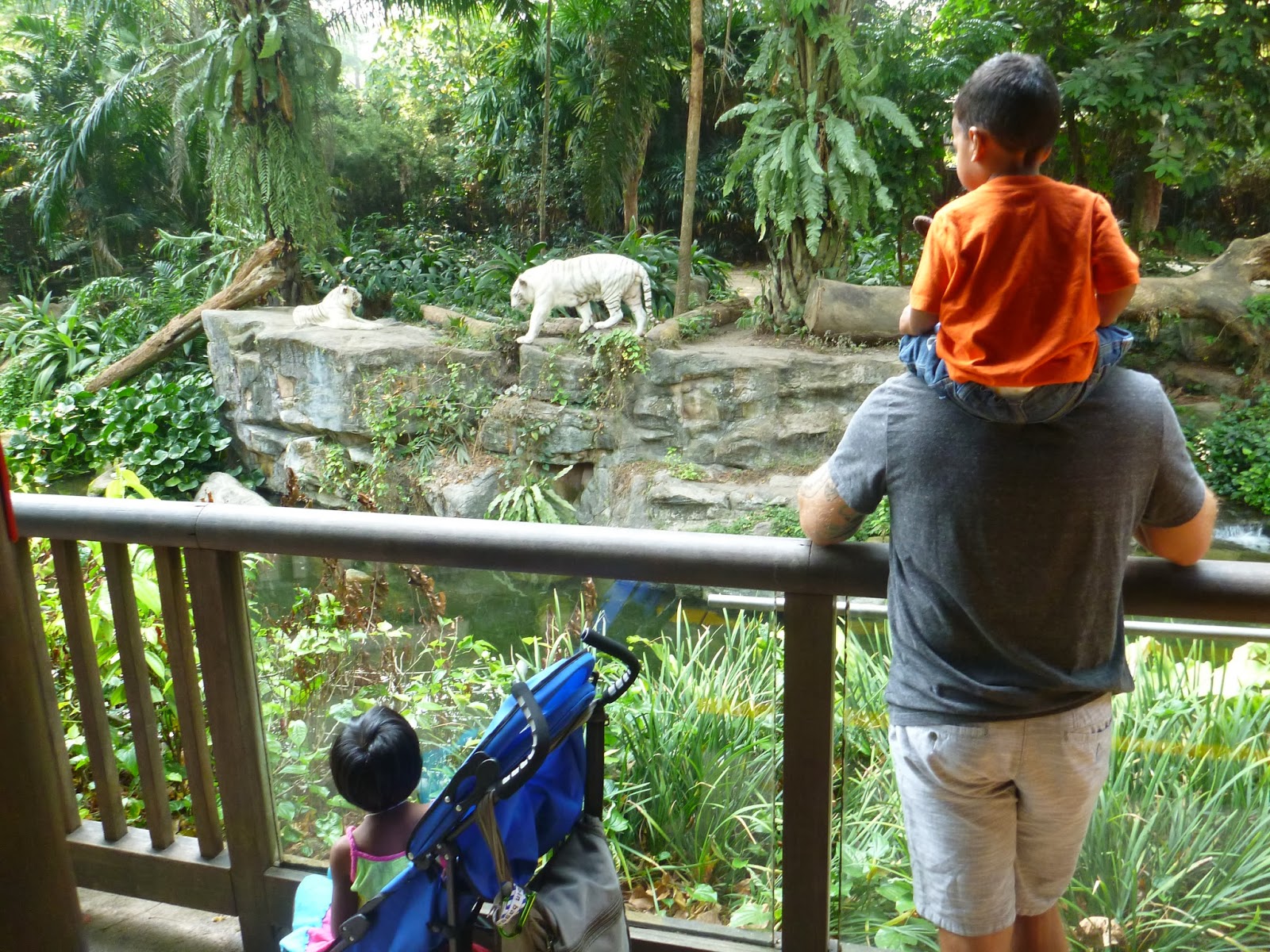 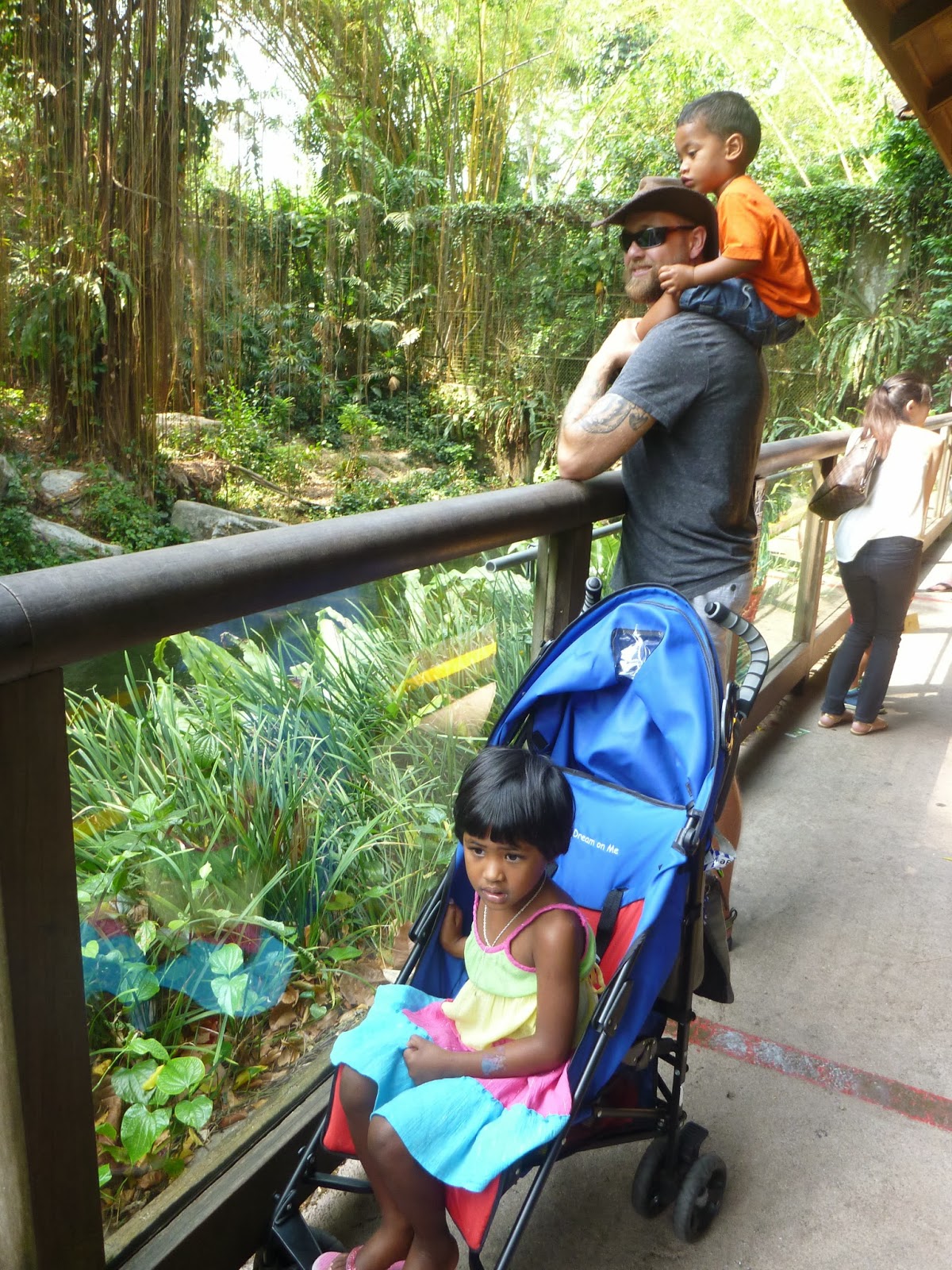 In the picture above, Sky is telling me that she wants to see more animals.  The girl wanted to keep moving and see everything that they had 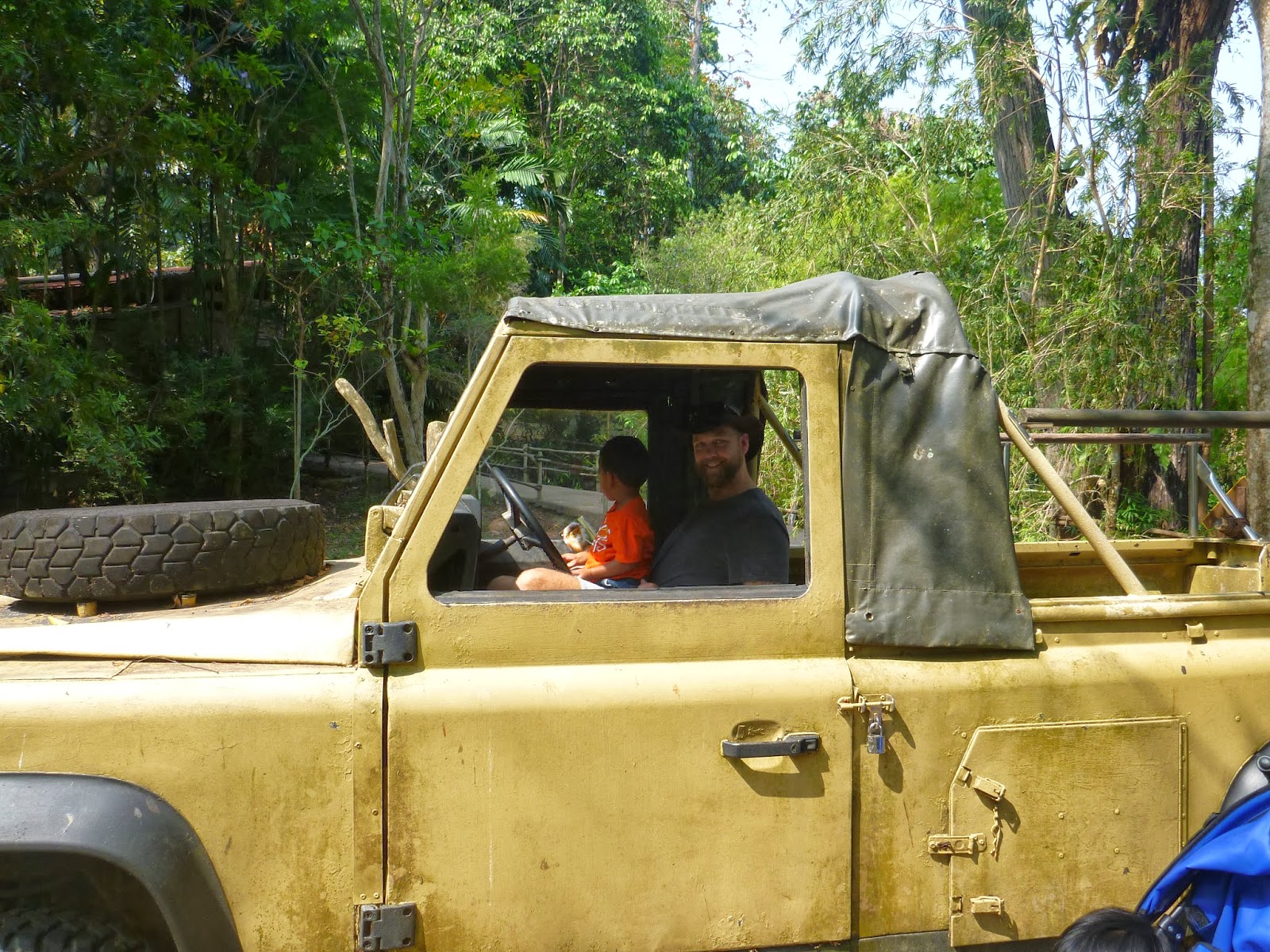 But we stopped to play in trucks

and to feed the kangaroos 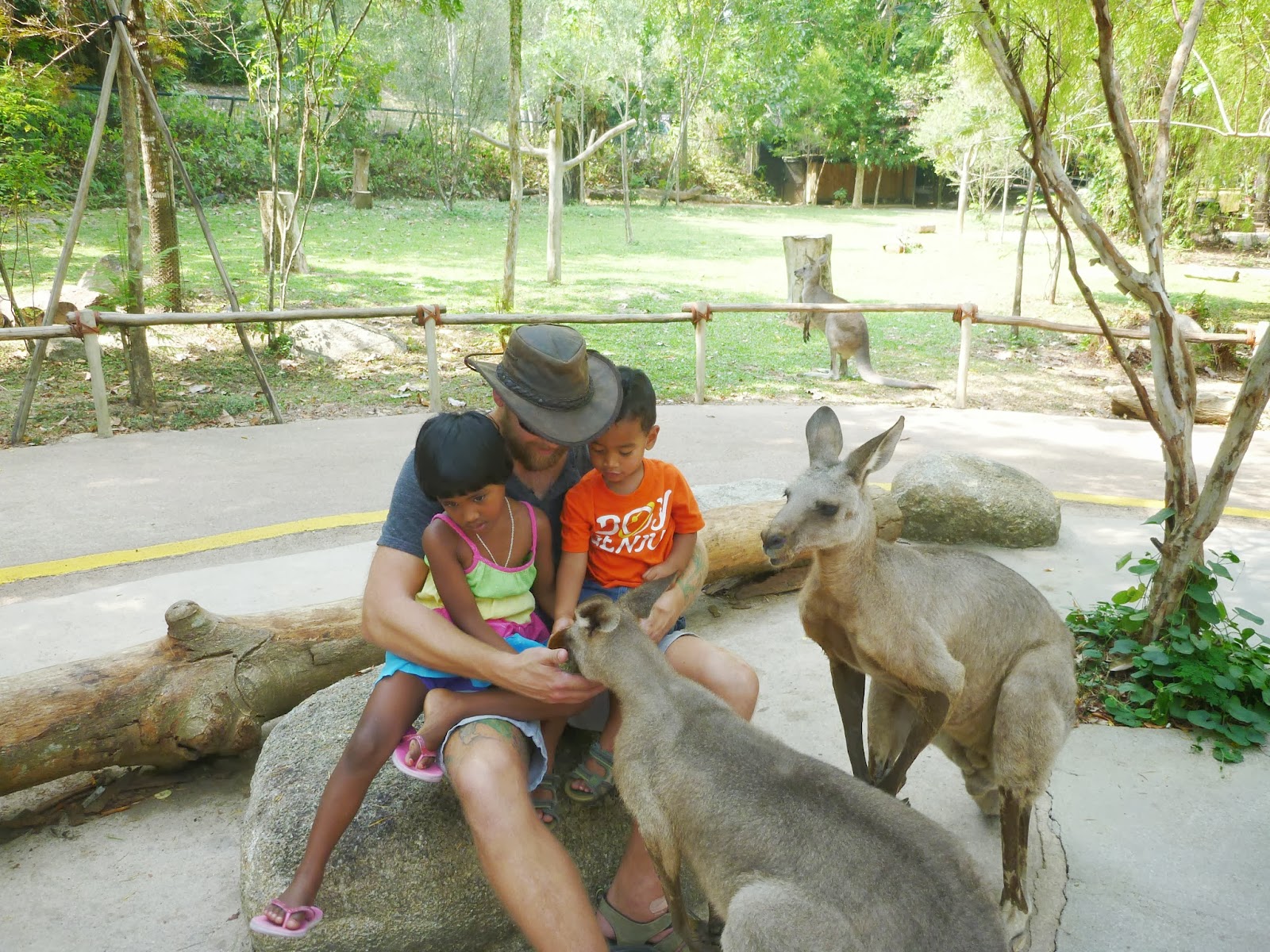 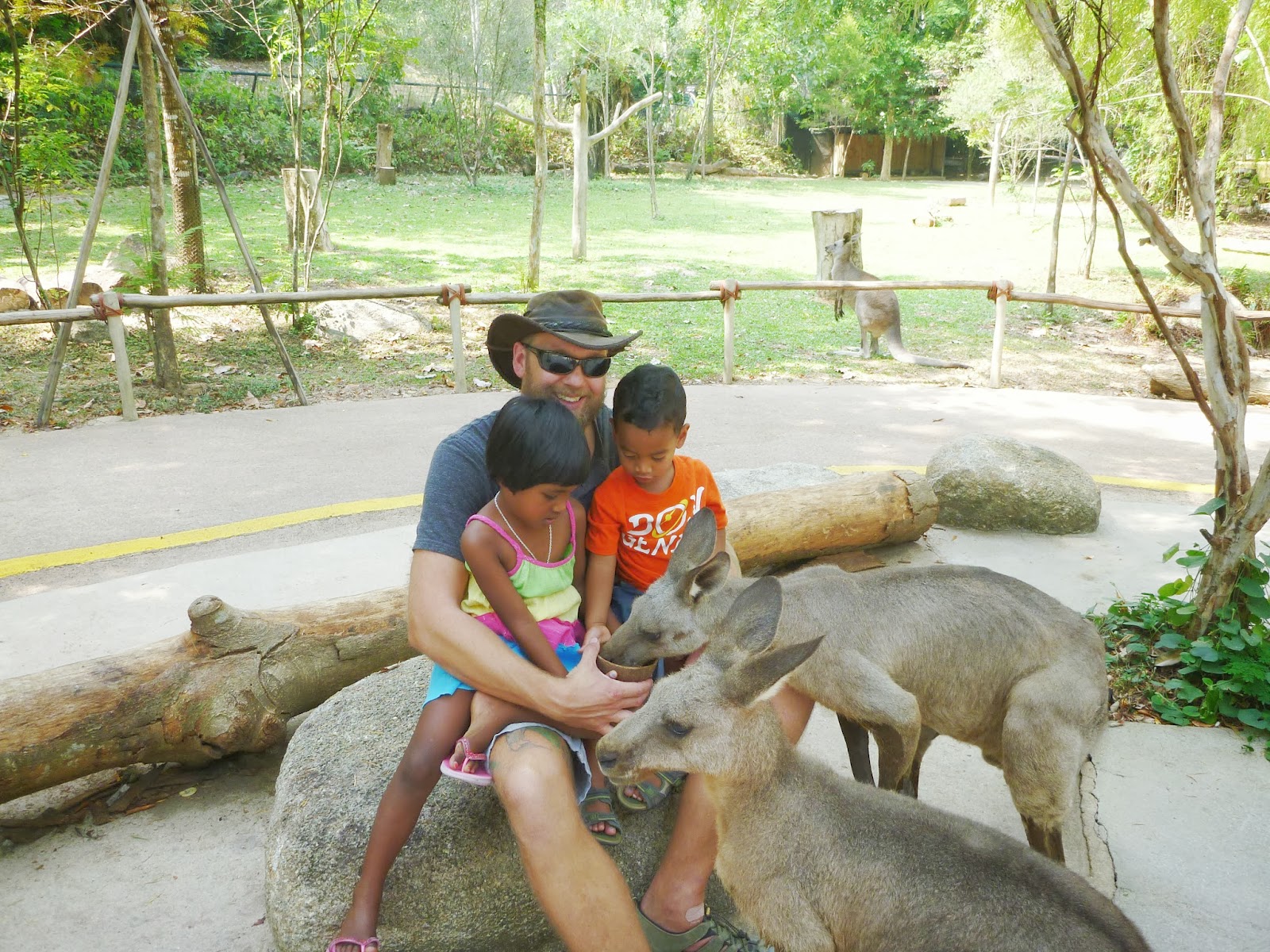 The battery on the camera died right after they fed the kangaroos so I don't have any pictures of the rest of our time at the zoo which included lunch at KFC, Ben and Jerry's ice cream, and the kids running around the splash park for almost an hour.  I really wish we gotten pictures of them playing in the water because they had such a good time.  I had to buy swimsuits for them there at the zoo but it felt so good to say yes to something that they wanted so badly.