Bright Lights, Big City; Getting There 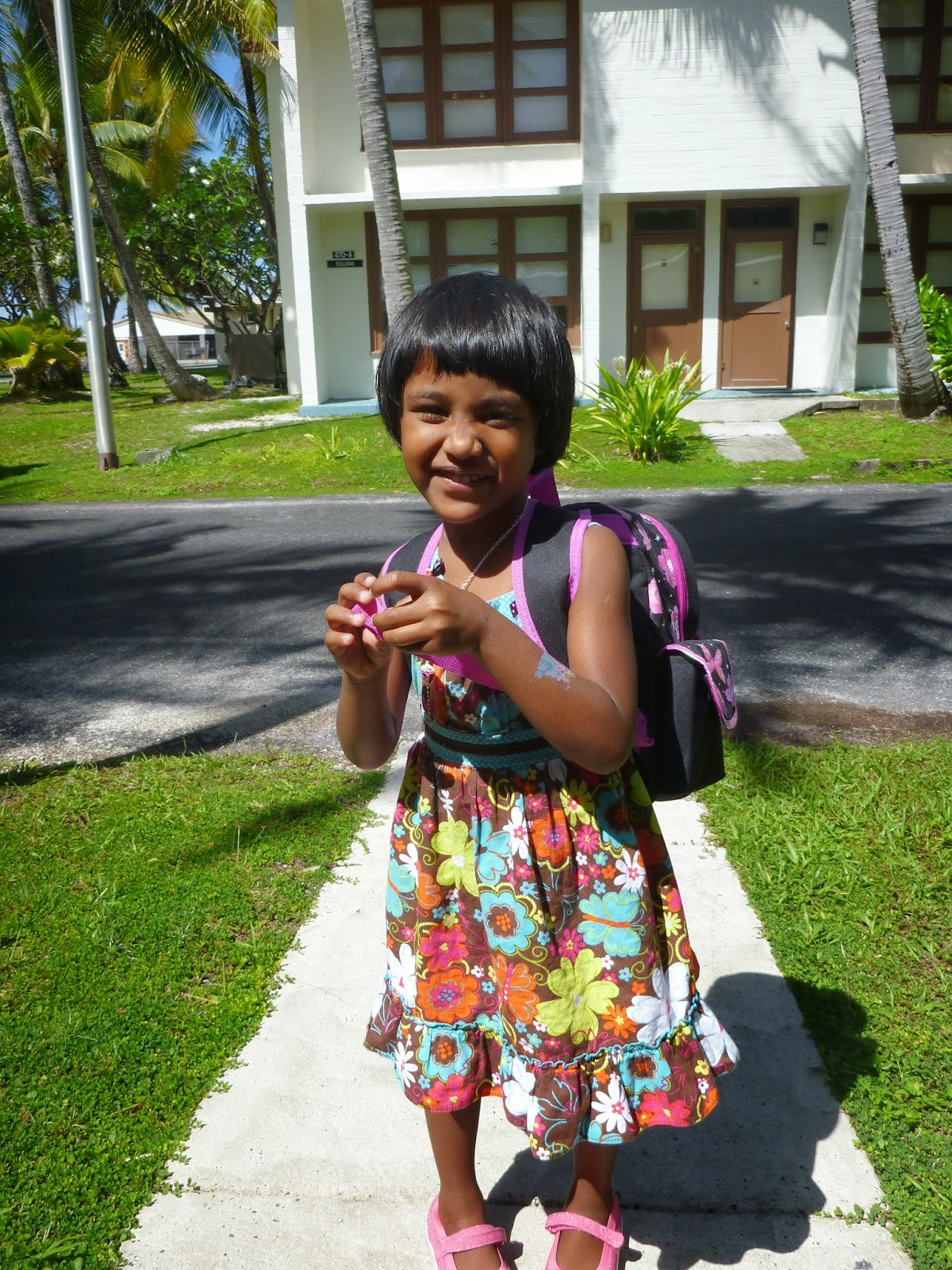 Back pack loaded, new shoes on: ready for vacation! 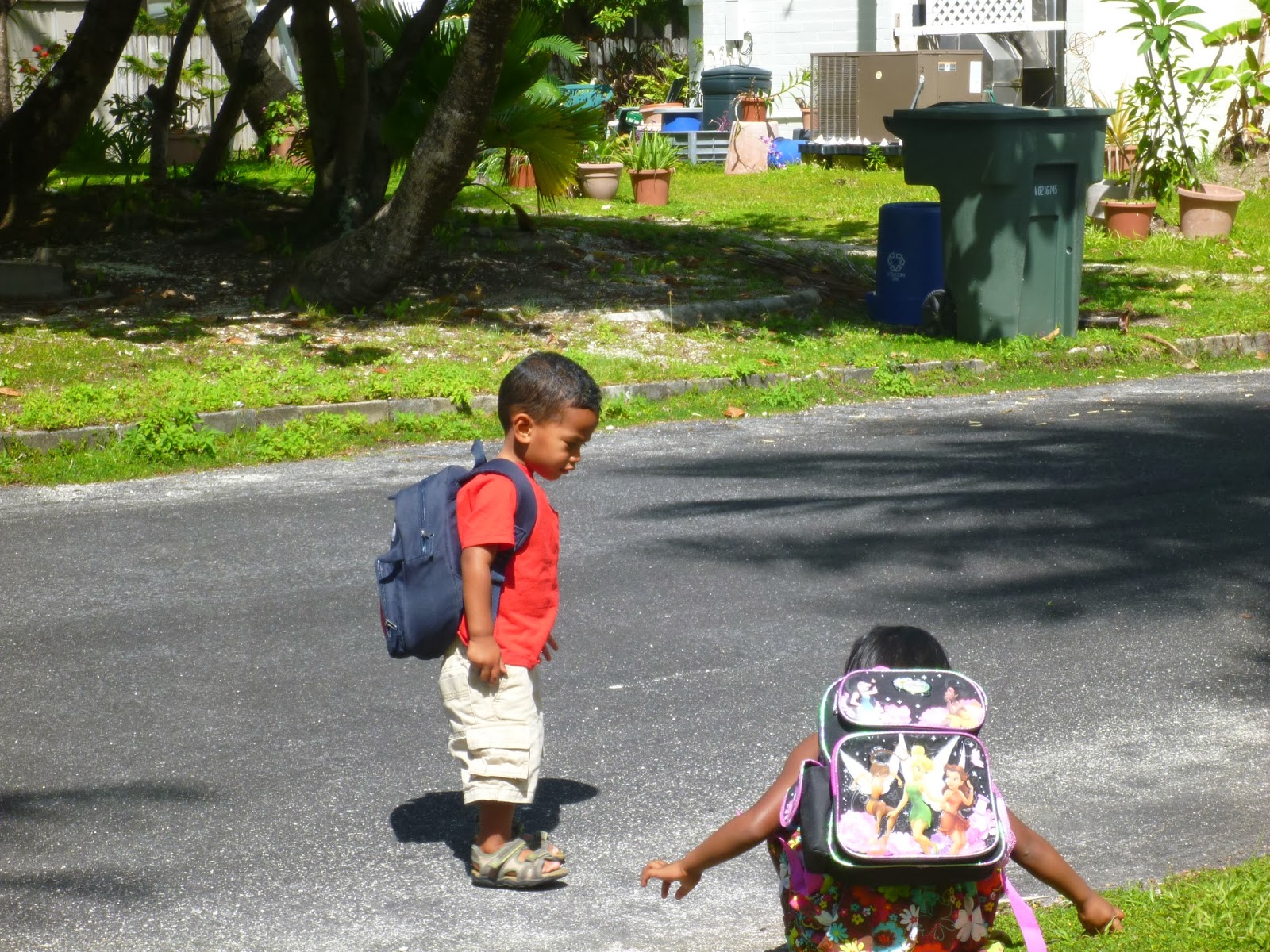 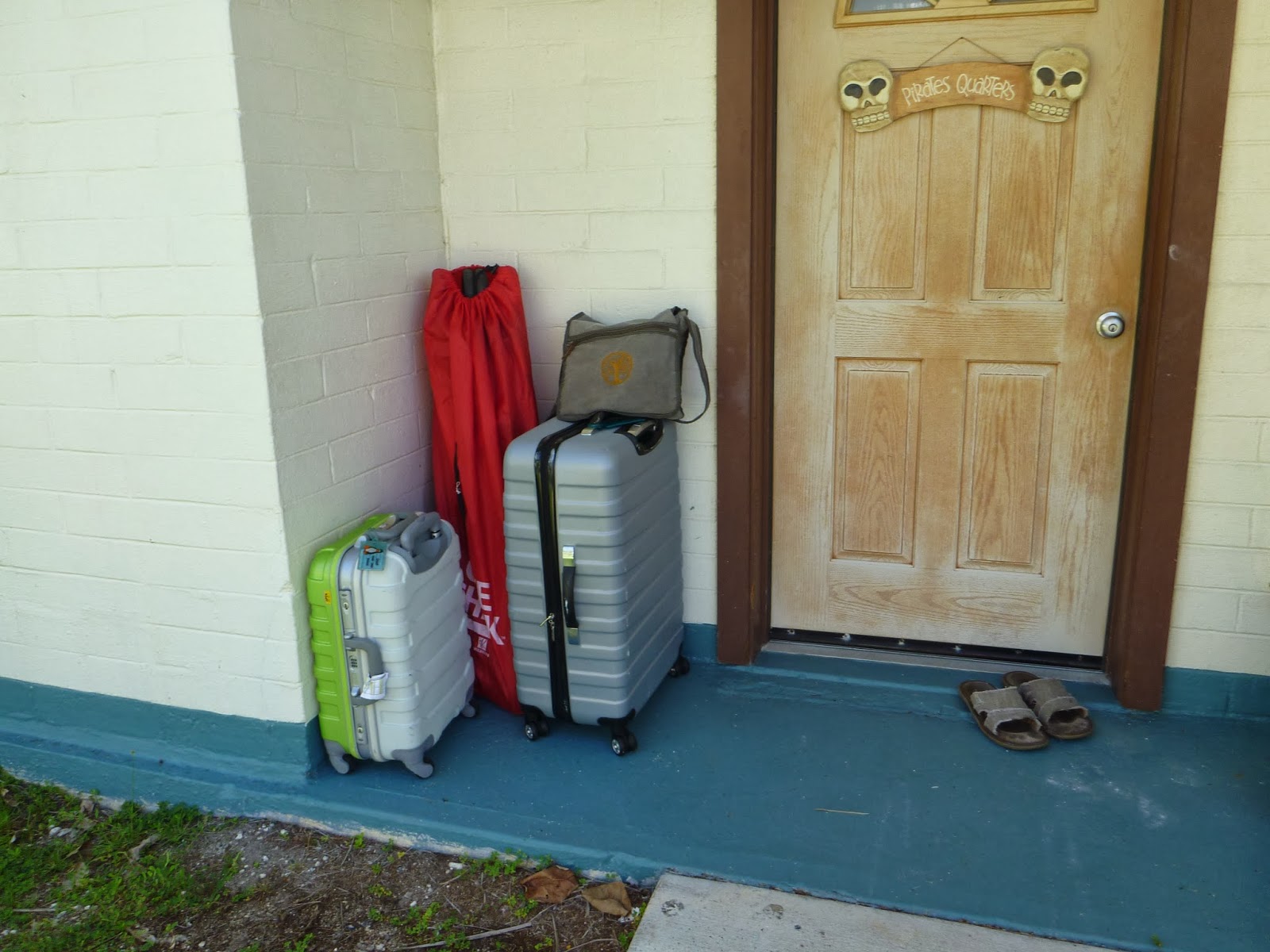 This is all the luggage, besides D's backpack and one for each kid.  We're traveling light this time (unlike our last vacation) 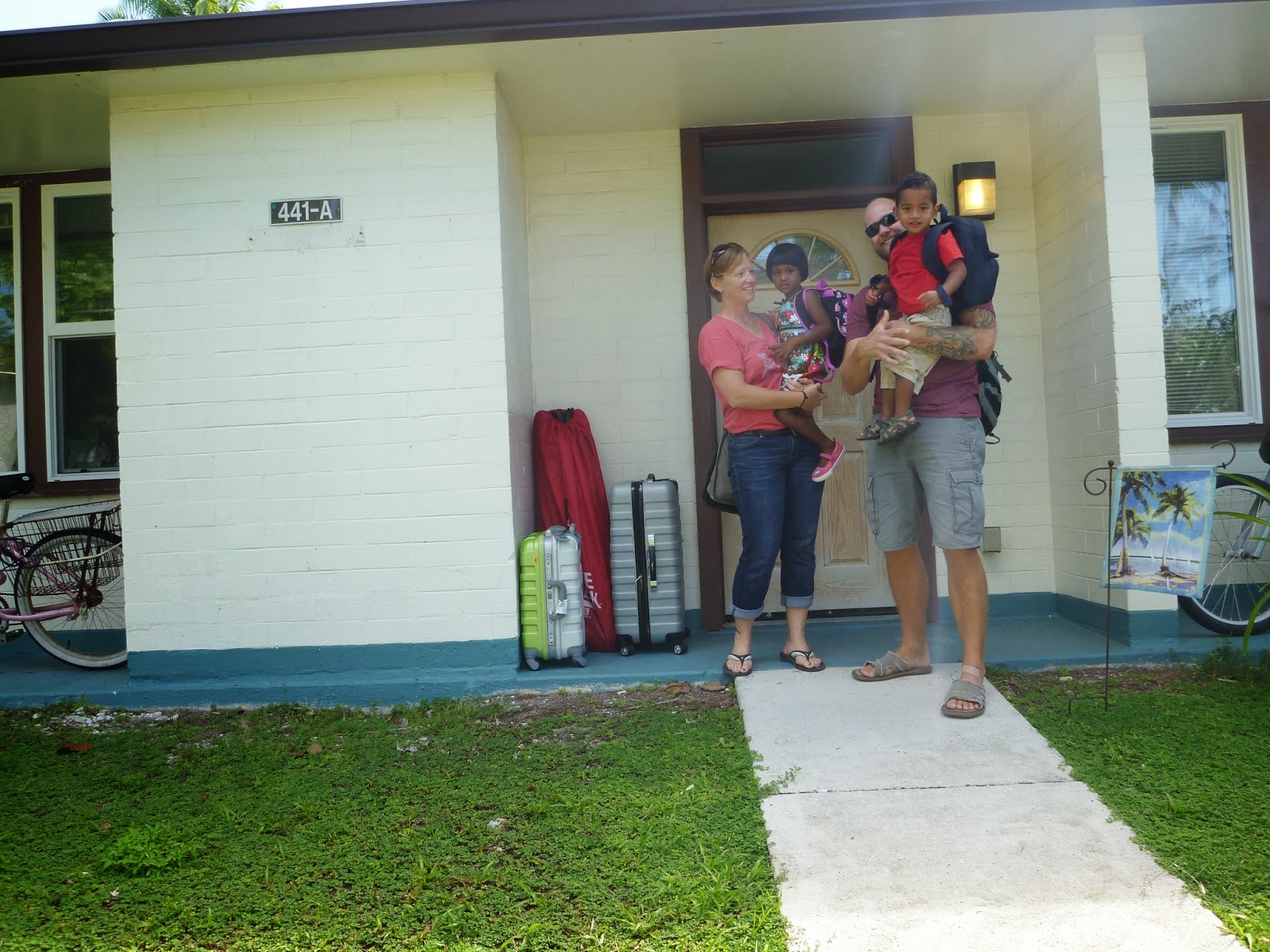 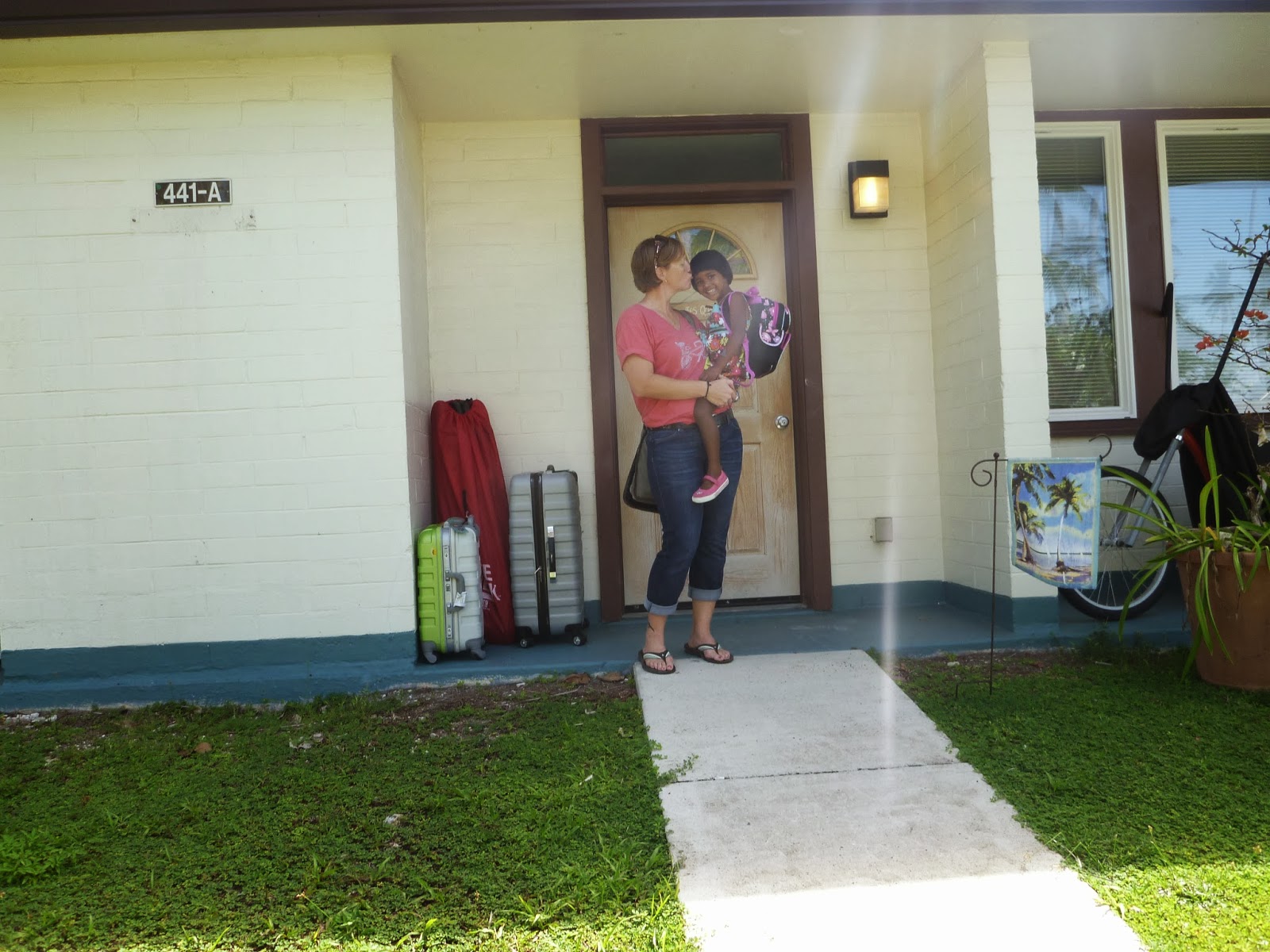 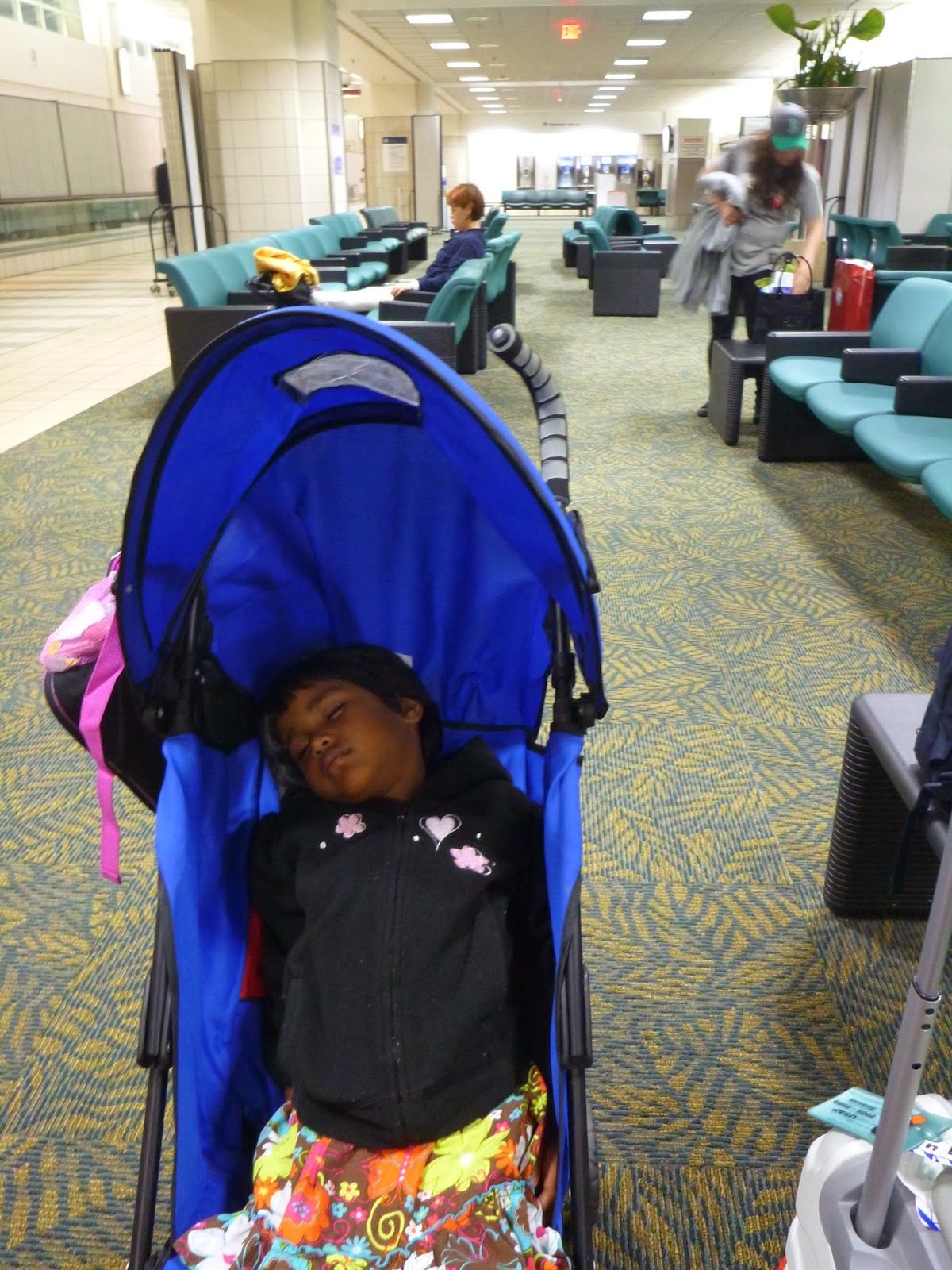 In the Guam airport at 1AM.  This girl slept through everything! 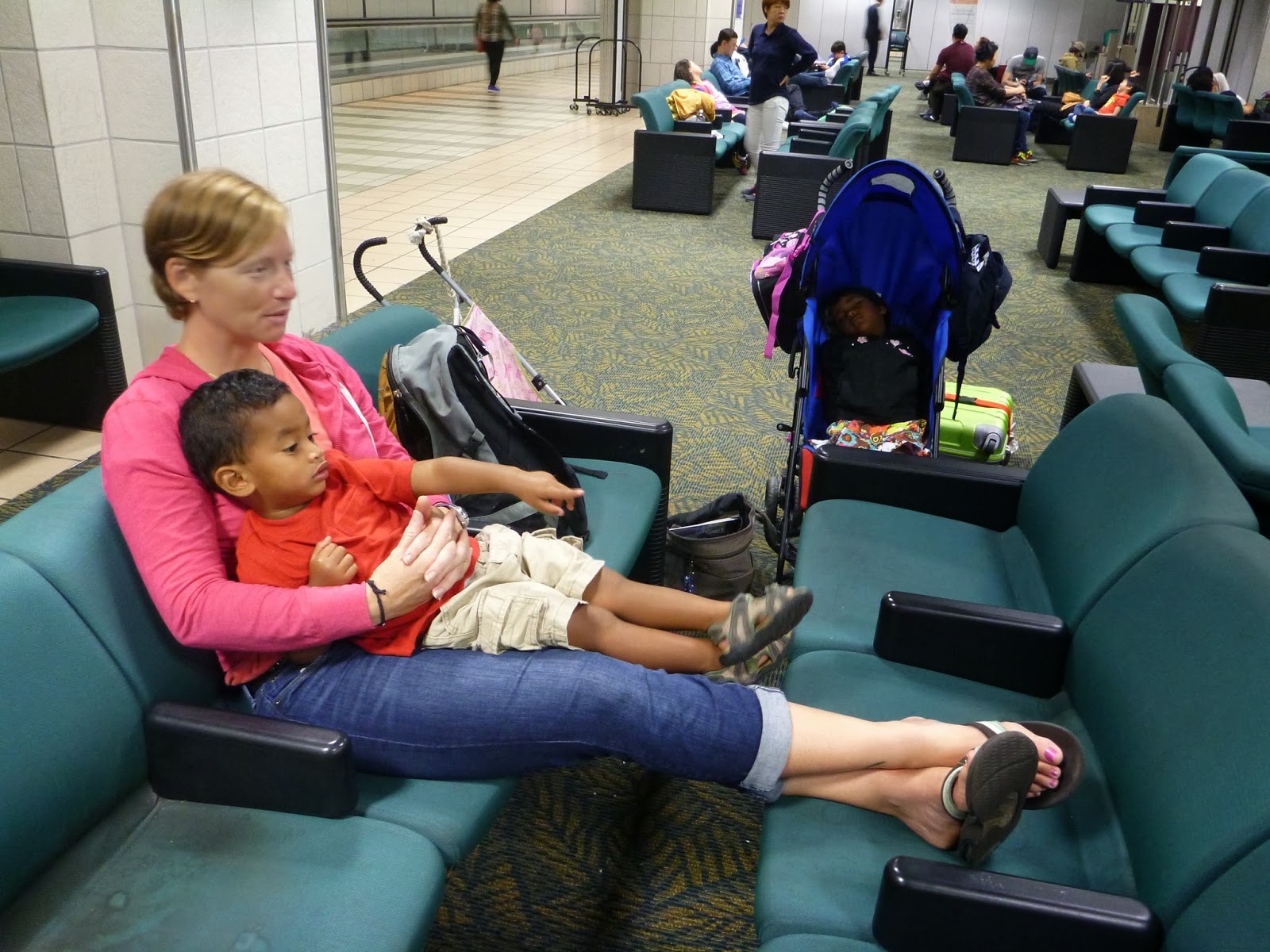 This boy (and his mom and dad, not so much) 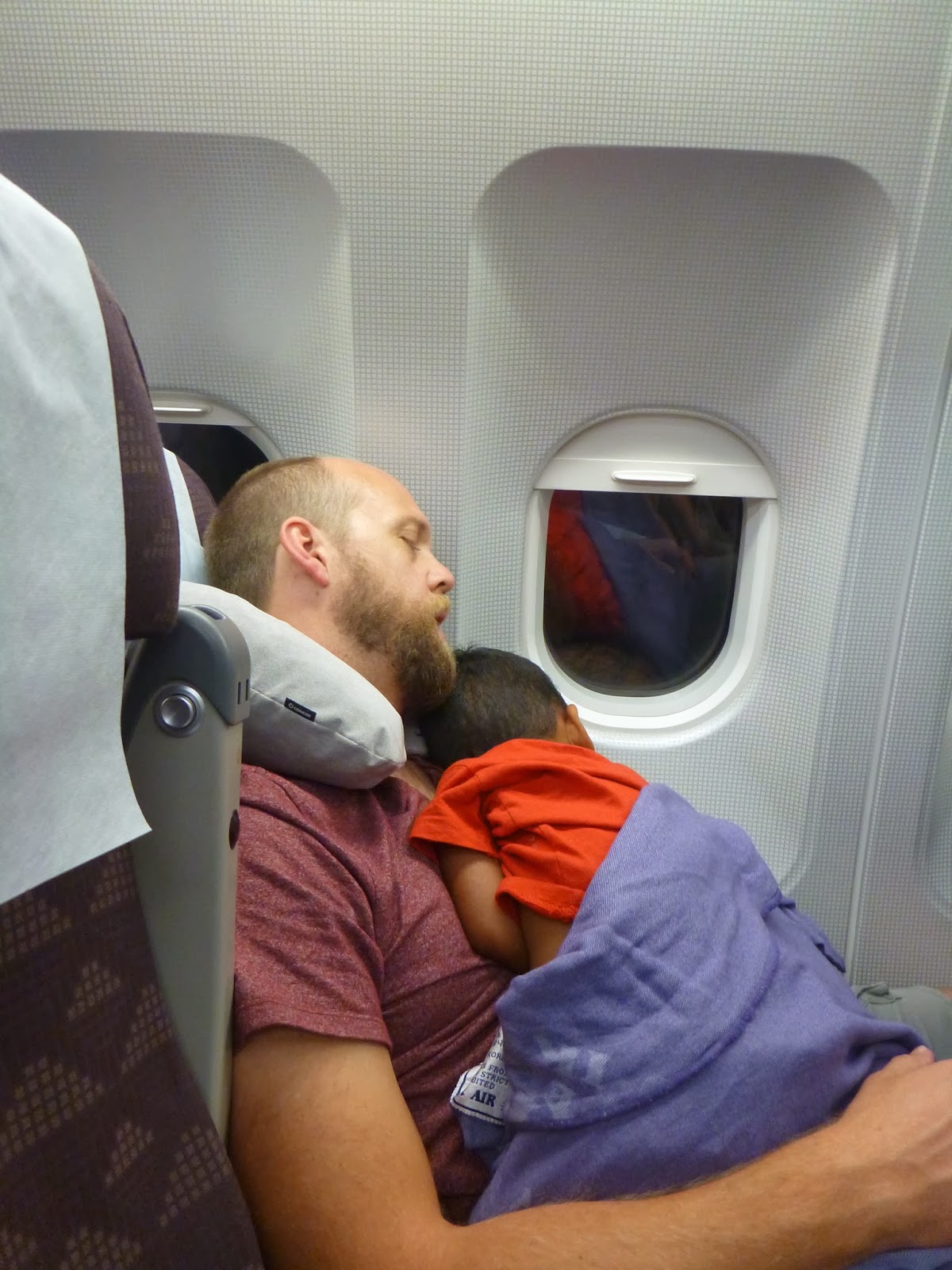 Finally some shut-eye on the way to Seoul 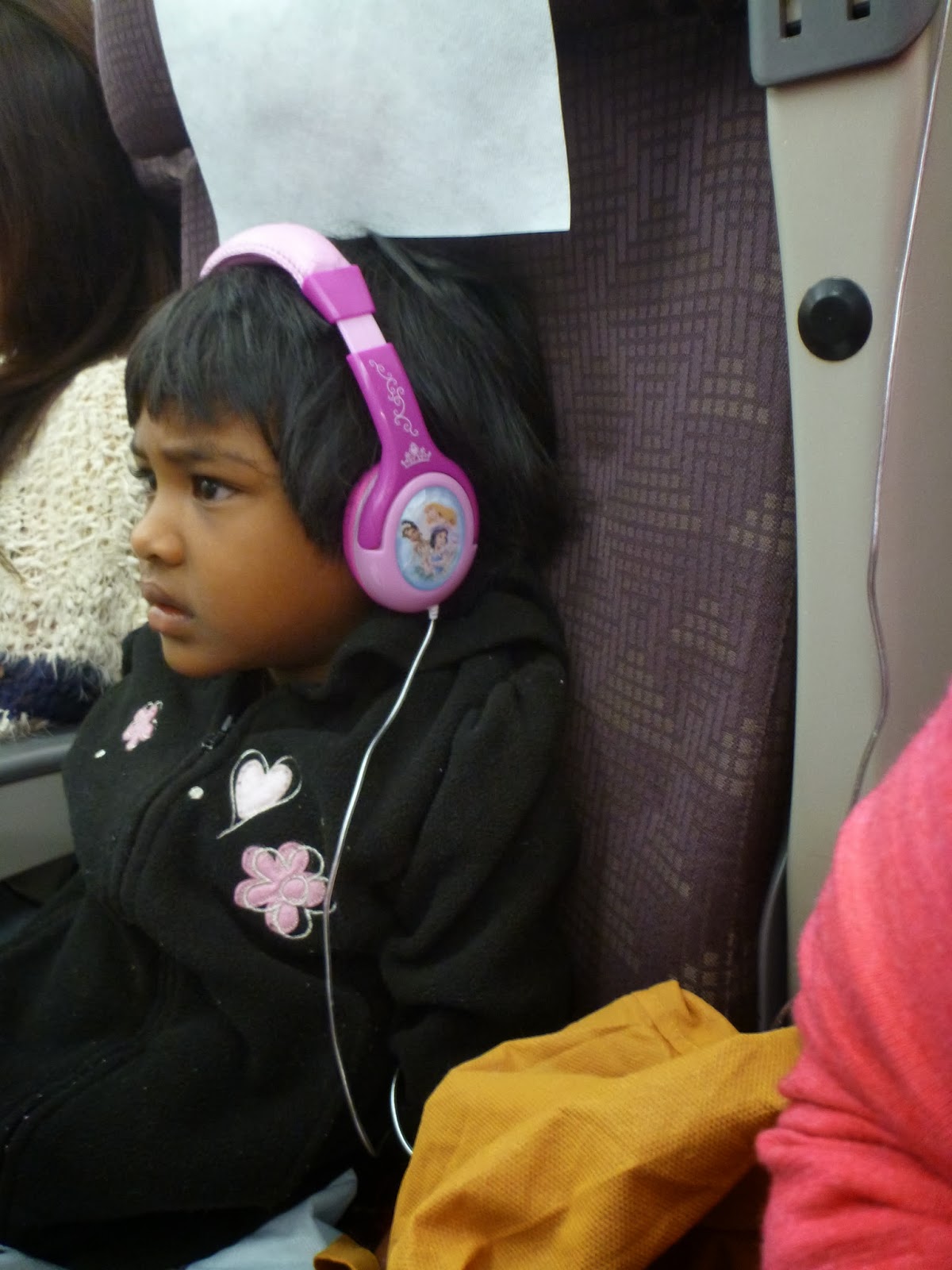 Sky's in her happy place: watching movies with her princess headphones (I think she watched Frozen about 5 times) 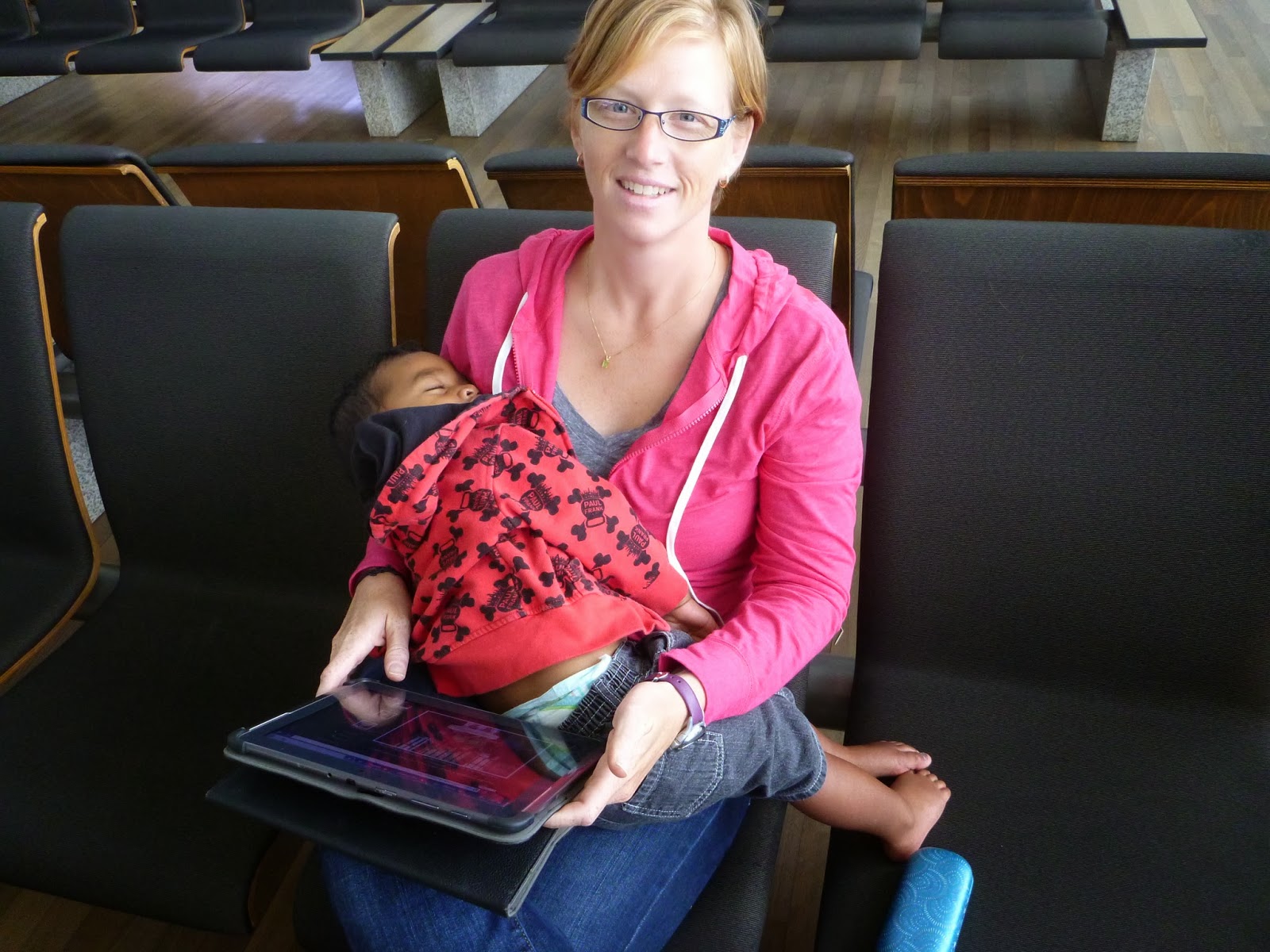 Poor Fire, sleeping during one of his fever spikes 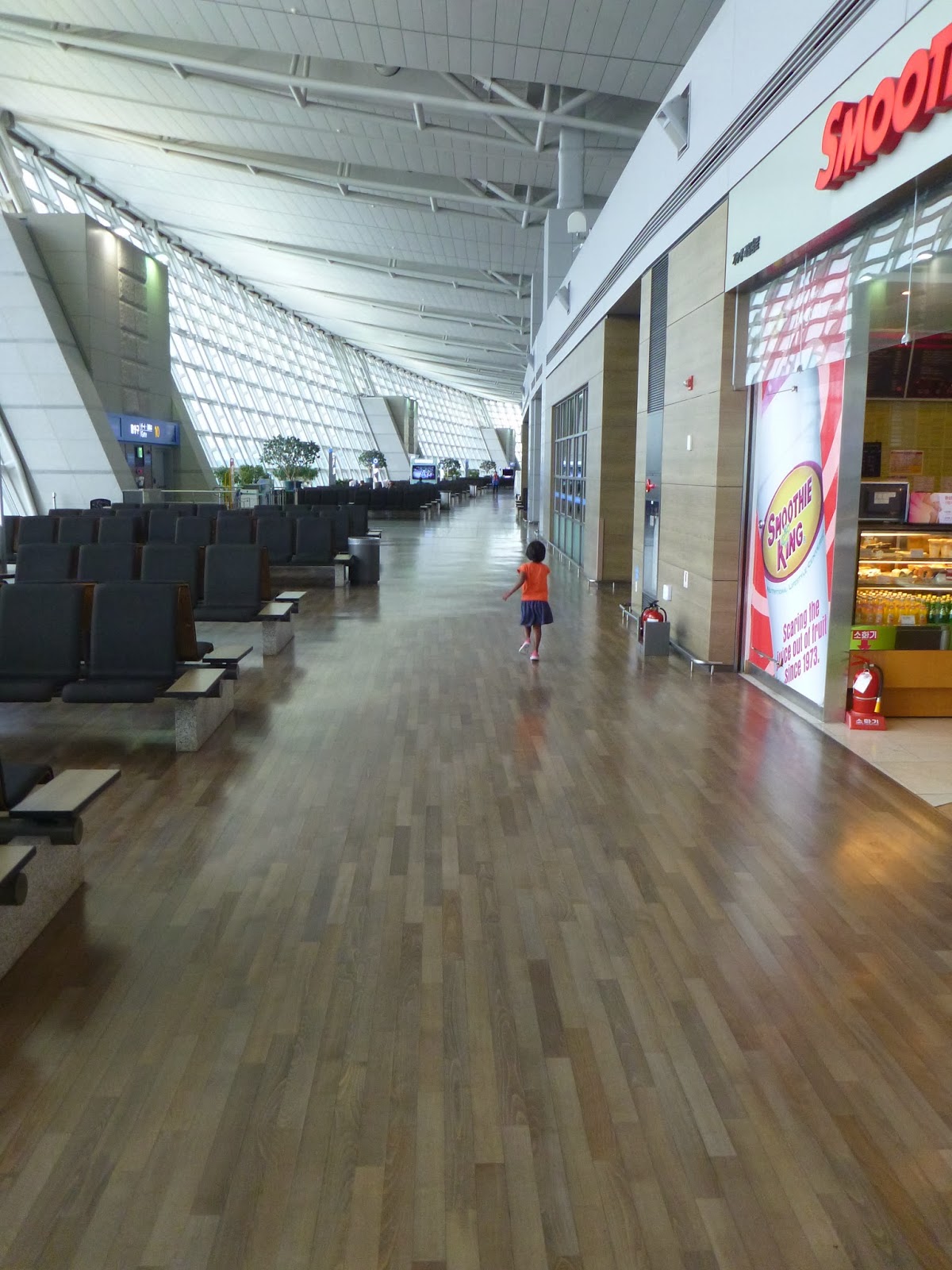 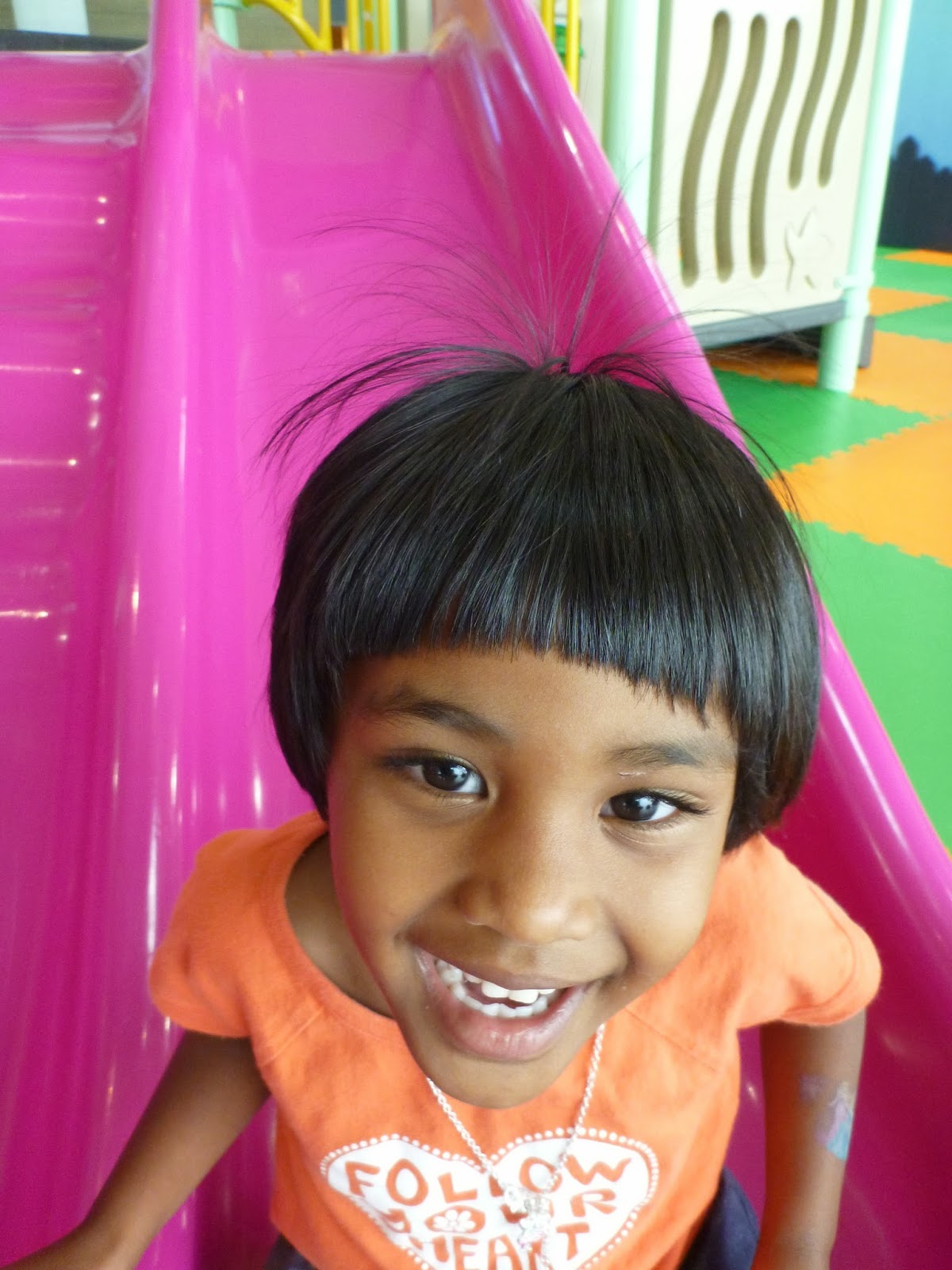 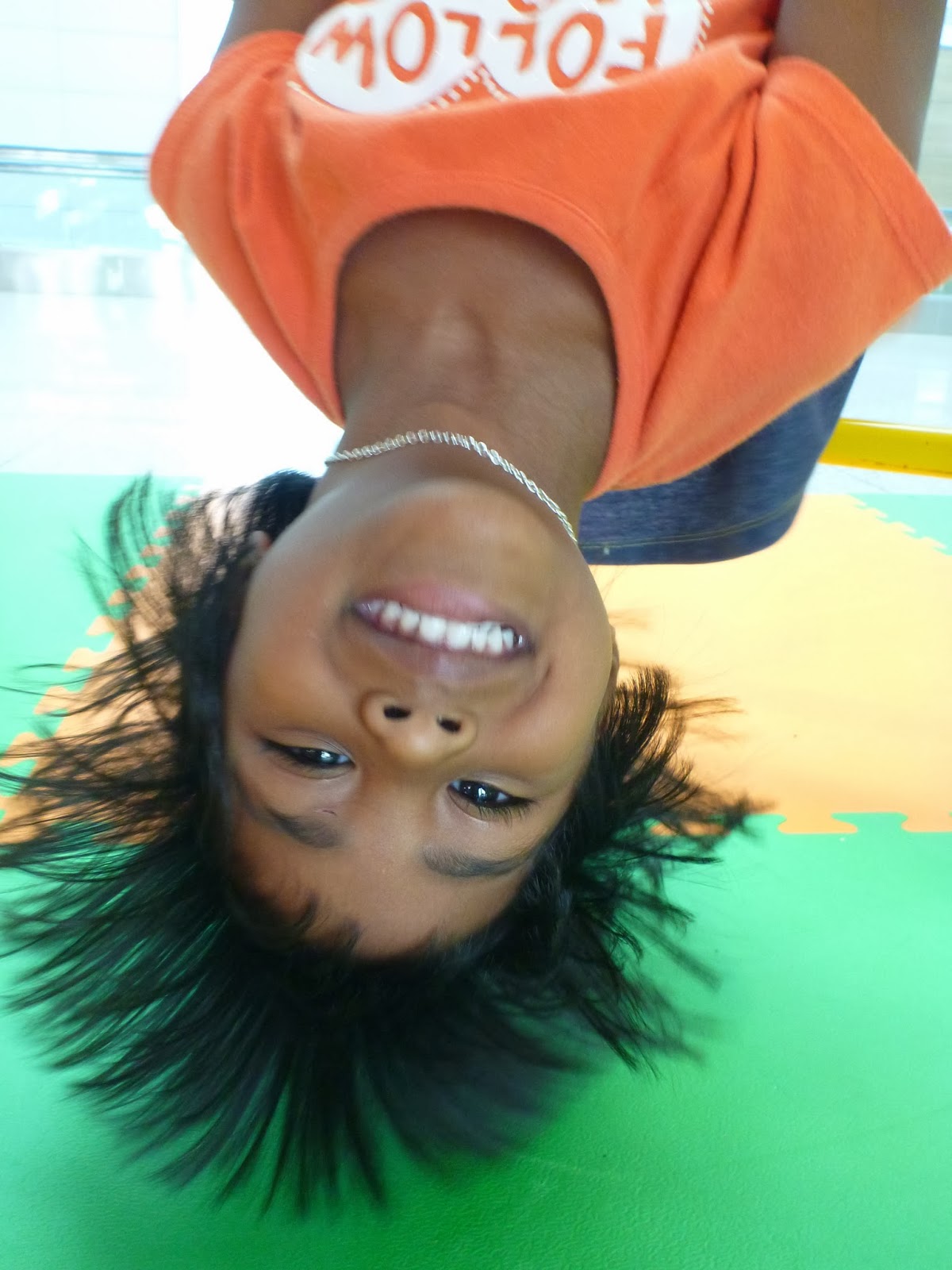 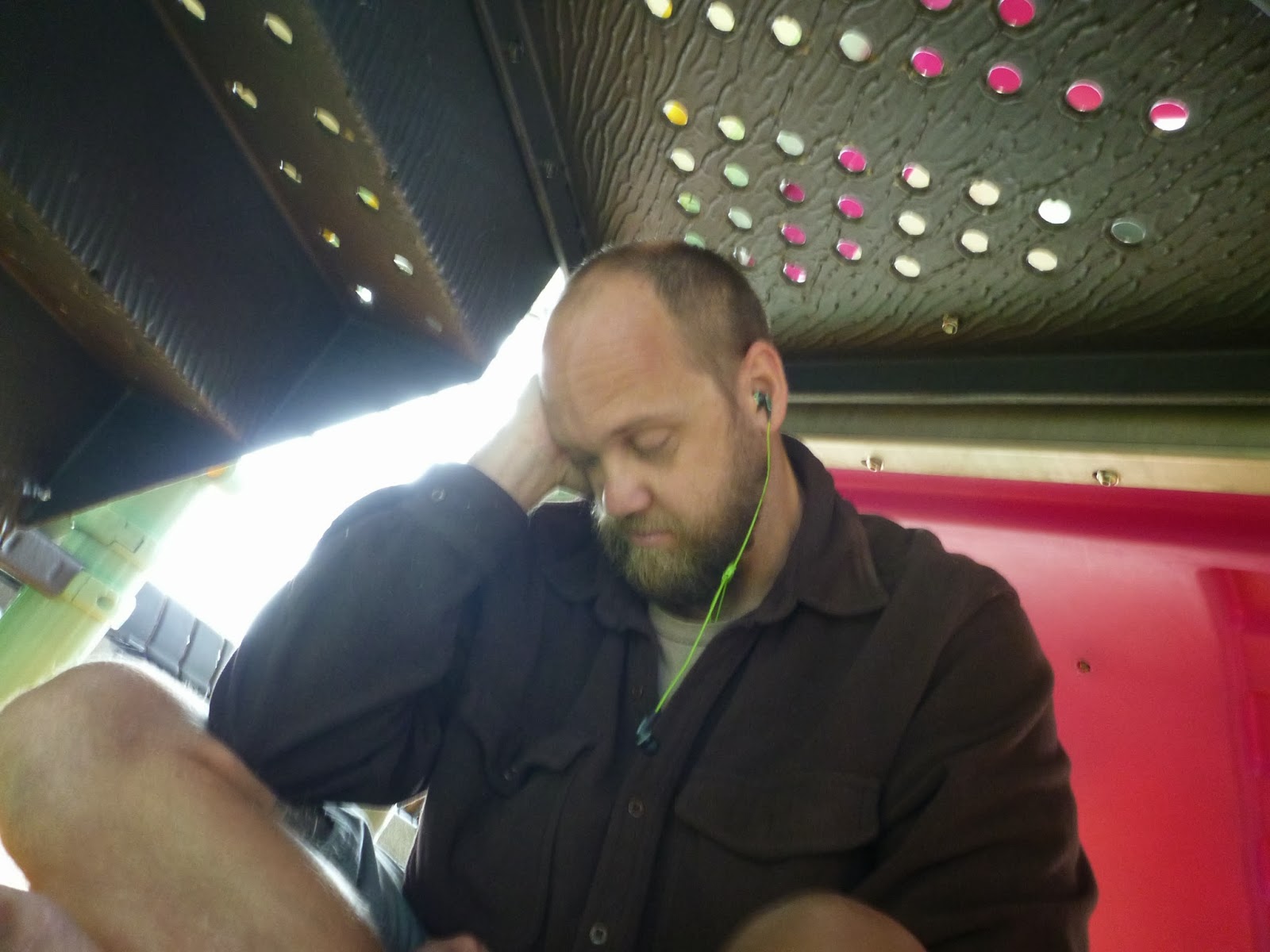 Poor D!  He doesn't sleep well on airplanes so he was pretty wrecked by this point 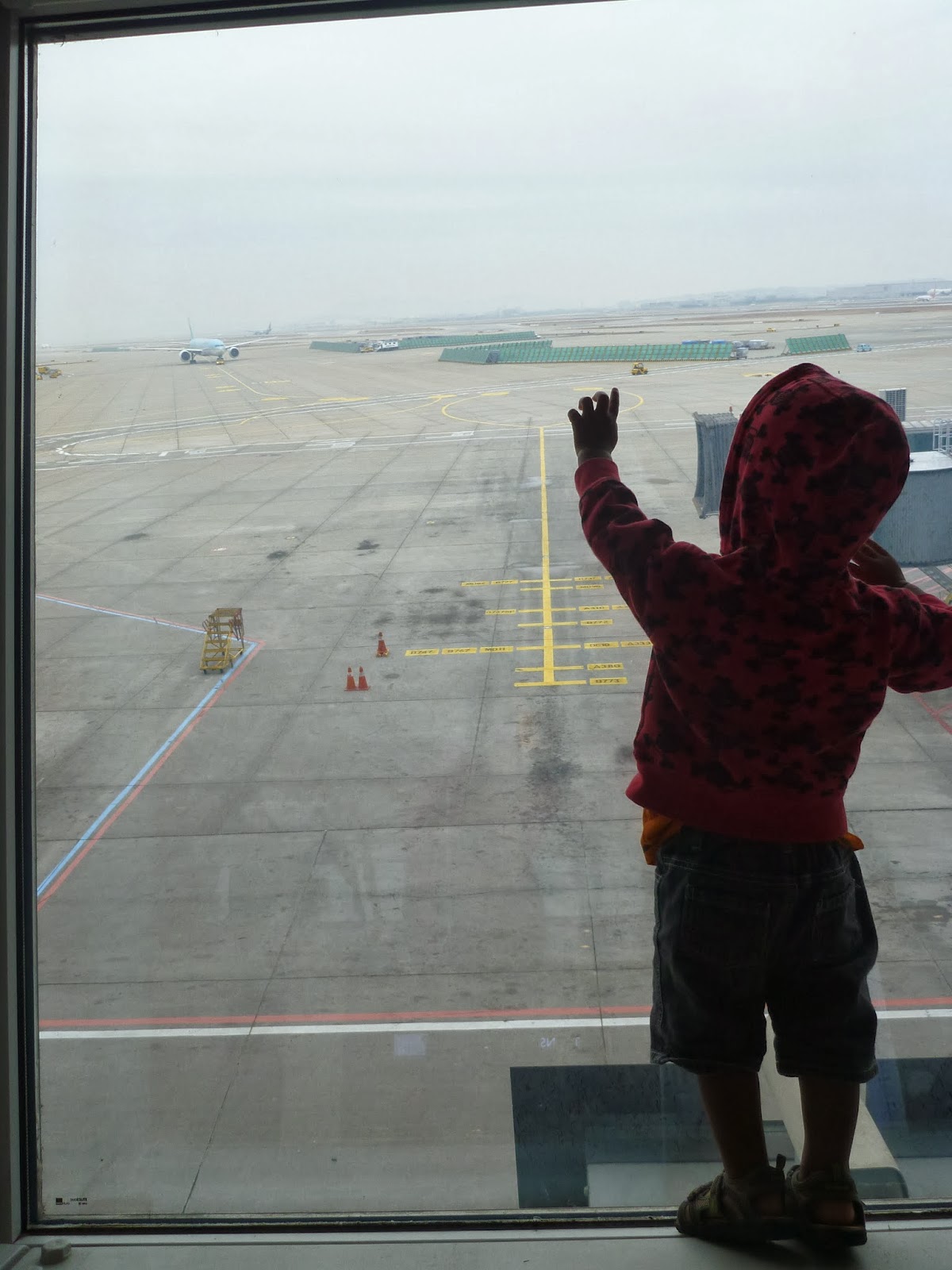 "Pane! Pane!" he would say over and over as he watched the planes take off and land 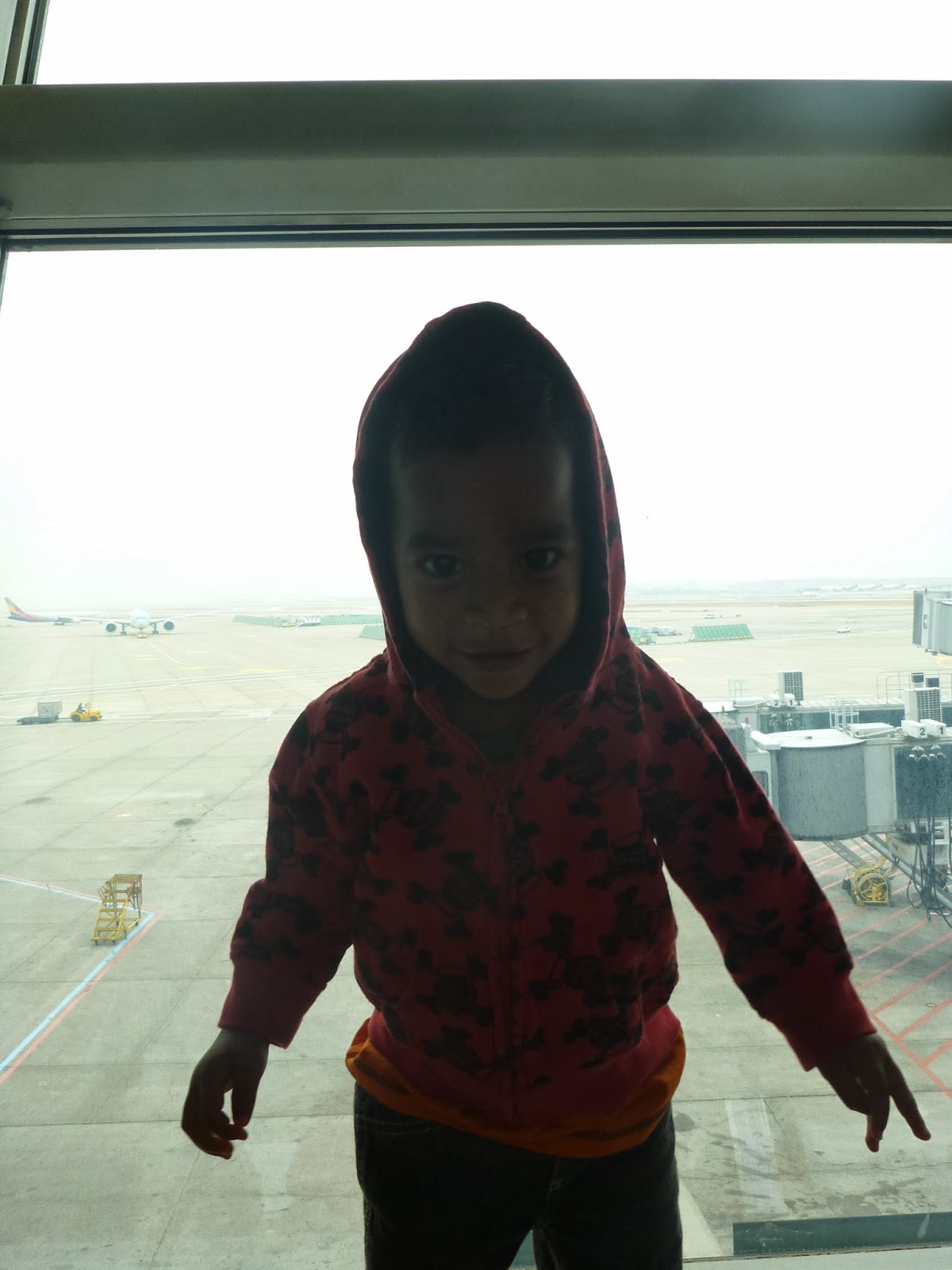 Feeling a little better after some medicine

It took us about 36 hours to get from Kwajalein to Singapore.  We took the island-hopper to Guam and then flew to Seoul where we had an eight hour layover before the flight to Singapore.  The kids were amazing for all of it and D and I were pretty tired but pushed on through and managed not to lose our tempers even when the reserves were running low.  Poor Fire had some kind of fever for most of the trip.  He'd had one for the better part of the weekend before we left Kwaj but we assumed it was just a teething fever and dosed him with acetaminophen and didn't think anything of it.  It got worse just about the time we hit Seoul but we were able to buy him some ibuprofen and that helped a bit.  I was worried about him being to loud and too active on the plane in the days leading up to the trip and in the end, he just slept most of the time.
We landed in Singapore around mid evening,  passed right through immigration, and made our way to the condo we're staying at.  It's a great little place, just right for us: two bedrooms, two bathrooms, a small kitchen and a balcony, right in Chinatown.
D and I keep feeling like we should pinch ourselves- we can't believe how well the trip has gone.  We expected everything to be hard and it's been the exact opposite.  We've got great kids and a lot of things have just gone our way.  We're looking forward to spending time with the kids and exploring the city.  Maybe the zoo tomorrow?
Labels: Family Singapore
Location: Singapore