When we initially started thinking about coming to Singapore, we thought that we would just be coming to a city, so the kids could see a zoo, an aquarium, and the symphony, but we've also managed to hit a bunch of the high points of Singapore as well: Chinatown, the Gardens by the Bay, and today, Sentosa and the Merlion.  The kids woke up in great moods and they were wonderful all day.  Seriously, we all had a great time today, which was sorely needed.

We took the cable car from Harbor Front over to Sentosa 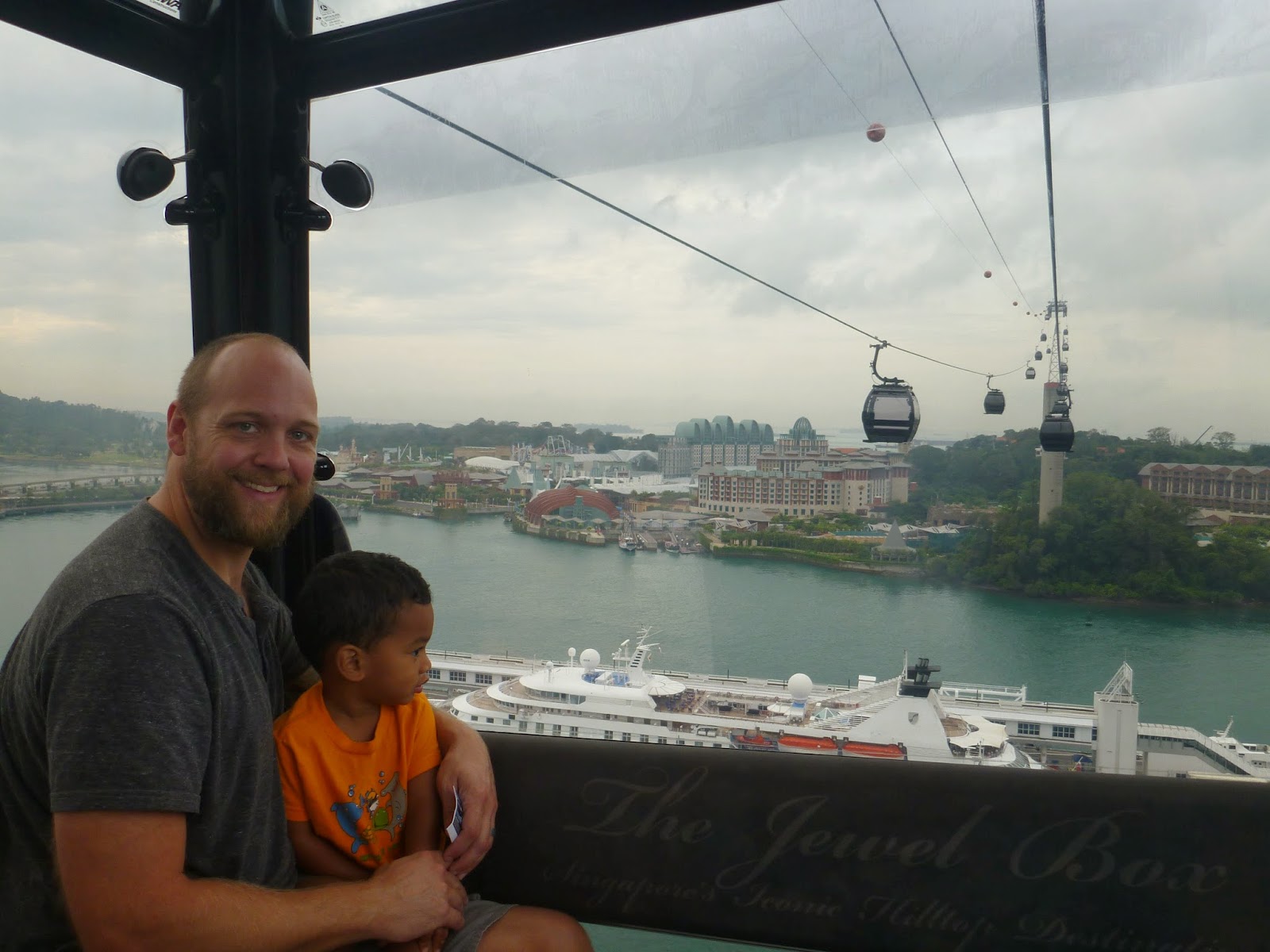 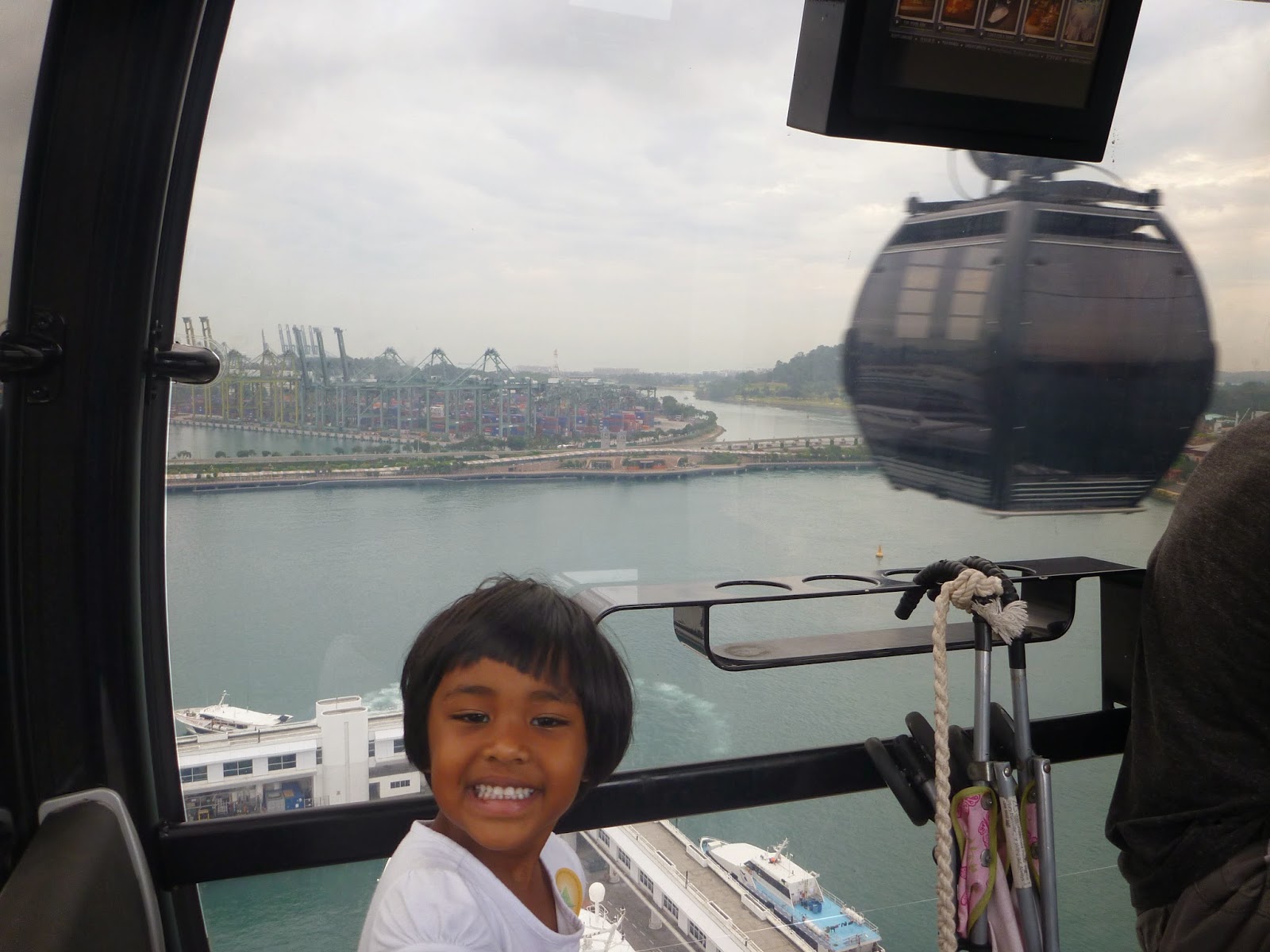 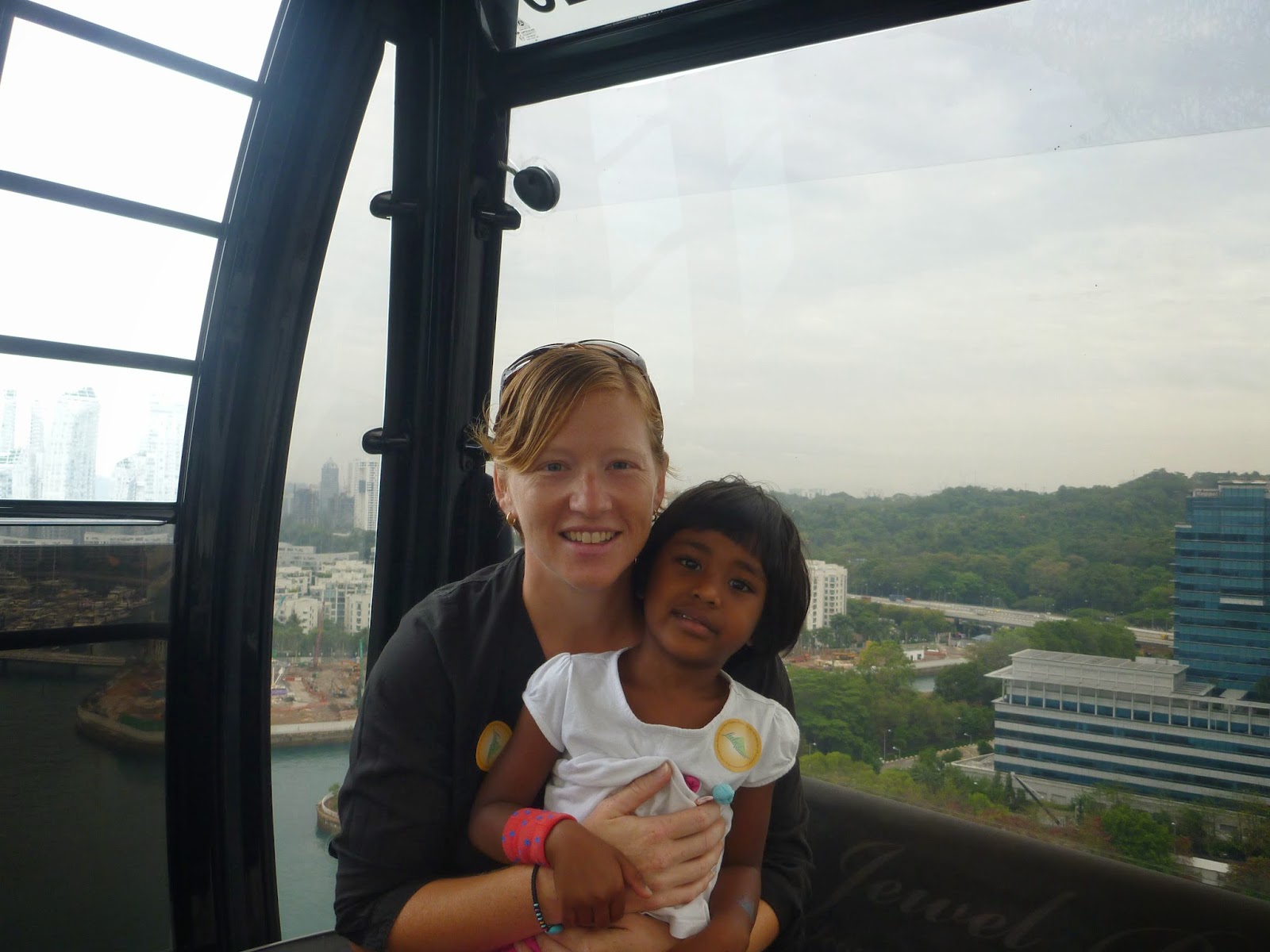 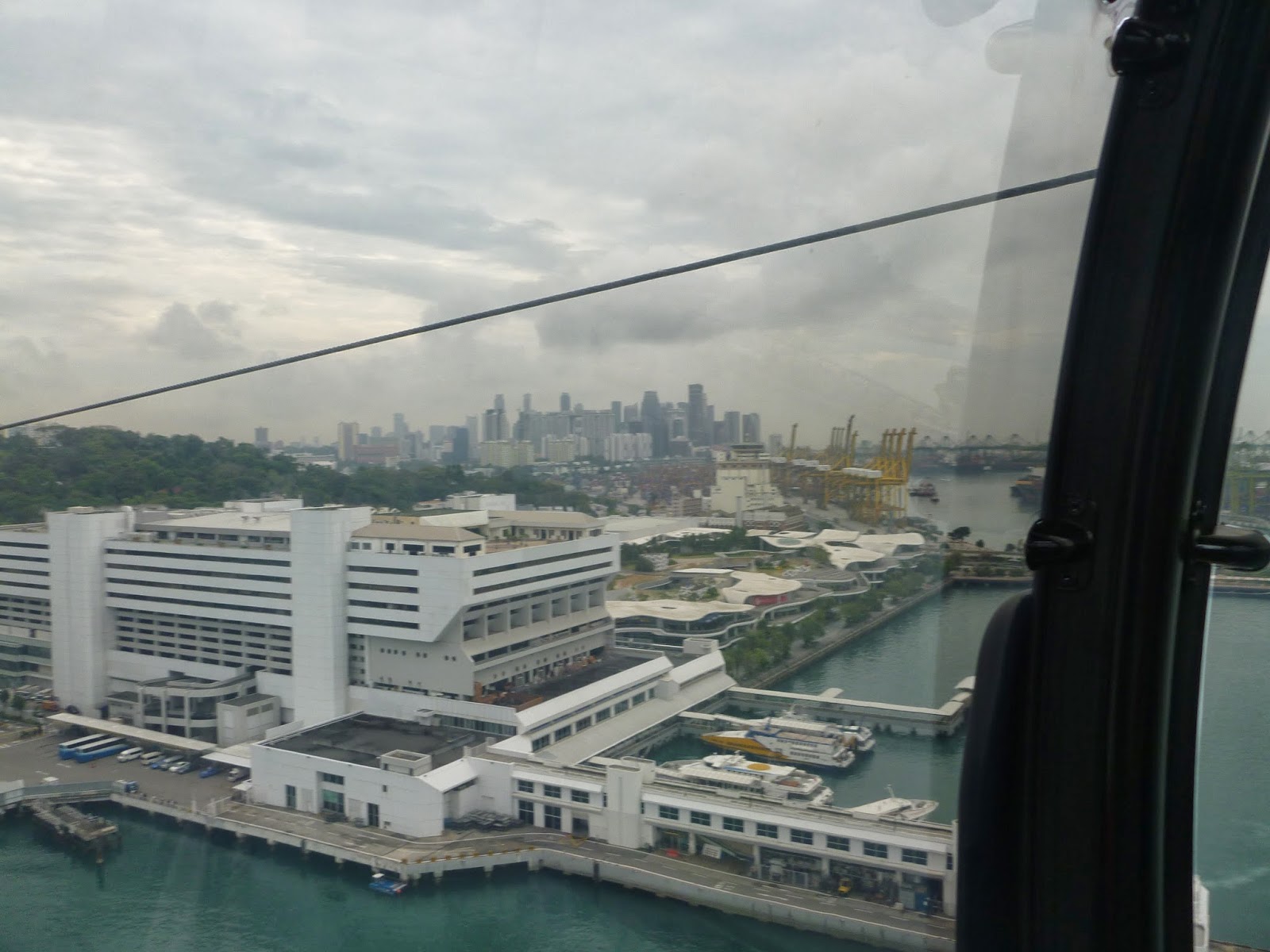 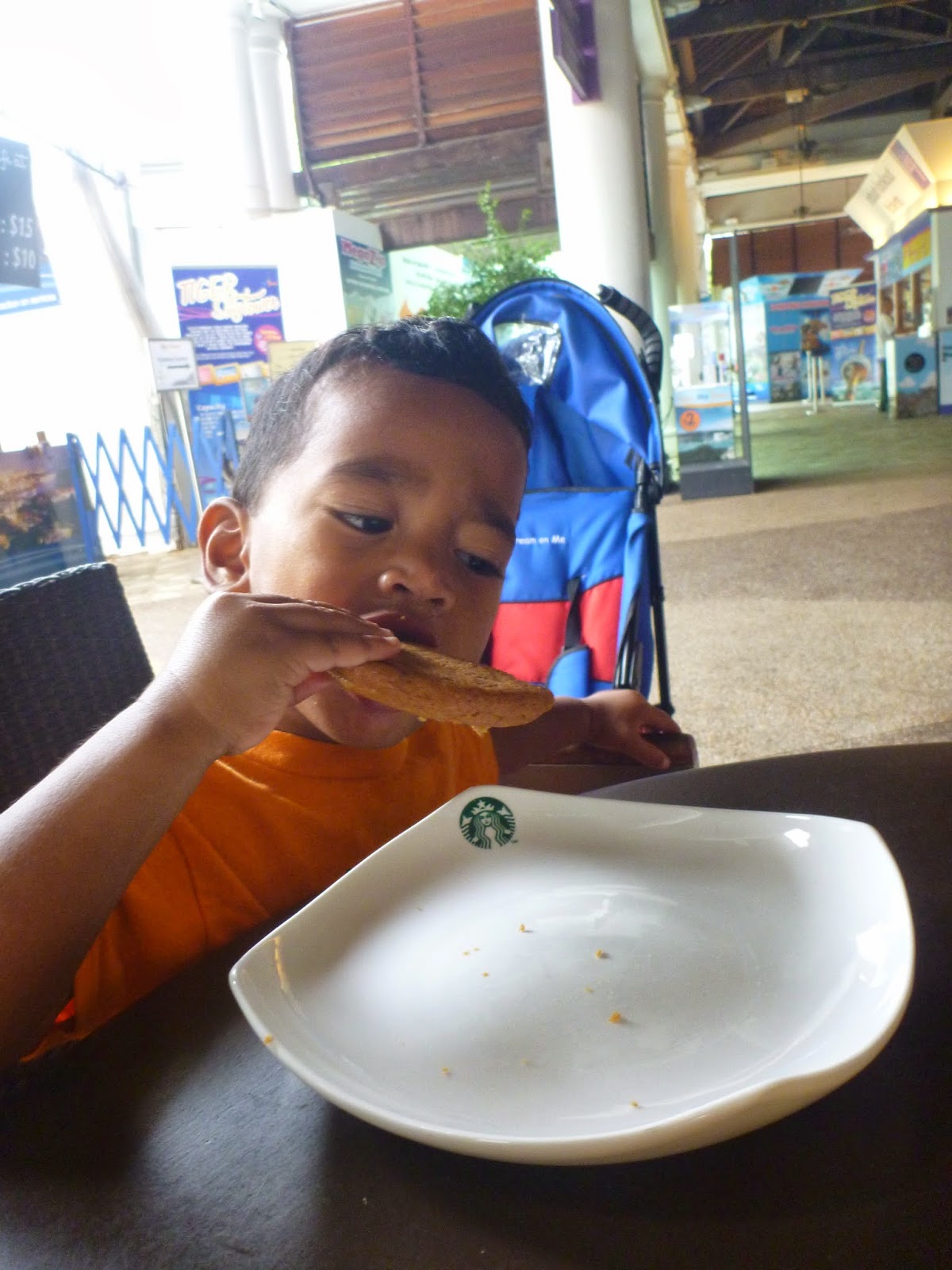 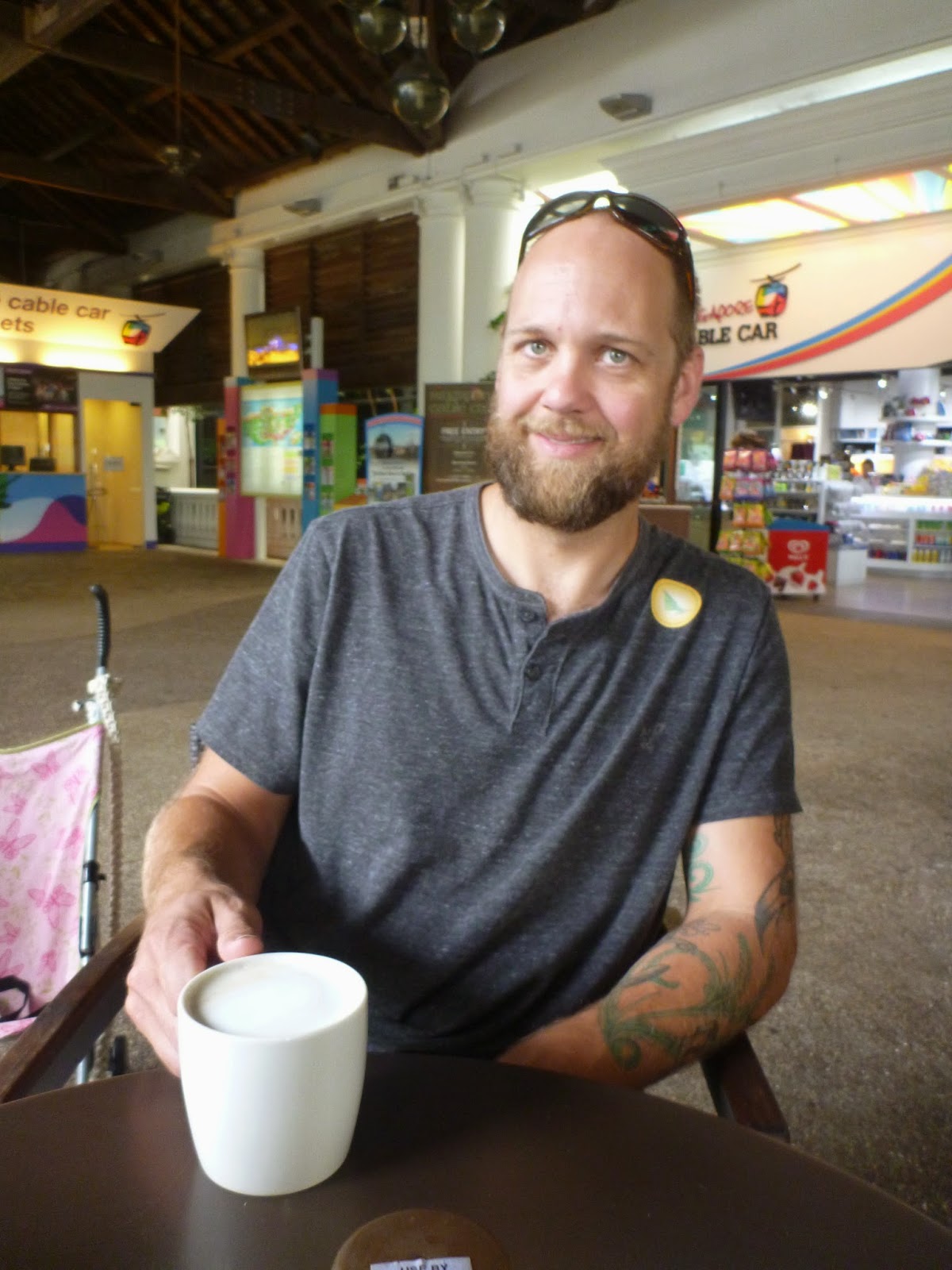 The obligatory "us with the Merlion" pictures 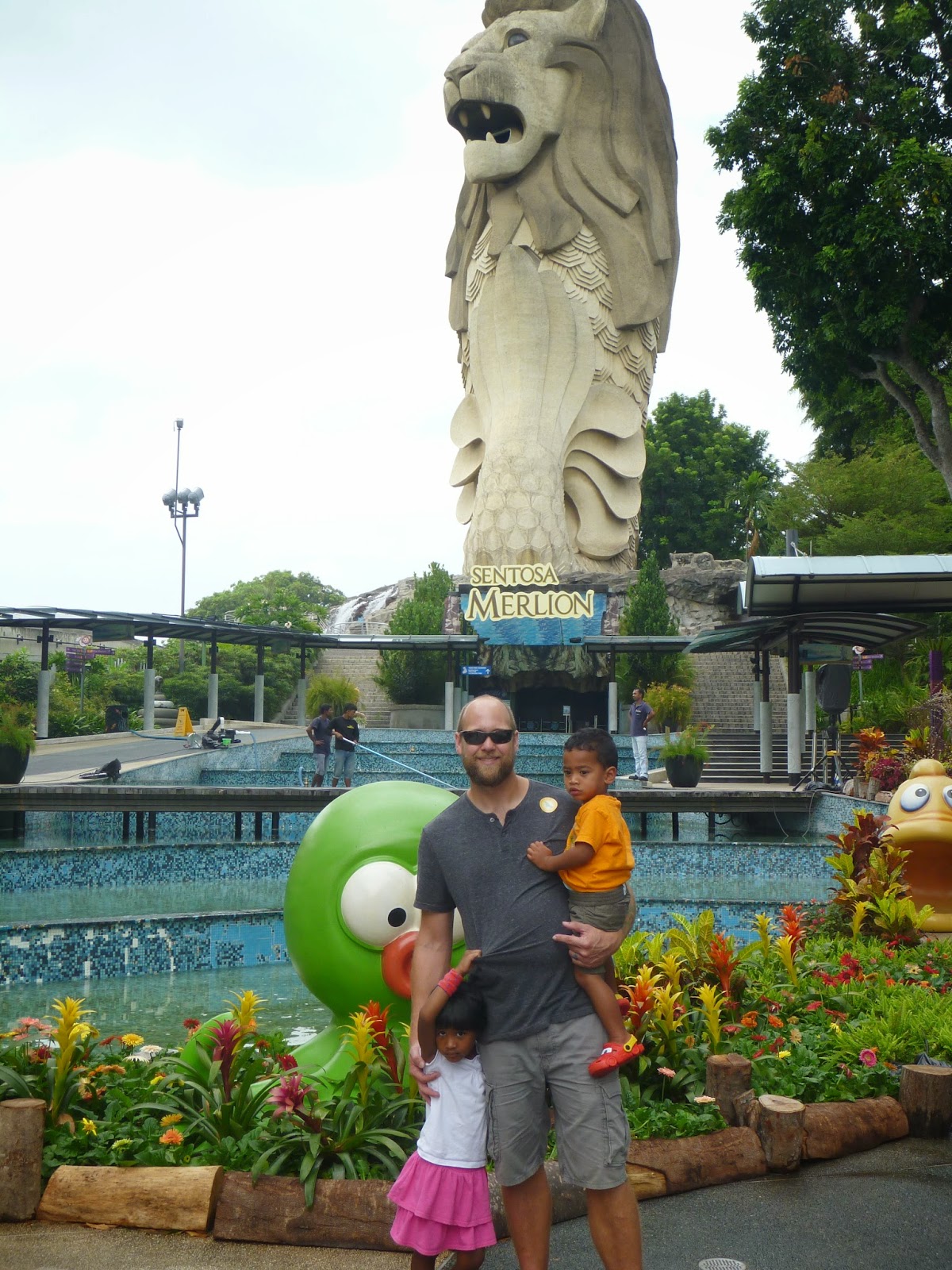 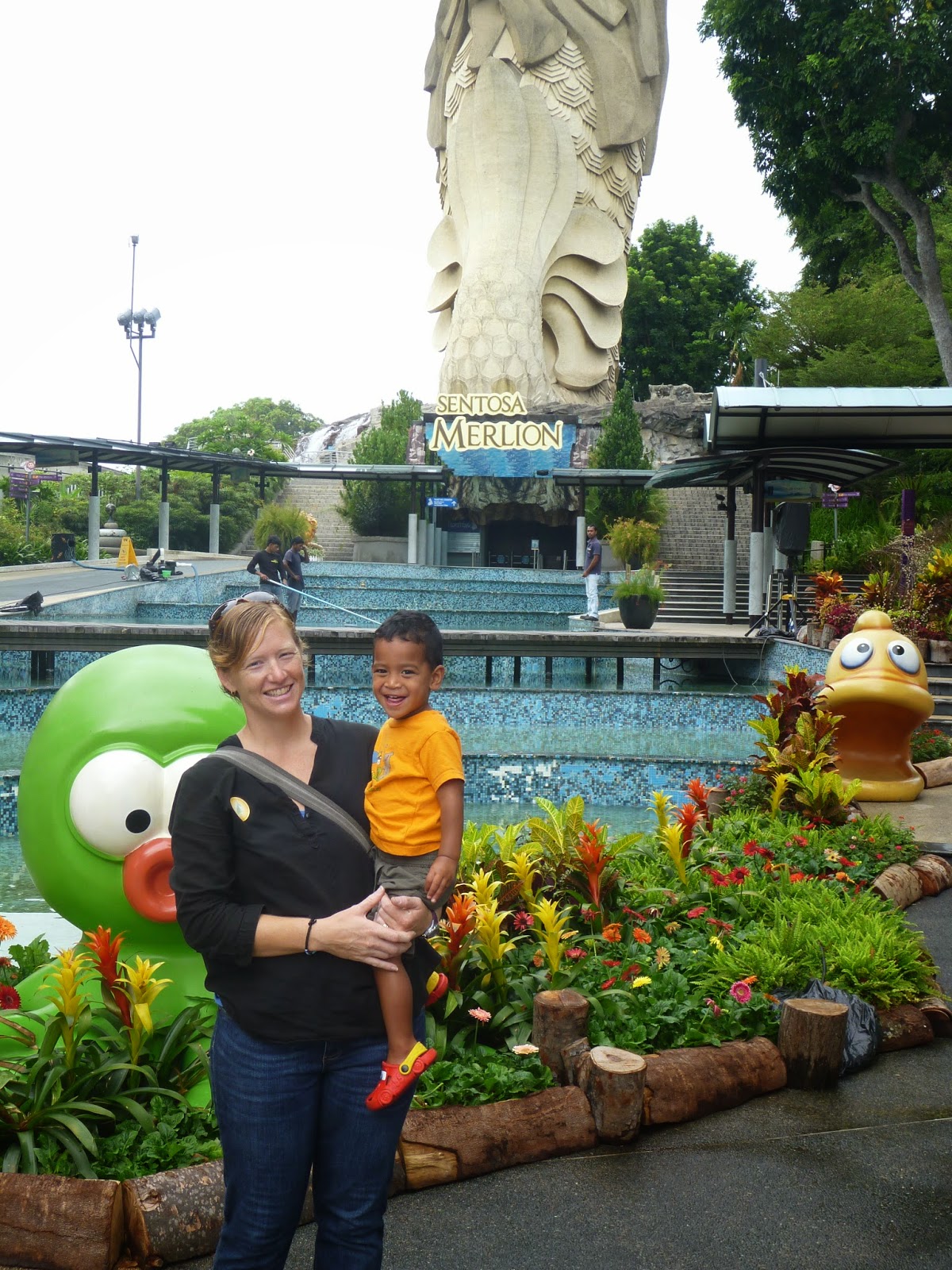 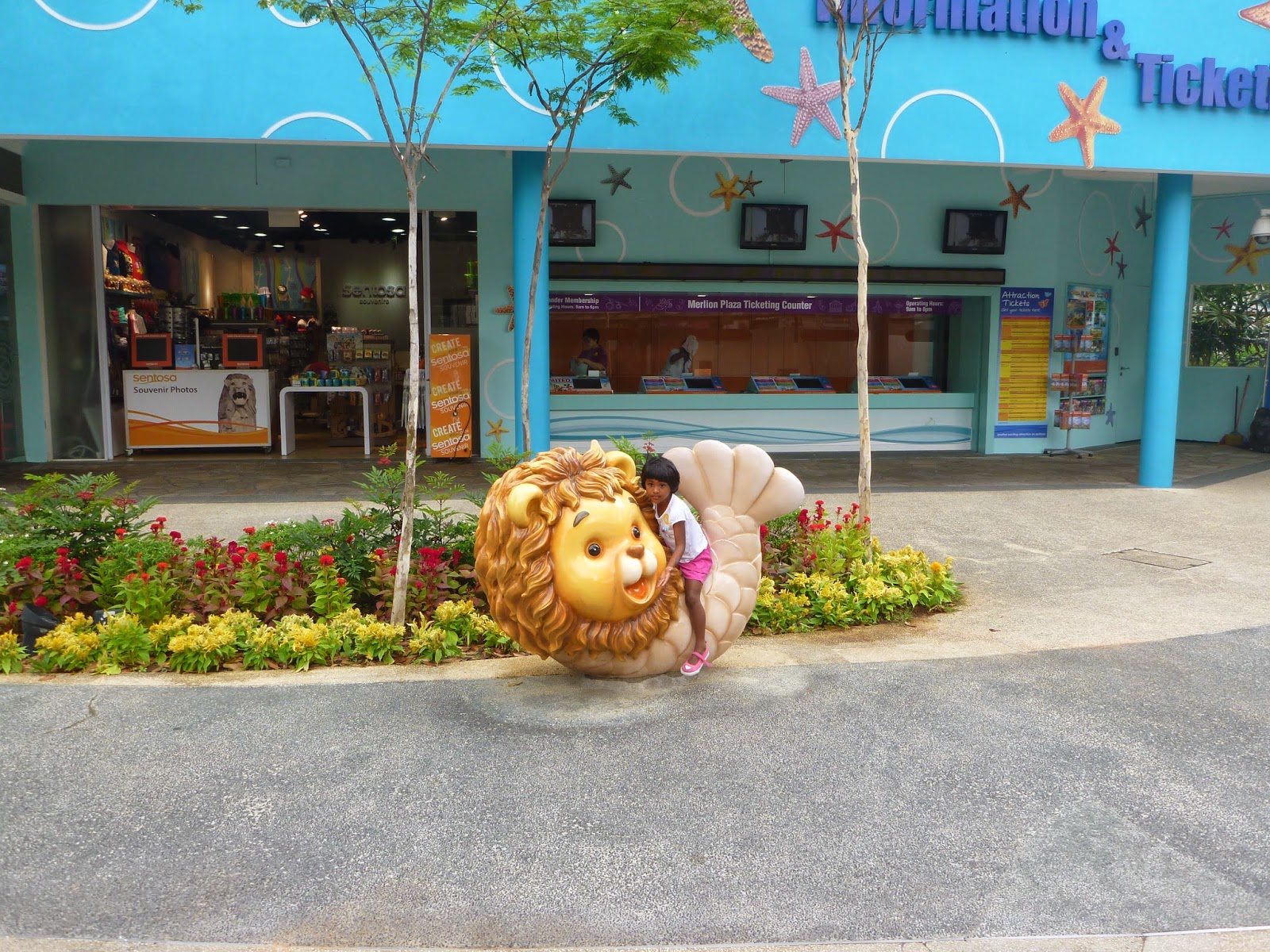 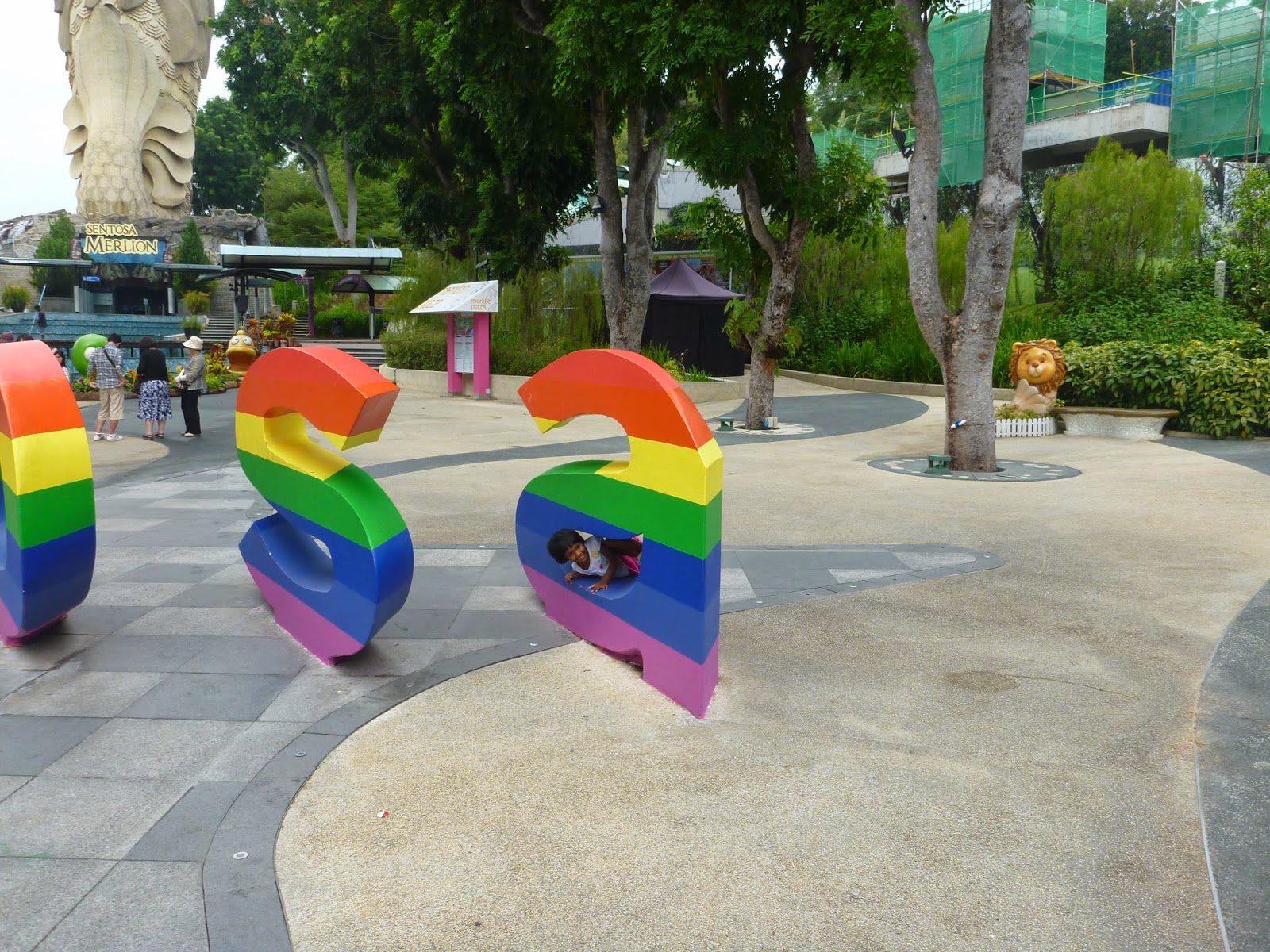 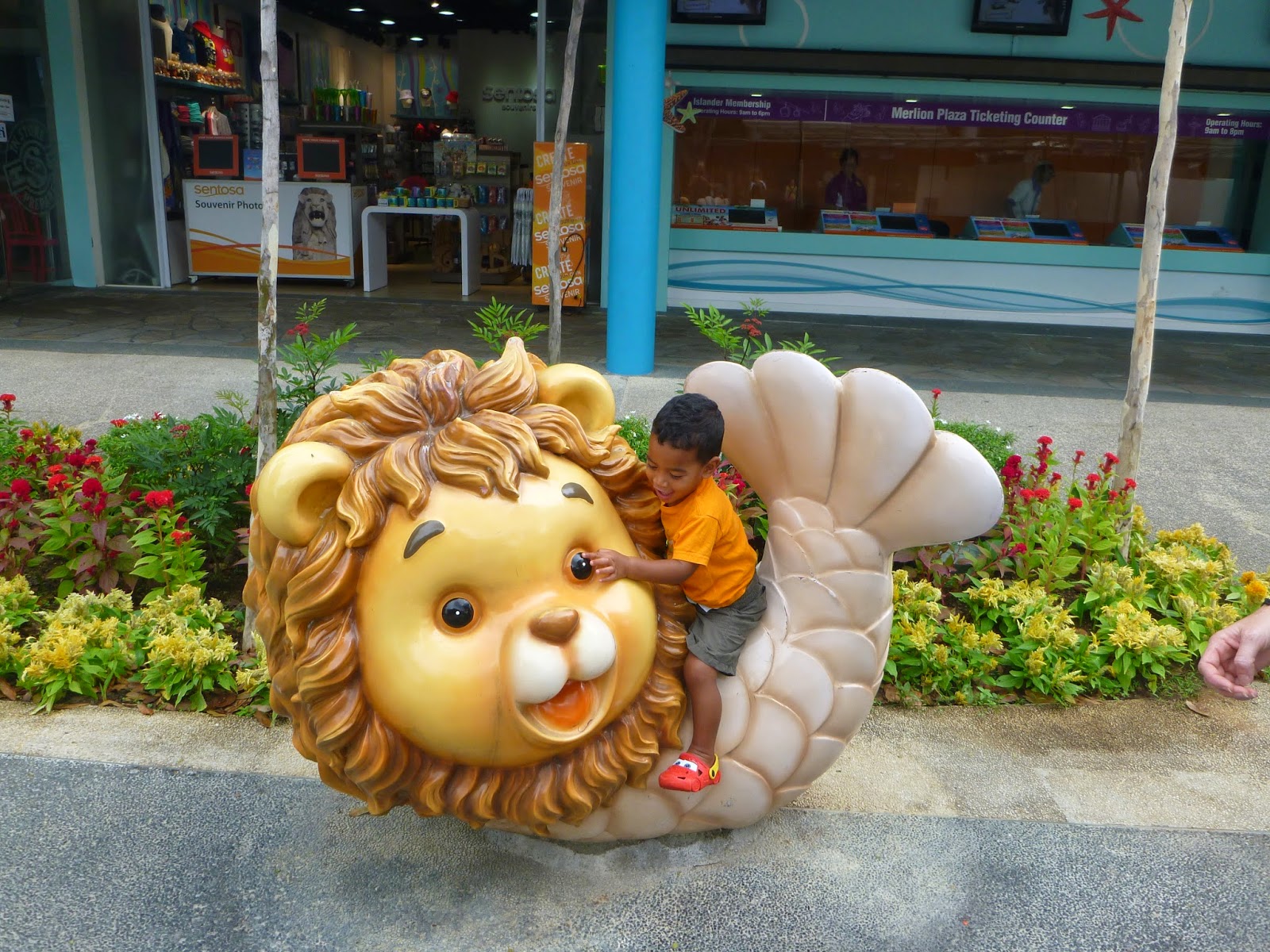 We rode the flying dragon three times and saw the two shows in Far Far Away and then went back to Madagascar for the merry-go-round and the water tunnel ride. 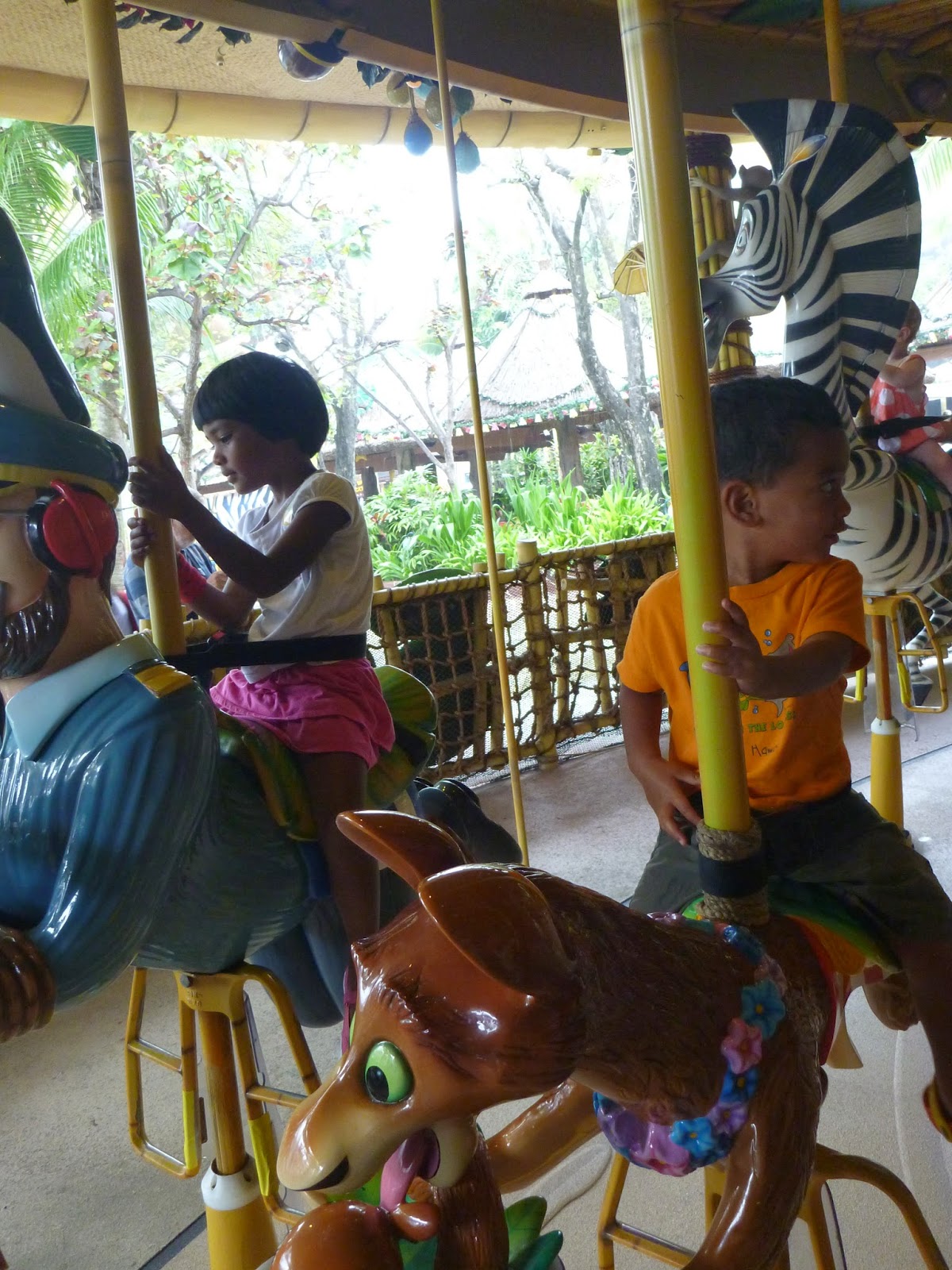 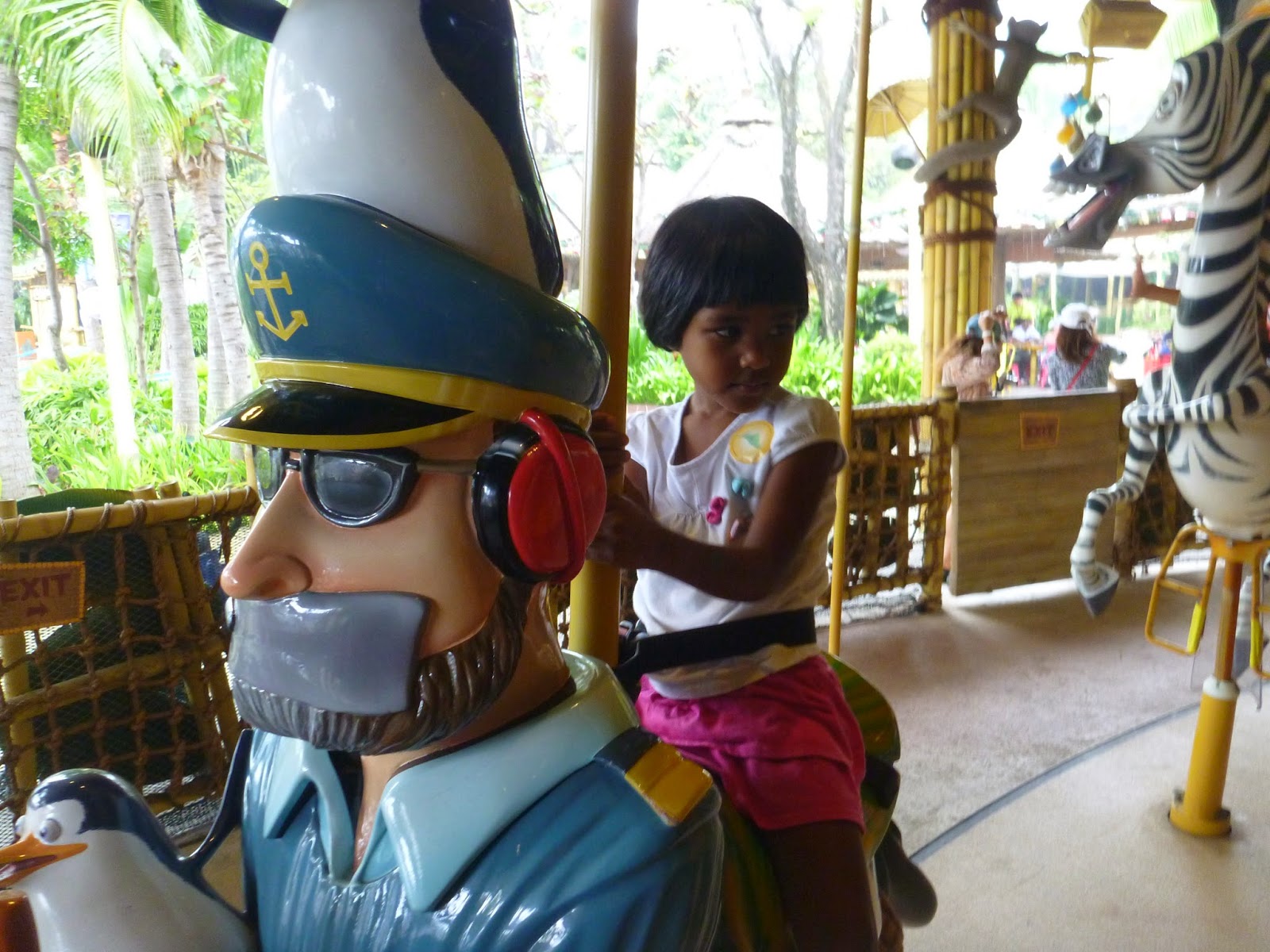 Sky says "It's okay, but it's not flying dragon" 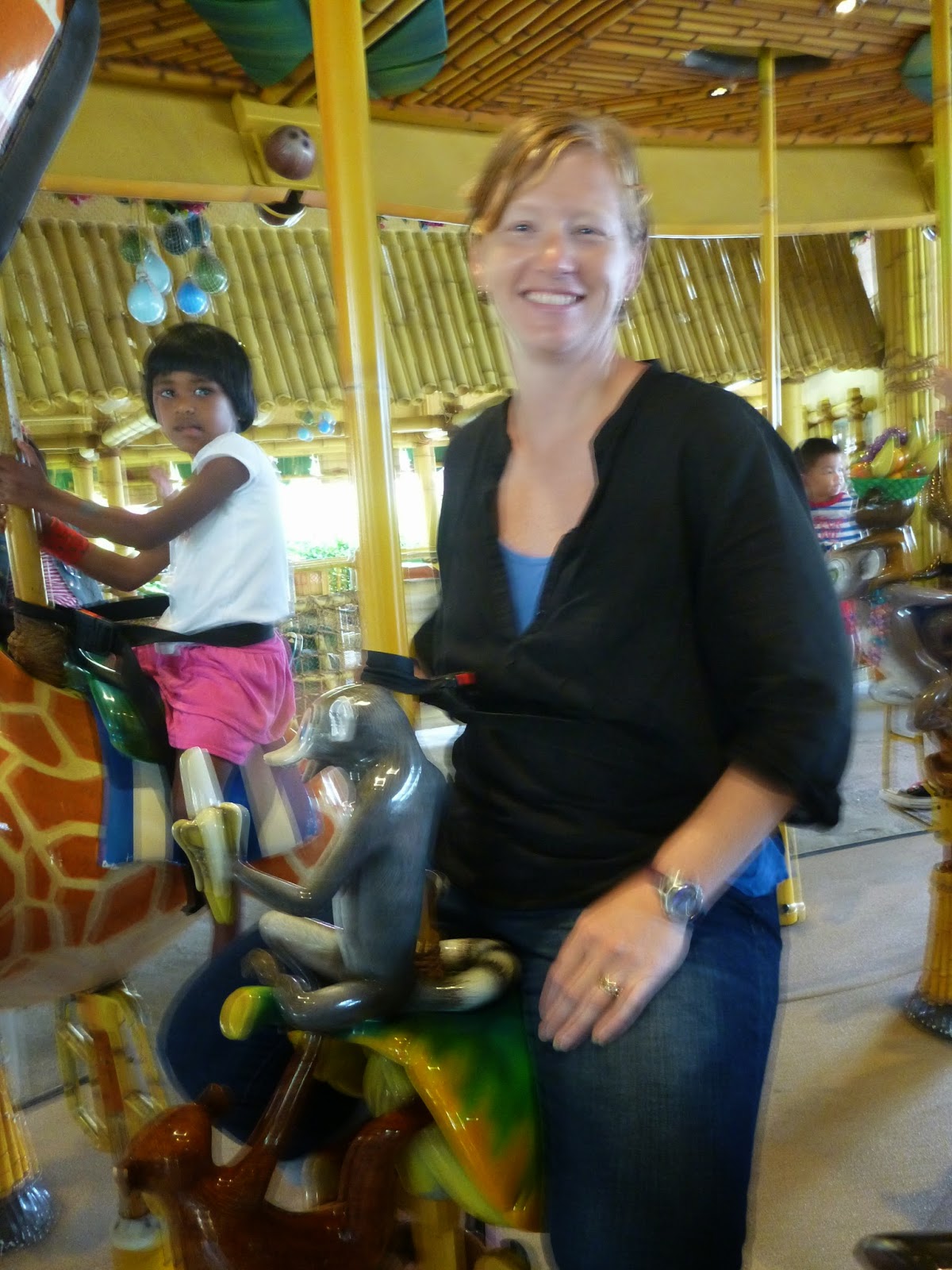 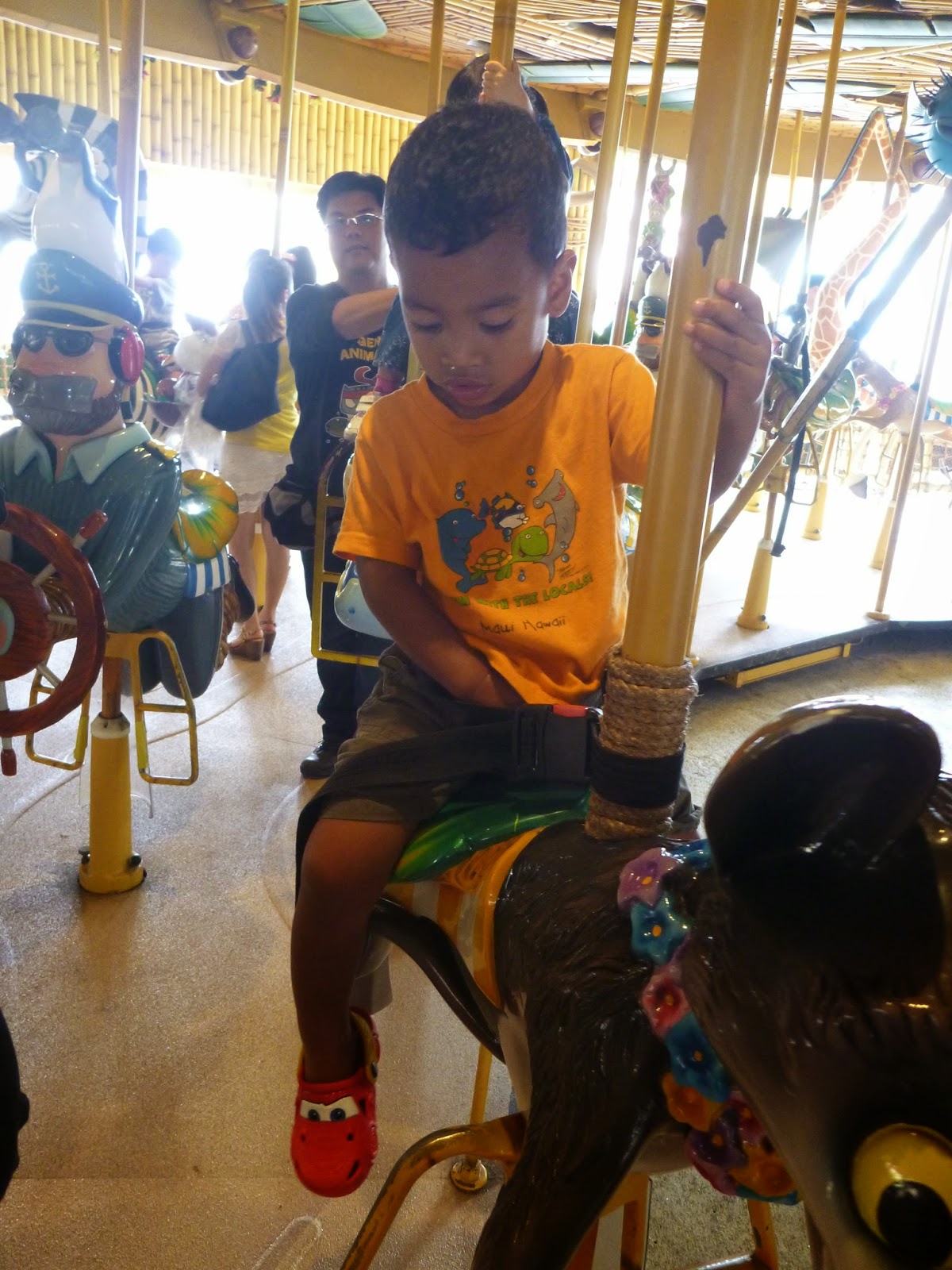 After lunch we walked over to Jurassic Park.  D and Sky rode the flying dinosaurs and I stayed with Fire while he napped ... 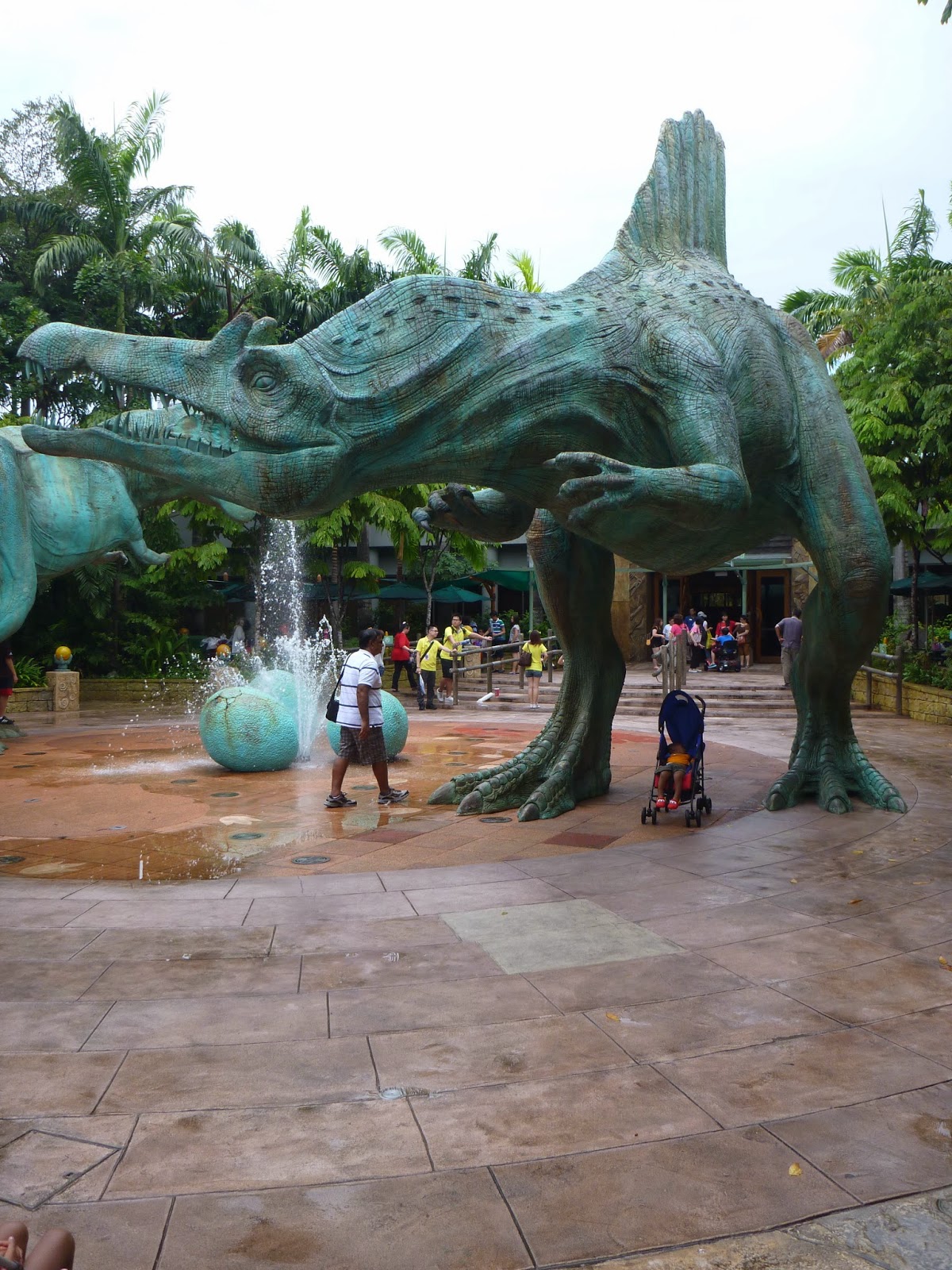 under a dinosaur!  Wow, that kid will sleep through anything!

We made one more stop back in Far Far away to ride the flying dragons again and the small Ferris wheel in the Fairy Godmother's store.  Sky got to meet the Fairy Godmother but was a little sad about not being able to meet Fiona (it was rainy and the big characters weren't out). 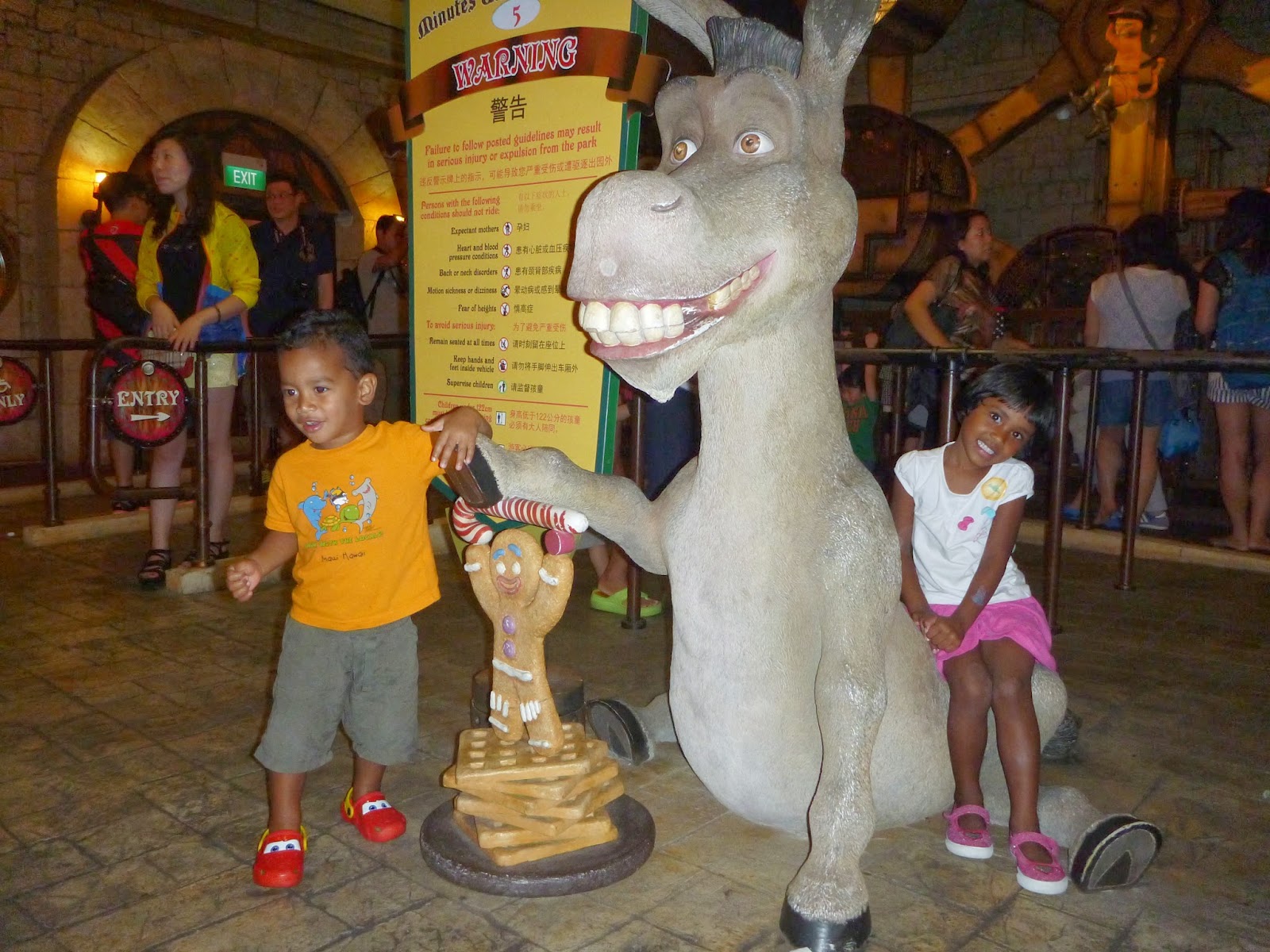 The kids were doing so well that we decided to try the aquarium.  They loved seeing the fish but were having trouble focusing on one thing after running around in Universal Studios.  We eventually corralled them in the main tank viewing room and just sat and watched the fish for a little bit. 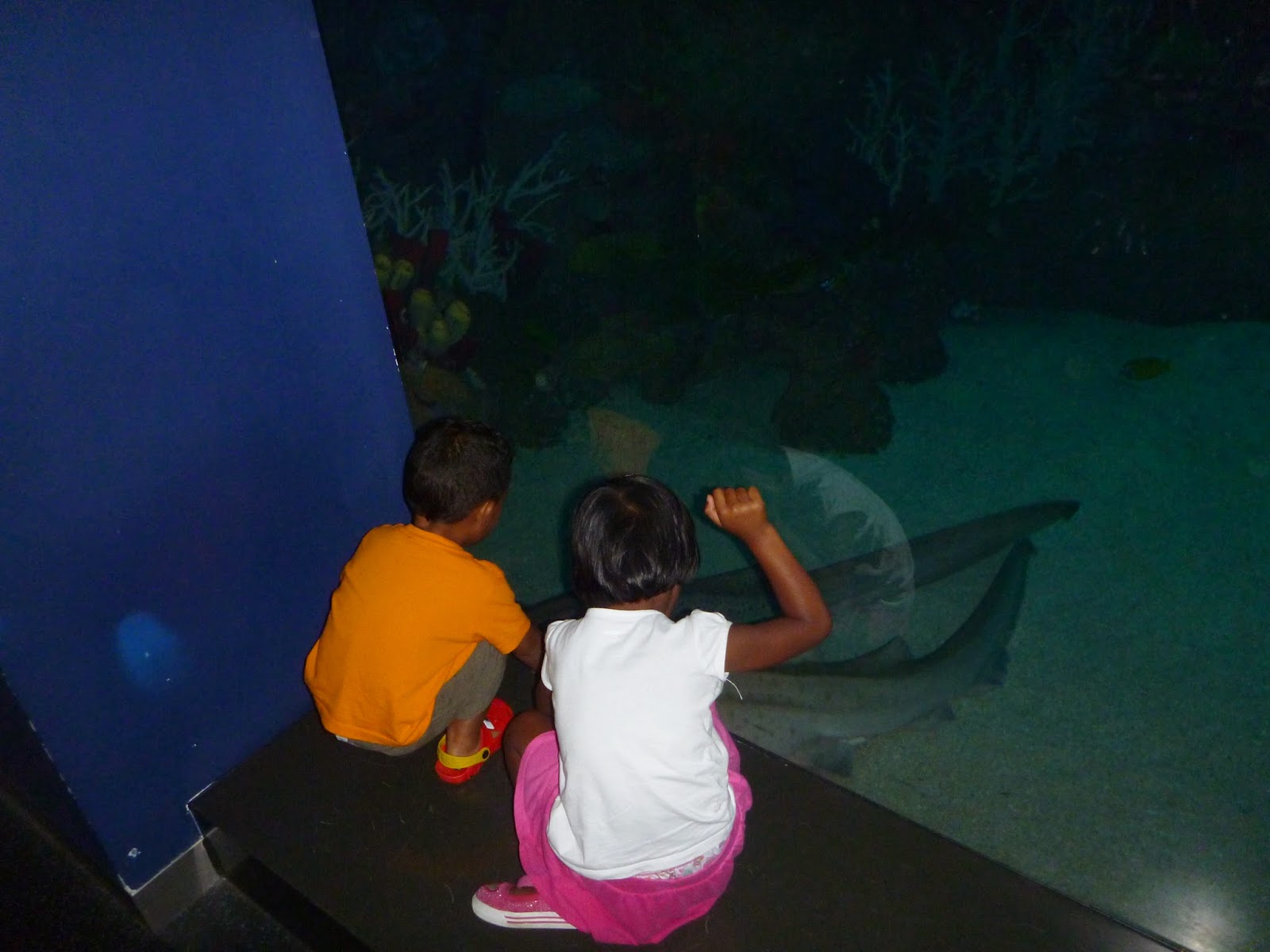 And of course, they tried to pet the sharks.

We had dinner at the Hard Rock Cafe before catching the cable car back to the city.  It was a wonderful, amazing, super fun day.  The kids were champs through it all and it was so great to be able have that kind of day with them.  Tomorrow is our last day here in Singapore (how did that happen?) and we're heading to the zoo one more time for breakfast with the animals.  We fly to Malaysia tonight and then head out for some jungle camping.
Labels: Family Singapore
Location: Singapore