Thoughts on Traveling with a Two-Year-Old

Thinking of taking your two-year-old on vacation? Avoid it at all costs!﻿ 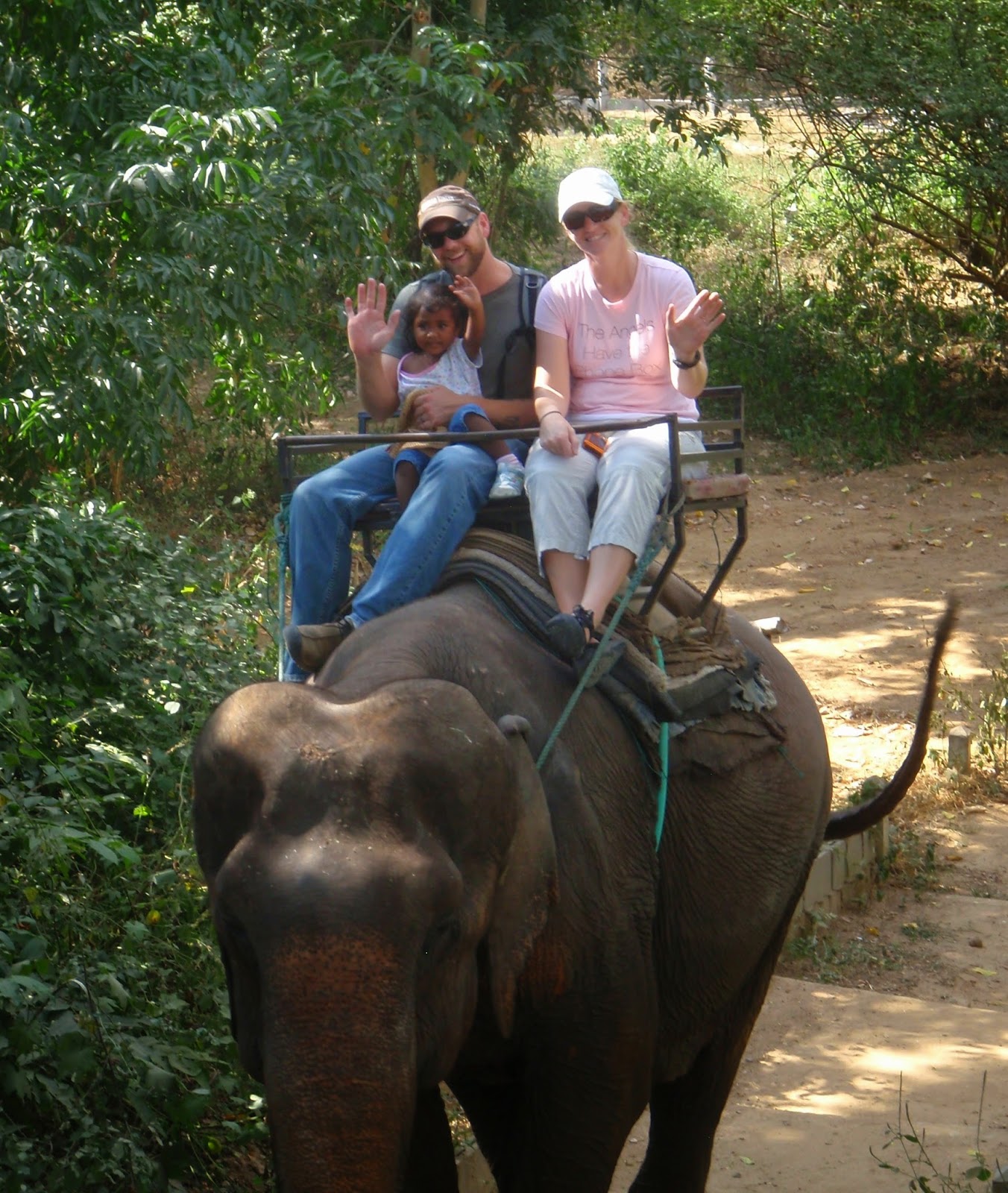 Just kidding!  In retrospect it wasn't that bad and it could have been way worse than it was.  As with everything, there were times when Sky was good and enjoyable to be with and there were times when she was being a little terror.  I think the best way to do this post is as a lessons learned review:

1: Sky did much better when she was with both of us.  Unsurprisingly, she prefers us as a family and is happier when we're all together and when she's happy, she's less likely to misbehave or be difficult.  Plus, if she is difficult, there are two us to deal with it.

2: Sky did much better when she had a bit of a schedule.  When we were in Bangkok, I tried to establish a schedule for her.  We'd go to the park or the play area at the hospital once a day, usually in the morning, so that she could interact with other children and get out some energy.  I tried to get her to nap at the same time every day and after nap time, we would go somewhere, usually somewhere picked specifically to be interesting to her: the aquarium, a movie, that sort of thing.  We tried to feed her and put her to bed on a regular schedule to, which helped with everything else.

3: Don't over-do things.  I would only attempt one activity a day.  Sky wouldn't have had the patience for a museum, two temples and another museum all in one day.  One day was the zoo, one day was the aquarium.

4 :Be prepared to call it a day if you need to.  Towards the end of the trip, I tried taking Sky to a movie in the afternoon and she wouldn't sit still for it.  The tickets hadn't been cheap and I didn't want to leave but we did.  Sky wasn't down for watching a movie so we left.  It turned out what she was down for was riding escalators and luckily the mall we went to was seven stories tall, so we rode up and down the escalators until dinner time.

5: Go ahead and cave.  I'll admit it, we caved to her all over the place.  If she asked for juice, she usually got juice.  We fed her noodles and rice all the time because we knew she would eat them.  If she wanted to watch an episode of "Dora the Explorer" on the ipod, we usually let her.  If she wanted to be held, we picked her up. Now that we're back, we're having to re-establish some limits but while we were on vacation, those battles didn't seem worth fighting.  Having to fight them wasn't fun for us either and made the vacation less enjoyable.

6: For plane trips, pack lots of little distractions and don't count on cough medicine.  Sky actually did pretty well on our airplane flights.  She usually played nicely on my lap or slept.  The main problems I had on planes were because she was lap-riding which means that we just didn't have a lot of space.  If you can afford it, I would buy a seat for a child, even if they qualify for lap-riding.   And no, cough medicine doesn't always put kids to sleep.  Believe me, I tried it.  Both times we gave Sky cough medicine, she ended up wound up and cranky.  Try to schedule your airplane flights during nap time or over night and if you can't do that, see lesson number 4.

Those six simple things made our trip to Thailand, our first vacation as a family of three manageable and enjoyable.  Have you traveled with young children?  What do you do to get through? 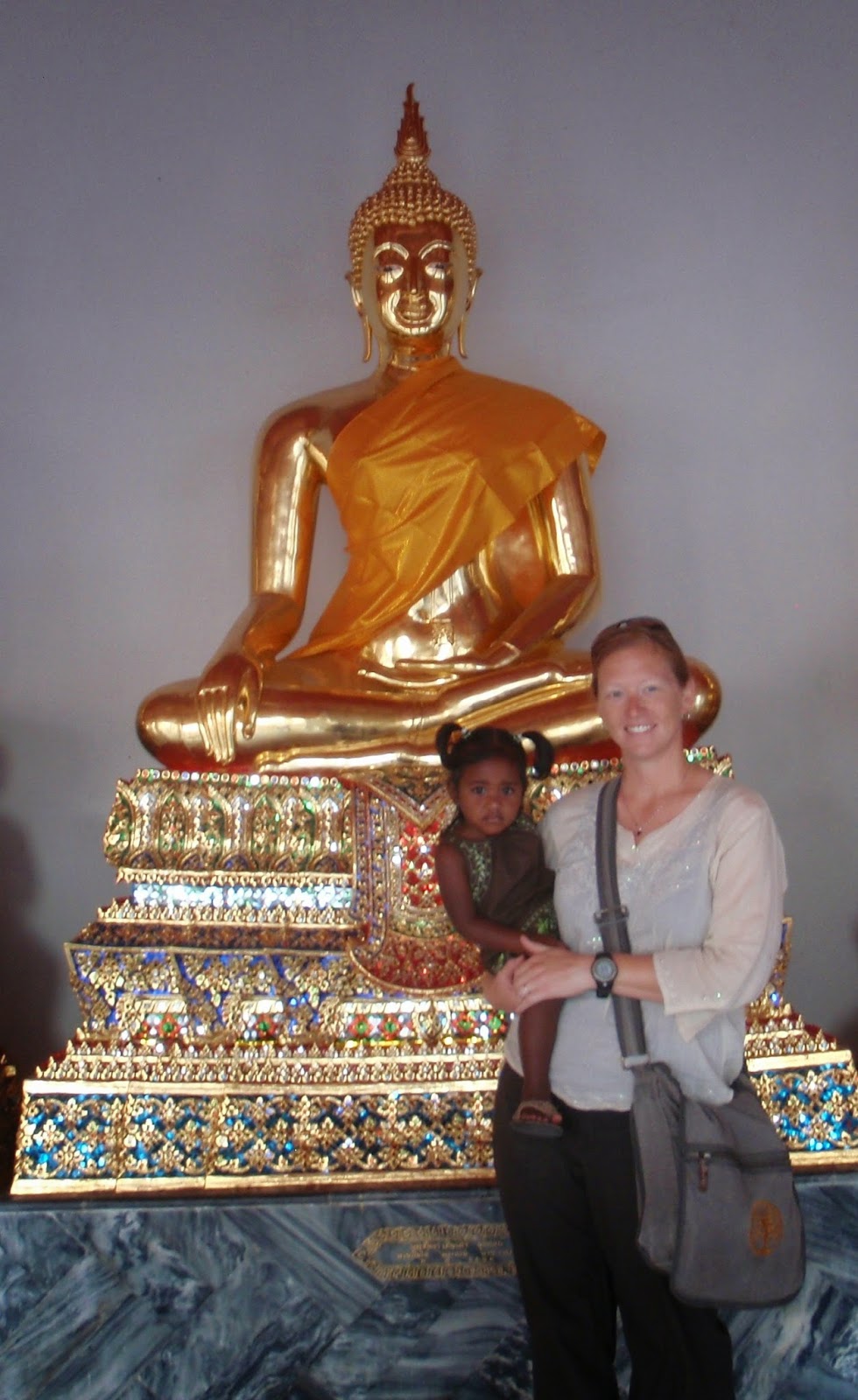