So far, this vacation isn't what we expected but it's exactly what we needed.  A lot of D's time has been taken up with tests at the hospital and Sky and I have been taking it easy around the city.  As far as D's medical situation goes, they've decided that he doesn't need the surgery he actually came here for and are doing tons of tests to try and find the real cause for his abdominal pain.  I'm very impressed with the hospital and the fact that they actually seem to care about D's health.  They've done x-rays, cat scans, endoscopy's and lots of blood tests.  D has a few more tests scheduled for today and then hopefully we'll have some answers.
Sky and I have been spending our early mornings at Lumpini park, a fabulous park in the middle of the city with a lake and jogging paths and a nice, big playground.  Sky has a great time there and it's nice to be able to just let her run.  We've also gone to an aquarium (Nemo!) and the zoo and today we're going to a children's discovery museum.
So we're not doing the usually tourist thing, going to temples and the like and we don't have too much bragging rights as far as food goes, because we actually have had chicken nuggets here (sometimes, you just need to feed a kid something you know she'll eat!) but we're having a really good time.  We really enjoy the city and Bangkok has a much mellower feel than anywhere we were in Japan.  The weather has been perfect and we haven't run into any scams.  Everyone stares but we expected that and the stares are curious without really seeming judgemental.
There are so many more things I'd like to post about: travel with Sky, the food, how to go on a date with a baby and the fact that Sky looks Thai, sort of.  Oh, and sweet Thai coffee.  That stuff is so amazing it'll probably get it's own post, but without further ado, some pictures: 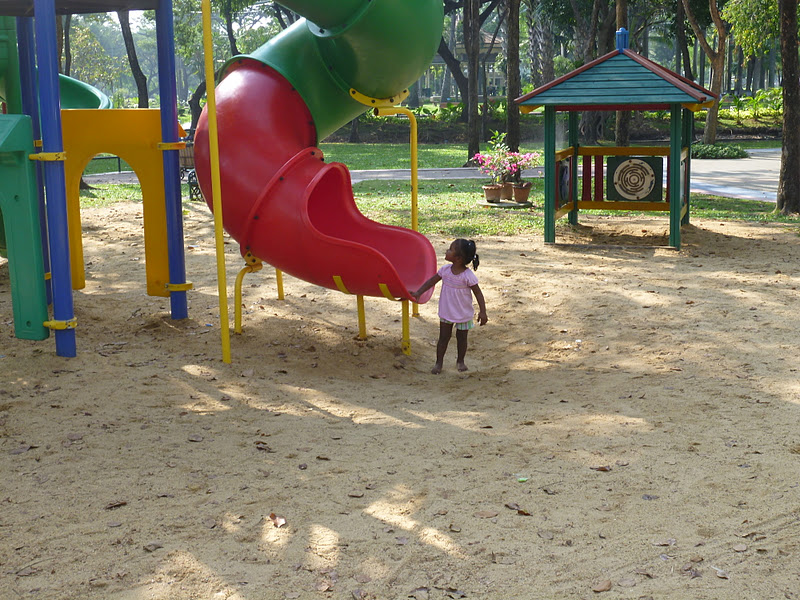 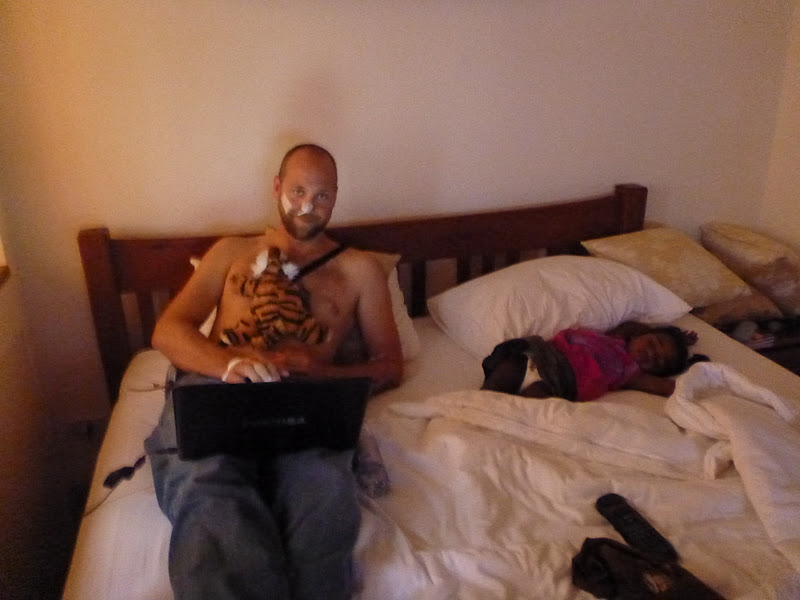 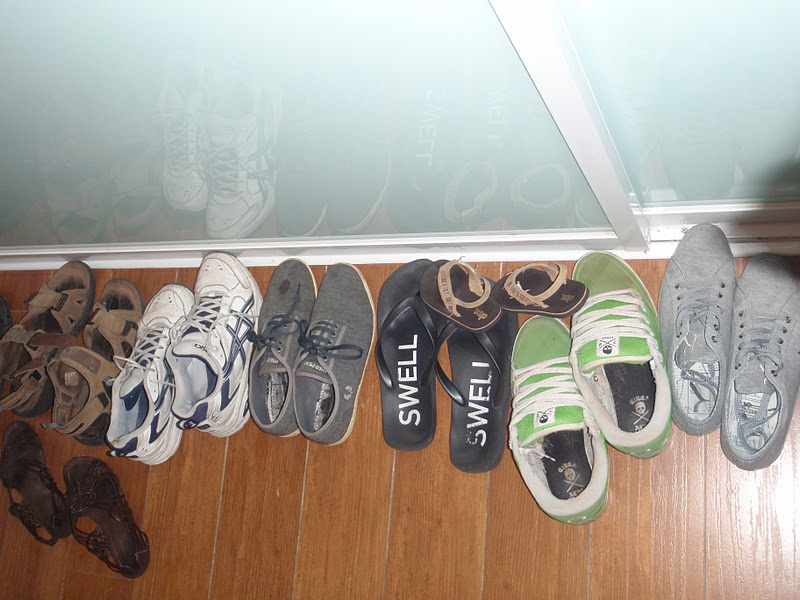 Look at those tiny little shoes! 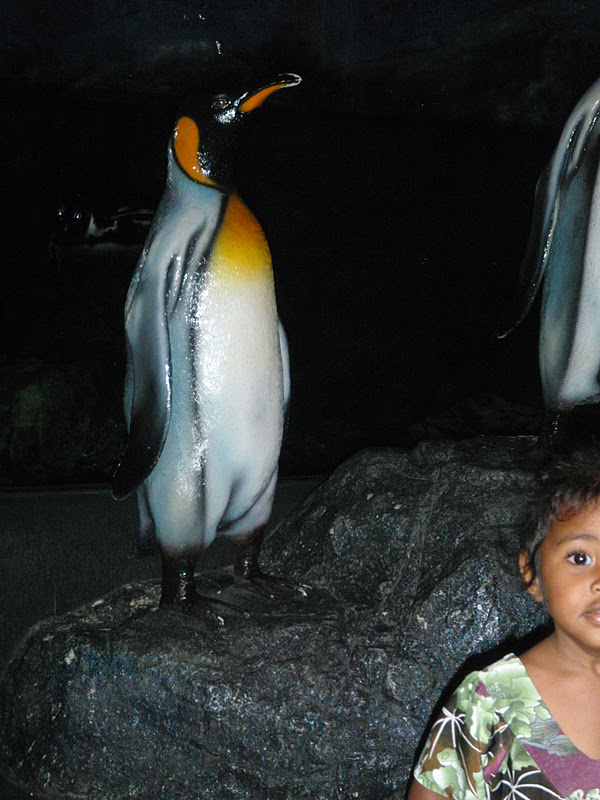 Nope, she's not going to stay still for a picture with those penguins 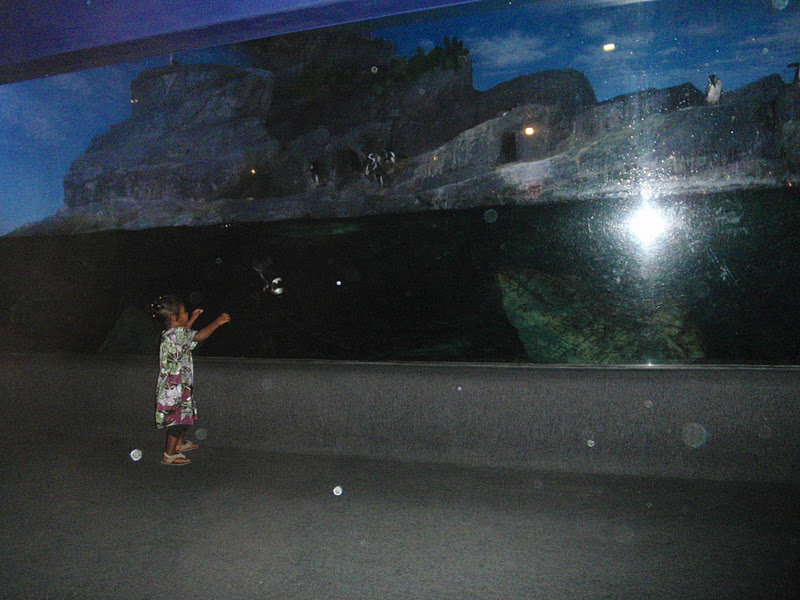 Chasing penguins at the aquarium 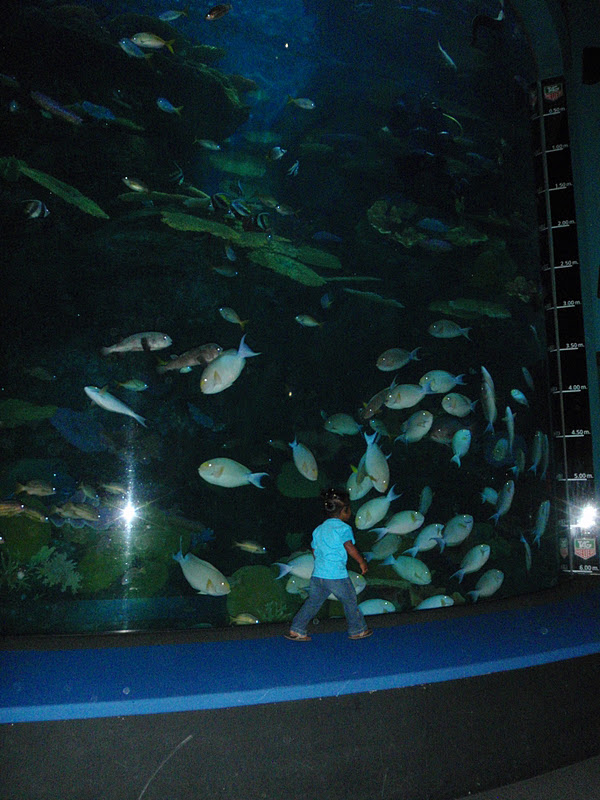 Chasing fish at the aquarium 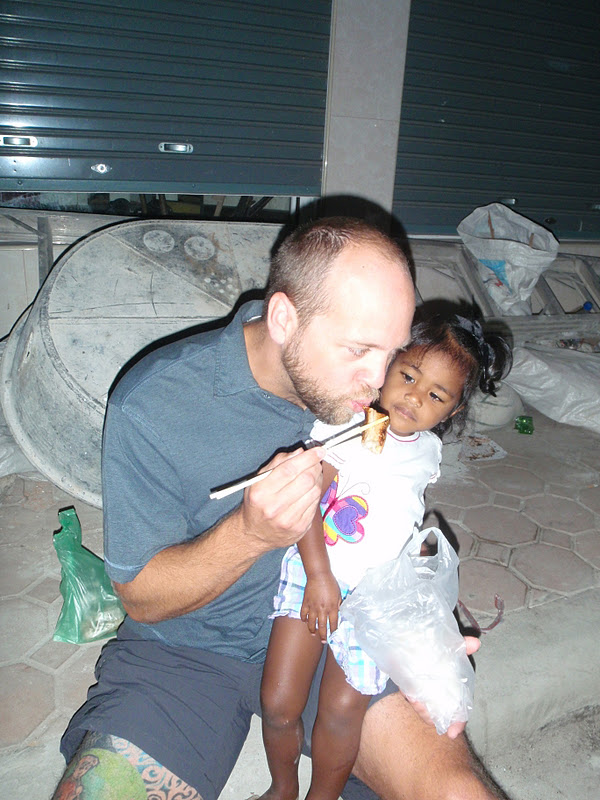 Eating breakfast on the street with Daddy 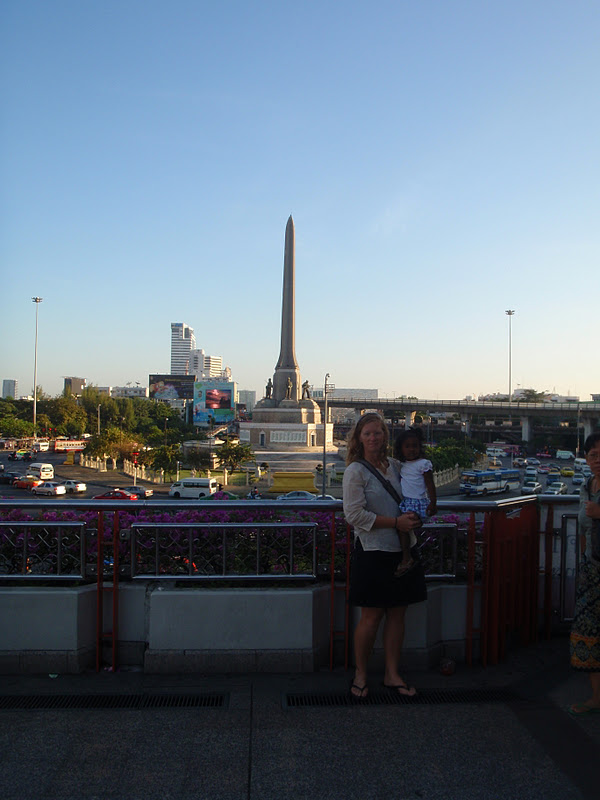 At the Victory Monument with Mama 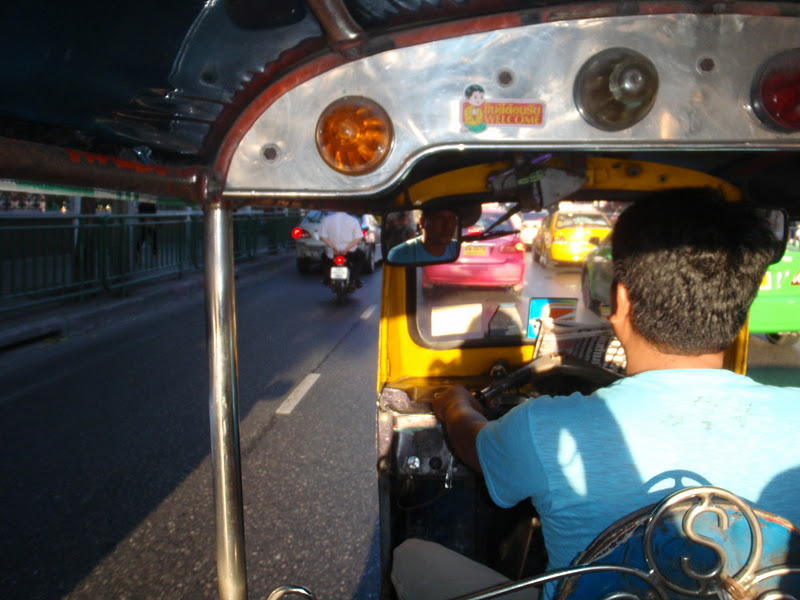 Riding in a Tuktuk 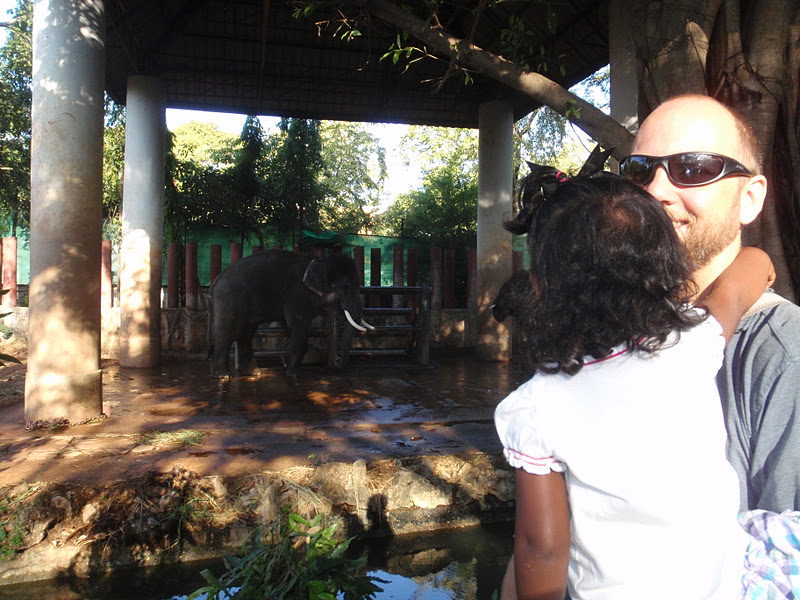 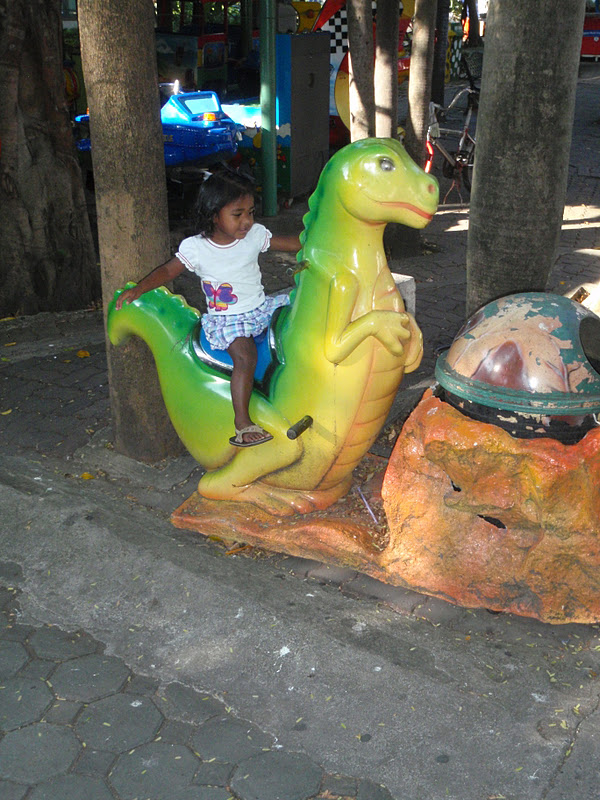 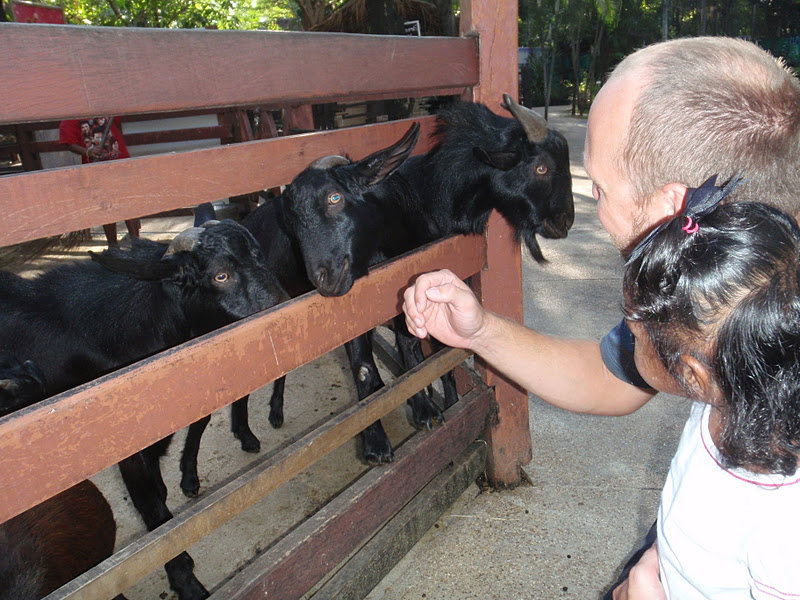 She was scared of the goats 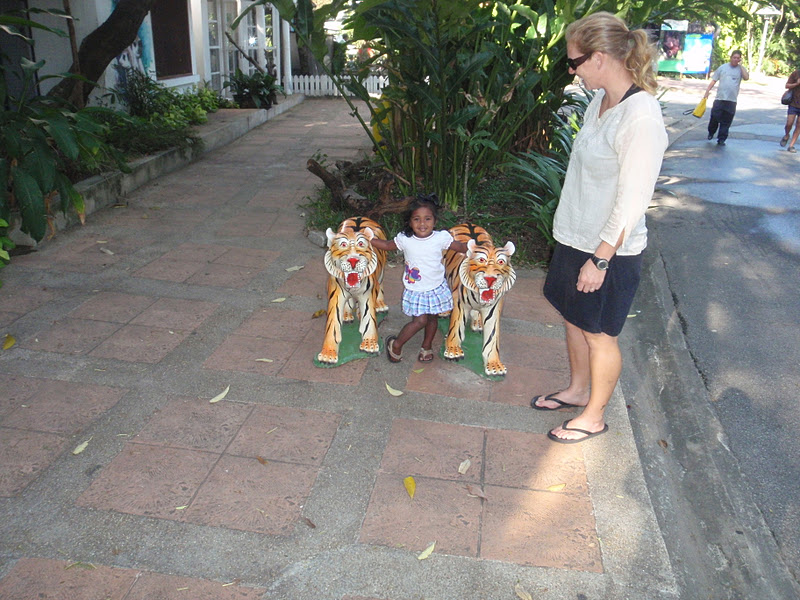 but these tigers were okay. 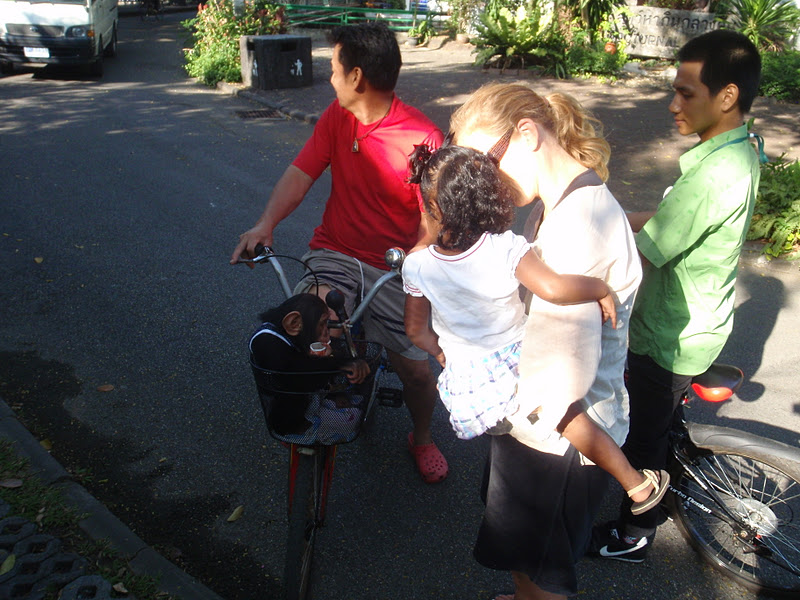 This guy was just riding around the zoo with a monkey in his bike basket (a monkey drinking coffee...) 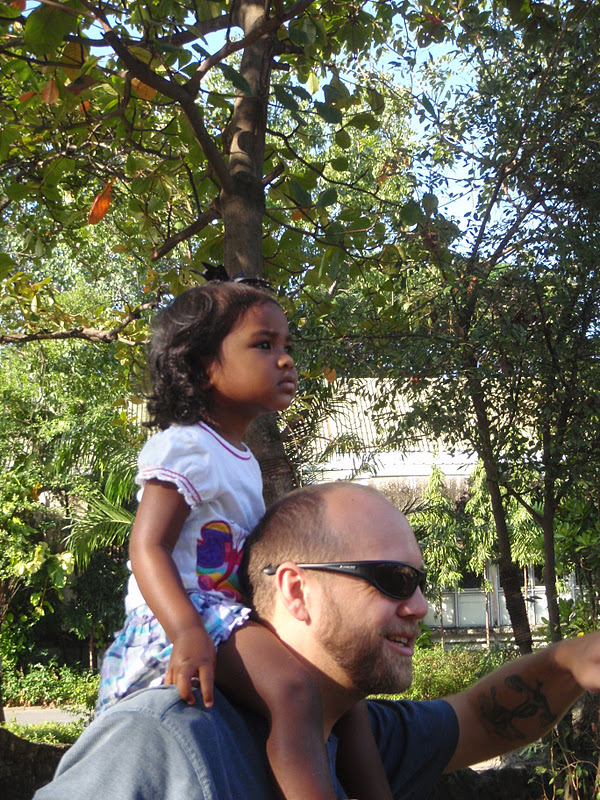 This was Sky's face for most of the day- just amazed. 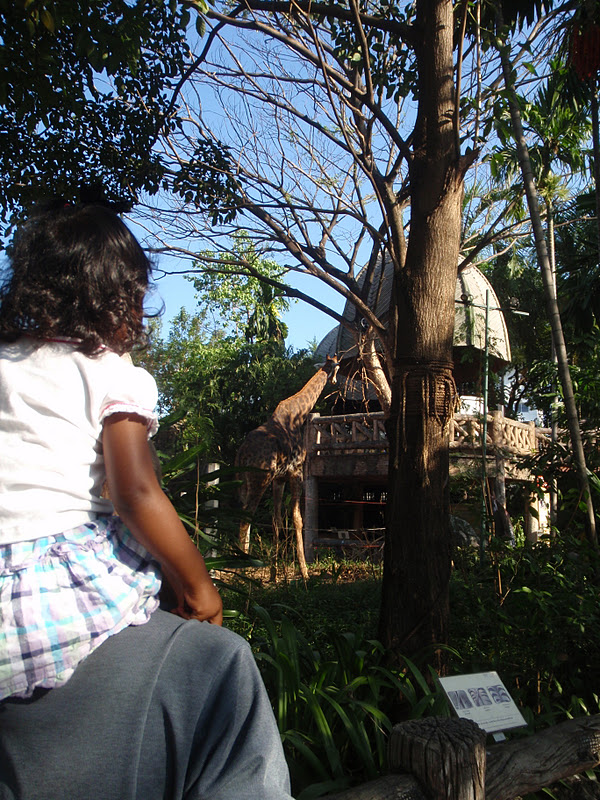 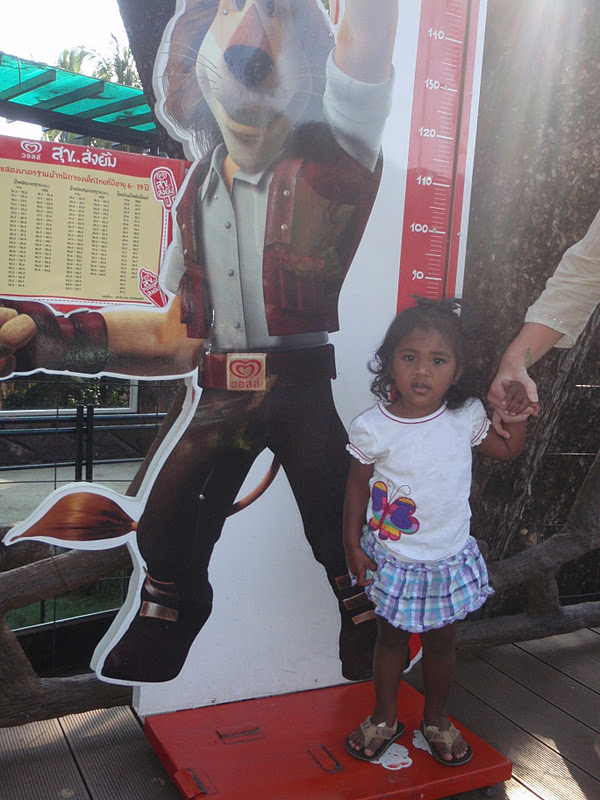