On the night of the 5th, we went to Sanam Luang to see the celebrations for the King's 84th birthday.  We'd watched some of the parades on TV and were excited to see what was going to happen that night.  We'd been told that in light of the recent flooding and the King's poor health, it was going to be more subdued than usual but that it would still be worth seeing.
There were lights in the trees and forming pergolas over the street.  There were lots of vendor tents set up and the streets gradually filled up with people.  We ate and window shopped for a while and then followed the crowds to the walls outside Wat Phre Khao where people were lighting lanterns and releasing them to the sky.  I've never seen lanterns that big before and the sky was full of them- I don't think we got a good picture of them but it was pretty amazing to see.  There were a lot of people and Sky was getting pretty tired so we didn't stay too late but we're really glad we went.  Happy 84th Birthday, Your Majesty! 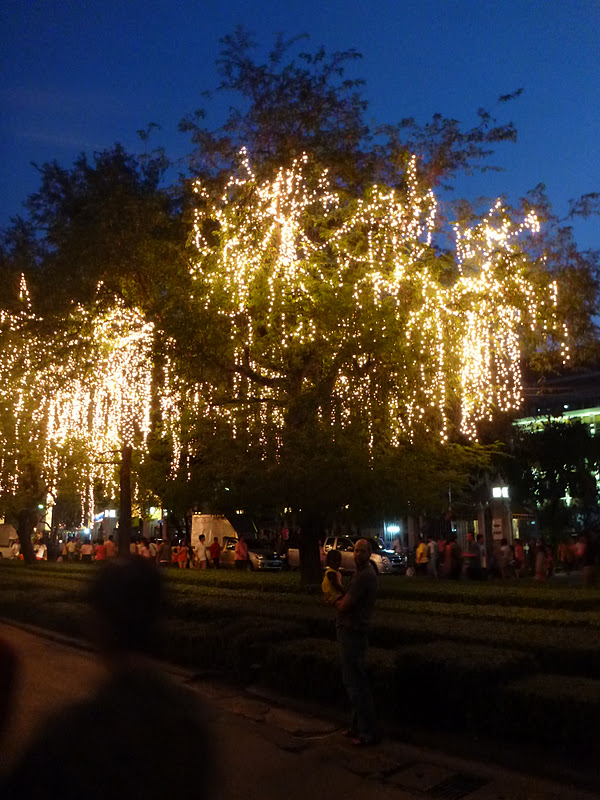 D and Sky with the lit-up trees 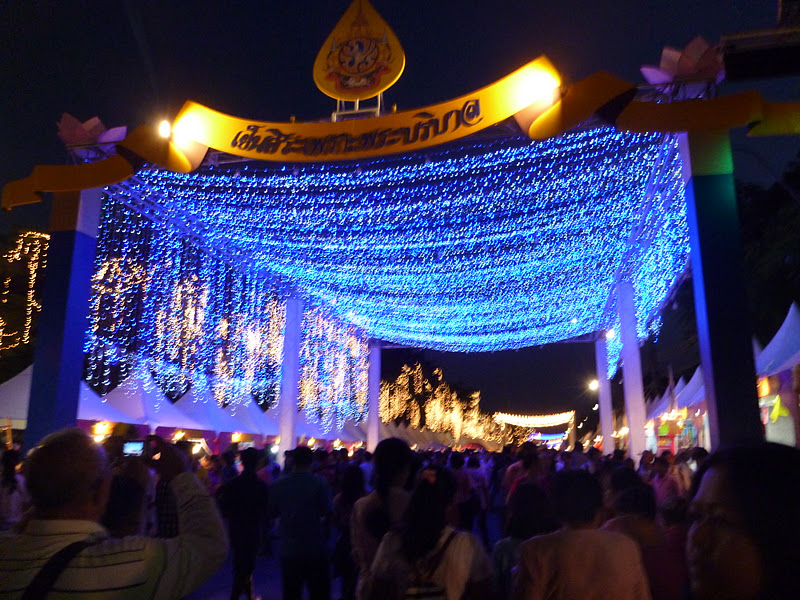 One of the light pergolas over the street 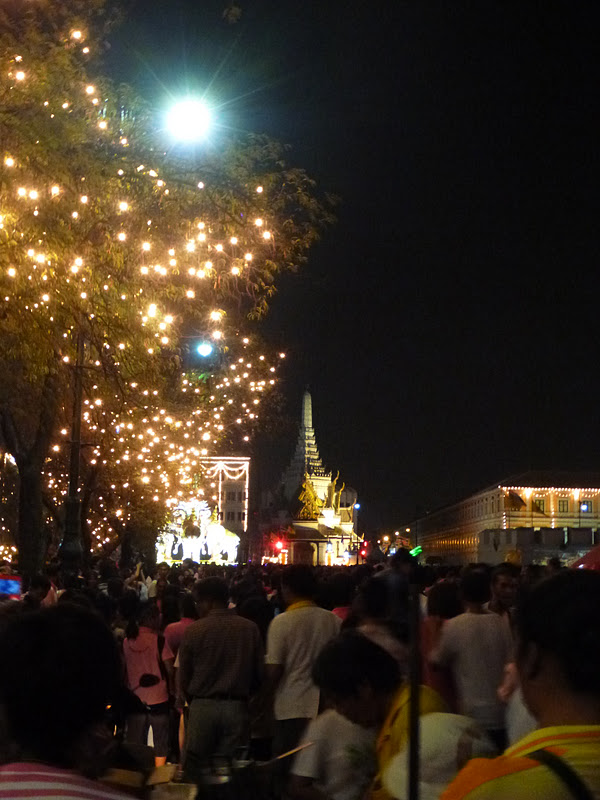 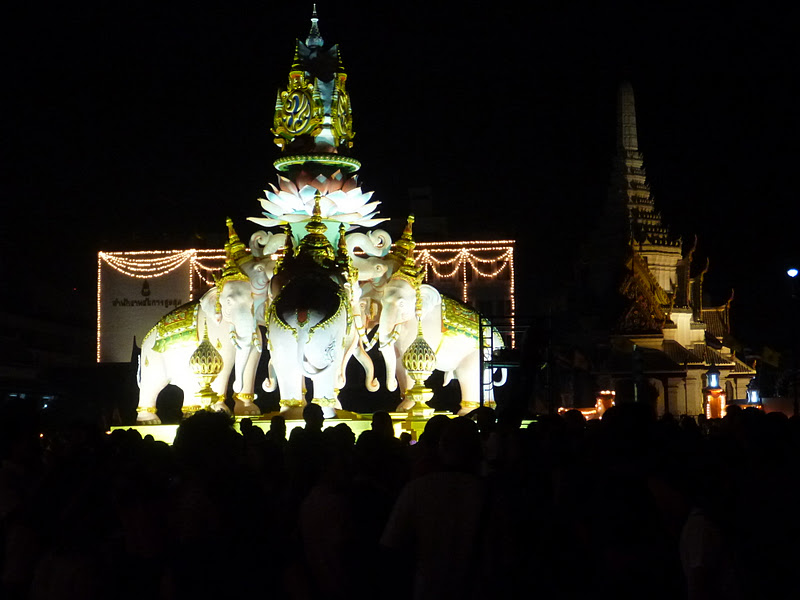 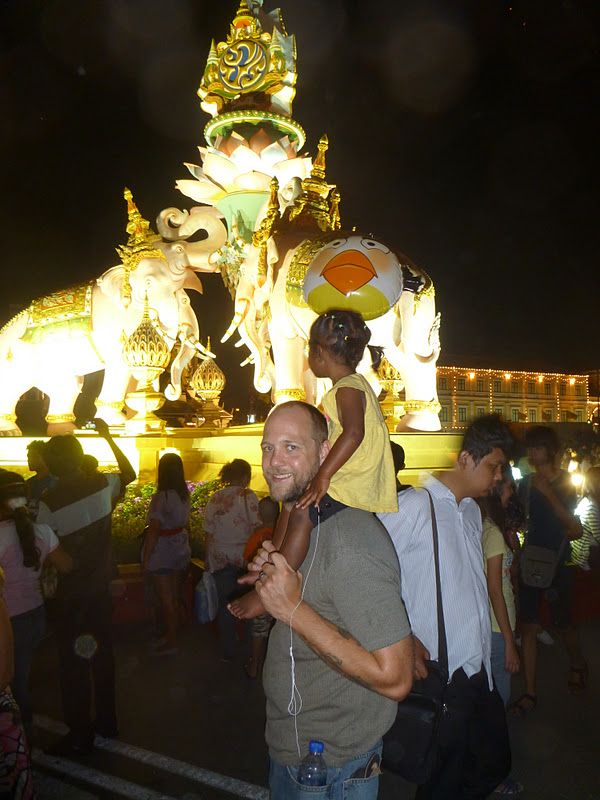 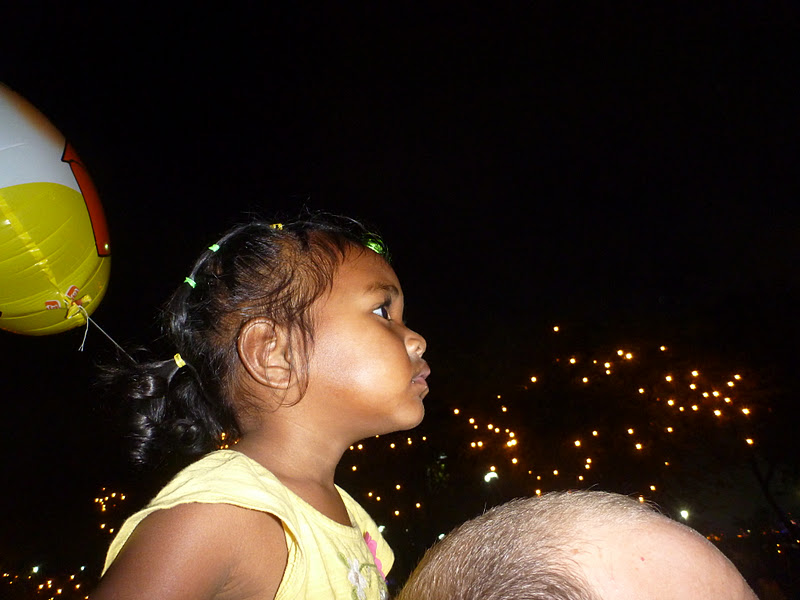 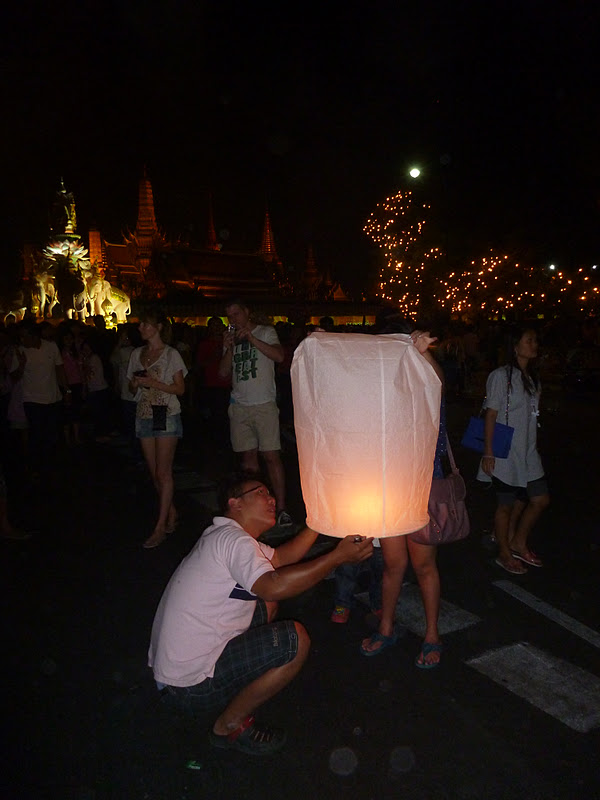 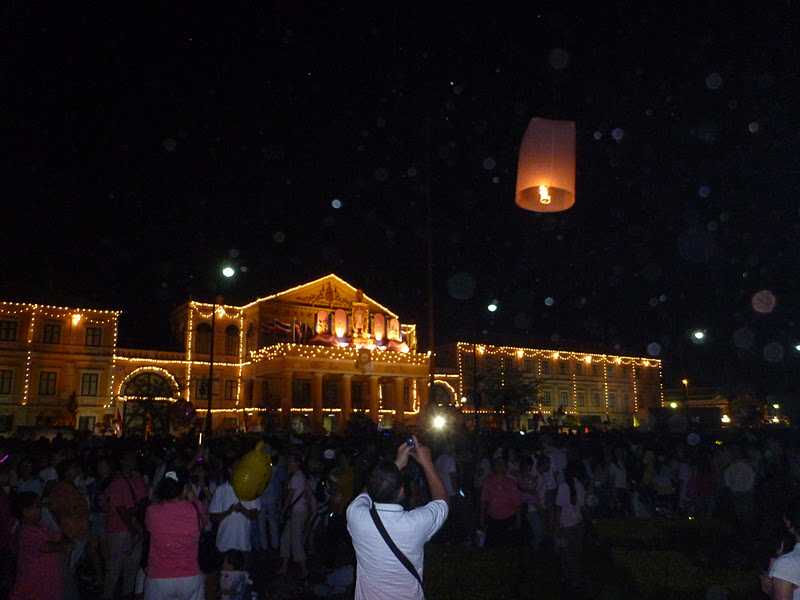 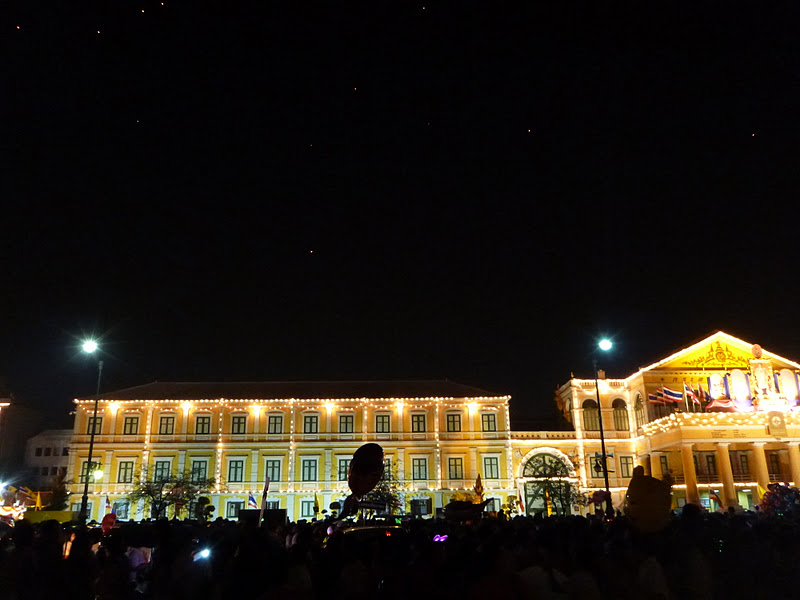 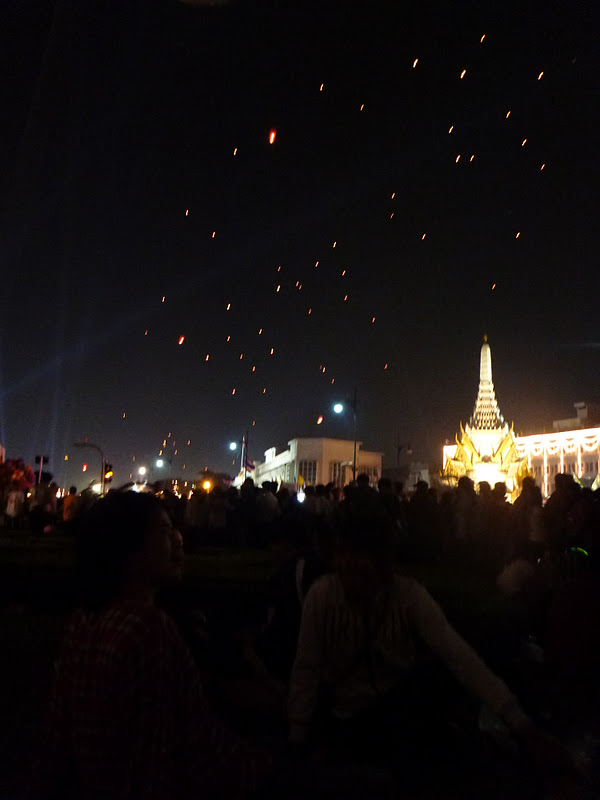 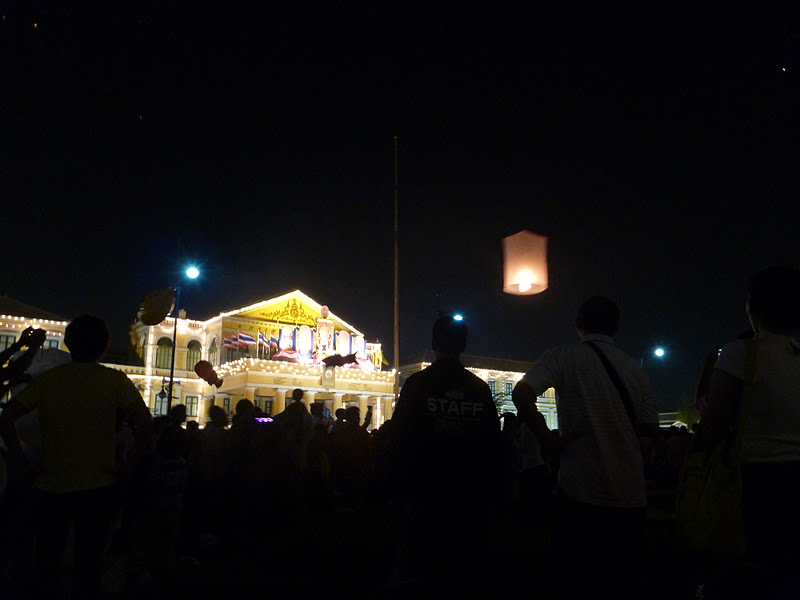