Motorbikes and the Bridge on the River Kwai

Between tour days we scheduled ourselves a day off to loaf around the hotel and spend some free time in town.  D took a taxi into Kanchanaburi and came back with a motorbike for us.  We loved riding our motorcycle so we thought this would be a great way to get around.  Well, it worked for D and I but Sky didn't think much of it!  She didn't like having to sit between us but didn't like the wind and bugs when she rode in front of D and she was getting pretty annoyed with the whole thing by the time we returned the bike a few days later.
We spent a little time tooling around town, visited another railway museum and the war cemetery and then found our way to the Bridge on the River Kwai, the one from the movie (The Bridge over the River Kwai).  Part of it was bombed during WWII but it was rebuilt and used after the war and is actually still in use today.  The metal bridge is the second bridge built.  The first one was wood and kept collapsing.
After a morning in town, we spent the afternoon playing in the pool again and then took the baby to a bar in town.  Yup, a baby in a bar.  We're those people!  Just kidding- they had a special on fish and chips and we were out of there before 6pm. 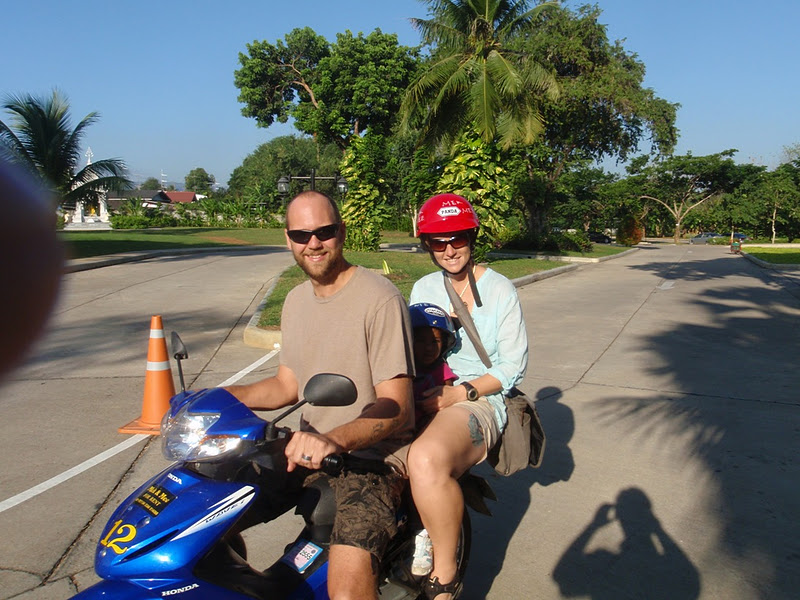 How brave are we?  We're Thai brave!

Seriously, we saw families ride like this all over the place.  I think the record number of family members on a bike I saw was 5, three kids and two parents.
The begining of the Sky vs helmet battle. 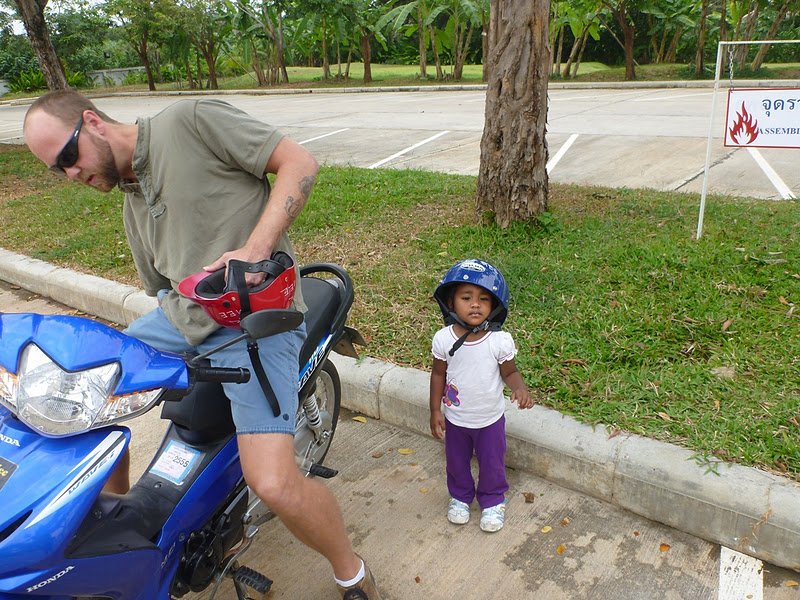 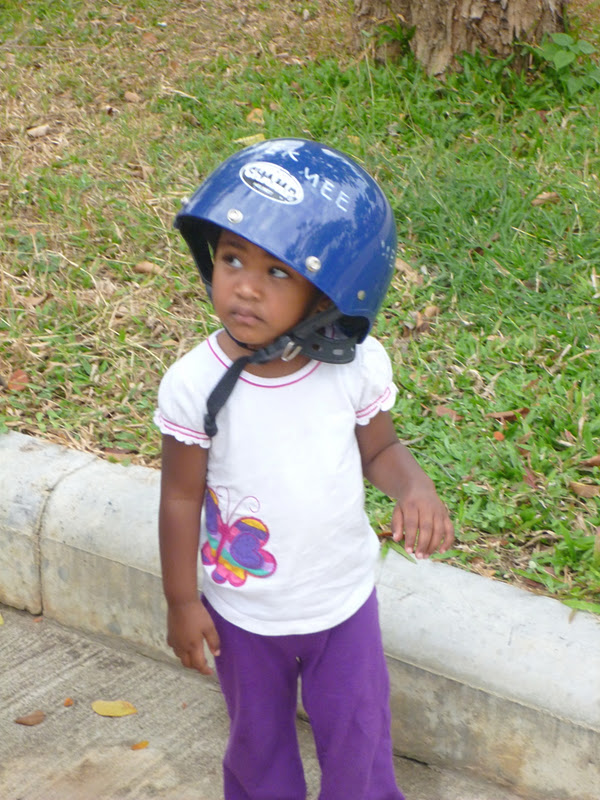 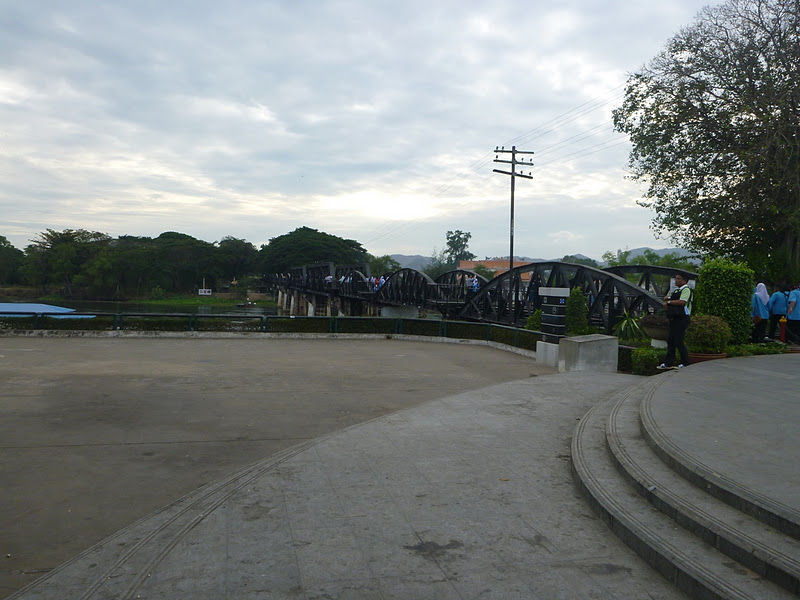 The Kwai river bridge.
The curved spans and the concrete pillars are original and the rest was rebuilt after the war 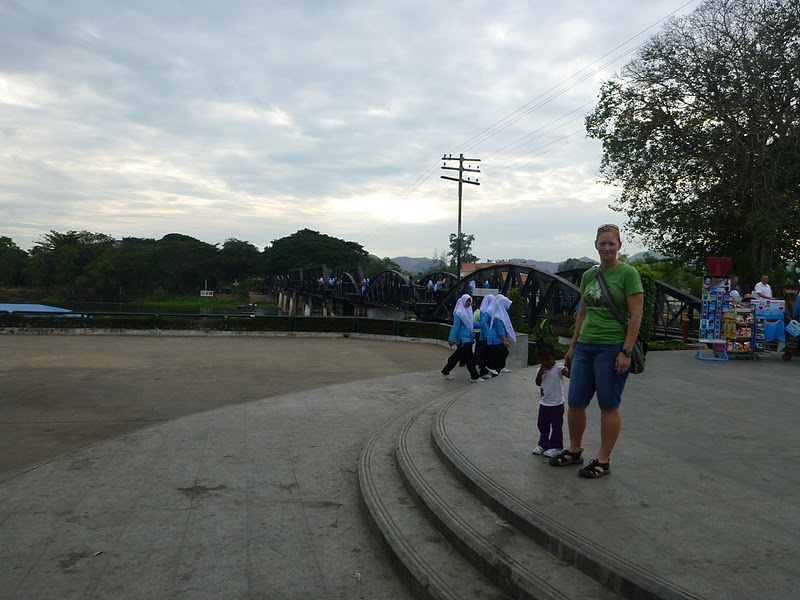 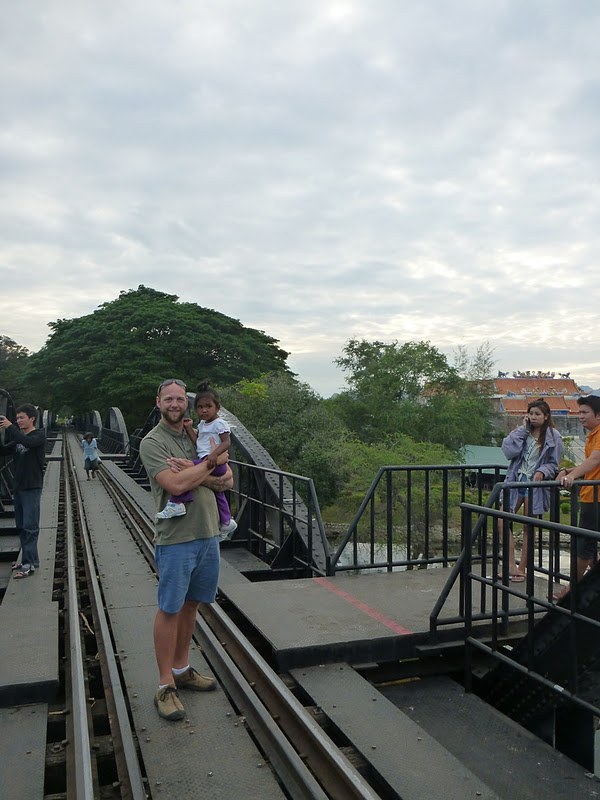 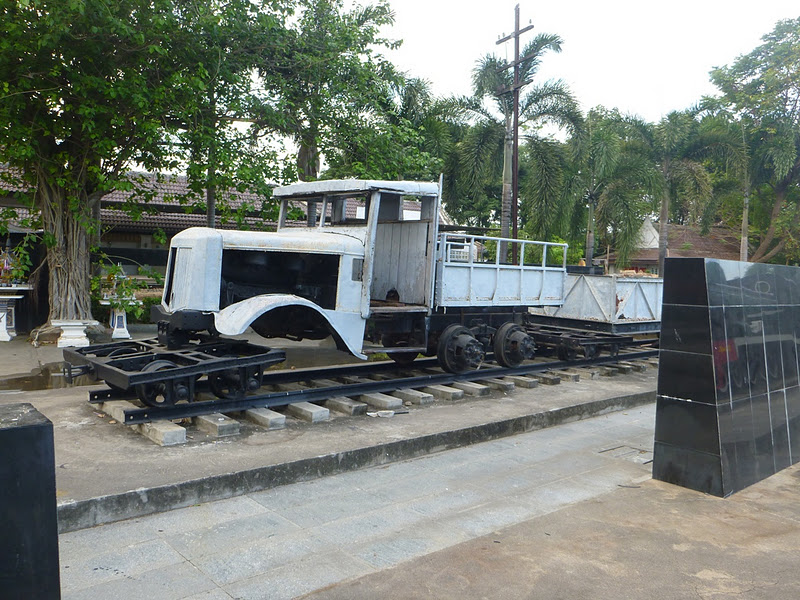 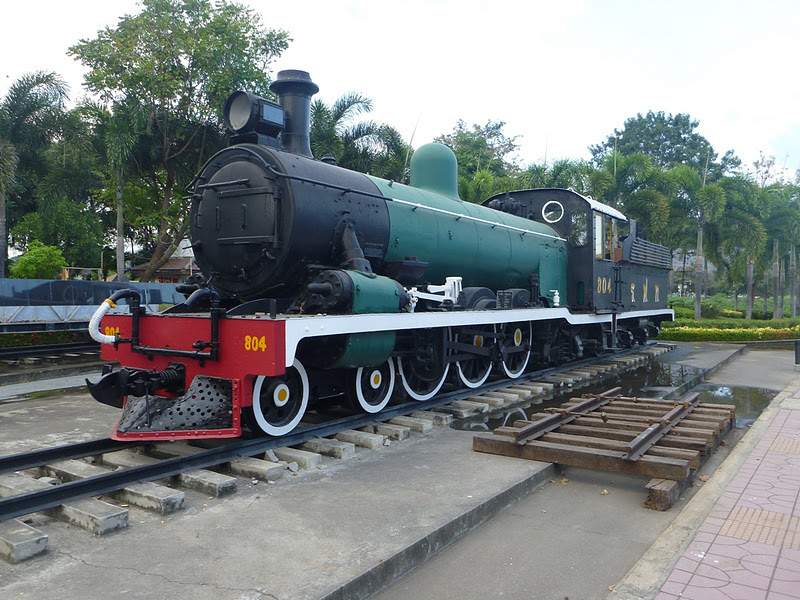 An engine used on the railroad during the war 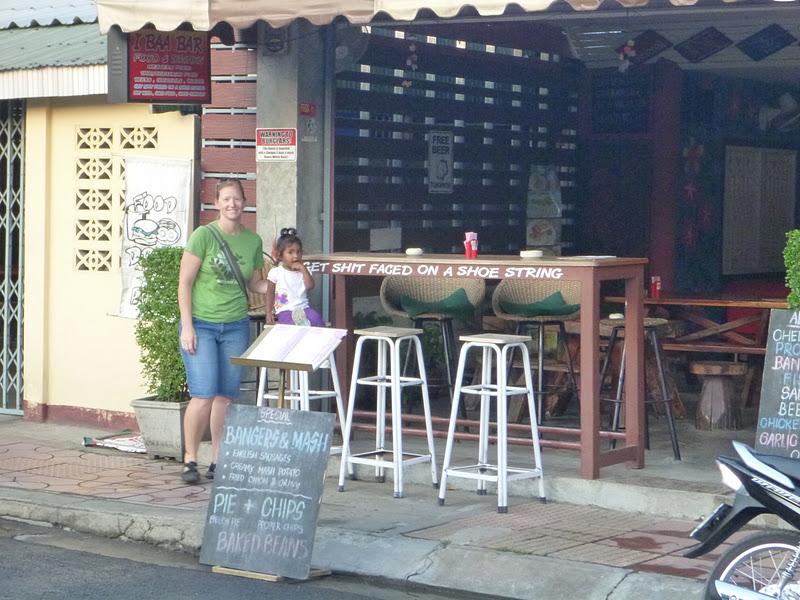