When we arrived on Kwaj after adopting Fire, a Marshallese man we didn't know approached us.  He knew our names and introduced himself as Fire's jimma, his grandfather.  Apparently Fire's birth mother had called him when she didn't see us at the airport that morning (we waited as long as security would let us) and asked him to meet our plane.
He was very nice to us and was excited to meet Fire.  We made sure that he had our phone number and told him to stop by sometime if he wanted to see the baby.  About three weeks ago, I got a phone call from him as I was waking up from a nap saying that he and his wife were at the dock and that she wanted to meet the baby.  I jumped at the chance, got everything ready and raced down to meet them.  Fire's bubu (grandmother) was very sweet and almost cried when she got to hold him.  She said that he looks like one of his older brothers (apparently they'd cared for him for a few years when he was small).

Of course, I was super nervous about the whole thing.  Sky, well, I don't want to share more than she would like me to but I think I can safely say her birth family sadly won't be too involved in her life.  Fire's birth family is a whole different animal.  While his birth parents live on Majuro (an island in another atoll, an hour plane ride away), the rest of his family lives on Ebeye (another island in the same atoll, a 20 minute boat ride away).  One of his paternal uncles works at the airport and another works at the heavy machine shop and his maternal grandfather (Jimma) works at the fuel farm.  Unlike Sky, Fire will have the chance to know his birth family and they'll get to know him as he grows.
I was heading to Ebeye later that same day and Jimma was on the same ferry.  I had Fire with me and he held the baby for the ride and we talked.  I got the impression that Fire's birth parents hadn't told him or his wife about Fire at all, let alone that they were having him adopted and that Bubu and Jimma weren't really happy with the situation.  He interviewed me, not quite a grilling but still very intensely, about our plans for raising Fire and caring for him.  Afterward he seemed a little more okay with it (how okay can you be, really?) and said that it seemed like we really loved Fire and that we all wanted the best for him.   He said that anytime we needed someone to watch Fire, to let them know.
We've always said that one of the great things about doing an "international" adoption here is that the kids will still get to know their birth culture and to know who they came from.  We're really glad that Fire, and hopefully Sky, will have the opportunity to get to know Bubu and Jimma and to know the Marshallese culture through them. 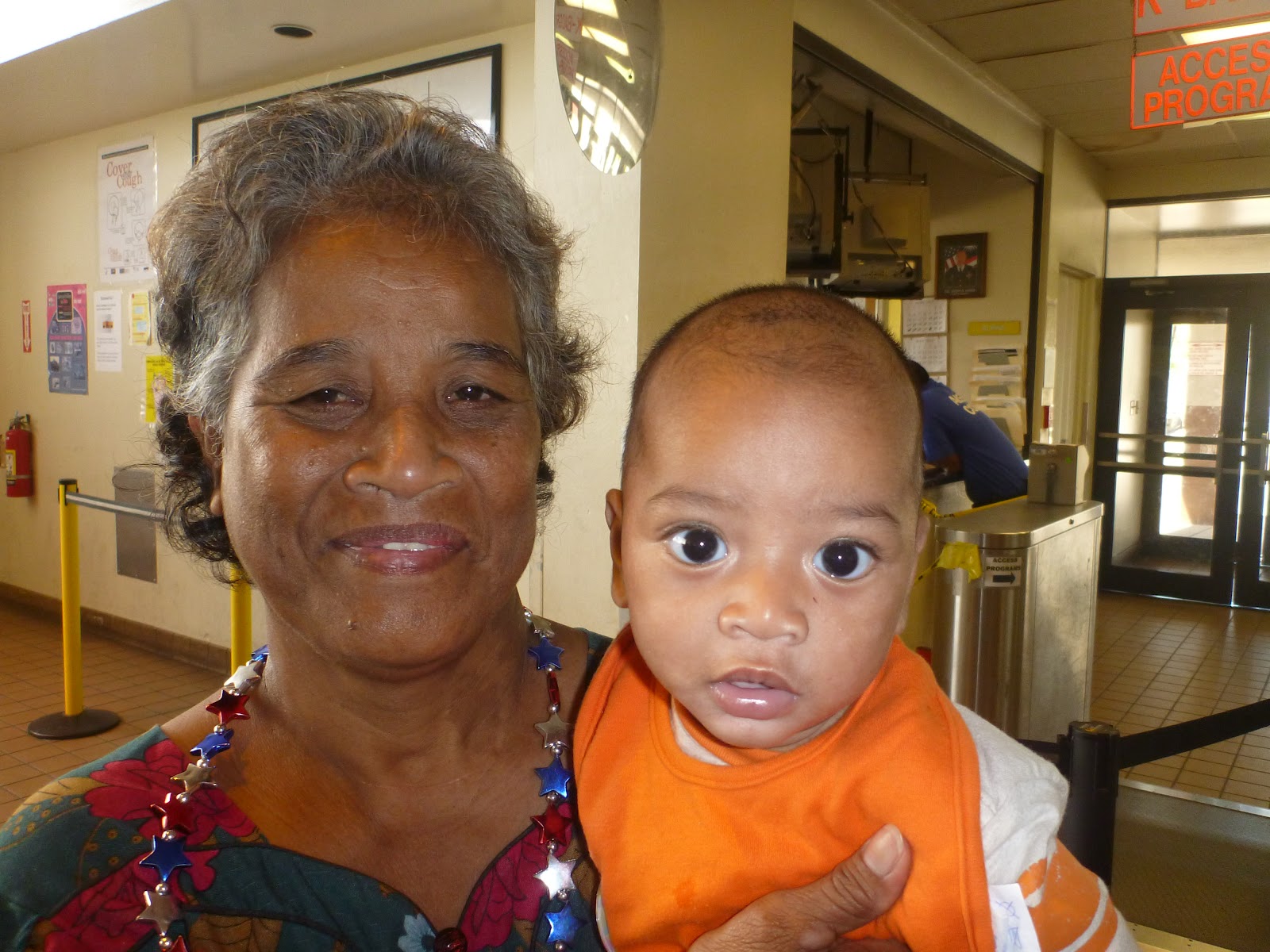 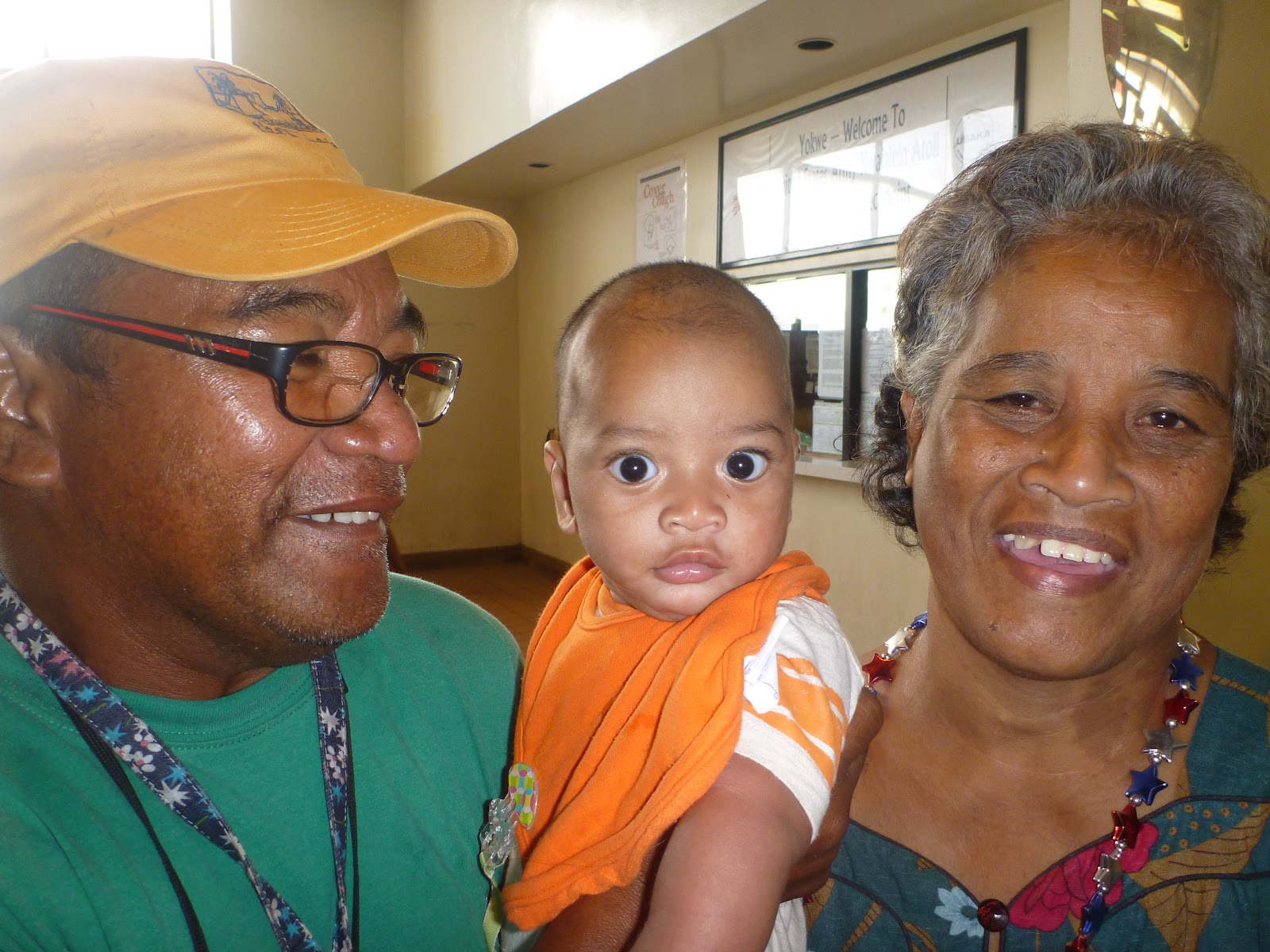