Look Who Made the Paper!

Our island newspaper did a story on the new canoe program (Waan Aelon in Majel) that I'm volunteering for.  It was a great article with a front page photo and a two page story inside.  I rated a photo and a paragraph about volunteering.  I was actually the one who suggested the story to the newspaper editor (who also happens to be my friend and soccer coach, because Kwaj is like that) as a way to get the word out about the program and to try and drum up volunteers.  Since it came out, I've been approached by several people who want to help. 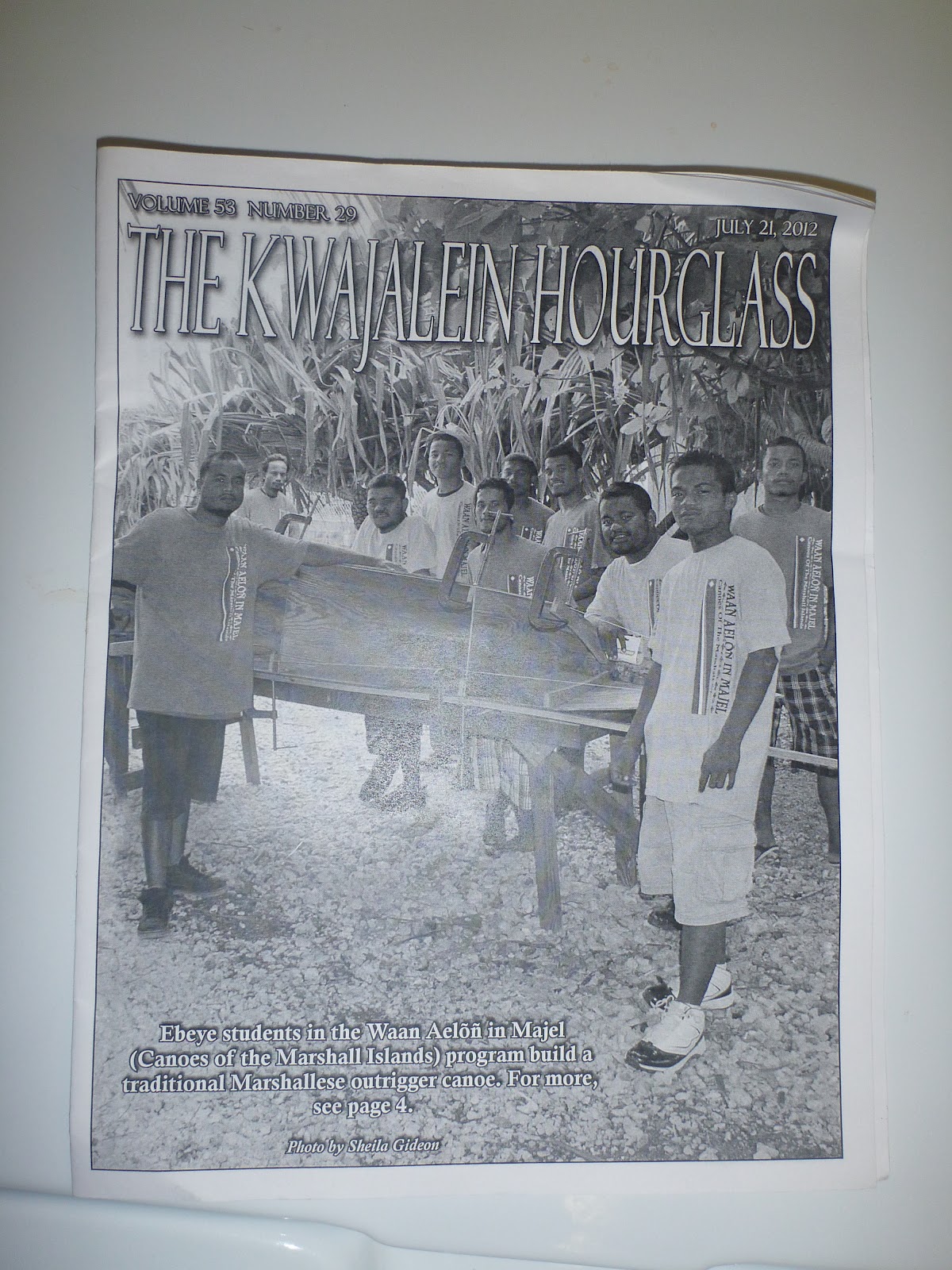 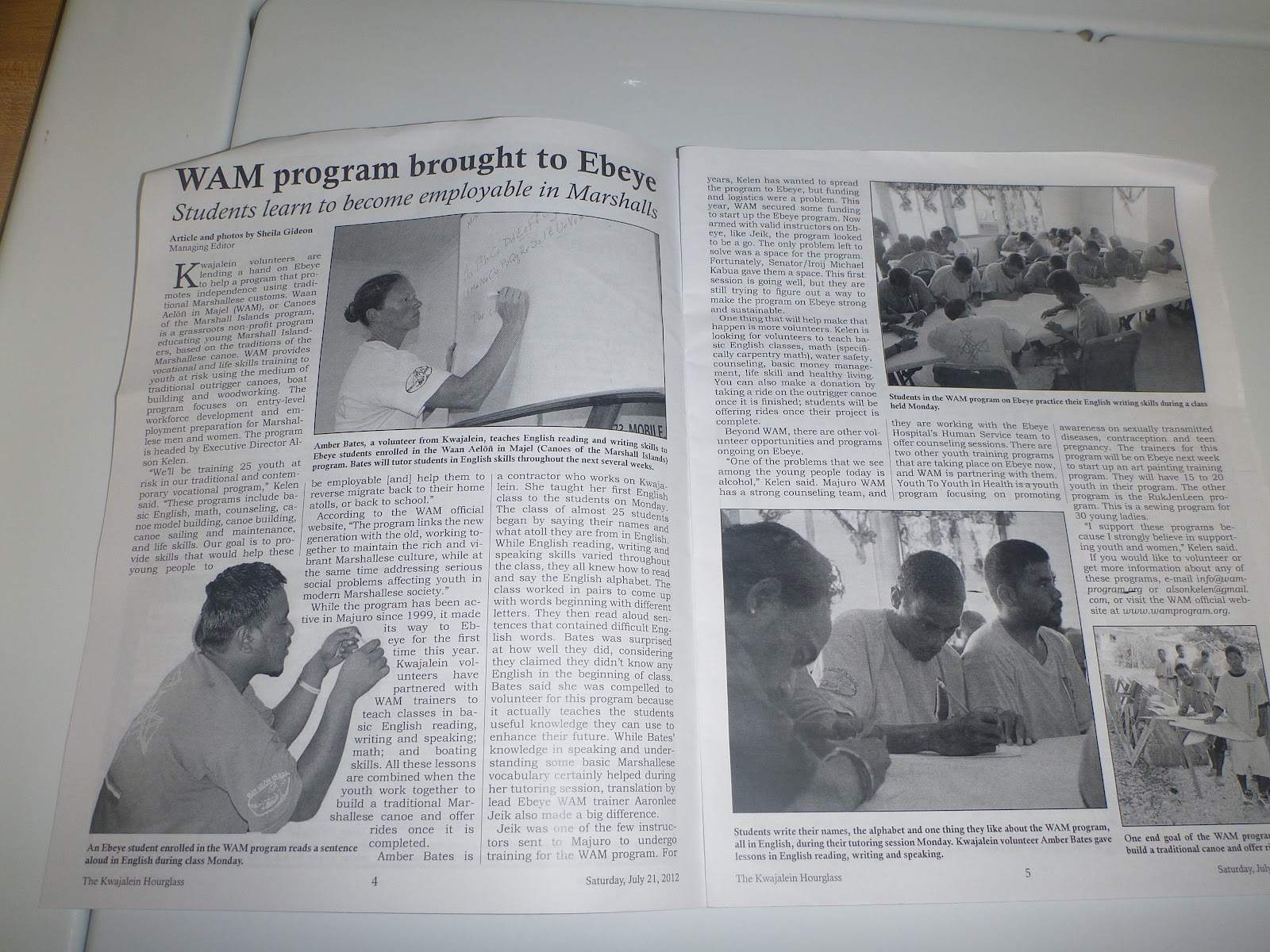 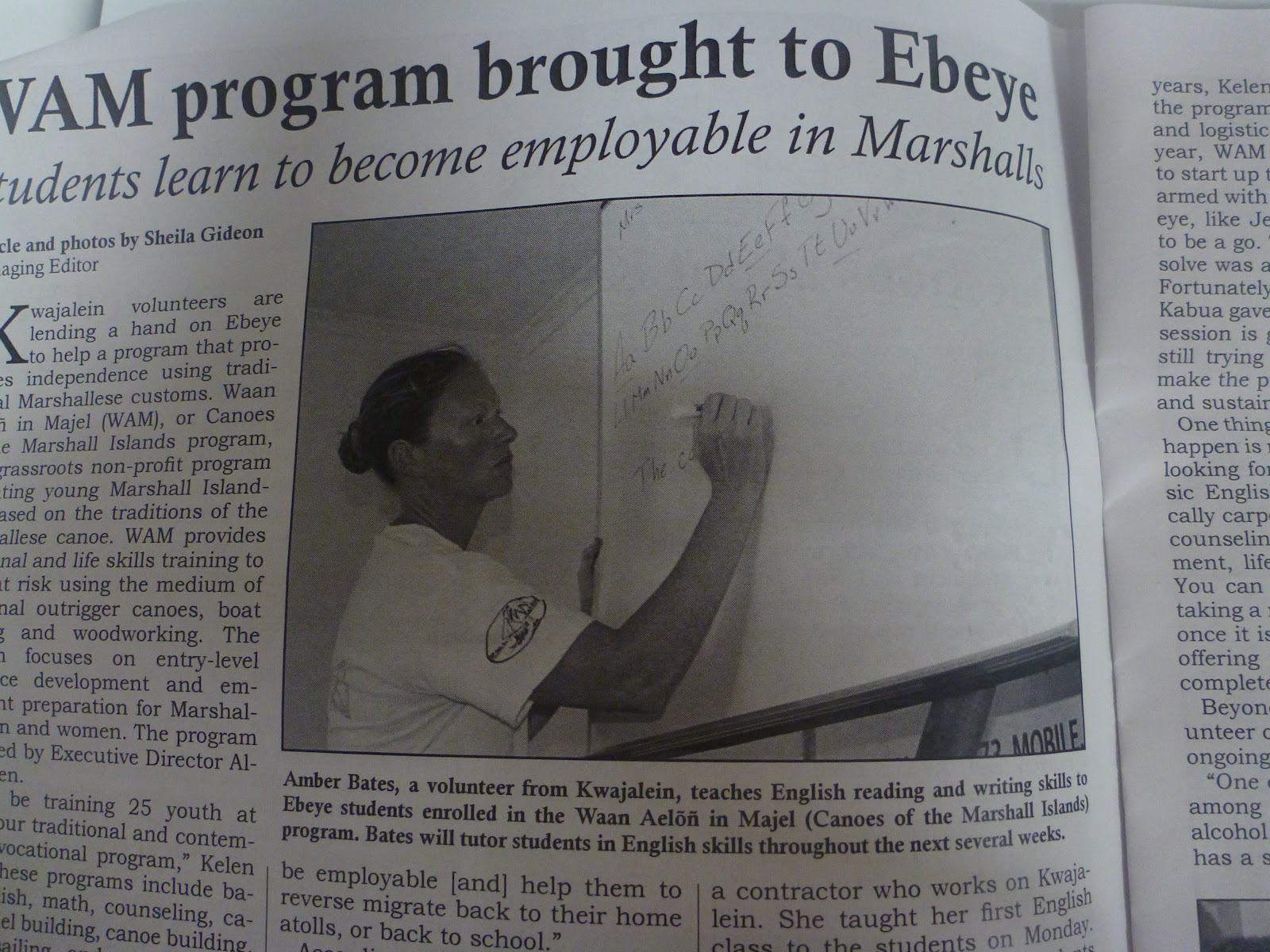 I taught my second lesson last week.  Spoken English comprehension seems to be the main thing that needs to be addressed.  I thought I would try reading to them from a book, with a story I thought they would know, but it didn't work.  I read the first two paragraphs of the first Harry Potter book but they couldn't pick out anything important (names, descriptions, story line), so I'm going to have to take an even bigger step back as far as that goes.  After the reading bit, I taught a lesson on nouns that went really well.  The guys seemed to get what I was saying (I was writing a lot on the board as well) and it seemed like I was able to teach them some things they didn't know.  At the end of class, I passed out some handwriting worksheets to anyone who wanted them.
My friend Paula has offered to help me for a month and we're going to try something new starting this week, to encourage language comprehension.  When she was a teacher, she heard about a program called Total Physical Response, a unique way to teach a language.  We're going to give that a try and see if helps with their English understanding.  I still don't know if we'll do it with the entire class or break them up into groups.  I prepared a verb lesson as well as a speaking practice and a noun review in case we decide to break up the class.  I'll keep you posted.
Labels: A Kwaj Teaching