The one good thing to come of Uncle's illness is that Fire's Daddy Jobe has come to Ebeye. Uncle is hoping that Jobe can take his job here on Kwaj, or find another one, so that he can pay off a debt that the family owes. Fire and I hadn't seen Jobe since March and for D and Sky, it's been longer, since Fire's adoption I think. We are so happy that he will get to spend time with Fire, and with Sky, and that we'll get to know him a little better too. 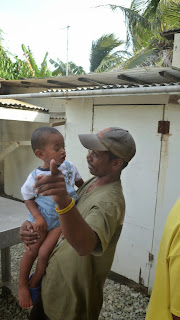 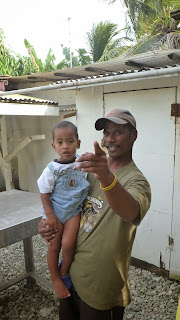 I think Atesh has Jobe's nose and eyebrows, don't you? 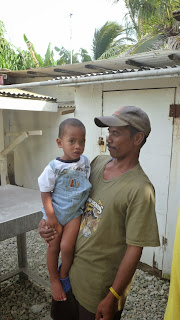 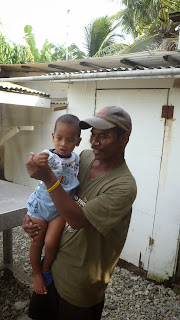 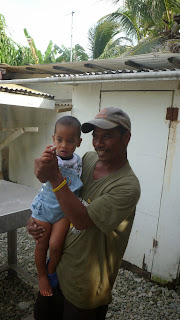 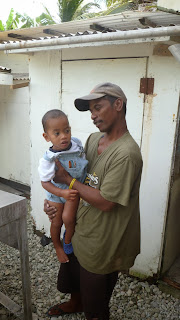