Fish for Us, Fish for the Sharks

We had a true Kwaj experience the other day:
A friend posted on f@cebook that her husband was going to be arriving at the marina shortly and that they would be selling some of their catch of yellow fin tuna since they'd had such a great day fishing.  I just happened to walk by the computer at the right time to see the post come up and since it's been a long time since we had good fish,  I immediately grabbed some cash and Sky and we headed out to buy some.

So far, that's pretty special but not specific to Kwaj.  The part that made the experience unique is that we walked to the marina, bought the fish, and then walked home with it. 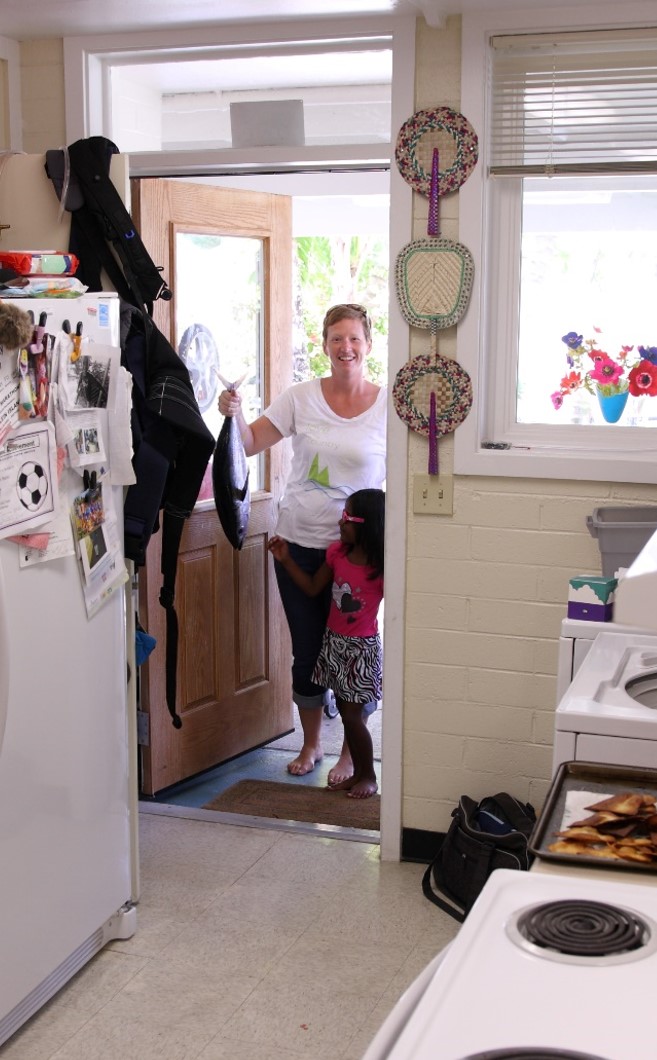 If we ever manage to leave, this is one of the memories I want to be able call up when someone asks why we lived here- walking home with my five year old holding one hand and a fresh yellow fin tuna in the other, talking with her about where food comes from (and unicorns, because she's five).  It was magical and I think the ability to do those sorts of things is the essence of Kwaj.

D made sashimi, sushi, and ceviche out of the tuna and two nights later we took the head, spine, and organs back to the marina to feed the sharks.  The kids love it when the sharks fight over the pieces they throw in and love seeing them circle so close below them. 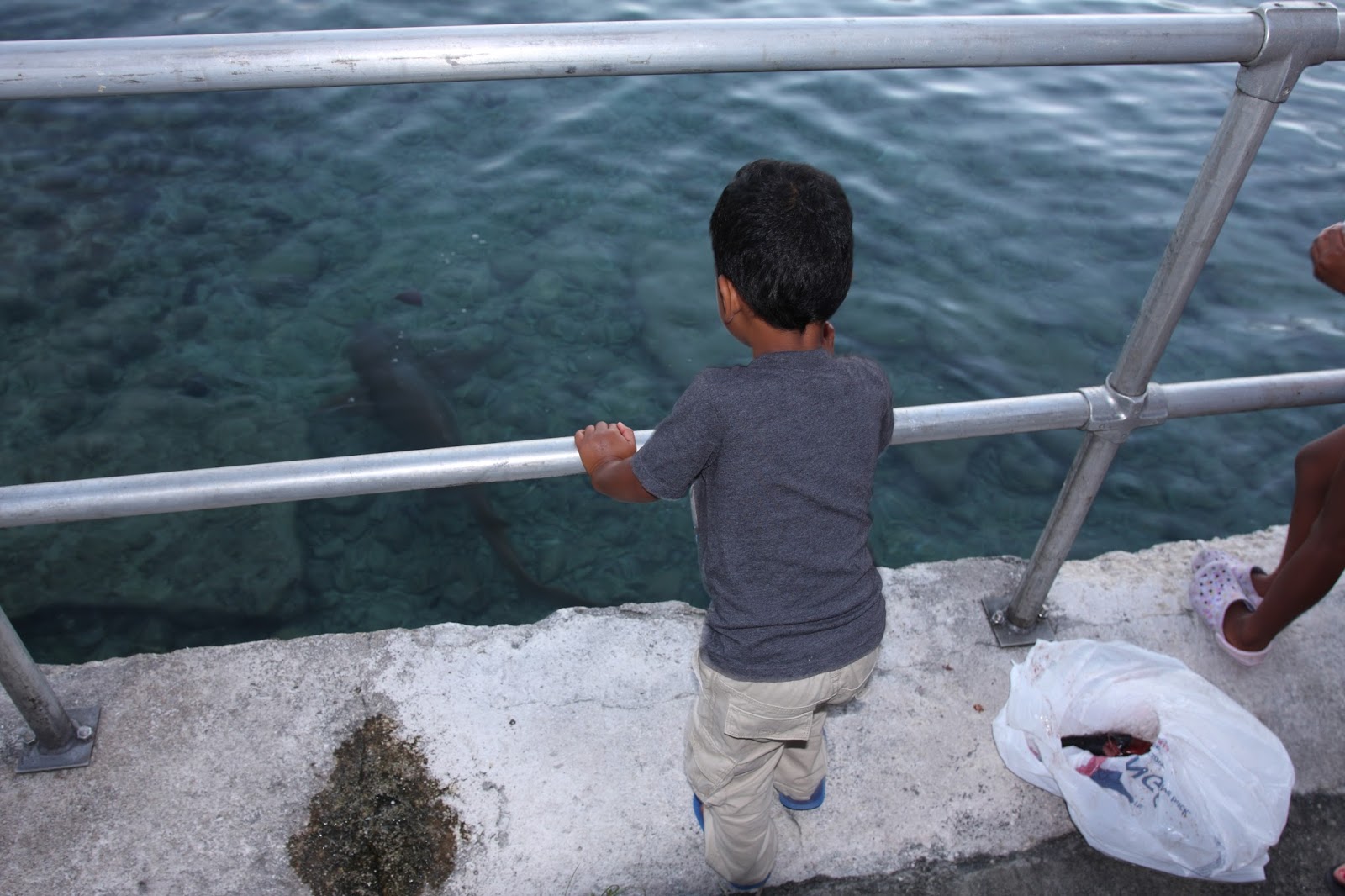 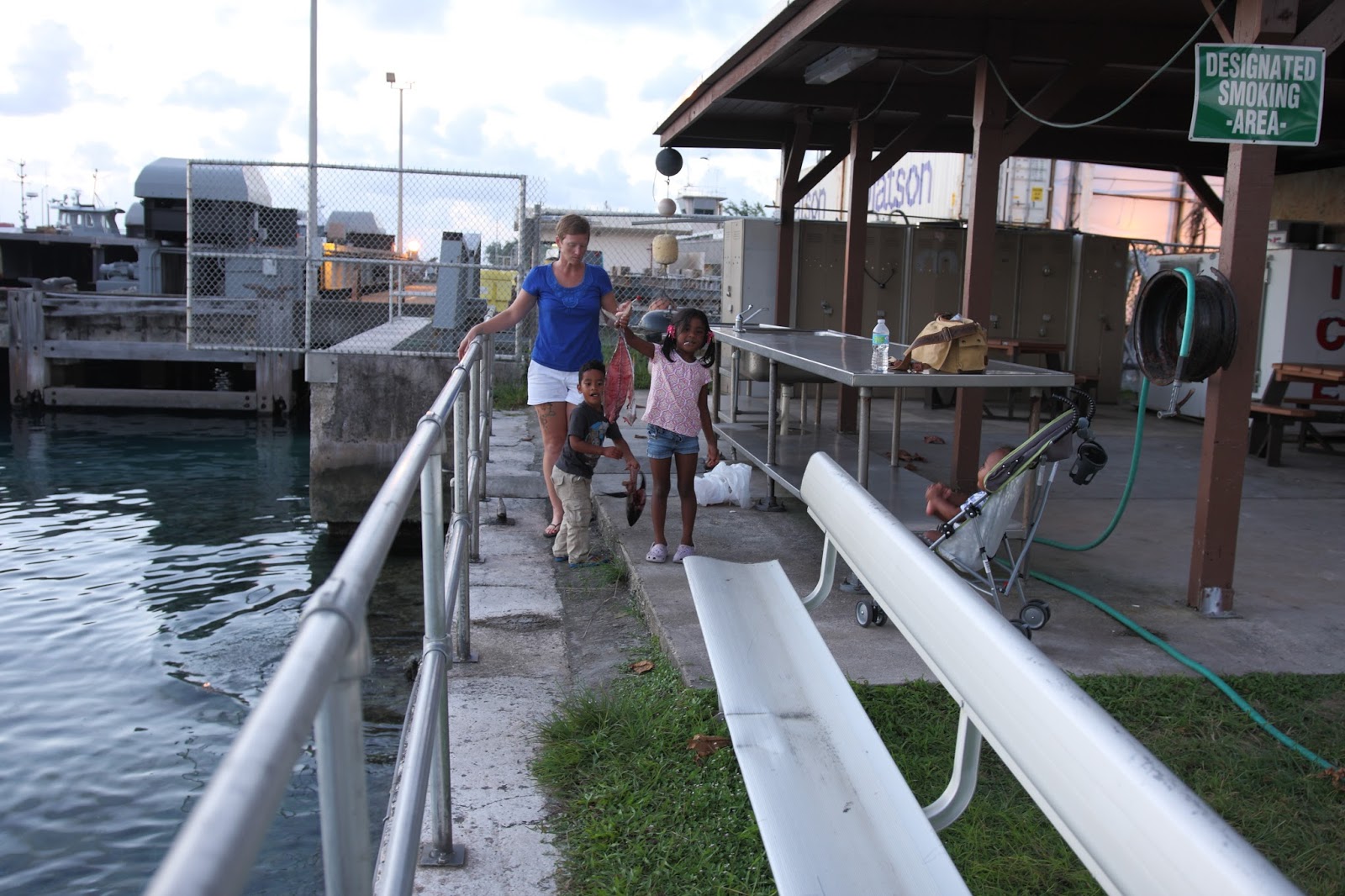 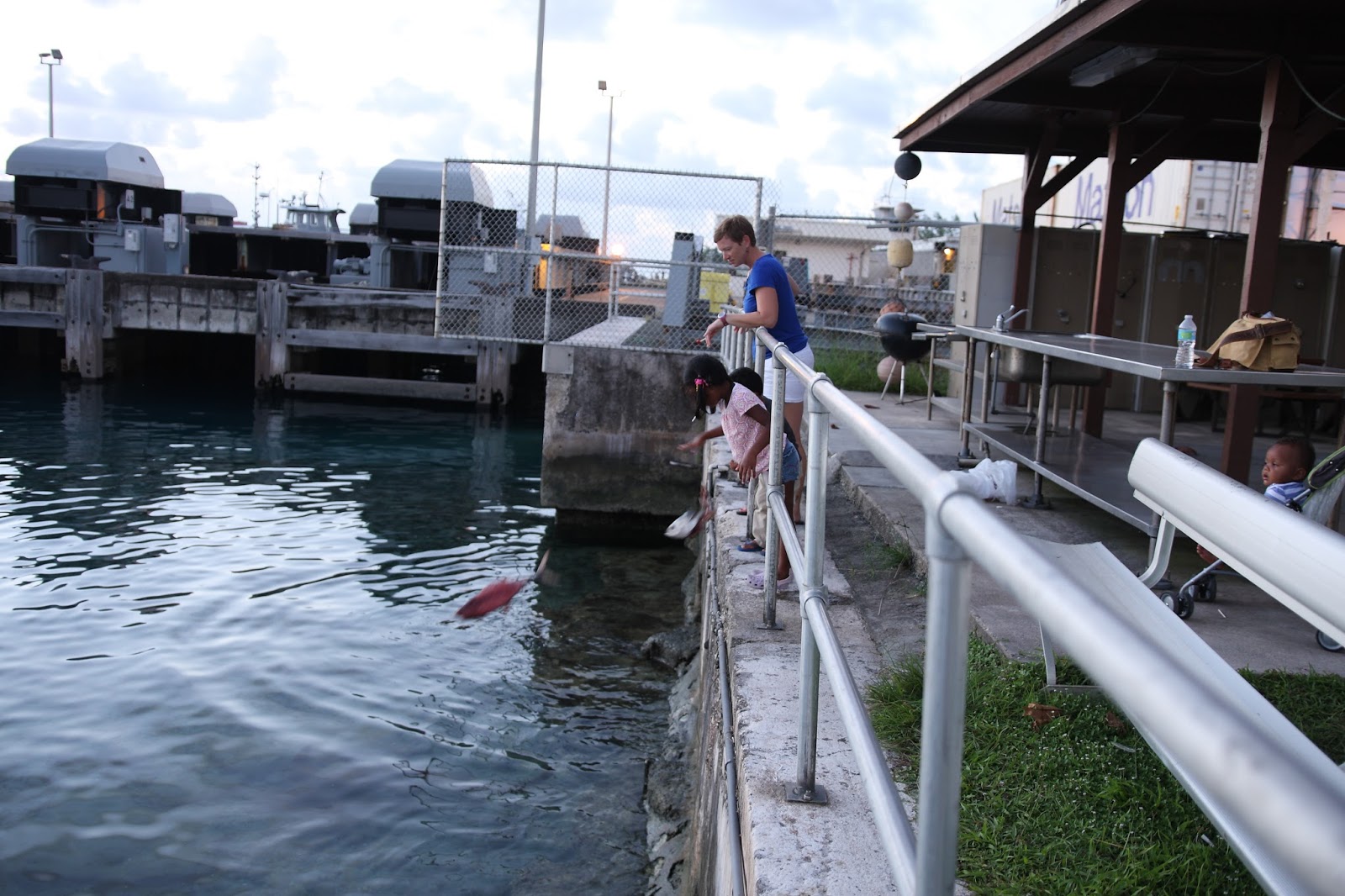 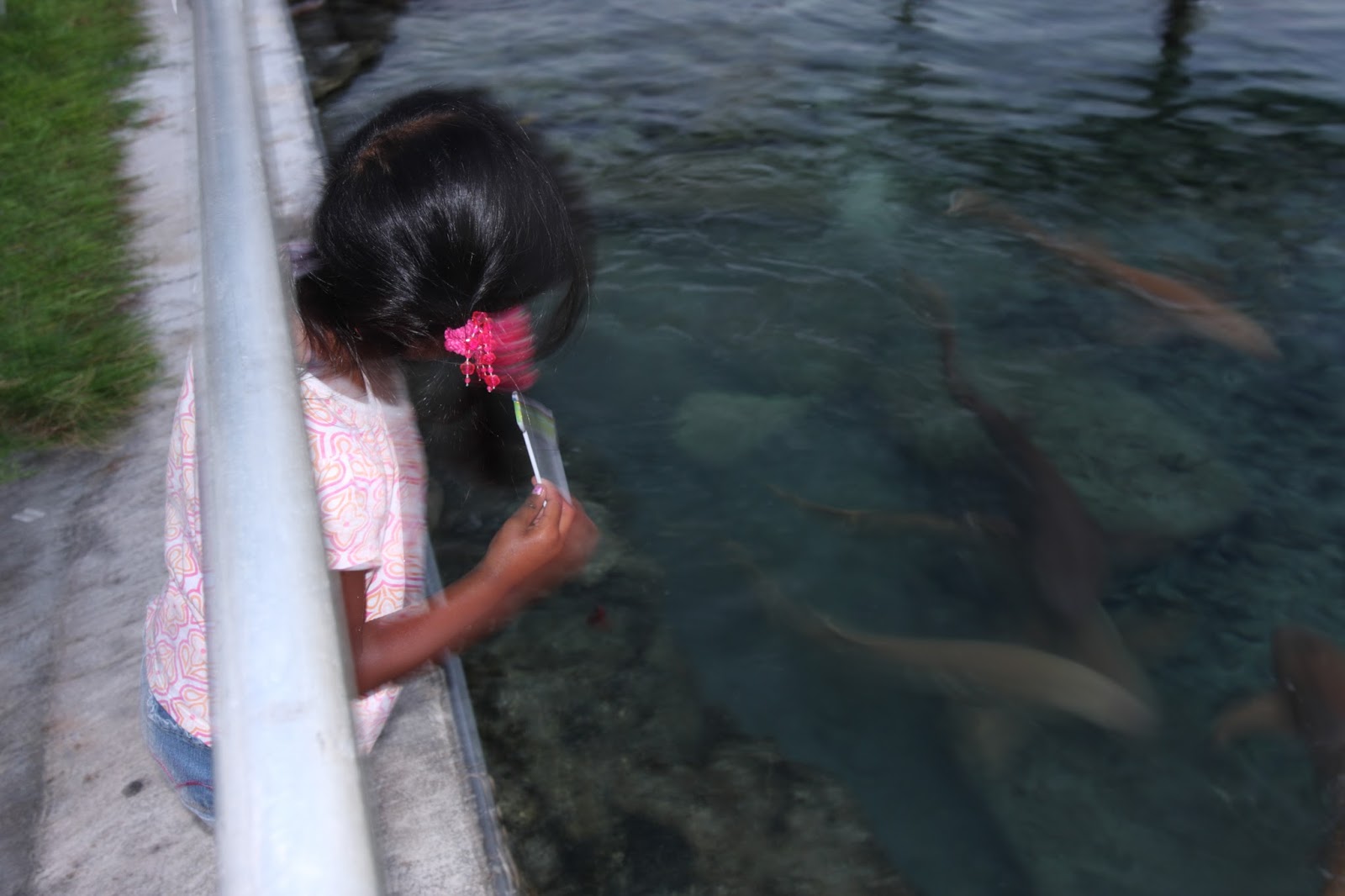 (and yes, I spend the entire time reminding the kids not to lean out so far and trying not to imagine what would happen if they fell in...  Other moms do that, right?)