I'm terrible at getting these "week in review" posts up on time!  I cheated and back-dated the last one but I'll just 'fess up here and tell you that I just didn't manage to carve out the the time to write this one and get it published by Friday.
This week was a quiet one and I only got pictures of three of my five for the week.  I'll start with the photo-free memories first:

#1
Swimming lessons ended.  Both Sky and Fire are much more comfortable in the water, Sky started learning a few of the basic swimming strokes, and both kids had fun.  I'll call that a win!

#2
The plane tickets for Fire's medical referral came through!  They're leaving for Hono next Friday, which will give them the whole weekend to spend with our friends there before his appointment.  We'd been worried that they would fly out on Monday, which would have left D taking Fire to the appointment right after getting off the plane.  Between the issues that United has been having lately and D's inability to sleep on planes, we really didn't want to cut it that close and luckily, we won't have to.  We'll miss them but I'm glad that Fire's hernia is being taken care of so quickly.

#3
Sky asked to help cook dinner.  I've always tried to have her help in the kitchen when I could so having her ask to cook had me over the moon.  She chose the meal (spaghetti and meatballs), helped find the ingredients at the store, and then cooked dinner with me.  She did great in the kitchen and dinner was delicious.  Sky surprises me daily with how much she understands and can do and I love watching her grow. 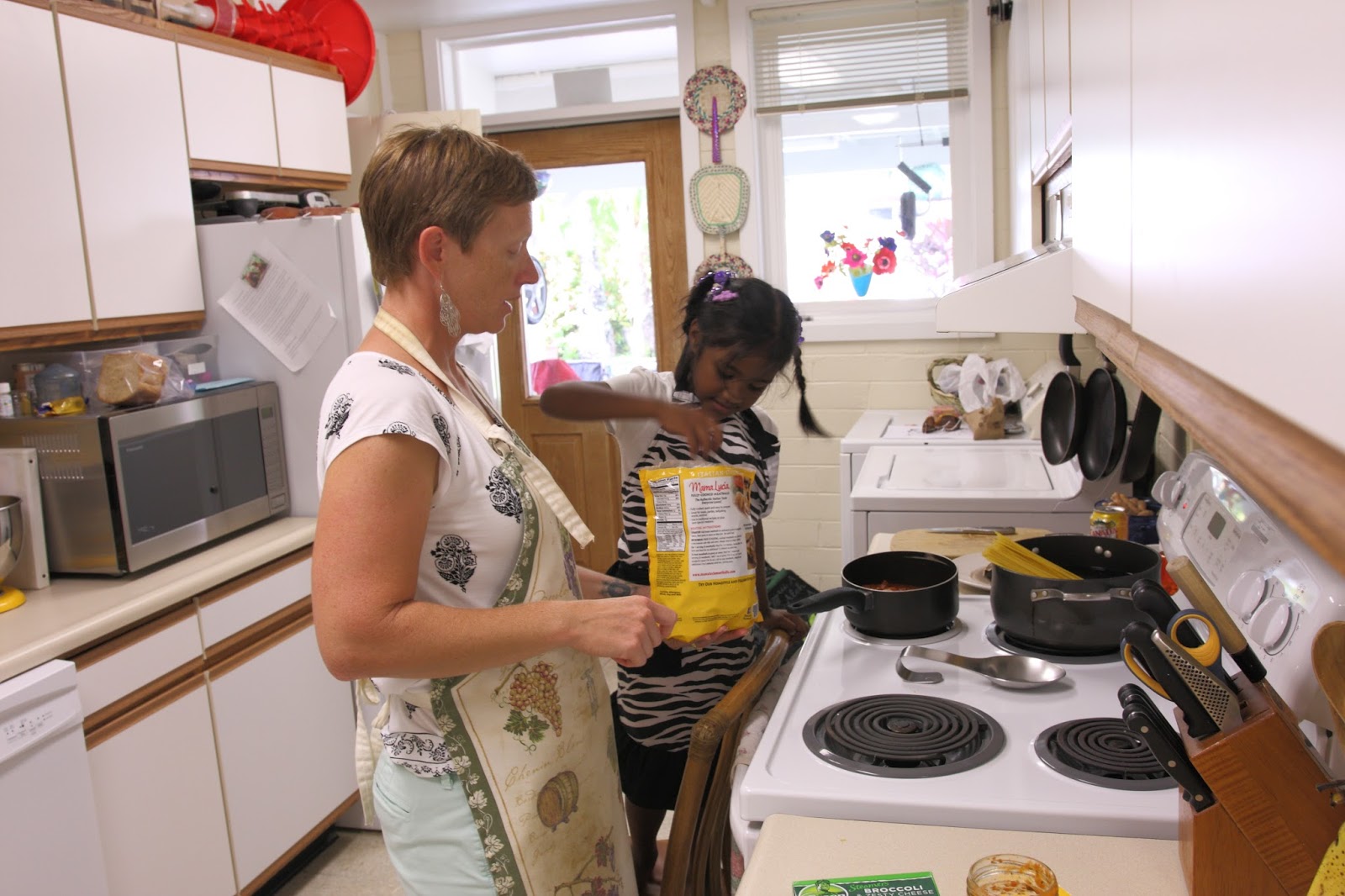 #4
Now that Water has some top teeth, we've started introducing him to "real" food, our dinners, mashed or cut up, for him to try.  The biggest hit so far has been chili, although he loved the spaghetti that Sky made: 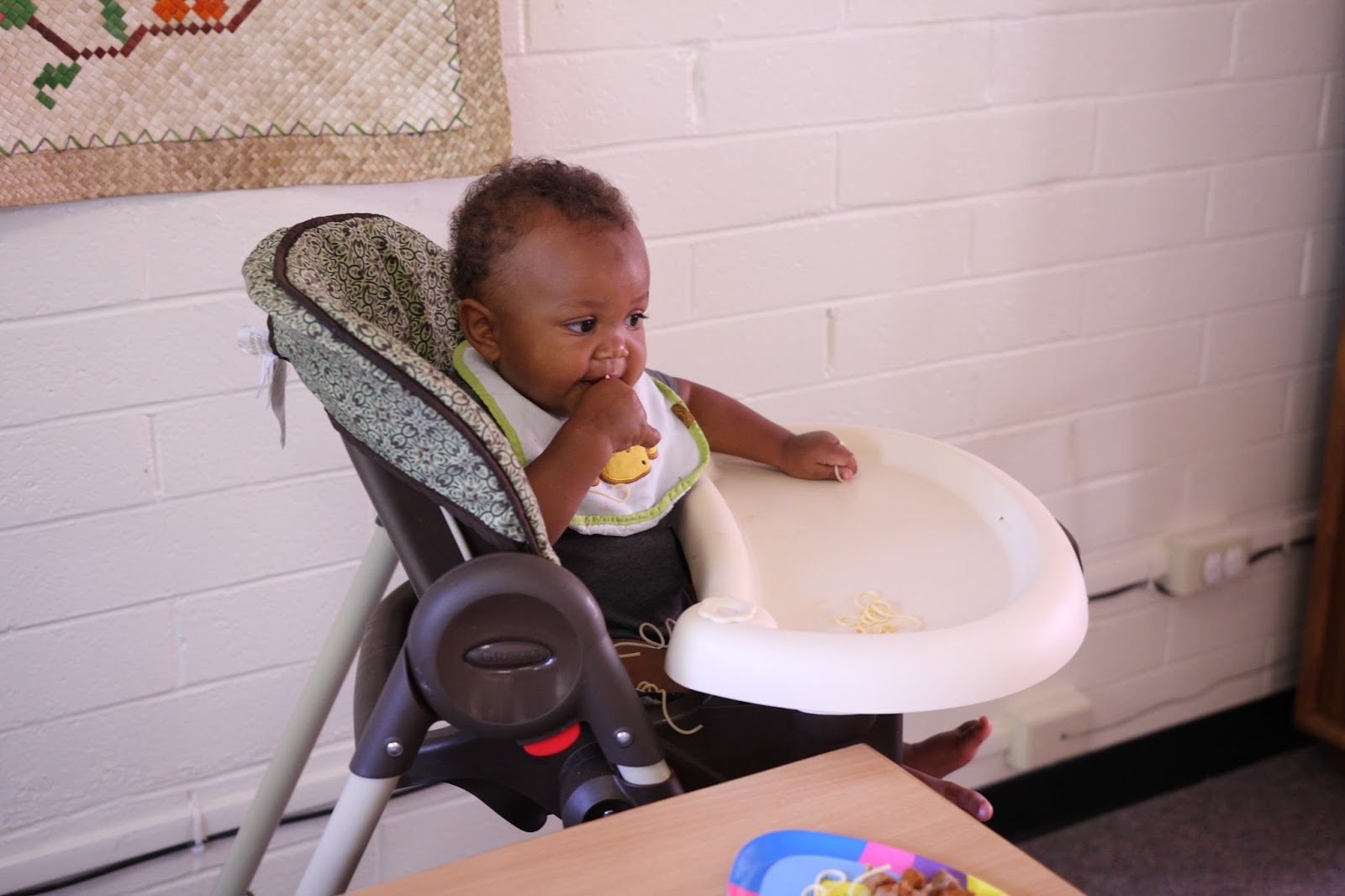 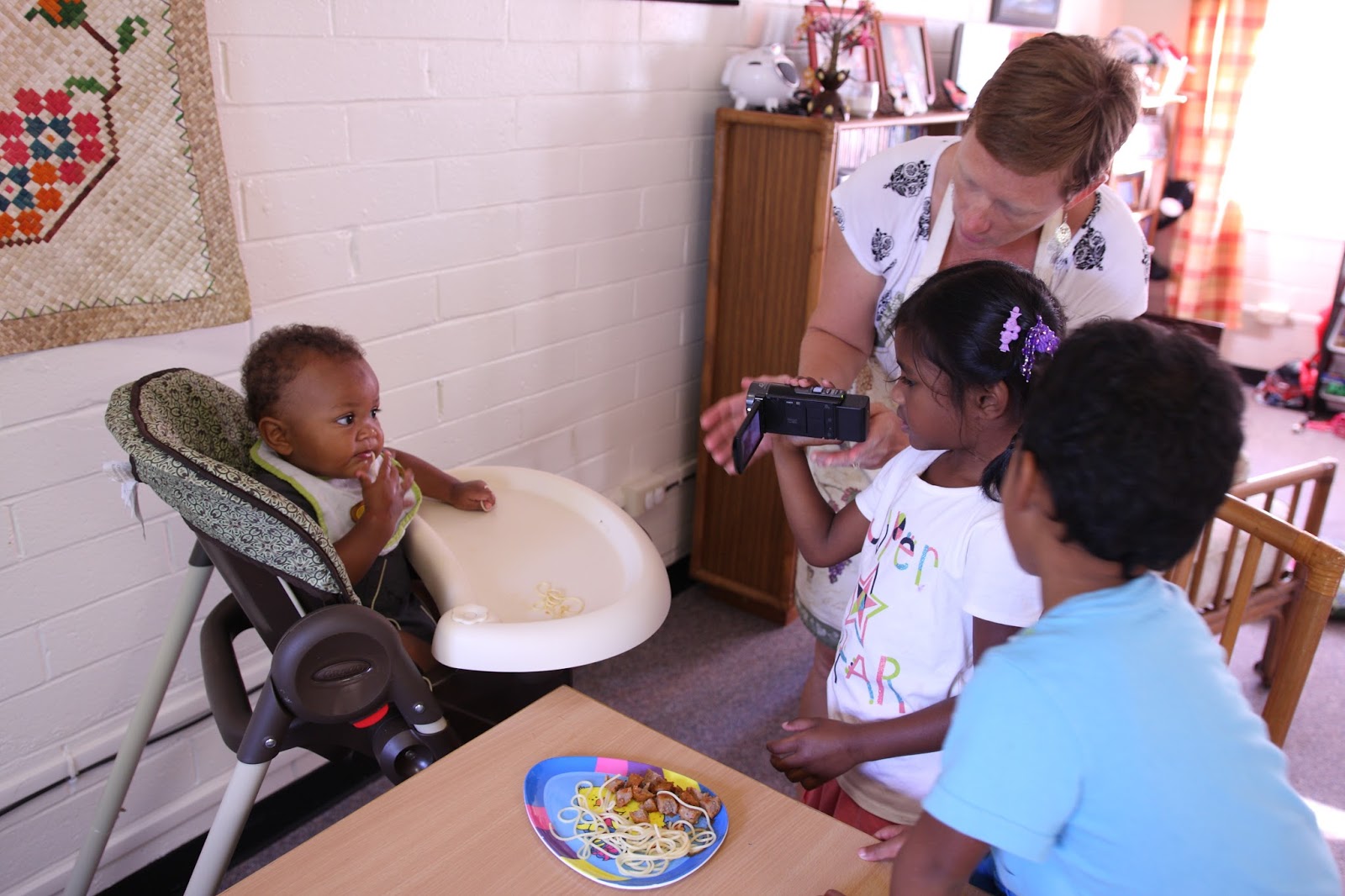 #5
2T clothes for this (hipster) baby 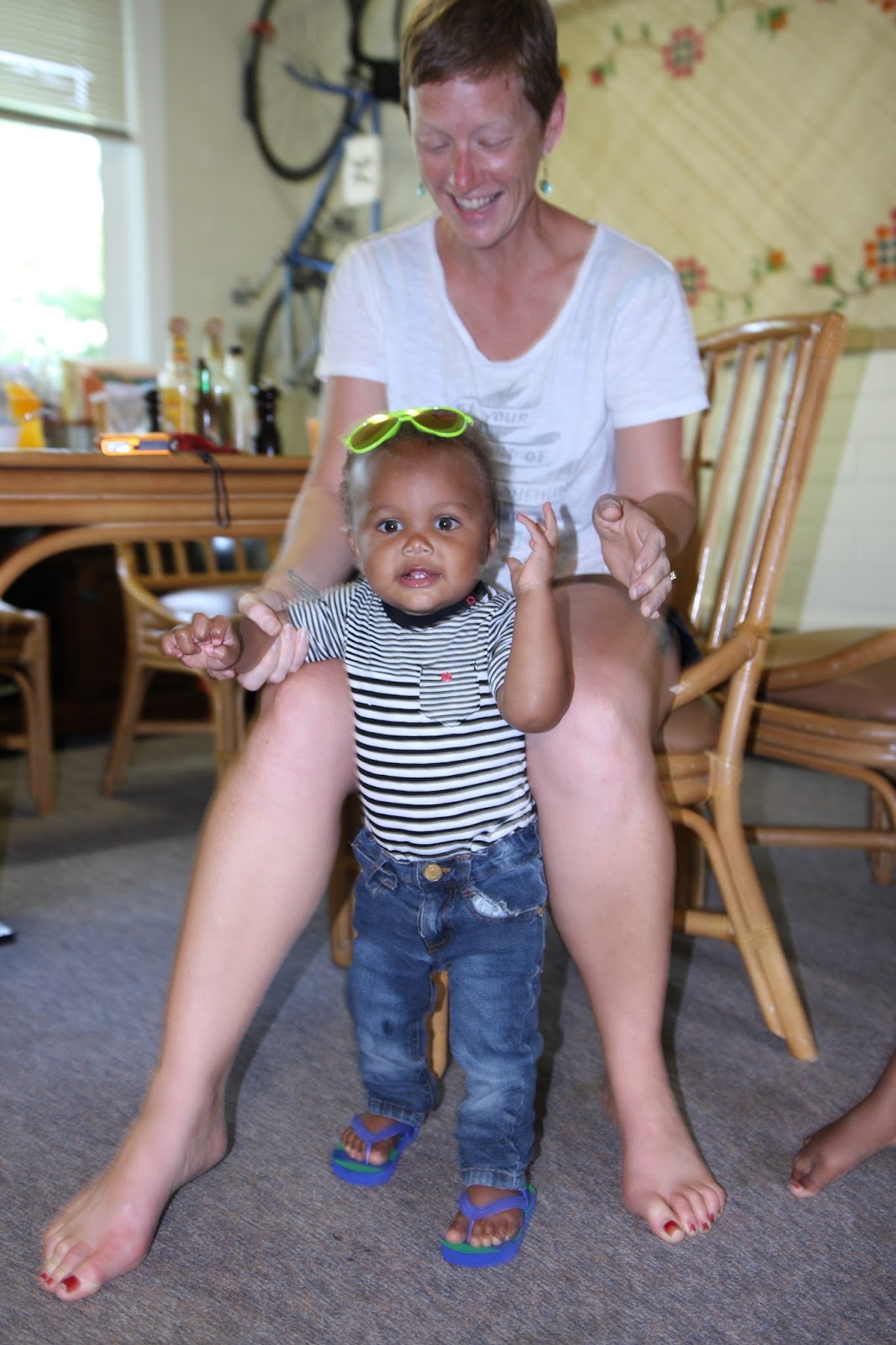 I finally caved and pulled out the 2T clothes I've been saving for Water.  I was reluctant to move him up because I felt like doing it would take him one step further away from being a baby so I waited and even bought a set of onesie extenders to make his little body suits last longer.  In the end, his big sweet head made the decision for me, because I just couldn't fit it through the head hole without scraping his face.  He's still got a few onesies left but they're on the way out.  What do you think?  Does he look older in "real clothes"? 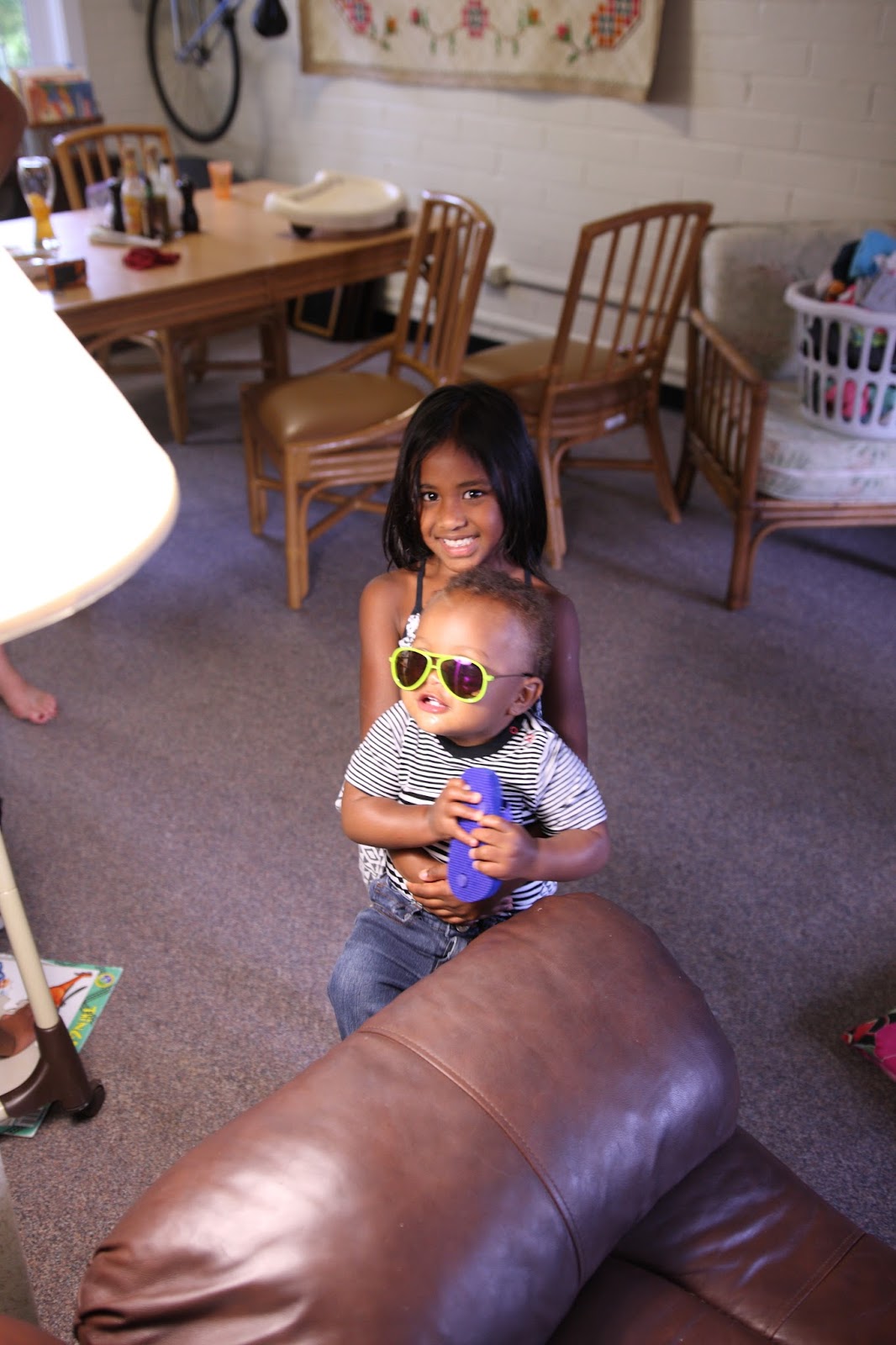 How was your week?  Are you looking forward to the Fourth of July?  We're having fireworks here on Kwaj and I'm so excited for the kids to see them, since it will be their first time.