Having Fun in Kansas

Before leaving Wichita for the prairie home, we headed to the kids' discovery center there.  This is the sort of thing we love to do with the kids when we're off Kwaj- to give them the kind of experiences that most American kids have.  The discovery center had a medieval castle that Sky loved and had to be pried out of when it was time to go.  Fire loved the blocks and the airplane room and would have been happy to spend the whole time "flying" a helicopter if he could have. 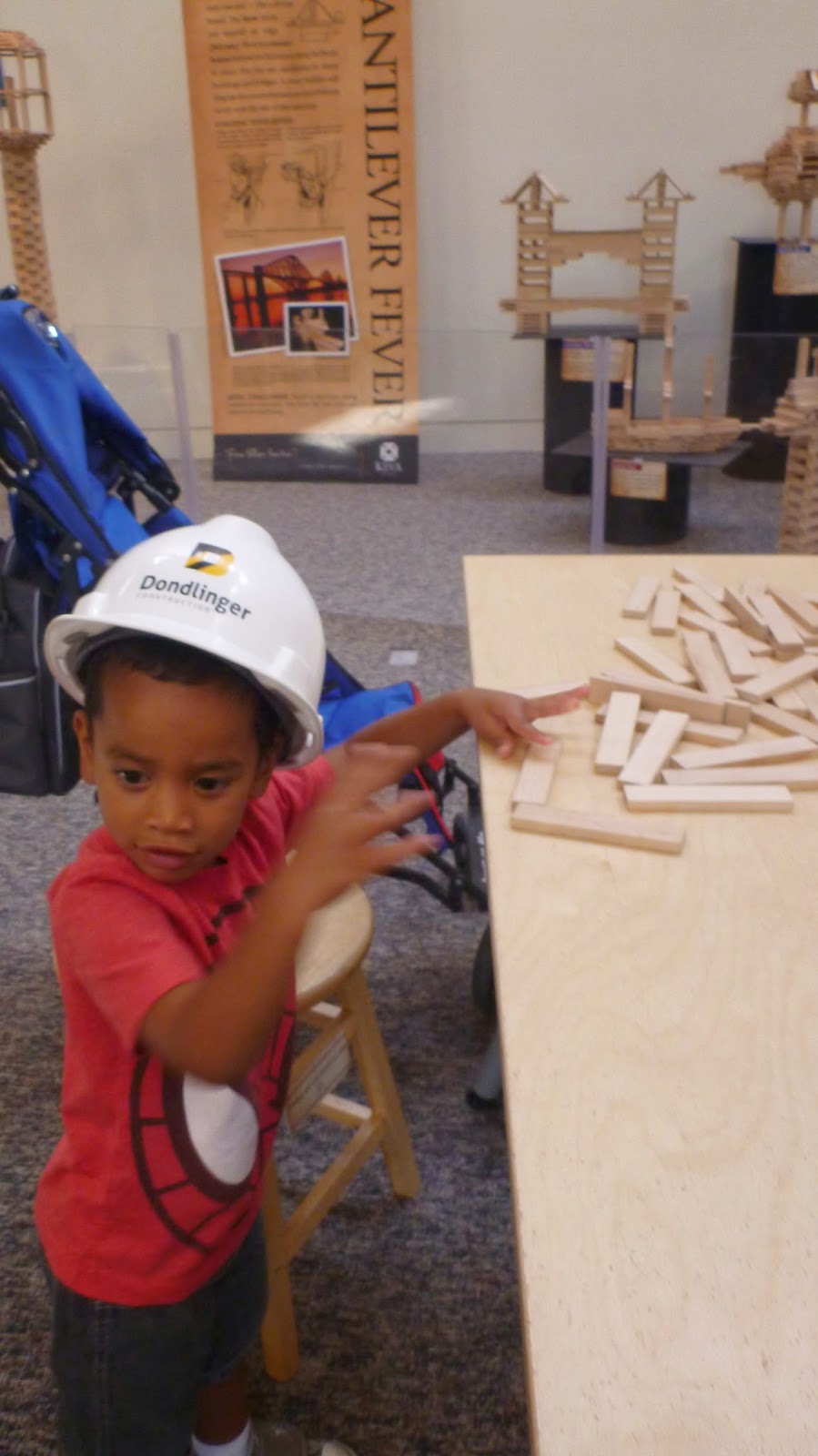 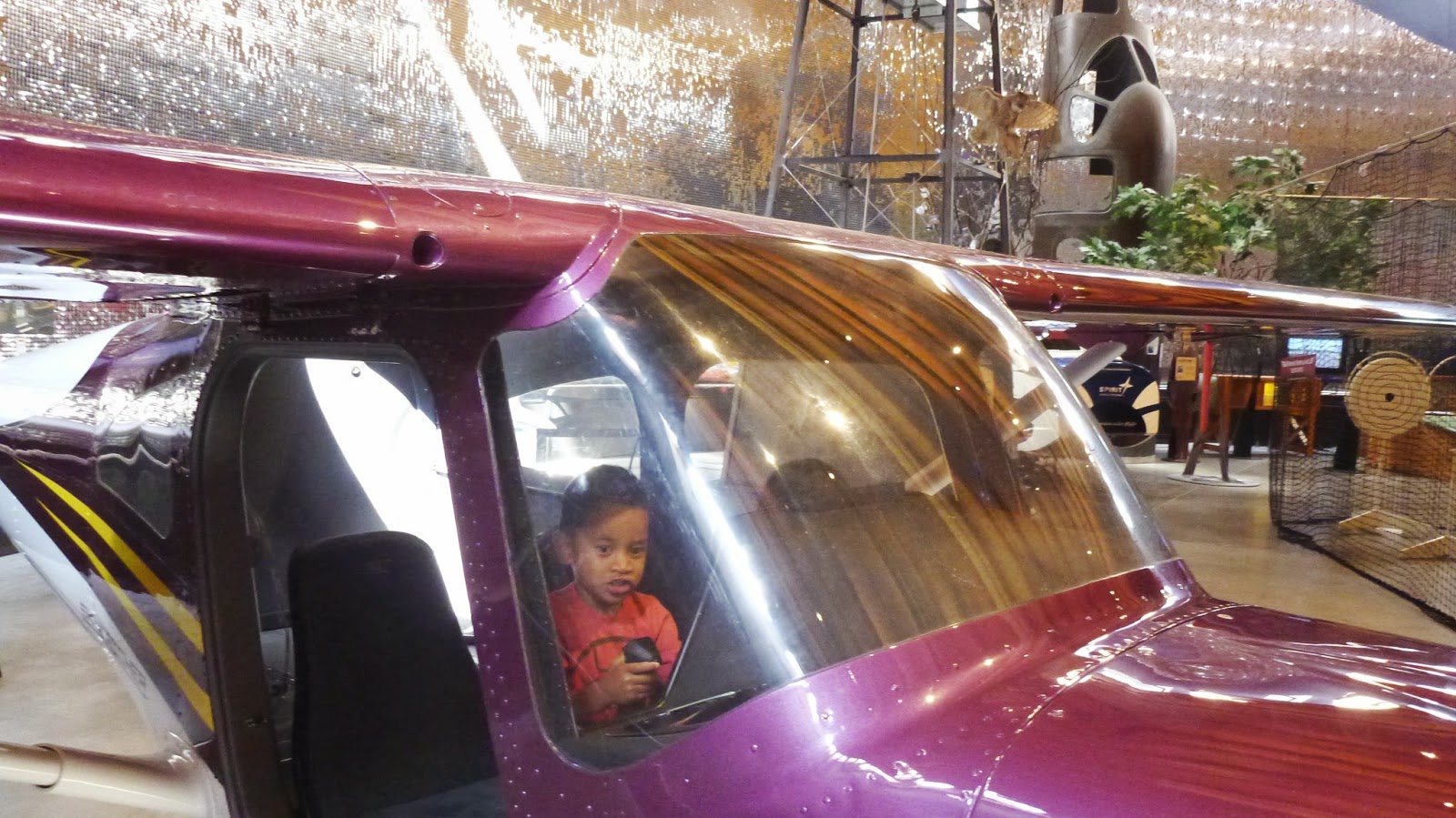 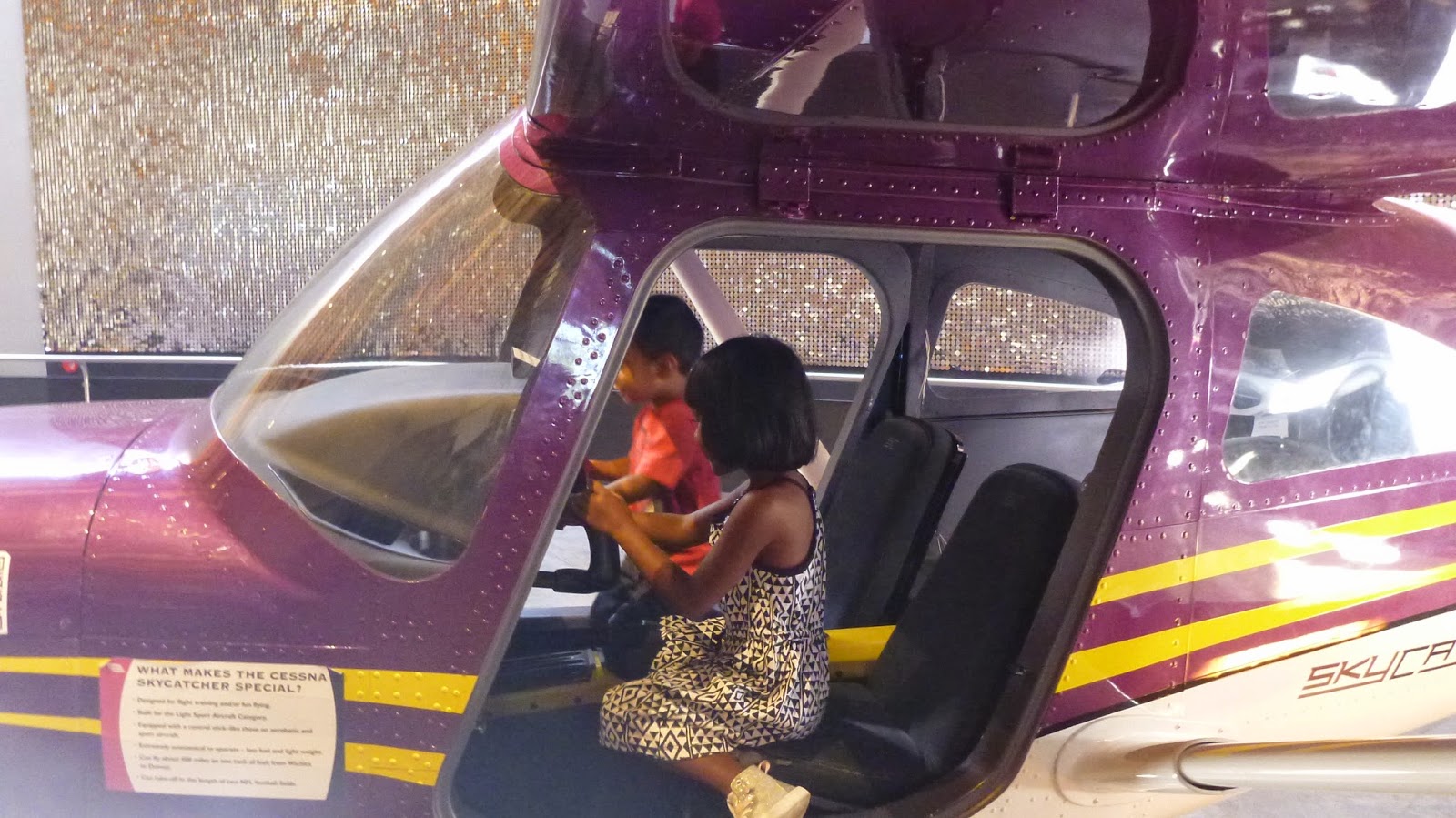 Next stop, a real American grocery store.  They might be getting a little big for it but this car cart was a big hit.  We've got to get these at Surfway! 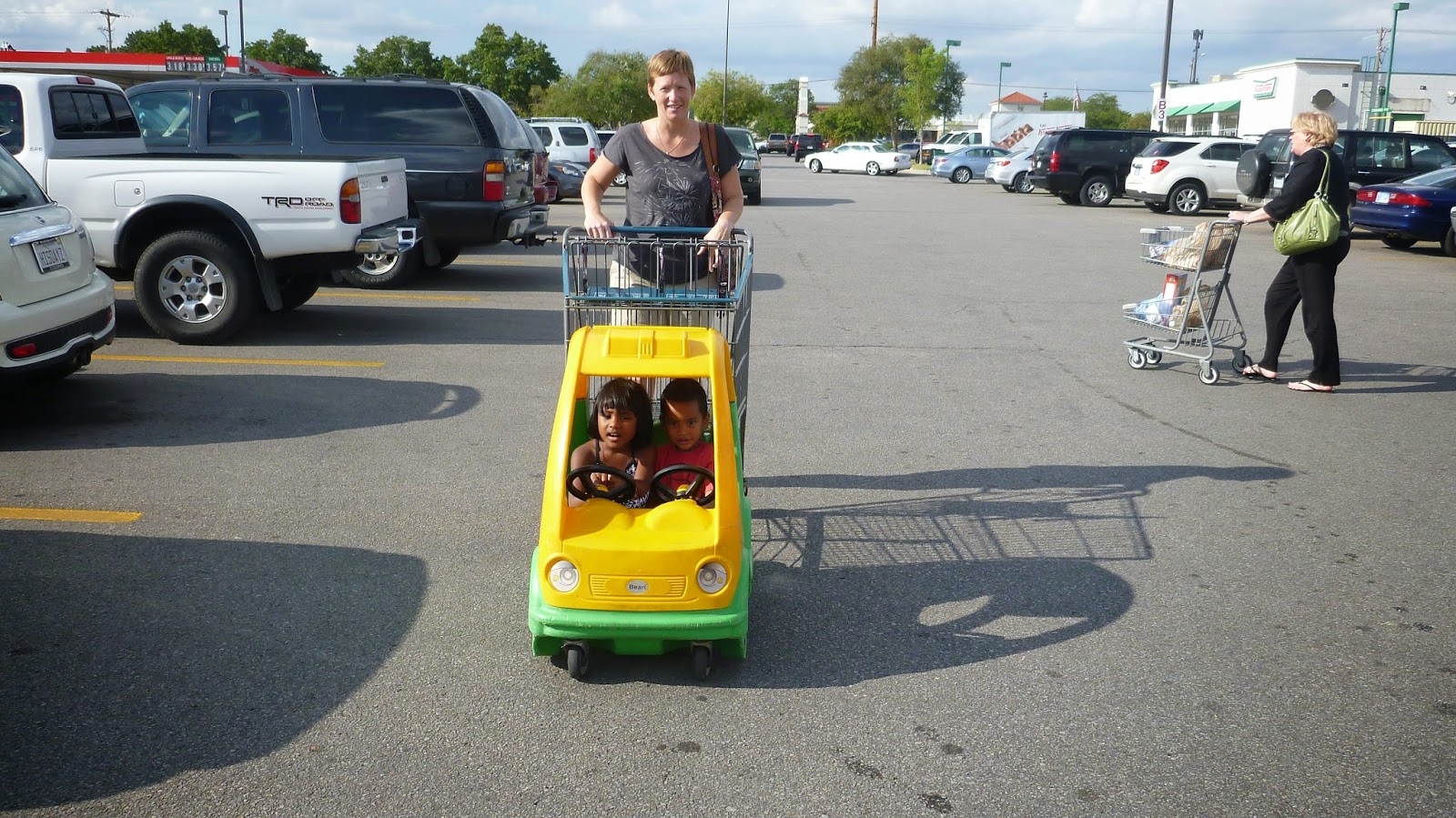 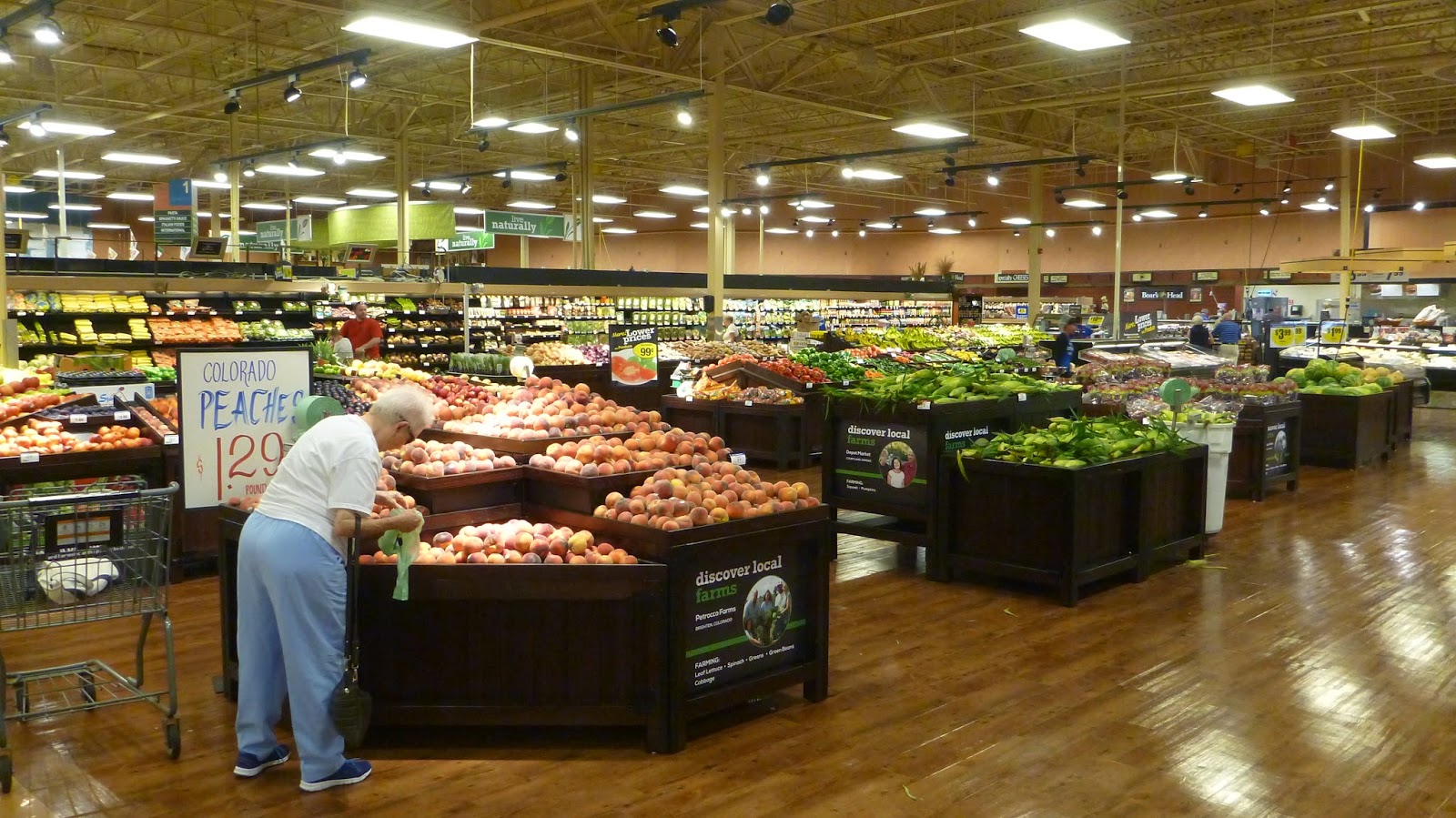 Now you're just being mean, Dillons!

After settling in for a day at the prairie home, we piled back in our new truck and headed up to Topeka to an indoor play place.  It was a little overwhelming at first for Sky and Fire, to be someplace so loud with so many kids they didn't know, but they warmed up to it and had a great time. 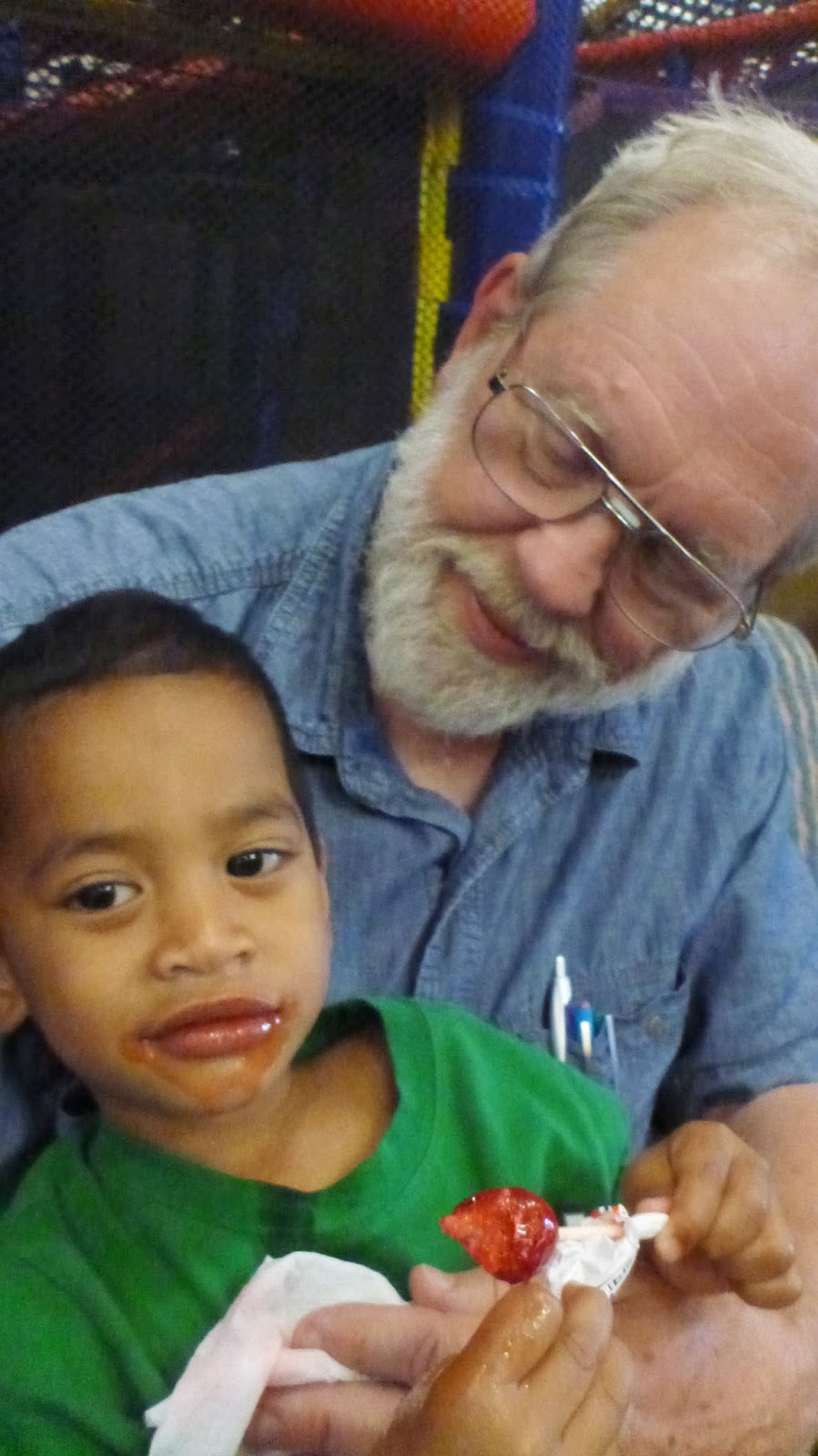 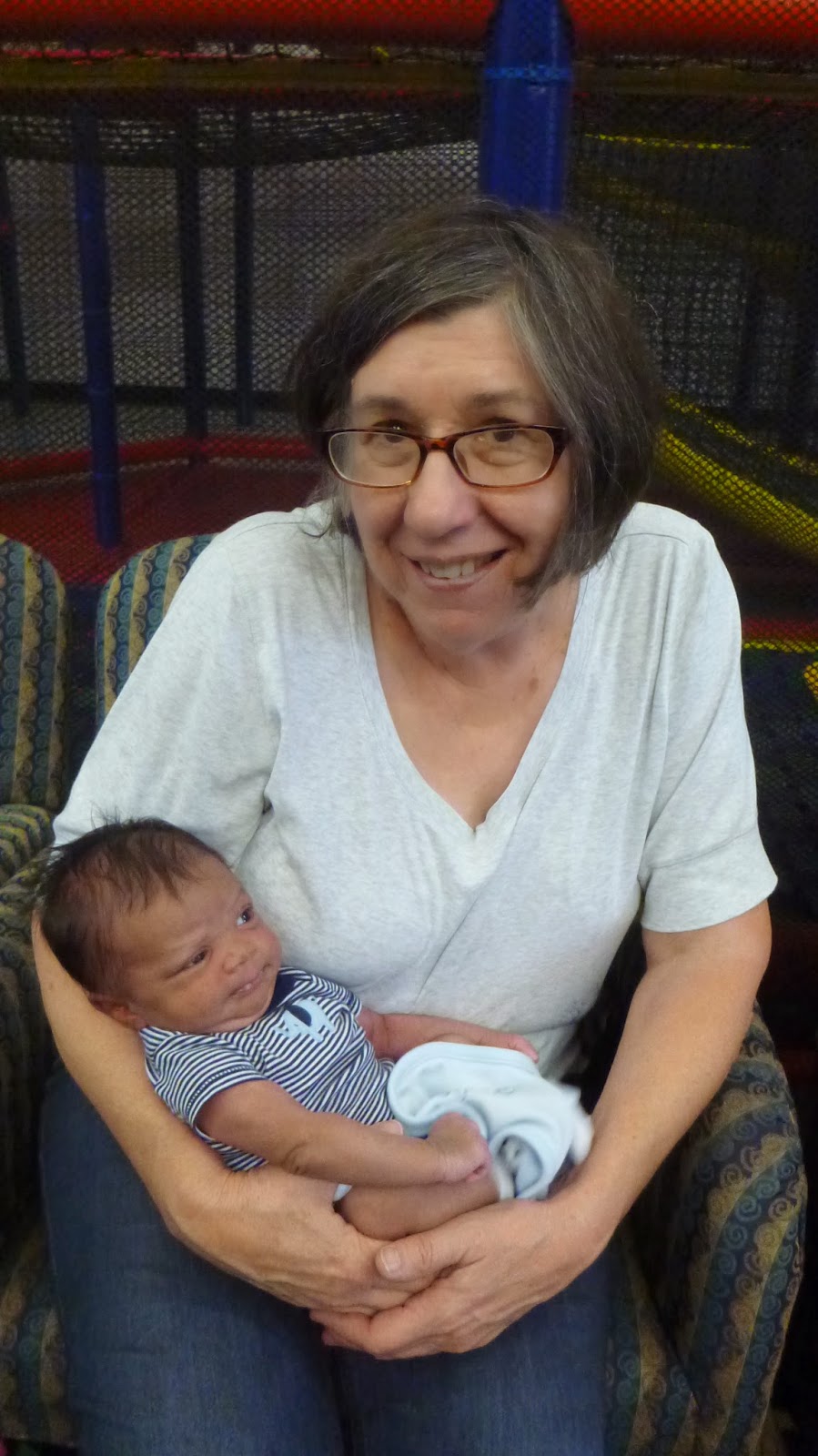 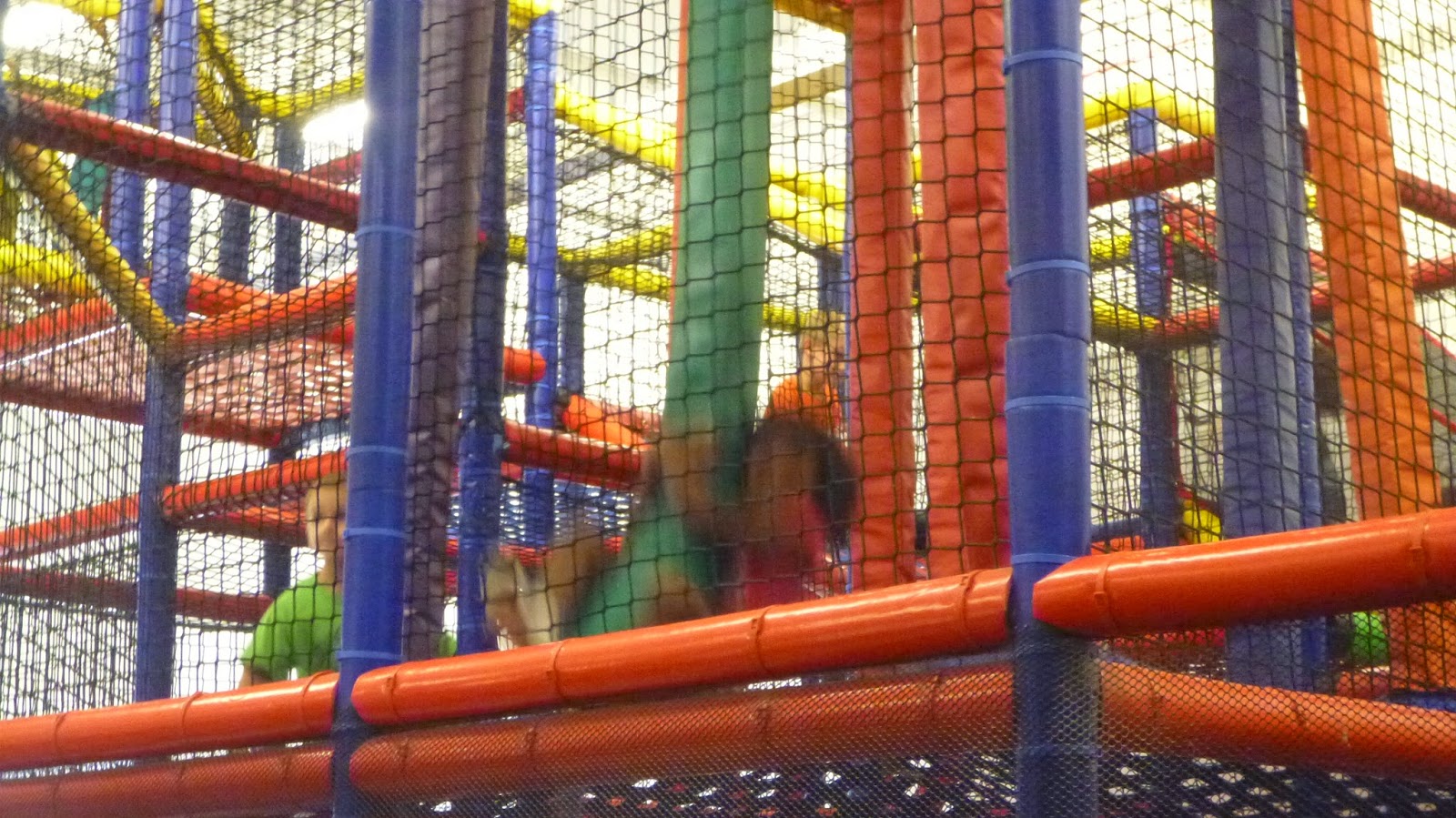 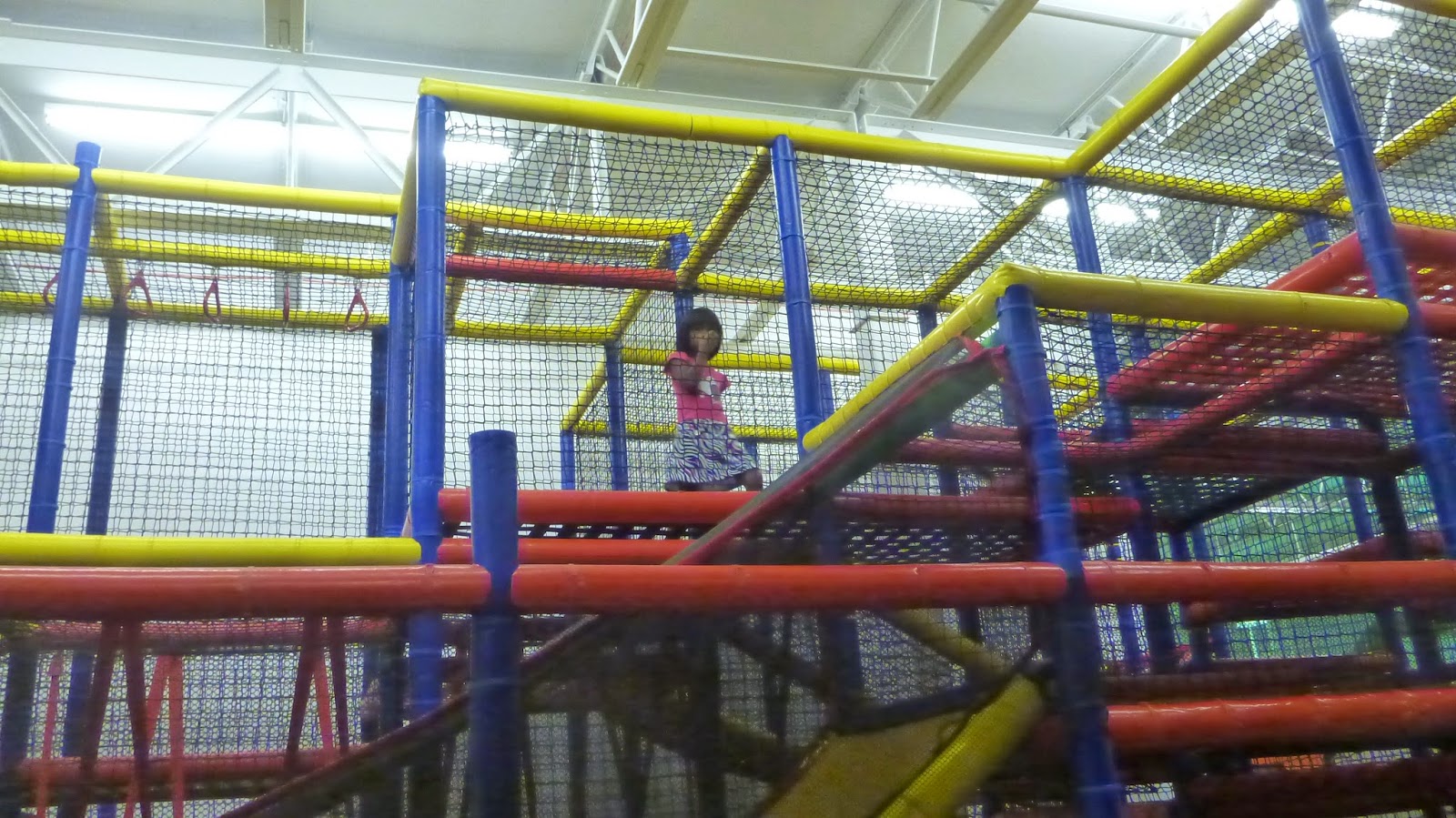 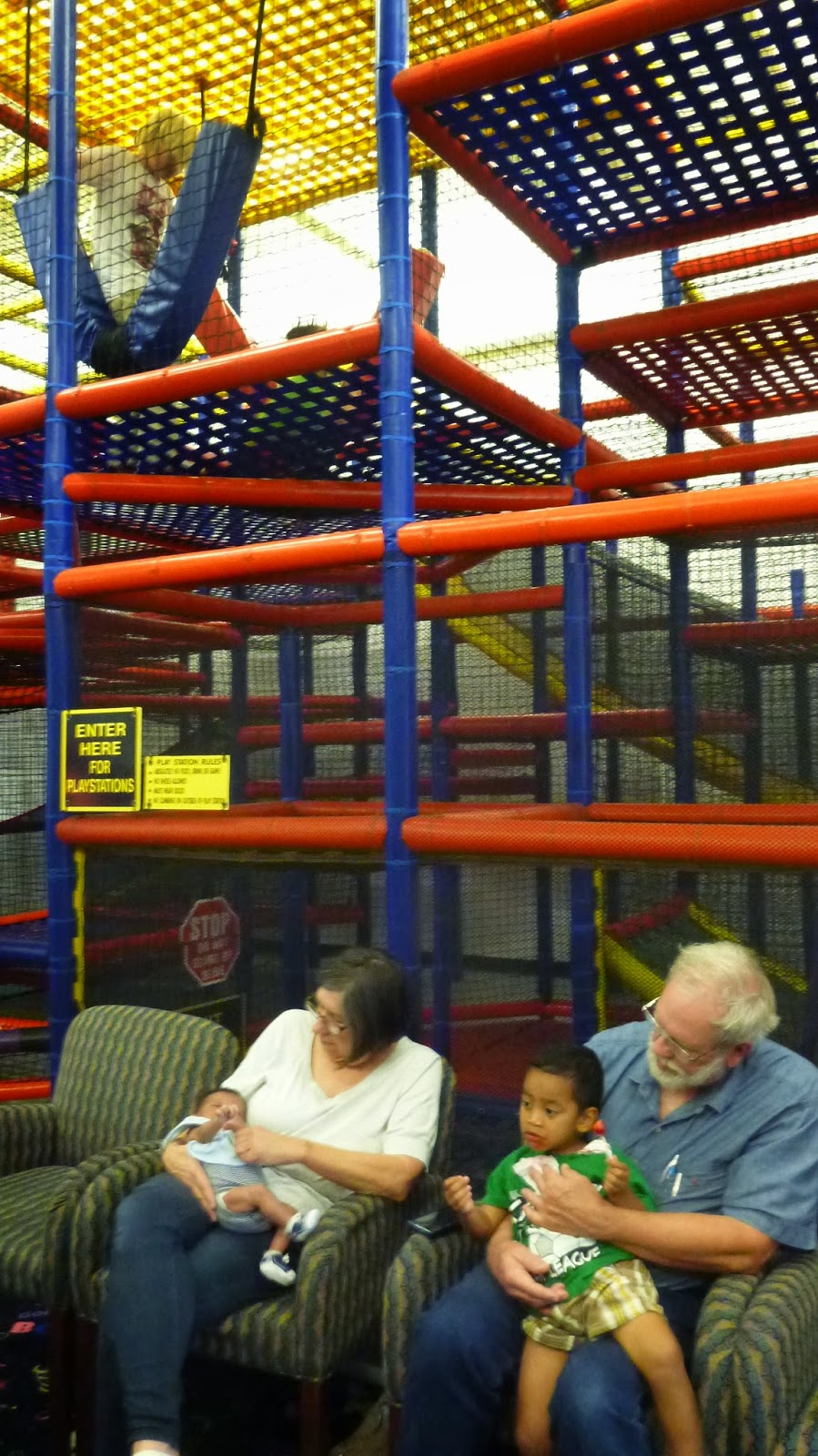 C had bought the kids a slip 'n' slide to play on and one hot afternoon after naps we set it up.  Fire and Sky still don't have the running and sliding part figured out but that didn't really matter.  They played in the water, chasing and splashing each other.  They do miss having other kids to play with but they're getting really great at playing together. 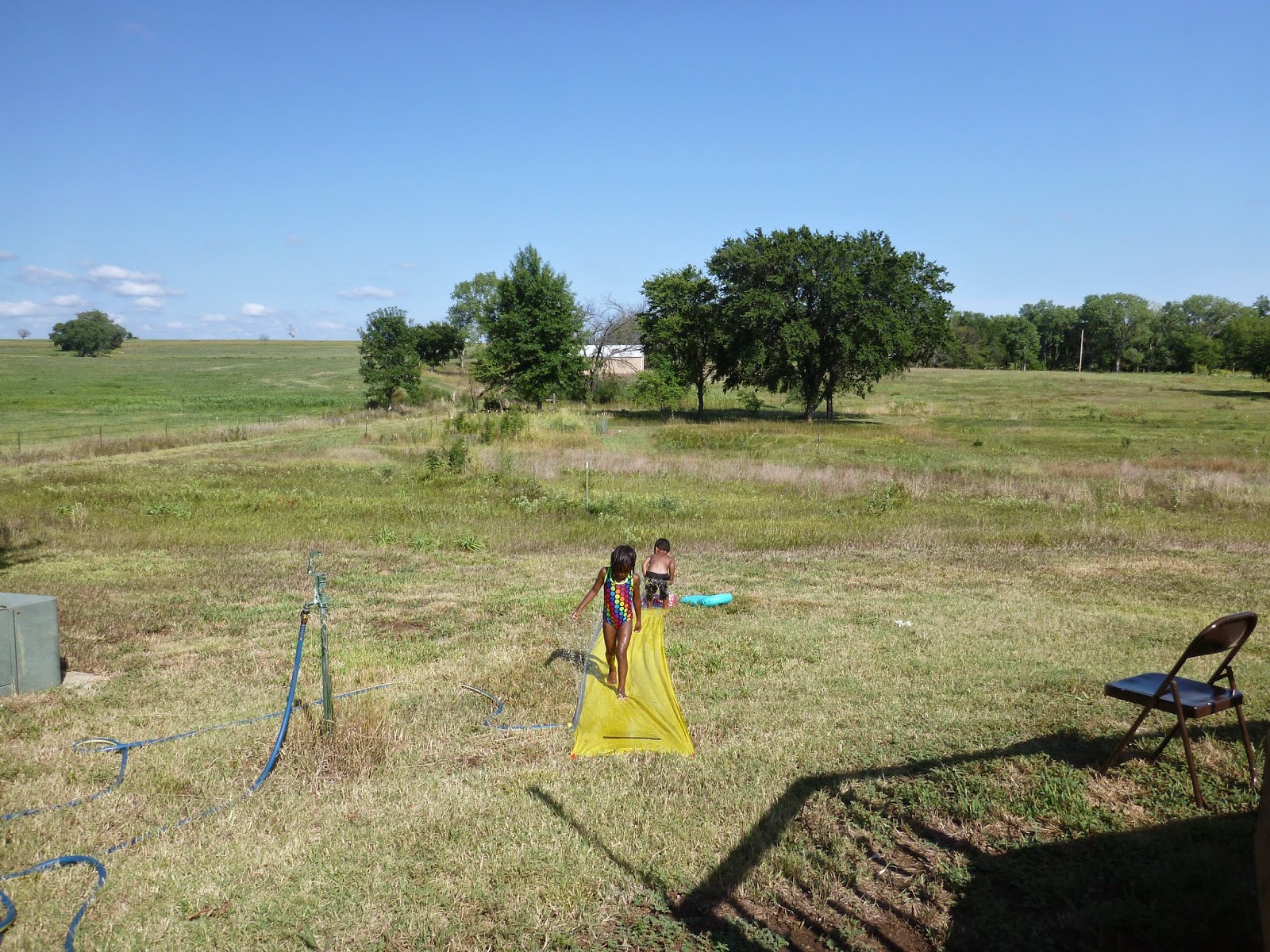 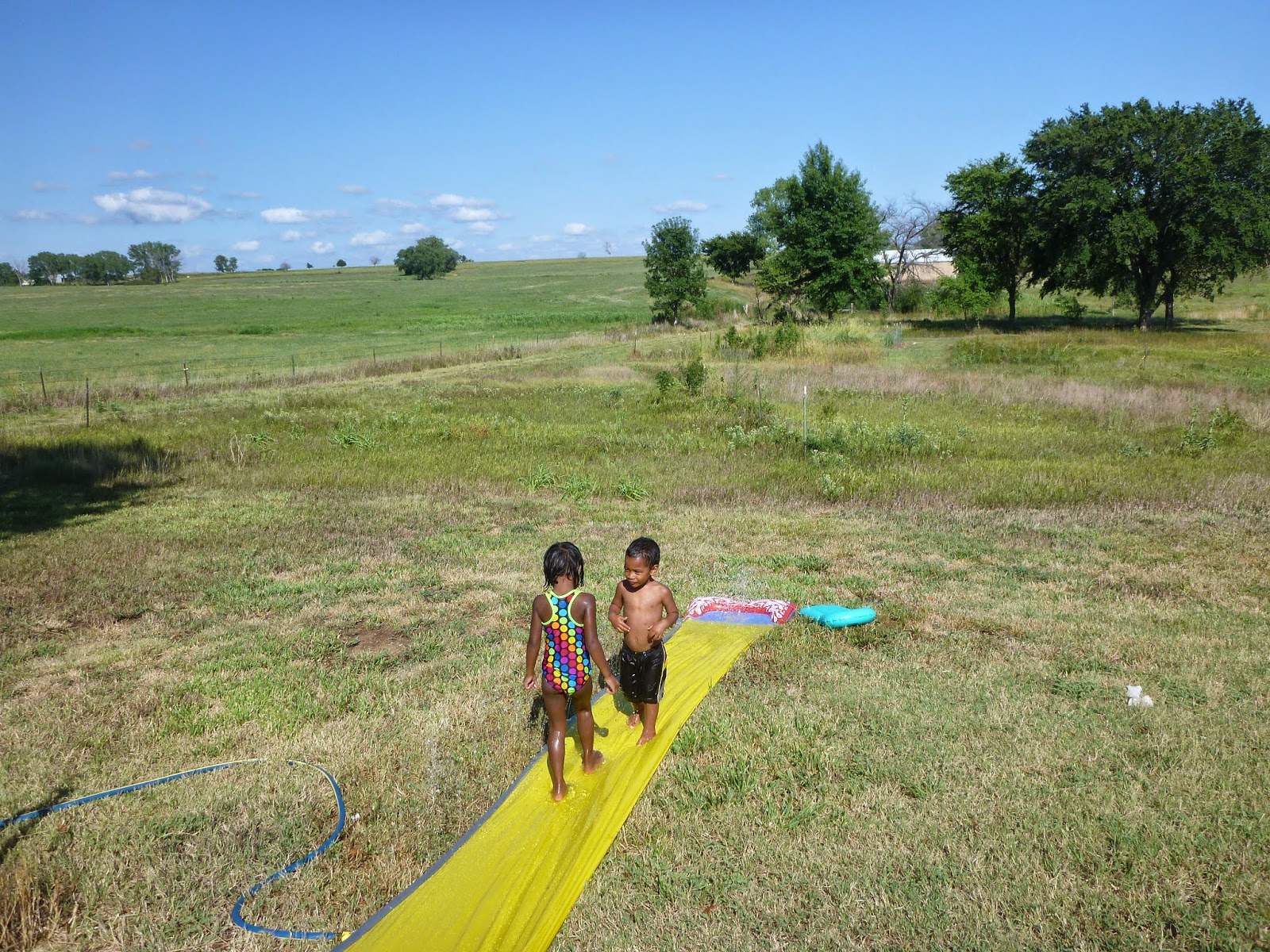 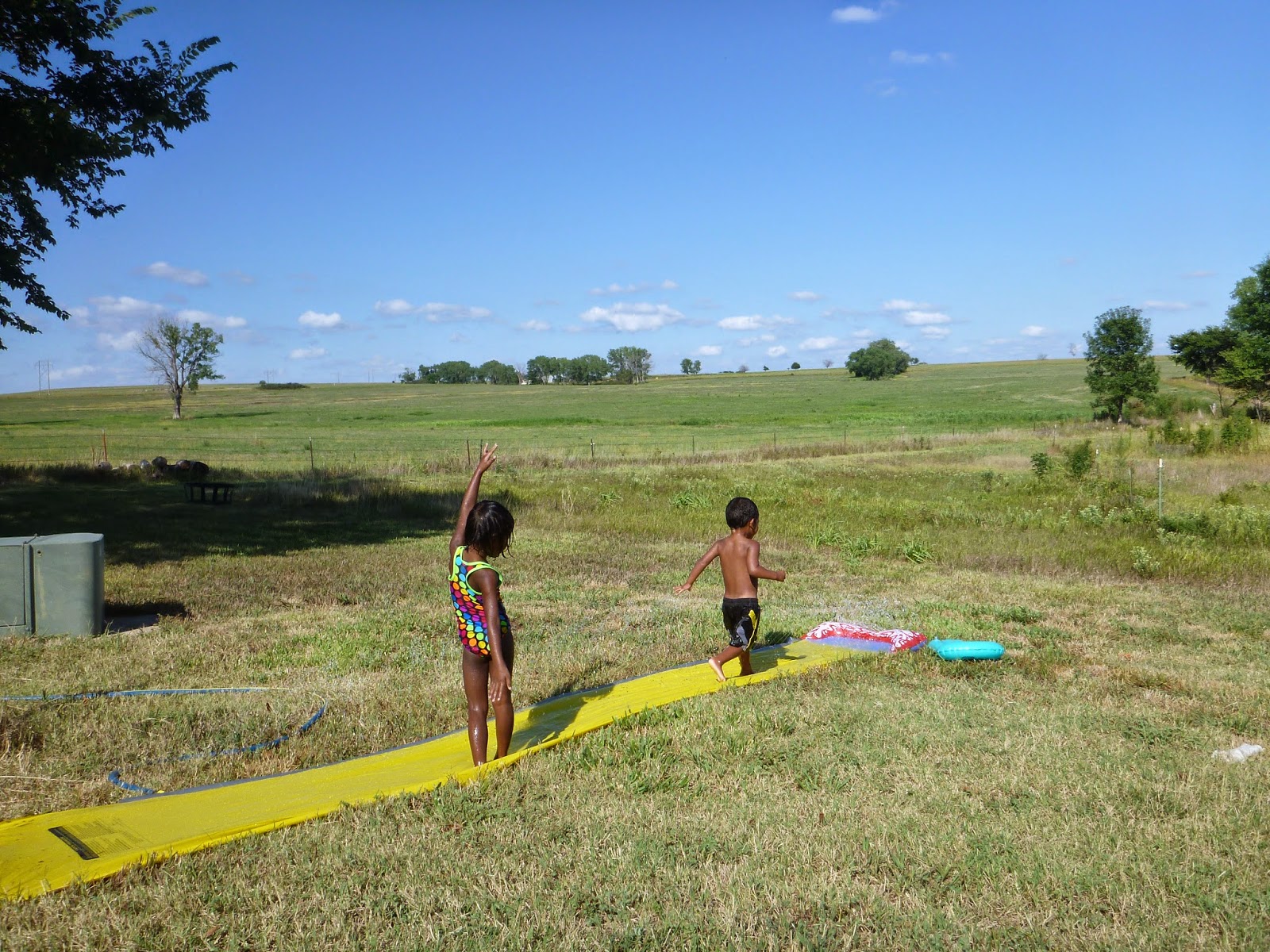 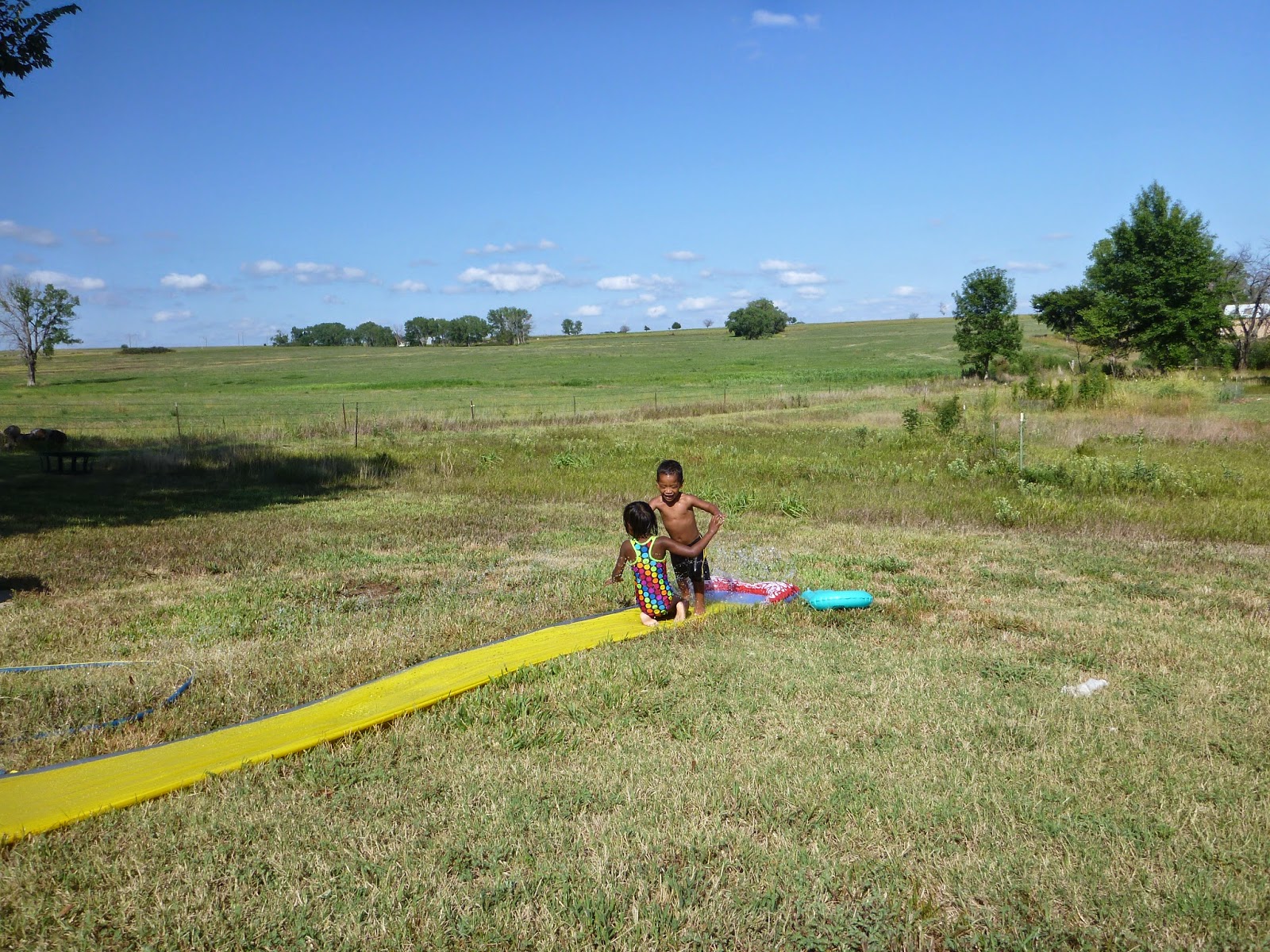 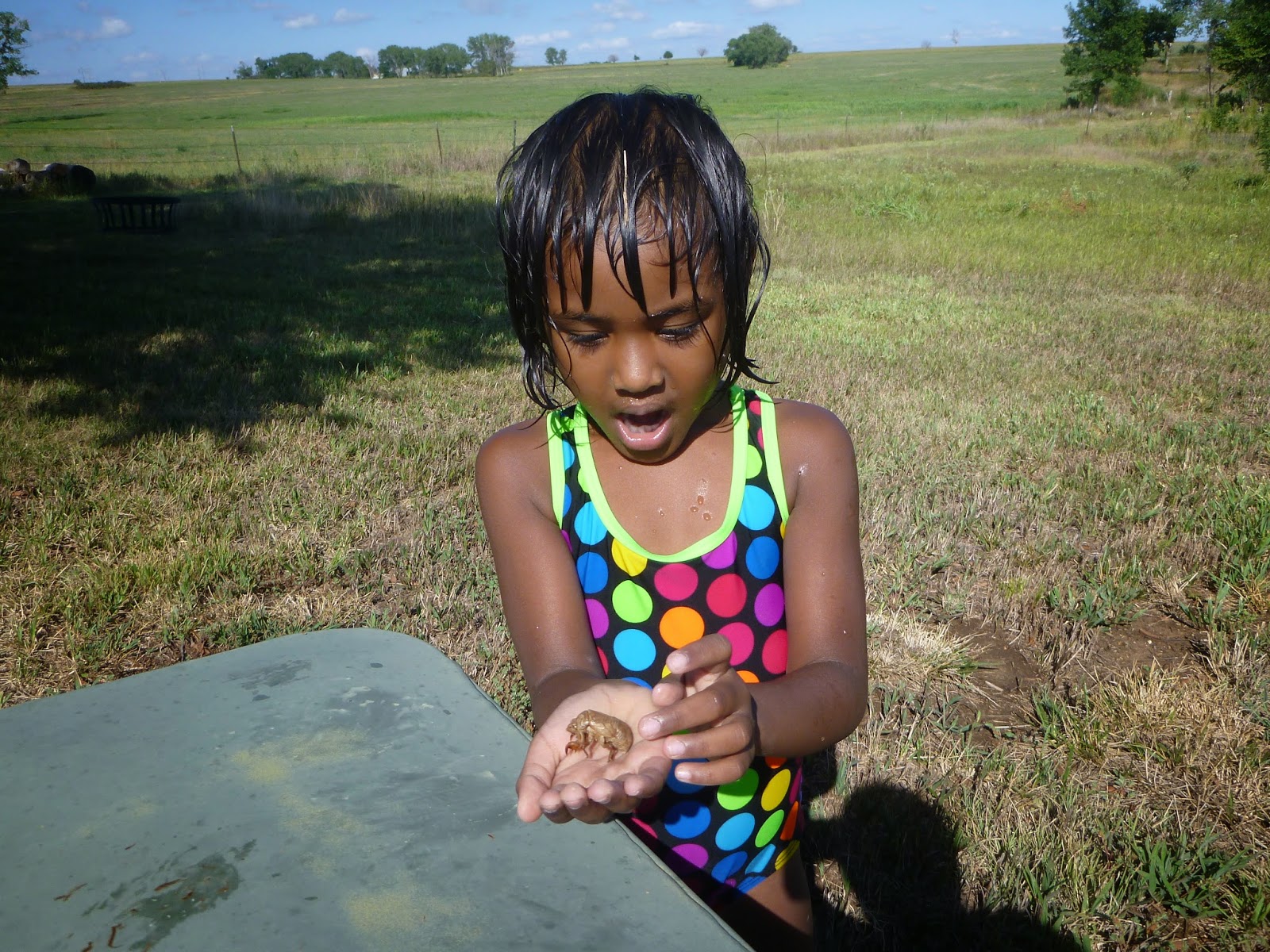 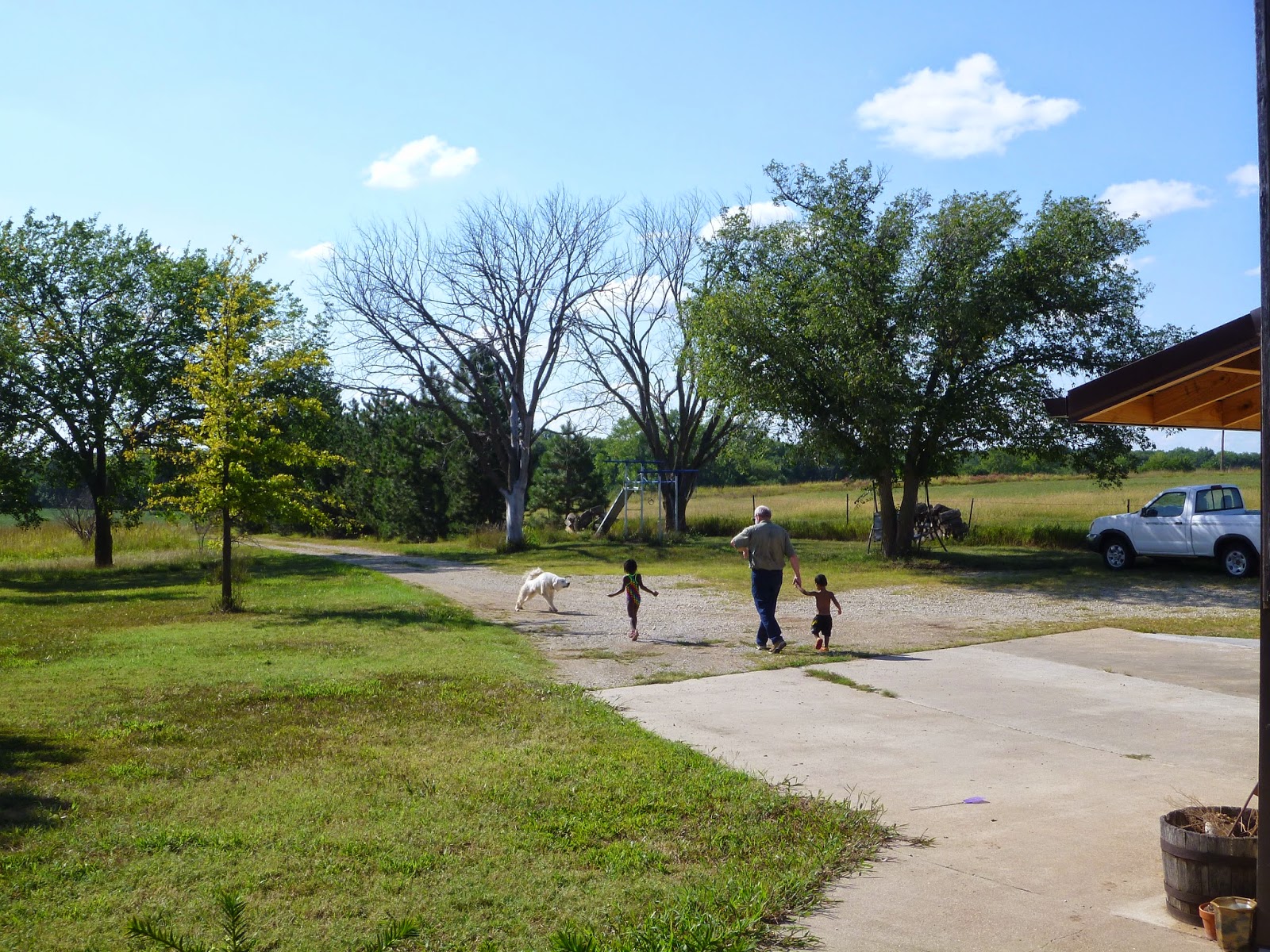