The Kansas State Fair, the Alabaster Caves and a Texas Wedding

A few days before we started the RV part of our adventure, my brother and his family arrived in Kansas so that we could spend some time just with each other.  They're kids are really close in age to Sky and Fire and they all get along really well.  Besides just hanging out at the priaire home, we decided to drive up to the Kansas State Fair.  Sky and Fire haven't seen most animals up close so we were excited to show them chickens, cows, and pigs, and introduce them to fair food.
Of course, it was baking hot when we were there but all the kids had a great time.  They loved the food and seeing all the animals.  Sky and I rode the sky ride over the fair, they ate corndogs and drank limeade, and saw a demonstration on how to give a chicken a bath (we thought that was going to be a funny show- nope.  Well, now we all know how to wash a chicken!)  They even got to hold some show rabbits and go through a petting zoo.  It was a long day but totally worth it. 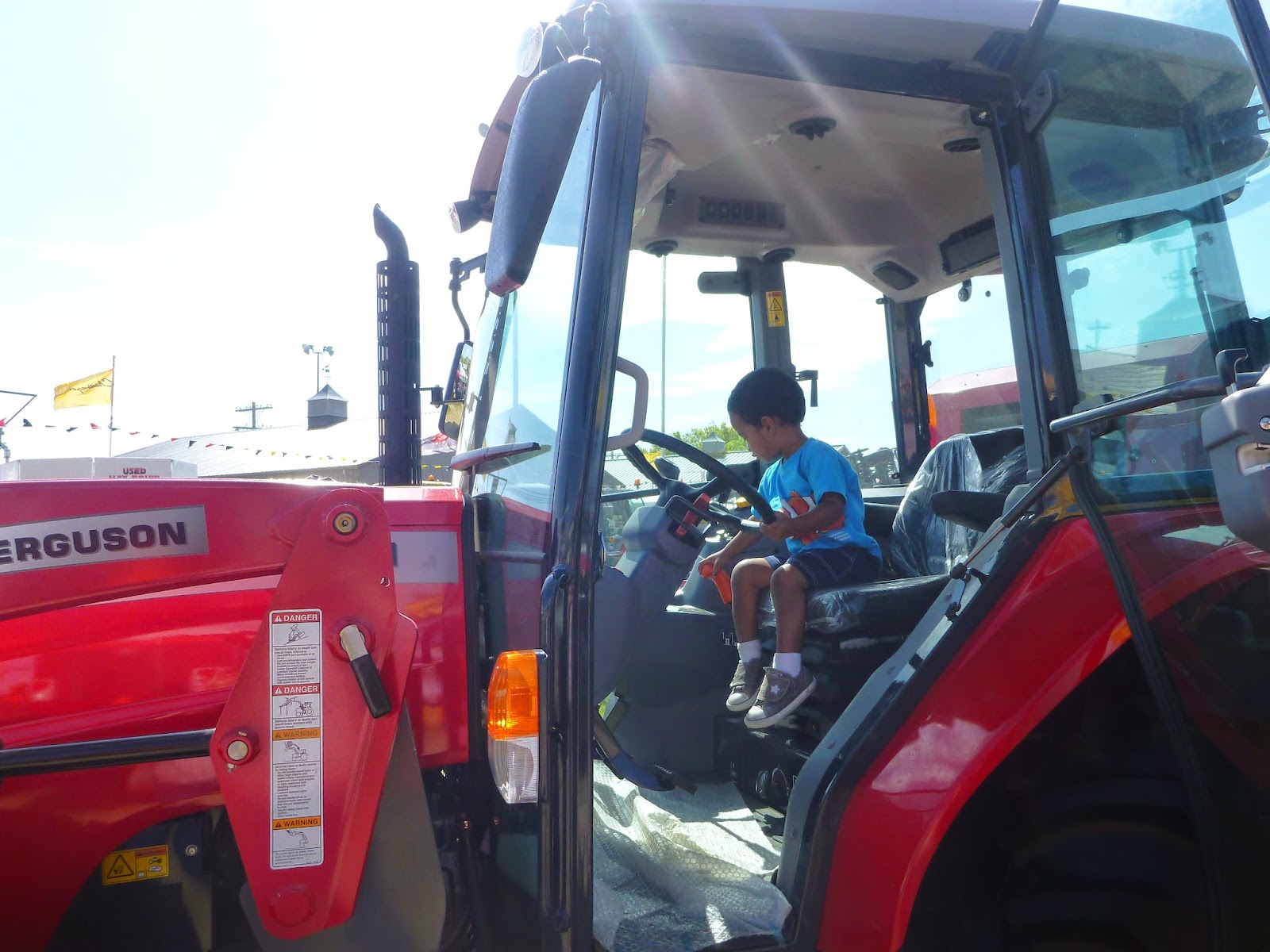 Tractors were a big hit for both kids 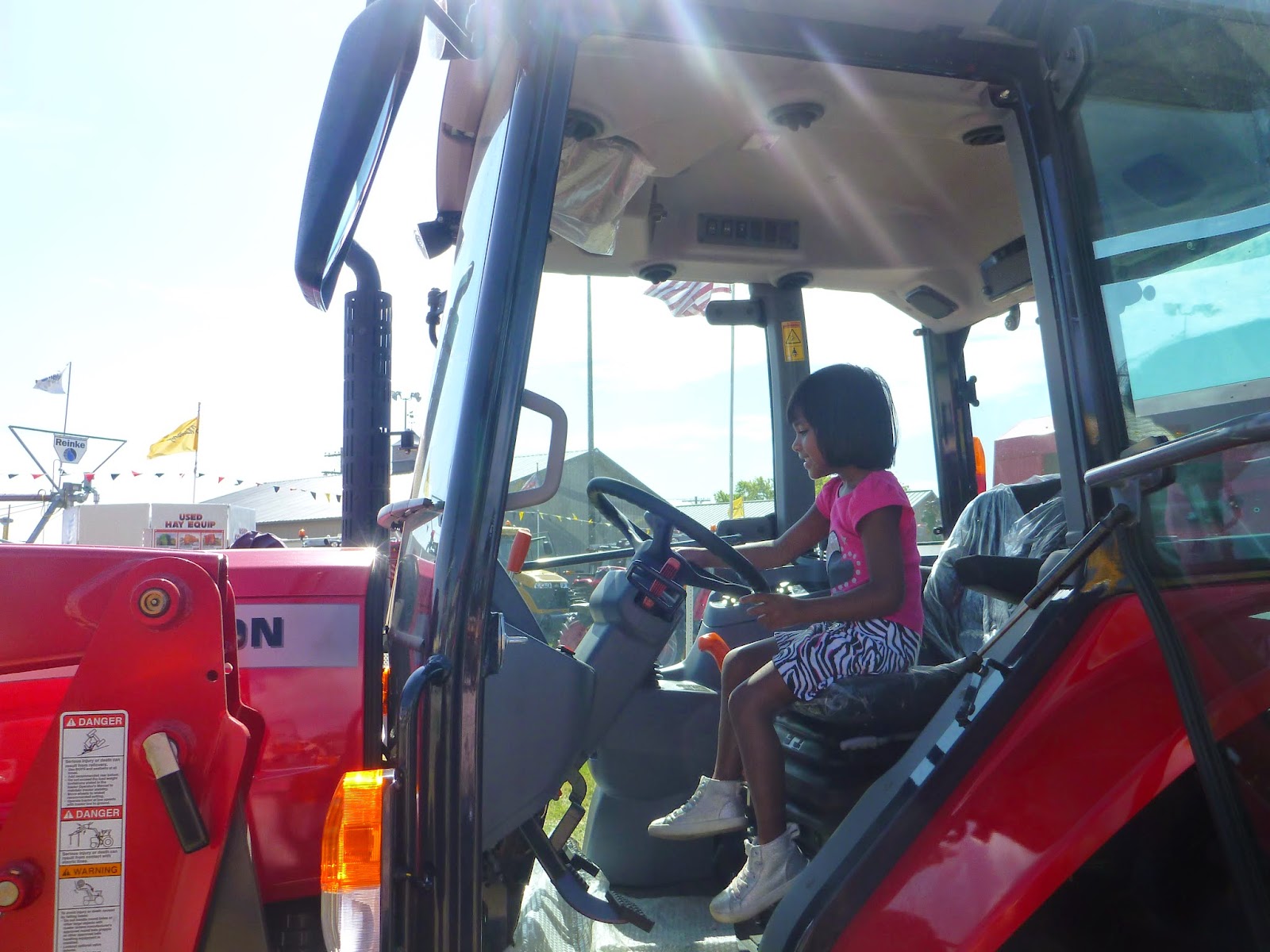 Normally we don't buy our kids useless thing when they ask for them but since we were on vacation and they weren't ever likely to see these blow-ups again, I went ahead and spent too much money on them 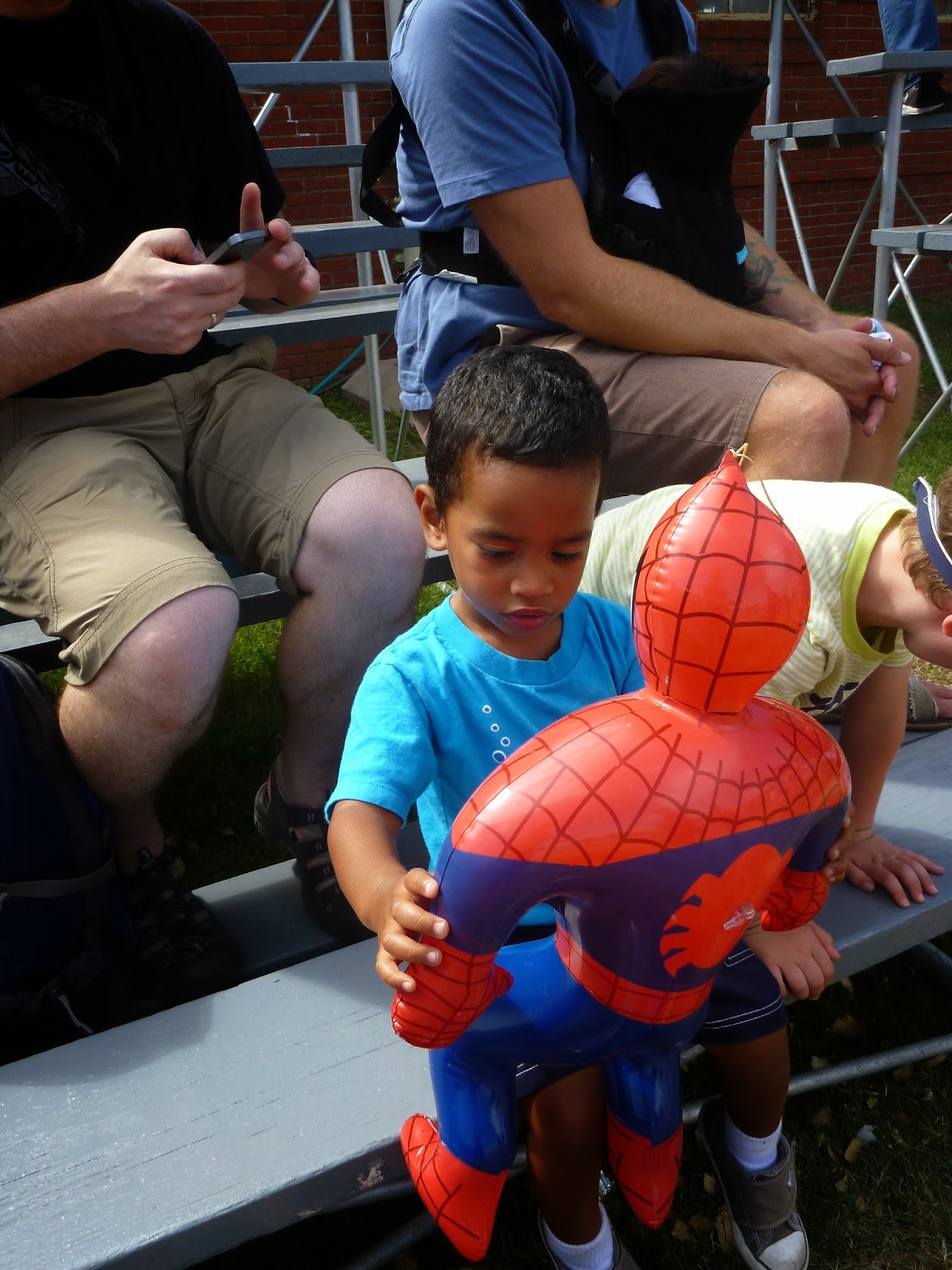 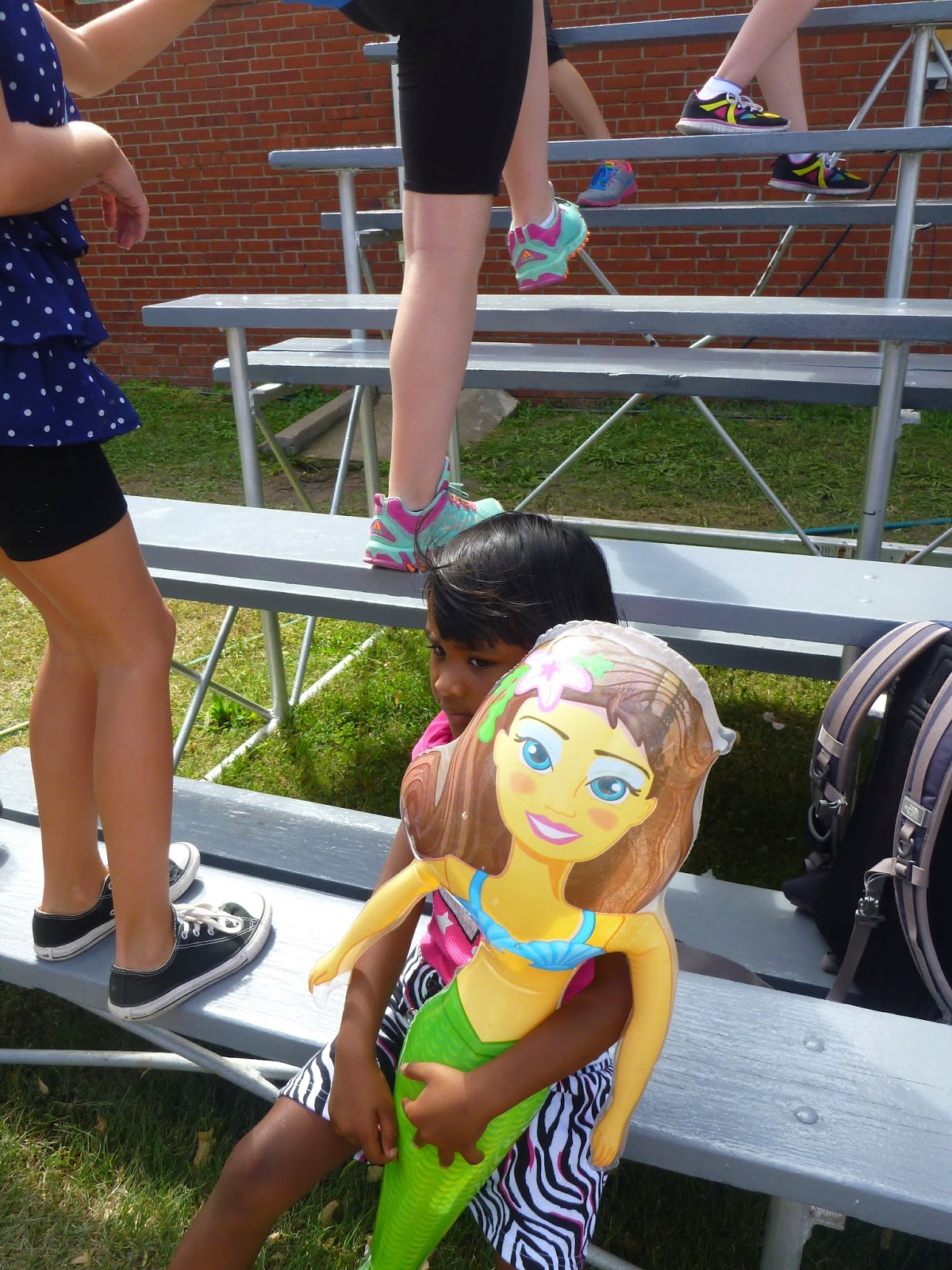 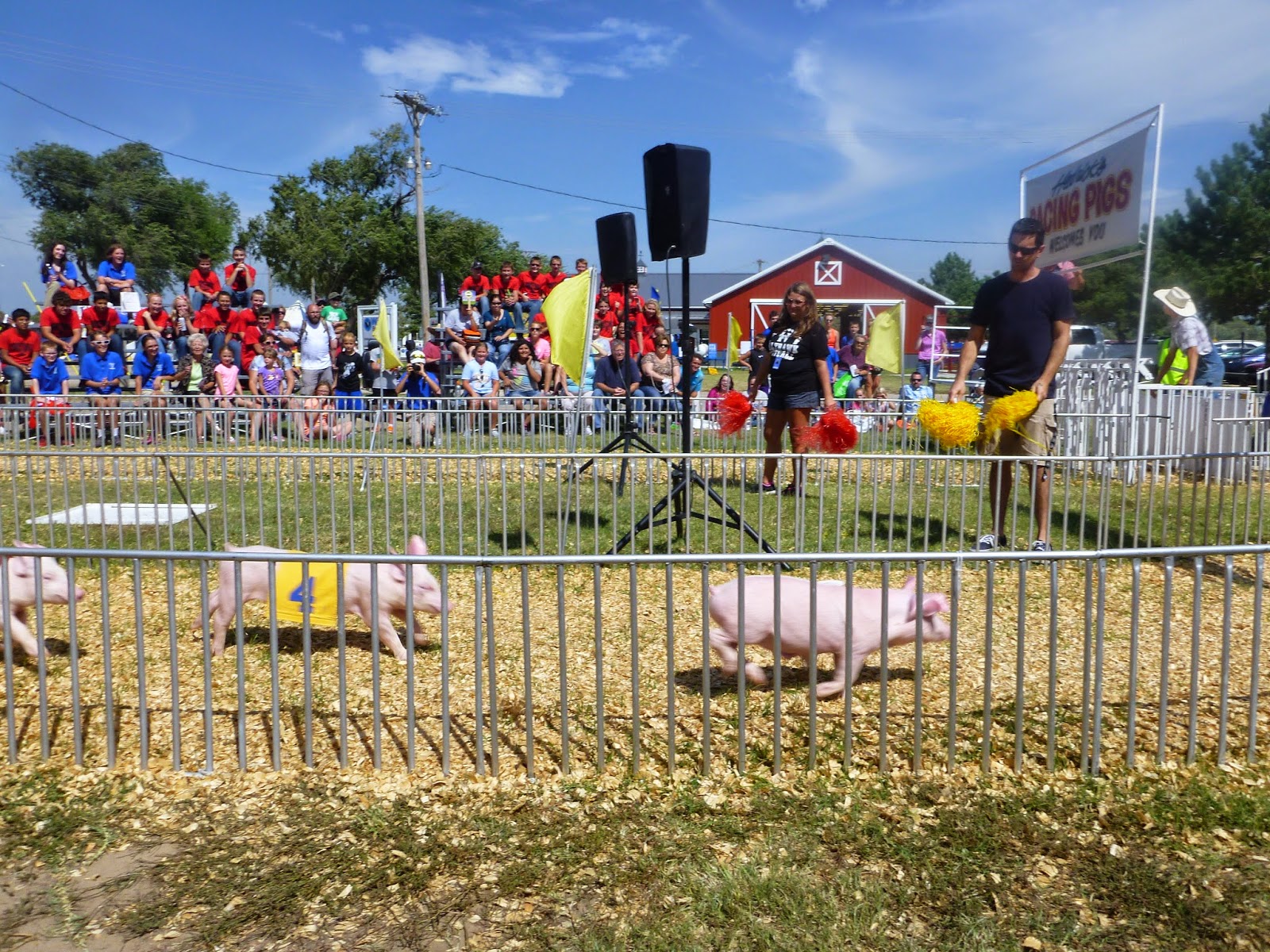 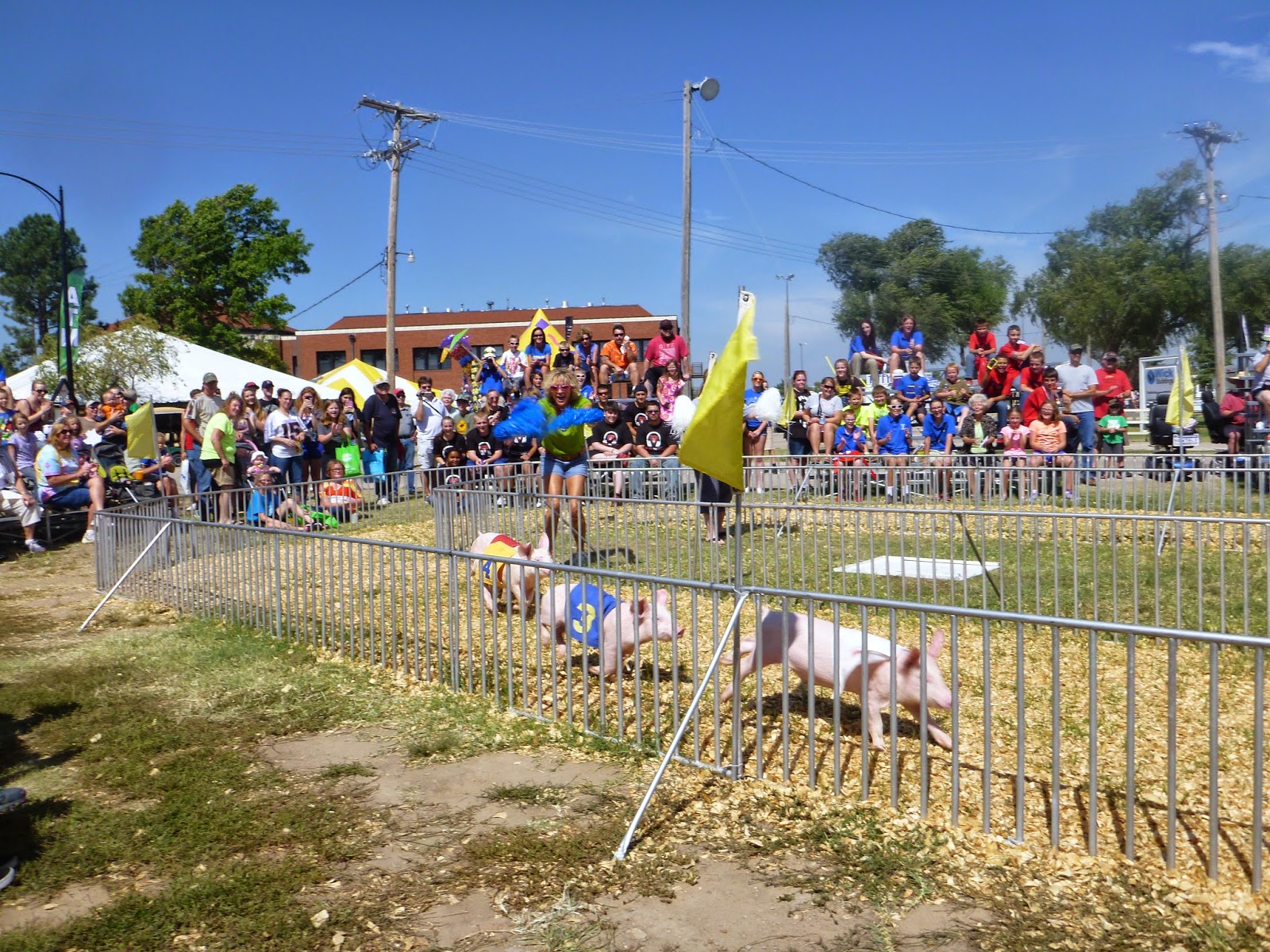 The state fair classic: burlap slide.  Both kids thought this was so much fun and wanted to go over and over 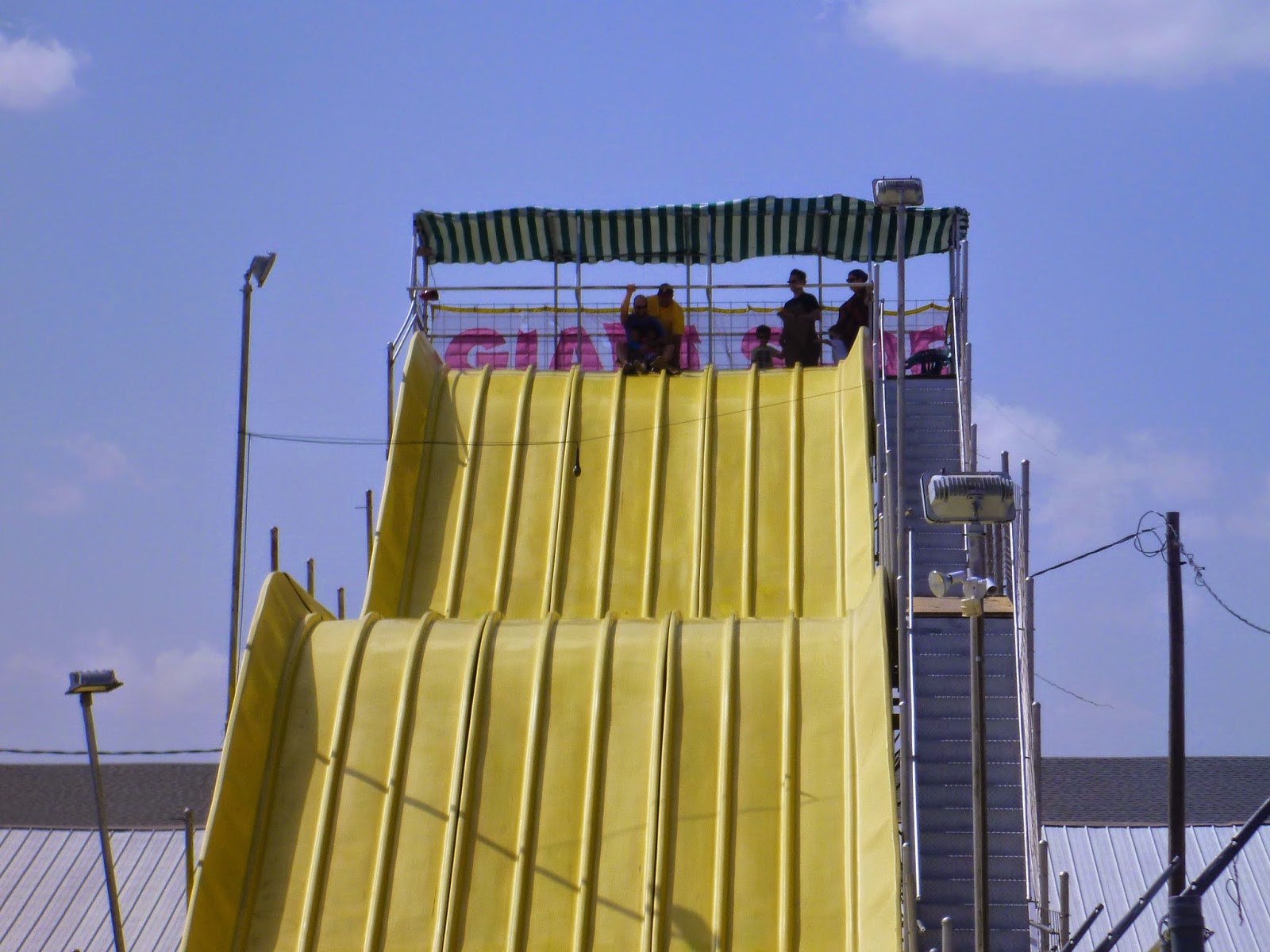 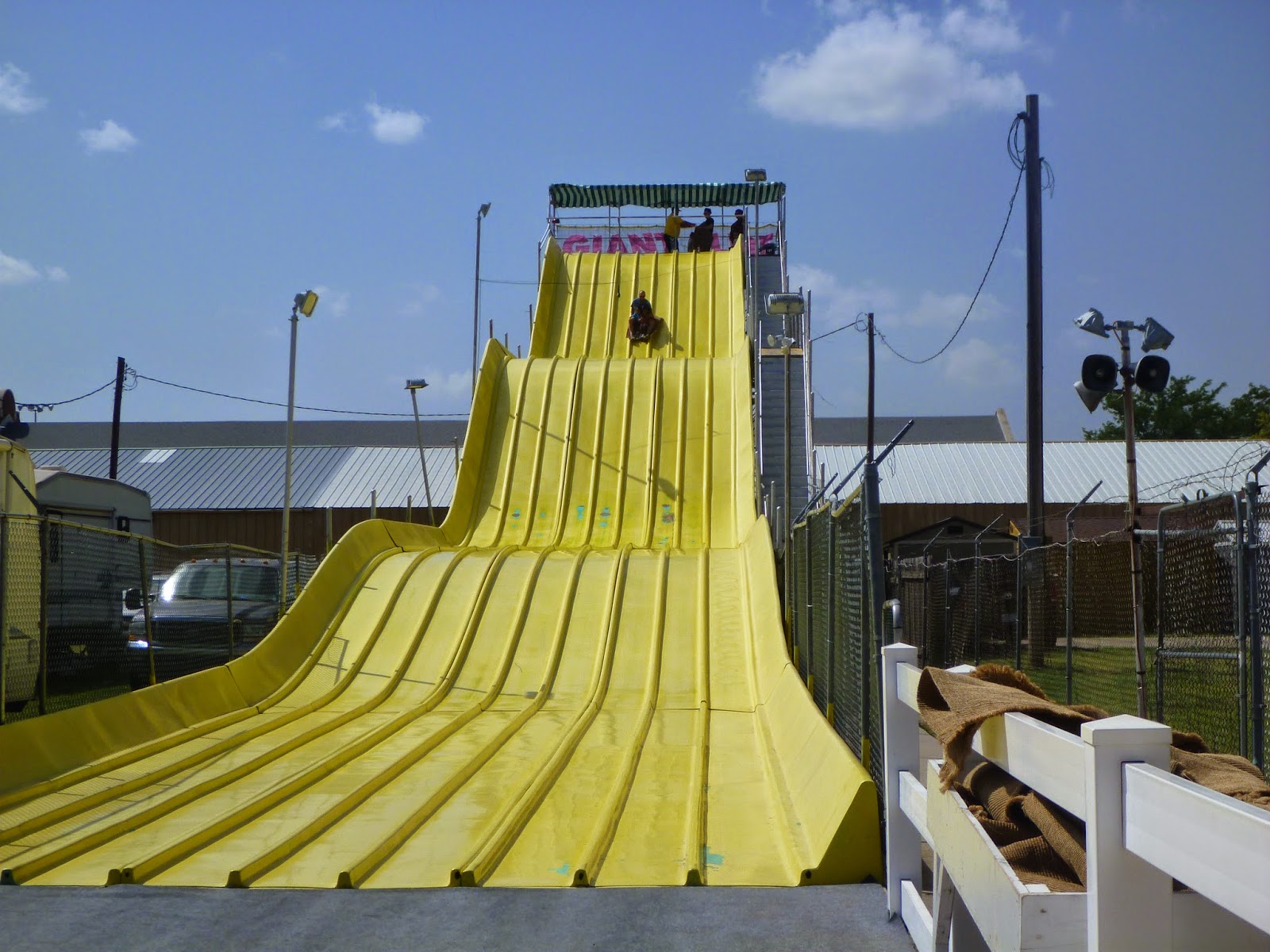 Sky and Fire just can't sit for long periods of time in car seats so we broke the drive up in to 3 hour sections and the first one took us to the panhandle of Oklahoma and the Alabaster Caverns State Park.  We stayed there for two nights, getting used to the RV and letting the kids play.   Of course, we also toured the Alabaster Cavern.  It was the first time any of the kids had been in a cave and they loved it.  Sky got a little scared when they turned all the lights off and Fire like the the mud a little more than I wish he had but I'm really happy we got to go through. 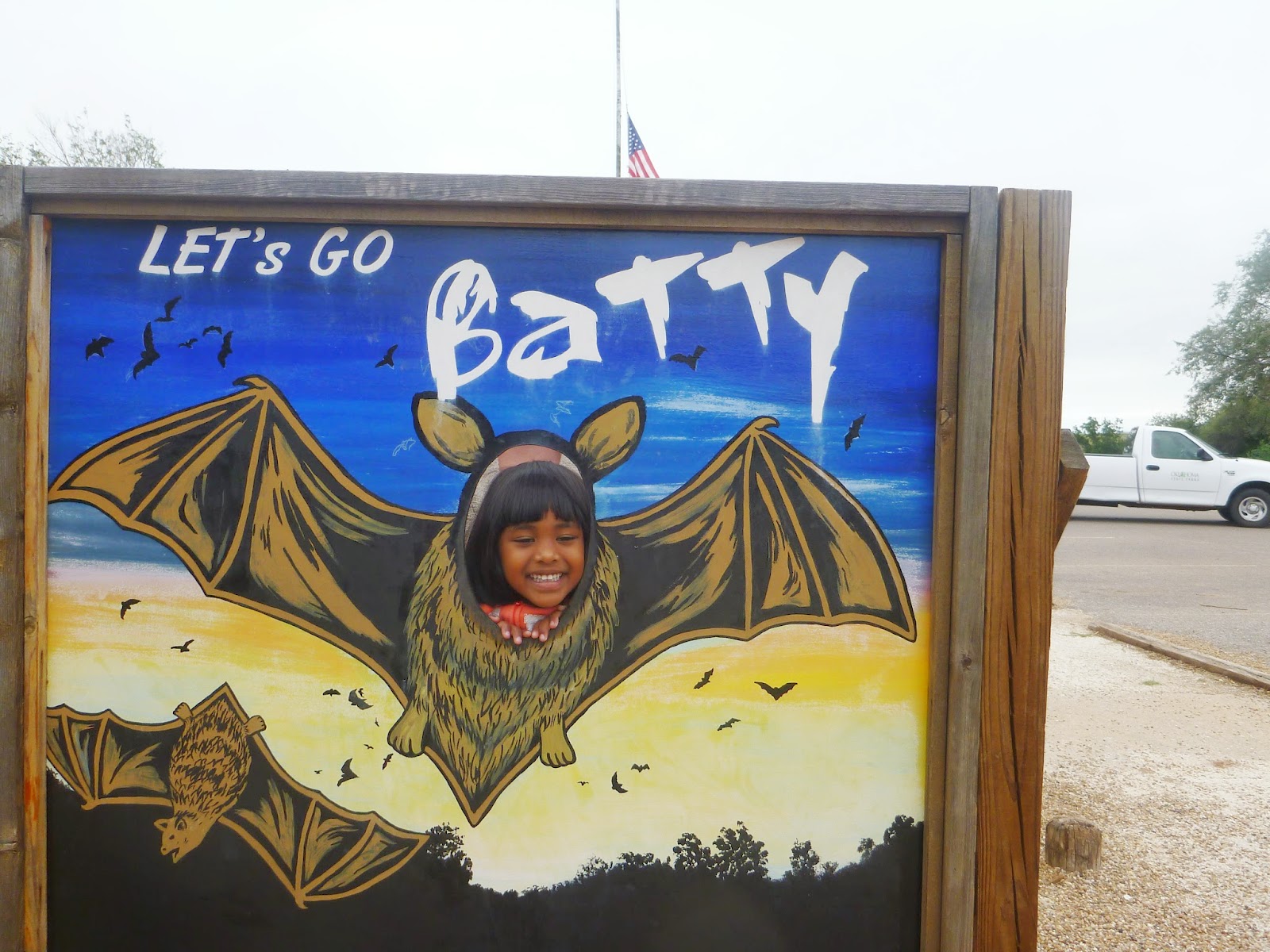 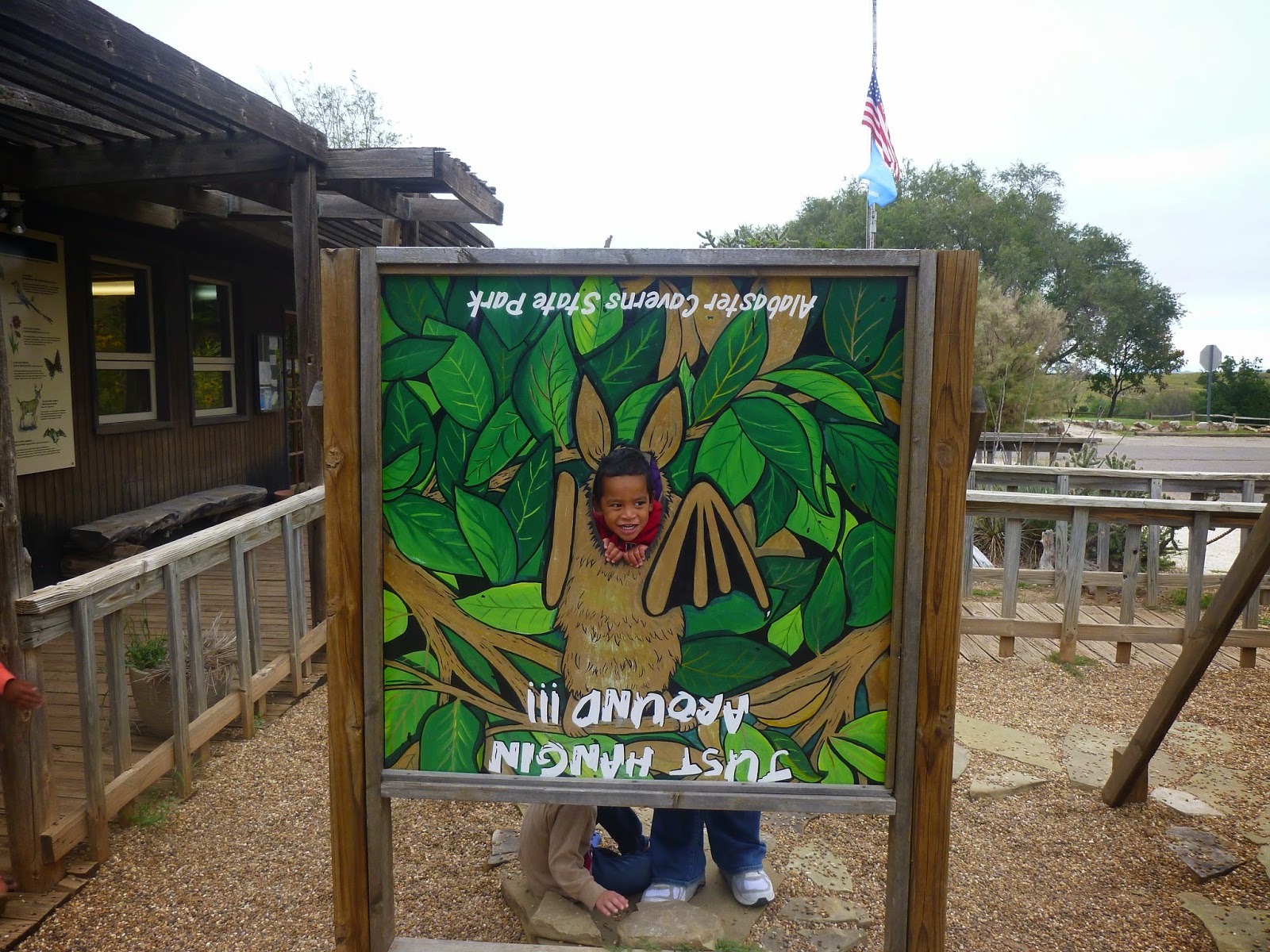 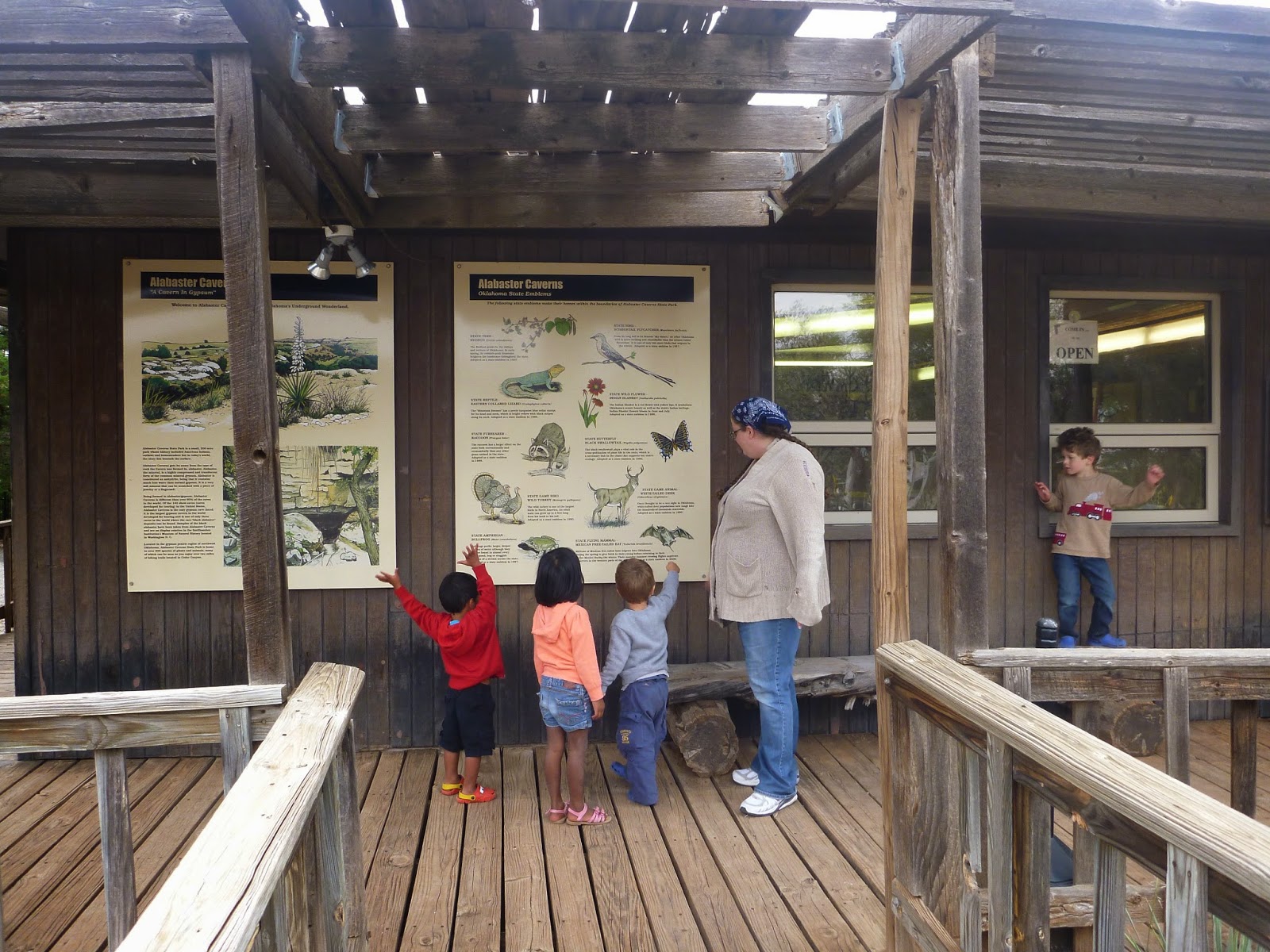 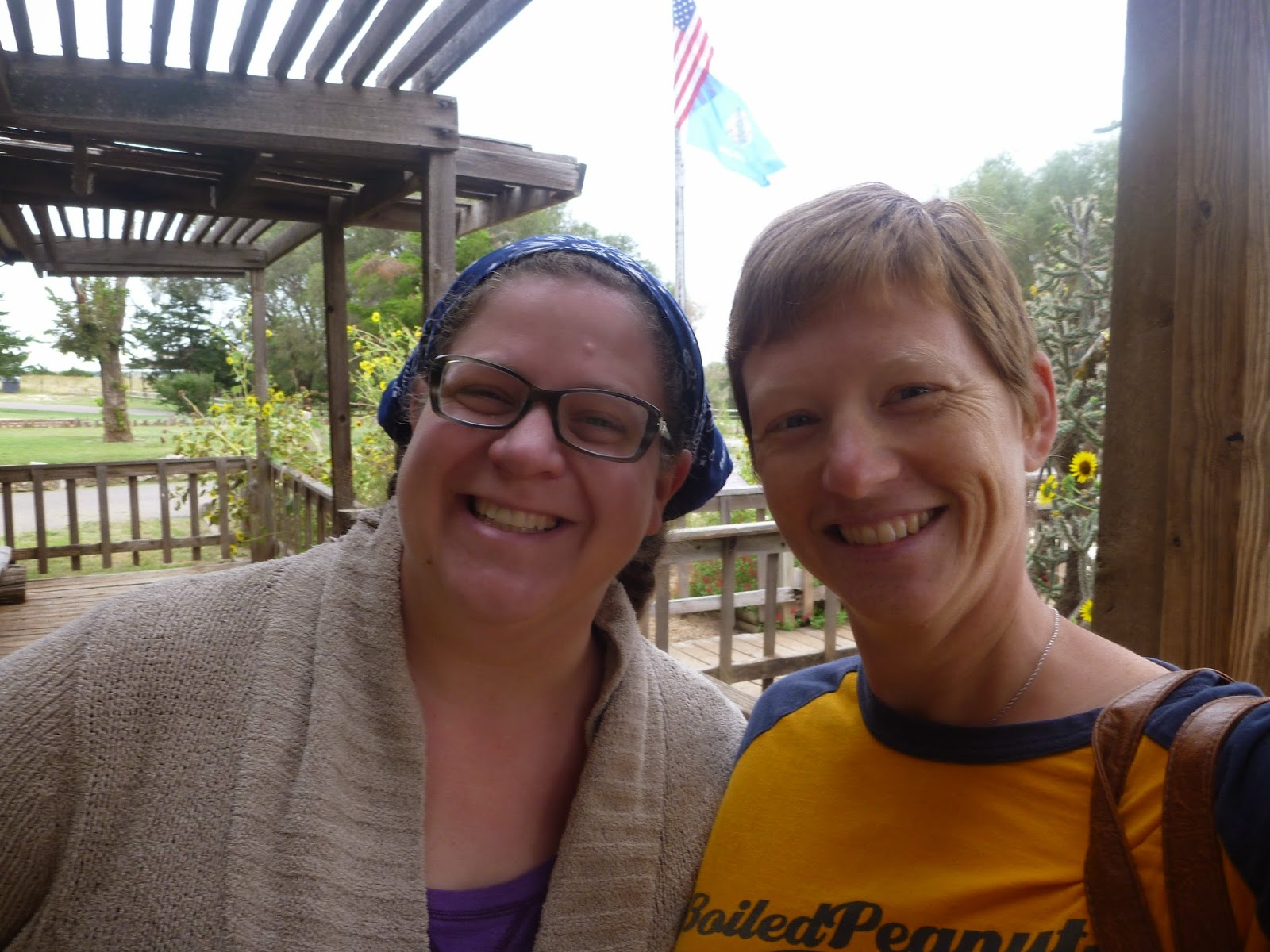 My sister in law L and I 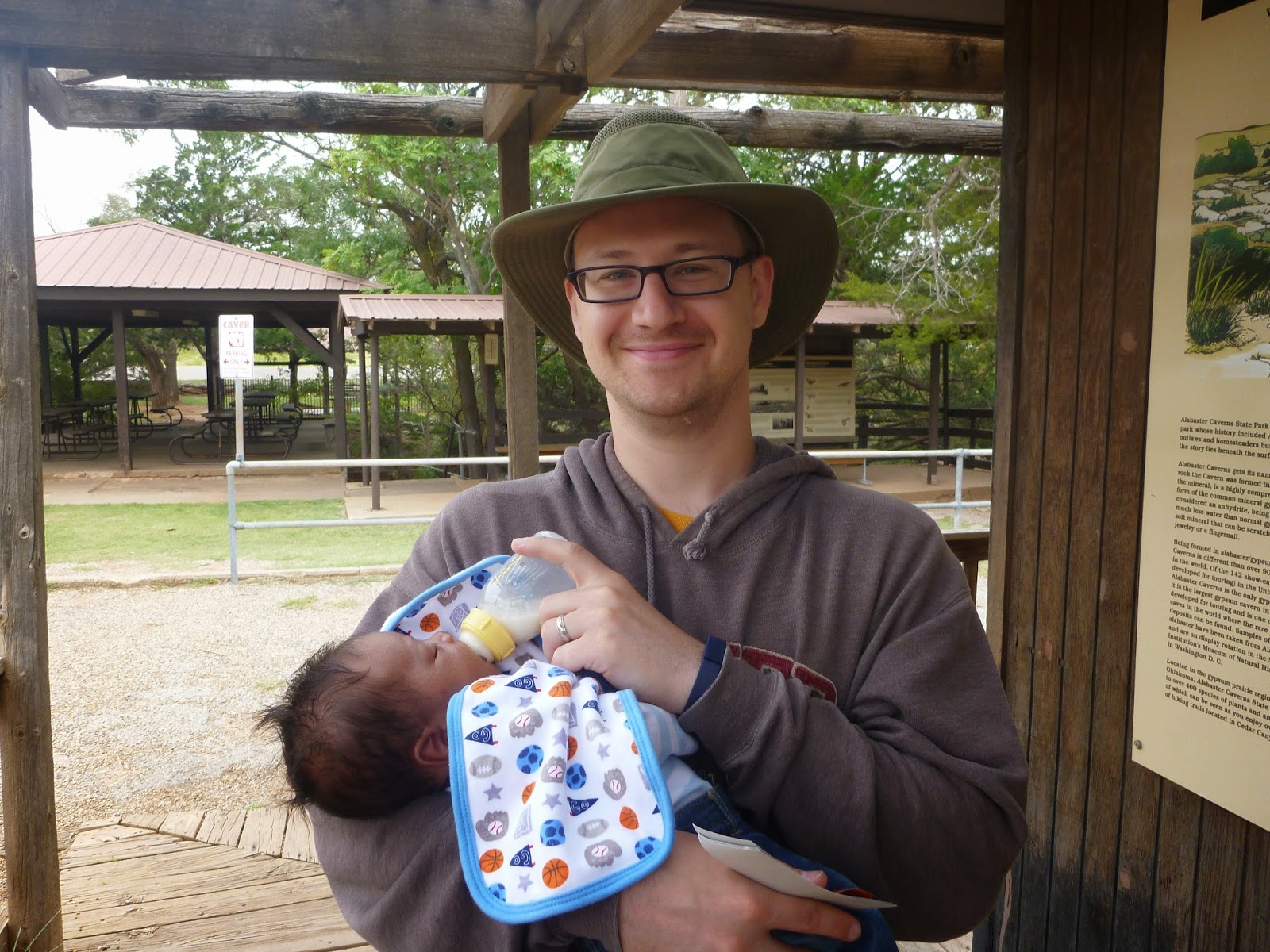 Down, down, down to the caves 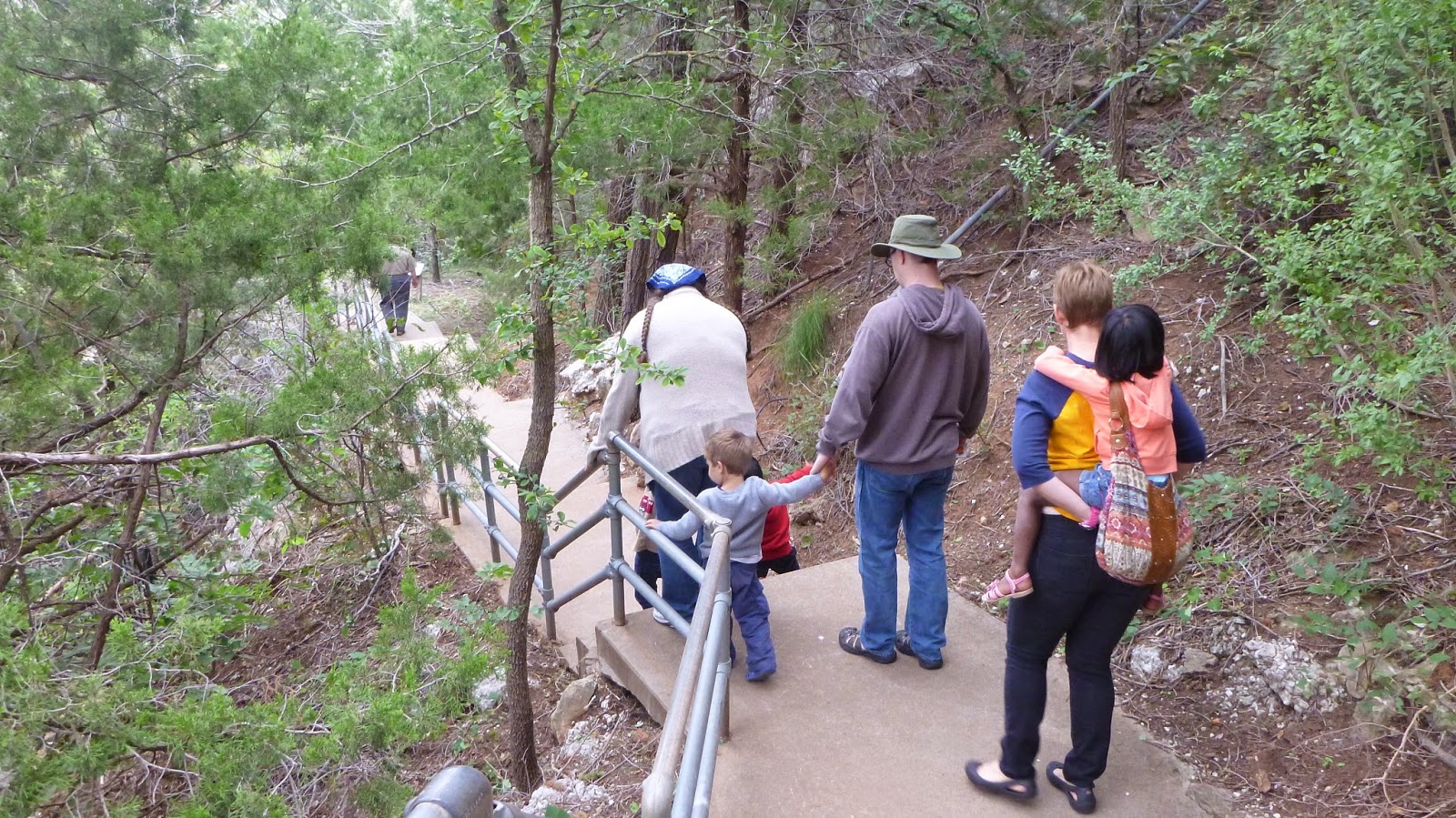 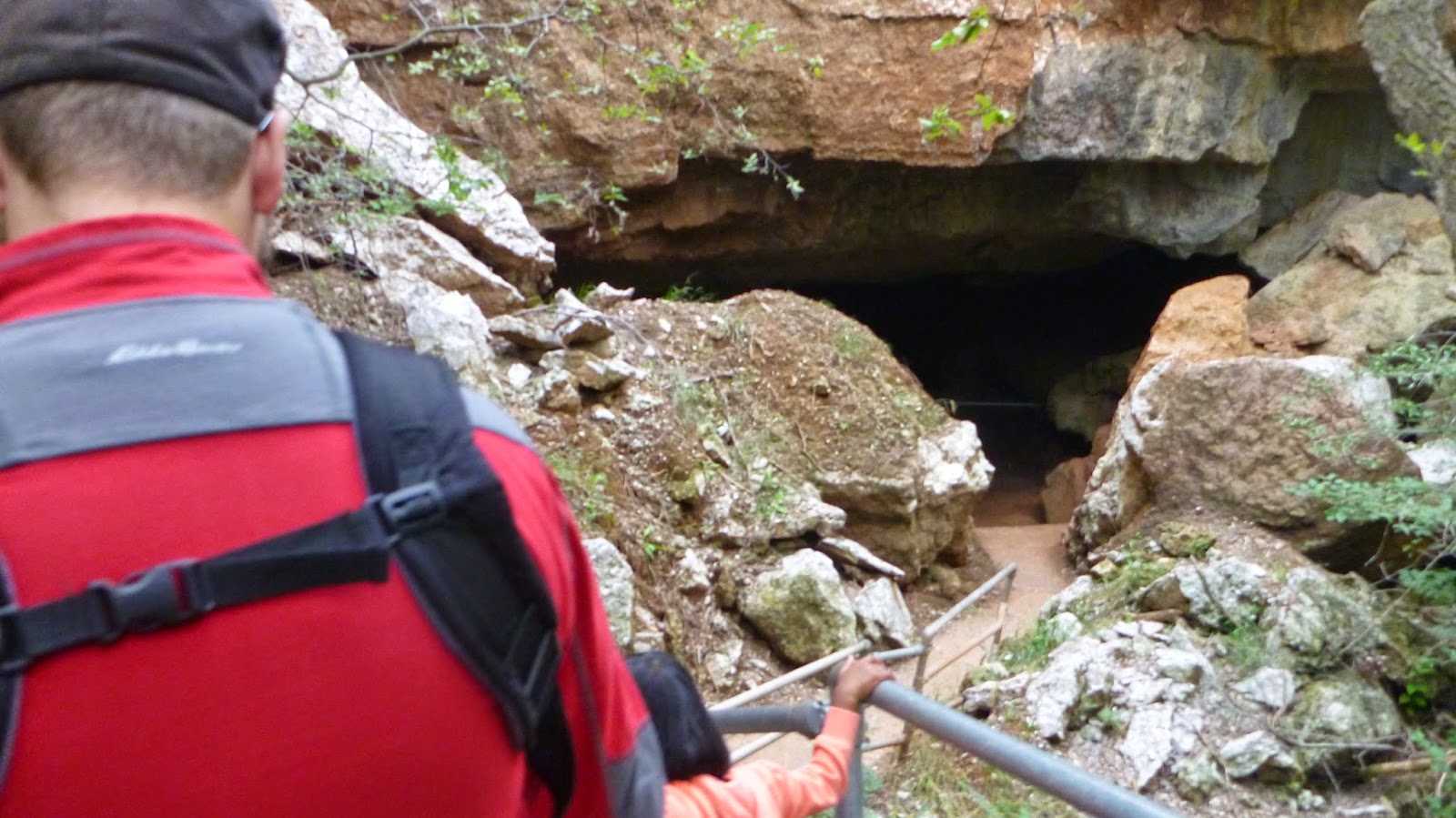 Next stop, Amarillo.  We stayed at an RV park right across from a huge water park- David picked it just for that reason.  One problem: water parks in America close on Labor Day.  It was freezing cold anyway but Sky would still point it out ever time and say, "we should go there!".  You can't go to Amarillo without going to the Big Texas restaurant, so we did, and got the must have photo of the kids with a giant bull after dinner. 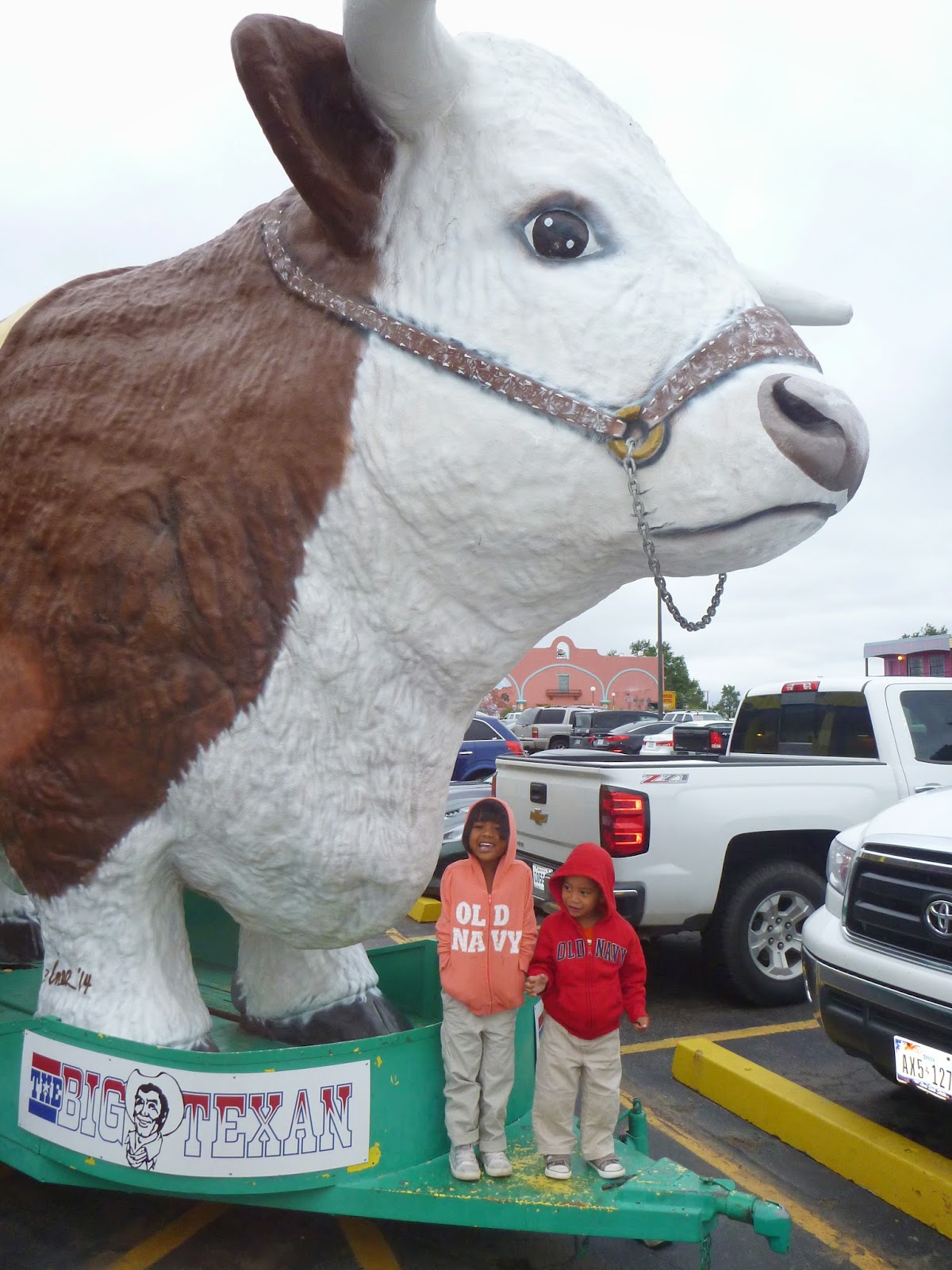 We were there for my cousin's wedding.  A bunch of my family had come, in part because we said that we would be there.  We had RSVP'd long before we started Water's adoption process and a few steps into it, it became clear that we could never afford to go.  But mountians moved and miracles happened and Water was born at just the right time for all of us to be in the states in time for the wedding.  Some of my family hasn't met any of my kids so I was so happy that things worked out the way they did.  My cousin's wedding was beautiful and everyone had a good time.  It was pretty neat to spend time talking to my aunts and uncles as an adult and a parent- it changes your relationship and give you more to talk about.  I miss them all so much and being able to see our family so rarely is one of the hardest parts of living overseas. 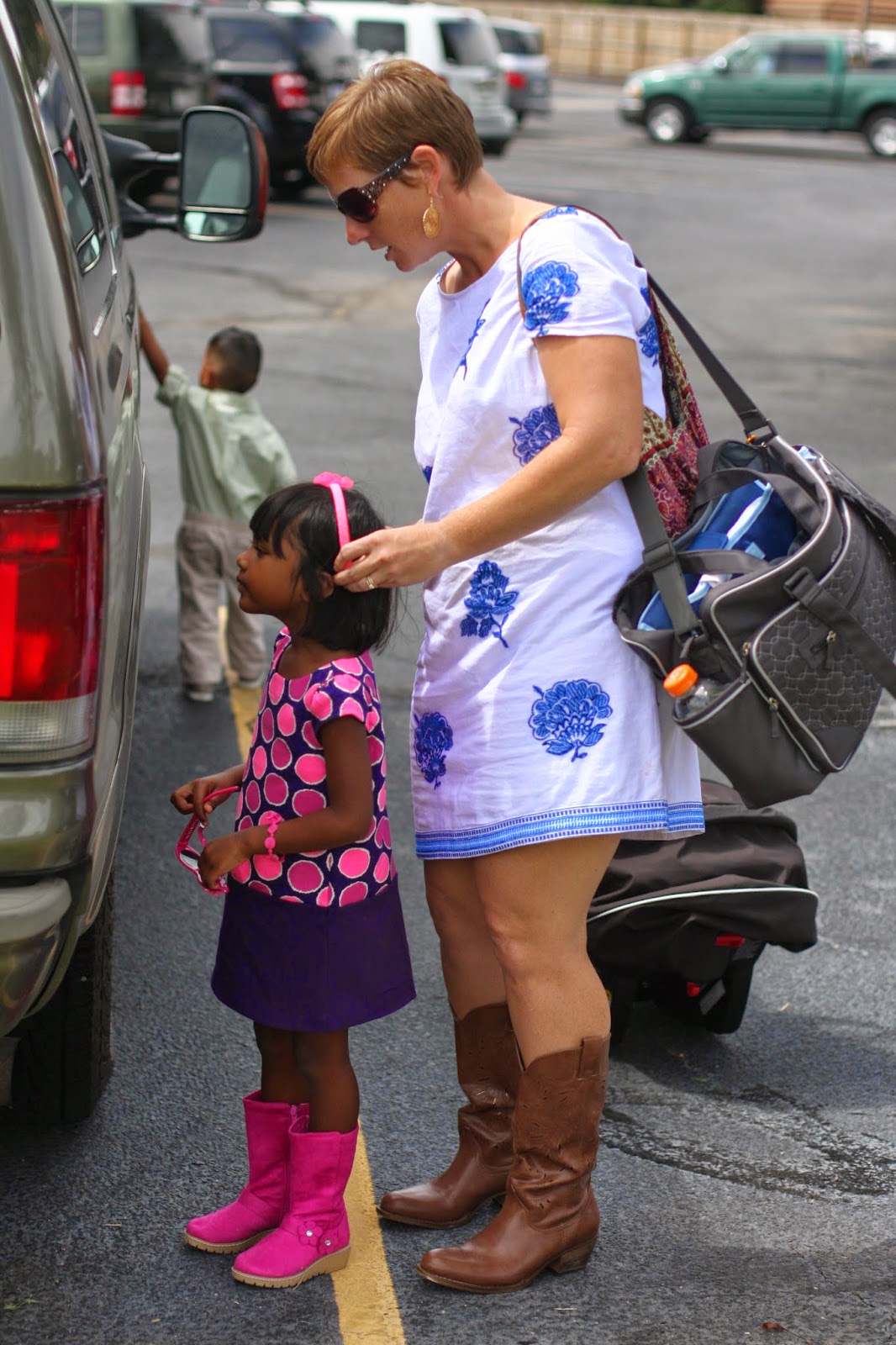 Sky picked out this outfit all by herself.  It was all about the boots though; she had to have them so everything was bought to match. 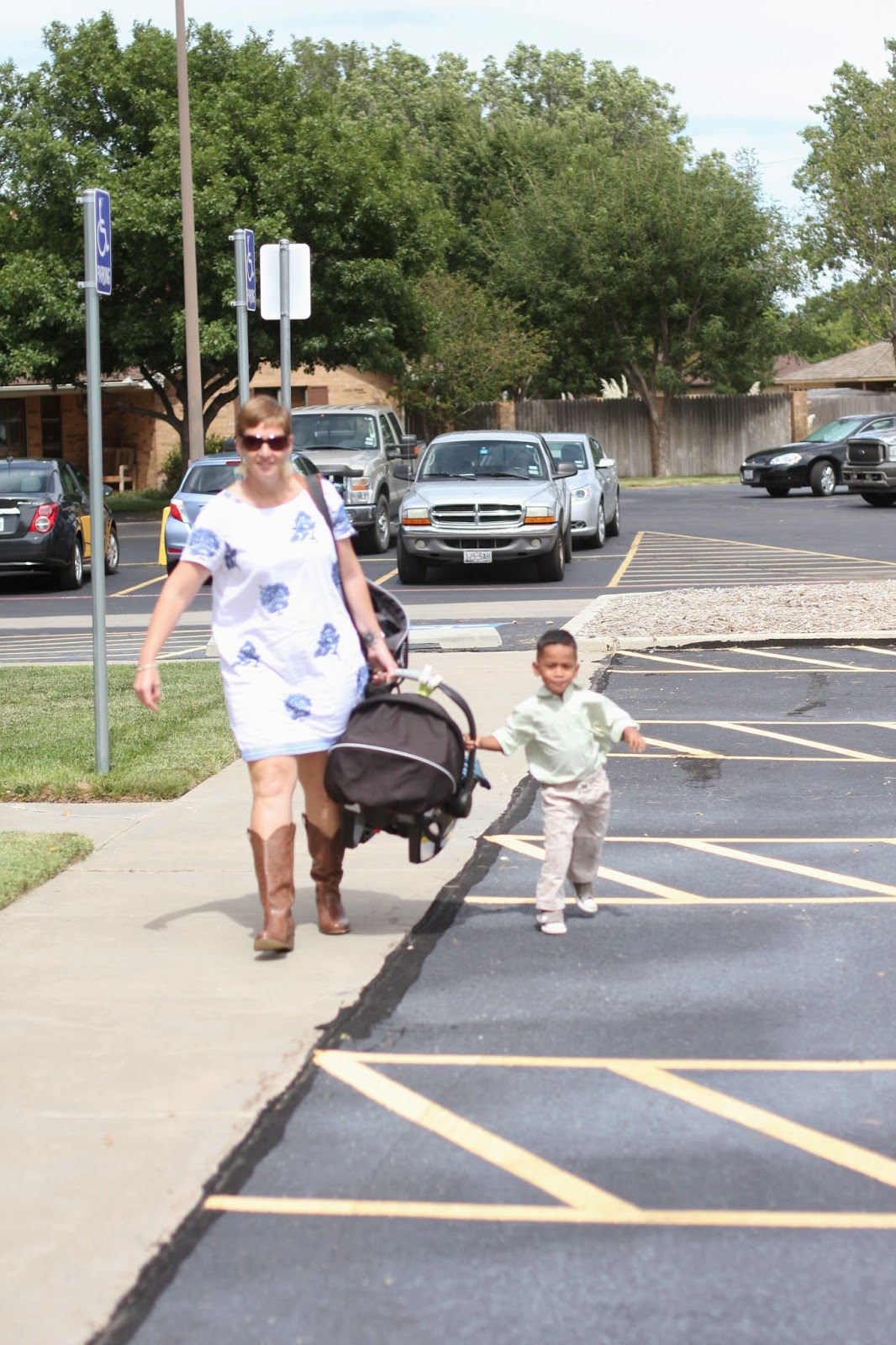 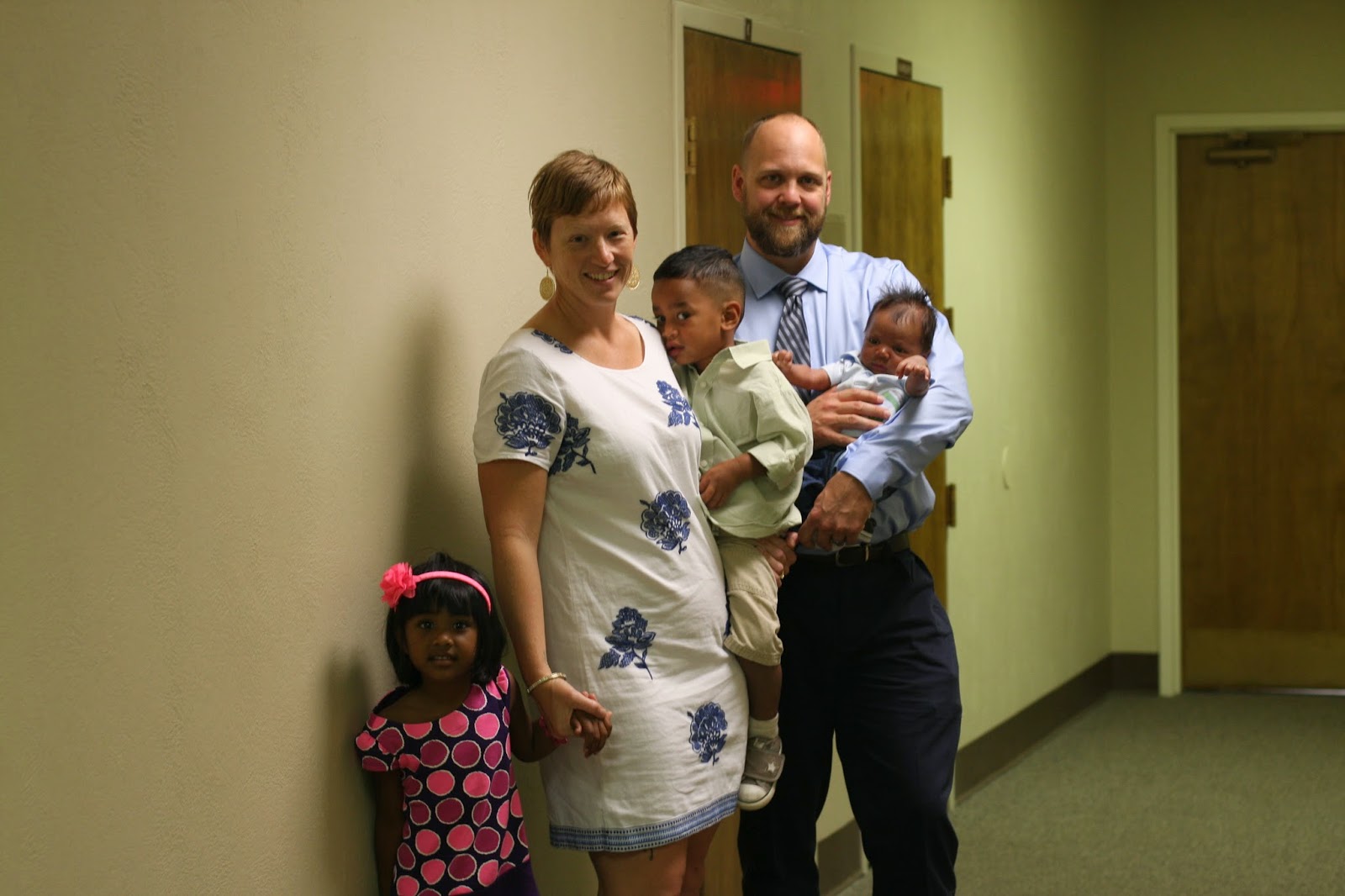 Our first picture as a family of five!

The kids table at the reception 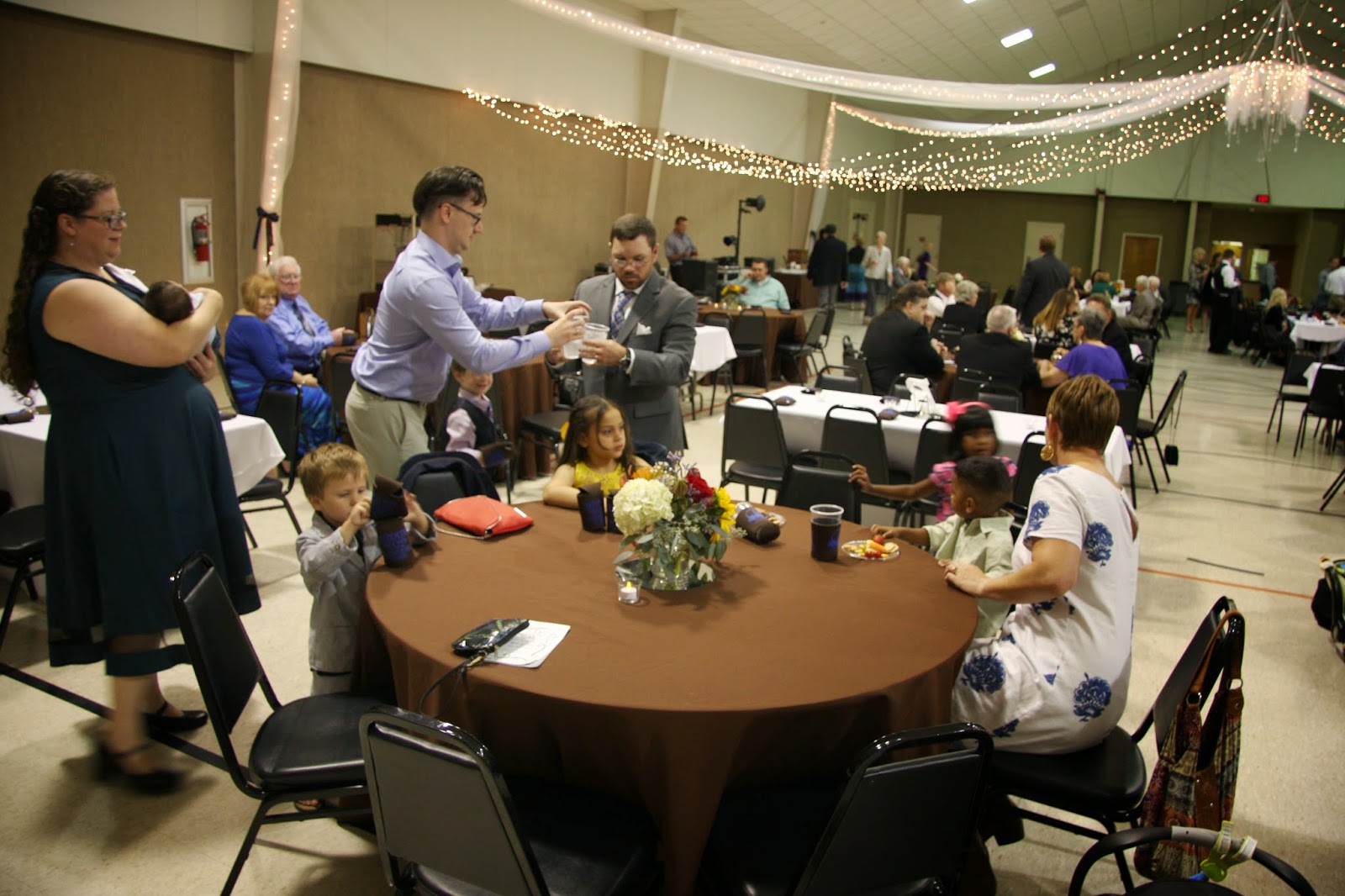 There was a funny photo booth at the wedding and we just couldn't keep the kids out of the props! 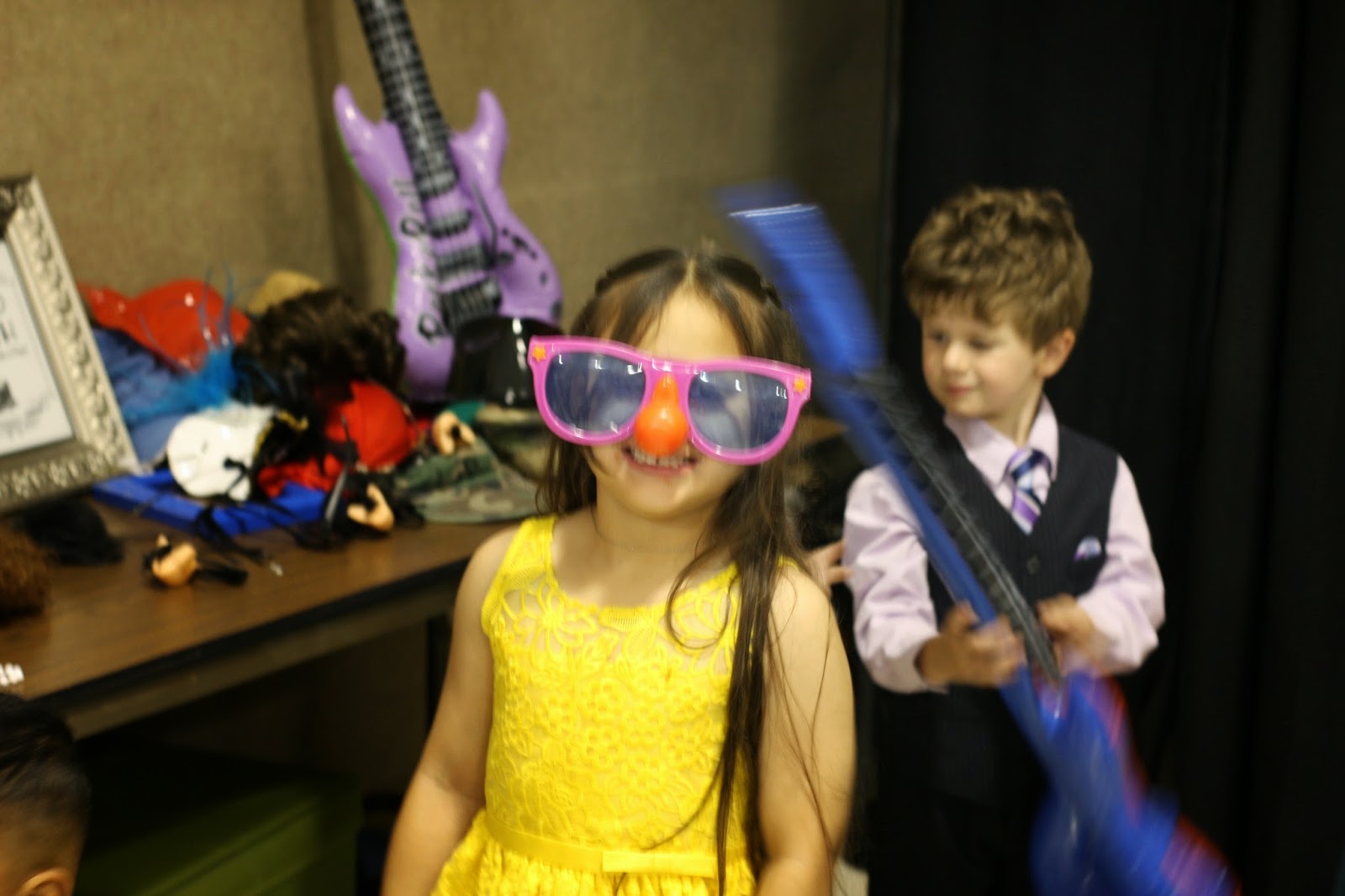 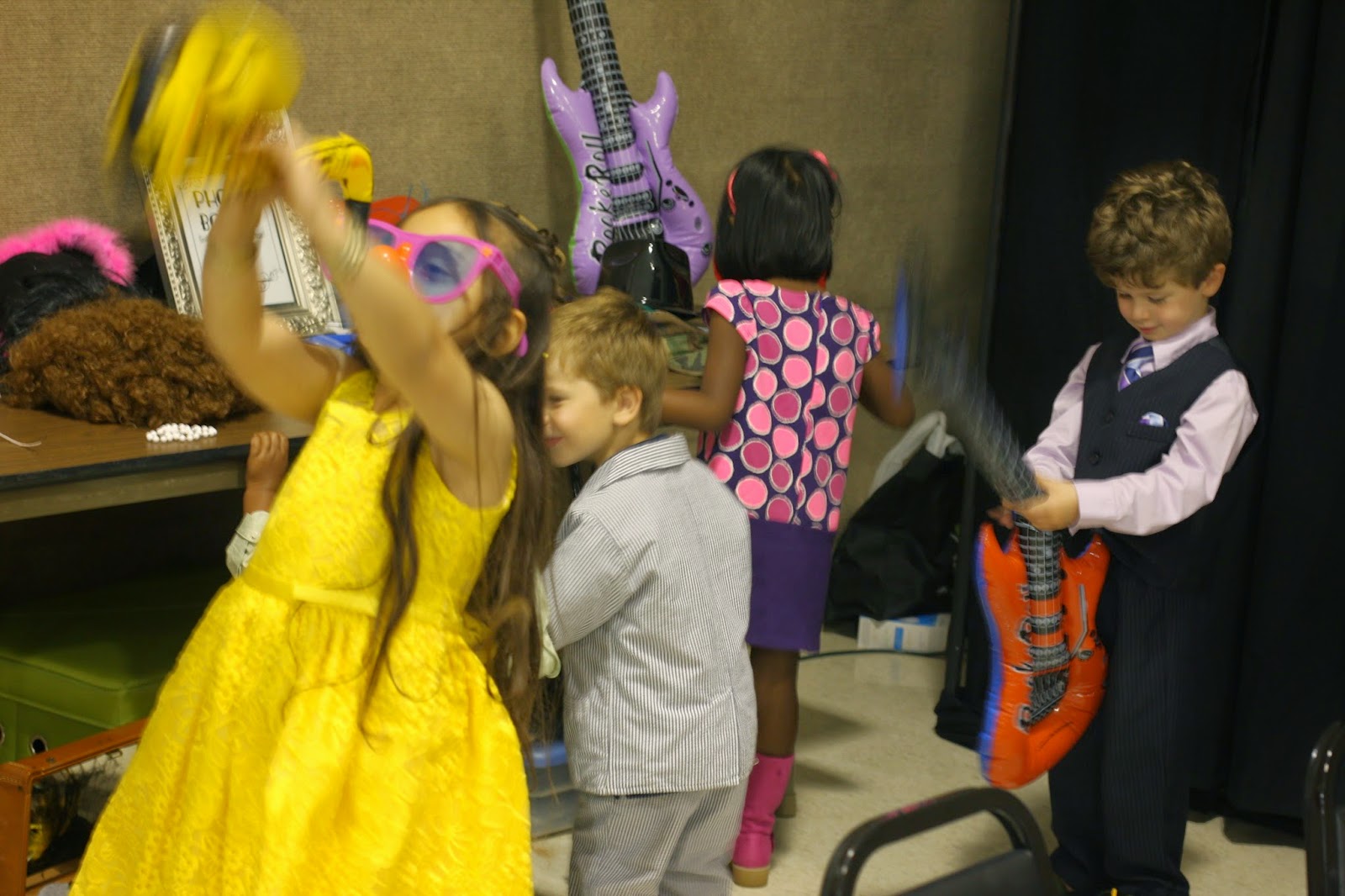 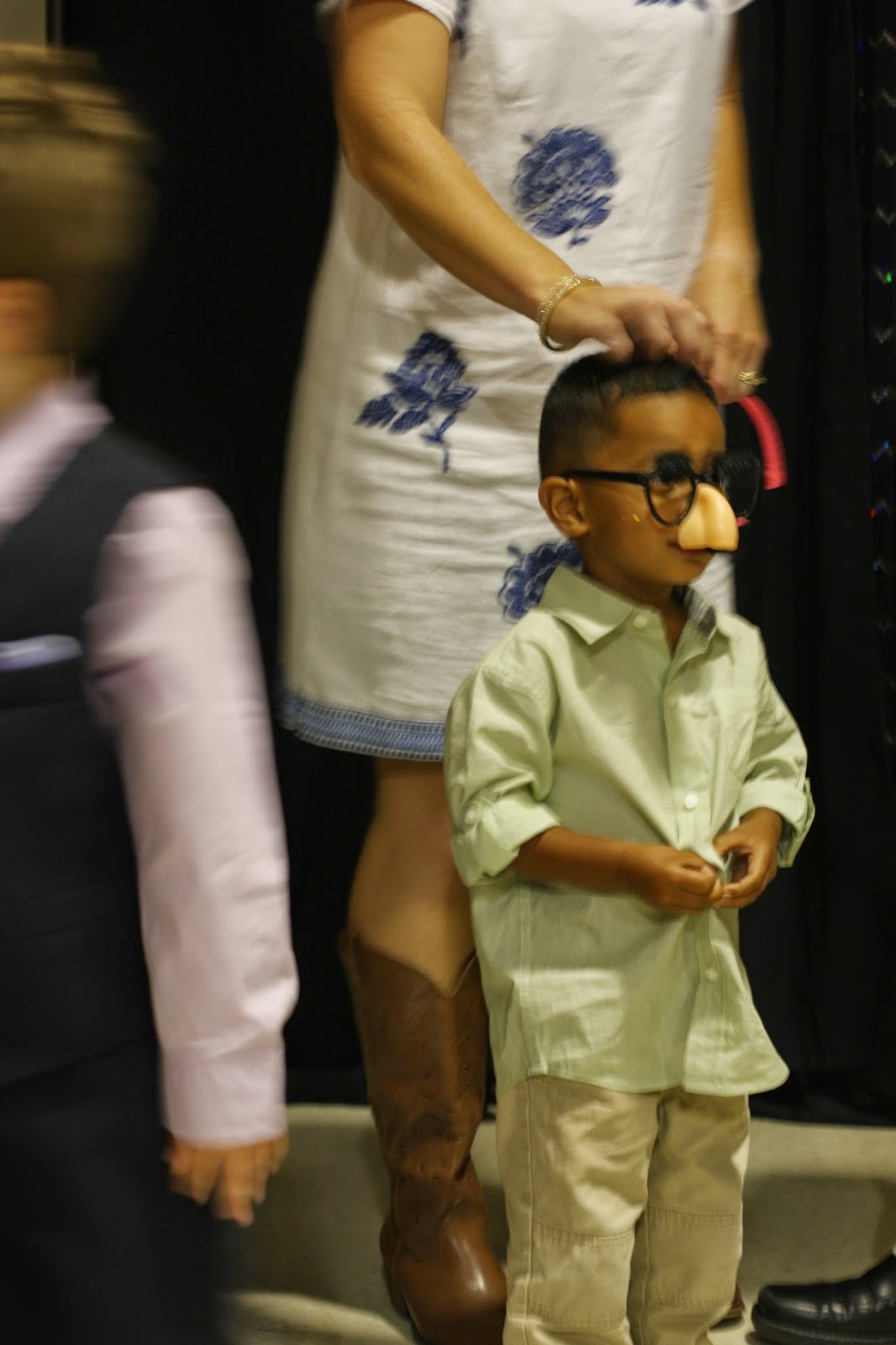 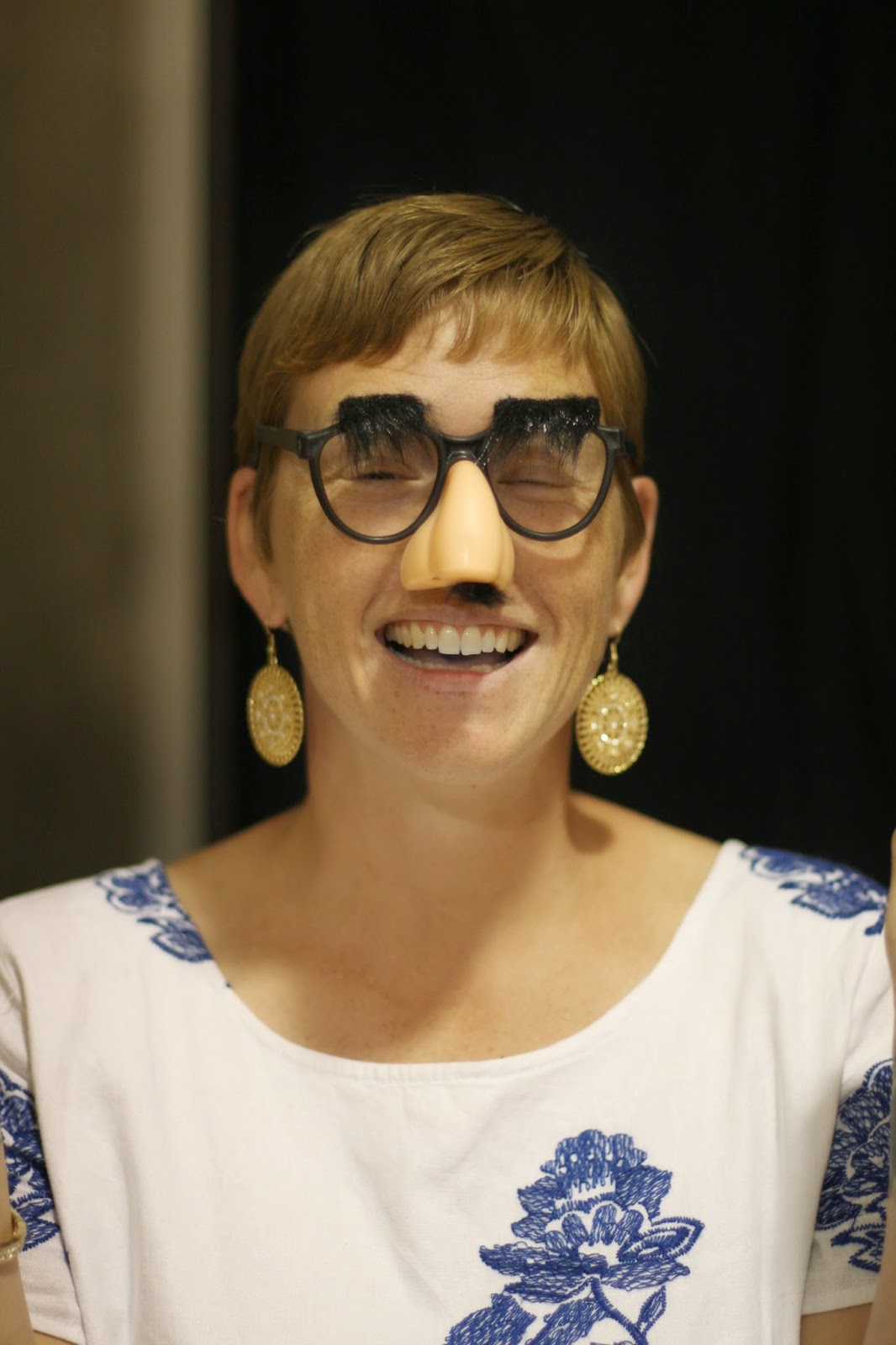 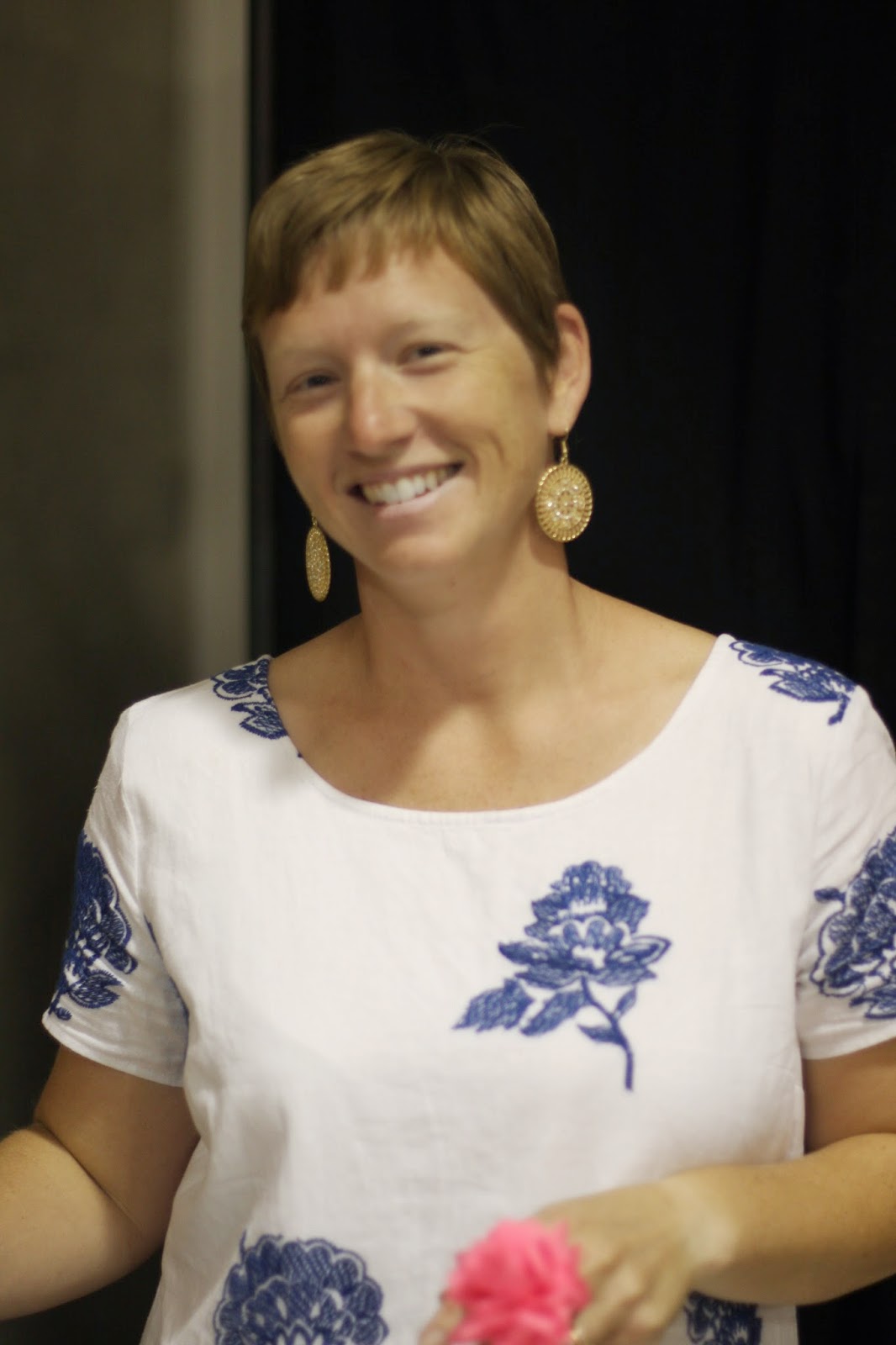 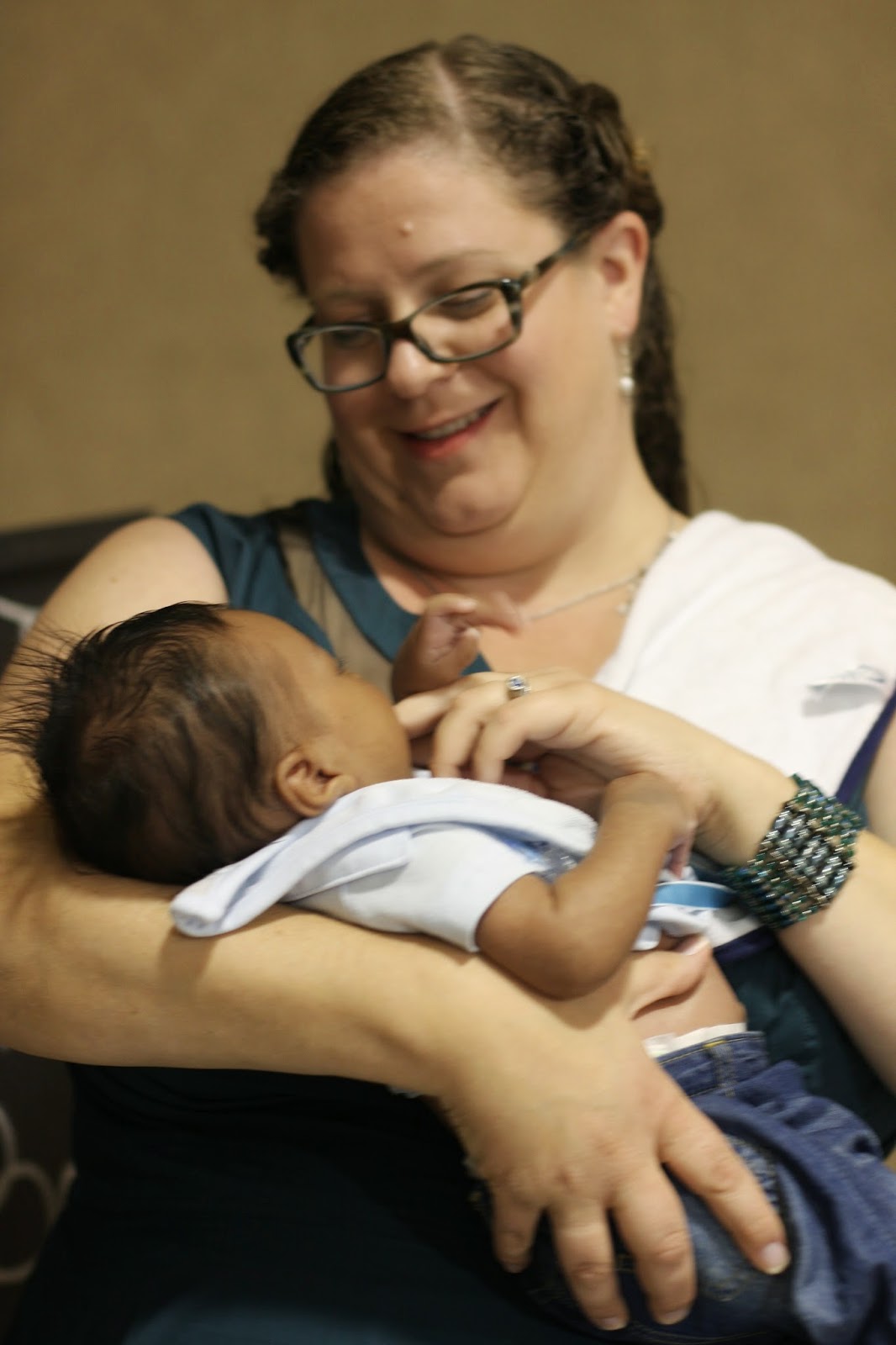 The beautiful bride (my cousin) and her husband 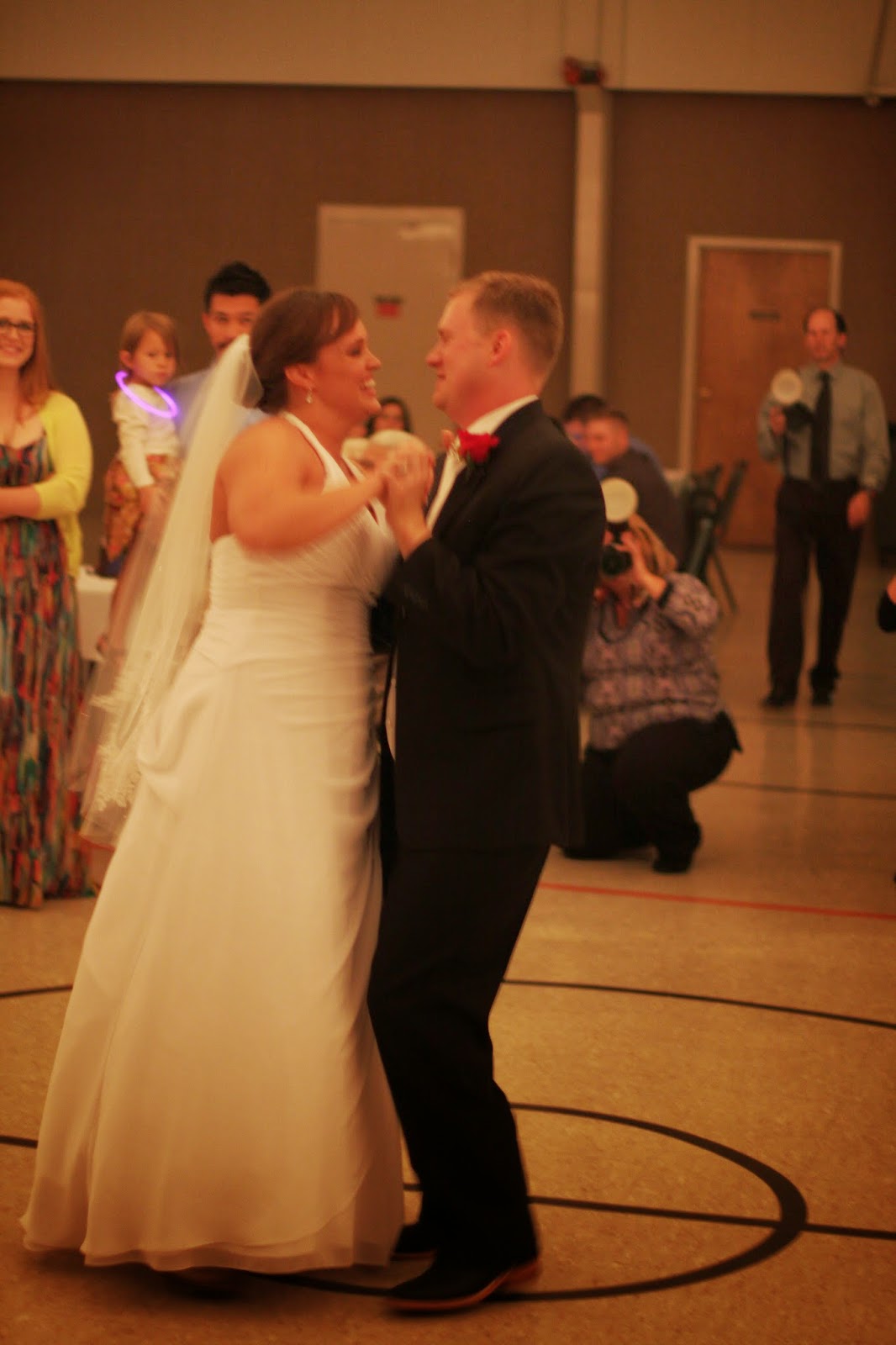