Things worked out so amazingly well on this trip!  We were in the States for not one but two weddings.  Two chances to catch up with family, some of whom had never met the kids.  This  one in Abilene, Kansas was D's cousin's wedding.  It was beautiful but hot and the wedding was simple but very well done.  It was great to have Water with us- as you can see from the pictures below, he was very popular. 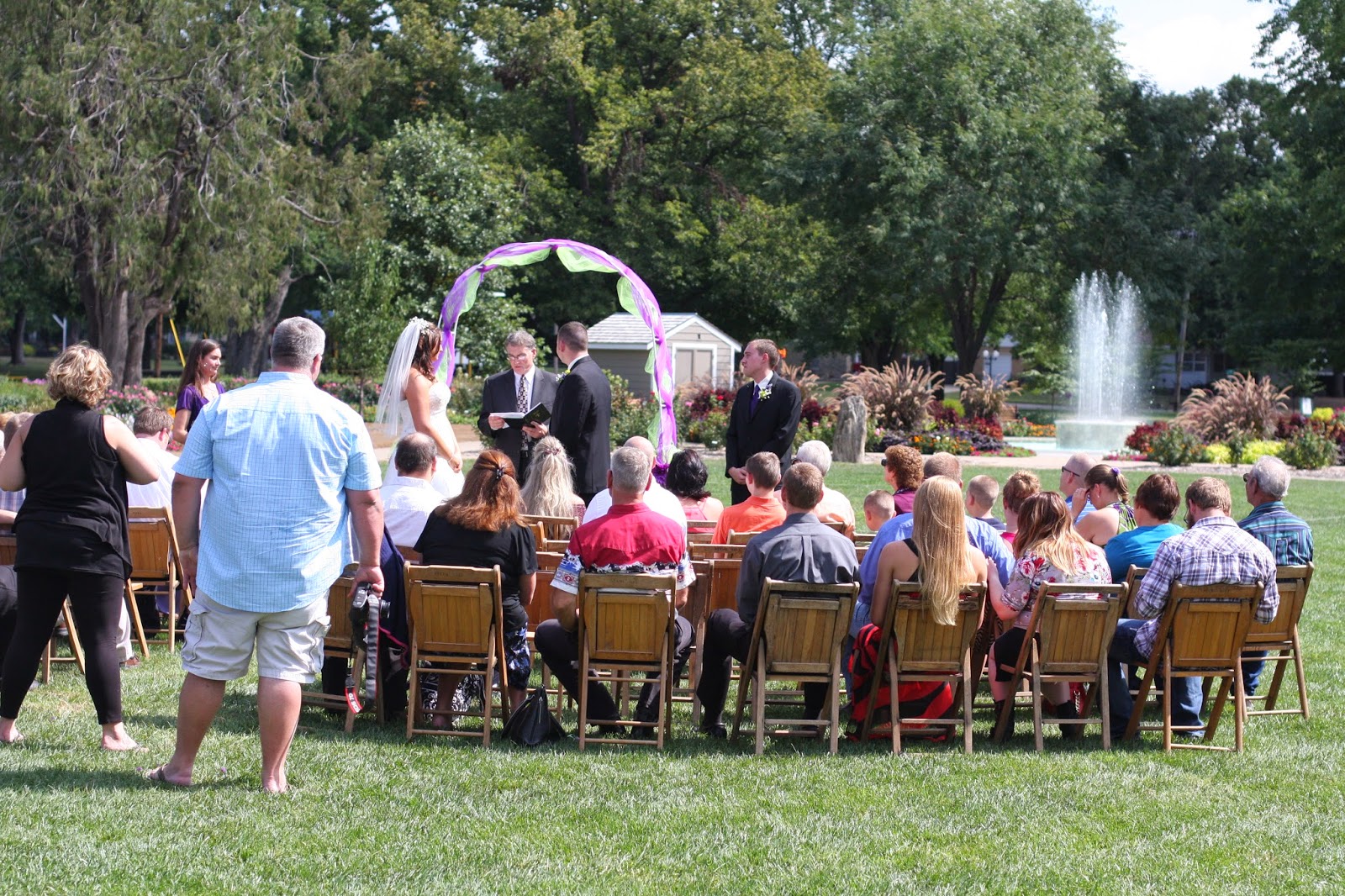 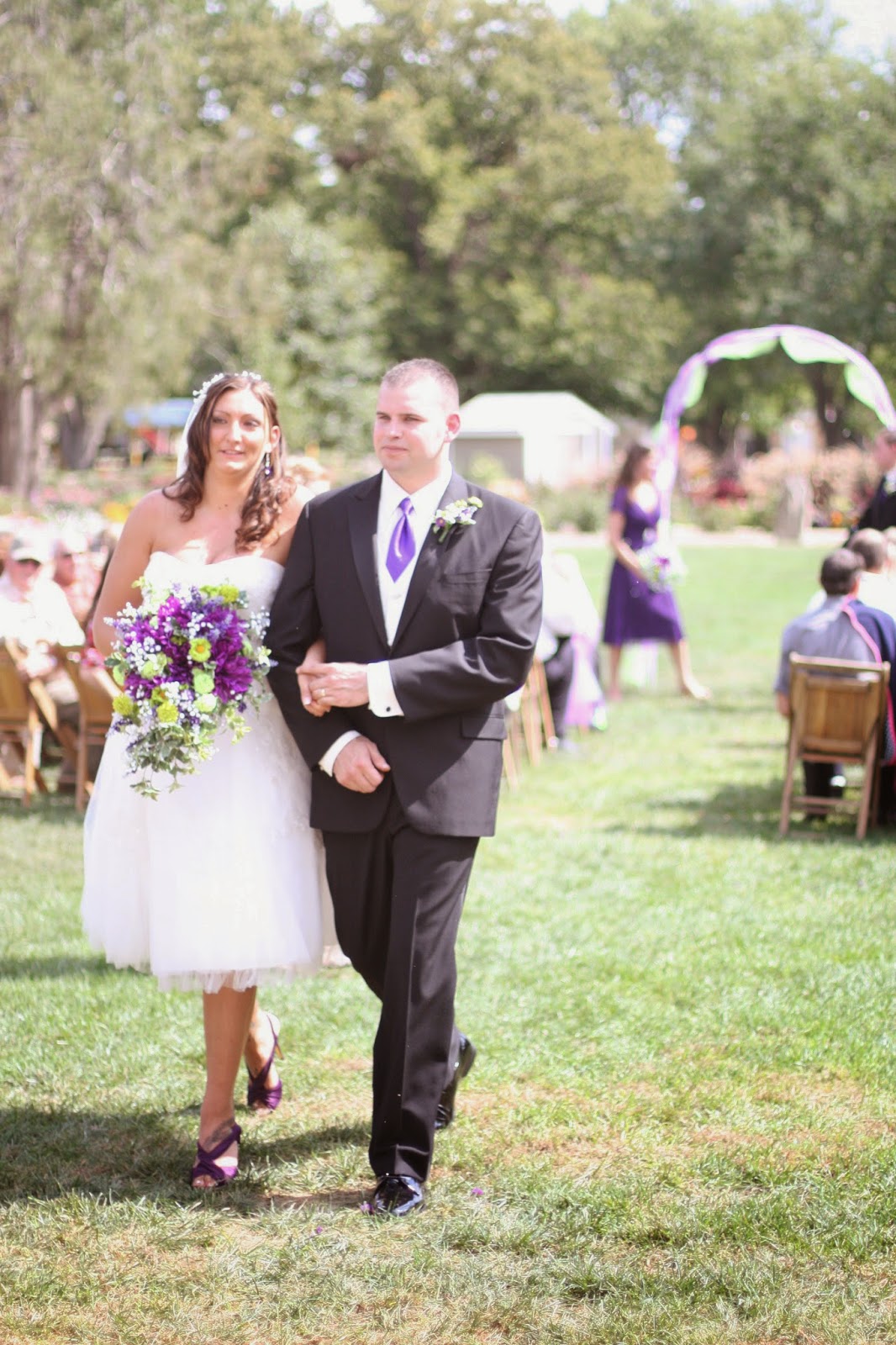 The bride and groom﻿ 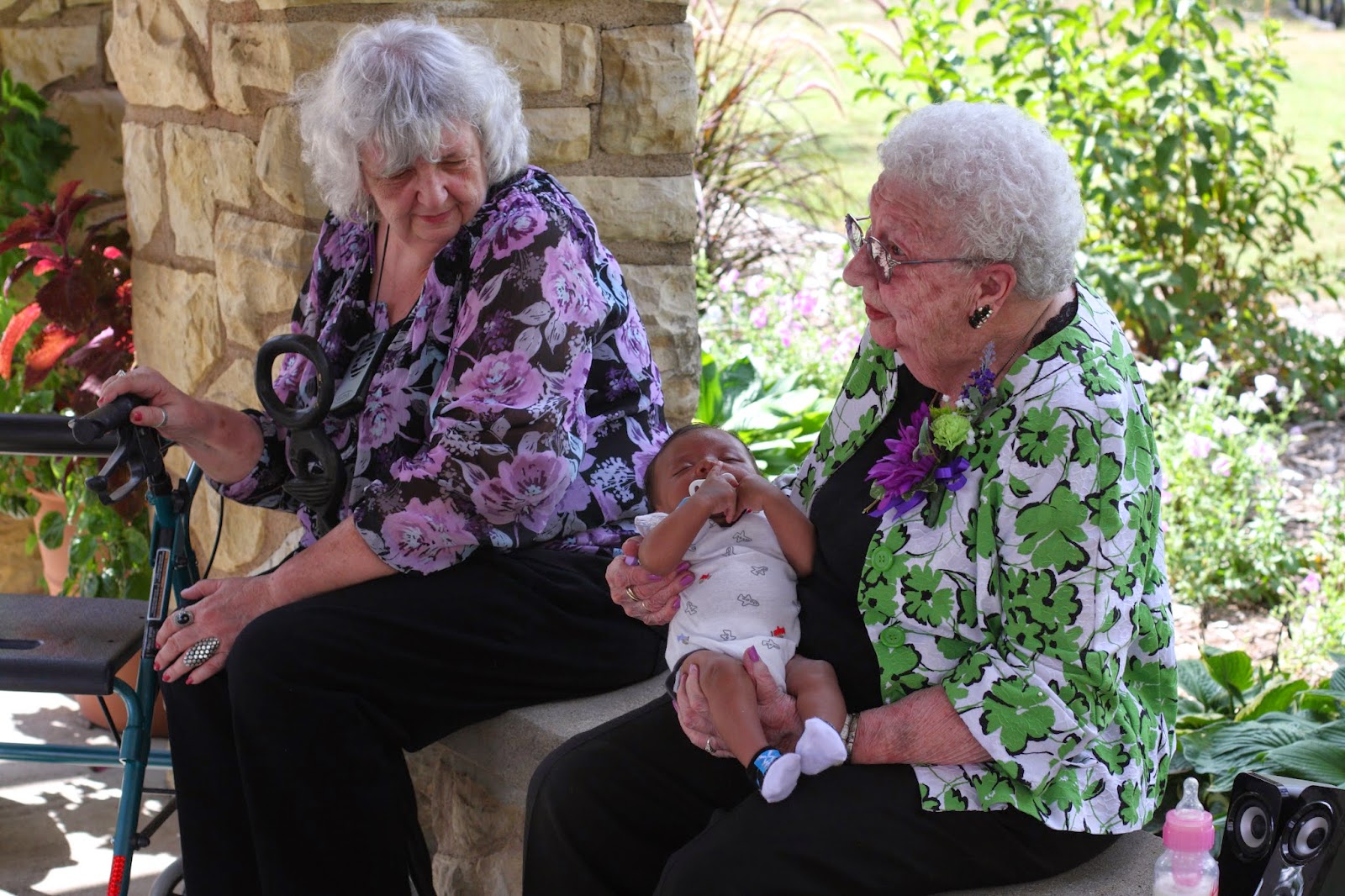 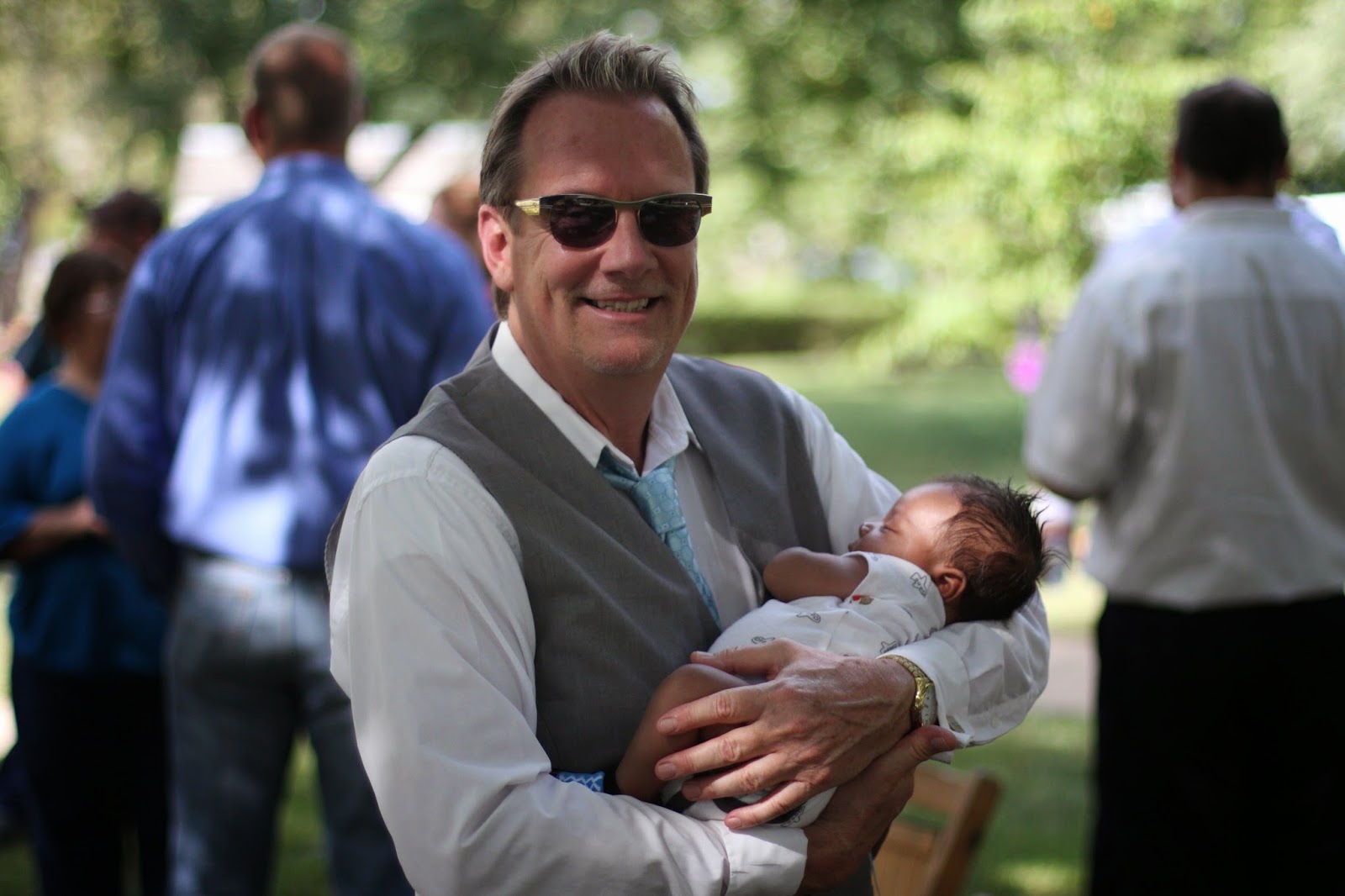 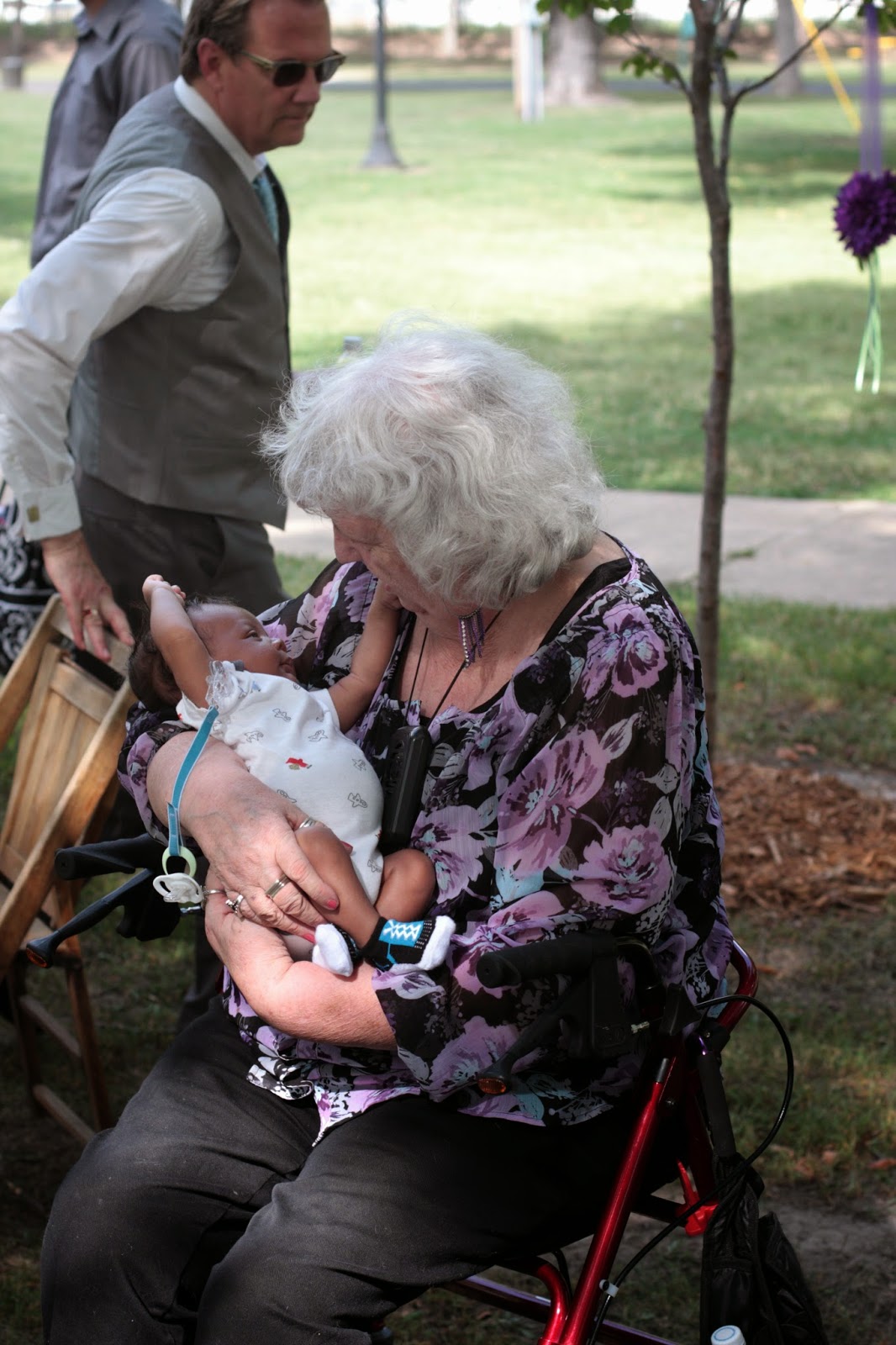 Nana Jo with her new grandbaby
﻿ 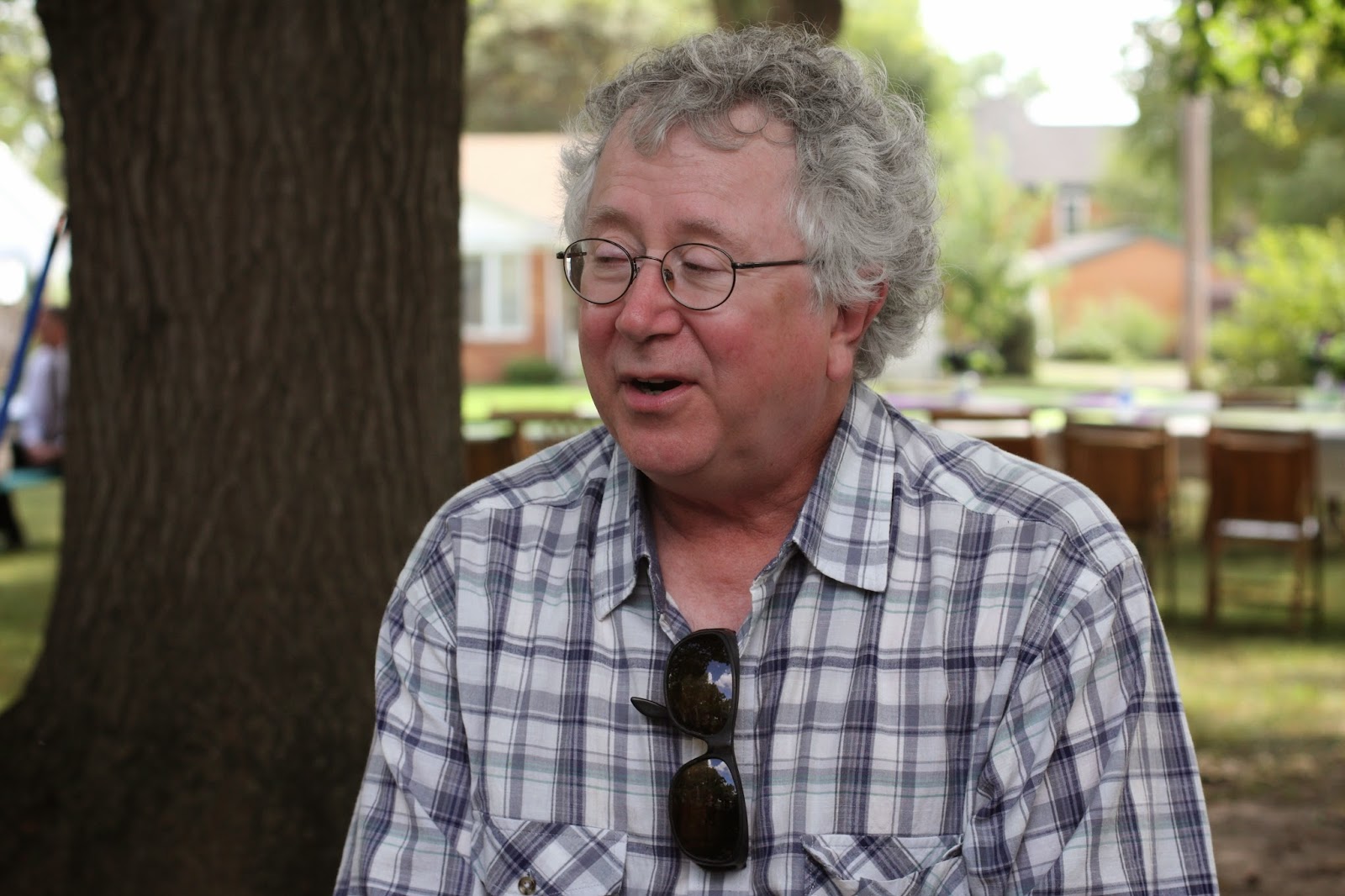 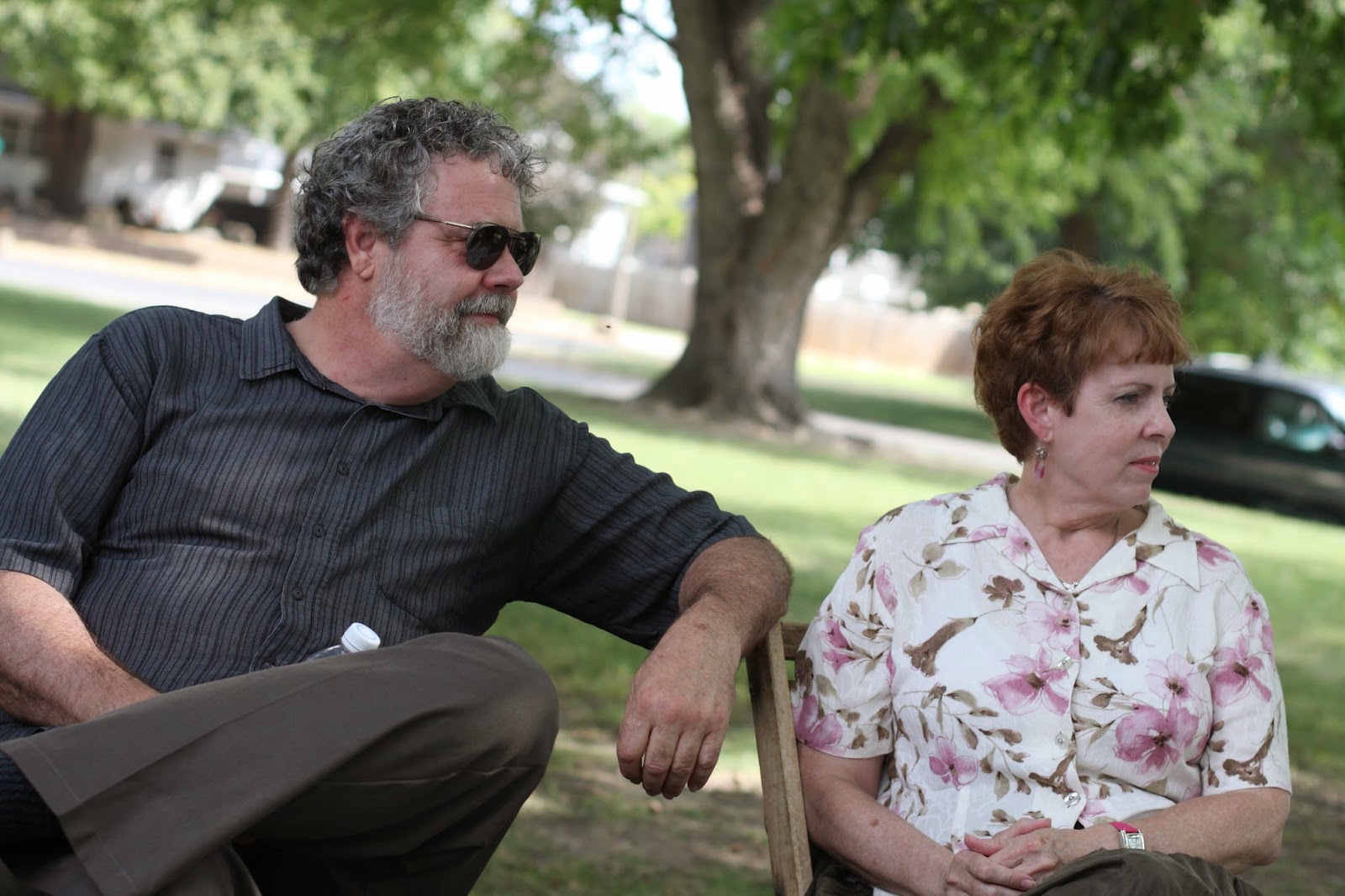 Uncle Gene and his girlfriend
﻿ 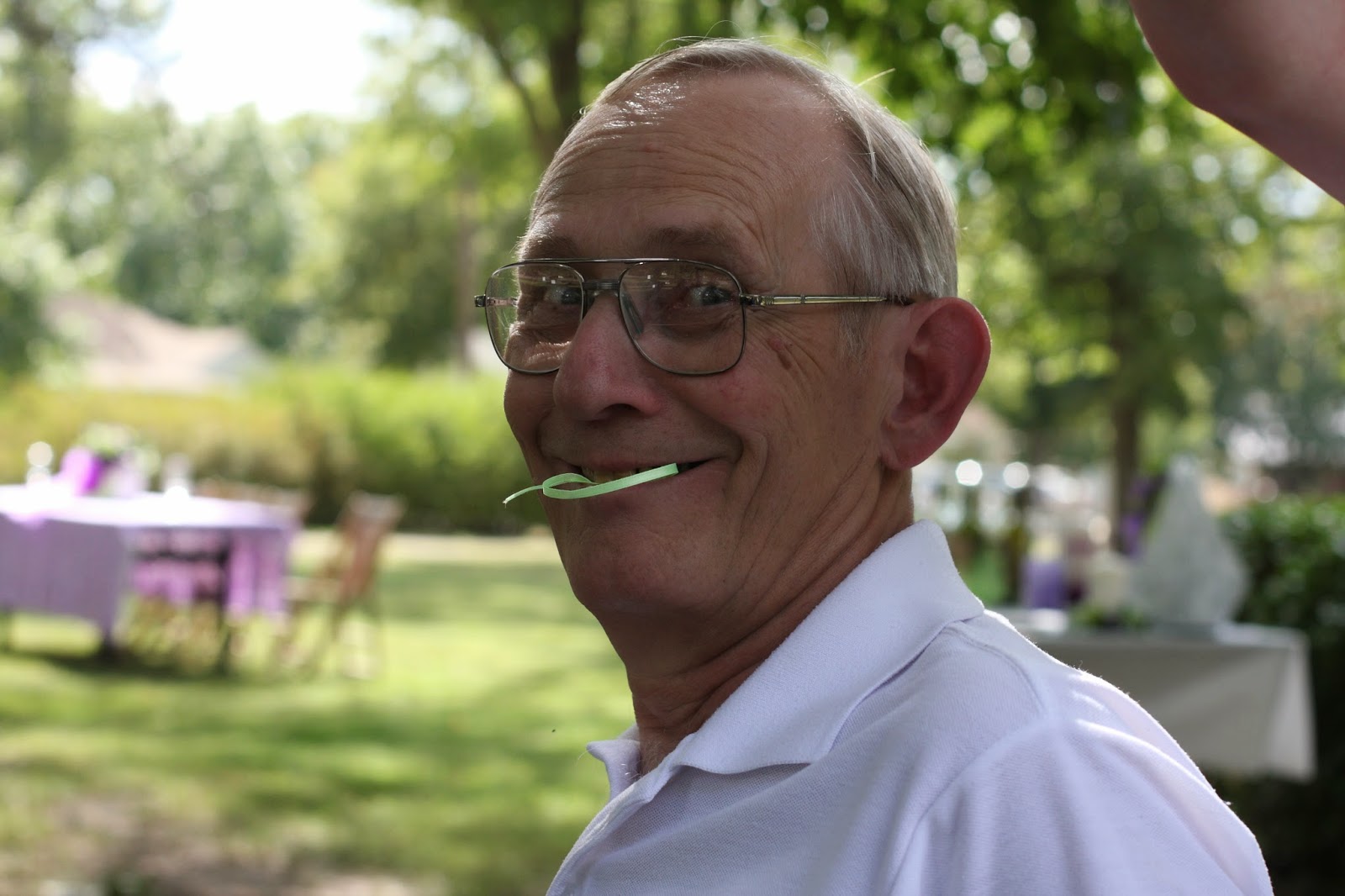 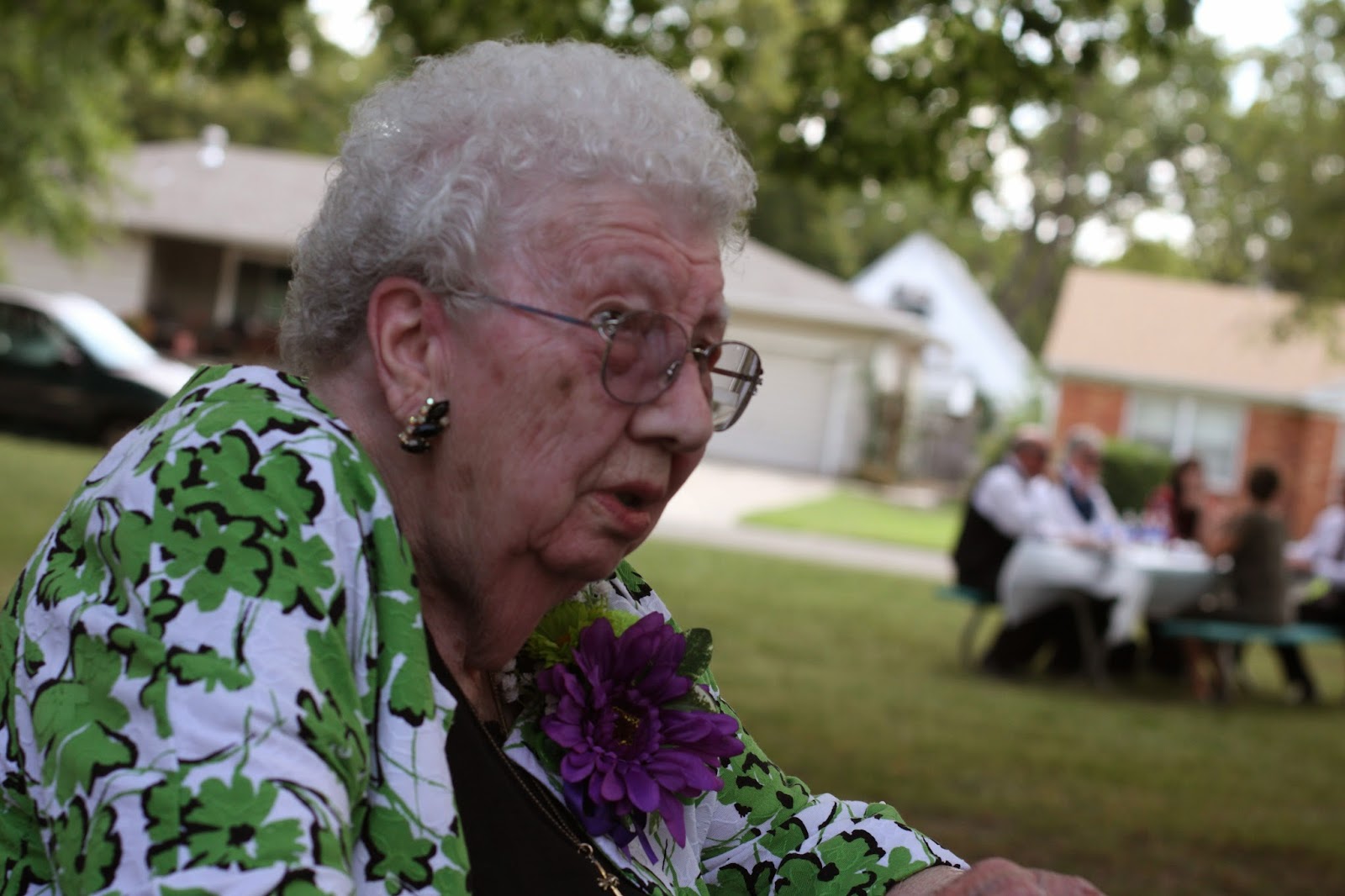 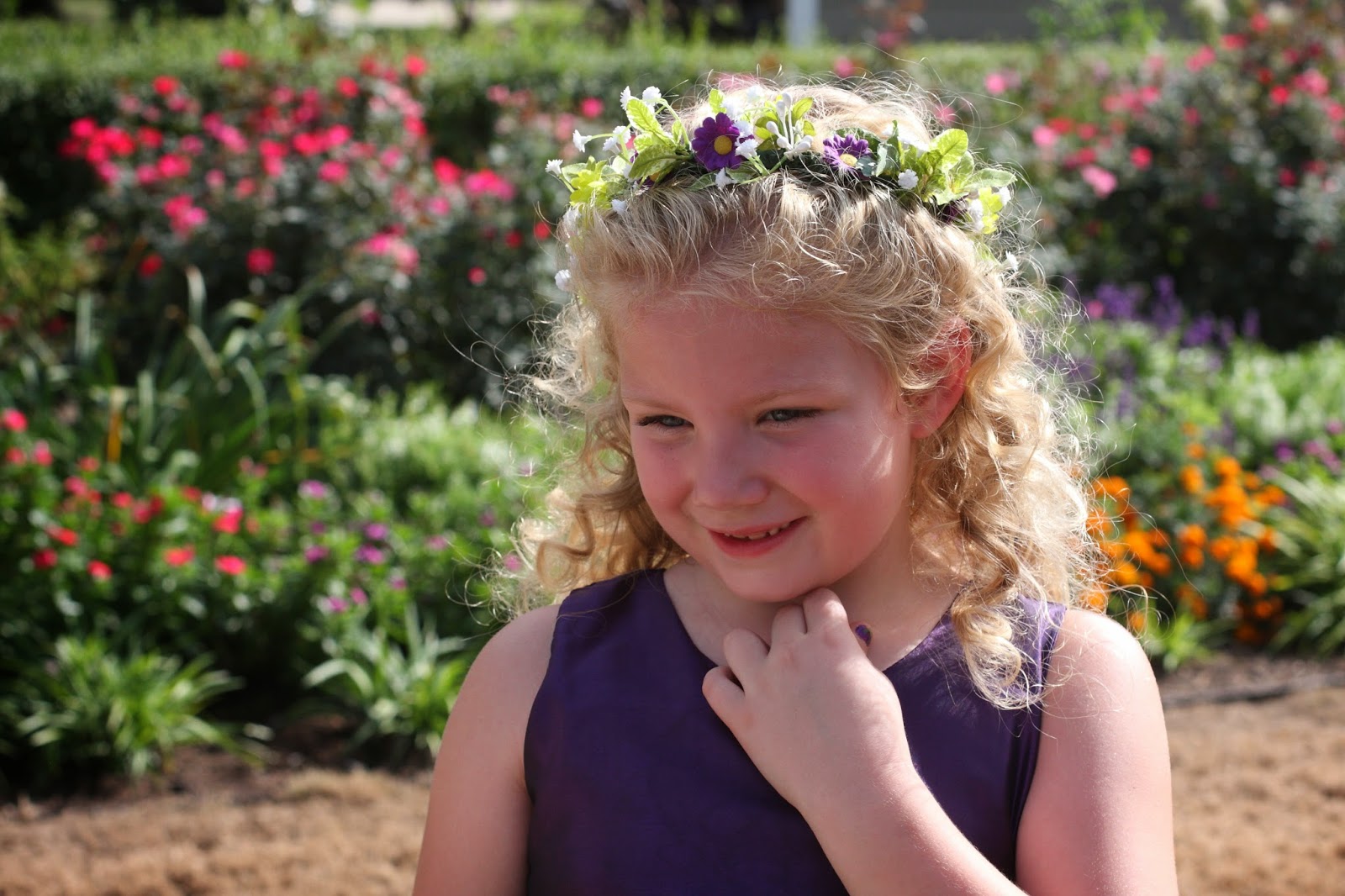 D's cousin's daughter Raychel
She and Sky have so much fun together!
﻿ 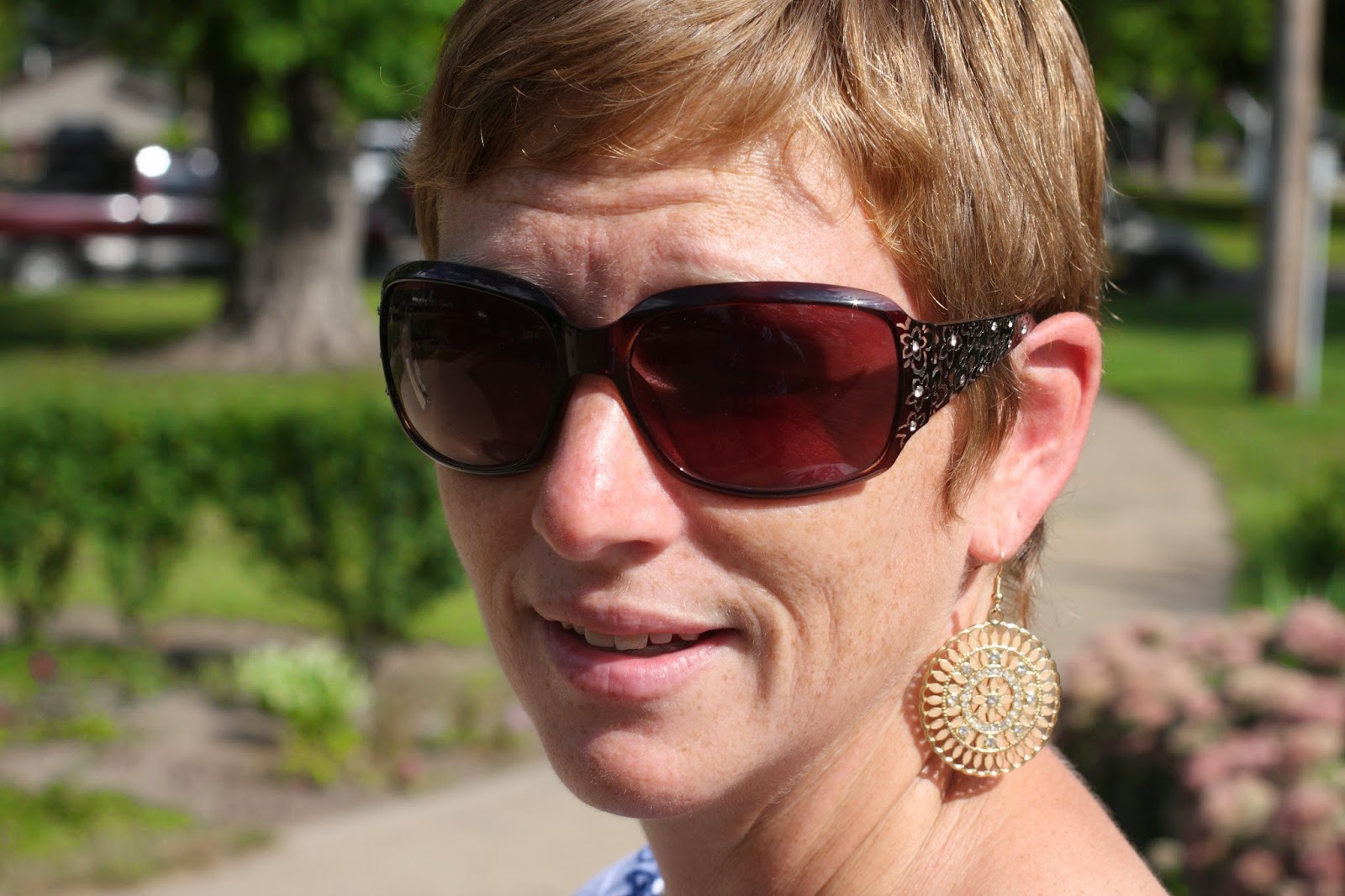 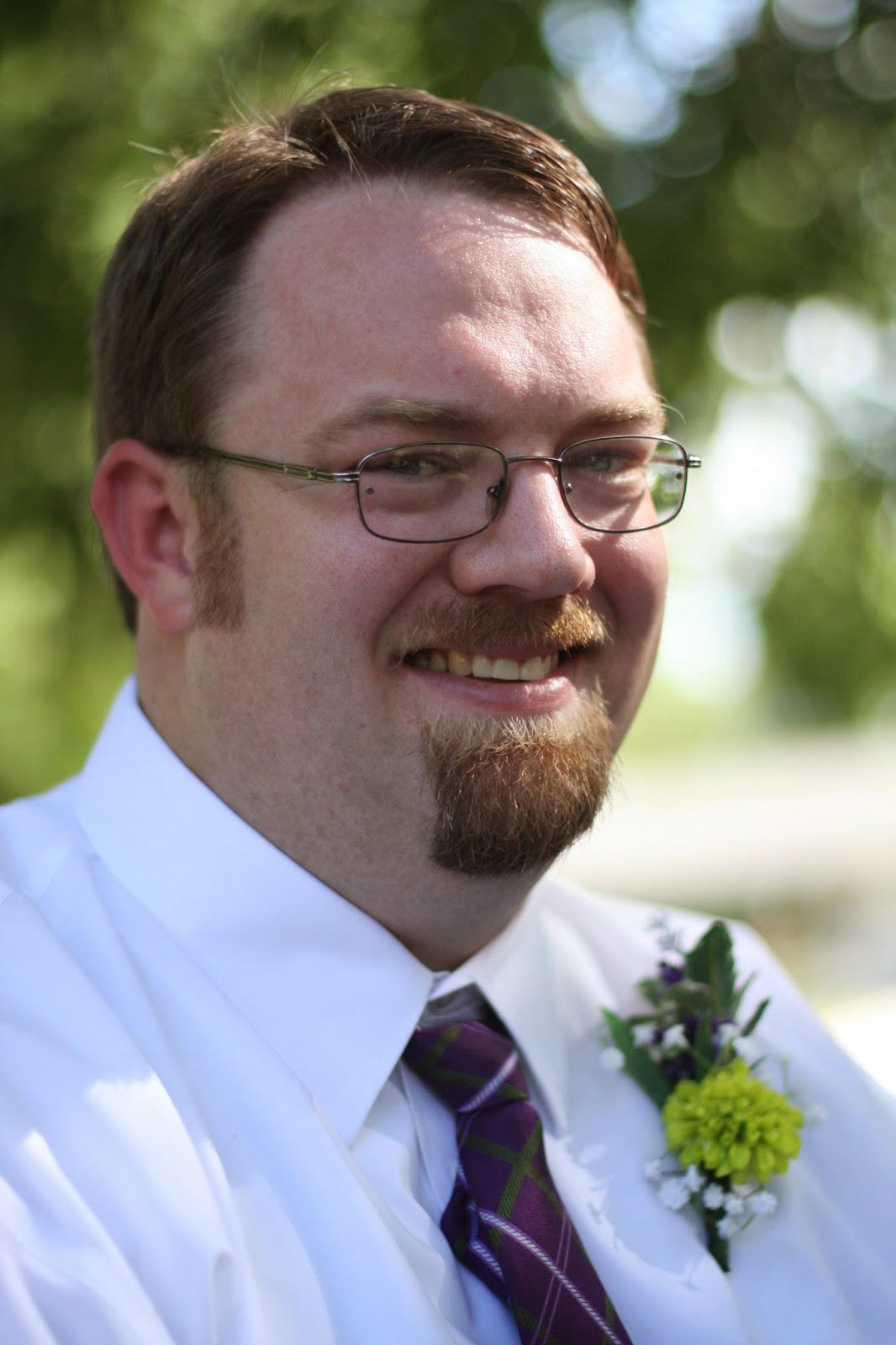 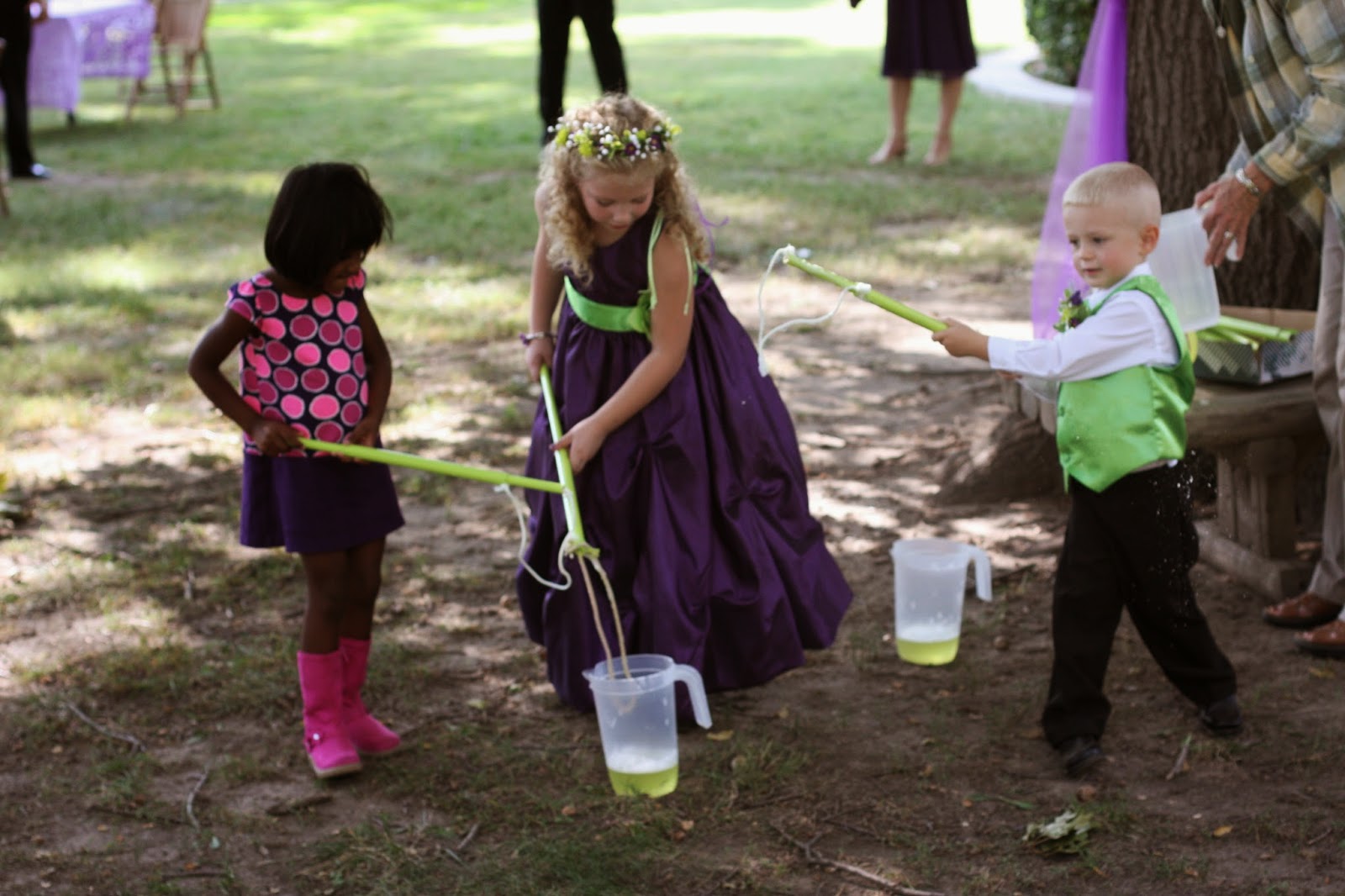 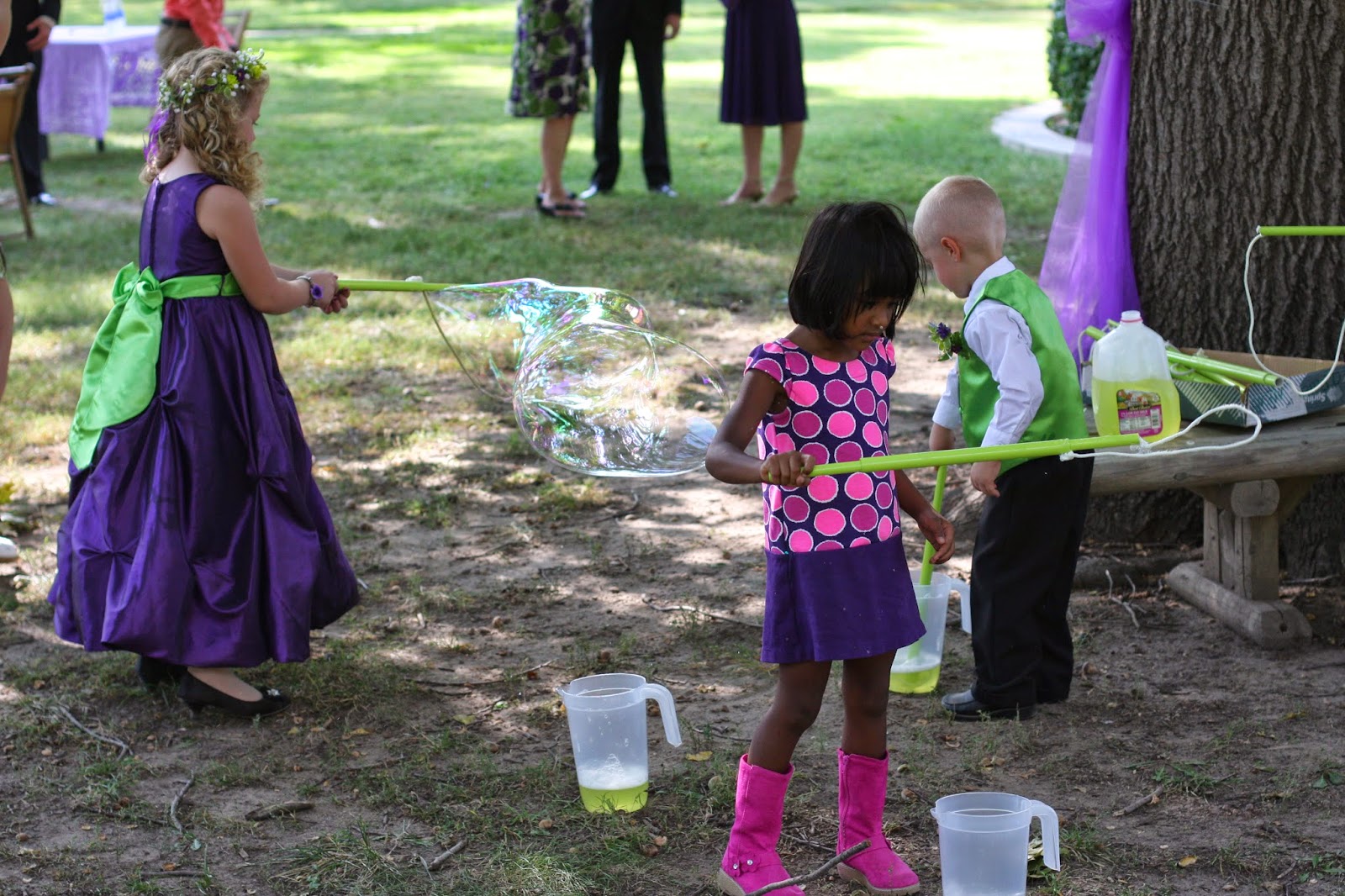