Since Sky has trouble with all the changes that come from moving from one hotel room to another when we're on vacation, I had the idea of renting an RV for the traveling portion of this vacation.  It turned out to be one of my best ideas ever.  Sky in particular was excited about having a "house on wheels" and I loved the convenience of having to unpack all our stuff just once.  Having a bathroom right behind out truck was also pretty handy since Fire is still potty training.
D rented us a 28-foot travel trailer with a set of bunk beds in the back.  It had everything we needed and worked out great.  We were able to eat most of meals at home instead of forcing the kids to be good in restaurants all the time.  D did all the driving and he was amazing at it- especially since he'd never done it before.  I think the only downside was that most of the RV parks that we stayed at were mostly older people.  We only saw kids at one and those were elementary age.
I would encourage anyone who has a child that has difficulty with housing transitions (going from hotel to hotel, that sort of thing) to consider renting an RV.  Sky's anxiety, and acting out because of that anxiety, was at an all time low on this trip.  That made it easier for D and I to do fun things with the kids and to be a little more spontaneous, something we can't always do because it's one more change and she can't handle it.
I don't know that we're going to run out and buy an RV but we're definitely going to rent one again next time we're in the states! 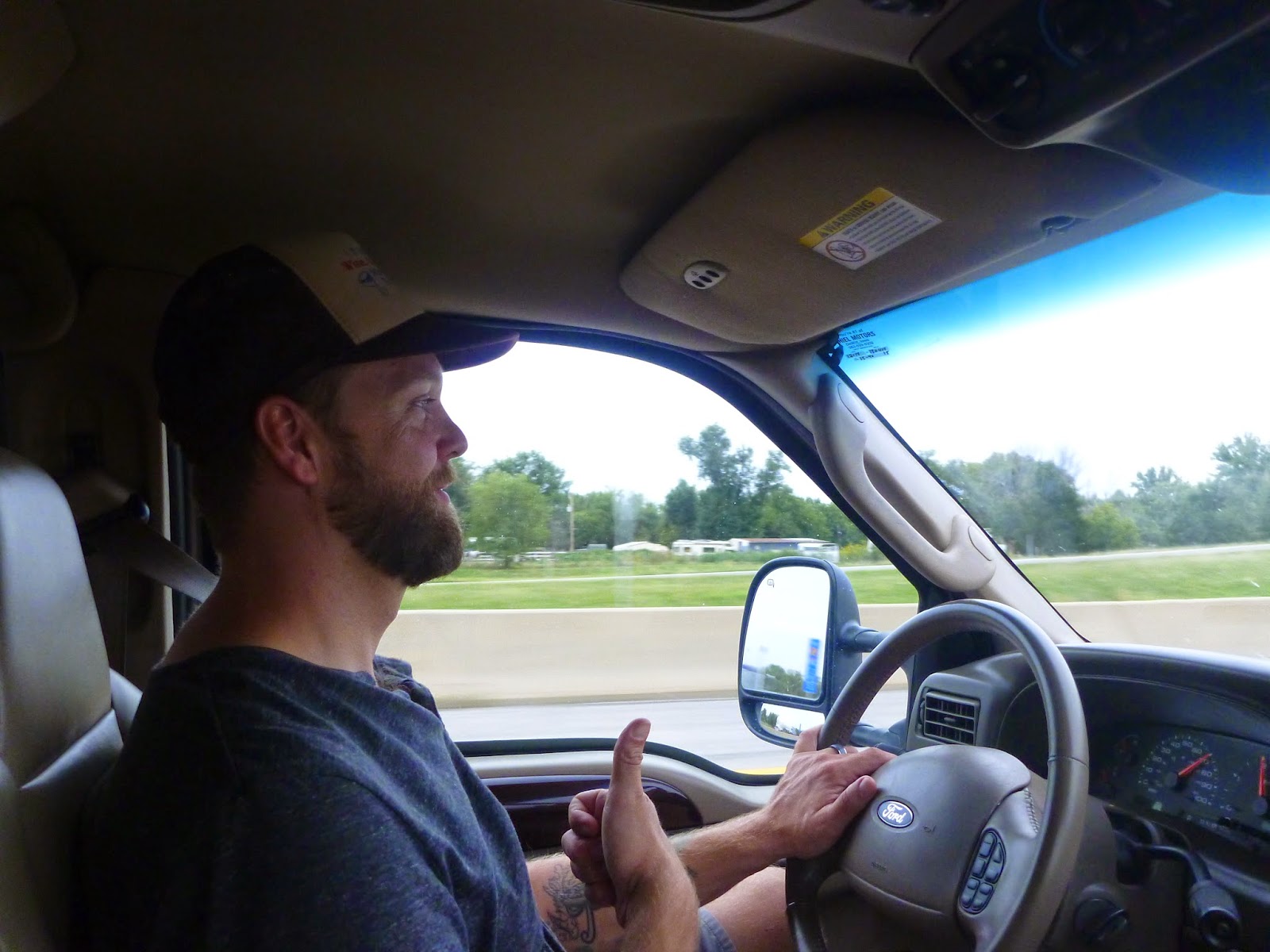 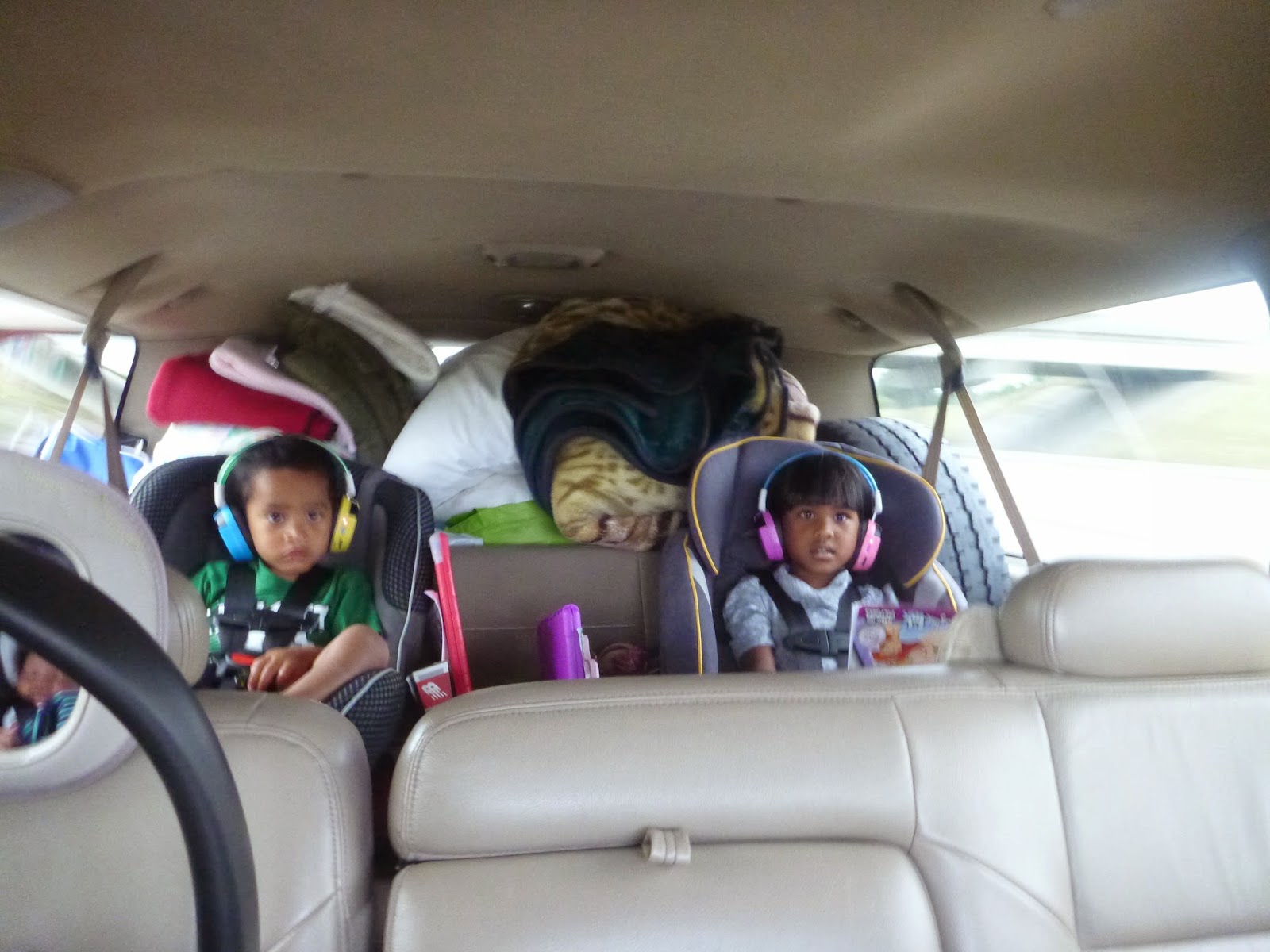 The kids favorite part of the new truck: the video system

Our (rented) home away from home 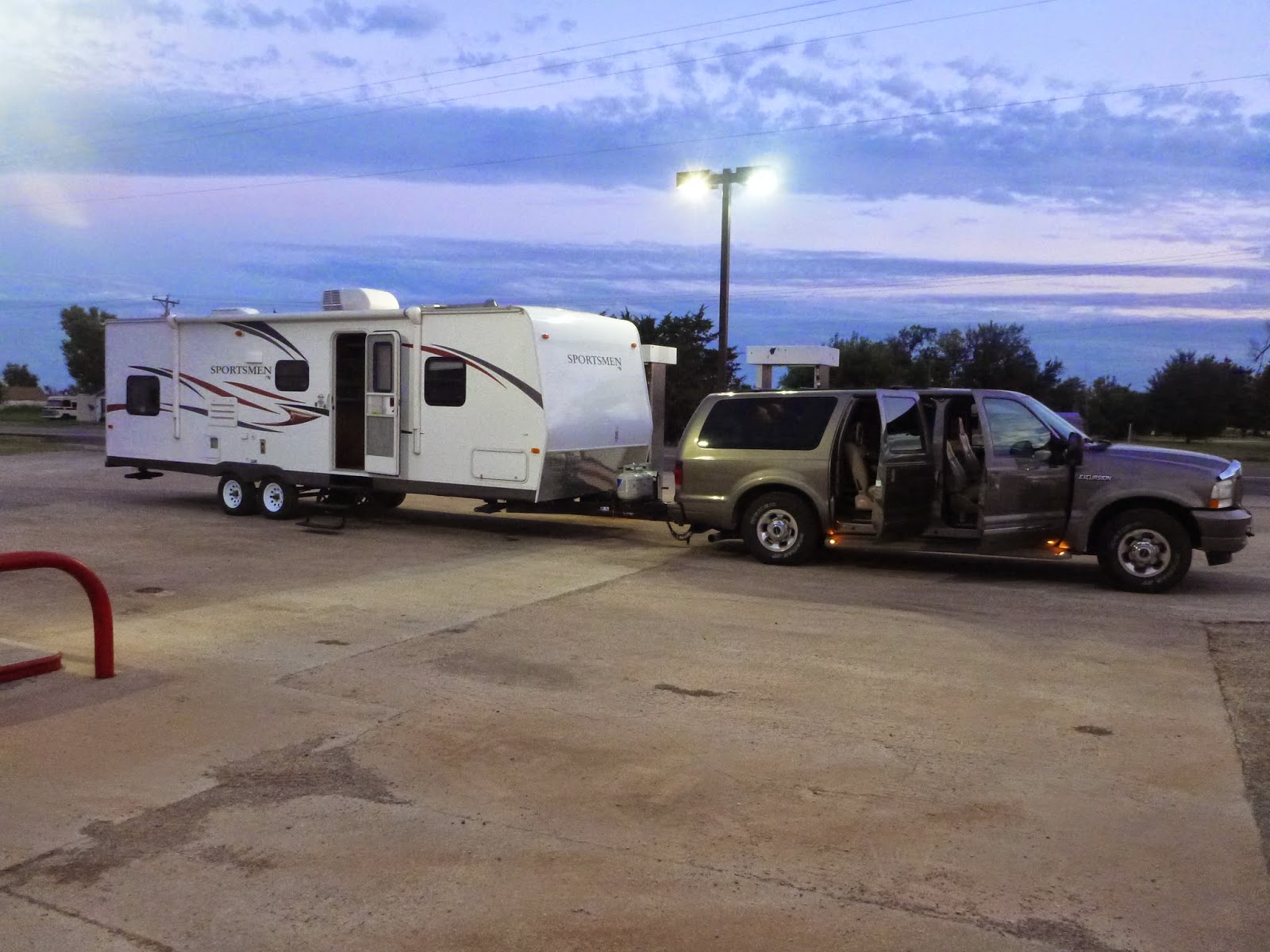 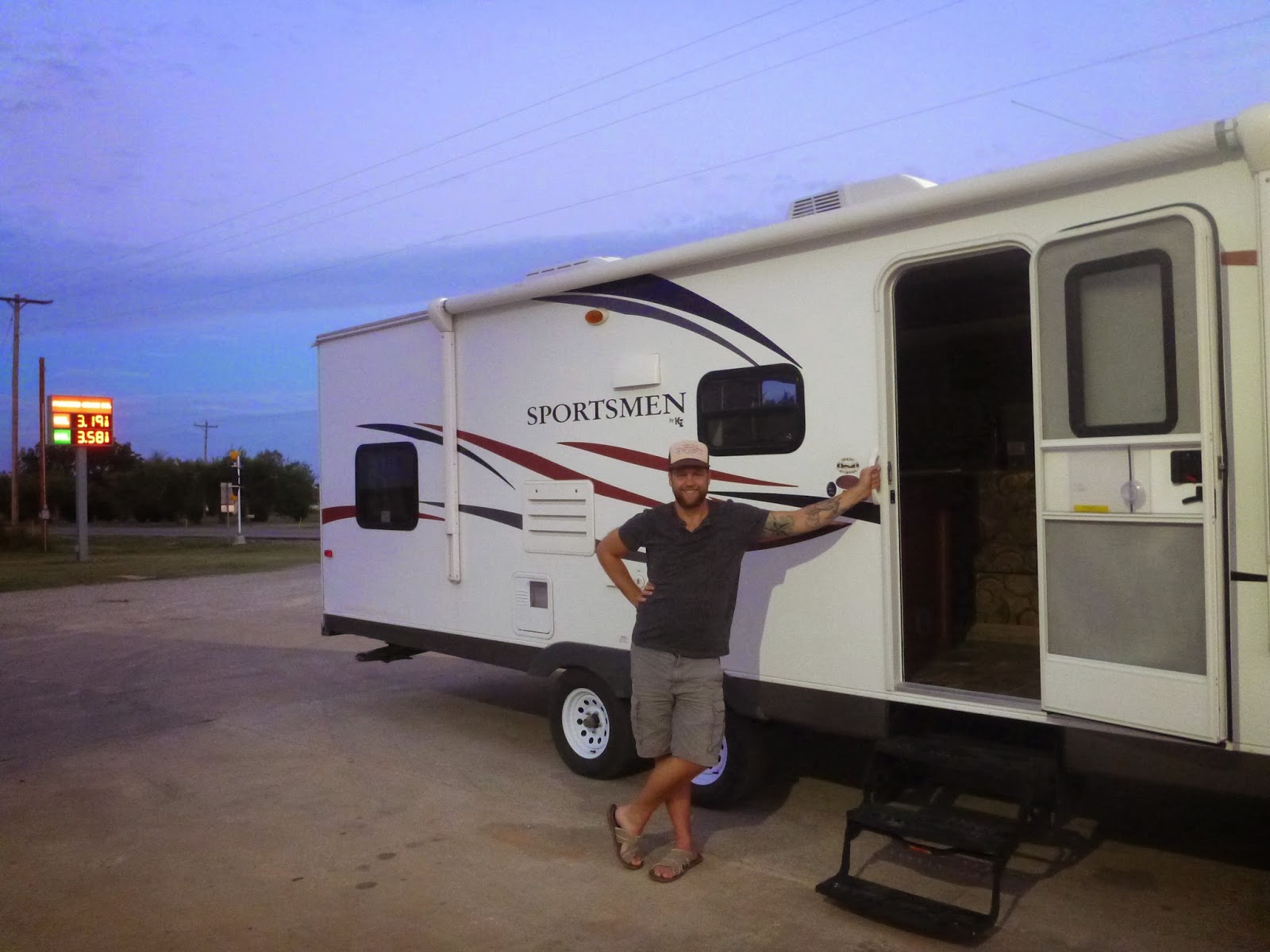 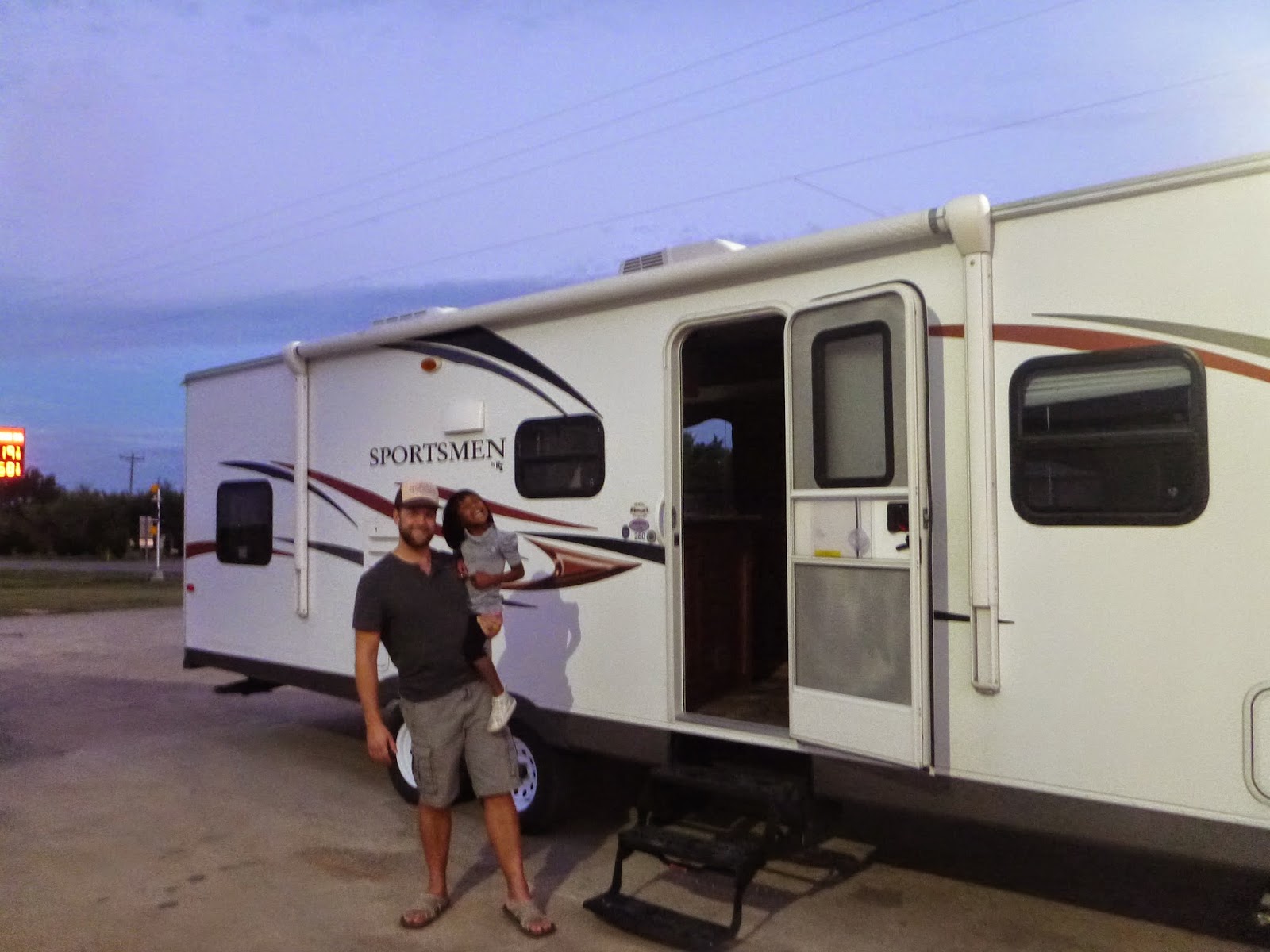 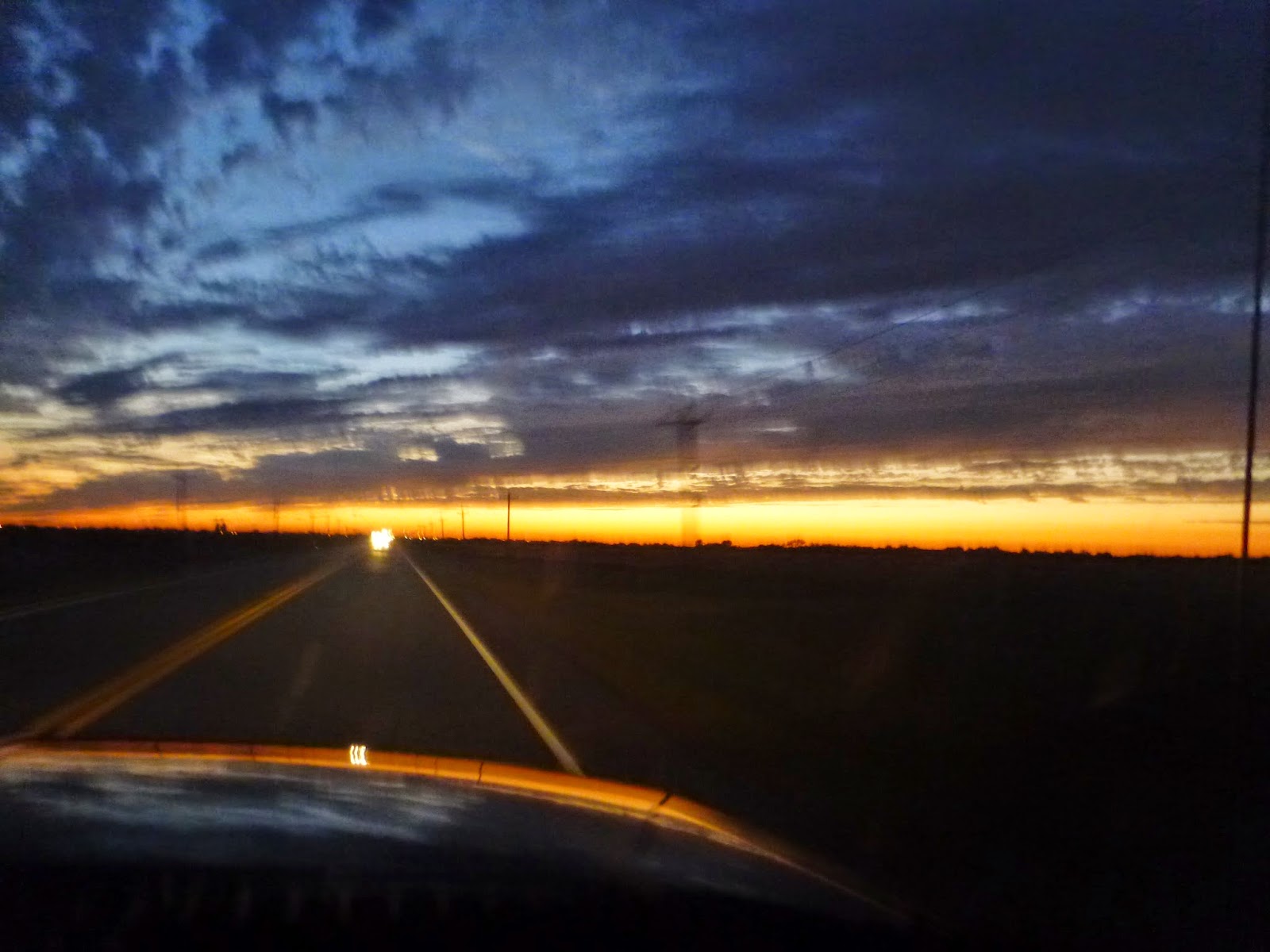 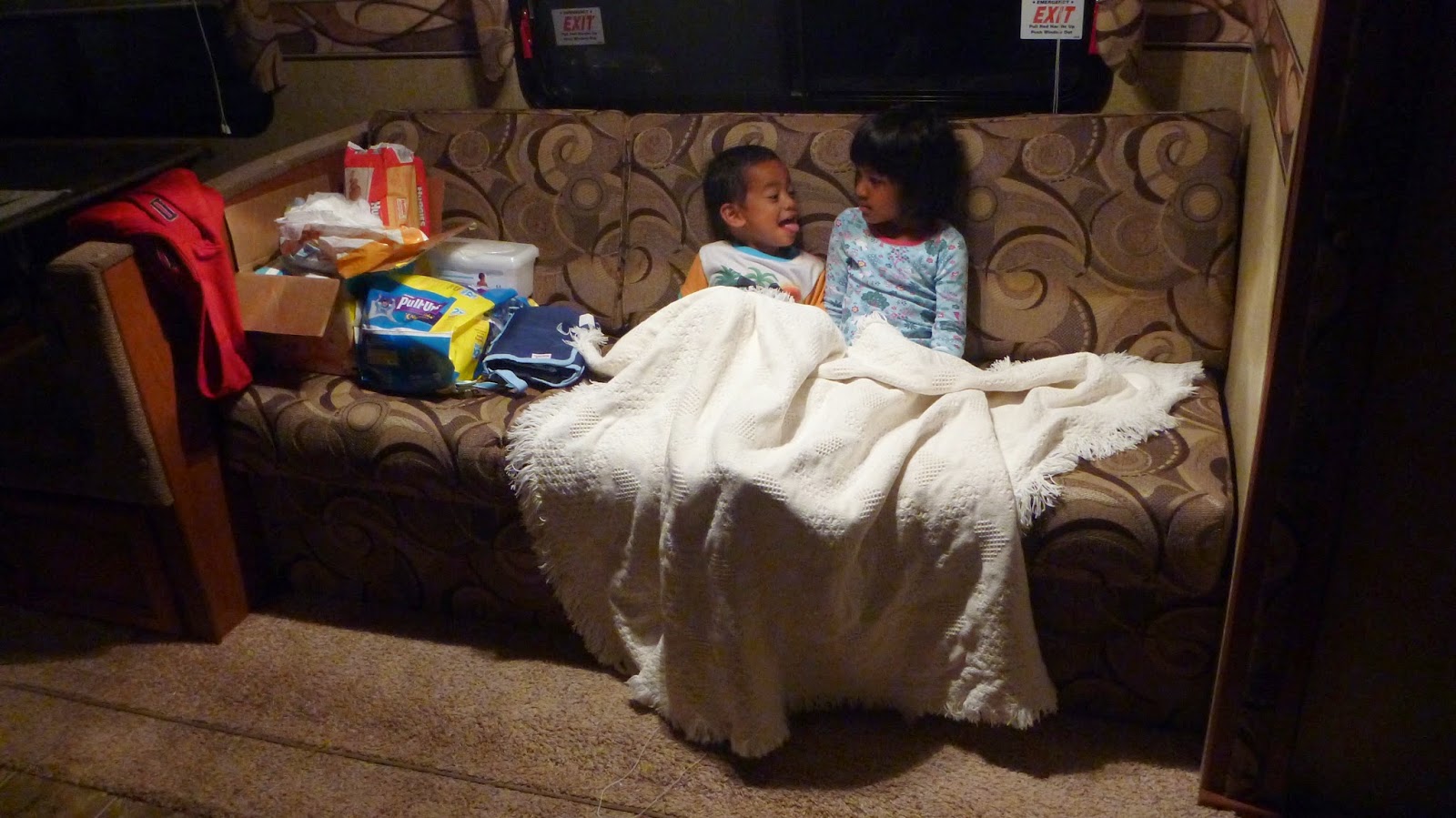 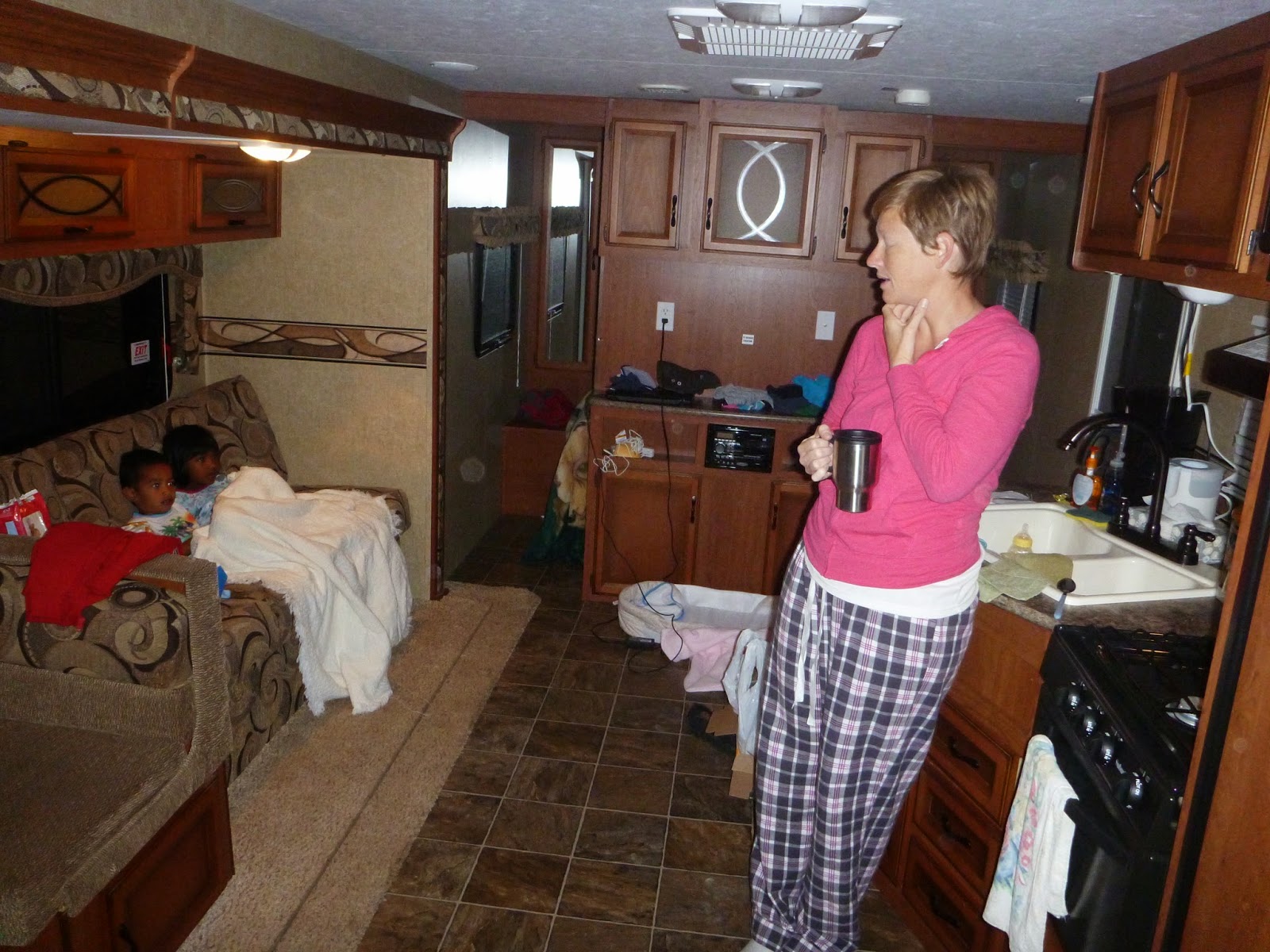 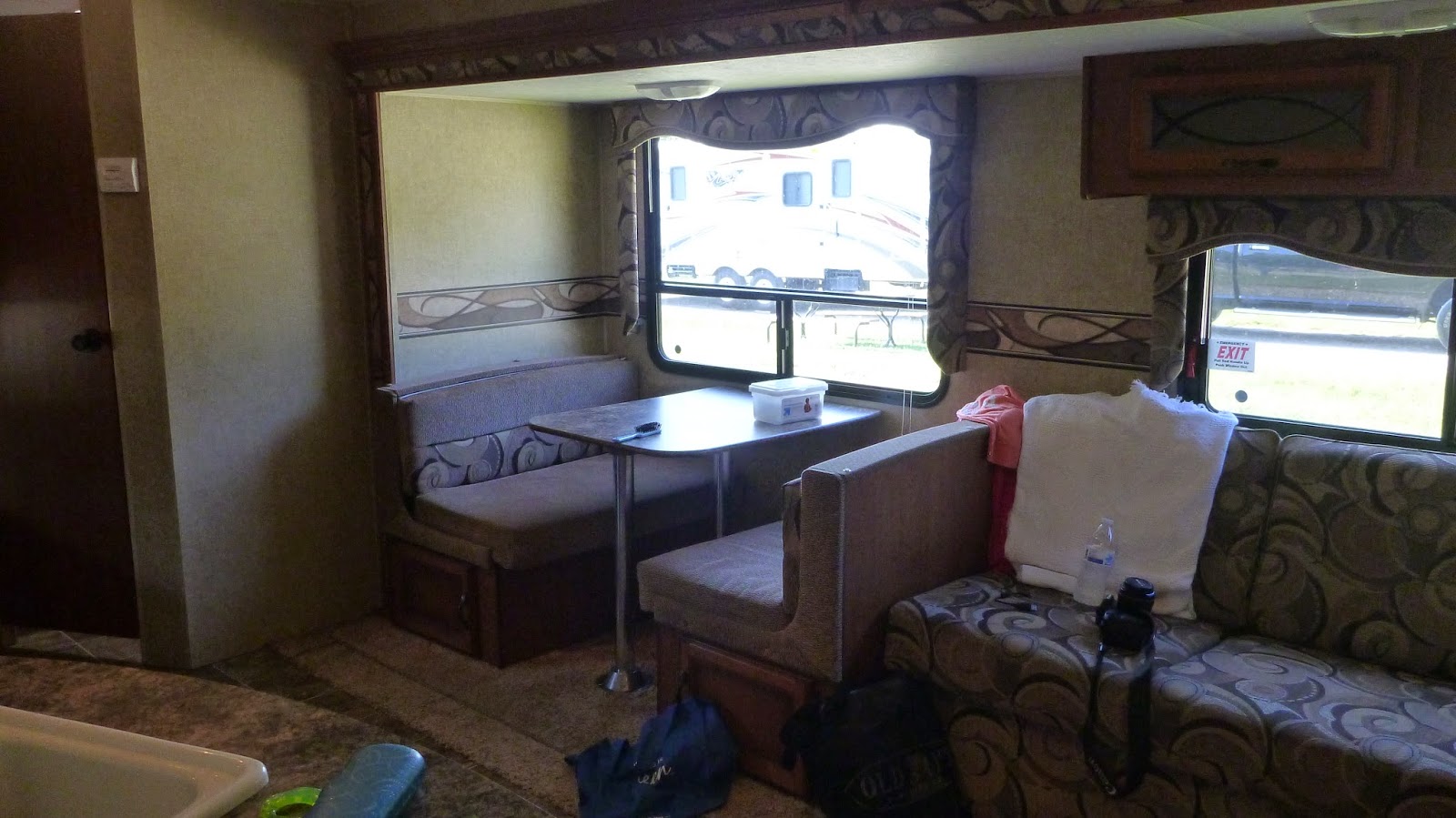 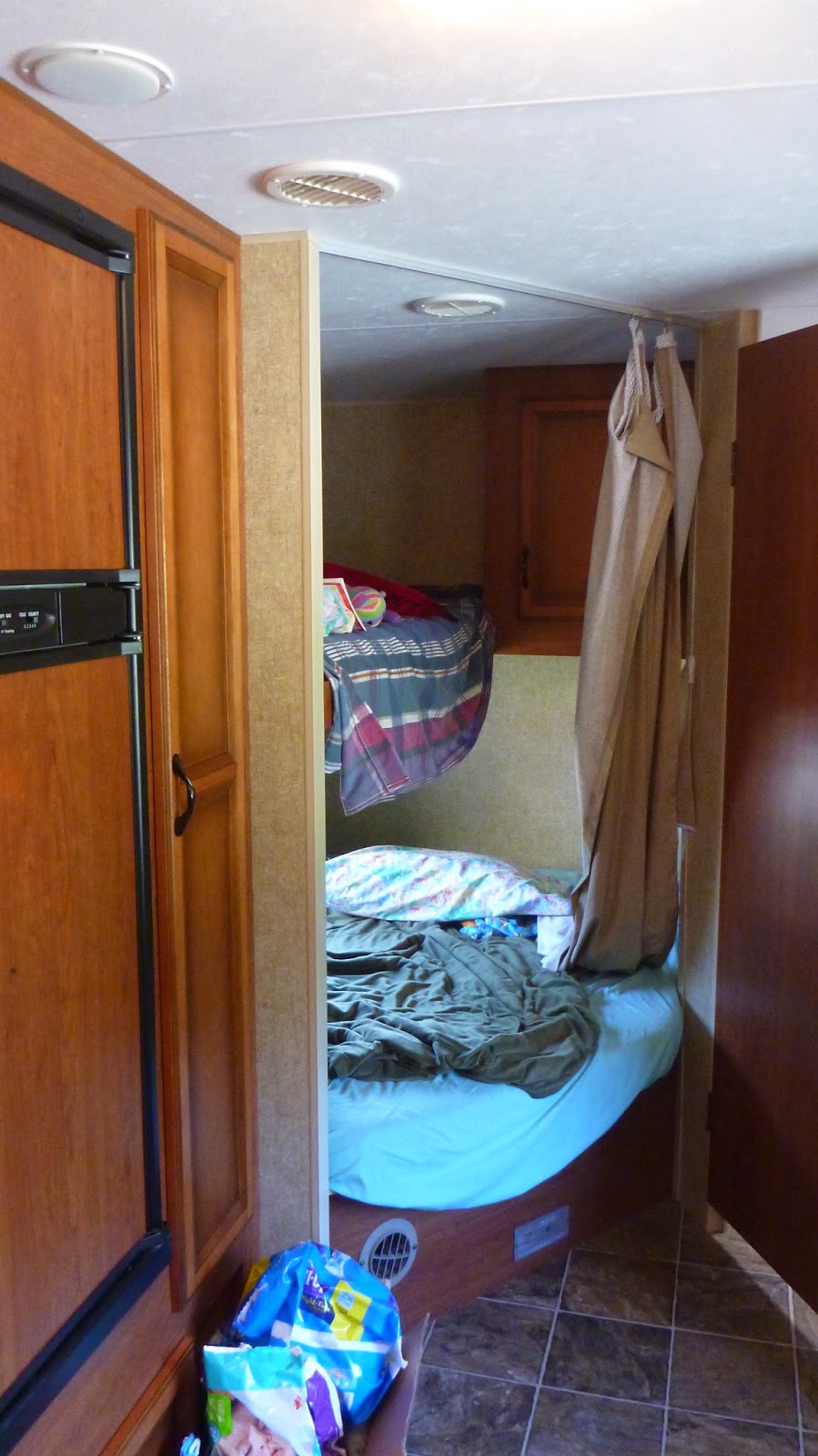 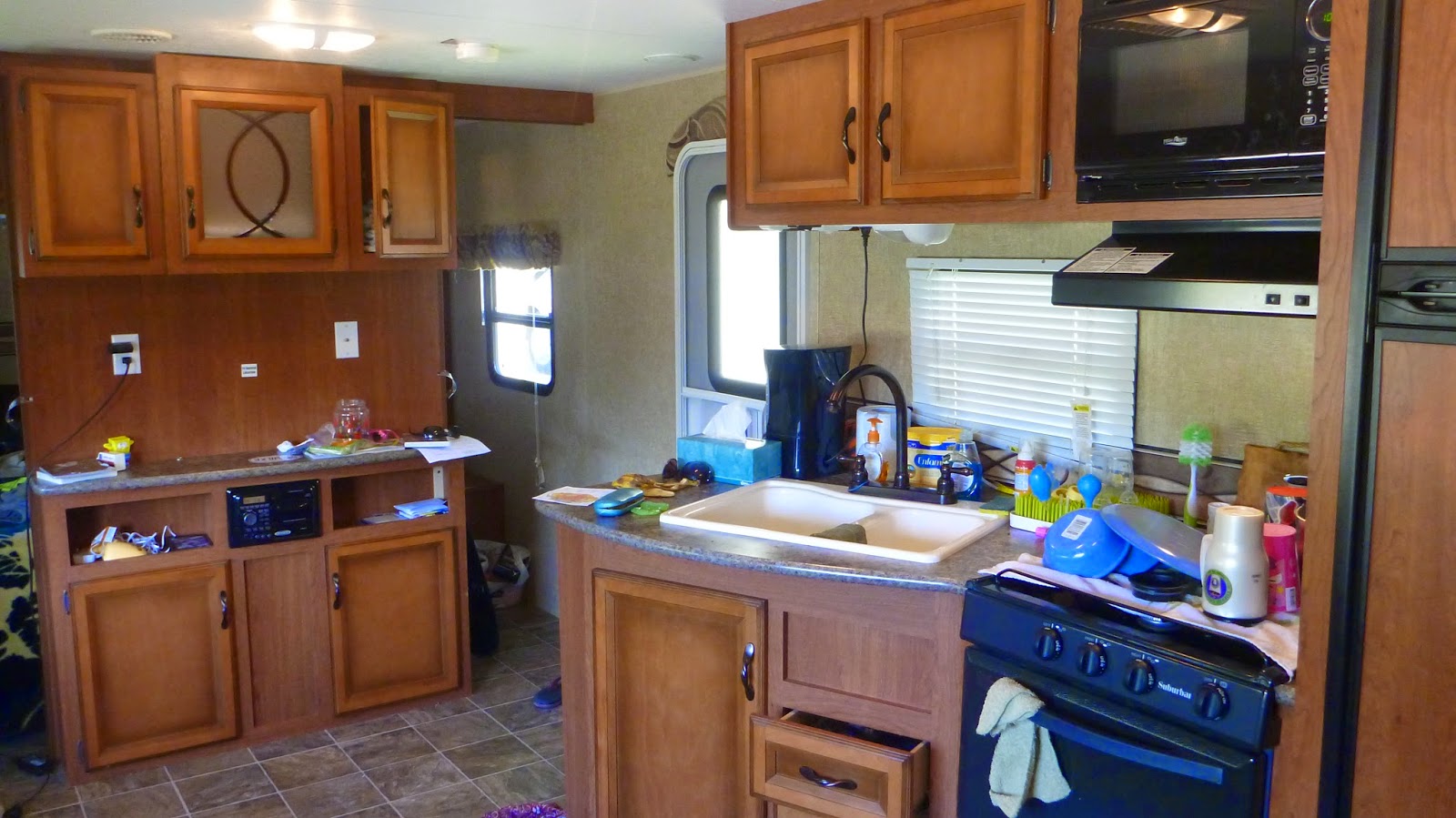 There is a double bed tucked behind the partial wall.  The kitchen was tiny!  I made it work but I would have loved some more counter space.