All our kids have super powers.  Sky's super power is perseverance.  She will stick with something until she figures it out or finishes it.  Fire's super power is his happiness.  He's just a sweet boy and people are drawn to him because of it.  Until last week, Water's super power was sleeping through the night.  Seriously, at three months old, that's a super power and all you could ask from a baby.
Unfortunately, Water has developed a new super power: throwing up.  He does it all the time and he excels at it.  Water has always been a big eater.  He's already eating 6-8 ounces at a time and if we feed him any less, he screams and screams, or if he calms down, he screams to be fed again an hour later.  He's always been able to keep all that food down too, spitting up just a little bit if at all.  That changed last week.  Now, he spits up sometimes as much as an ounce right after eating and continues to spit up intermittently for the next two hours.  You just never know when it's going to come out or how much.  He goes through 5-6 outfits a day, 4-5 bibs, and most of his rags.
I'm not sure what's causing this but it doesn't seem to be passing.  We've cut back to only six ounces of formula but that hasn't helped.  Next we're going to try the soy formula that we can buy here.  Maybe he's developed a reaction to the milk formula he's been on since he was two days old.  He has is 4-month appointment next month and if he's still being super at throwing up then, we'll talk to the doctor about reflux.
What are your kids special super powers?   Have any of your kids had Water's super power (the throwing up, not the sleeping, although you're welcome to share sleeping stories too)?  What did you try and what worked in the end? 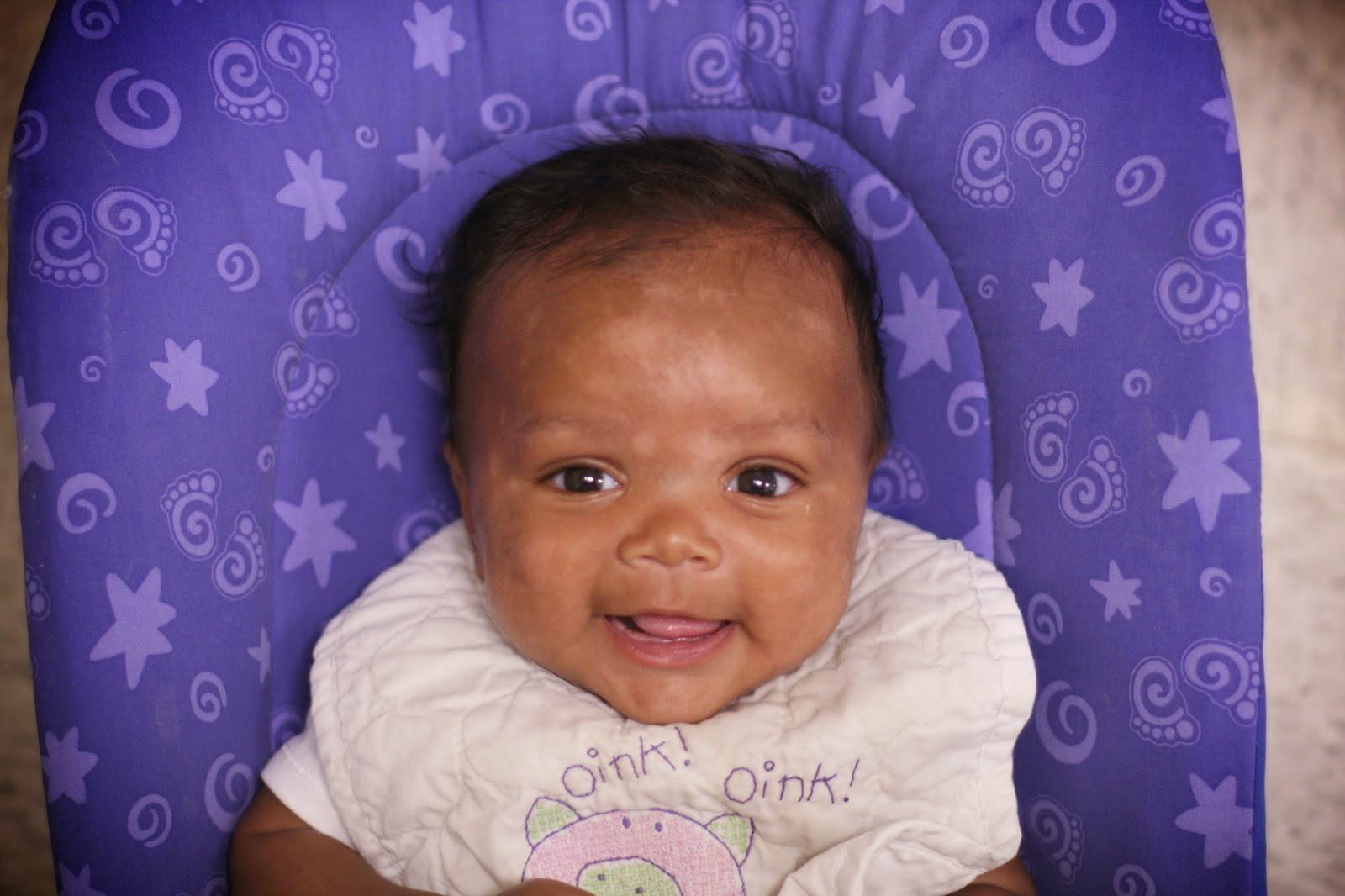 How could so much throw up come out of something so adorable?  One of life's great mysteries....﻿
Labels: Water