This Thanksgiving was probably the best I've ever had on Kwaj.  D and I were apart and I was single-parenting for the first time (and struggling ) over our first Thanksgiving here. Our second Thanksgiving we were still figuring out a baby (since Sky came home to us at 14 months, we skipped a lot of it) and that Thanksgiving was mostly about trying to manage two kids at a friends house.  Thanksgiving last year was bittersweet because Uncle (Fire's grandfather) was in the hospital.  We'd been planning to have him, Auntie, and Fire's brother and cousin over for a real American Thanksgiving.  Then, when Uncle got sick, we thought that the dinner would be a good opporunity to cheer the kids up and let them see Uncle in the hospital but that fell through too.  The food was good but for me at least, the party was a little hollow.
This year though, this year I think we got it right.  We started out on Thursday with a Thanksgiving party at the kids school: 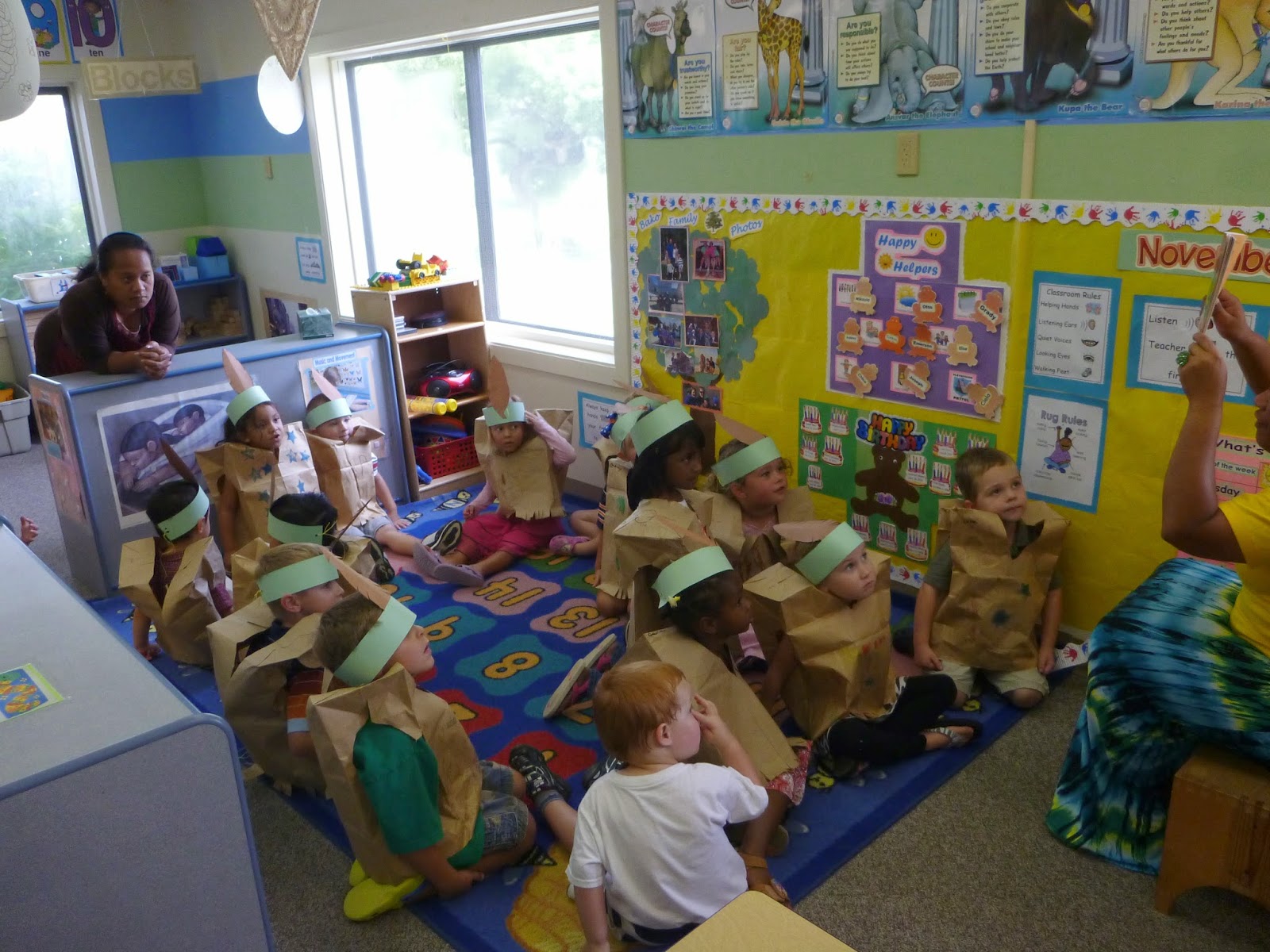 Do you see my little indian?
(Oh, the irony that she is actually Indian, but not that kind of indian!)
﻿ 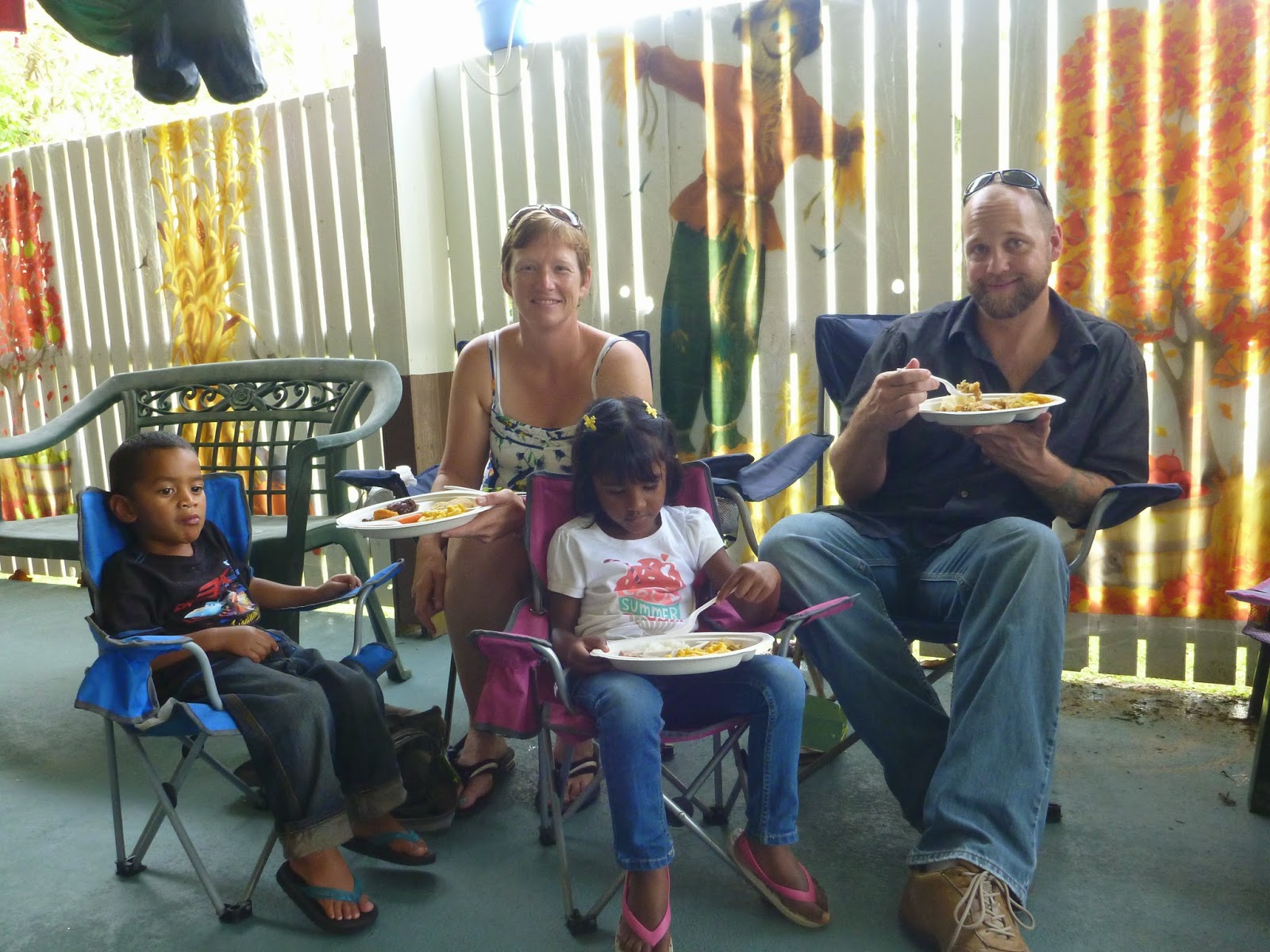 We had a potluck lunch with the kids and then helped them do crafts
On Kwaj, we celebrate most of our holidays a day after they're celebrated in America.  Since we're actually a day ahead, that means that we celebrate on the same day you do.  We had Friday off and we had a great morning with the kids.  D and I both got good runs in and then I took the kids to a friends house for a play date.  That evening we got together at Emon beach for the mother of all potluck dinners.  Everyone brought their favorite Thanksgiving food, the kids played at the beach, and once the sun had set and the flies went down, we feasted.  It was wonderful!  Since everyone brought a little bit, no one had to work too hard, the kids were always entertained by each other, there was always someone to talk to, and at the end we all helped with clean up.  We all had so much fun and I hope this becomes a tradition.