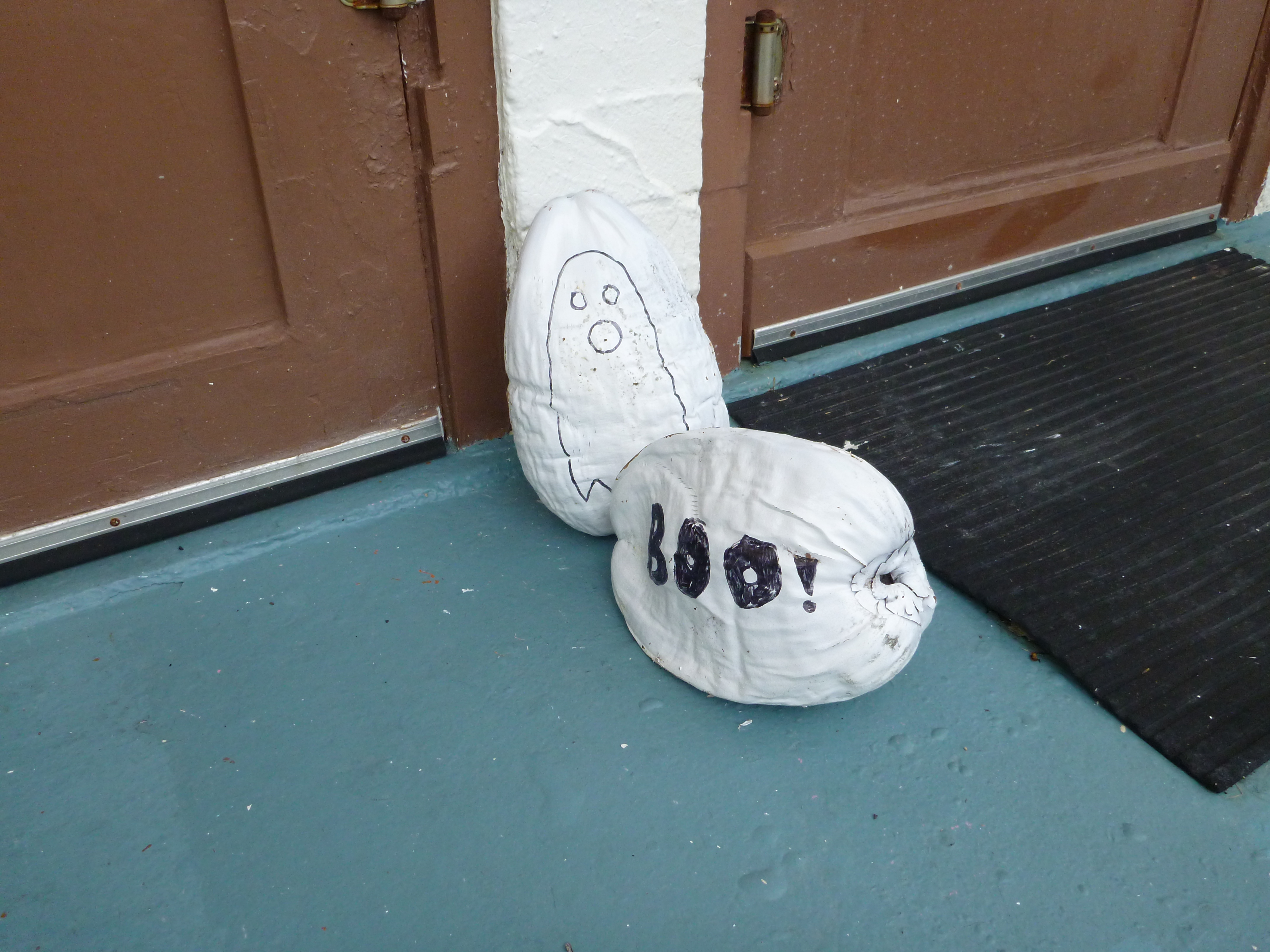 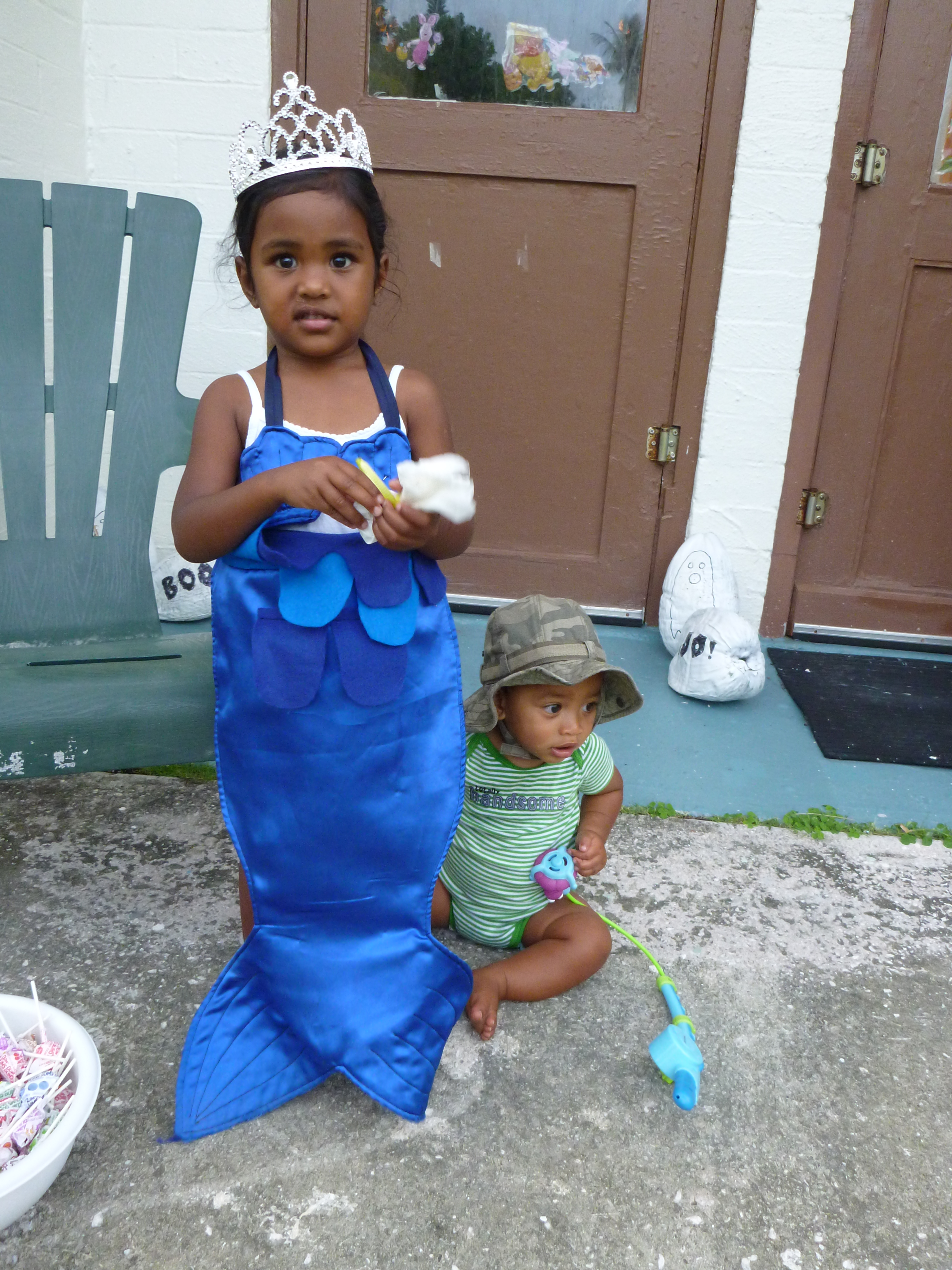 Looks like the fisherman caught himself a mermaid princess 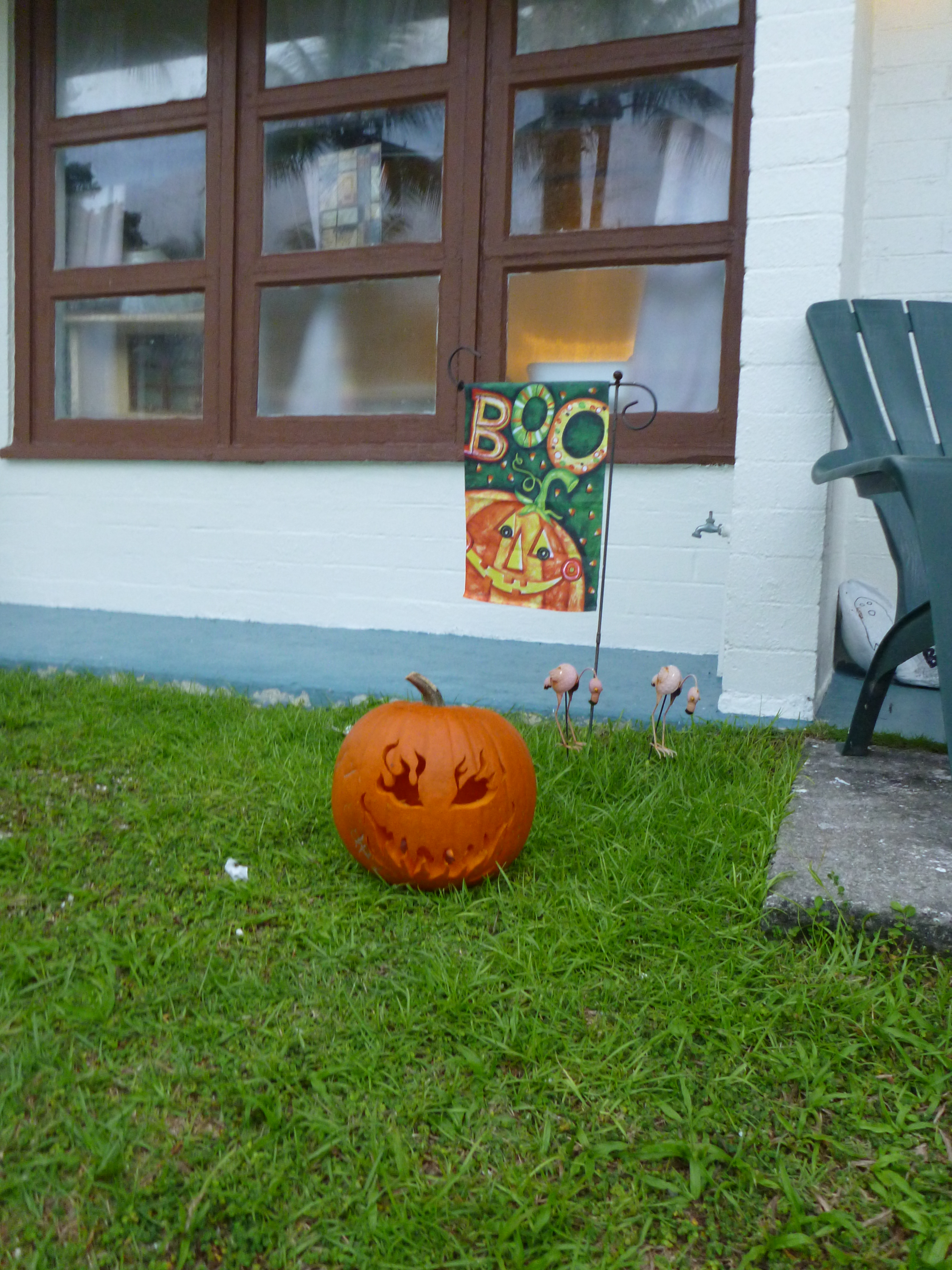 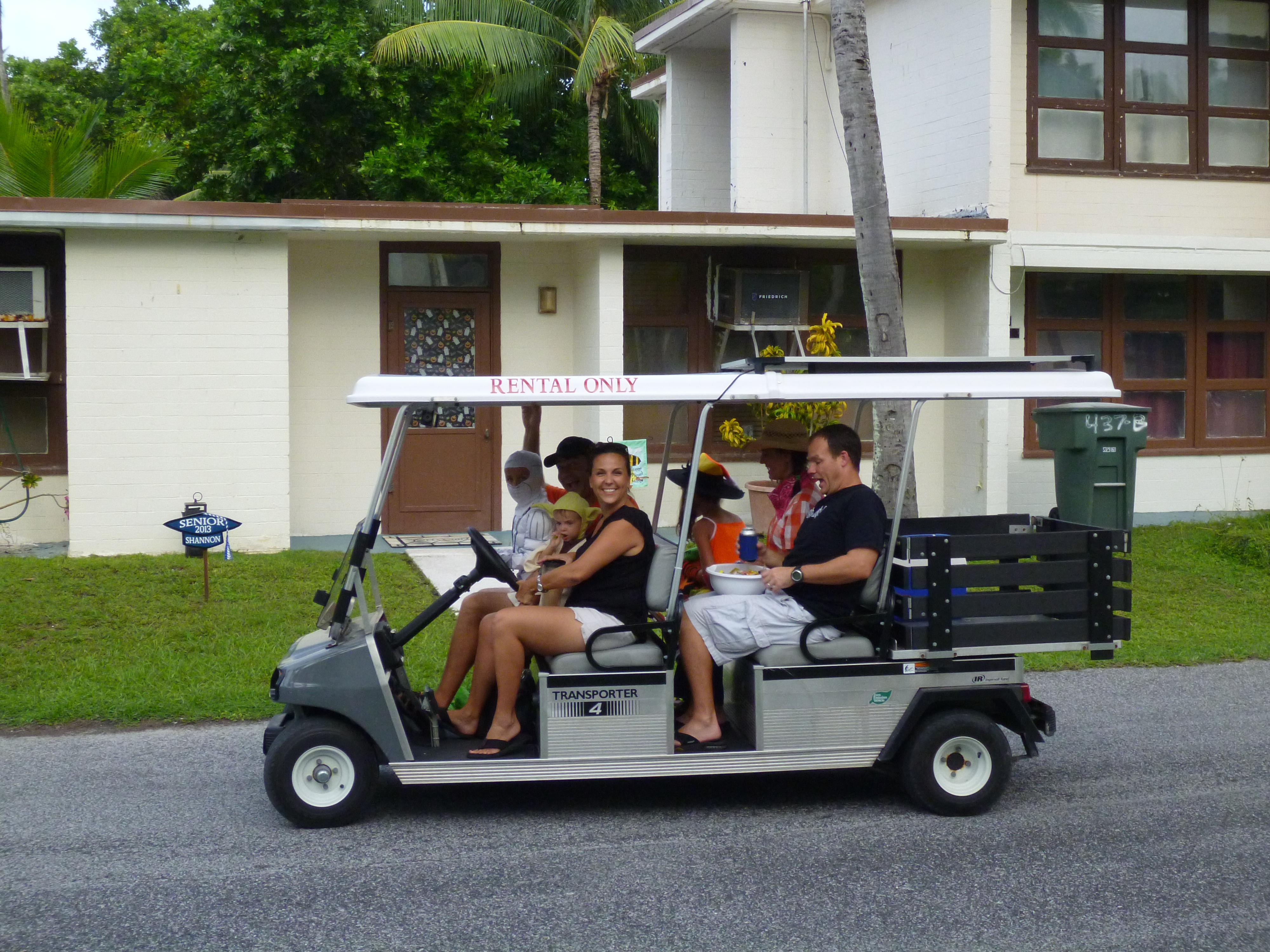 Is this trick-or-treating in style or is it cheating?
(Hint: there's a cooler in the back of that cart!)

Some of the trick-or-treaters that came by 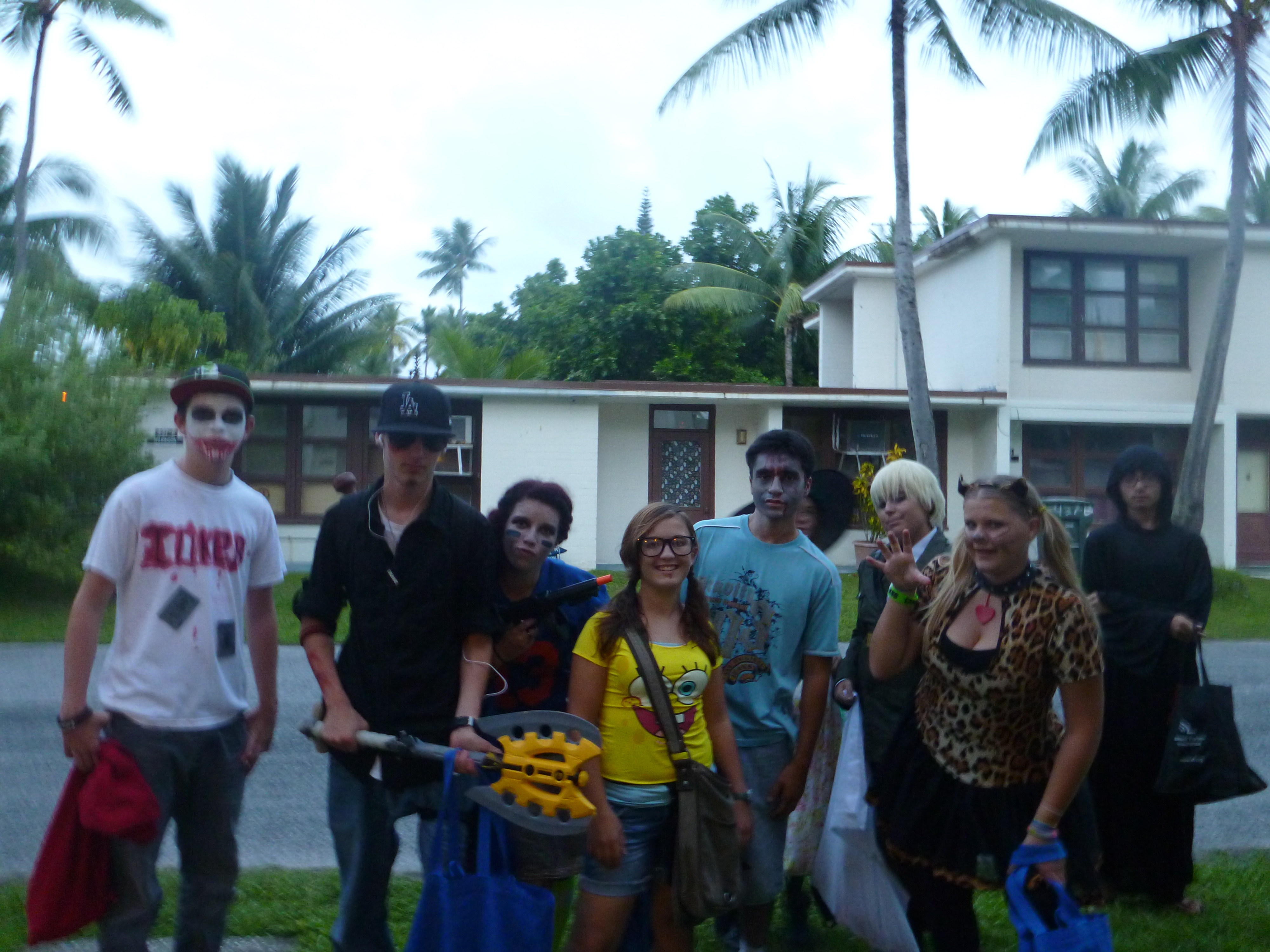 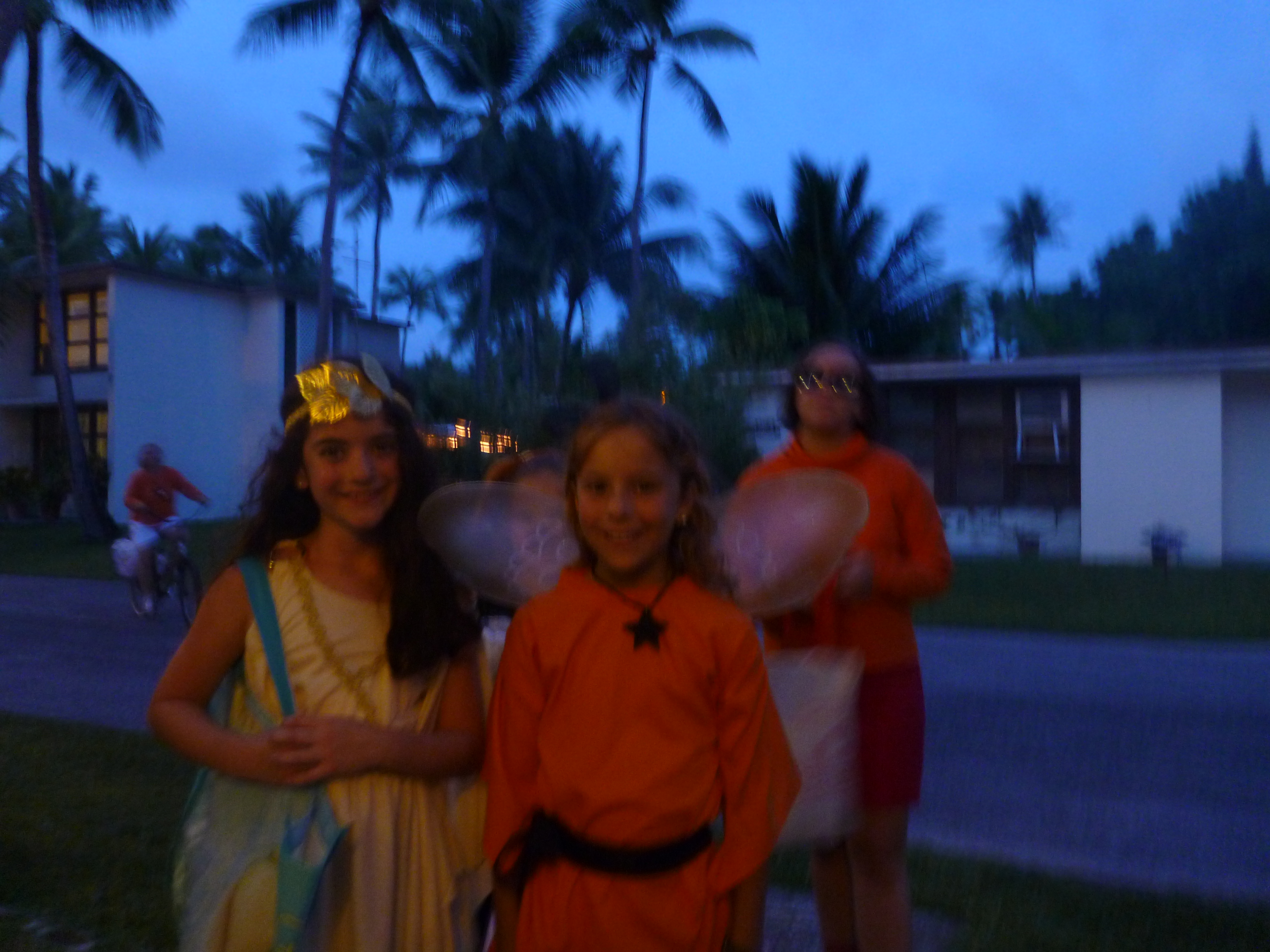 A shot of D's pumpkin, all lit up﻿ 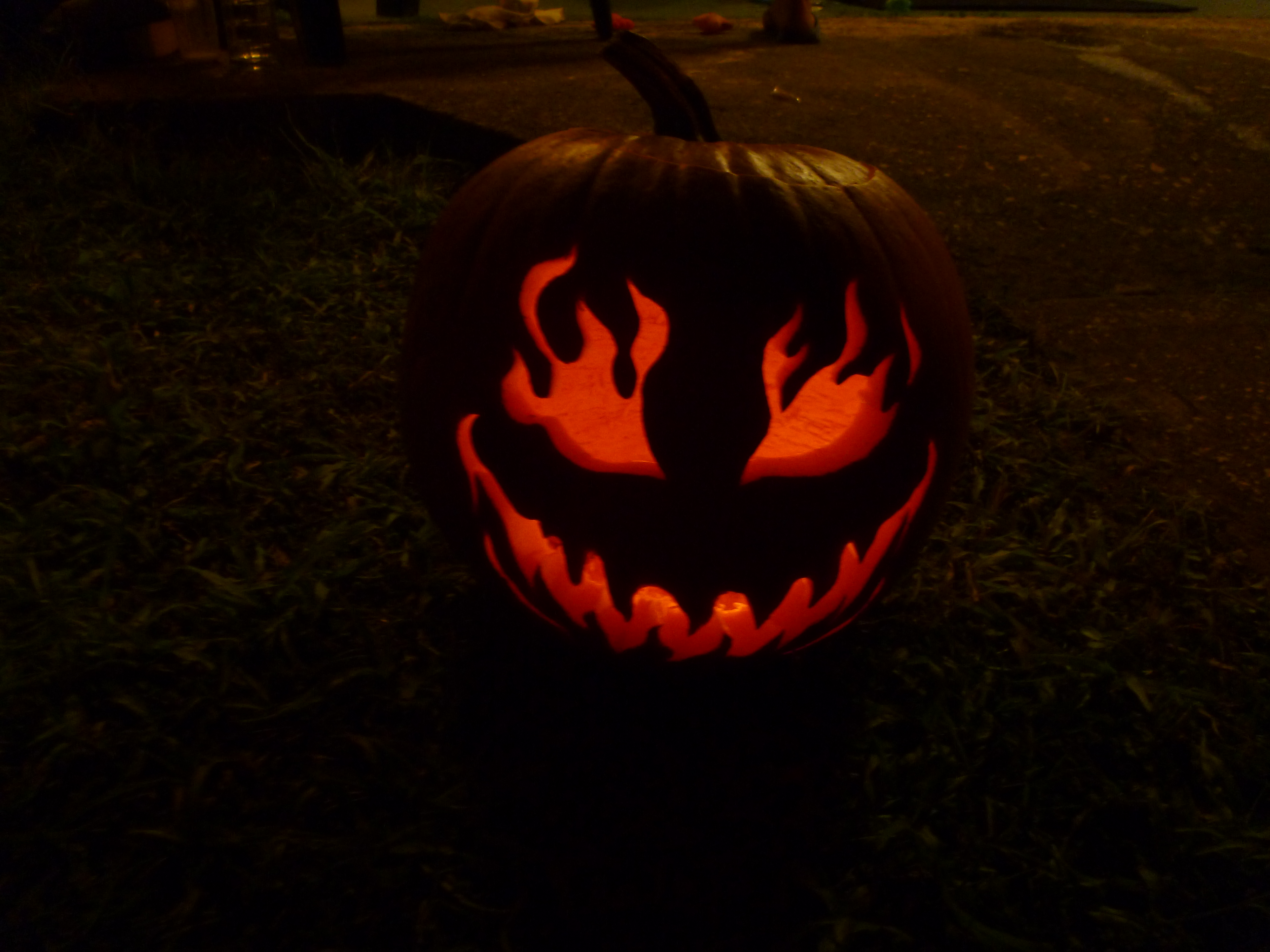 Sky was actually kind of past Halloween before it even started- she'd already dressed up a few times and had some candy so on the evening of Halloween, she wasn't that interested in doing any of it.  She made it up and down our street before demanding that D carry her, so he carried her home.  We set up outside our house and designated her our candy-hander-outer.  She did a great job of saying, "Happy How-eeen" to each kid and putting candy in the bags.  The sidewalks roll up pretty early on Kwaj and most of the trick-or-treaters were done by 8pm.  How was your Halloween?